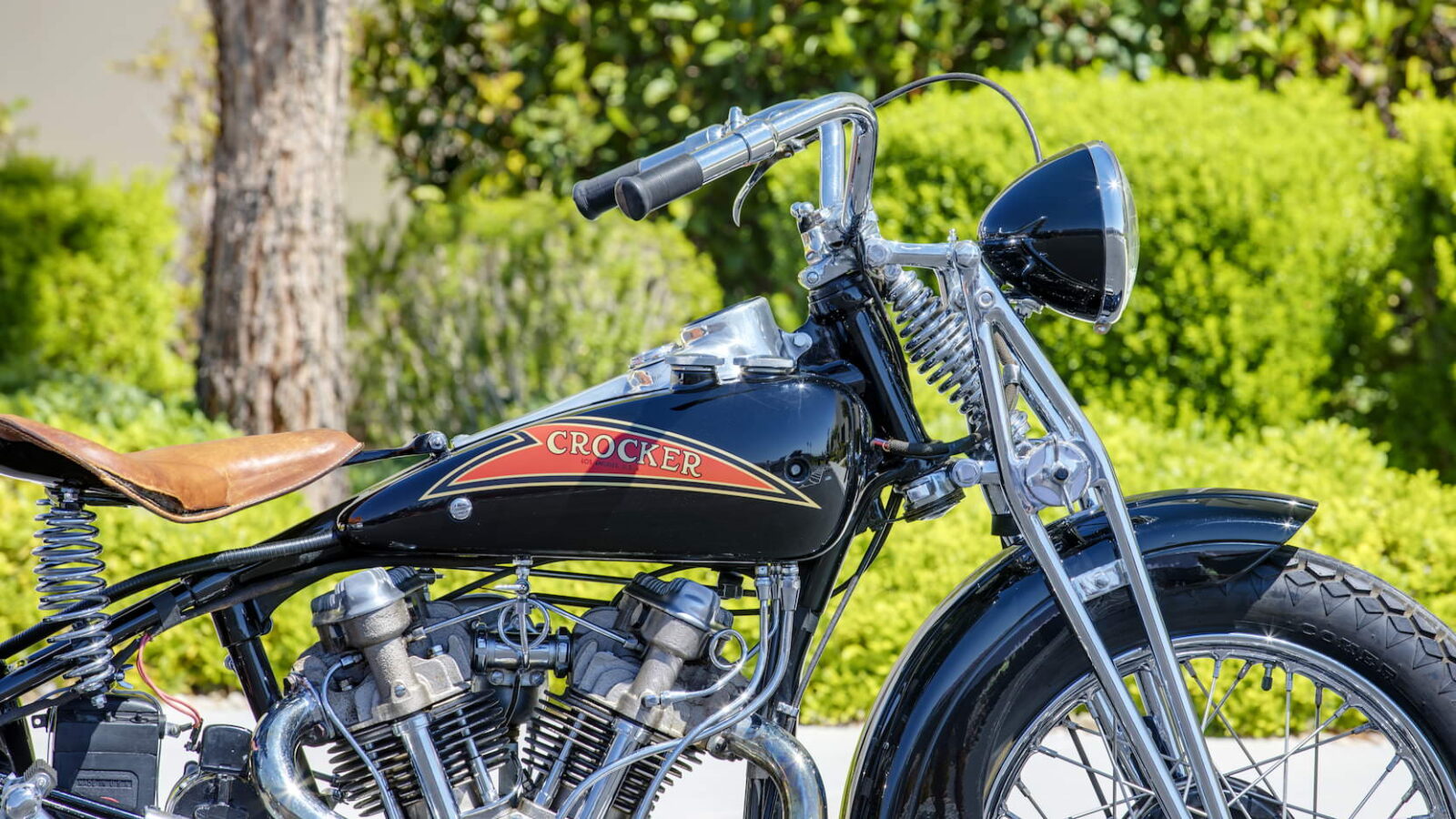 The Crocker Motorcycle Company was founded by Al Crocker in 1932 to build single-cylinder speedway racing motorcycles. Al had an engineering degree from Northwestern University’s Armour Institute and he had previously worked at Thor Motorcycles, and enjoyed a career as a motorcycle racer himself. 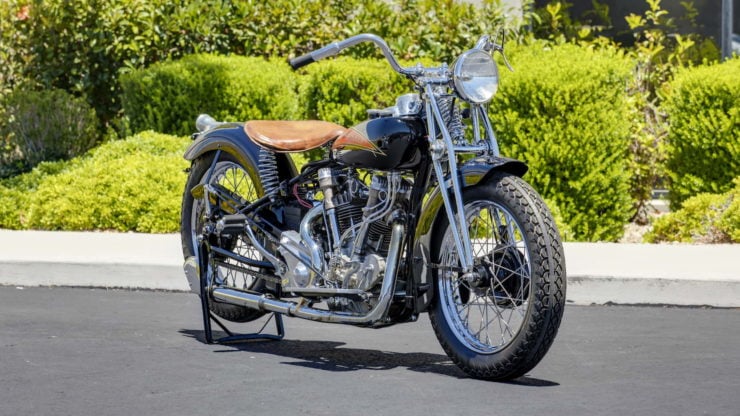 On the race circuit Al met the team at the Hendee Manufacturing Co, before they changed their name to Indian Motorcycles. He later ran Indian Motorcycle dealerships before beginning to develop OHV performance kits for the Indian Scout 101. This led to a decision to make his own motorcycles specifically for speedway racing with Paul Bigsby using bespoke engines, and thus Crocker Motorcycles was born at 1346 Venice Boulevard in Los Angeles.

Approximately 30 of the speedway bikes were built, their first ever race outing was at the Emeryville, California speedway track on the 30th of November 1933 – Crocker motorcycles won 9 of 12 heats in one evening. This pattern of success would continue as Crocker Motorcycles saw notable successes on the dirt tracks of the 1930s in the hands of privateer racers.

It was in 1935 that Al Crocker and Paul Bigsby developed the motorcycle that would make the Crocker name famous, the fastest production American motorcycle ever made up until that point – the Crocker V-twin. 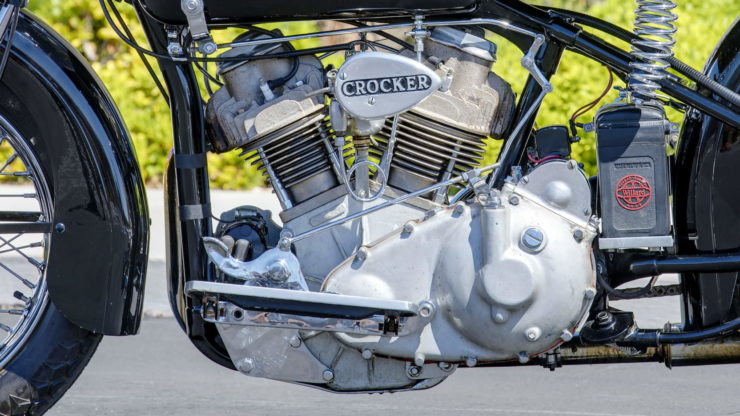 Much like the Brough Superior SS100 built over in Britain, each Crocker V-twin would be unique, and tailored to the new owner’s specifications. Engine sizes started at 61 cubic inches (999.6cc) and this was the most common engine size, however a larger 91 cubic inch (1,491cc) was available for special order.

The standard 61 cubic inch V-twin was capable of 60+hp in stock trim and able to push the Crocker to a top speed of 110 mph, this was enough to beat the SS100 and close enough to give the mighty Vincent Rapide a run for its money. No other production motorcycle in the United States at the time could come close to it, and it wouldn’t be till after the end of WWII that it would be matched.

60 hp was a number more likely to be seen associated with an automobile in the 1930s and it was more than many road cars could claim. Crocker used what was likely the toughest production motorcycle gearbox in the world any the time, a 3-speed unit that also formed part of the lower frame. 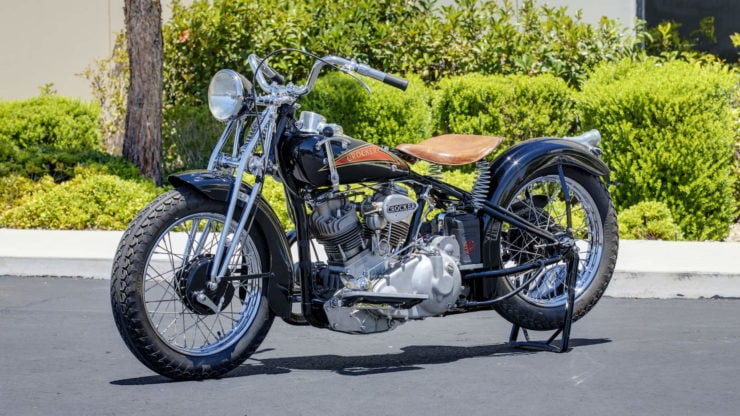 The the cylinder barrels were cast with thick walls allowing them to be over-bored easily up to 1,491cc for those who wanted borderline obscene power for the era. The Crocker was close to 50% more powerful than its big twin competition from Harley-Davidson and Indian, and Al Crocker famously offered a full money back guarantee to any Crocker owner who was beaten by a standard Harley or Indian on the street.

The Crocker V-twins built from 1936 to 1938 were fitted with the smaller cast aluminum fuel tanks and so became known as “small tanks” in collector circles. From 1938 onwards the fuel tank size would be increased for extended range, and these models would be known as “big tanks”.

The 1937 Crocker you see here is a small tank model with an original 61 cu in V-twin with a fresh restoration by the team at 1346Venice in Sydney, Australia – at the time they had the largest Crocker collection in the world.

The restoration work was performed under the supervision of owner “Chilli” Childs, this bike was carefully restored and now features a stronger clutch to make it daily rideable if the new owner should so wish.

If you’d like to read more about this Crocker or register to bid you can click here to visit the listing on Mecum. 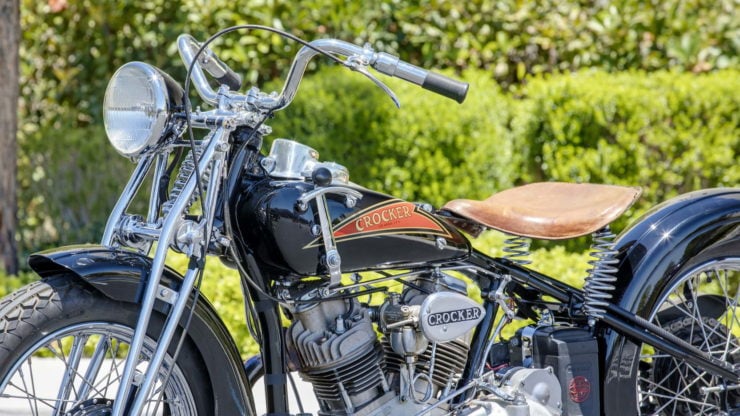 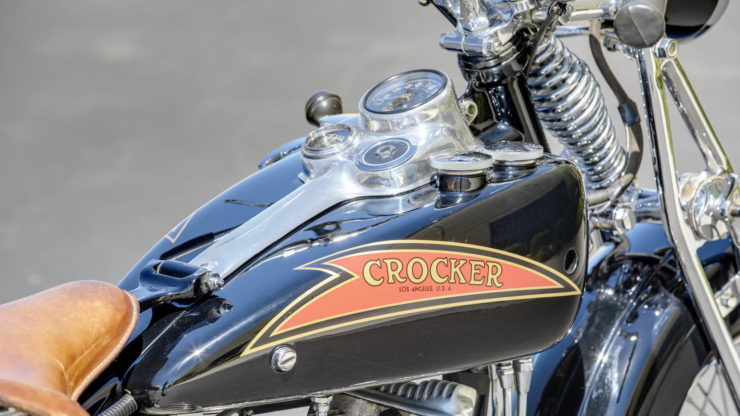 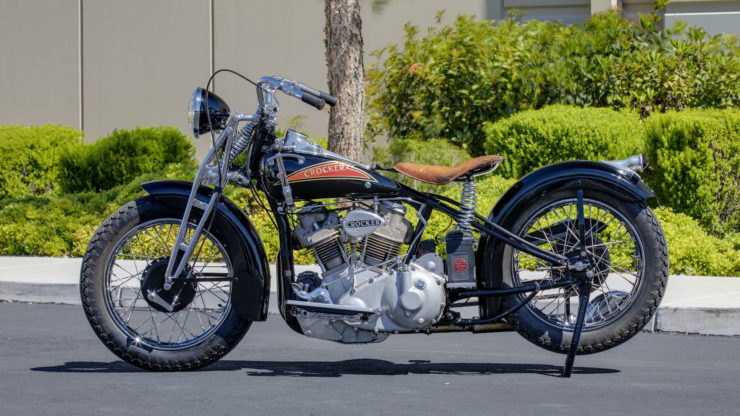 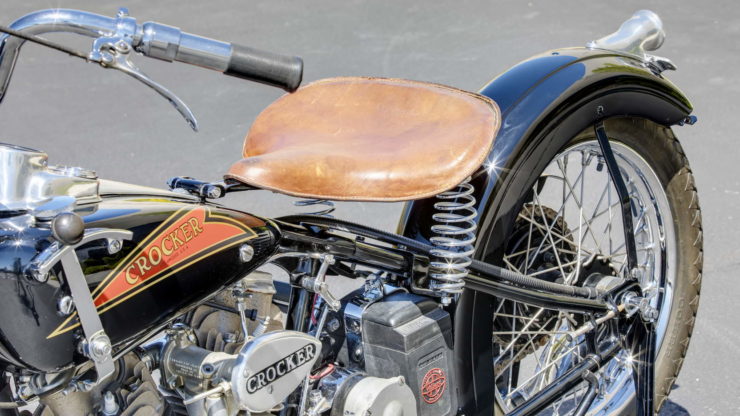 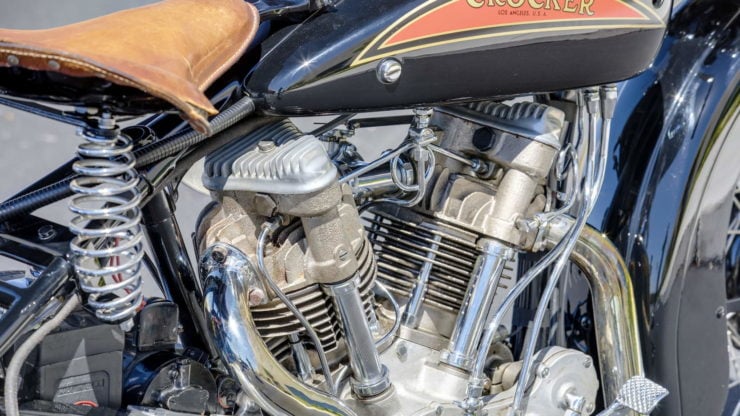 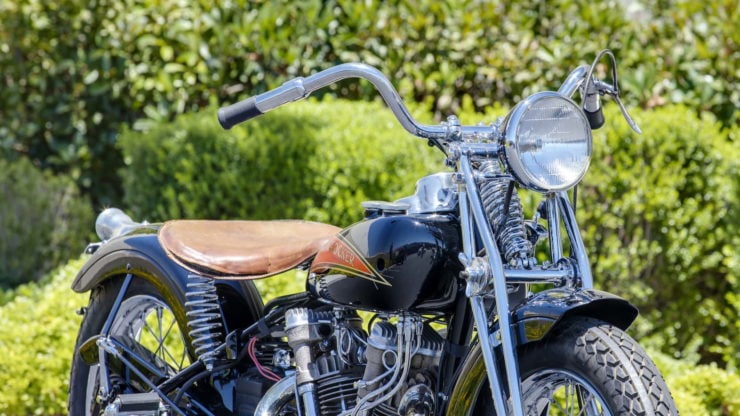 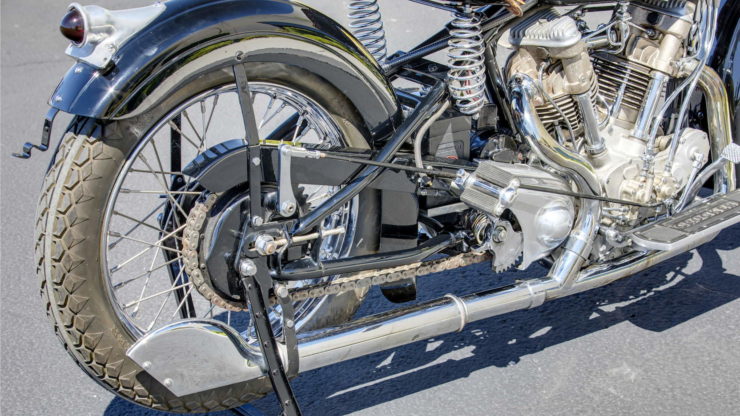 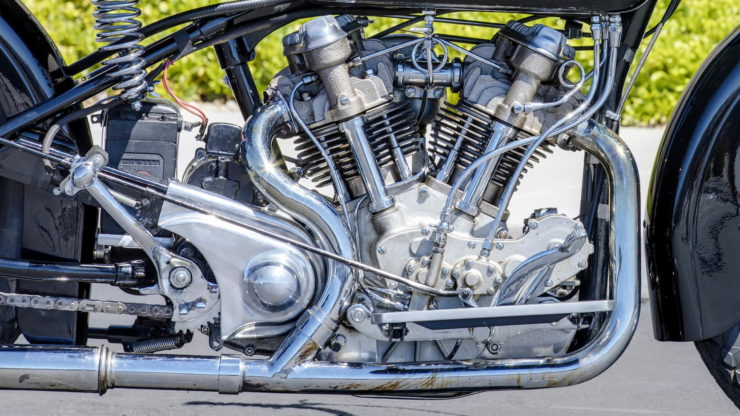 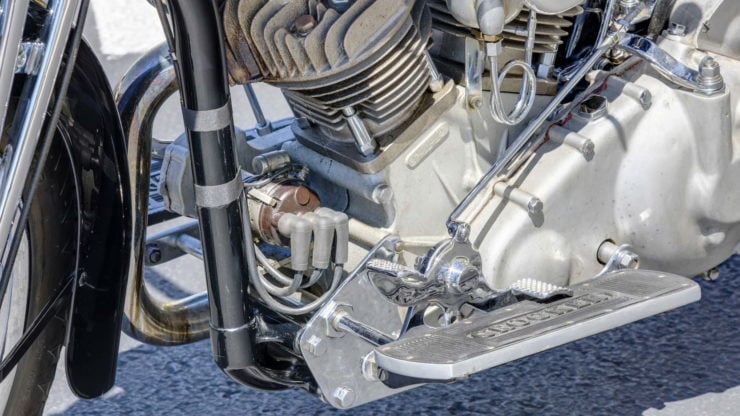 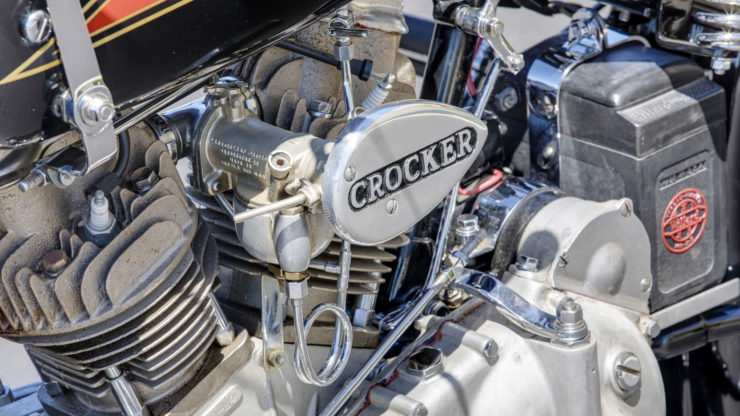 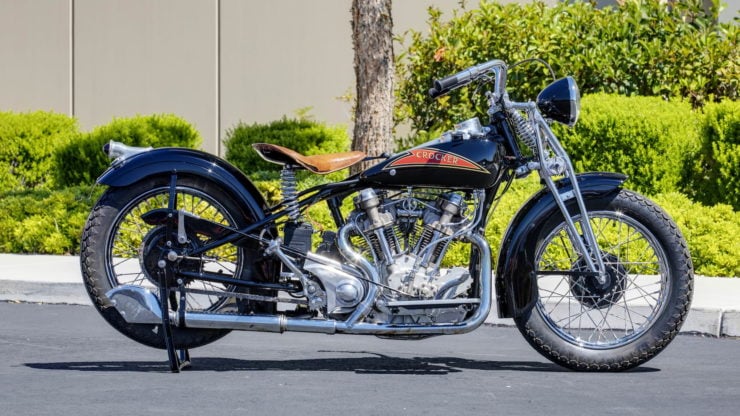 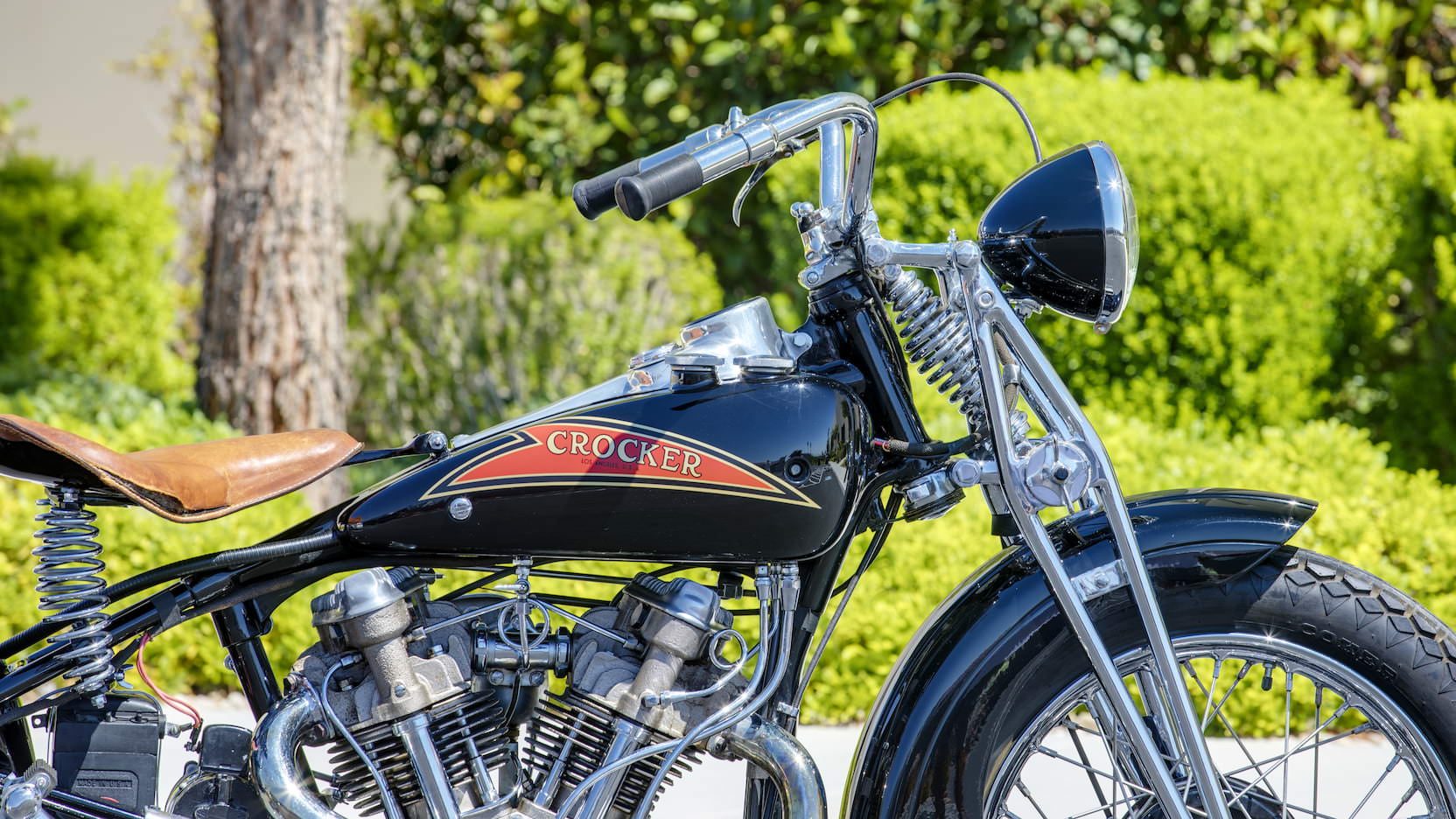