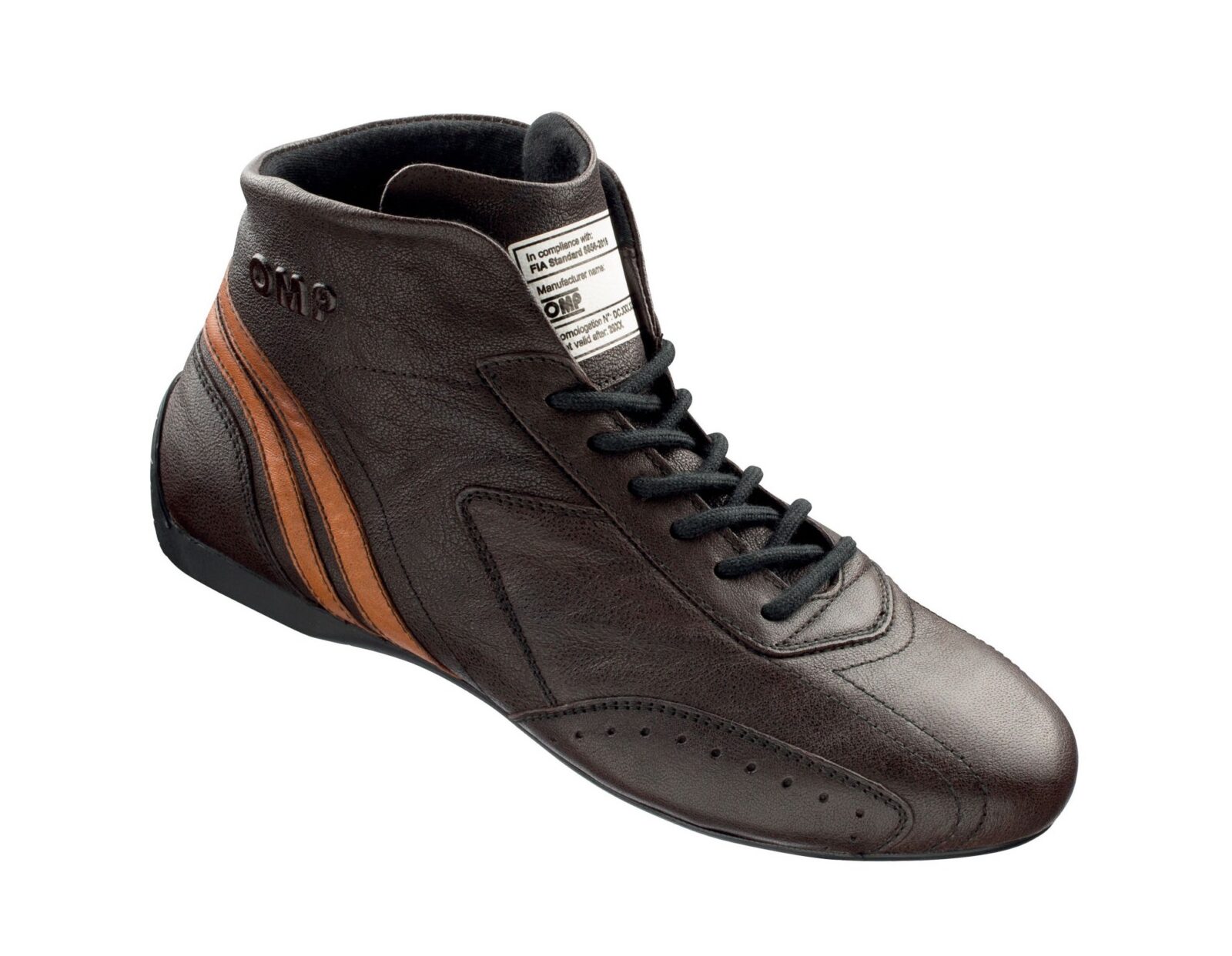 These are the new-for-2021 OMP Carrera driving shoes, they’re a race-ready boot that’ll be popular with the kind of folks who compete at vintage events like the Goodwood Revival and Le Mans Classic, however they’re not just for show – they’re fully homologated for race use.

OMP stands for “Officine Meccaniche Percivale” – Italian for “Percivale Mechanical Workshop” – the company was founded by the three Percivale brothers Claudio, Piergiorgio, and Roberto in 1973.

Initially the company built hardware for rally cars, things like roll bars and exhaust systems, but this expanded to include fireproof suits, boots, gloves, and helmets for drivers in the 1980s. Over the decades OMP Racing gear has been used by a long list of top flight racing drivers in Formula 1, the World Rally Championship, the 24 Hours of Le Mans, and a slew of other racing series.

The company has also sponsored some of the biggest names in the history of motor racing, like Ayrton Senna, Michael Schumacher, Mika Häkkinen, Nigel Mansell, Martin Brundle, Damon Hill, Mario Andretti, Kimi Räikkönen, and many more.

The new OMP Carrera driving shoes shown here have an upper made from high-quality leather with an ultra soft feel, they have a hand-crafted rubber sole that is hydrocarbon resistant, and a soft knit Nomex inner lining for fire resistance.

As you would expect from any pair of driving boots, these have a sole that curves up around the heel to keep your feet firmly planted in the footwells when you’re working the pedals, whether you’re driving at Le Mans or your local autocross.

OMP Racing are offering the boots in three colorways including black, dark brown, and natural leather. Sizing ranges from 37 to 48, they cost $379 USD, and the tongue of the boots shows that they’re homologated to the FIA 8856-2018 safety standard. 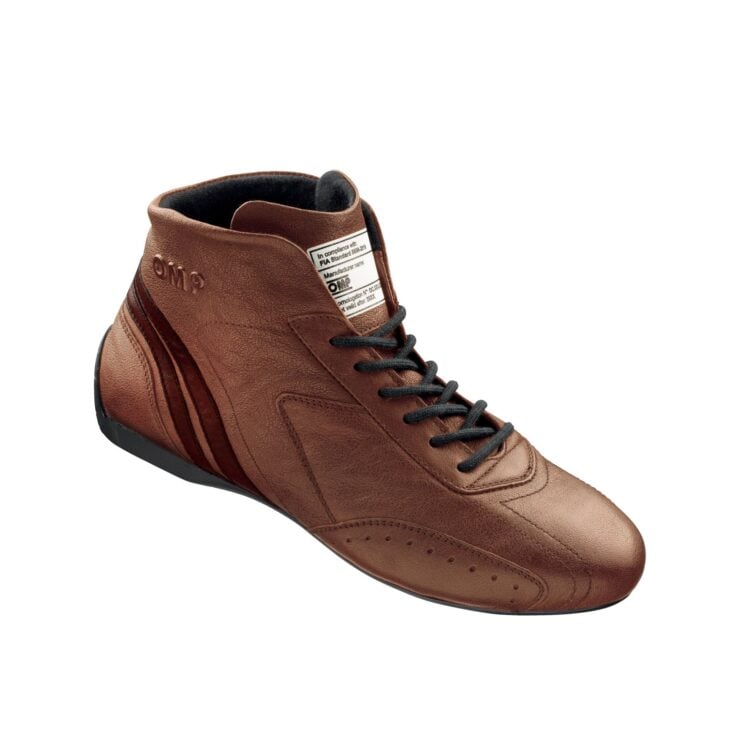 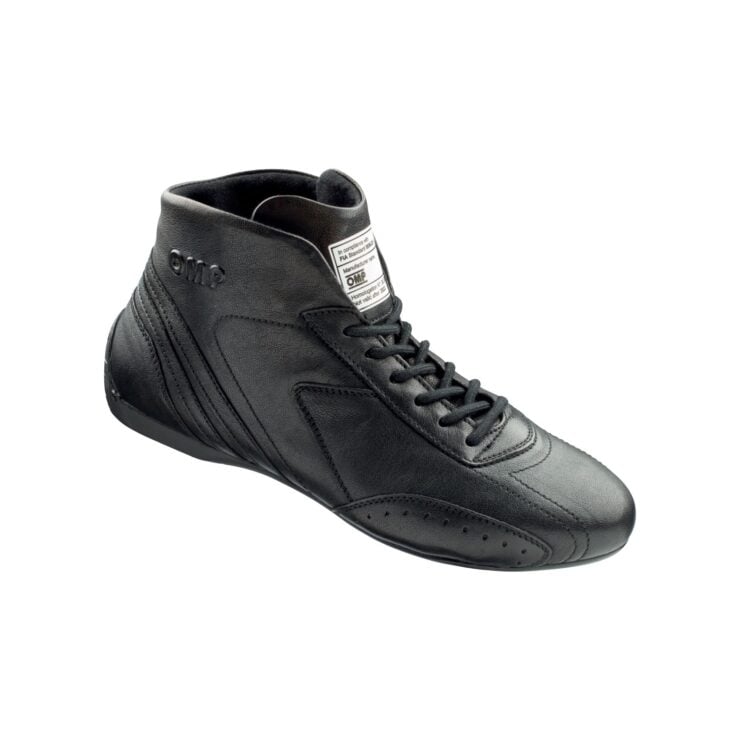 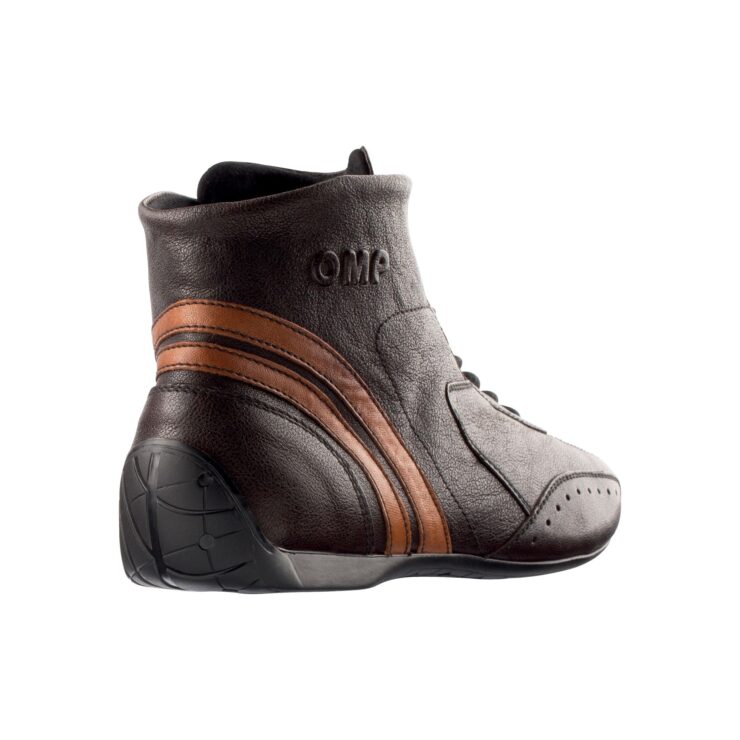 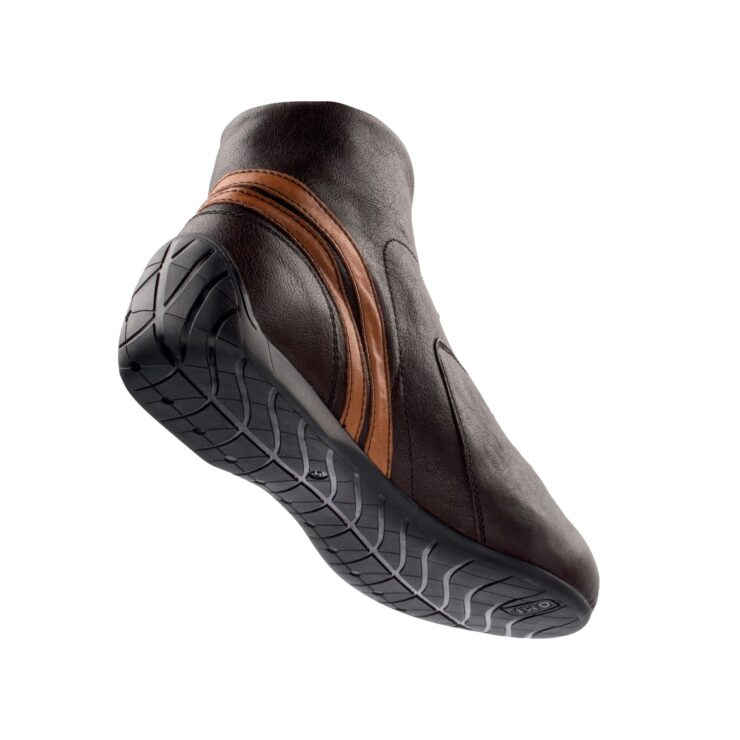