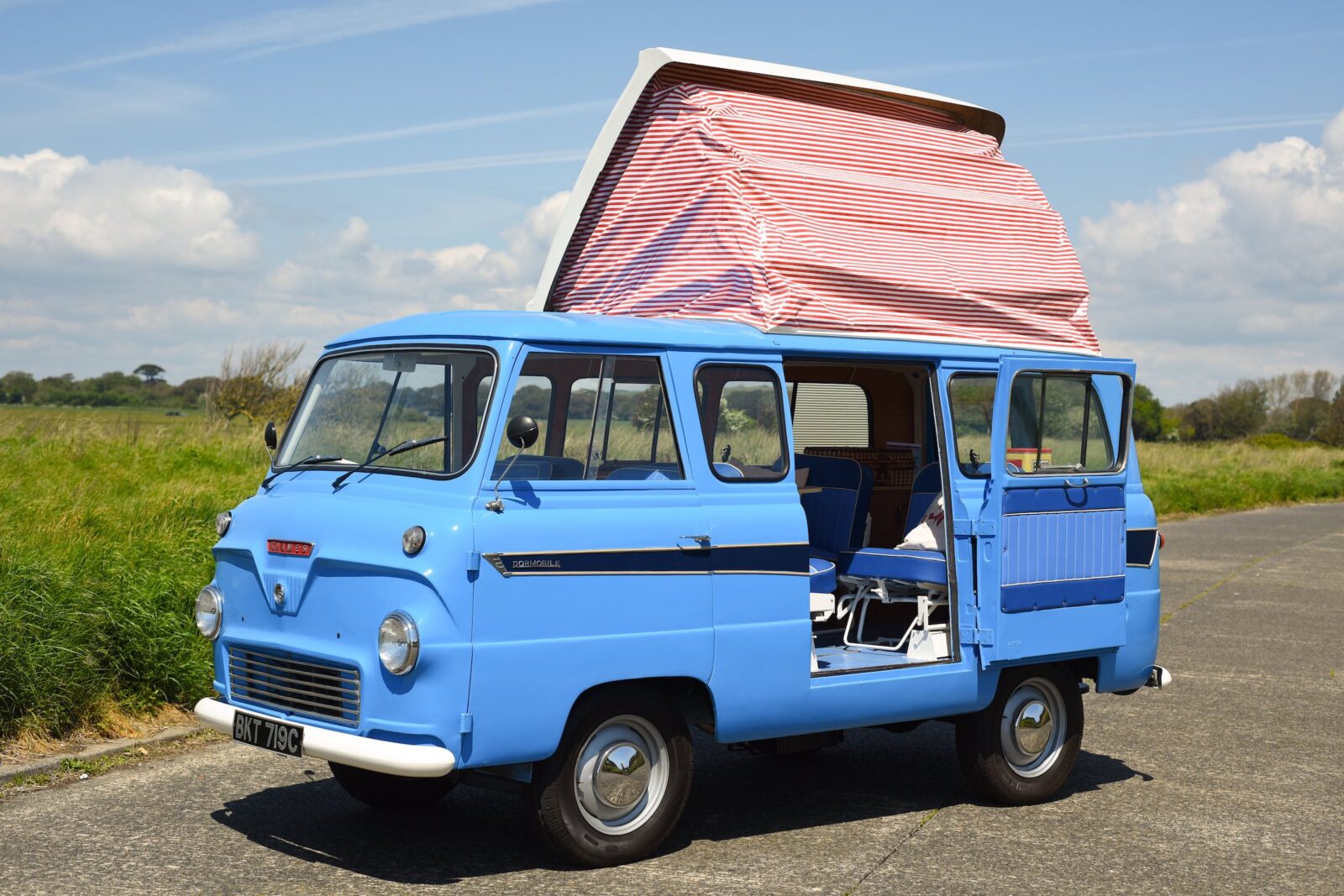 The Ford Thames 400E was released in 1957 to compete with similar vans built by the likes of Volkswagen, Bedford, Austin, and Morris. The “Thames” brand was used by Ford of Britain for their commercial vehicles from 1952 onwards and the 400E commercial van would become the most popular model.

The Thames 400E became a popular platform for customization, typically into camper vans, as unlike many of its competitors it used more traditional body-on-chassis design rather than unibody construction.

This allowed a lot of flexibility when building new bodies for the 400E and as a result it was frequently used as a starting point by camper van builders like Dormobile in the United Kingdom.

What Is A Dormobile?

Dormobile was originally founded back in 1773 as Martin Walter, a company that made harnesses for horses. They soon started building carriages as well and by the early 20th century they were an established automobile coachbuilding firm.

The first Dormobile camper was released in 1952, it was called the “Bedroom On Wheels” and proved immediately popular. A few years later the first full camper would be released, with an opening “Pop Top” and internal accommodations that included a cooker, ice box, and seats that could convert into beds.

By the early 1960s Dormobile was Britain’s biggest caravan builder and they were building campers out of a wide range of vehicles, from Land Rovers and Bedfords to VW Kombis and of course, the Thames 400E.

The company would eventually go out of business in the mid-1990s due in part to the popularity of cheap package holidays, however it was resurrected in 1997 and remains in business today providing all new campers as well as parts for their vintage models. 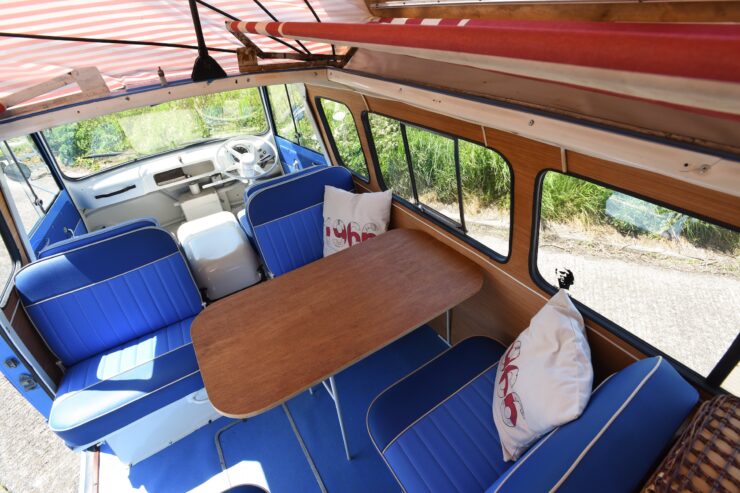 Above Image: The interior of the camper has two seats up front, with a main seating area for four that can be converted into two beds.

The 400E you see here was first registered in March 1965 by Martin Walters Dormobile Conversions, it was built into a camper from a new vehicle and then sold to its first owner in Dublin, Ireland in 1967.

The camper would remain in Ireland for 48 years, only leaving in 2015 when it was sold to its current owner. In more recent years this Dormobile has benefitted from a body restoration, it was taken back to bare metal so that fabrication, welding, and paint work could be completed.

The tired original engine was replaced with a more powerful replacement high-compression 1,703cc unit which was rebuilt by Phoenix Rebore. The vehicle is now in good condition overall and ready for duties once again as a summer holiday cabin on wheels that wouldn’t look a whisker out of place in a Wes Anderson film.

Inside you’ll find seating for four that folds down to make two beds, there are also two cot/hammocks in the roof which are usable when the top is in the fully open position. In the rearmost section you’ll find some cupboards and a two burner gas cooker next to a sink with running water. 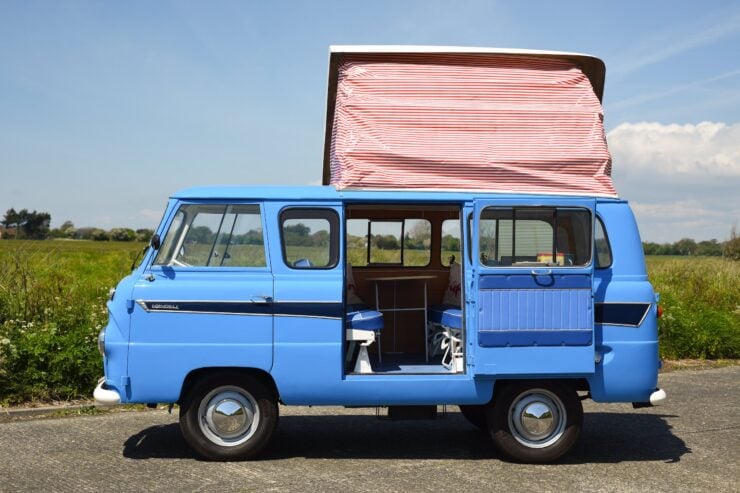 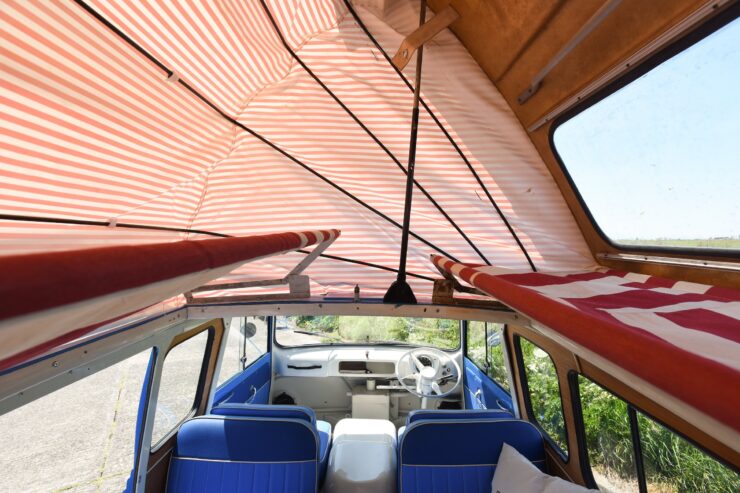 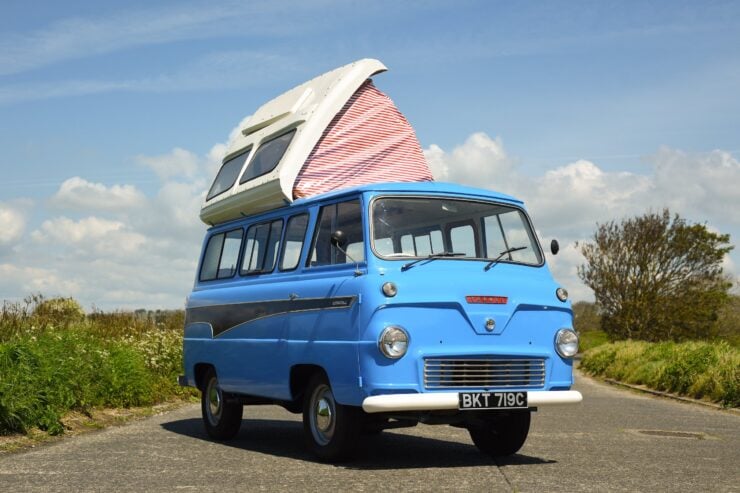 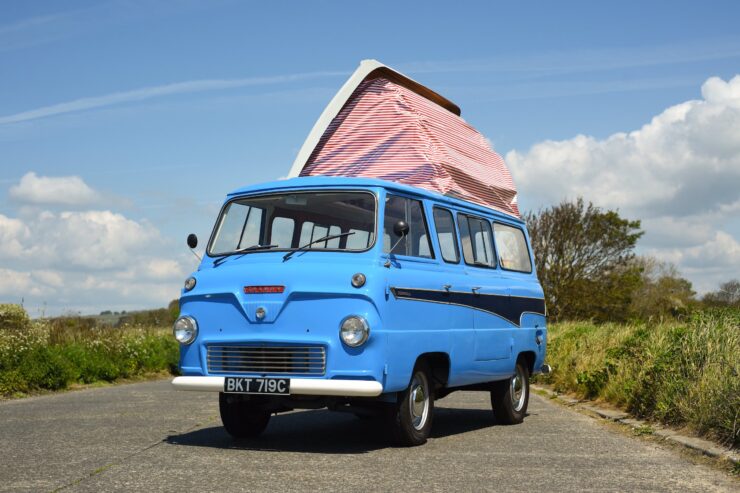 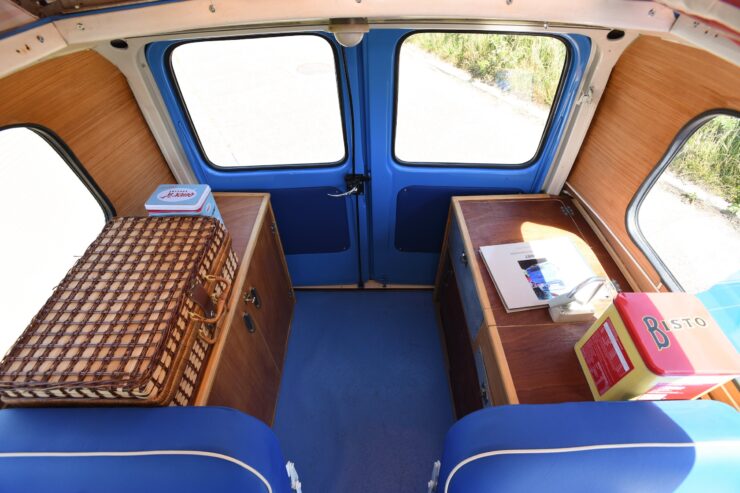 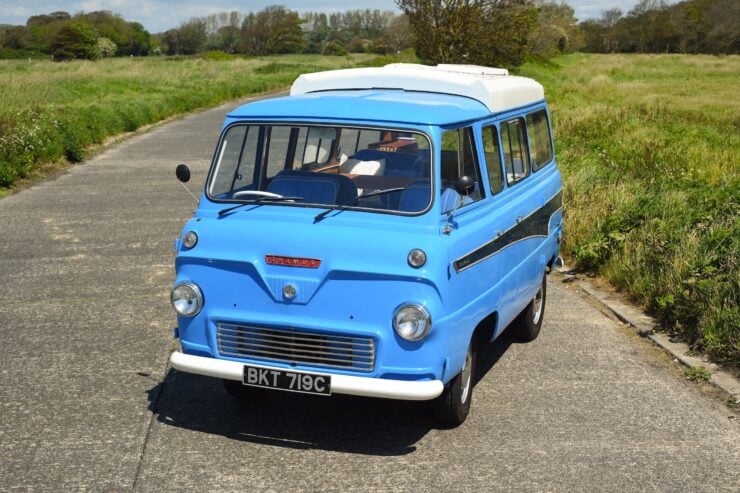 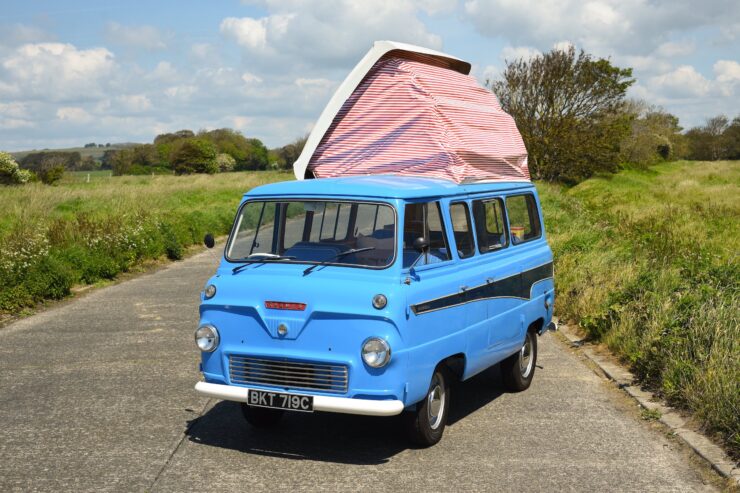 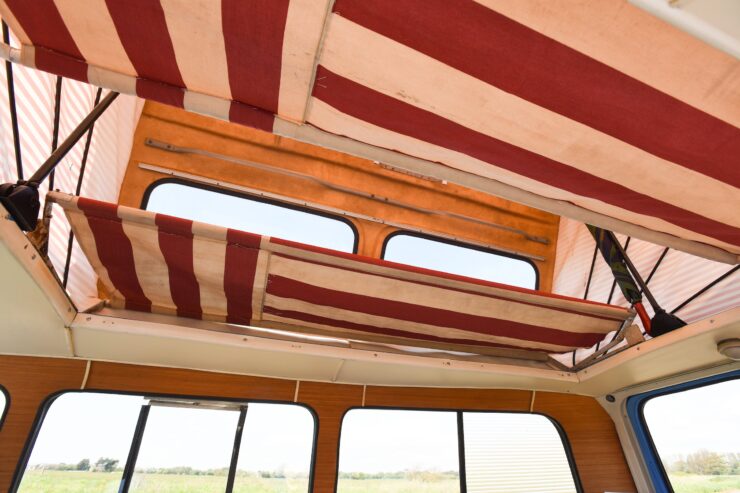 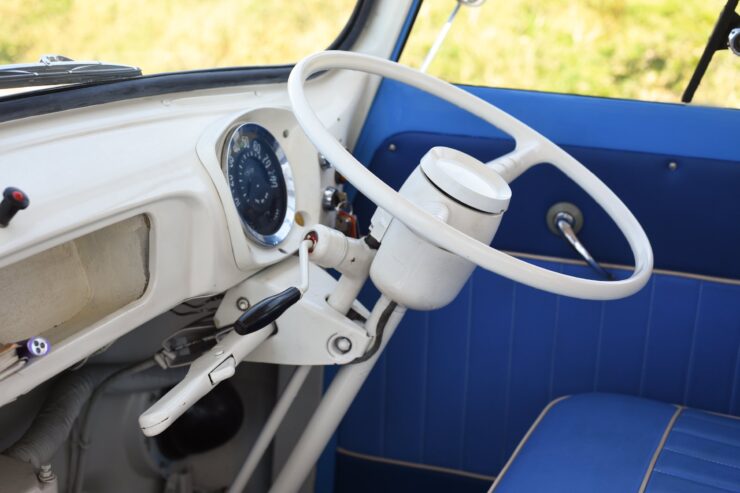 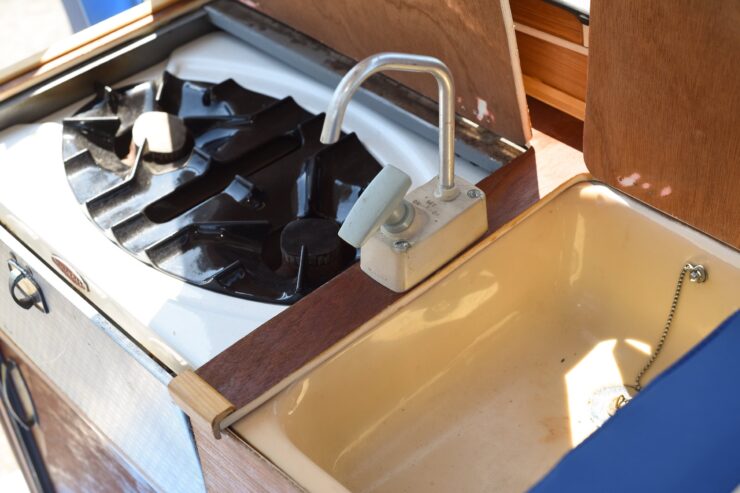 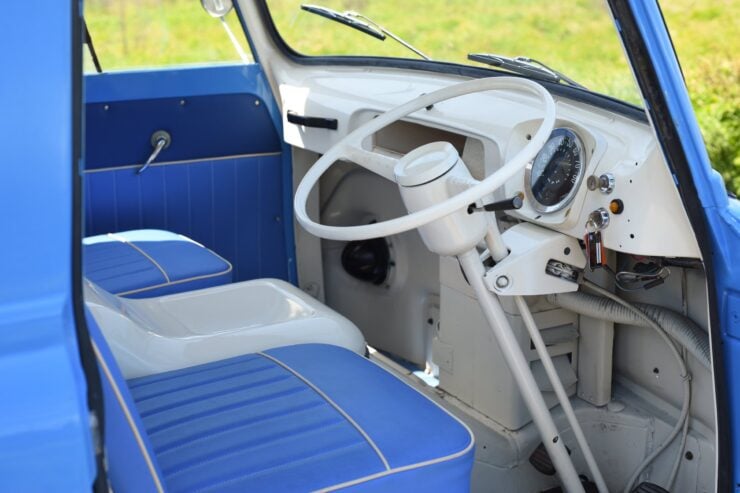 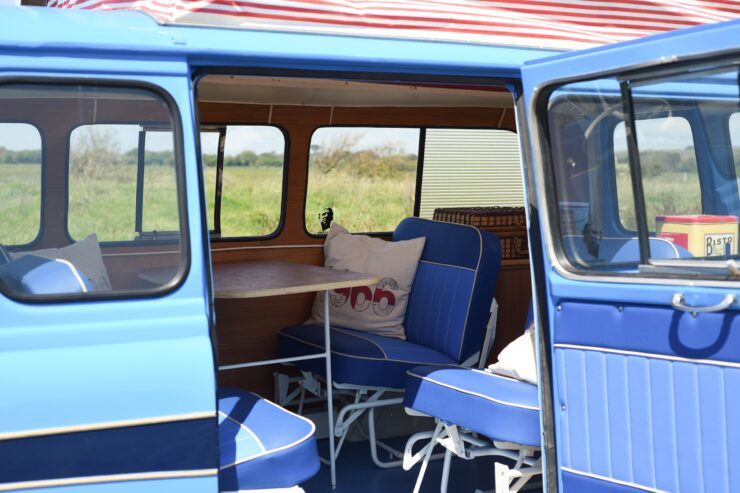 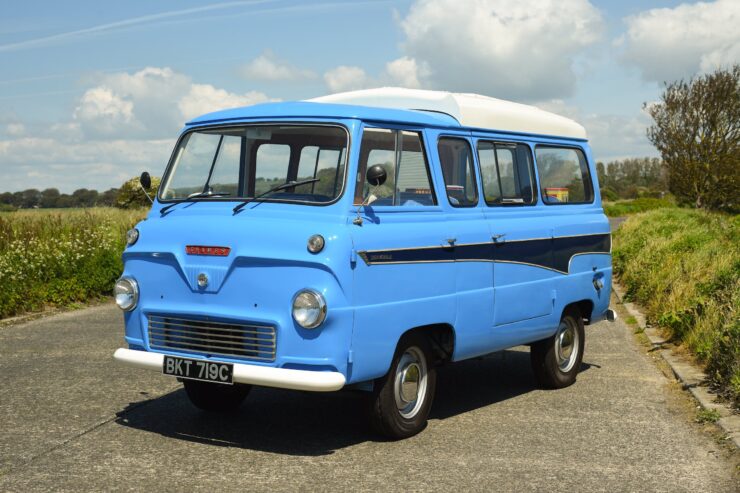 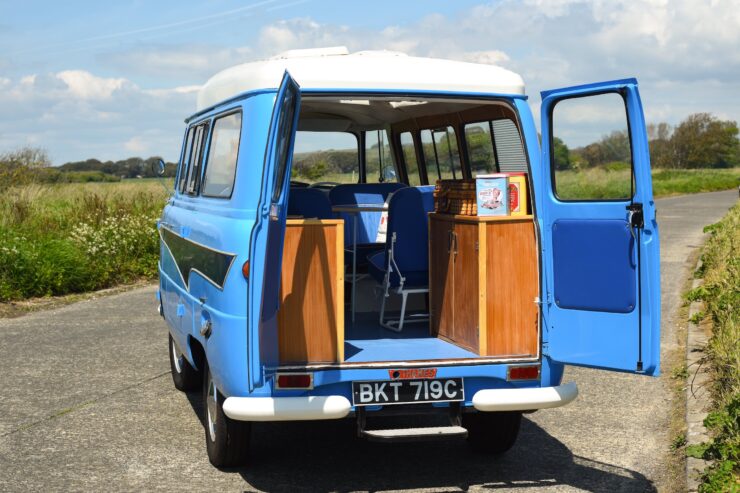