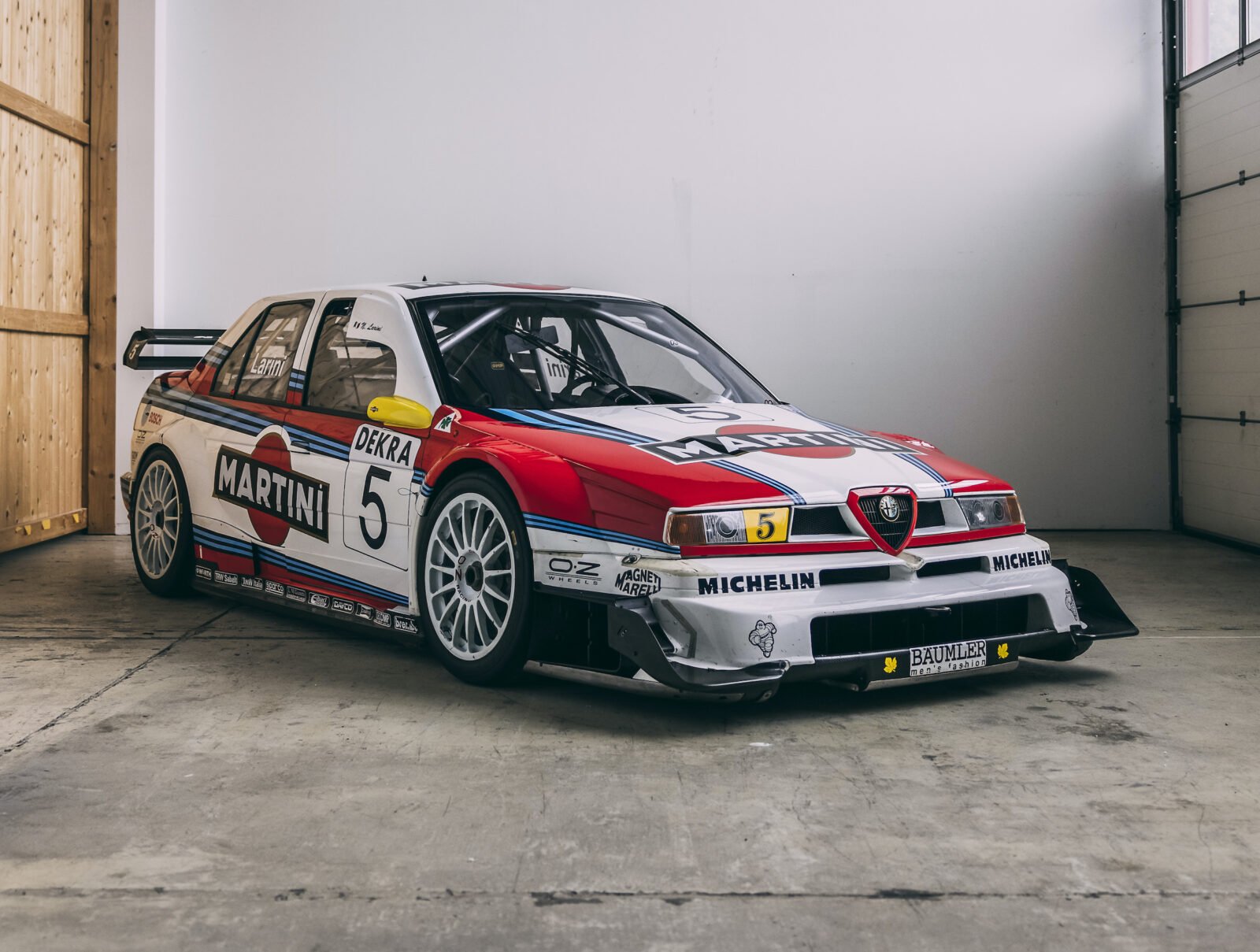 The Alfa Romeo 155 V6 TI was an FIA Class 1 touring car that shared little with its production car namesake, it’s a silhouette race car with a full tubular steel space frame, an advanced all-wheel drive system and a high-revving 2.5 litre 90° V6 engine that hits the red line at 11,900 rpm.

The 690RC V6 is factory-rated at 490 bhp, it has a 2.5 litre swept capacity, and it sends power to all four wheel via a 6-speed semi-sequential transaxle.

The 155 V6 TI was fielded by Alfa Corse, Alfa Romeo’s factory racing team, from 1993 to 1996 in various European touring car series, though the model was also raced by privateers who were often competing directly with the factory team. It was privateer racers who were crowned back-to-back champions of the Spanish Touring Car Championship in 1994 and 1995.

Alfa Romeo had introduced the production 155 in 1992, known internally as Type 167, and they sold it until it was replaced by the Alfa Romeo 156 in 1997. The 155 received a lukewarm reception from the general public and the motoring media for one key reason – it was front-wheel drive. This was a controversial decision, particularly for an automaker with a long history of successful rear-wheel drive race cars, however Alfa Romeo did have one card up their sleeve – the 155 Q4.

The 155 Q4 shared the same basic design as the regular 155 but as the name suggests it was fitted with an all-wheel drive system, they could use “Q4” to denote this but not the full “Quattro 4” for obvious Audi-related reasons. The 155 Q4 would be the car most sought after by those who loved the wedge styling of the 155 but wanted some genuine performance. 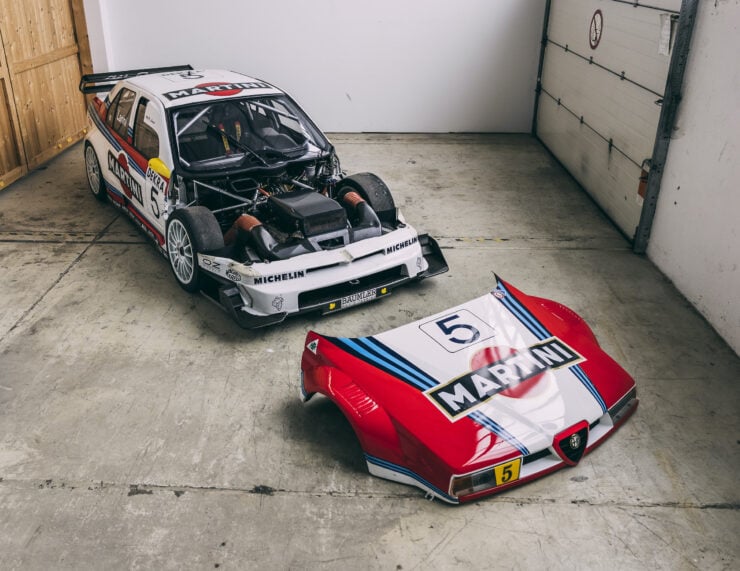 Above Image: Under the skin the tube-frame chassis 155 TI is powered by a 490 bhp V6 sending power to all four wheels via a 6-speed gearbox.

The 155 Q4 is powered by a 2.0 litre turbocharged inline-four cylinder engine producing almost 200 hp and it has a permanent four-wheel drive powertrain, both derived from the Lancia Delta Integrale which was of course one of the greats of the Group B rally era.

The 155 V6 TI touring car version had a lot more in common with the 155 Q4 than it did with the regular civilian version of the 155, though there can be no doubt that it’s repeated successes on the race tracks of Europe in the hard-fought world of touring car racing helped sales across the board.

Today we look back on 1990s touring car racing with no small amount of nostalgia, thanks in part to Alfa Corse works driver Nicola Larini battling it out in national championships around the Continent.

The car you see here is chassis #005, it’s an original 155 V6 TI ITC touring car that was raced in period by Alfa Corse-Martini works driver Nicola Larini to pole position at Magny-Cours and Mugello, followed by wins at Interlagos and Mugello.

Chassis #005 was retired after the 1996 season, it would remain in Italy in private hands until it was bought by the current owner in 2018 and imported into Germany. The plan was to have the car returned to race-ready specification so that it could be used to compete in the inaugural DTM Classics Series.

The car was sent to marque specialists at Scuderia Gran Tourismo in Irschenberg, Germany for work to be completed, over €350,000 has been spent over the past five years to return this iconic touring car to full racing trim. Unsurprisingly the car won its DTM Classics debut at the Norisring on the 7th of July 2019. 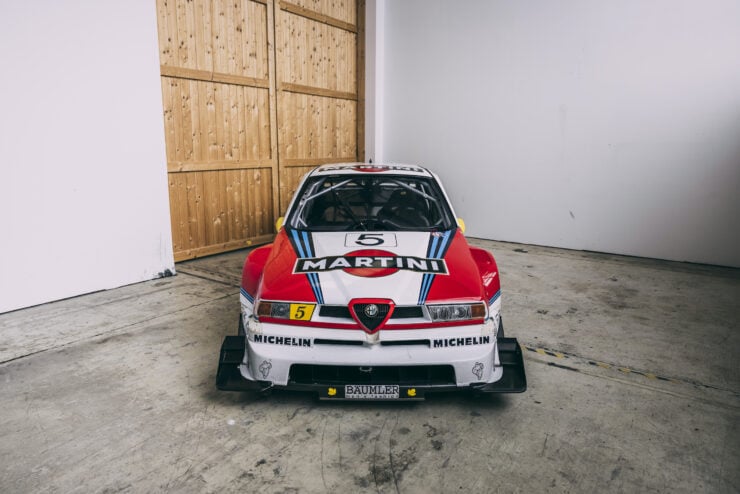 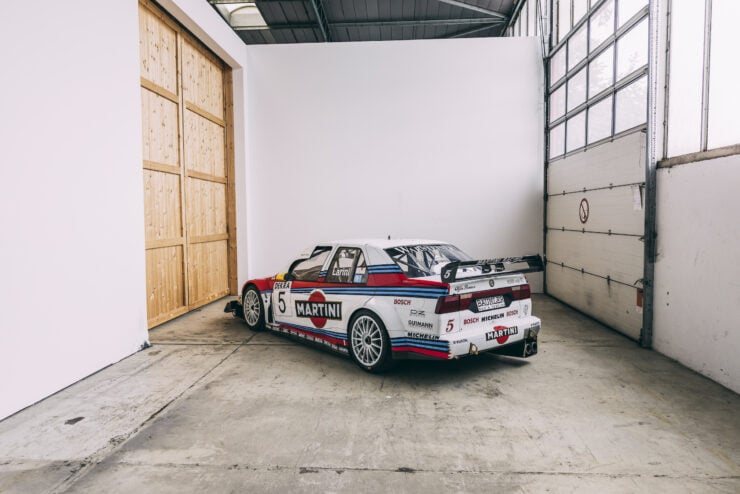 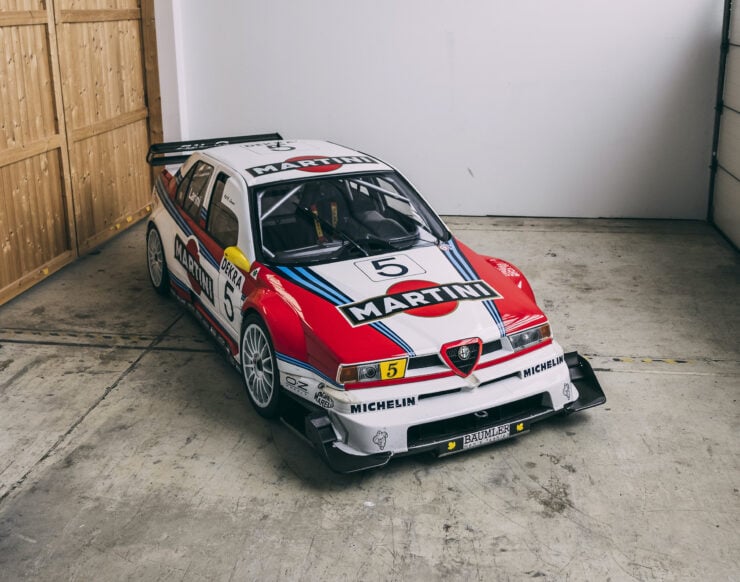 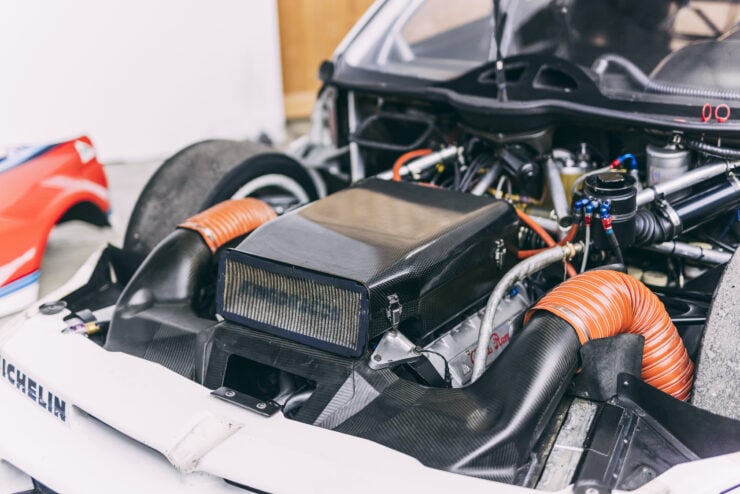 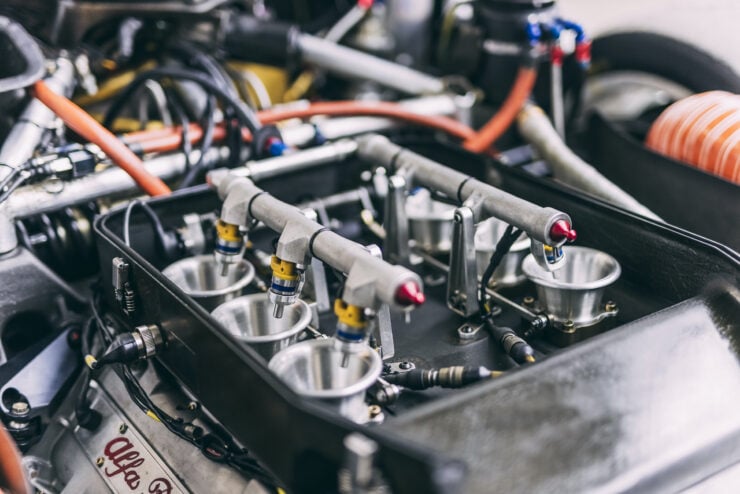 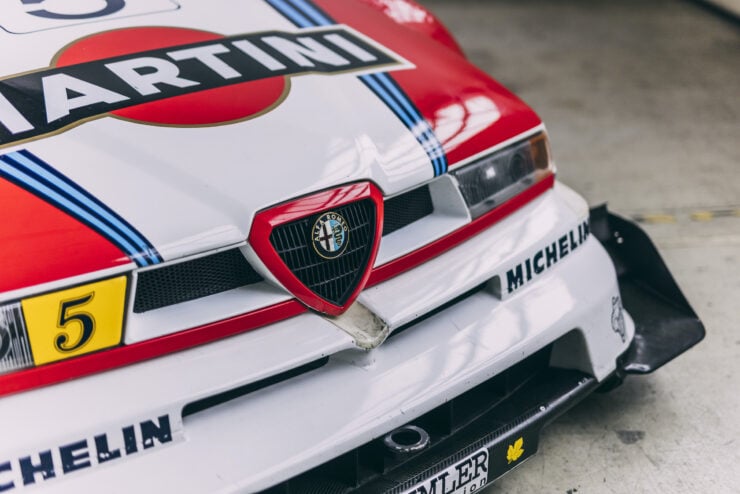 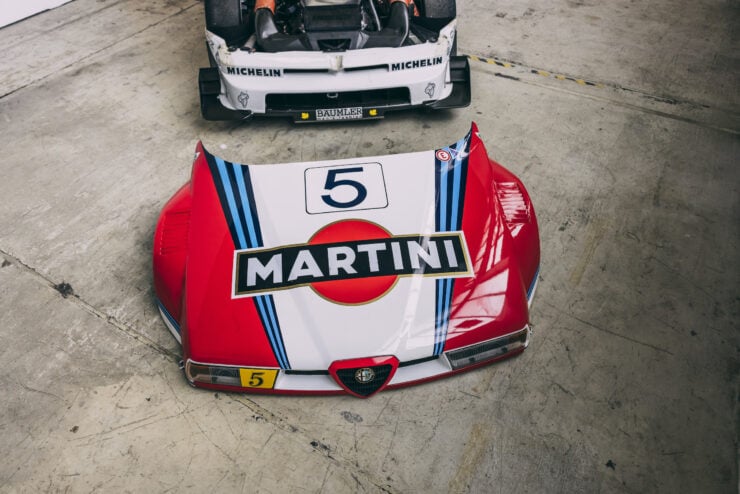 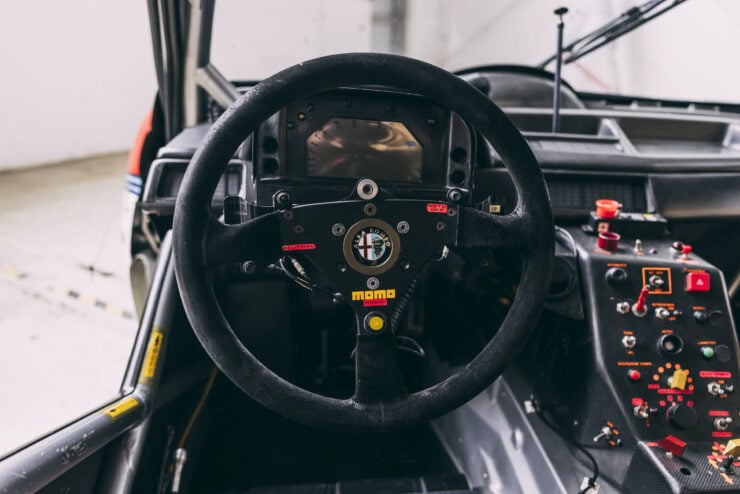 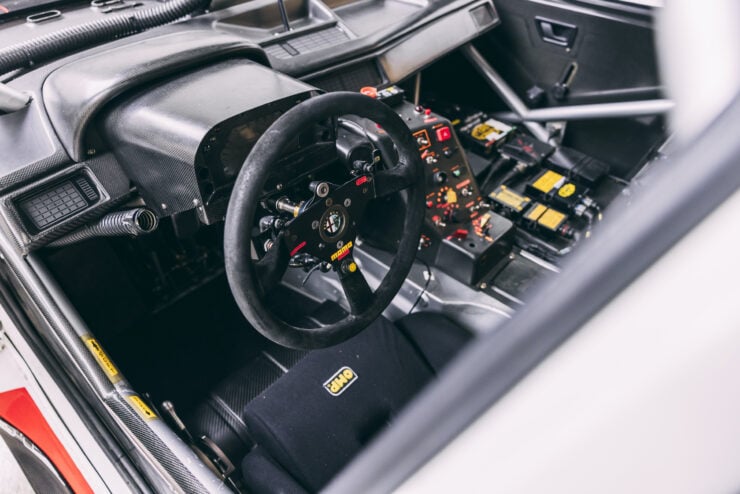 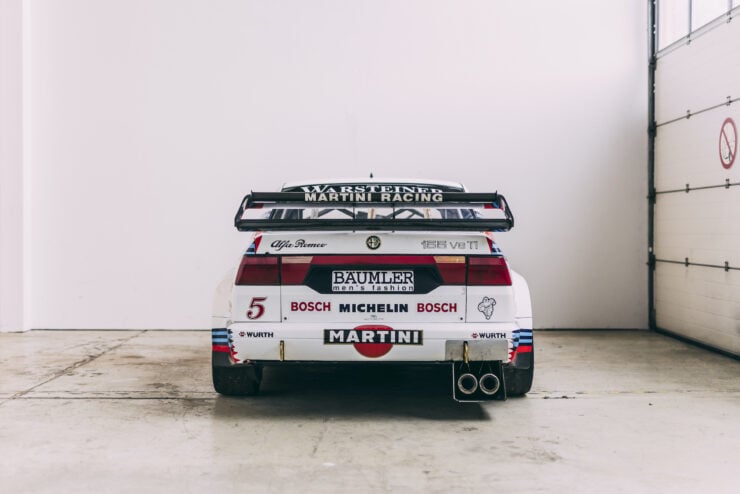 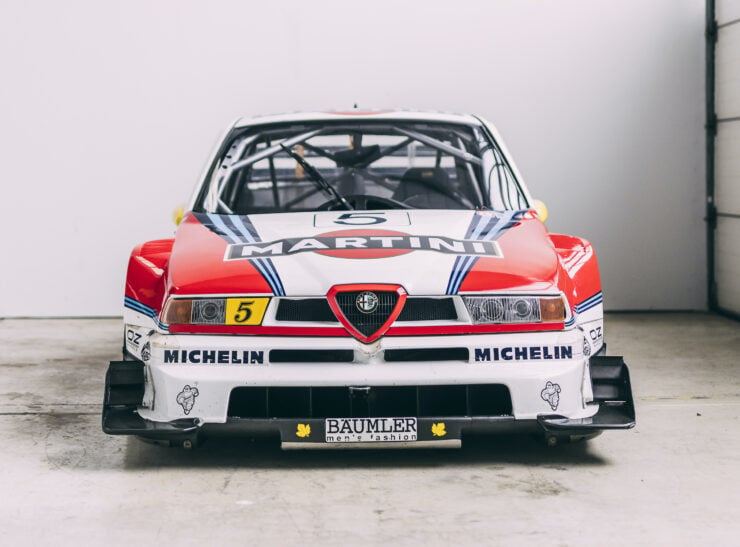 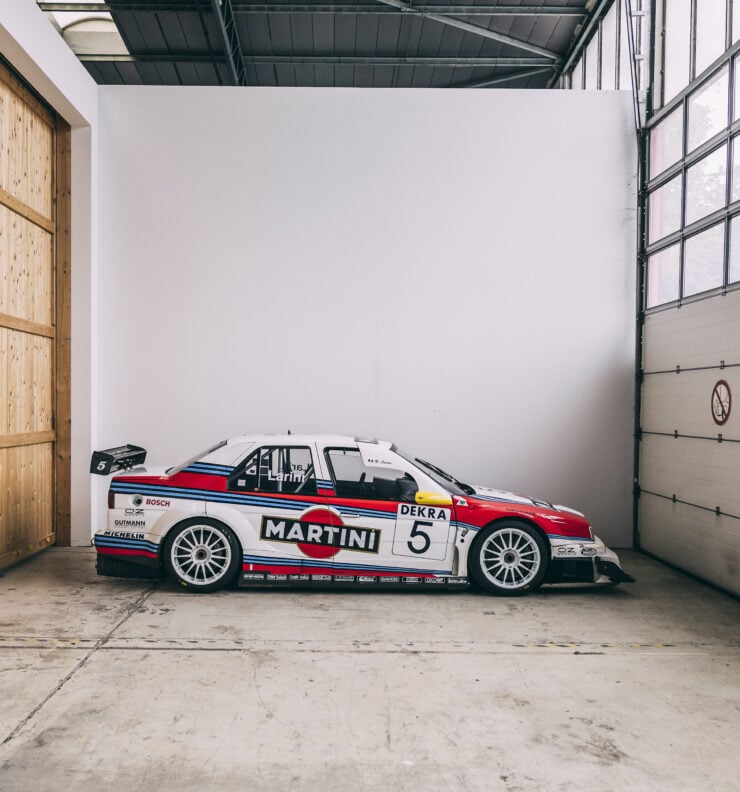 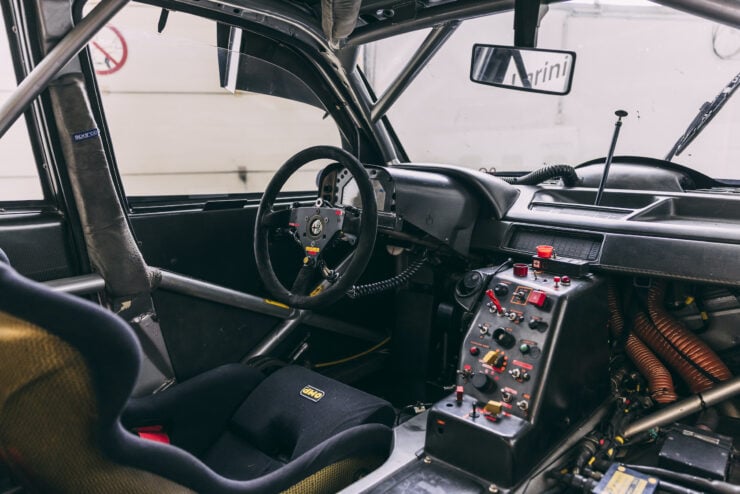 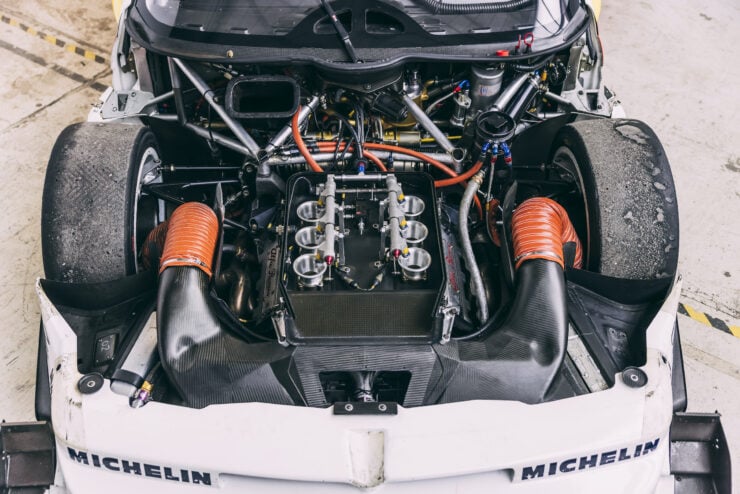 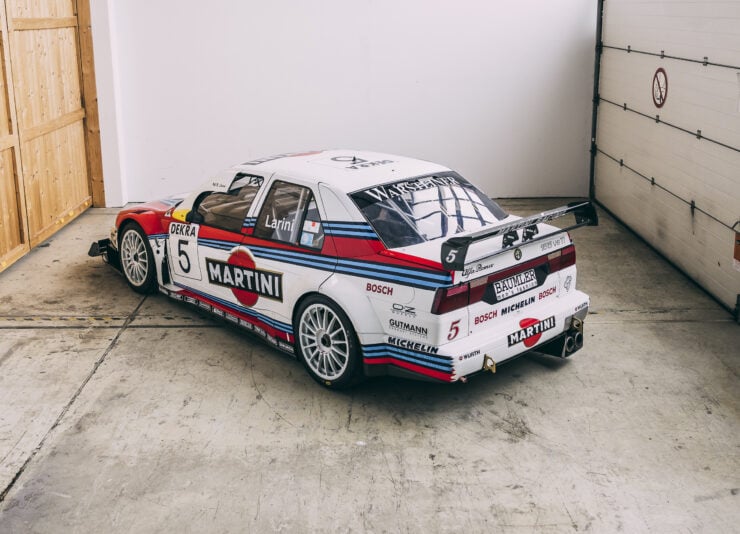