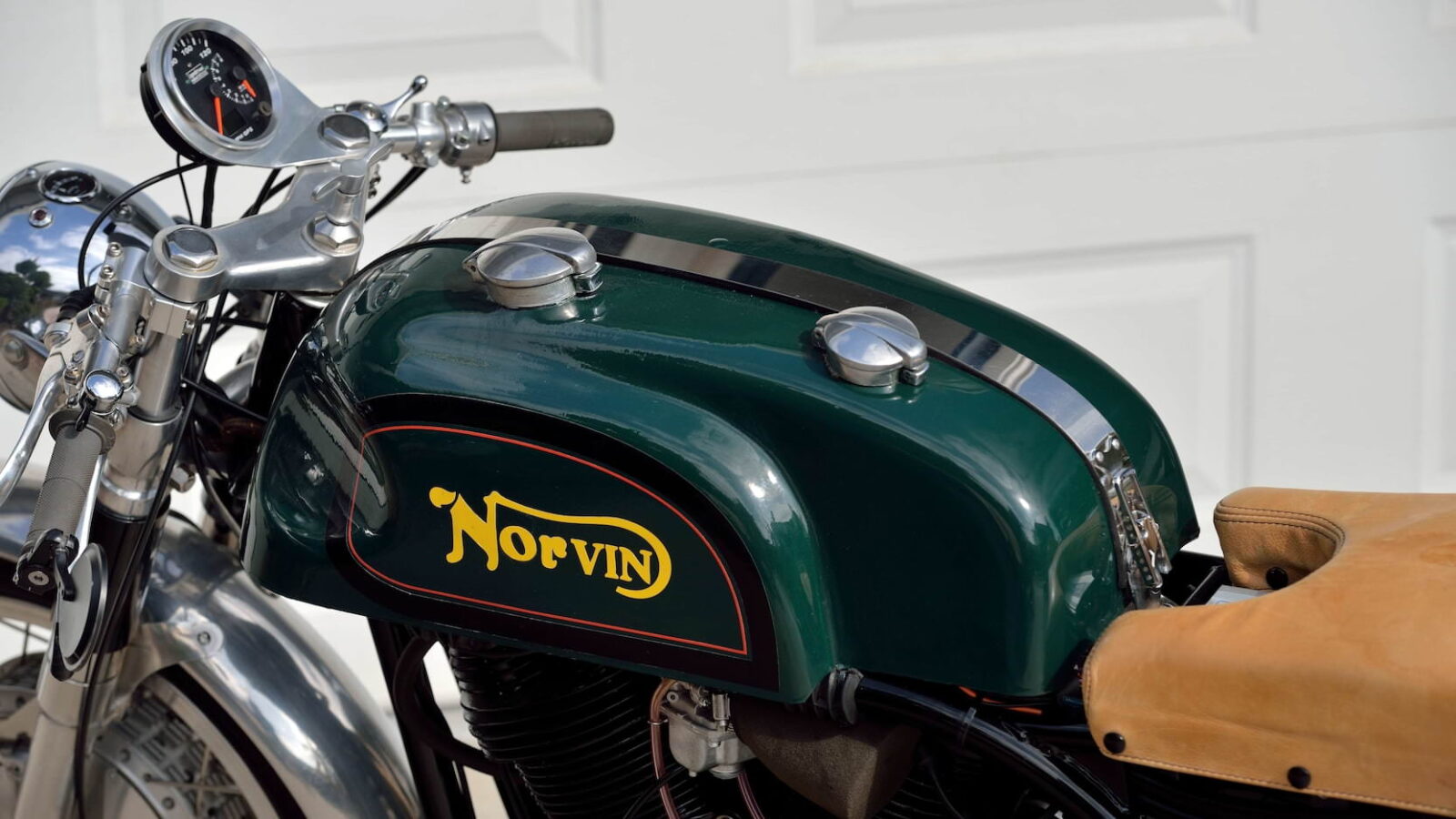 Norvins are exceedingly rare motorcycles, no one is entirely sure how many actually exist because they were never made by a manufacturer. They were mostly built by amateurs in their garages using what was widely considered to be the best engine and frame combination in the world at the time – the 998cc Vincent V-twin and the Norton Featherbed frame.

The Vincent V-twin was first fitted to the Rapide series of motorcycles before being modified for use in the revered Black Shadow and Black Lightning. There were the fastest motorcycles of their day in the late 1940s and 1950s, their performance was legendary. Men like Hunter S. Thompson and Rollie Free have added to the fame of the Vincent over the years, and today they change hands for eye-watering figures.

The Norton Featherbed frame is probably the most famous motorcycle frame of all time – I certainly can’t think of many other frames that people know the name of. The Featherbed was developed by Irish brothers Rex and Cromie McCandless in the late 1940s, the men were motorcycle racers and self-taught engineers.

It was their novel approach to frame design that made them famous, and in the years since many trained motorcycle engineers have scratched their heads about just why the Featherbed frame is so good. 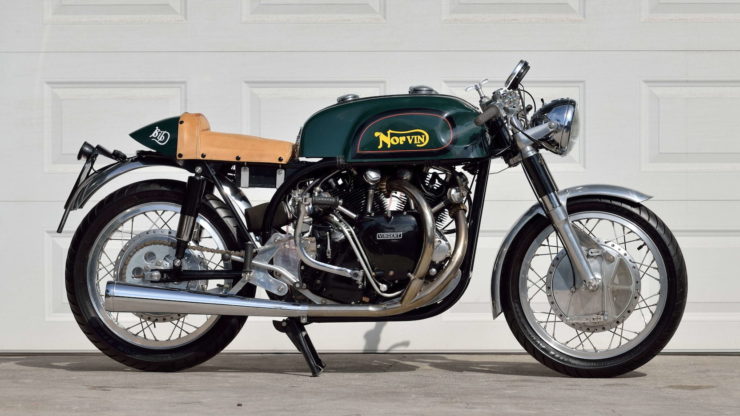 Over the years the Featherbed was closely emulated by both BMW and Münch for their own production motorcycles, and specialist companies exist to this day that make brand new Featherbed frames for people building and restoring motorcycles.

The most famous “hybrid” motorcycle to use the Featherbed frame is doubtless the Triton – a cafe racer-style motorcycle built by installing a Triumph parallel twin into a Featherbed frame. These are typically fitted with Manx-style fuel tanks, clip-on handlebars, and a single seat with a bump stop.

A far less common hybrid is the Norvin, this is partly due to the fact that Vincents are so expensive that people are reticent to remove their engines. The one chink in the armor of the Vincents was their steel backbone frame which didn’t always provide the rigidity needed for hard riding.

Custom frame builder Fritz Egli made a name for himself in the 1960s by designing a new more rigid frame for the Vincent and then winning a national hillclimb championship on his own Egli-Vincent. 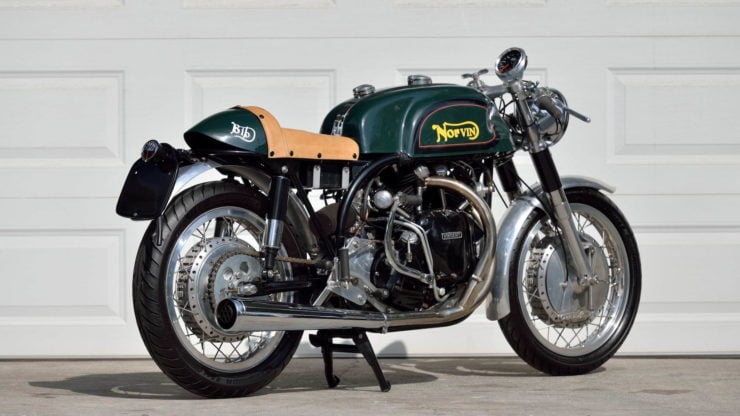 When a Vincent is crashed or the frame is beyond repair with rust or other damage the two main options for the owner are to convert it to a Norvin or convert it to an Egli-Vincent. Over the years these two hybrid motorcycle types have become increasing popular with collectors and enthusiasts and their values are climbing up ever closer to original numbers-matching Vincent prices.

The Norvin you see here has a slew of modern upgrades to make it ore reliable including a modern clutch, an electronic ignition system, 12 volt electrics, a GPS speedometer, a 12 volt alternator, and modern flat side carburettors.

The bike also has a fresh engine with modern cams, Norton Roadholder forks, a Manx-style fuel tank with both oil and fuel caps, a two-into-one exhaust, clip-on handlebars, a traditional single seat with a bump stop, a single gauge showing both speedometer and tachometer functions, and period-correct 210 mm front and rear drum brakes.

The bike is due to roll across the auction block with Mecum in January, there’s currently no value estimate listed and it’s being offered with no reserve price. If you’d like to read more about it or register to bid you can click here to visit the listing. 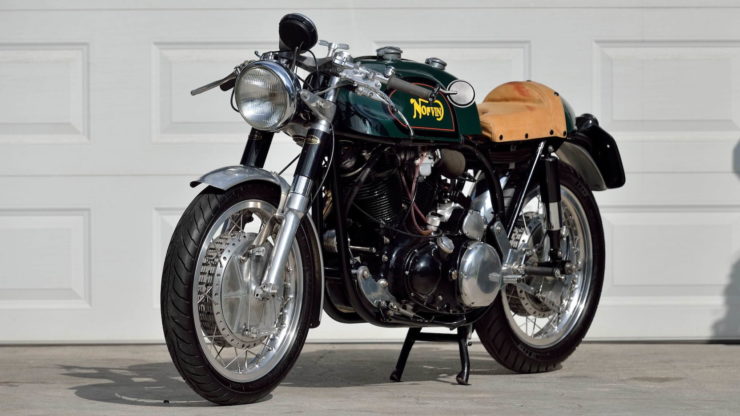 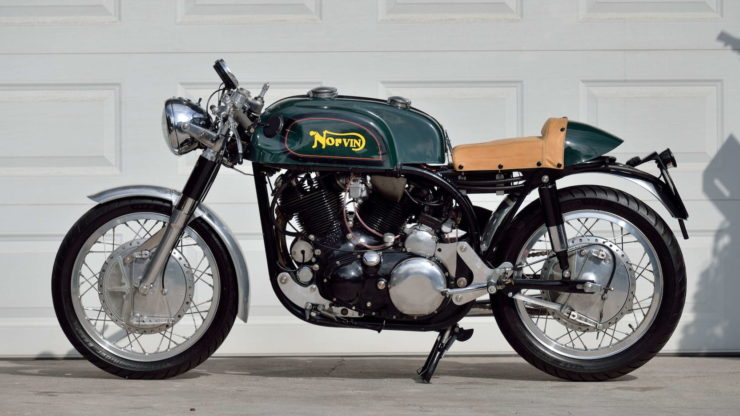 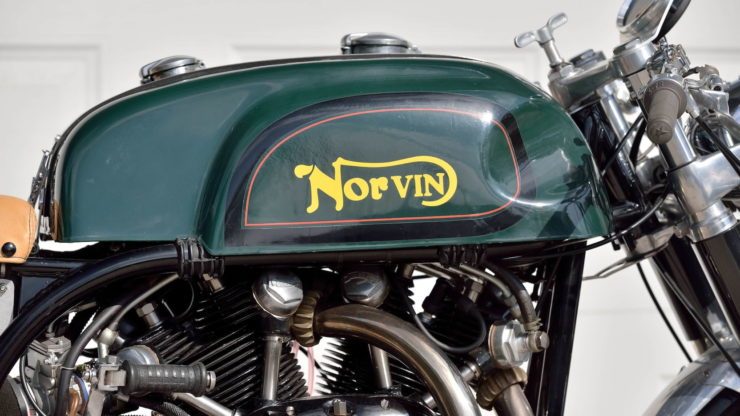 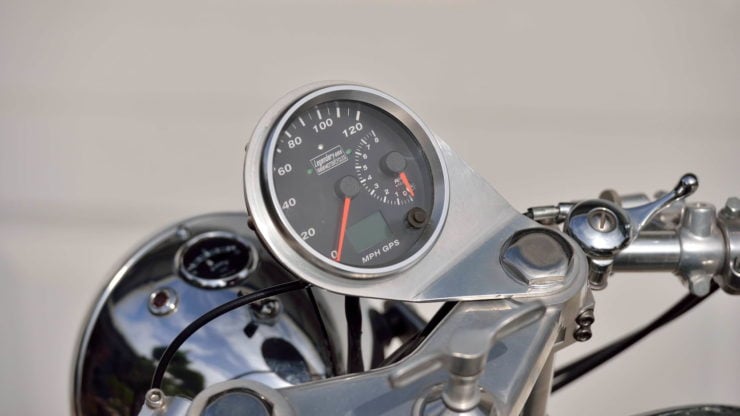 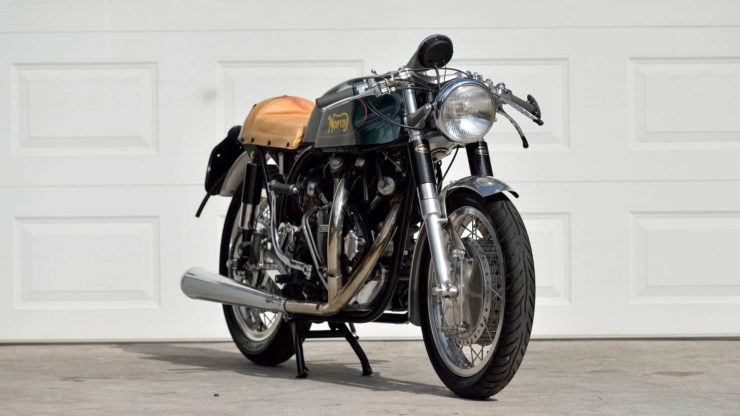 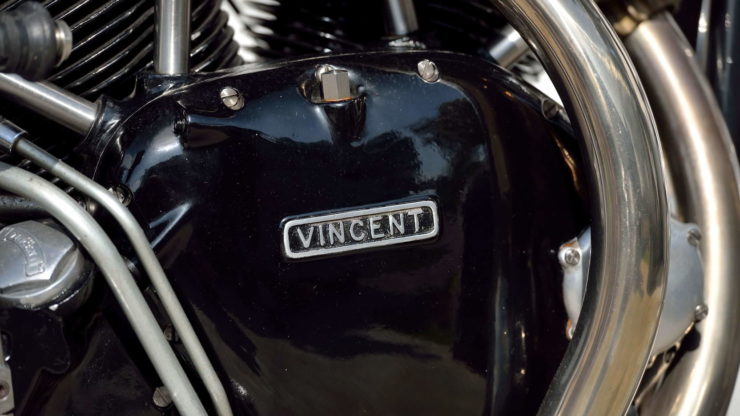 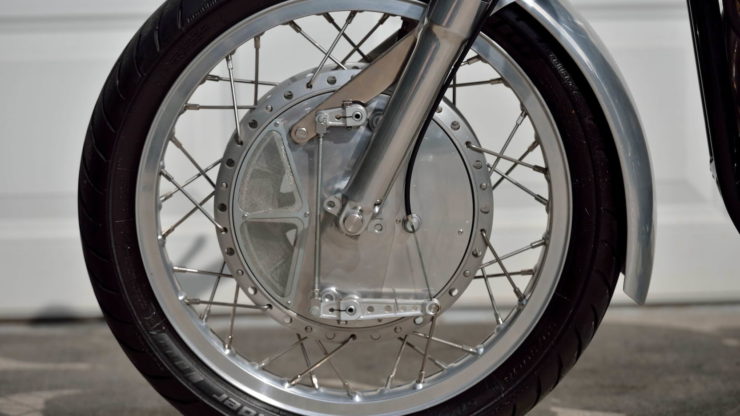 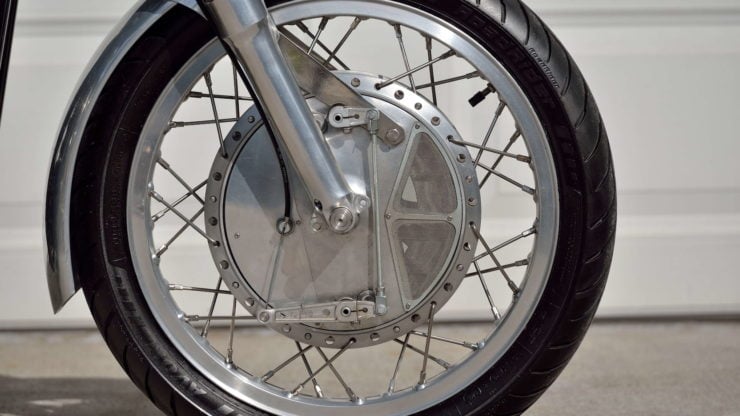 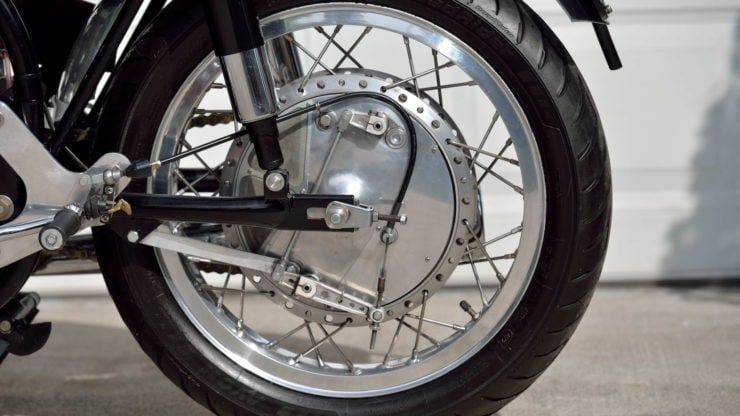 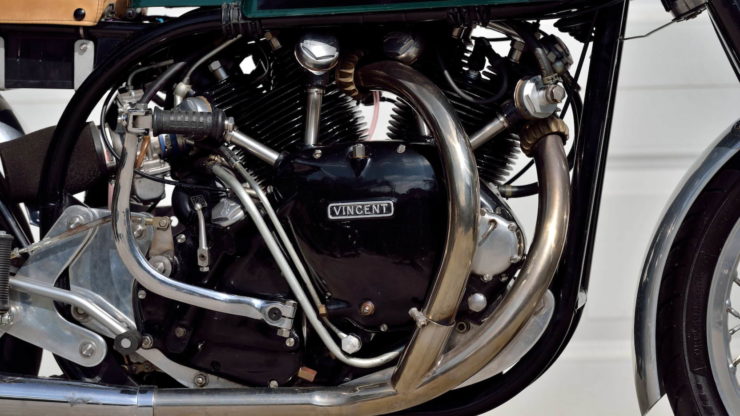 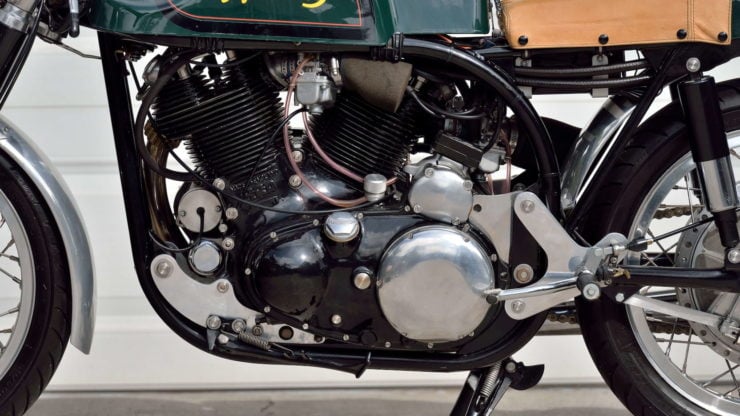 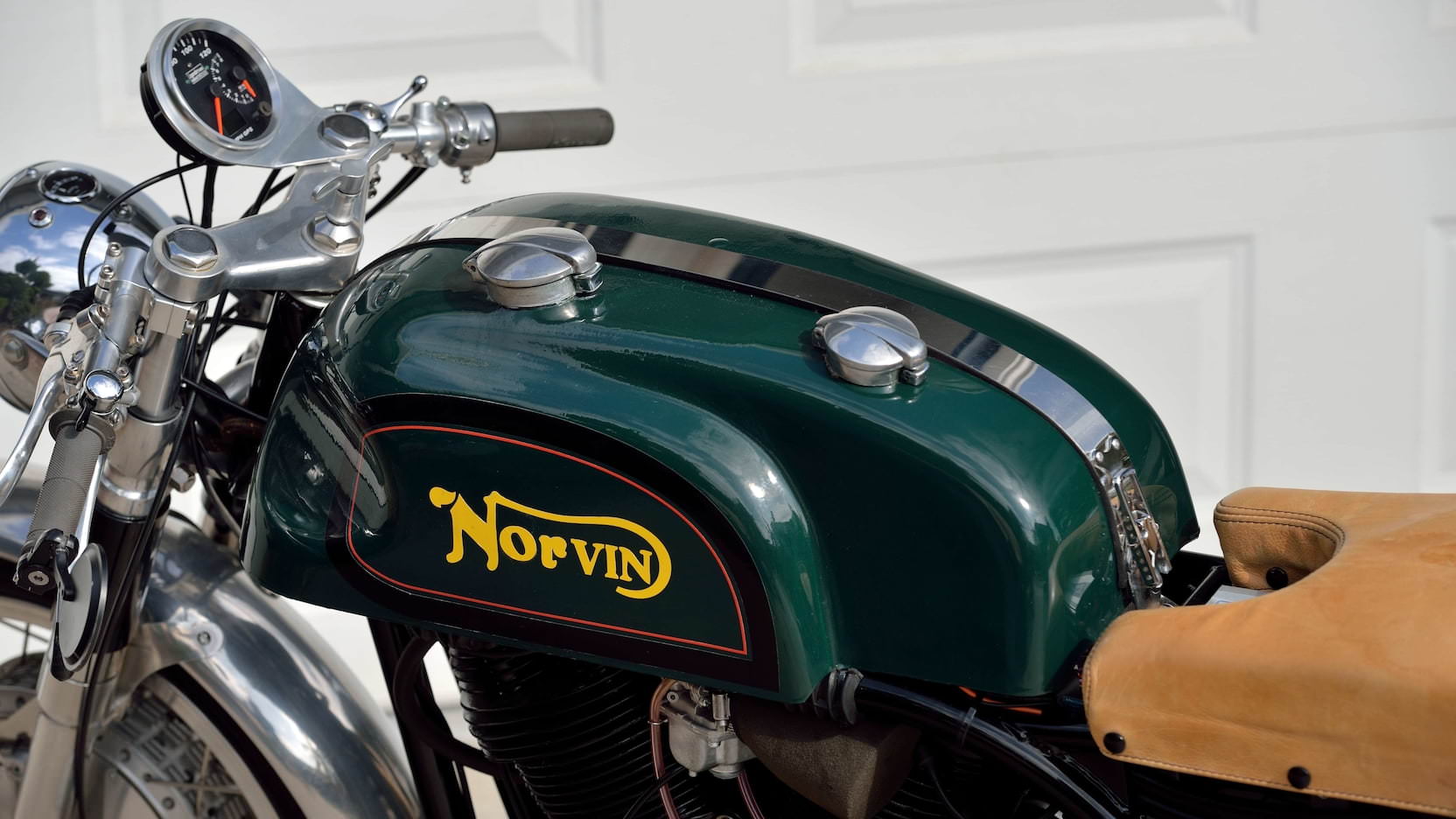