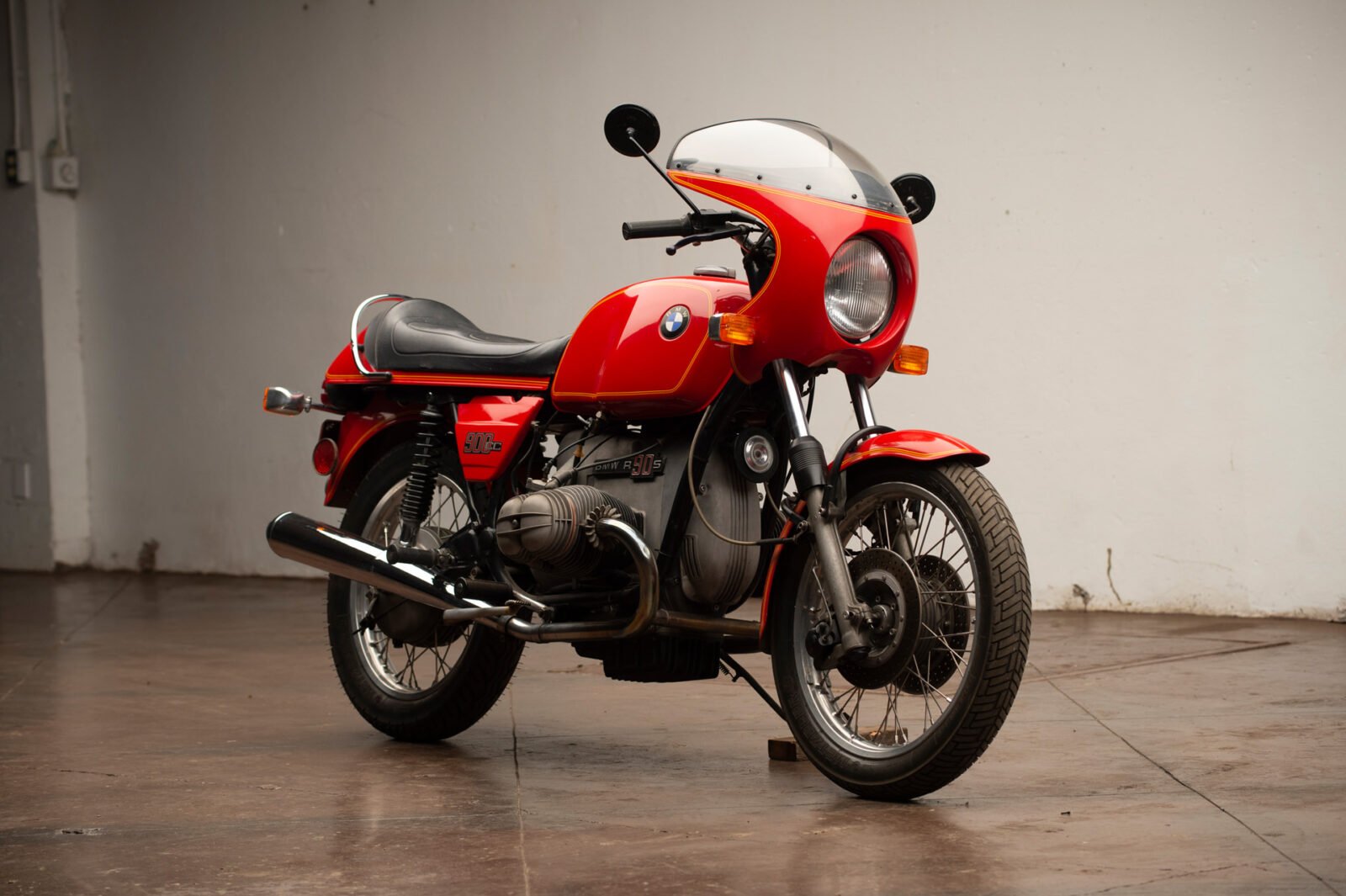 This BMW R90S was bought as an addition to the Corpus Christi Old Car Museum by the museum’s owner, Steve Shook, who has a big soft spot for the famous old German twin.

He had bought one himself decades ago when they were new bikes and he was working at a Texas BMW dealer. One memorable story involves a cross-country speed challenge between a confident young owner of Kawasaki’s latest and greatest two-stroke widowmaker – the Kawasaki’s owner worked at the Kawasaki dealership and the rivalry between the dealerships ran deep.

Never one to shy away from a challenge, Steve laid out a race route between two Texas towns that were exactly far enough apart that the BMW could do it on one full tank of gas, but the Kawasaki would need to stop for fuel twice.

The BMW won not on outright speed, but on speed and smarts, which funnily enough might be the best way you can describe many BMW motorcycles themselves. 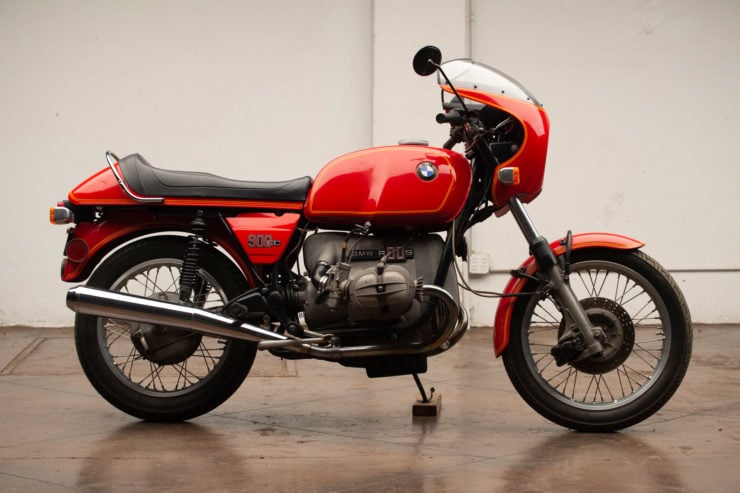 The Arrival of the BMW R90S

The BMW R90S is undoubtably one of the most important motorcycles ever made by the German marque. In 1973 the Japanese motorcycle invasion was picking up steam and killing off many of the Italian, British, and German old world motorcycle manufacturers.

BMW launched the R90S to compete with the likes of the Honda CB750 and the Kawasaki Z1, not to mention the Norton Commando, the Ducati 750SS, and the Triumph 750 triples.

What the team at BMW needed to do was to create not just a modern superbike, but also a modern super-tourer in order to fill a niche left largely open by both the Japanese and European competition.

The Japanese CB750 had clearly shown that the future of large-capacity motorcycles was destined to be filled by bikes that were easy to start, very reliable, and not prone to leaking oil.

The CB750 didn’t handle as well as most of its European competition but it was vastly superior in the reliability stakes, it had an electric starter as standard, and it didn’t leak oil. 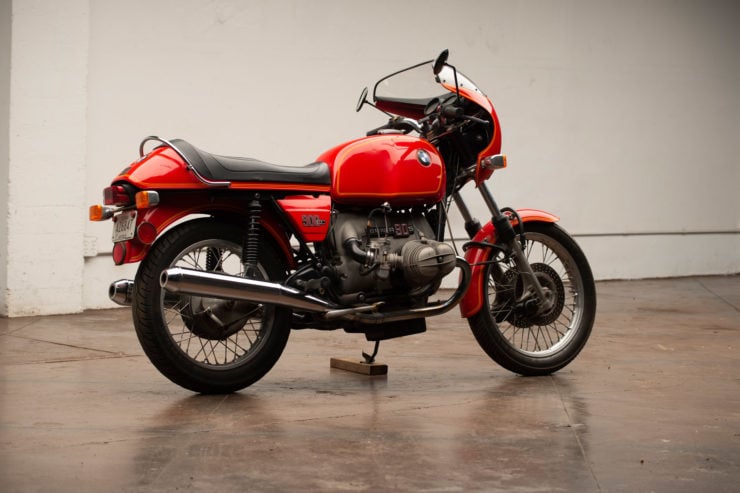 The project to create the R90S was headed by an American named Bob Lutz (who needs no introduction), he was VP of Sales at BMW at the time. He appointed engineer Hans-Gunther von der Marwitz to develop the drivetrain and industrial stylist Hans Muth to give the model a unmistakeable appearance.

Muth gave the R90S a bikini fairing front specifically intended to get the wind of the rider’s chest when covering significant highway miles; the added benefit of the fairing was that it gave the bike a purposeful appearance and set it apart from anything else on the road at the time.

The engine used was a distinctive air-cooled BMW boxer, twin cylinder, with a capacity of 898cc.

This engine was essentially a bored out R75/5 engine with a few other modifications, including a pair of Dell’Orto pumper carburettors and a new exhaust system to make best possible use of that extra engine capacity – and to compete with the rapidly climbing horsepower figures coming out of Japan.

A 5-speed gearbox was fitted with a top gear specifically designed for highway cruising, and the suspension package was the standard-for-the-era non-adjustable telescopic shock absorbers up front and twin shocks on the rear with adjustable preload. 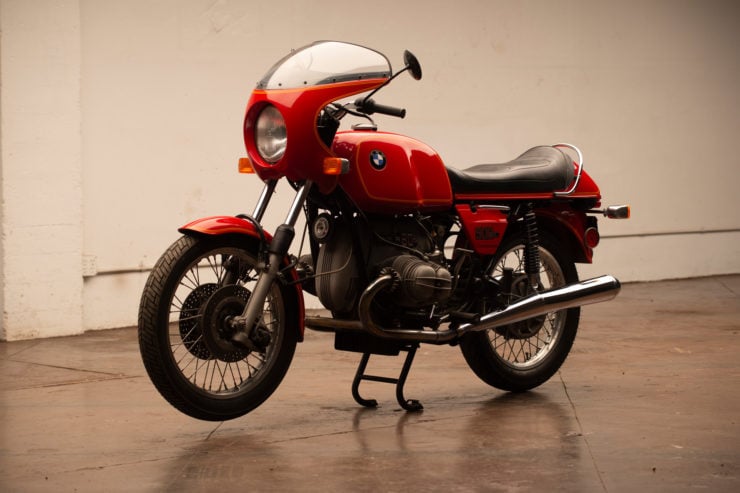 The engine turned out 67 bhp and 56 ft lbs of torque, it became well-known for its resilience and reliability, with many of them surviving to the modern day.

BMW sold the R90S from 1973 to 1976 before replacing it with the R100S. The R90S is remembered today as the motorcycle that put BMW on the map of many riders who had never before considered the marque, the importance of the model being reiterated by the fact that BMW named what is possibly their most important new model the “R nineT” as a reference to its predecessor when it was released in 2014.

The BMW R90S you see here is one of the highlights of the upcoming Corpus Christi Old Car Museum Auction. It’s been a part of the museum’s display for years and it’s presented in good condition throughout. It should be noted that the paint scheme isn’t original, though it is finished to a high level.

If you’d like to read more about it or register to bid you can click here to visit the listing. It’s being offered with no reserve price, and the auction will take place on the 4th and 5th of October. 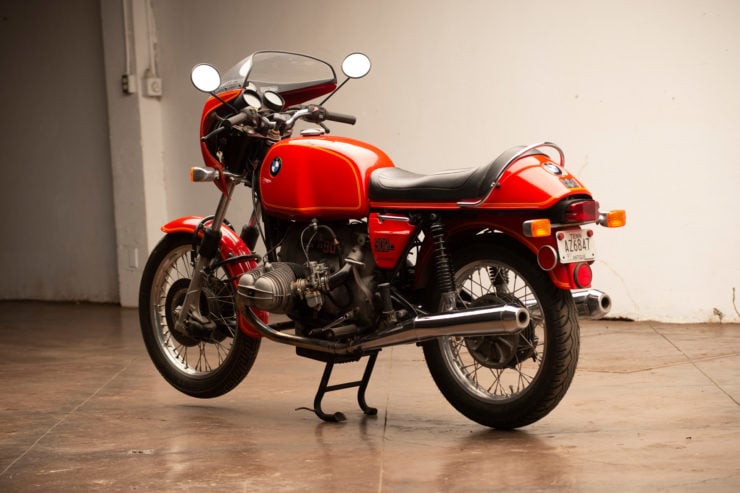 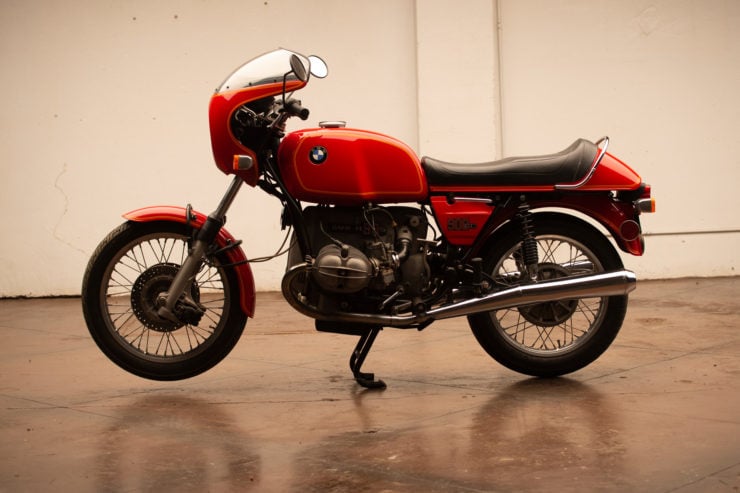 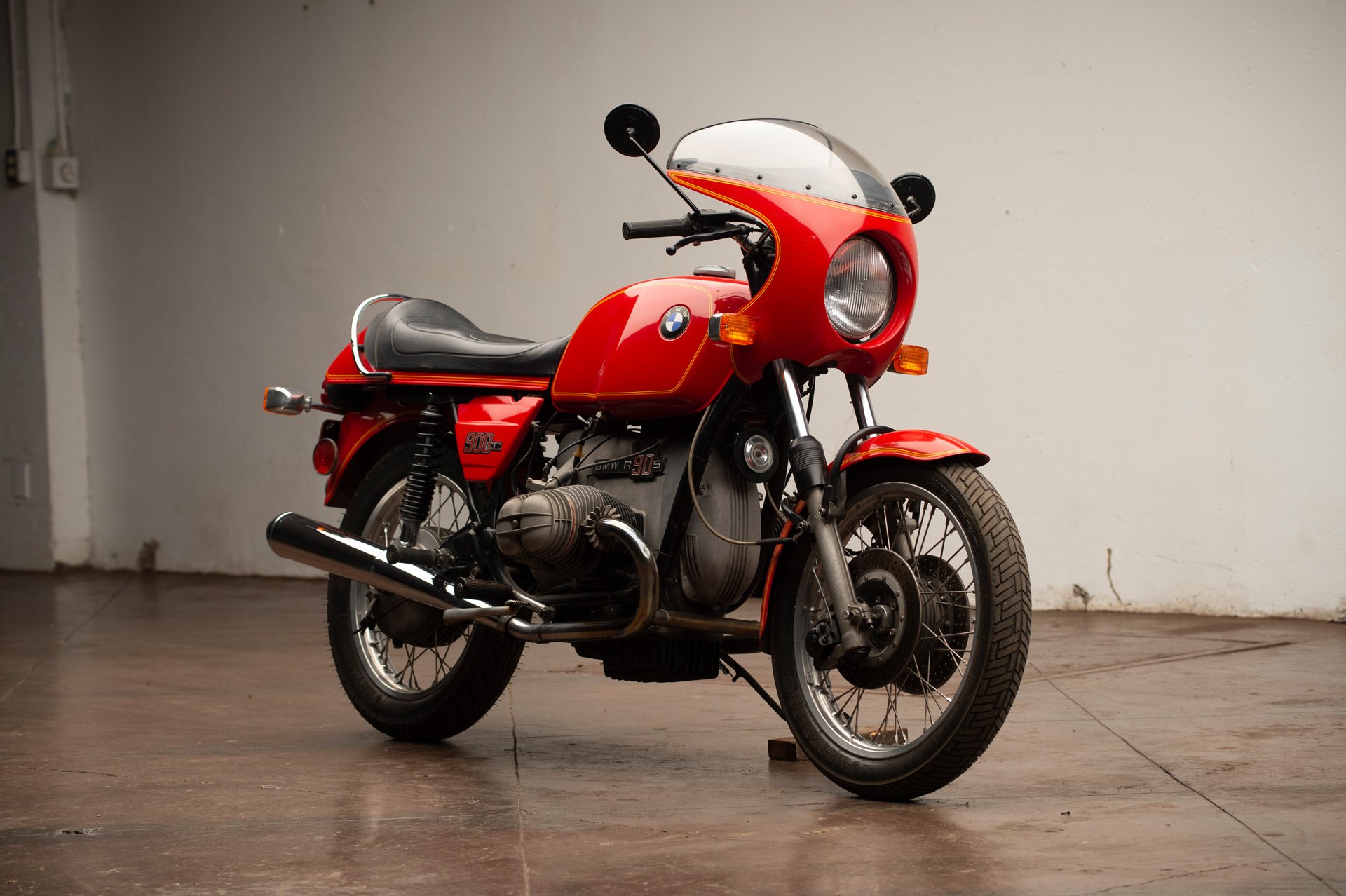