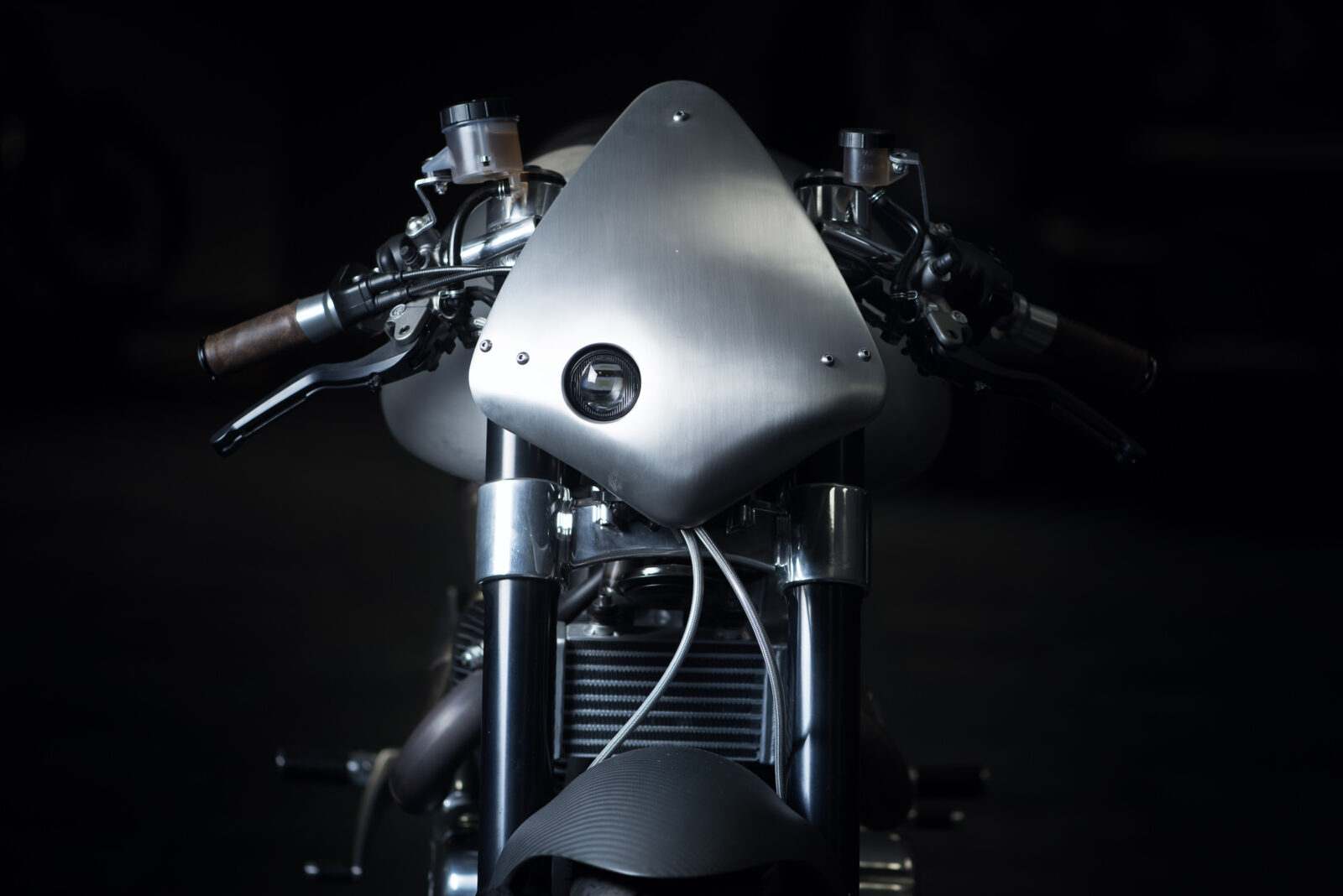 This Norton Dominator cafe racer holds two unique distinctions, it’s the only one like it in the world, and it’s the first (and so far only) custom motorcycle to have been commissioned directly by the Norton factory in England.

The project started when Anthony Partridge stopped by the Norton Motorcycles headquarters to pick up his new Norton Dominator, a bike he was to use as his daily rider on the new Discovery Channel TV series Goblin Works Garage.

While he was there, Norton CEO Stuart Garner took him aside and pitched him the idea of building the first cafe racer concept bike for the company. This new build would be based on the 2017 Norton Dominator platform, this made the job rather difficult as many consider the Dominator to be the best looking production motorcycle in the world. Being asked to rebuild the two-wheeled equivalent of Helen of Troy, without messing it up, is no small ask.

The only real caveat to Stuart’s request was that the frame and geometry not be chopped or changed – so the bike could be used for the development of future models at Norton. 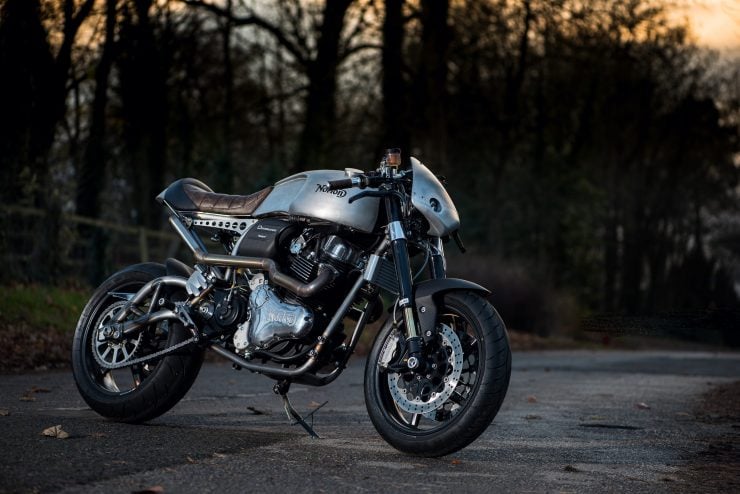 The build process started with research looking back at the original cafe racers from the late 1950s and into the 1960s – the first Ton Up Boys, the 59 Club, and of course, the regulars of the Ace Cafe.

Many of these original cafe racers were Nortons fitted with a variation of the company’s famed air-cooled parallel twin, sitting inside a Featherbed frame, with everything that wasn’t absolutely essential removed to lower the kerb weight.

After the bike had been rolled into the Goblin Works Garage a basic strip down began, it was decided to remove the original fuel tank and trim the sides and rear, new panel sections were then welded in. This resulted in a slightly smaller and lighter tank with functional knee cutouts providing a slightly better aerodynamic profile when tucked in behind the gauges.

The original seat was replaced with a bespoke unit with generous padding for longer rides, upholstered in leather and terminating in a minimalist alloy cowl. The seat supports on either side were lightened with speed holes, and a new twin exhaust was fabricated in-house that matches the lines of the rear subframe.

The original wheels were swapped out front and back, with new ultra-lightweight units from BST. This lowered the weight of the bike a little, but it also lowered rotating and unsprung mass.

The front cowl and seat cowl were both shaped by Lauren at Storik Metalcraft, the schedule was tight as the bike needed to be ready for filming, and Lauren turned out the parts in world record time, meaning the bike was ready in time for the cameras to start rolling – but only just.

The completed bike is a fantastic example of a modern cafe racer – right down to the Norton parallel twin and clip-on handlebars. If you’d like to see more of Anthony’s work you can tune in and watch Goblin Works Garage on Discovery Channel, the team build both cars and motorcycles, and we’ll be featuring more of their creations here on Silodrome in the coming months. 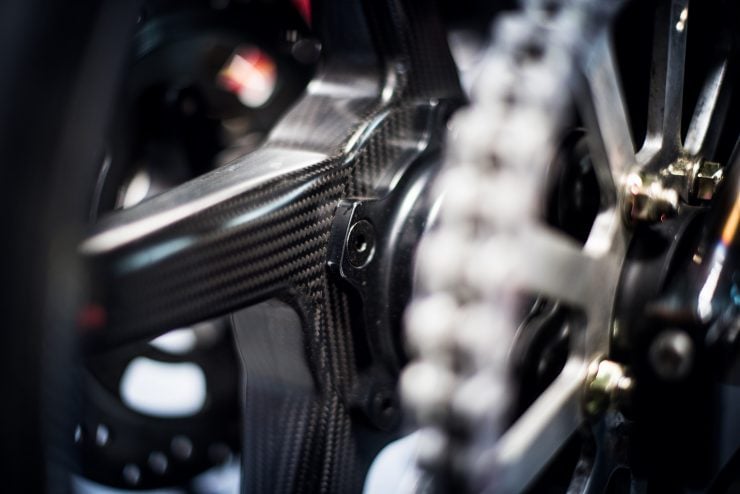 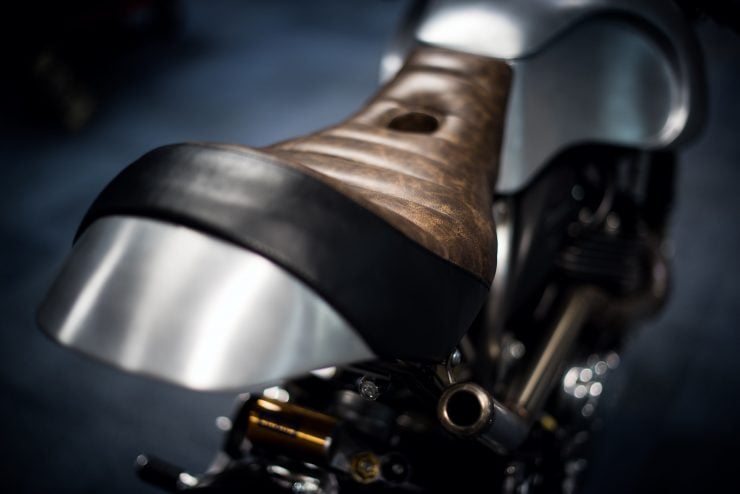 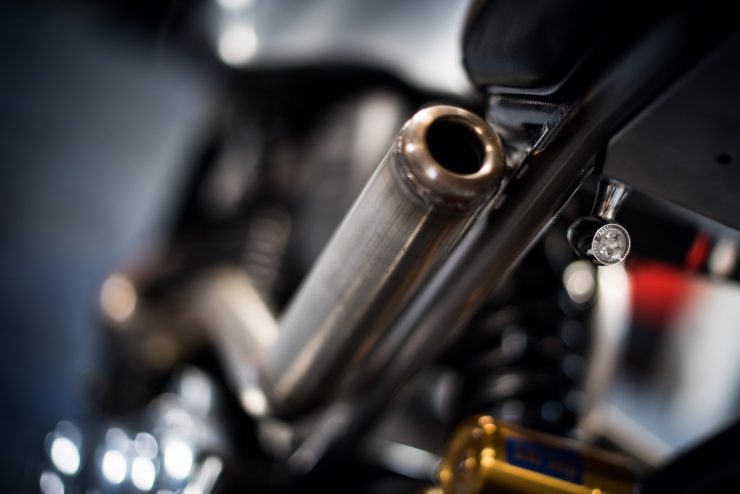 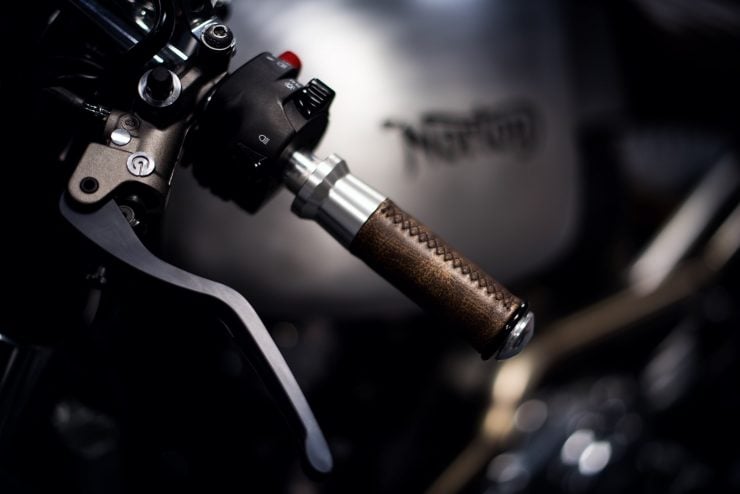 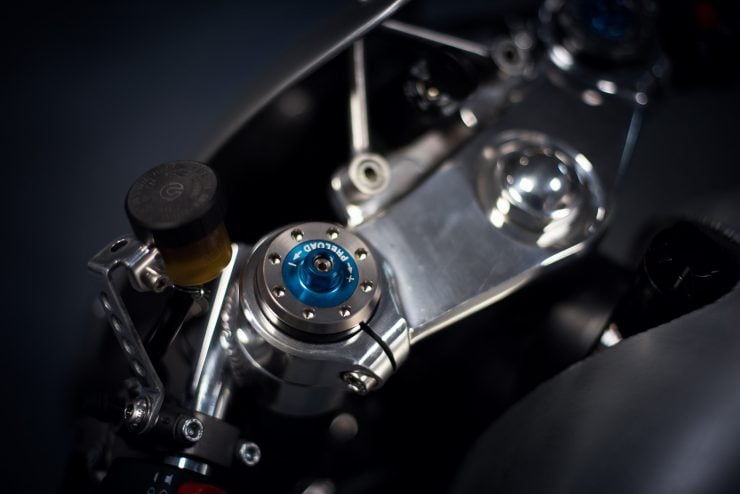 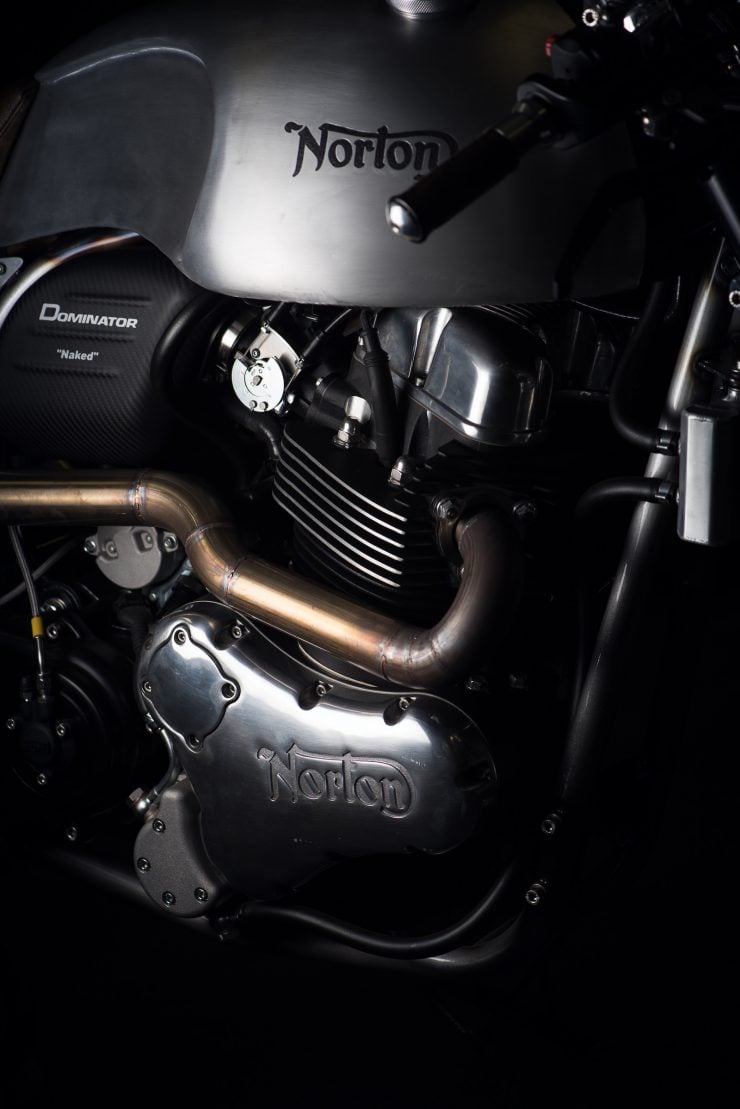 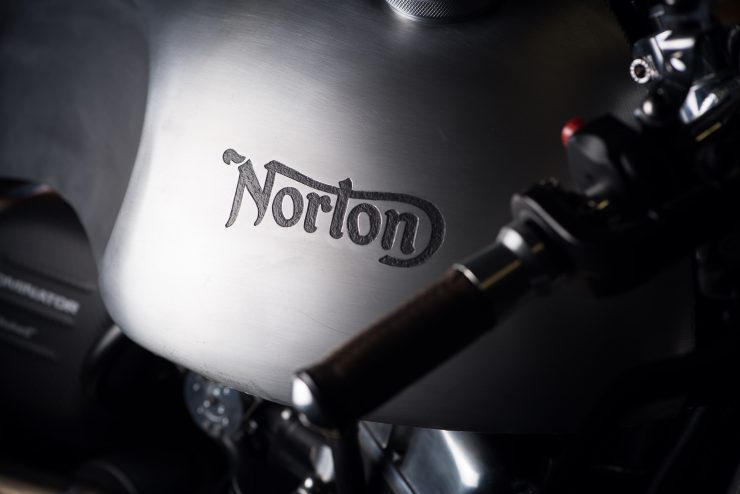 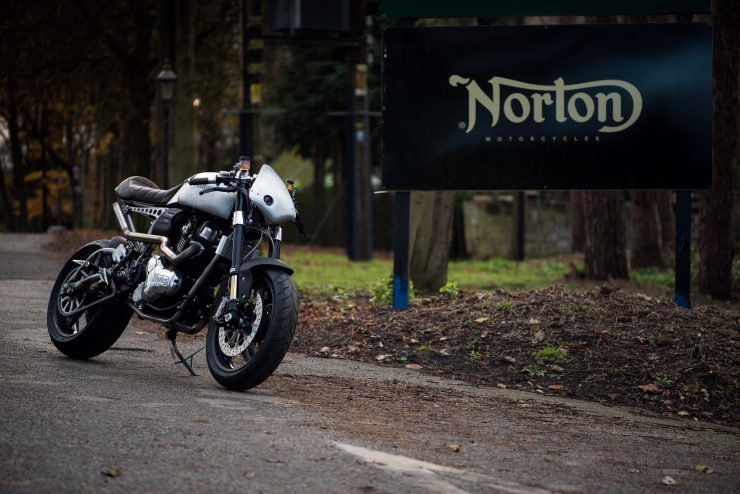 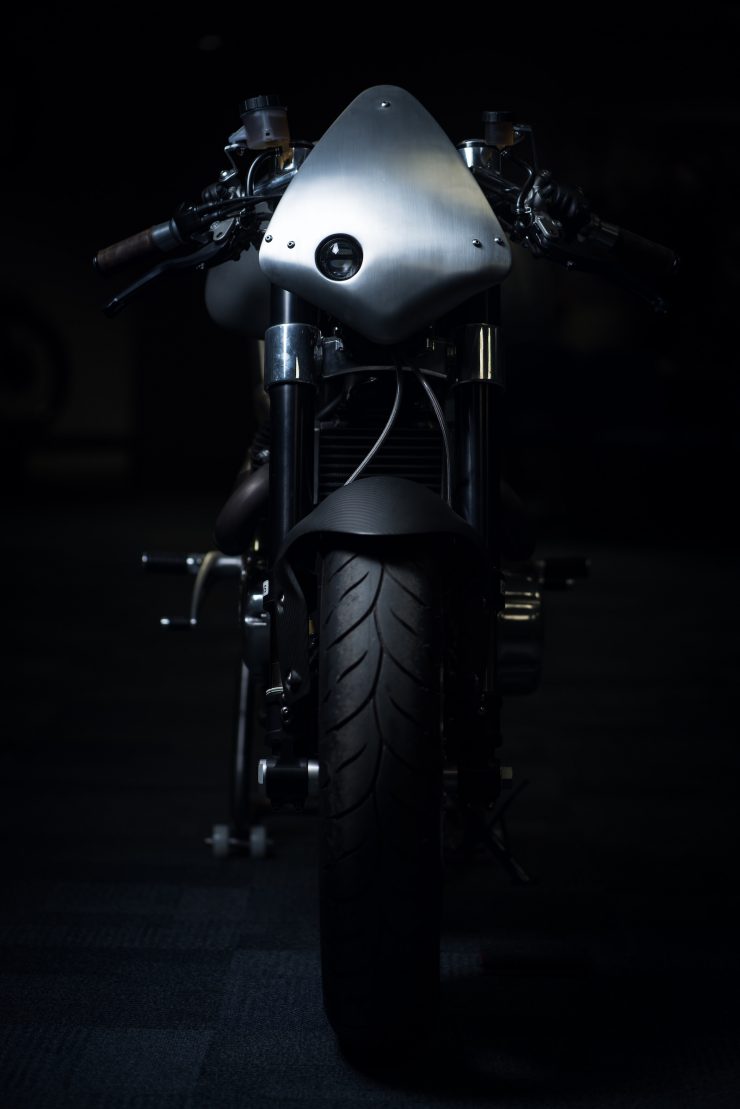 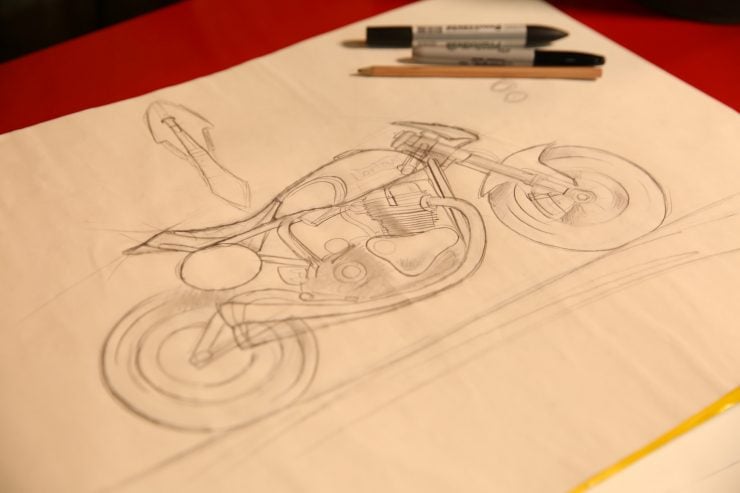 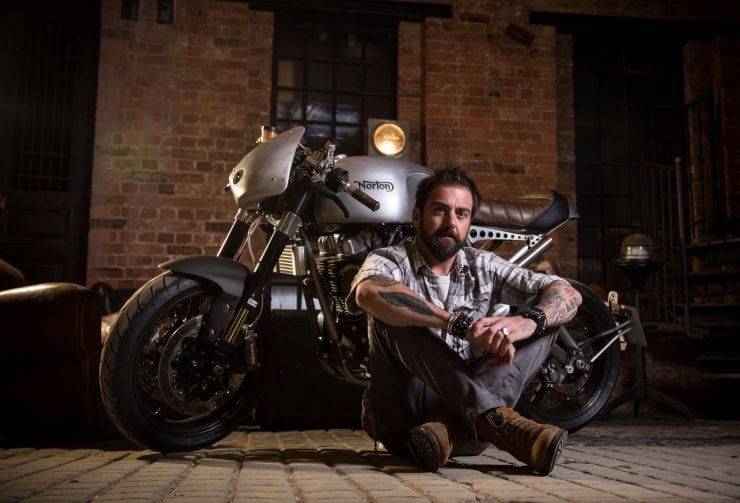 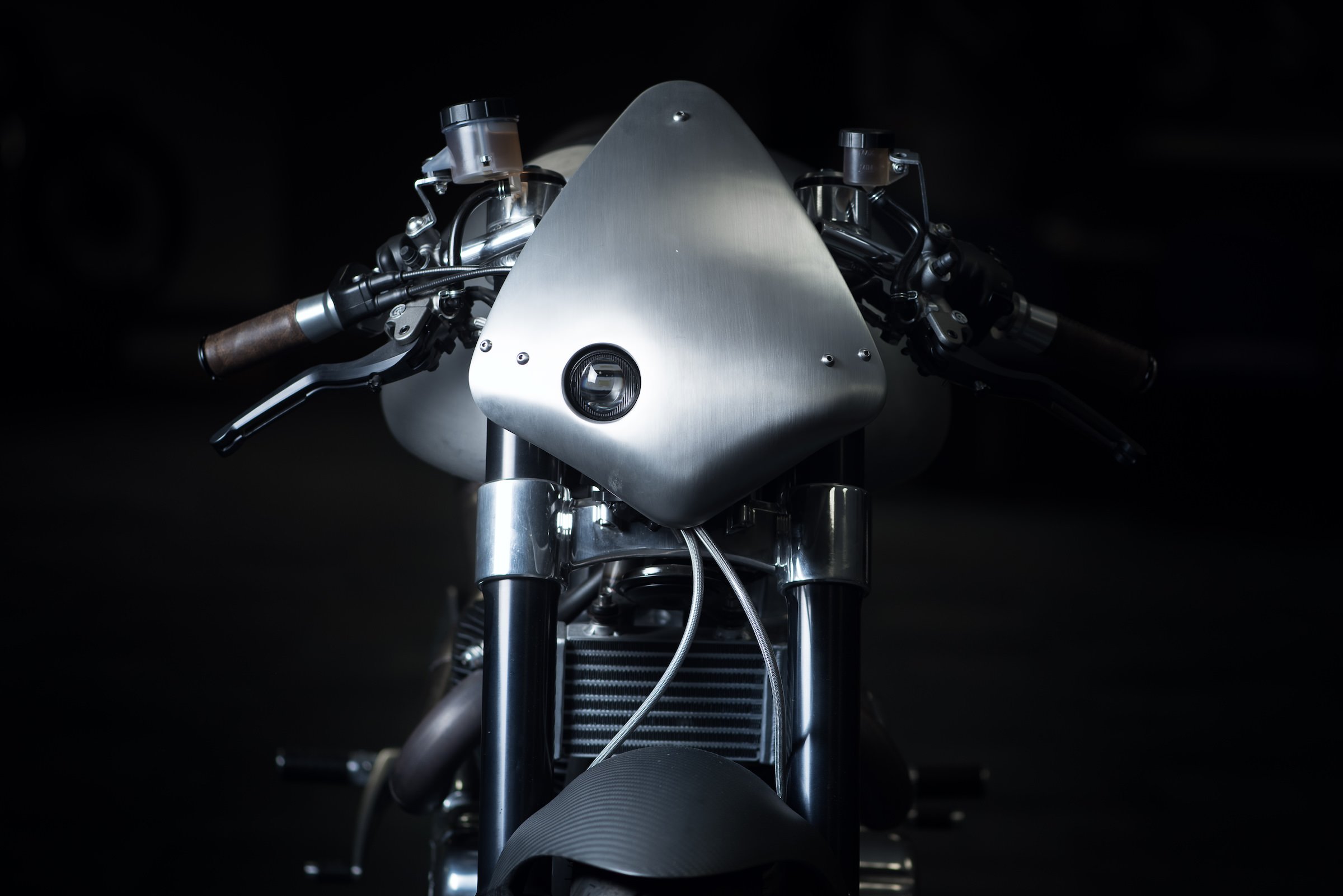