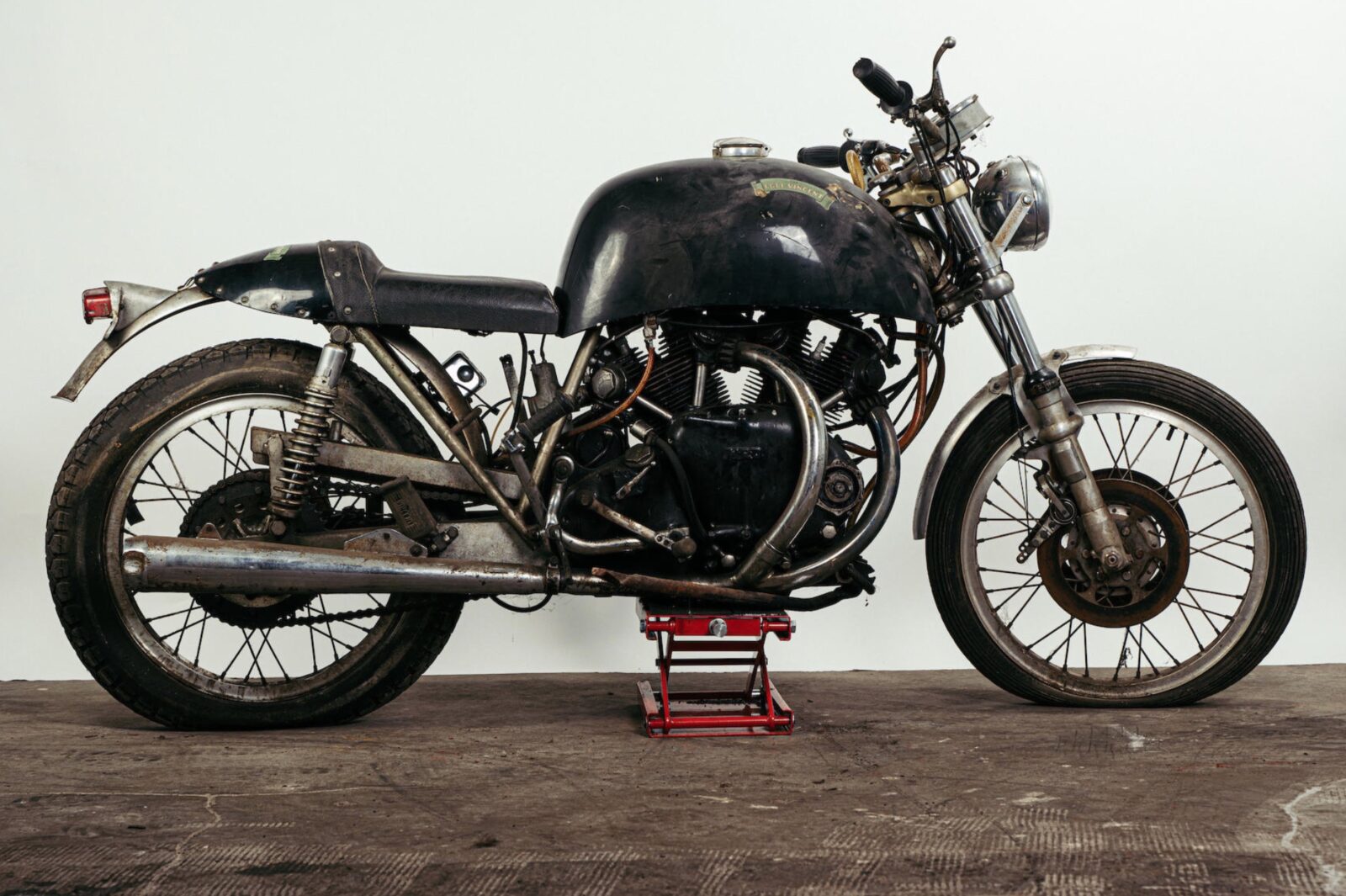 This Egli-Vincent Black Shadow is a project motorcycle that’ll take a fair amount of work and parts to get back into road-going form. That said, with an estimated hammer price of between $15,000 and $20,000 USD this Vincent is potentially the least expensive entry point into Vincent V-twin ownership in the world.

For the uninitiated, the Egli-Vincent is comprised of a Vincent engine mounted to one of Fritz Egli’s legendary backbone frames. Many consider the Egli-Vincent to be a marque unto itself, in the vein of fellow frame-makers Rickman and Seeley. The 998cc Vincent Black Shadow was the fastest production motorcycle in the world when it was released in 1948, it was loved by Hunter S. Thompson and many others, and today it’s widely considered one of the most important motorcycles of the 20th century.

The Black Shadow has a backbone-type frame over the top of the two cylinder heads using the engine as a stressed member – an advanced design feature for the 1950s. Although the Vincent twins were quick, the frame lacked development time and in stock form it was a little too flexible. This wasn’t noticeable to most riders unless they were racing, pushing the bike to its very limits. 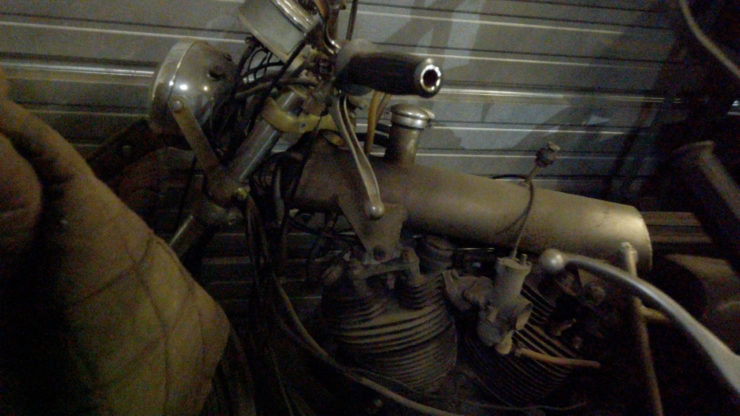 The frame developed by Fritz Egli in the mid-1960s for his own Black Shadow used a large diameter straight steel tube across the top of the cylinder heads, connecting the steering head to the swingarm pivot via a triangulated subframe.

The Egli frame was vastly more rigid than the Vincent original, breathing new life into the Black Shadow and allowing it to win races well into the late 1960s – including a win at the 1968 Swiss Hill Climb Championship with none other than Fritz Egli in the saddle.

Egli would go on to build custom frames of a similar for the large-capacity Japanese superbikes of the 1970s, inspiring manufacturers and vastly improving handling of each motorcycle he touched. Today you can still buy a brand new Egli frame, Fritz himself is still in business and he’s licensed Patrick Godet to make official Egli-Vincent frames to his exacting specifications. 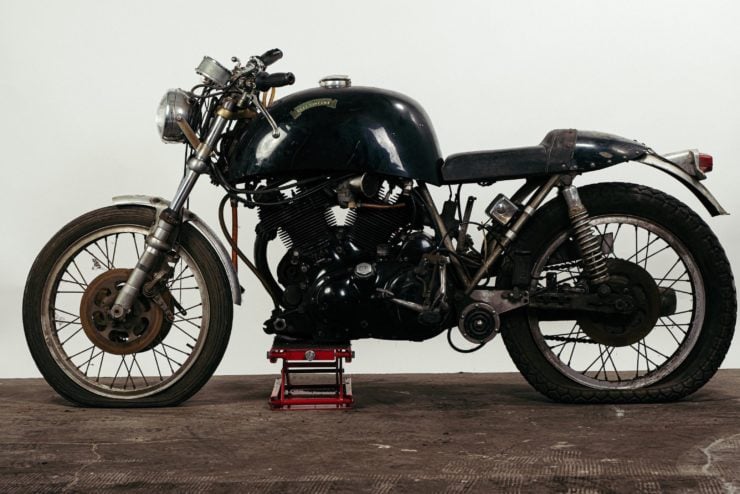 The Egli-Vincent you see here is a Black Shadow with a remarkable history, this was a very early example of the Egli-Vincent, believed to have been built in 1968. Known simply as “EV5” after its Egli frame number, it’s one of several 1968 Cycle World test bikes – further adding to its historic significance.

As the story goes, this bike belonged to the famed Sal DeFeo of Ghost Cycles, he loaned it to Cycle World for an article on the condition that only his personal rider Teddy Griffin was allowed to ride it.

During testing the Egli-Vincent clocked a 0 to 60 mph time of 4.3 seconds, an impressive figure for 1968, made all the more impressive by the fact that the Black Shadow had been out of production for over a decade already by that time.

EV5 was originally painted in Fritz Egli’s favourite shade of orange, though after arriving in the US at some point it was painted a more traditional Vincent black. For a time EV5 belonged to Nick Pierce, a well-known Vincent collector who previously also owned the most famous Vincent of them all – the Rollie Free Black Lightning. 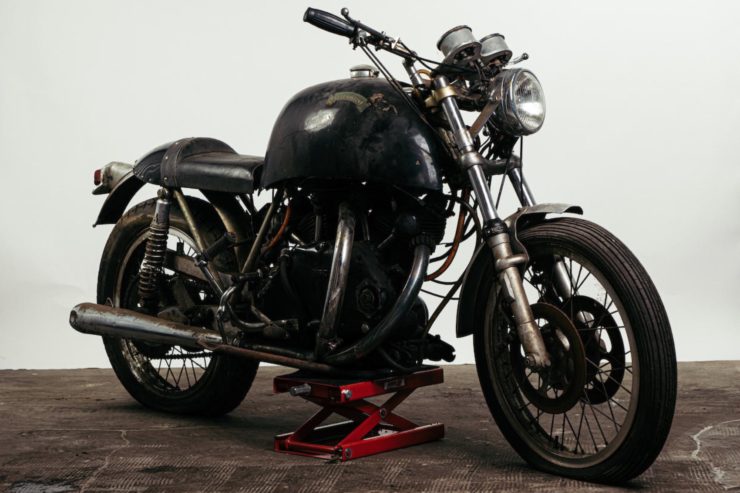 Unfortunately EV5 was involved in a front-end collision at some point, it was laid down and suffered damage to the forks. The full extent of the damage is unclear as the bike was put into storage for decades and has only just re-emerged after having been discovered by two intrepid young motorcycle enthusiasts. It was discovered in 2019 after 30 years in a dry warehouse in Chicagoland, in exactly the same condition it was in on the day of its accident – albeit with a heavy coating of dust.

After any sort of collision there’s obviously always some concern about bent or twisted frames. In this instance the two men who discovered it think the forks took the brunt of it and mention that there’s no sign of frame damage. However Fritz Egli does still have the original frame jigs in his possession and he’s said that they can easily check it for straightness and repair it if needed.

If you’d like to read more about this Egli-Vincent or register to bid you can click here to visit the listing. It’s due to roll across the auction block with Bonhams at the Barber Museum Auction on the 5th of October with an estimated hammer price of $15,000 to $20,000 USD. 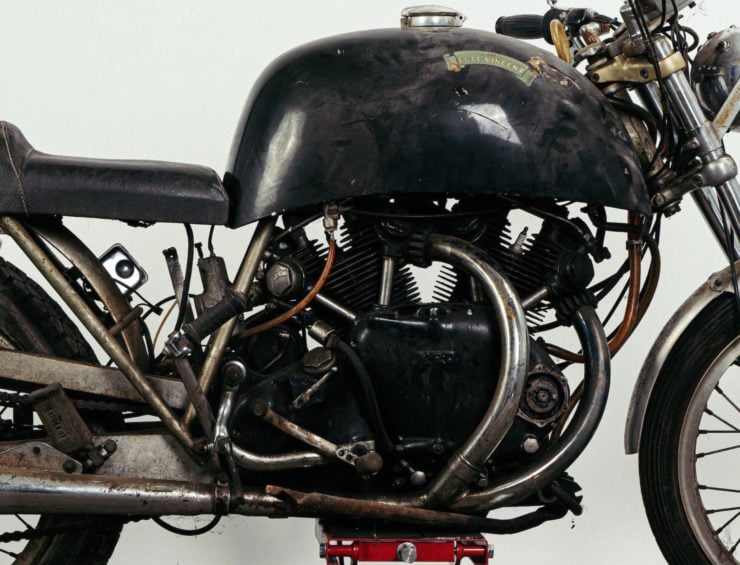 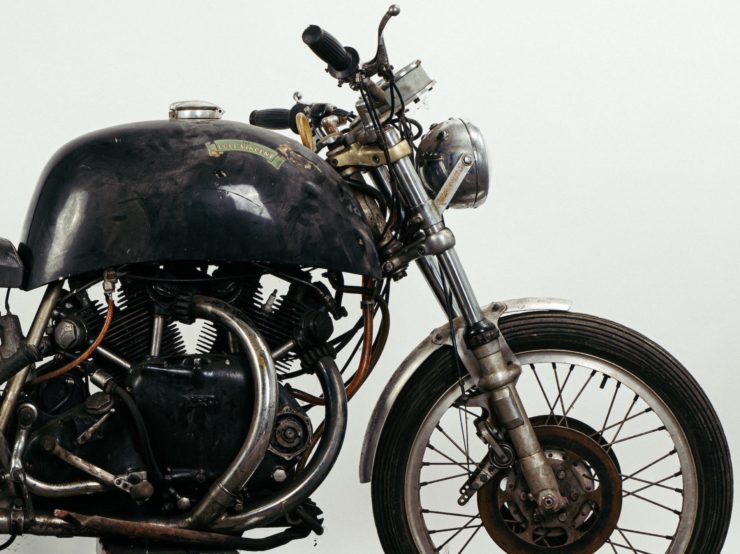 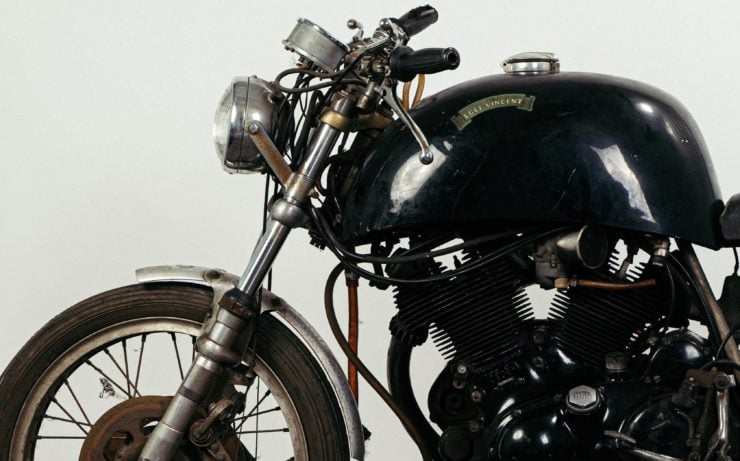 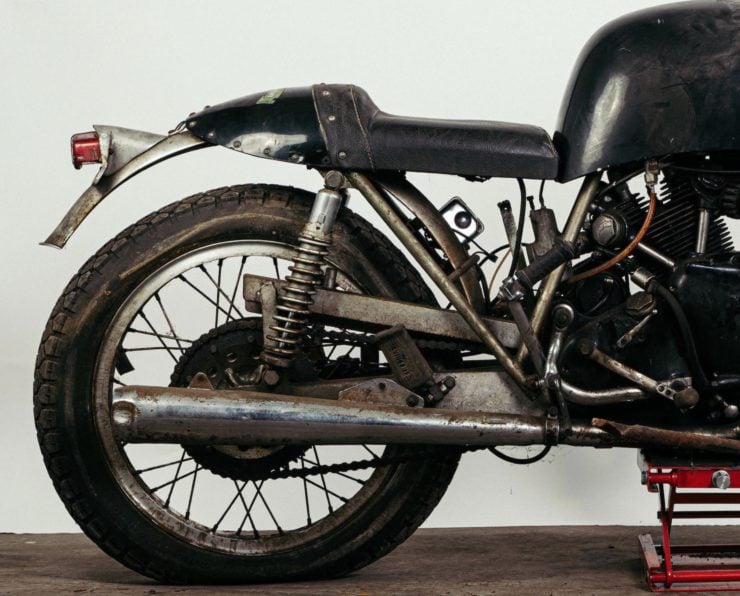 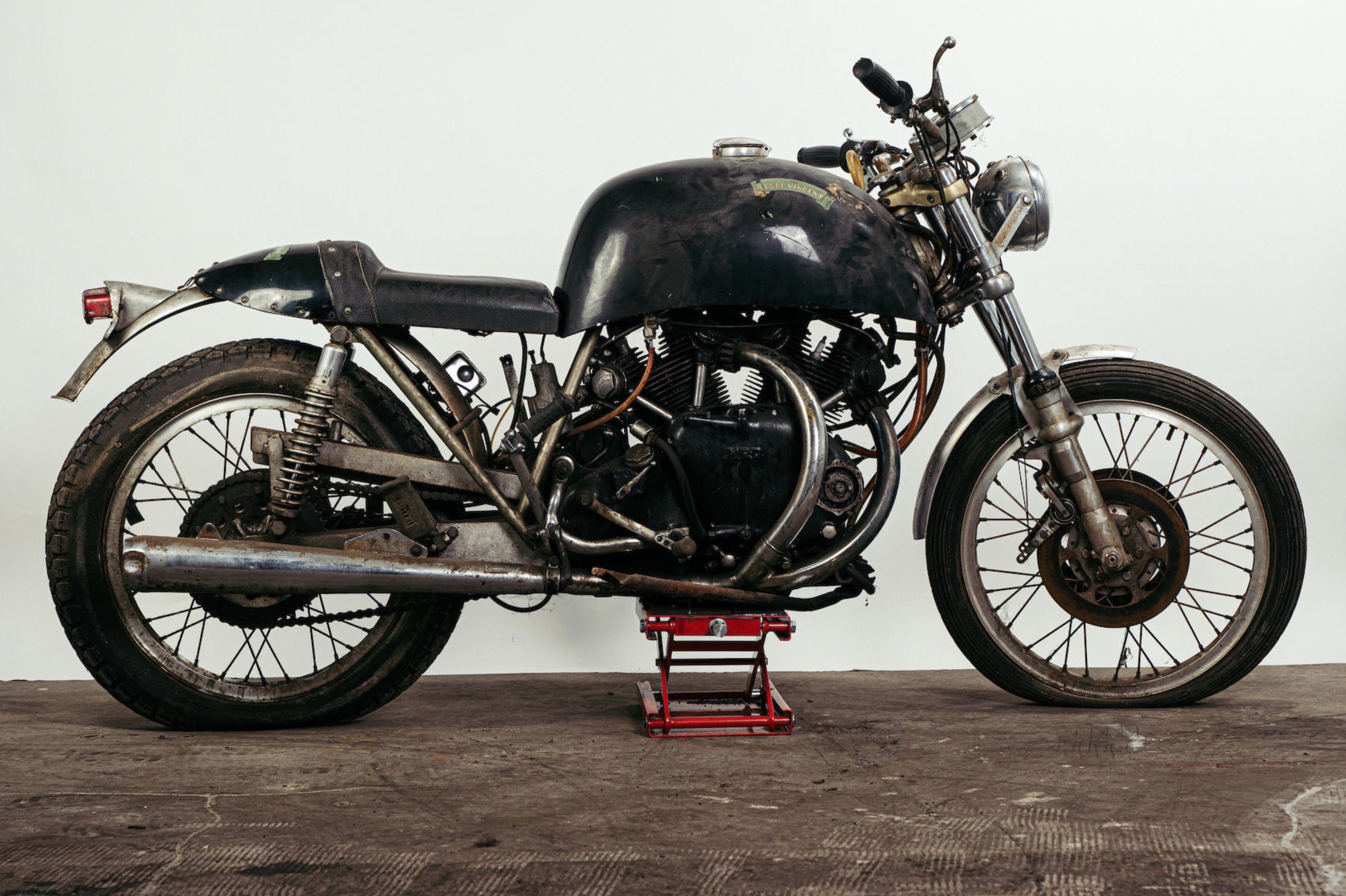