The Munch Mammoth, or more correctly the “Münch Mammoth”, was a superbike first released in the late 1960s with a 1.2 liter 4-cylinder car engine fitted to a custom frame and capable of up to 104 bhp depending on the model. The Mammoth was released at a time when one of the world’s leading sports bikes, the Norton Commando, had an engine that was 745cc and produced 58 bhp.

It’s often referred to with a “u” instead of a “ü” for the simple reason that many don’t know how to make the character (including me until this morning).

The project to develop the Münch Mammoth began in 1965 when Freidl Münch who formerly worked in the Horex racing department was contacted by the affluent French sidecar racer Jean Murit. Jean laid out a plan to create the world’s most powerful production motorcycle, essentially a superbike though that term wouldn’t be coined for a few more years.

Freidl set to work immediately, he knew that developing their own engine from a blank sheet would wipe out their budget, so he sourced an engine from the NSU Prinz 1000 – a German compact car designed to compete with the likes of the Mini and the Beetle.

The new engine for the NSU Prinz was a 996cc air-cooled unit with a chain-driven single overhead cam, 4-cylinders, and a choice of one, two, or four carburettors. Although it must have seemed like madness at the time, this engine was actually well-suited to motorcycle use, and it would only be a few years later that the same basic layout (and approximate size) would become the power unit of choice for the globally dominant Universal Japanese Motorcycles.

Obviously there was no pre-existing frame on the market that would match the engine, so Friedl Münch took the best handling motorcycle frame of the time, the Norton Featherbed, and created his own version from scratch.

The Mammoth was fitted with ample braking front and rear, a large fuel tank, and its now-famous twin headlight arrangement.

The first Münch Mammoth prototype was ridden by Jean Murit at the head of a motorcycle procession through the Val d’Isère to Col de l’Iseran mountain pass. This new, gigantic motorcycle attracted an enormous amount of attention, and a production version was developed for public consumption.

Over the next few years the Mammoth would be produced in a number of variations, including the 1177cc NSU engine released in 1968 – this proved so powerful that it would break the spokes of the rear wheel under heavy acceleration. A new cast magnesium rear wheel was developed, and it was used on all models from then onwards, including the most powerful iteration of the Mammoth – fitted with Kugelfischer mechanical fuel injection and capable of 104 bhp.

A special US-only version was developed in collaboration with company investor Floyd Clymer, these were named the Clymer-Münch Mammoth IV and the motorcycle you see here is one of them. Over the course of its production it’s thought that about 500 units were made – many of which have survived due to their rarity and value.

The red and black Clymer Münch Mammoth you see here is an all-original 1970 model fitted with the highly desirable 1177cc engine and twin Weber 40DCOE carburetors. It was originally sold in New Jersey but over the course of its life it made its way back to Germany – where it was sold to the current owner in November 2014 from Fuchs Motorrad of Osnabrück.

The Mammoth has been recently restored to a very high level using only original parts, and it comes with its previous German registration document, HMR&C correspondence, SORN paperwork, V5C Registration Certificates, some record of servicing and parts bills, and two MoTs. 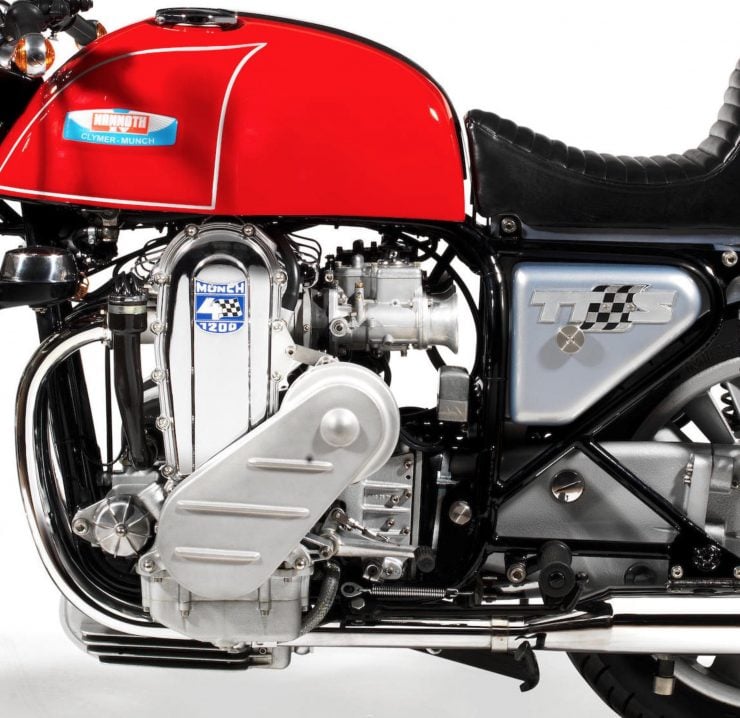 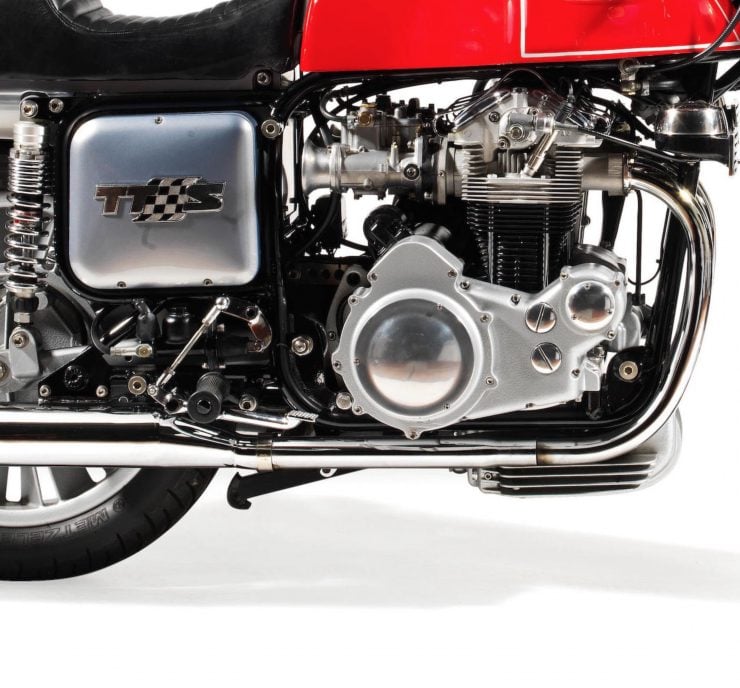 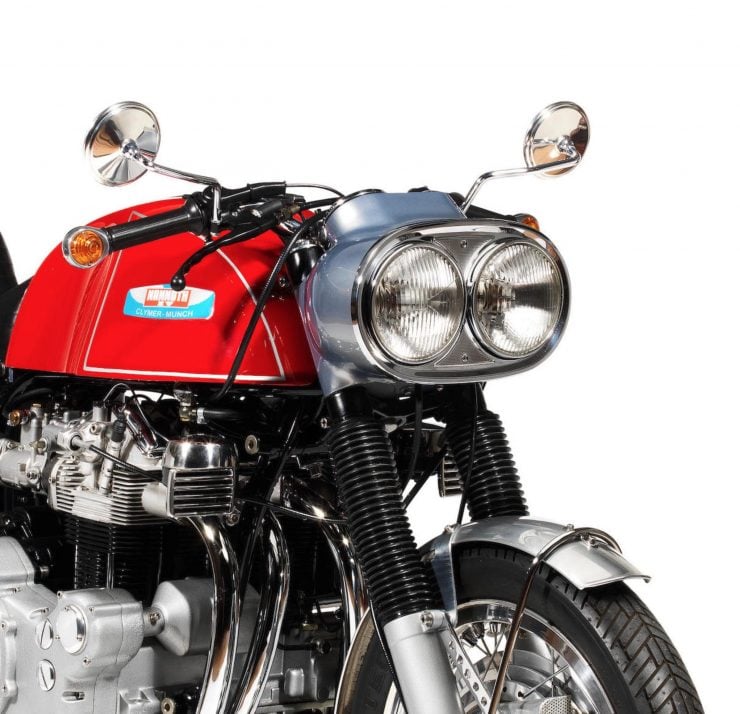 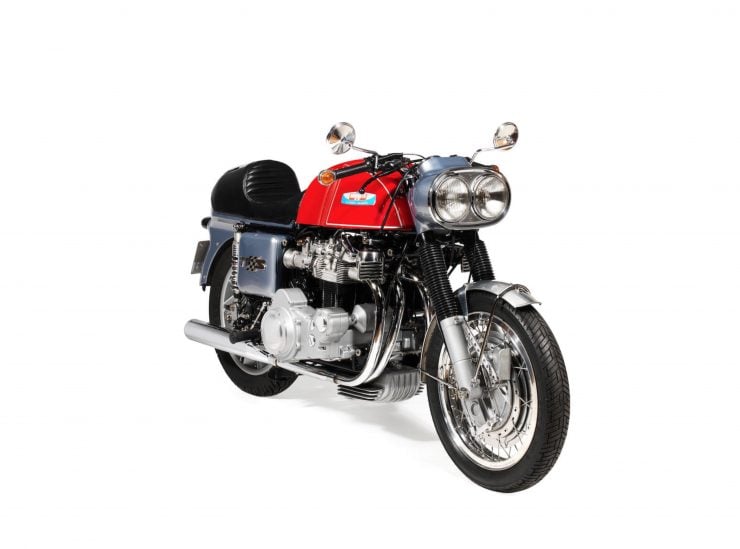 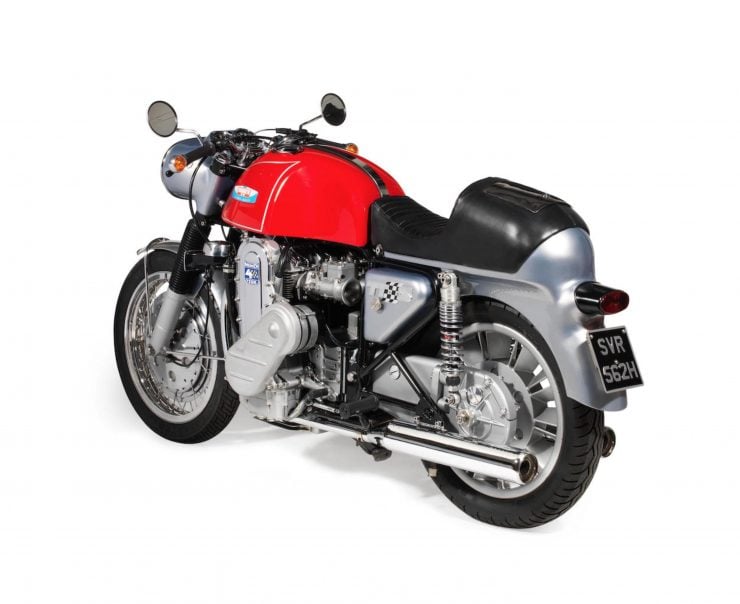 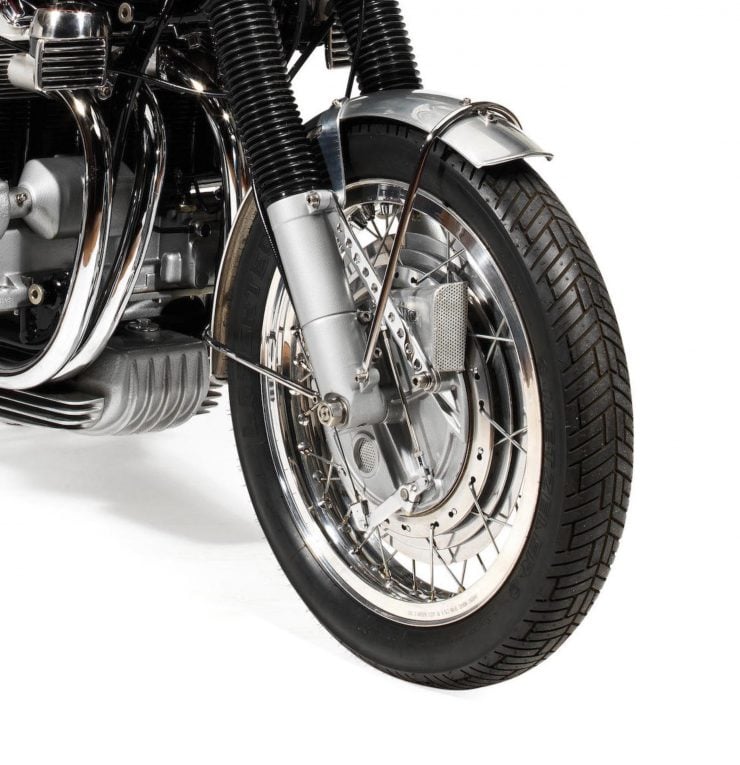 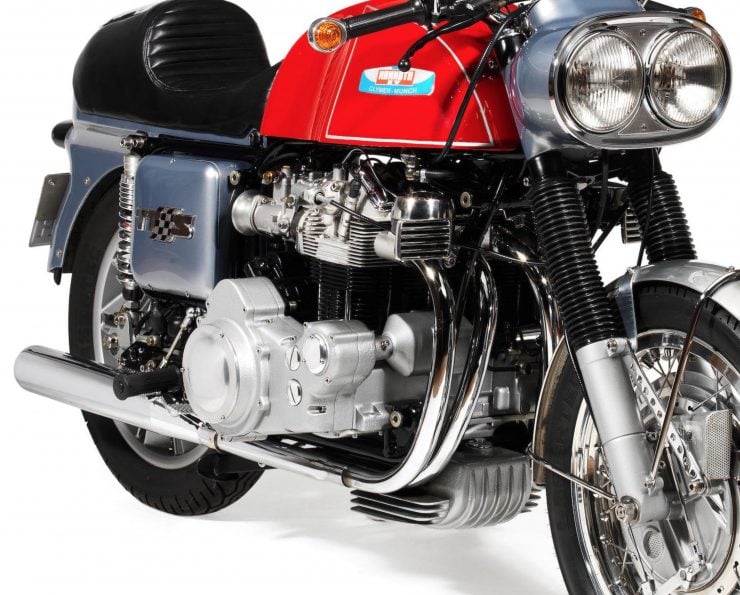