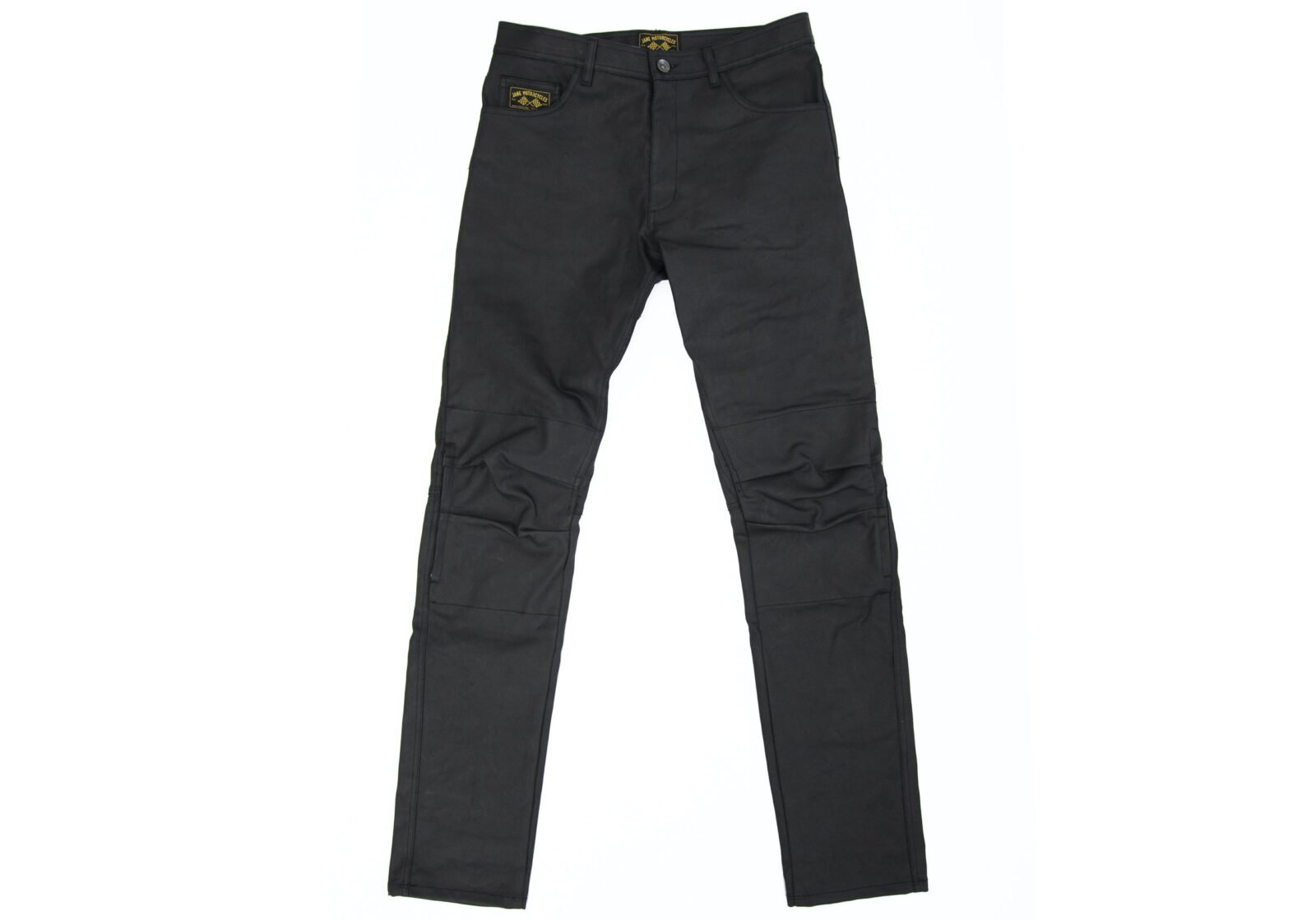 These are the new Norman Armalith Riding Pants by the team at Jane Motorcycles, each pair is made from Armalith waxed denim – a material prized for its abrasion and penetration resistance.

Armalith is known as the world’s strongest denim, it’s made up of UHMWPE (ultra high molecular weight polyethylene) as a core fibre, with cotton woven around the outside. This gives the skin feel and breathability of cotton, and avoids having artificial fibres against your skin.

Jane Motorcycles is a New York City based motorcycle gear and apparel maker, as well as a custom motorcycle builder and a cafe offering some of the best coffee in the city. They typically spend years developing each apparel item, and they field test everything extensively.

The Norman Armalith Riding Pants have five pockets in total, they have articulated knees, and a seat yoke added to eliminate wear on the seam. They come with knee and hip pockets to accept advanced D3O armor, this isn’t included in order to keep the price down, as many motorcyclists already have this armor and don’t want to buy it twice. If you’d like to get some the knee armor is available here, and the hip armor is available here.

These pants have a tested 4 second slide time at 50 mph, cotton denim typically last less than 1 second on asphalt at this speed, and due to the rapid deceleration the overwhelming majority of motorcycle slides are shorter than this. 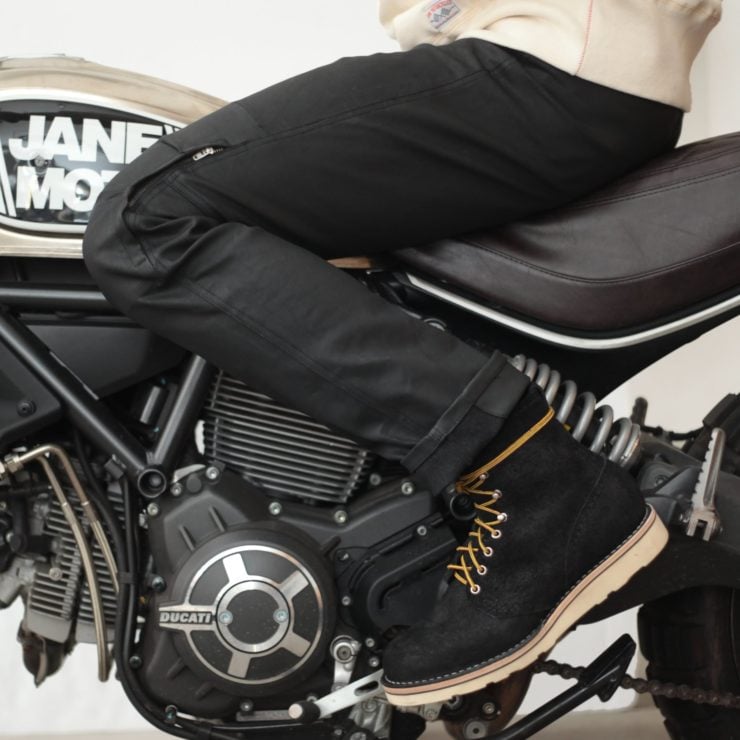 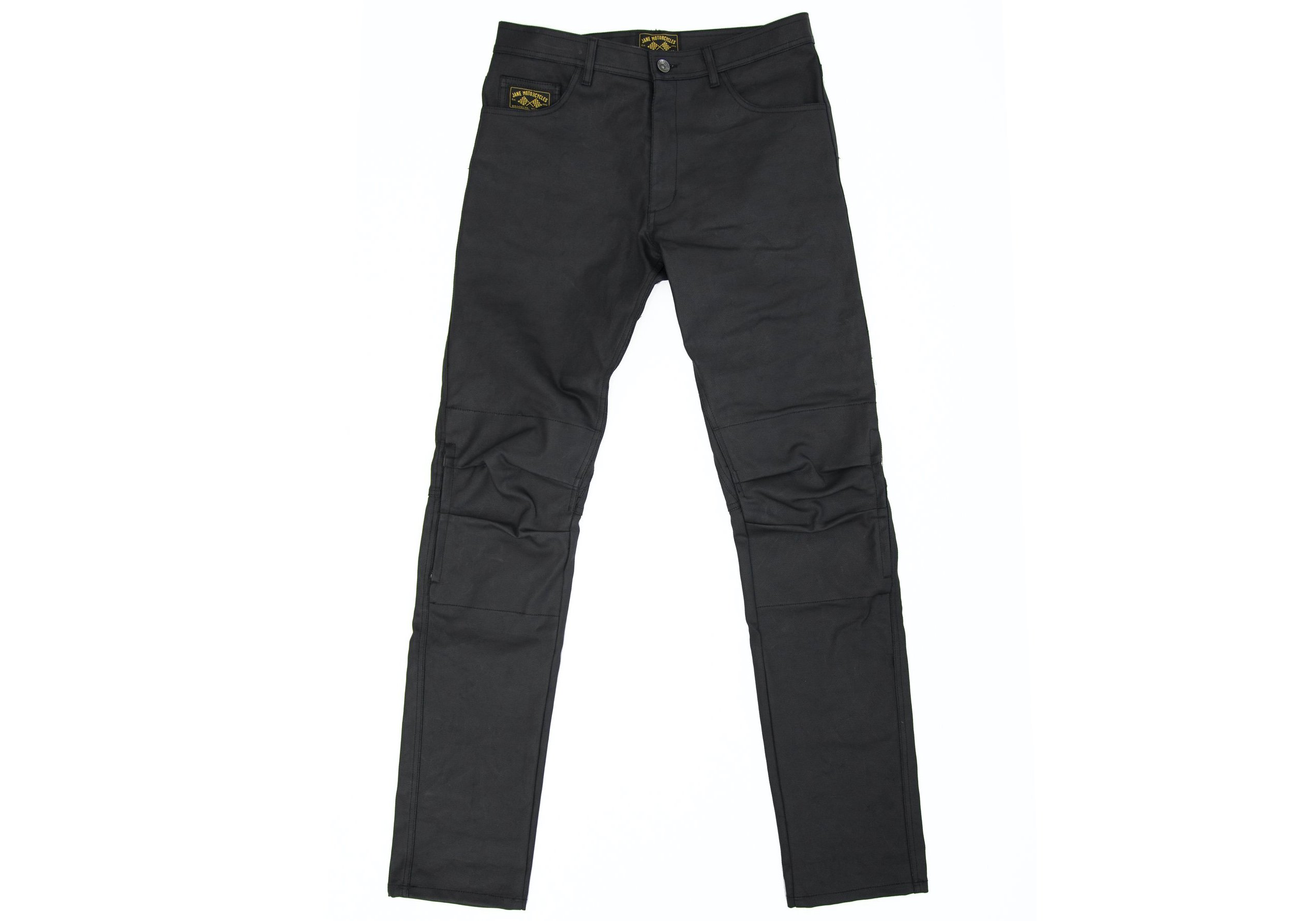