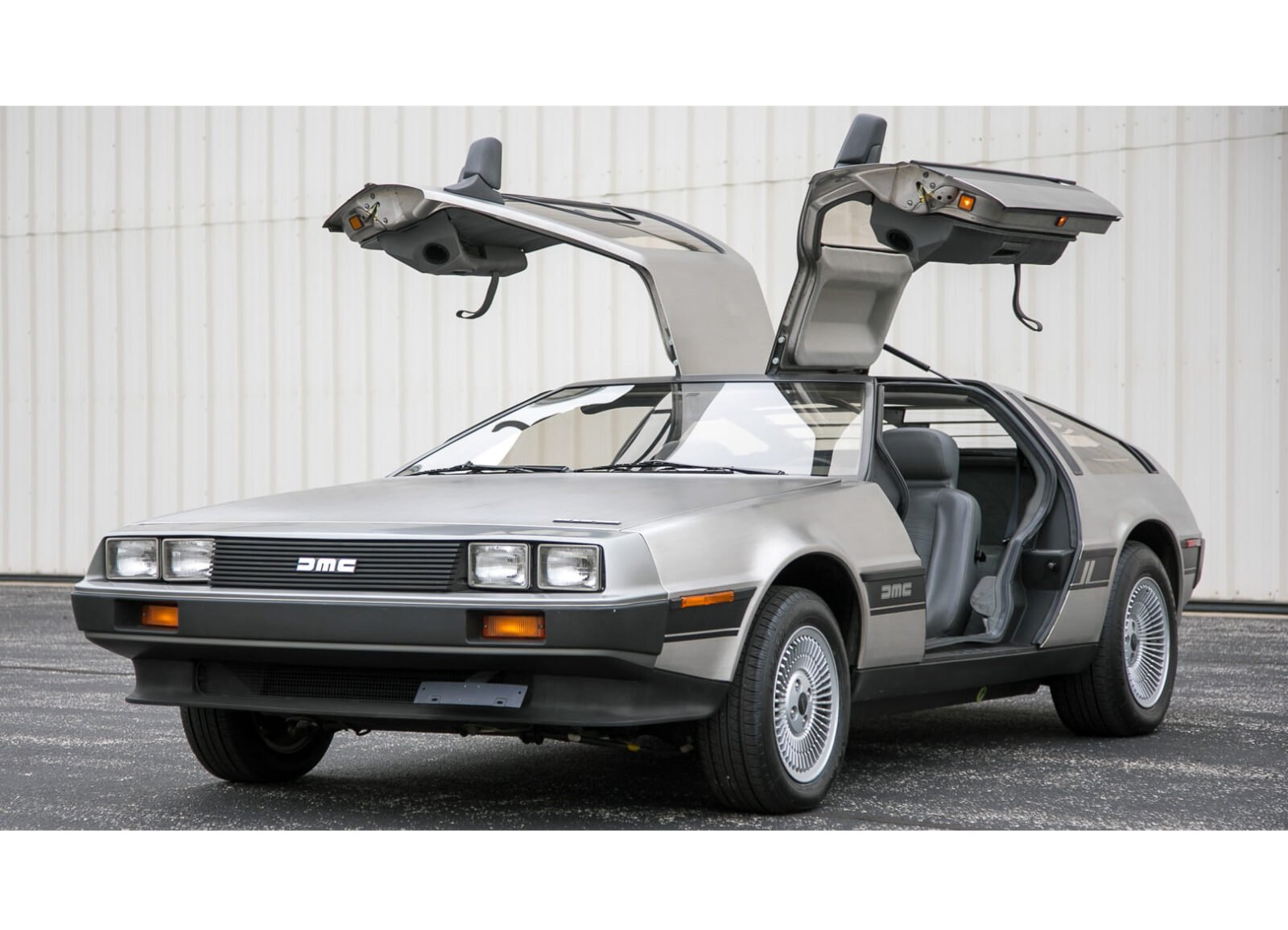 It’s not everyday you get a chance to buy yourself an almost-new DeLorean DMC-12, the example you see here has just 165 miles on the odometer and it remains original and unrestored since it was built back in the early 1980s.

Despite its shortcomings the DeLorean seemed undeniably destined for greatness when the vehicle was early in its design and prototyping phase.

The DMC-12 was designed by Giorgetto Giugiaro, arguably the greatest car designer of all time and the man who penned icons like the De Tomaso Mangusta, the BMW M1, the VW Golf, and many others. The engineering of the car was undertaken by Colin Chapman and his team at Lotus, winners of multiple Formula 1 and sports car world championships, and the whole project was being overseen by John DeLorean – the godfather of the Pontiac GTO and formerly the youngest division head in General Motors history. 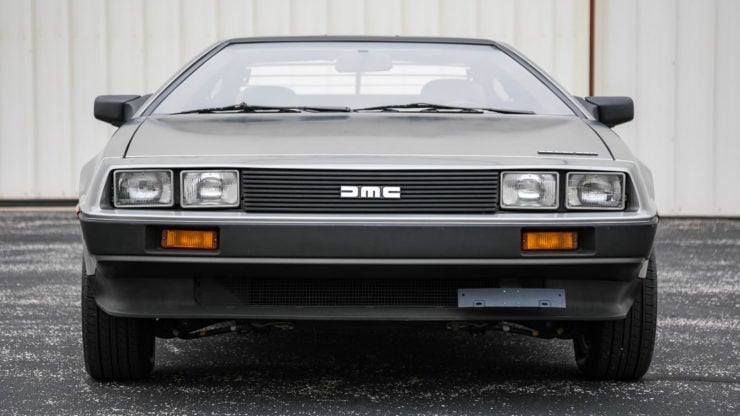 With this team behind the car it must have seemed like it couldn’t be anything other than a huge success, so much so that the government of Northern Ireland was convinced to invest over £100 million in the project on the proviso that the factory be set up in the town of Dunmurry in the country’s east to provide local jobs.

Setting up a new car company from scratch is not an easy task, automotive history is littered with stories of promising new car companies that crashed and burned like Tucker, Bricklin, and of course DeLorean.

By the time the first Back To The Future film appeared in 1985 and shot the DeLorean DMC-12 to international stardom it was already far too late for the company, which had gone bankrupt three years earlier. It’s interesting to wonder how DeLorean’s fortunes may have been different if the movie had come out when the car was still available for sale, and whether the surge in interest could have saved the company.

The Back To The Future Trilogy has become a permanent and significant part of DeLorean folklore now and when people see a DMC-12 on the street the films are almost invariably the first thing they talk about. The tragic history of the company including a private jet loaded with cocaine and an FBI sting operation long forgotten by most. 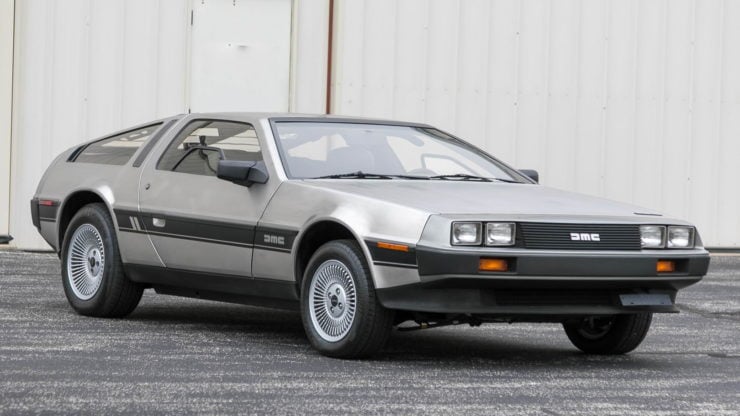 Interestingly the DeLorean company is now back in business, they have operated a large facility in Humble, Texas since 1995 selling spare parts and offering help for DMC-12 owners. Due to the recent Low Volume Vehicle Manufacturing Act the company is now preparing to relaunch the DMC-12 and begin selling all-new cars in 2021, with 50 or so anticipated to be sold each year for approximately $100,000 USD each. There are also rumours of an all-electric DMC-12 in development.

In the years since the original car’s launch its shortcomings have been largely addressed, with improved suspension kits and engine swaps or turbocharging giving the DMC-12 the performance it should have had at launch.

The car you see here is one of the lowest mileage DeLorean’s we’ve seen come up for sale in recent history, it has just 165 miles on the clock and it remains original throughout – the same as it was the day it rolled off the production line in Dunmurry.

It’s due to be auctioned by Mecum at the Indy 2020 sale in mid-July. If you’d like to read more about the car or register to bid you can click here to visit the listing. 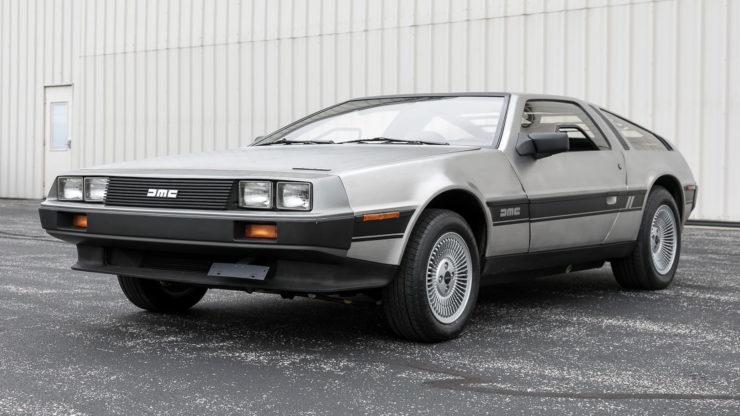 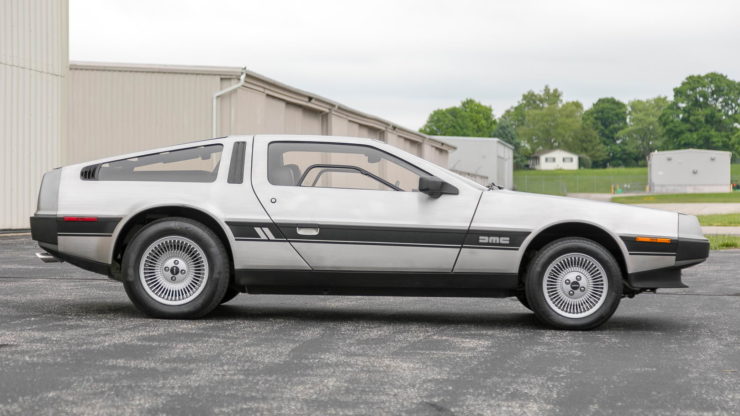 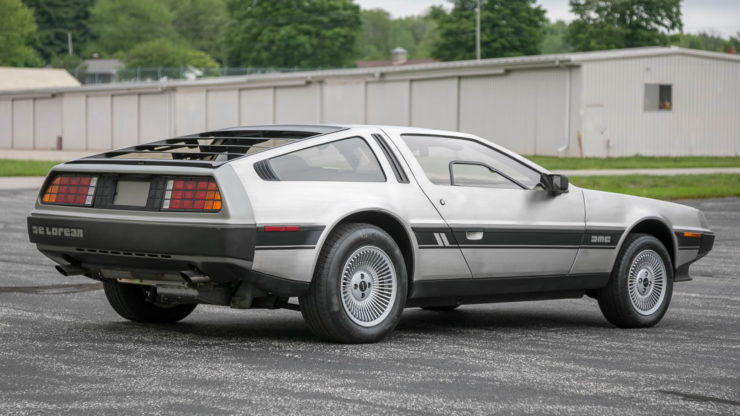 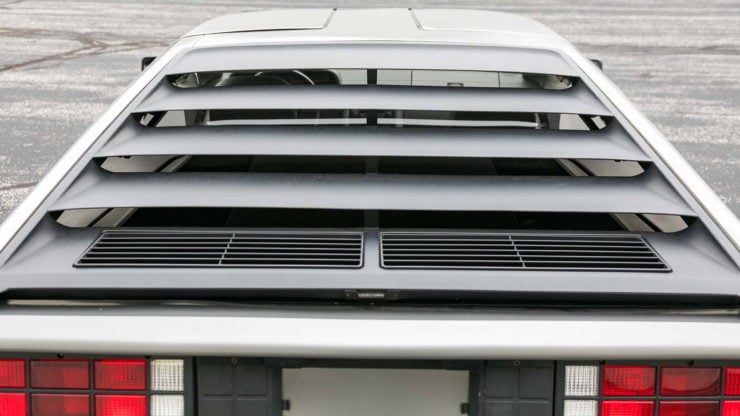 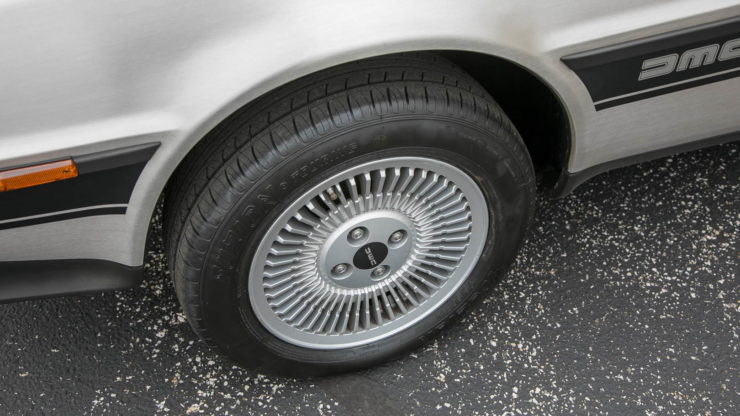 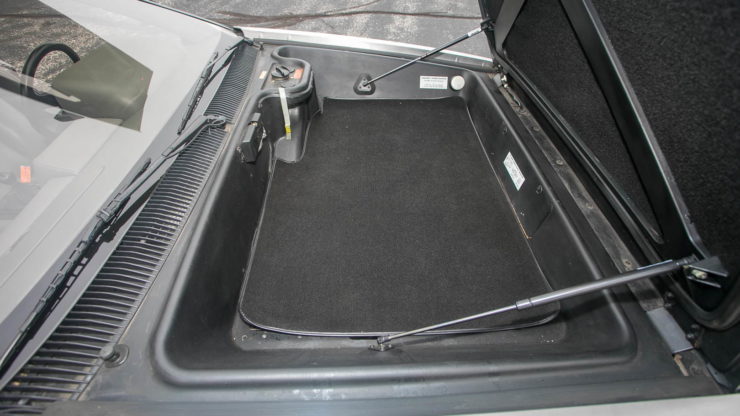 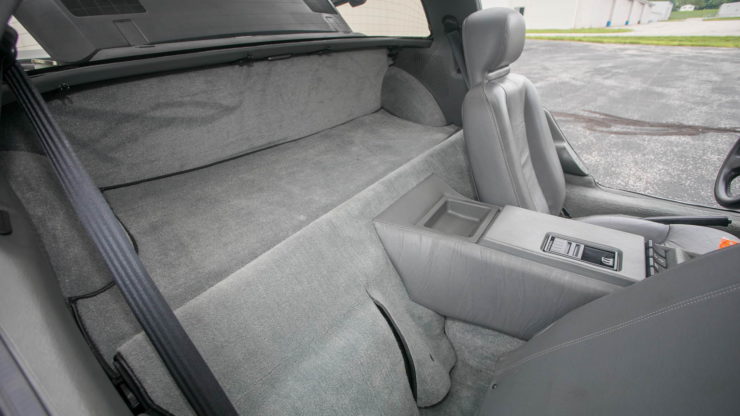 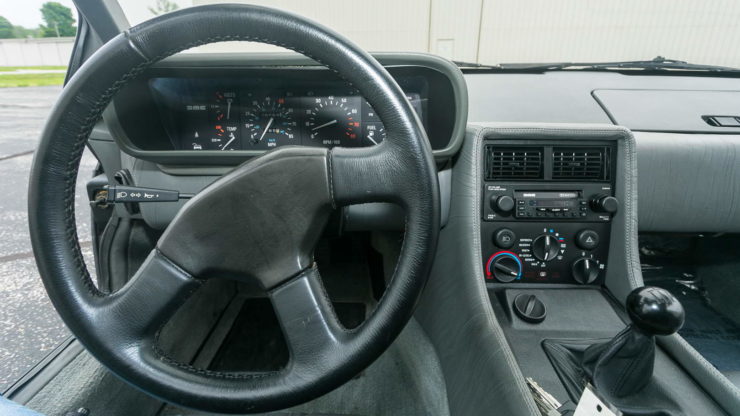 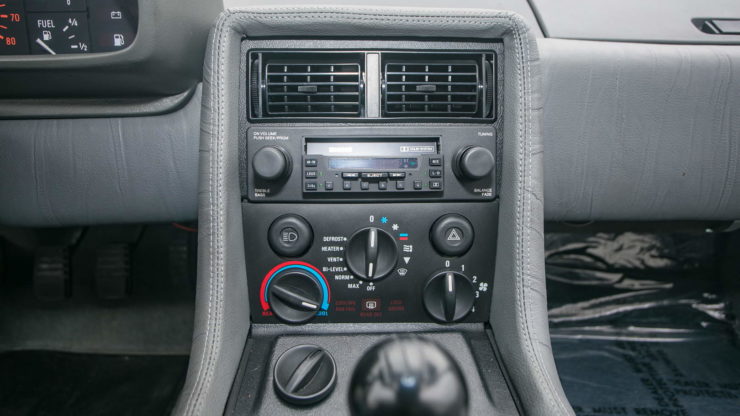 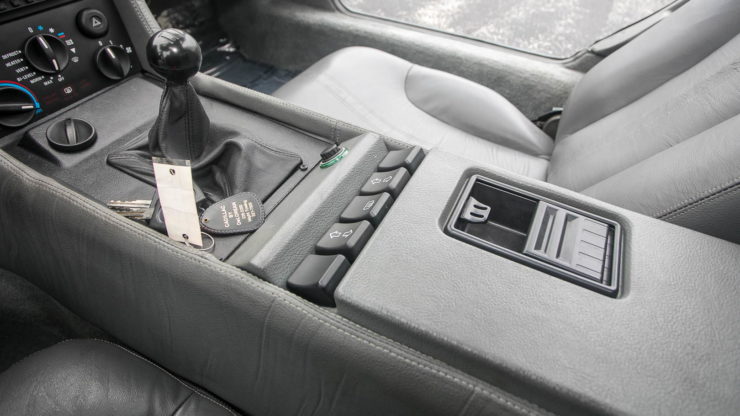 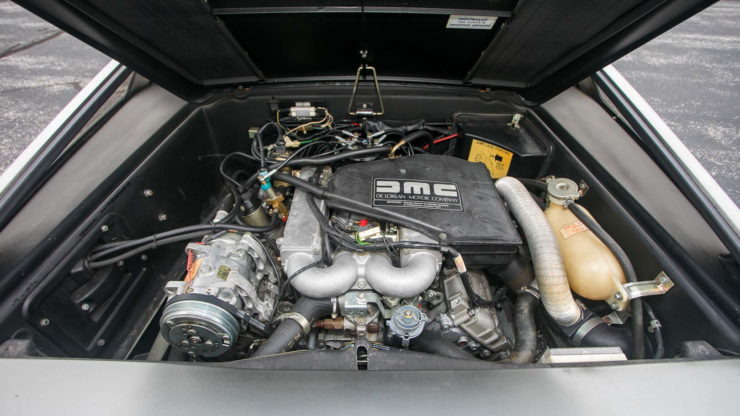 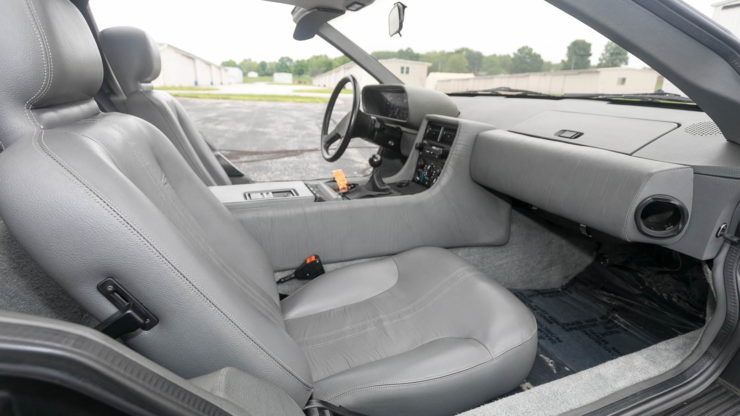 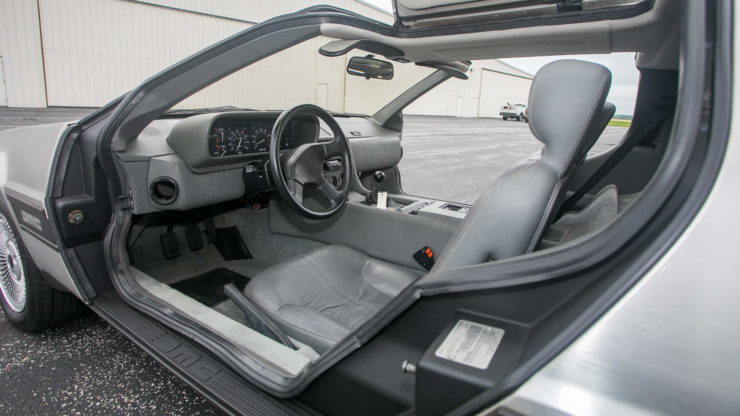 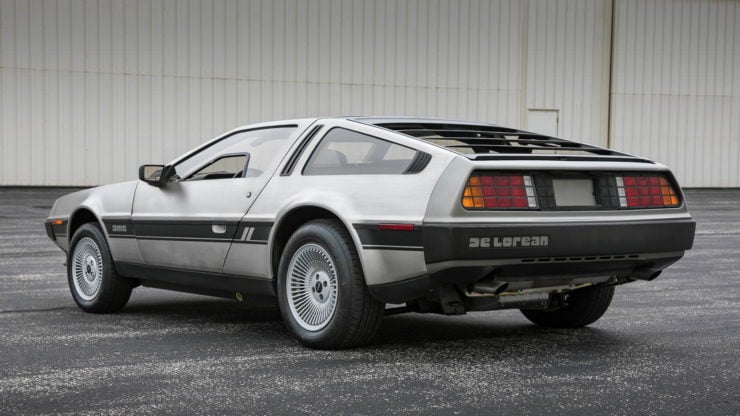 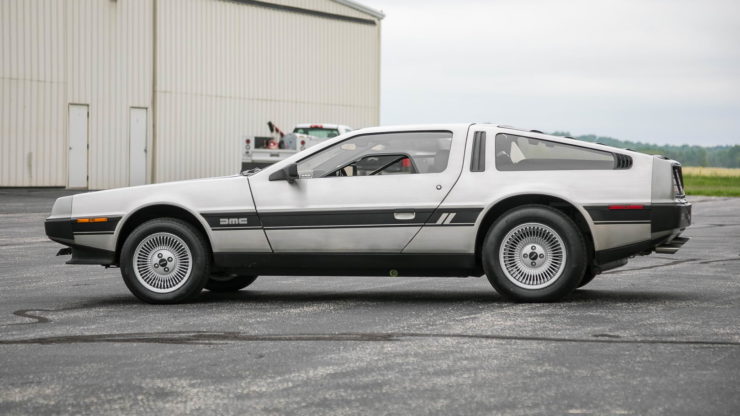 This earthmover Unimog is one of those vehicles that I have absolutely no conceivable use for, but find myself wanting all the same. It’s…

The Subaru 360 was the Japanese automaker’s first ever production car, it’s powered by a 356cc twin-cylinder two-stroke engine, it’s made of fibreglass, and…

The De Tomaso Mangusta Shelby MkV prototype is a little known historical oddity, but it very nearly became the Ford-badged successor to the Ford…