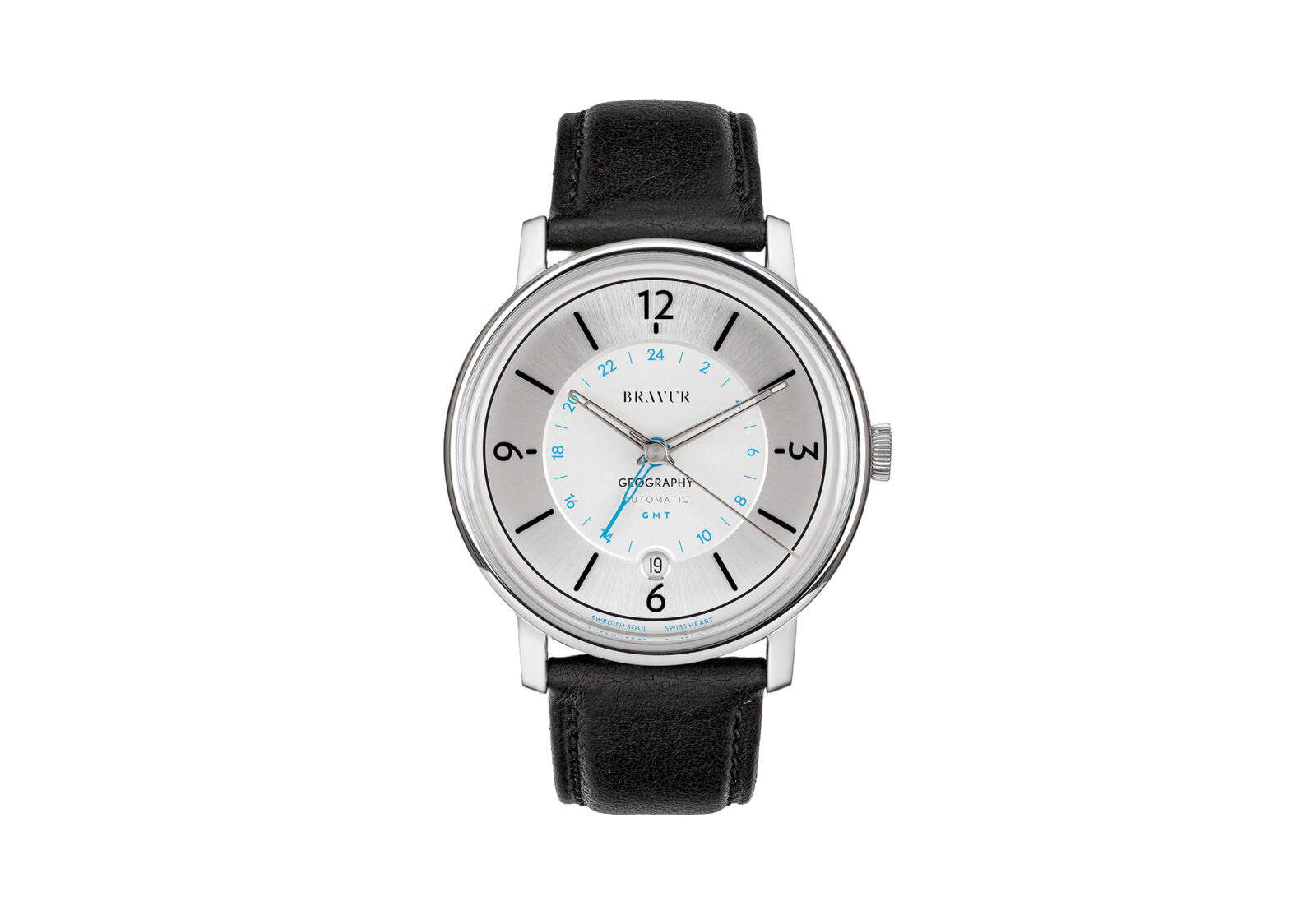 The Bravur Geography GMT is one of the most popular timepieces made by the Swedish watchmaker at their workshop in the small coastal town of Båstad. Each Geography GMT has a case made from the finest Swedish stainless steel which is sourced from Sandvik, a company dating back to 1862.

The all-important movement is a Swiss movement is a 25 jewel automatic caliber SW330-1 Sellita with rhodium plating which is showcased through the sapphire display back. The model name is a hint as to its function, the watch has four hands and two dials which allows you to read the time in two time zones at a glance – a handy feature for those who travel frequently.

The two time zone system works quite simply, the primary time zone is read on the outer dial using the traditional hour, minute, and second hands. The inner 24 hour dial is blue and the fourth watch hand is painted to match, this fourth hand marks the hours in your second time zone.

The dial has a discreet sunburst pattern with black markings on the outer dial, the Rhodium plated hands have Superluminova C1 applied on tips for easy reading at night, and the watch comes with six strap options.

The MSRP of $1,450 USD puts the Bravur Geography GMT well into affordable territory for a handmade watch with a Swiss automatic movement, particularly one with the interesting Swedish company behind it. 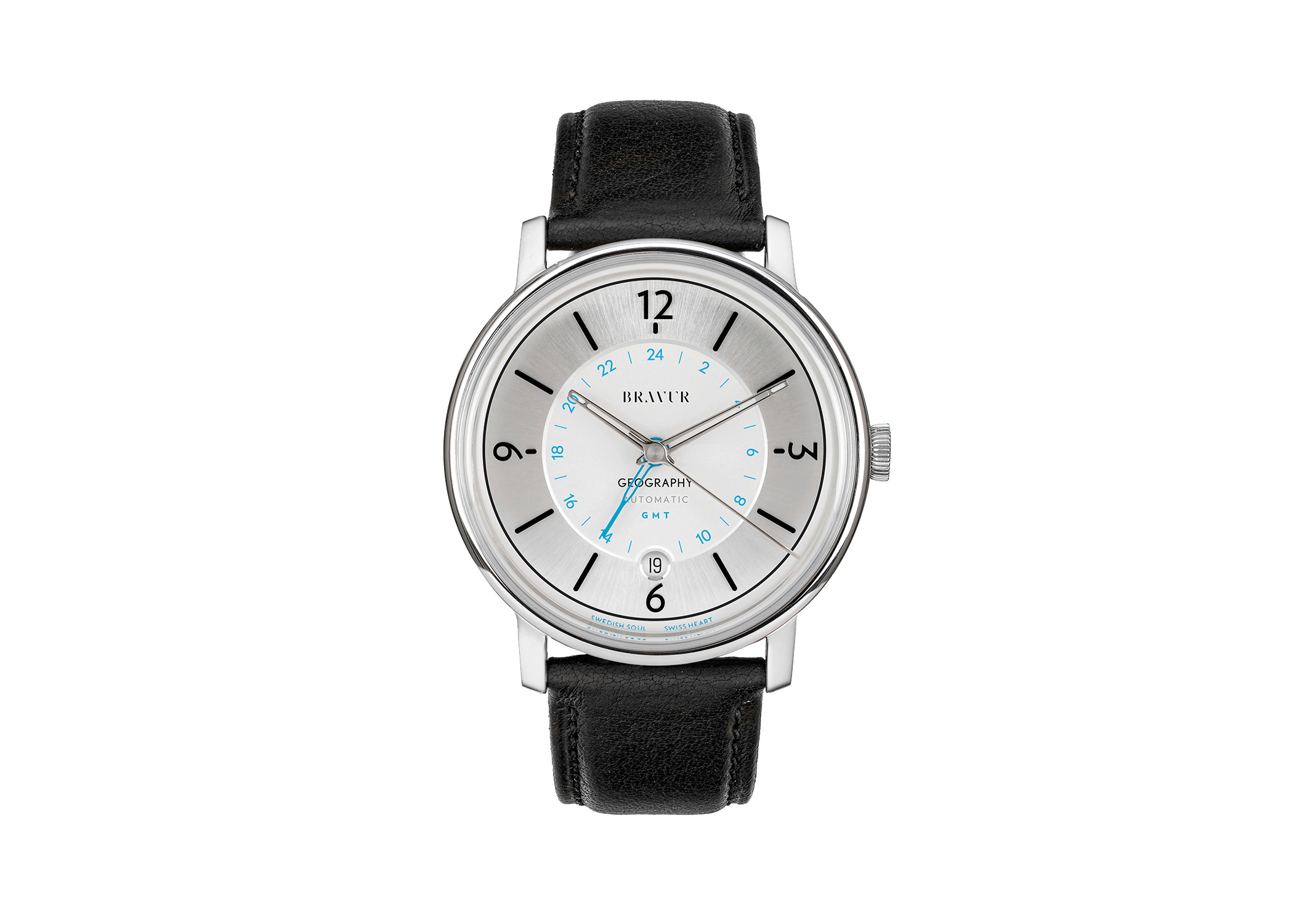