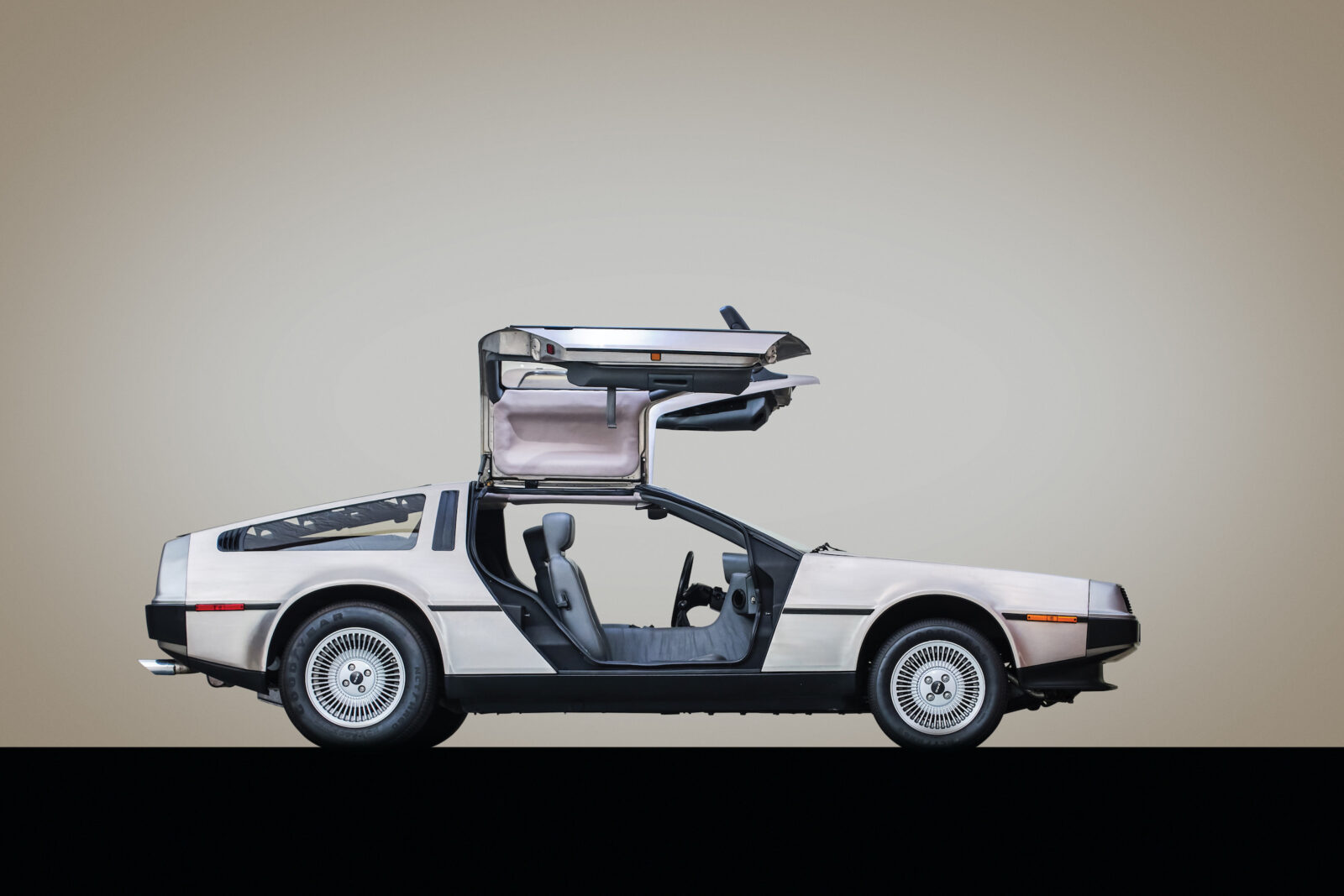 The DeLorean DMC-12 is nothing if not controversial when it was released, but the passing of time and the fact that the car was the star of the hit 1980s Back To The Future films has now cemented its favourability with the general public.

The DMC-12’s single largest flaw has always been its lack of power. Penned by Giorgetto Guigiaro with the engineering taken care of by Colin Chapman and Lotus the DeLorean promised lightning fast speed and handling.

The cold hard reality was quite the opposite, the DMC-12 was slow by the standards of the day, largely due to the fact that the engine type had been changed before production began. John DeLorean had originally intended for the DMC-12 to be powered by the Citroën/NSU Comotor Wankel engine however this motor was discontinued before production of DeLorean’s car started. 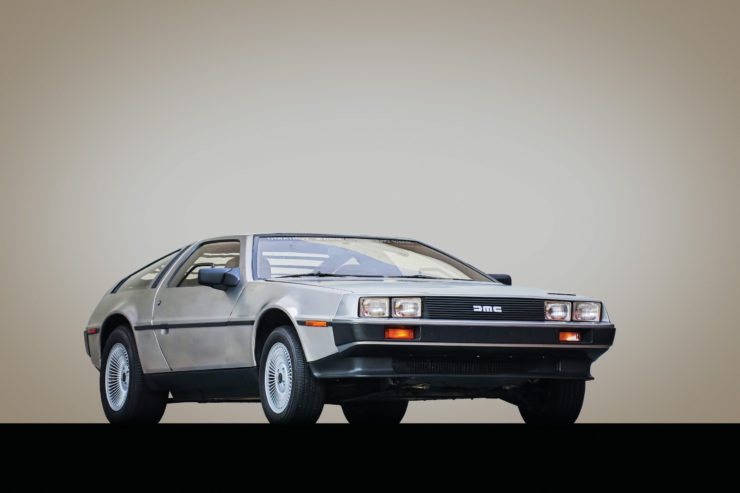 John DeLorean knew this wasn’t acceptable, and he was working closely with Legend Industries on a turbocharged version of the DMC-12 that would sell for a $7,500 USD premium over the standard car, offering considerably more speed – the prototype could do the 0 to 62 mph run in just 5.8 seconds.

Sadly there would be an incident with the FBI, a large shipment of cocaine, and a private jet that would land John DeLorean on trial for drug trafficking. DeLorean was found not guilty but by that time the company had collapsed into bankruptcy, and the plans for a production DMC-12 Turbo model variant would never come to fruition.

Fortunately all was not lost, many thousands of DeLoreans had been built, and many of their owners wanted that additional turbo power. One of the companies that created a kit to fulfil that desire was BAE, they developed a bolt-on turbo kit promising a 50% power increase from 130 bhp to approximately 195 bhp with 6 PSI of boost. This relatively low boost level was chosen to preserve engine life, and the turbo was installed without an intercooler. 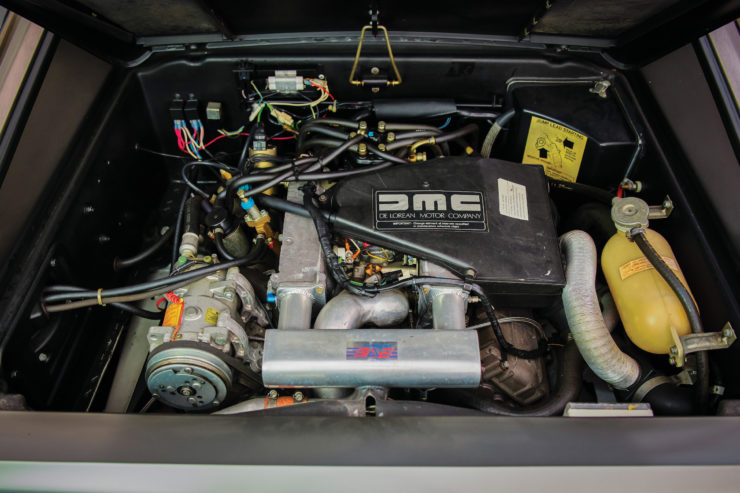 The problem with the low power output of the original DeLoreans has been discussed ad nauseam over the decades, owners have tried turbochargers, superchargers, nitrous oxide, and engine swaps – one owner even tried a Mr Fusion system.

Original BAE turbo kits and cars fitted with them now fetch a price premium, they offer a glimpse into a future we never saw – factory-built turbo DMC-12s with respectable 0 to 62 times that matched the car’s aggressive styling.

The DeLorean you see here is one such vehicle, it’s fitted with a BAE turbo system and it has just 6,900 miles from new. The car also has the desirable 5 speed transmission and it’s accompanied by its original window sticker and copy of certificate of origin.

RM Sotheby’s will be offering this DeLorean for sale at the upcoming Arizona auction in mid-January with an estimated value of between $40,000 and $50,000 USD. If you’d like to read more about it or register to bid you can click here to visit the listing. 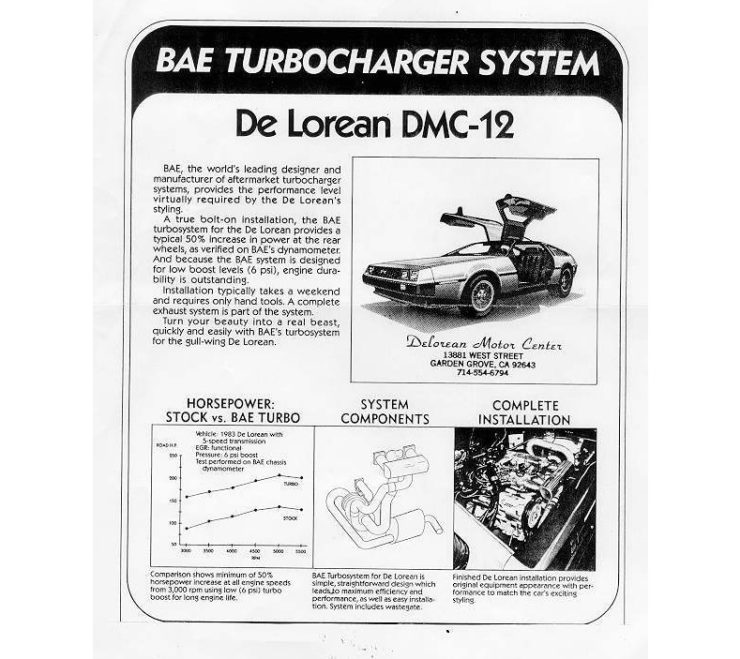 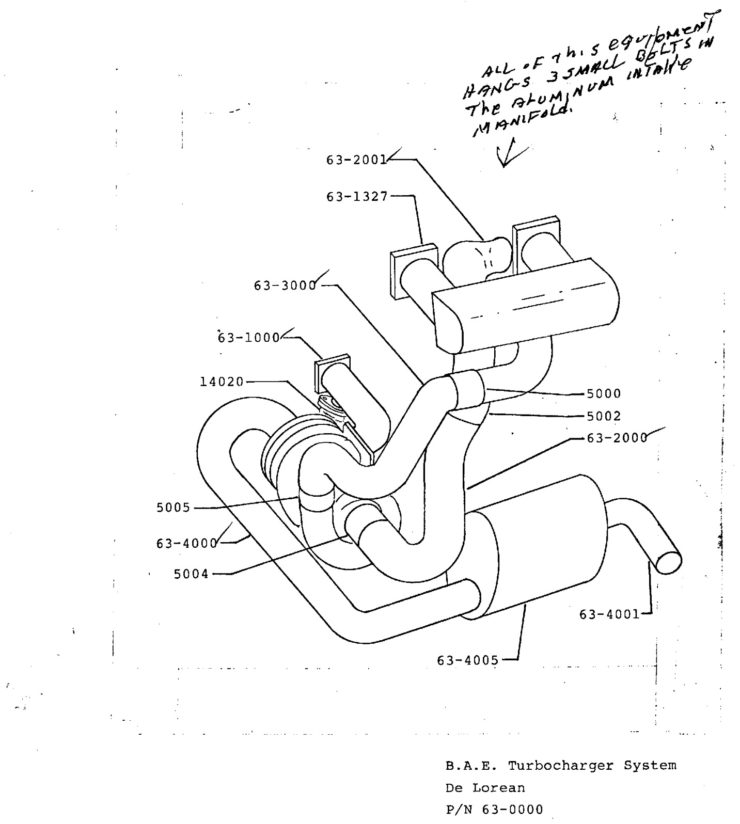 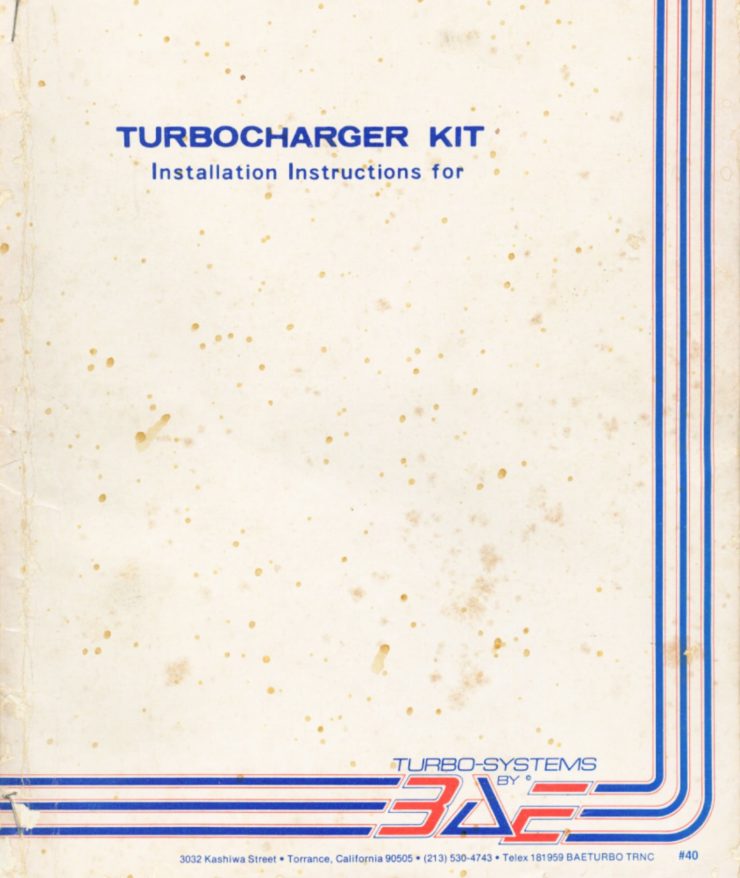 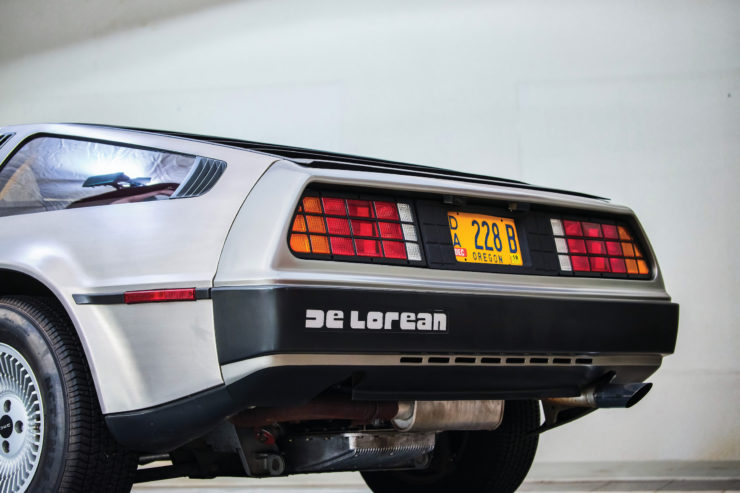 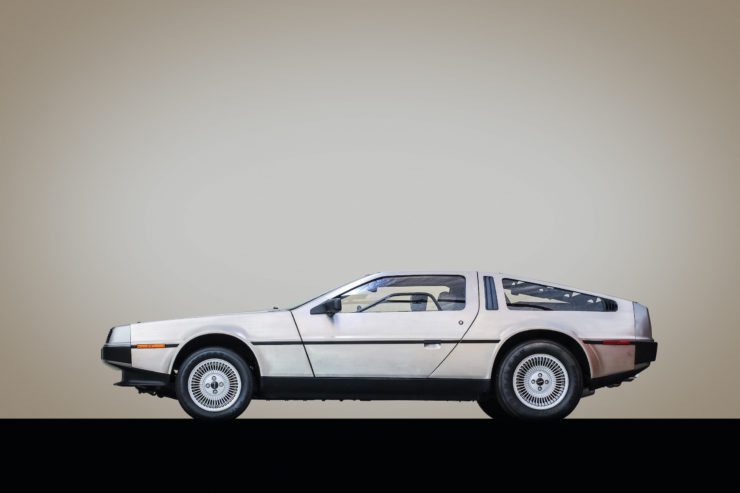 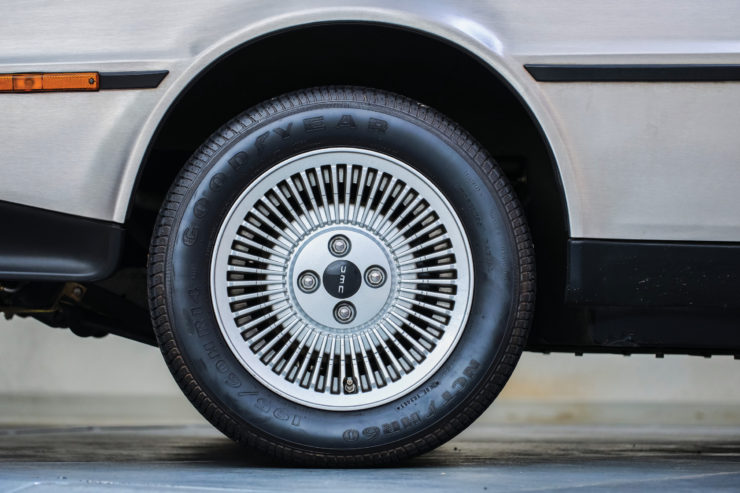 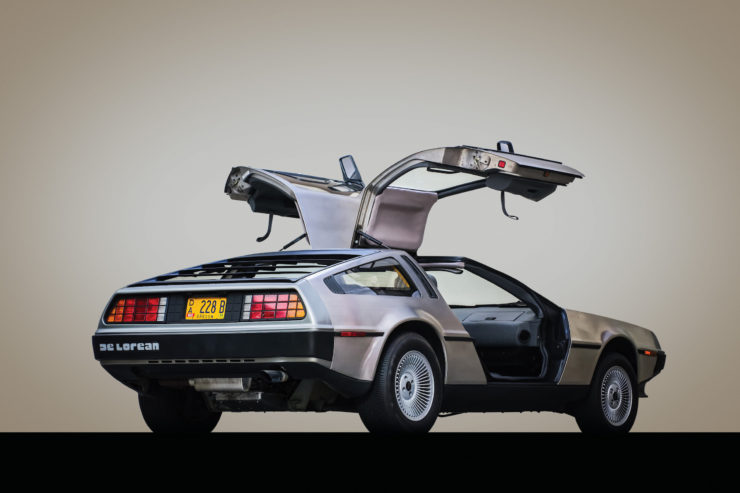 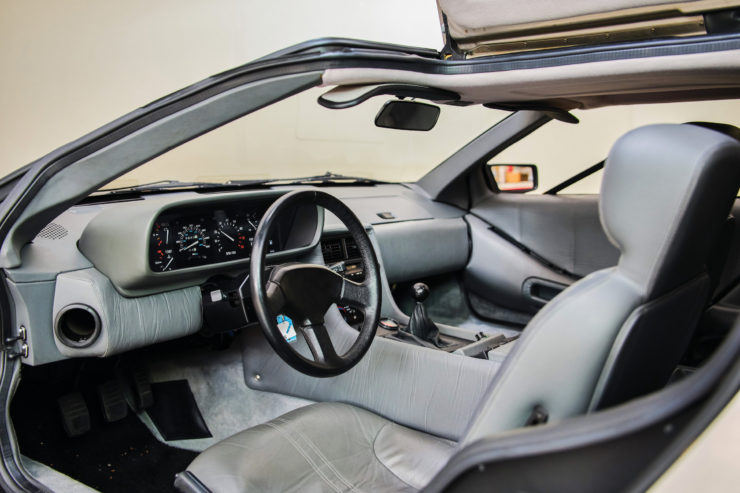 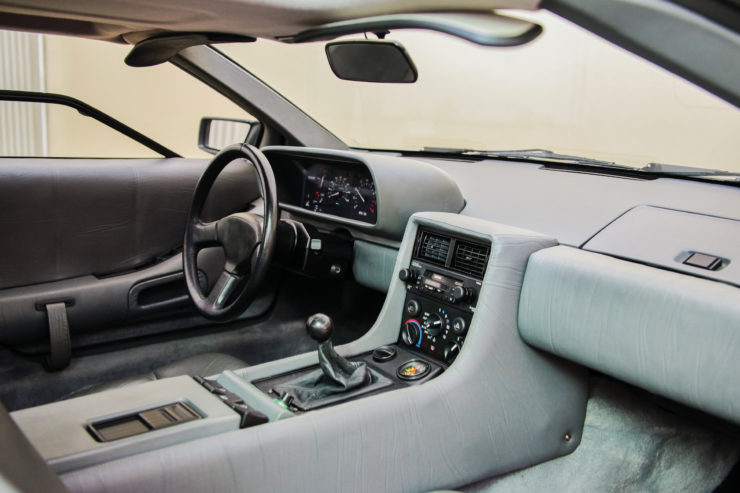 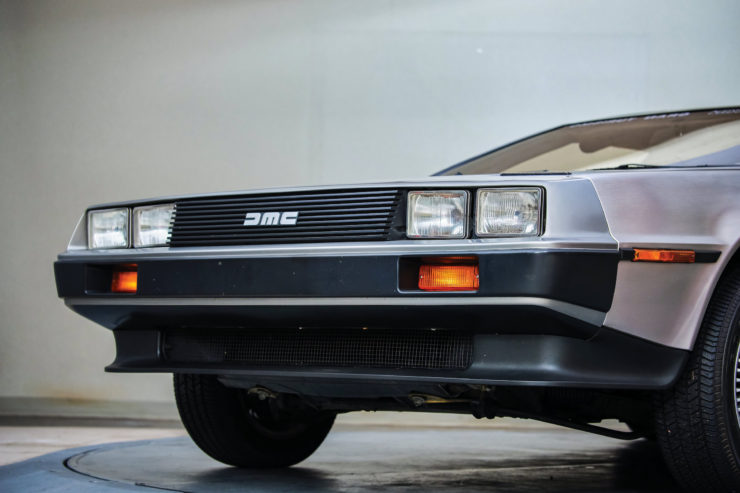 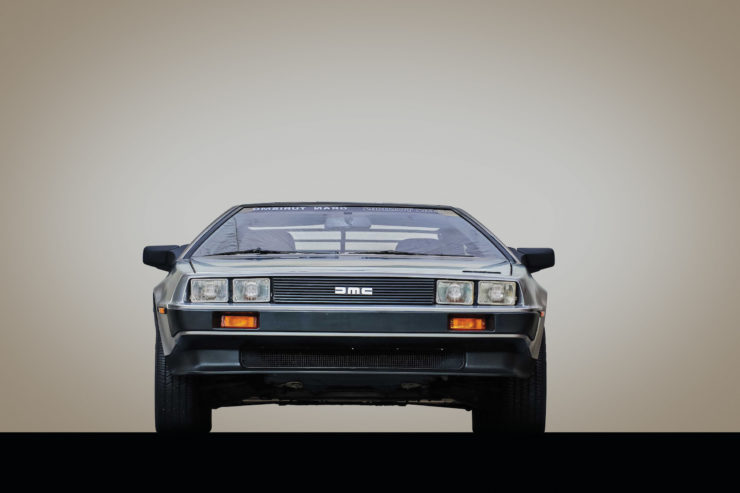 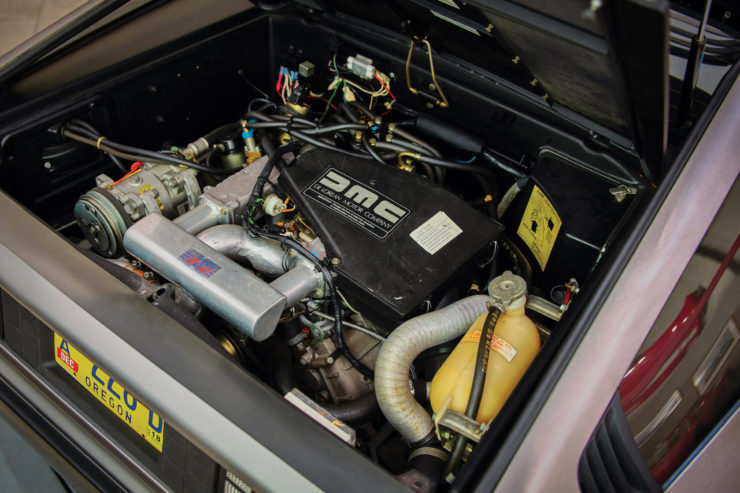 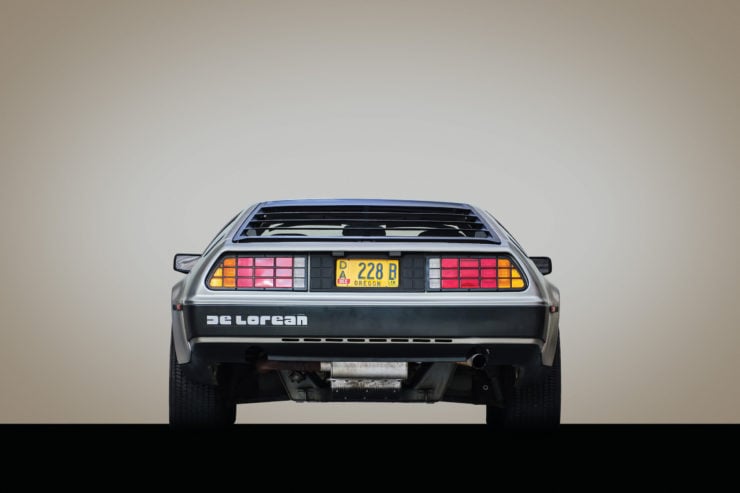 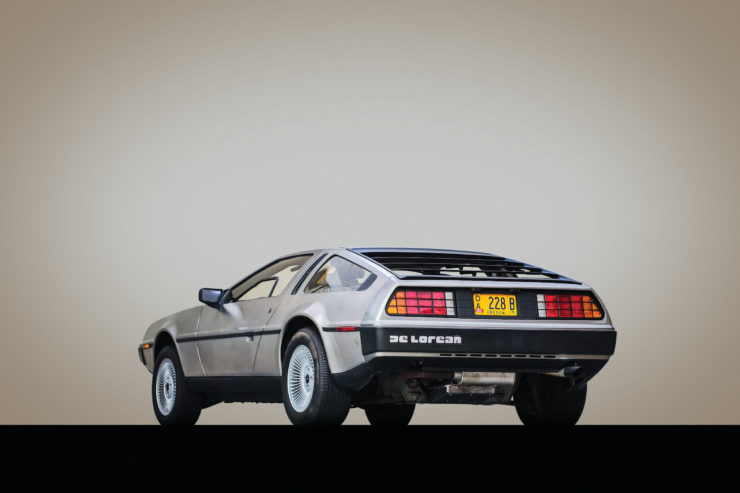 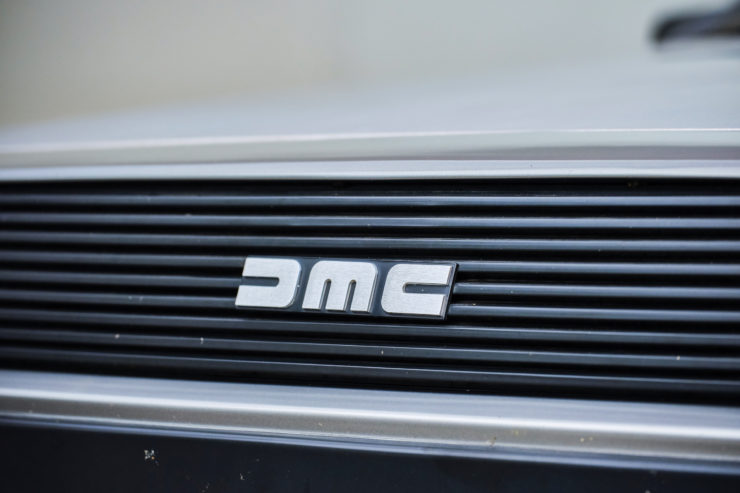 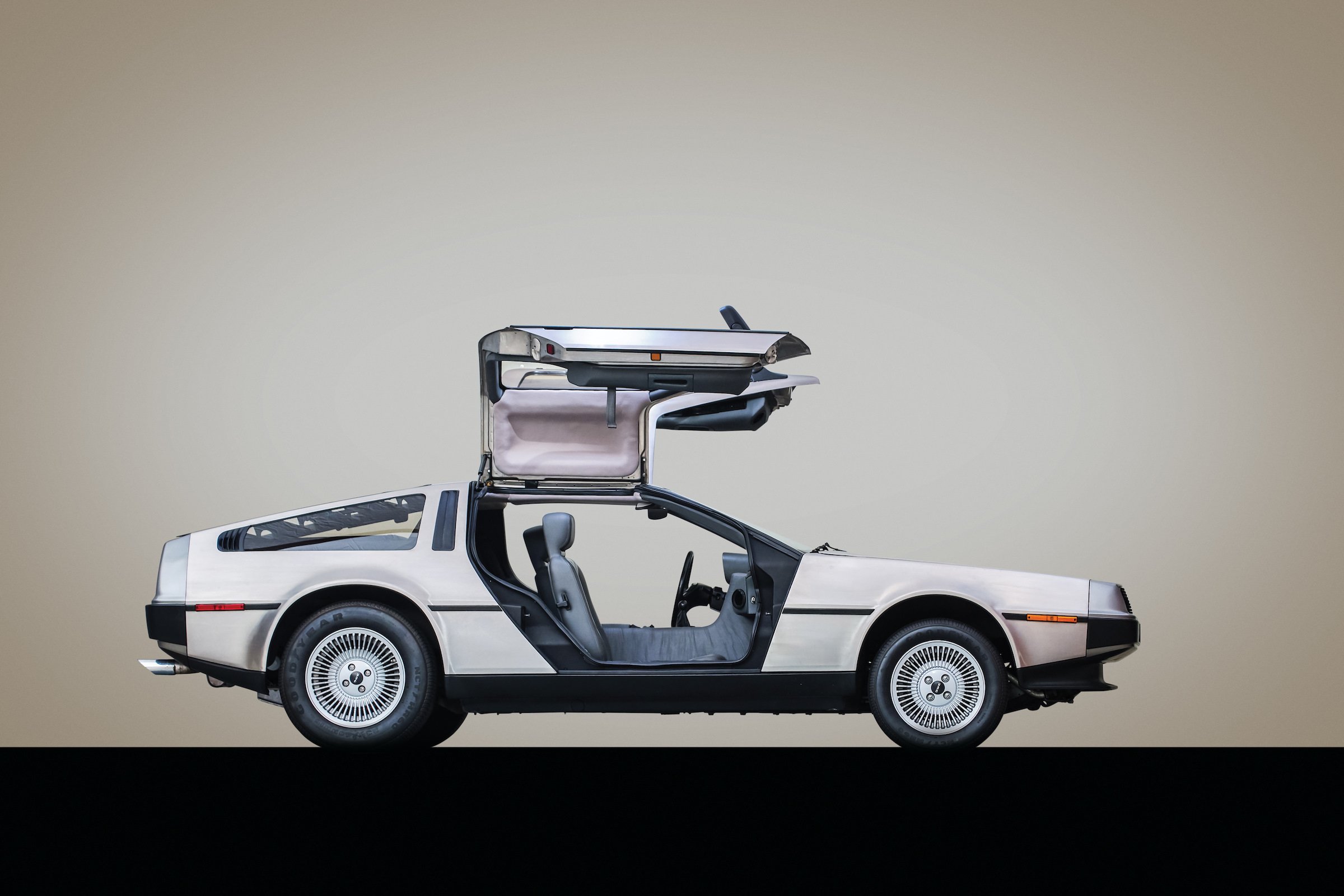 The Inspiration For The Corvette – Blame the British? The people who, I think, were responsible…

This is the Beachrunner, it’s the first in what will be a series of restorations by…

This is an original 1968 Volvo Amazon 123GT that’s been built to targa rally specifications, it’s… 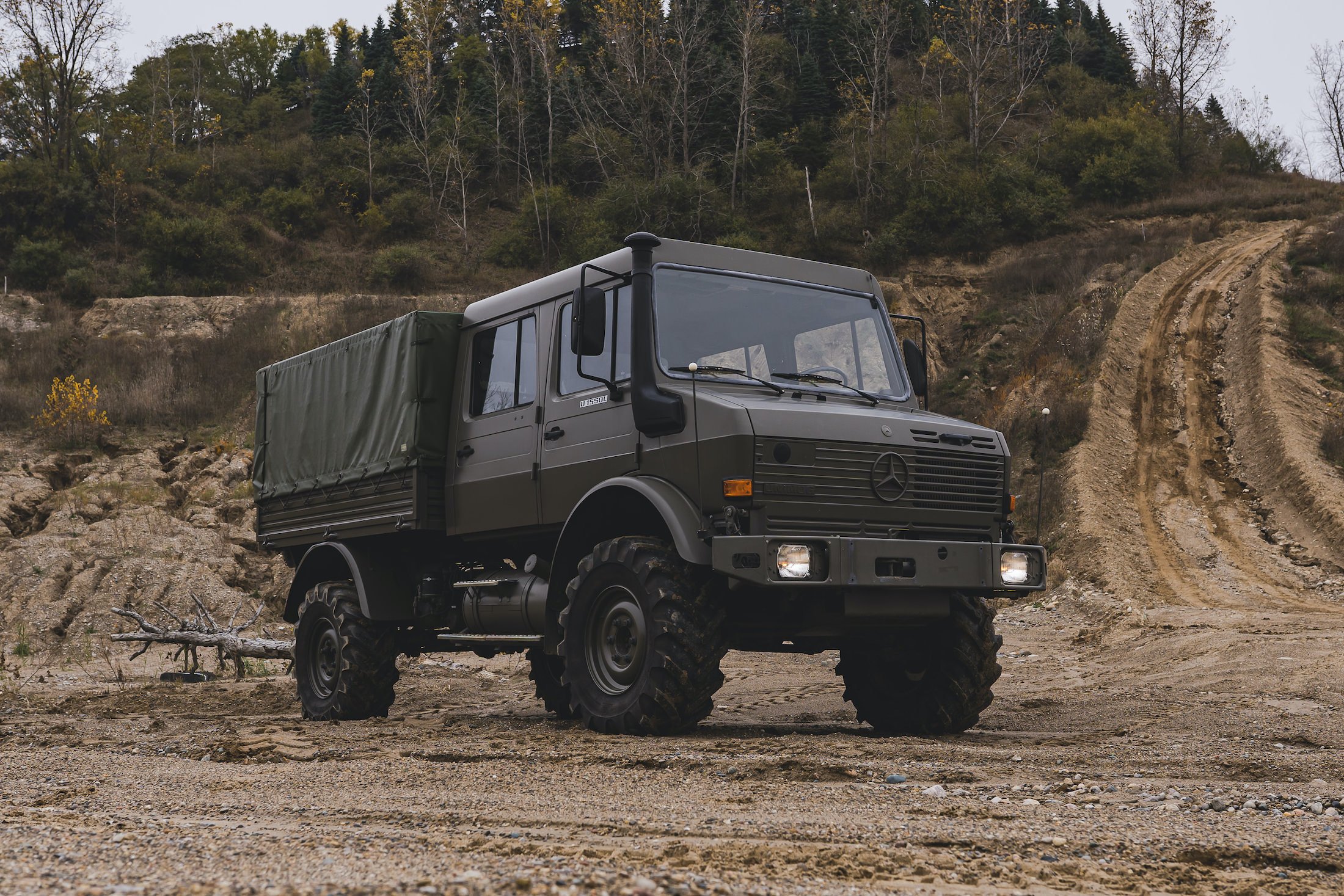 The Mad Max Interceptor is one of the most famous cars in cinema history, and…