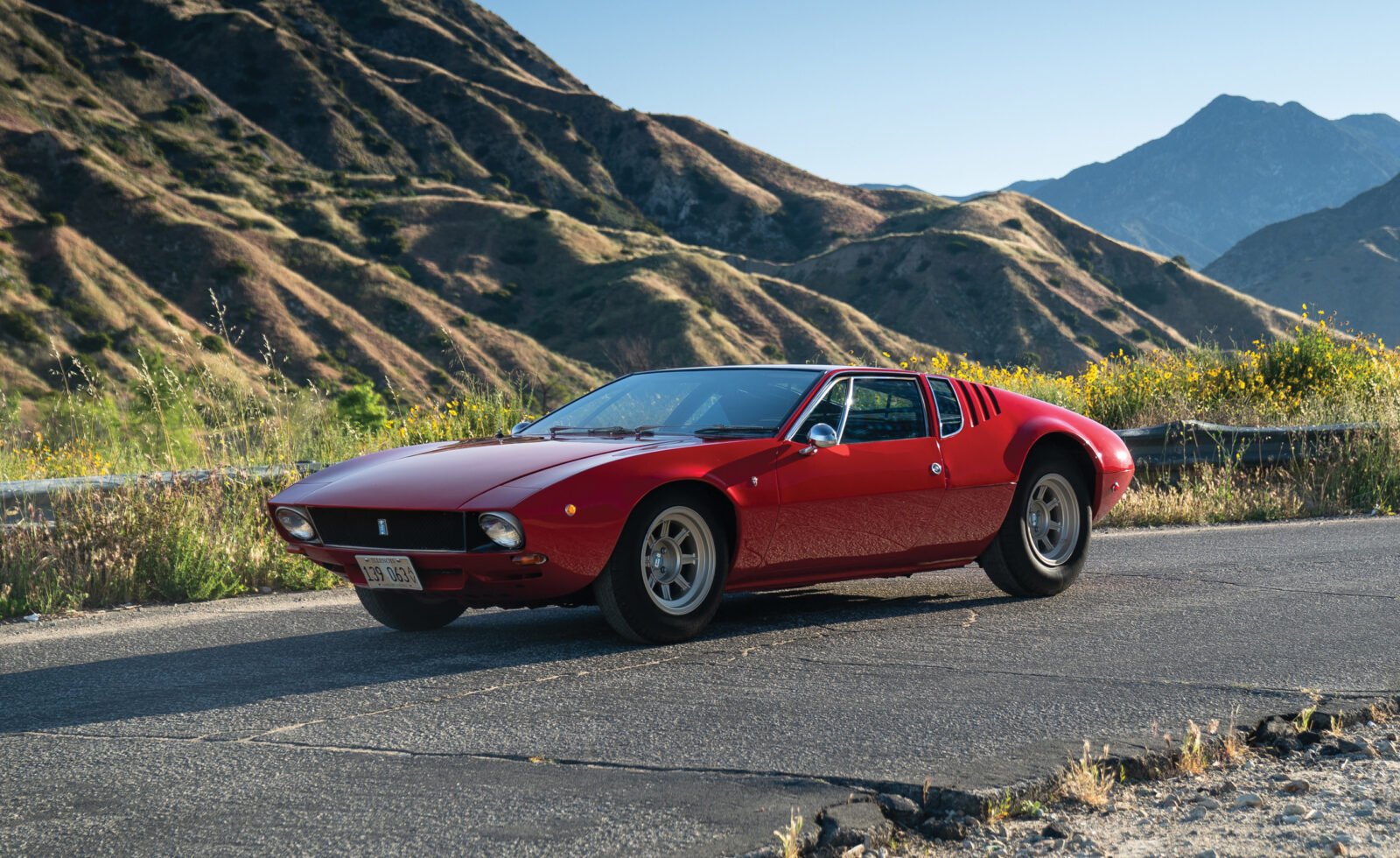 The De Tomaso Mangusta was built shortly after a falling out between two of the biggest personalities in the automotive world of the 1960s – Alejandro de Tomaso and Carroll Shelby.

Many have surmised that the name of the “Mangusta” was a direct jab at Shelby by de Tomaso – it means “Mongoose” in Italian, and the Mongoose is the only animal that hunts, kills, and eats Cobras.

The two men had an agreement in place to develop a race car called the P70 – it was intended to compete in the United States Road Racing Championship (USRRC), which was incorporated into the Can-Am Championship in 1968. Shelby had sent Peter Brock to Italy to work on the car with the Italian team, despite a wealth of racing experience and talent the project was a failure and Shelby pulled the plug.

He instructed Brock to get back to the USA as quickly as possible to work on a new project the company had just been assigned from Ford to race a car called the GT40 at the 24 Hours of Le Mans. Exactly whose fault the failed P70 project was is open to debate, it’s true that de Tomaso had been unable to provide the engine he’d promised but it could also be argued that it was bound for an abrupt ending anyway, as the race series it was intended for (USRRC) was shut down.

Regardless of who was at fault, there was significant bad blood between the two men, so much so that Alejandro de Tomaso would take the chassis of the P70 and modify it to be used in a new road car intended to hunt down and beat Shelby’s Cobras.

Alejandro de Tomaso had recently acquired Ghia (Carrozzeria Ghia), an Italian automobile design and coachbuilding firm, so he was uniquely placed to turn the P70 chassis into something for the road. He hired one of history’s all-time greatest automobile designers, Giorgetto Giugiaro, to design the car and he opted to use cheap, reliable, and easy to maintain Ford V8 engines to power it.

The sleek body designed by Giugiaro clothed a mid-engined supercar with two seats, two doors, and a pair of unique engine covers that opened up almost like wings. This was thought to be a reference to the pre-WWII engine covers used on traditional front engined cars that were hinged in the centre and could be opened together or individually, offering excellent access to the engine bay. 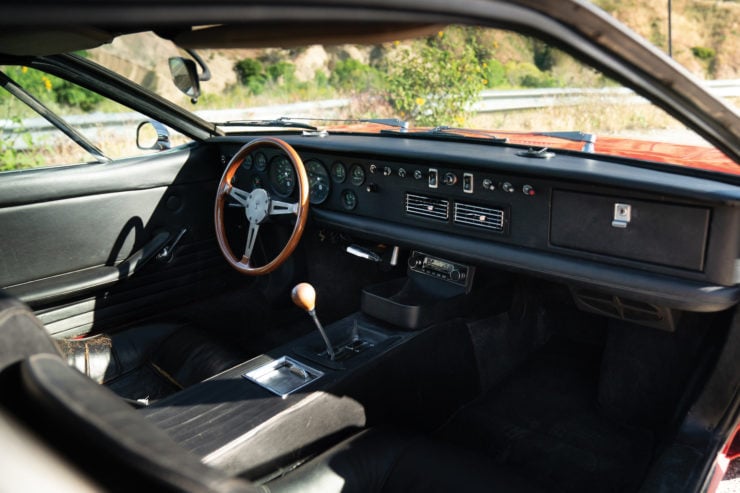 The rest of the running gear used on the Mangusta was as you might expect for a supercar of its era, it has disc brakes on all four corners, independent front and rear suspension, rack and pinion steering, alloy wheels, and a plush, comfortable interior with a gated shifter, power windows, and ample instrumentation.

Period tests put the top speed of the car at approximately 250 km/h (155 mph) however it’s likely capable of a little more in the right hands on the right piece of road.

The car you see here is an original 1970 De Tomaso Mangusta equipped with air-conditioning, electric windows, and an AM/FM radio. It was ordered new by a gentleman from Illinois in 1970 who loved it so much he kept it for 46 years – not selling it until 2016.

The car was given a repaint in the 1990s to freshen it, the interior is trimmed in black leather, and it has a period correct Ferrero wood-rimmed steering wheel and a wooden shift knob.

With its current owner the car has received new fuel and coolant hoses, a new fuel pump, as well as a carburetor cleaning upon its last service, it’s still accompanied by its tool roll, initial sales invoice, owner’s manual, select service records, and a previous registration card. Amazingly it has less than 13,000 miles on the odometer from new.

It’s believed that just 250 or so of the 401 Mangustas that were originally built have survived, RM Sotheby’s will be offering this example with an estimated value of between $200,000 to $250,000 USD and the sale has no reserve. 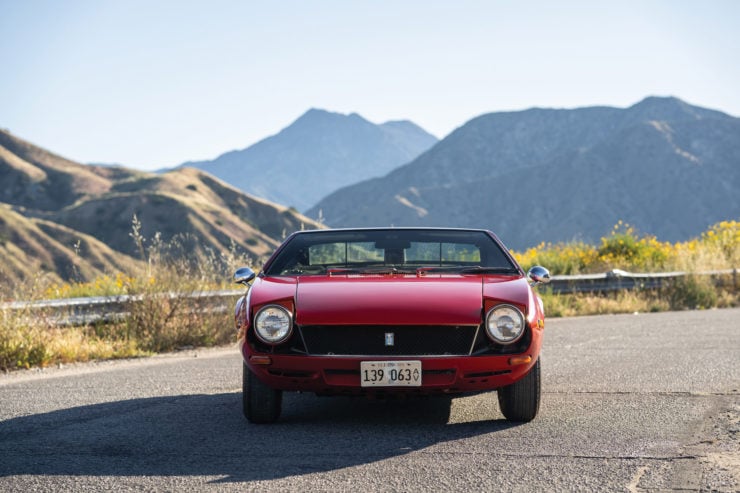 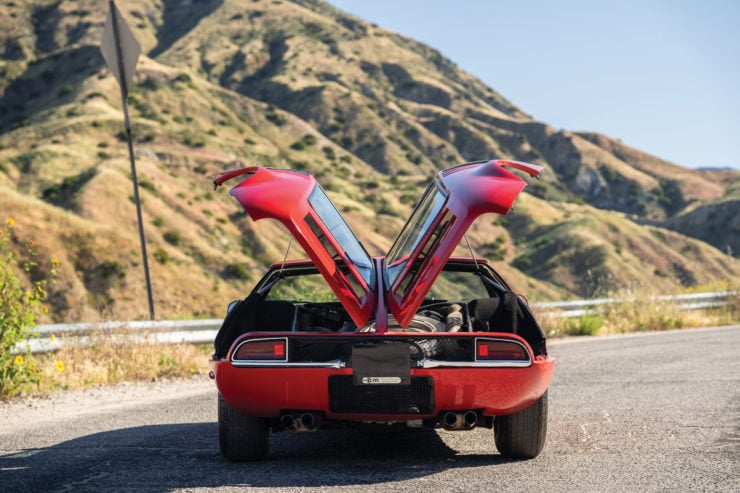 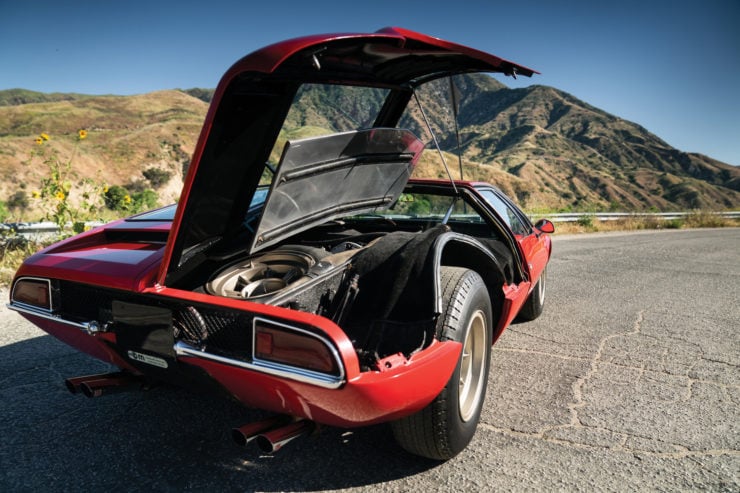 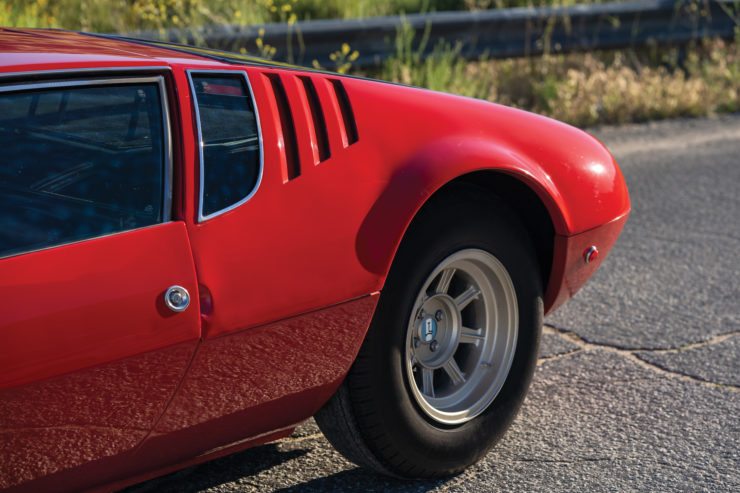 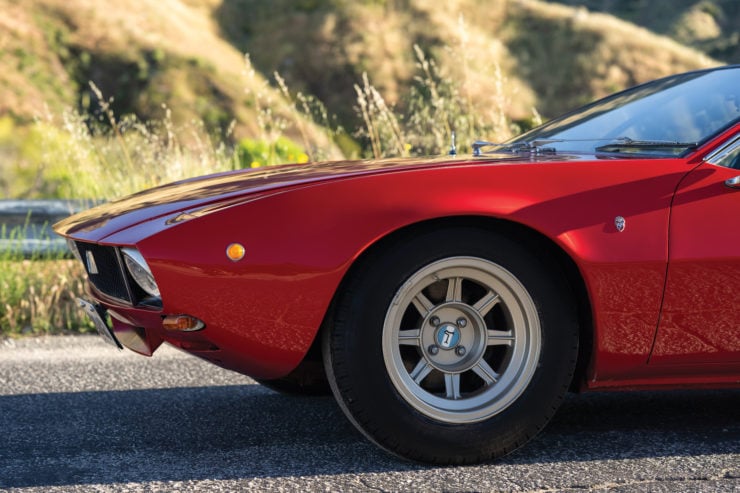 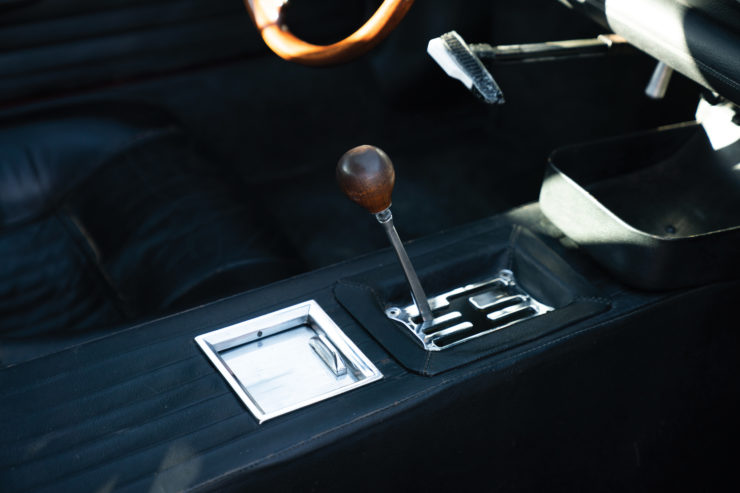 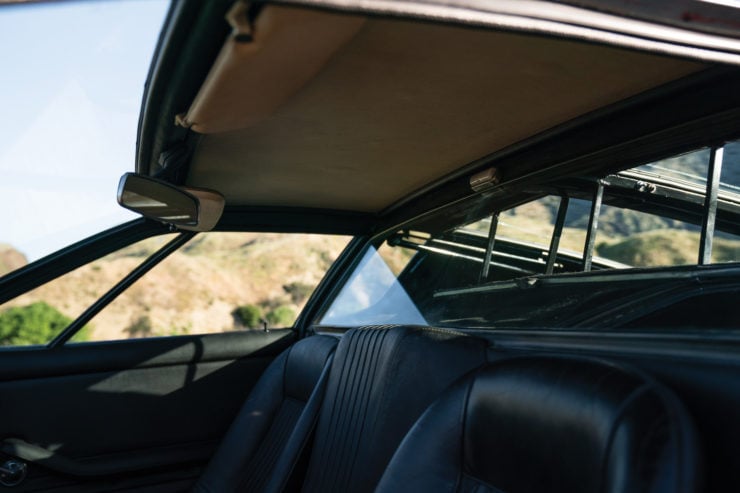 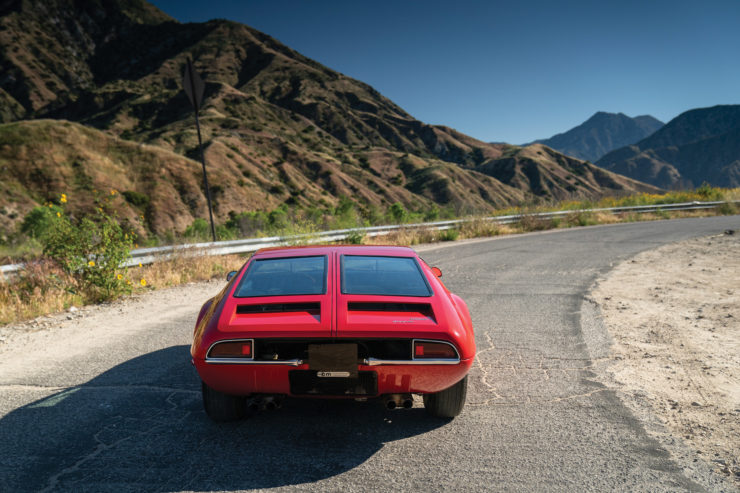 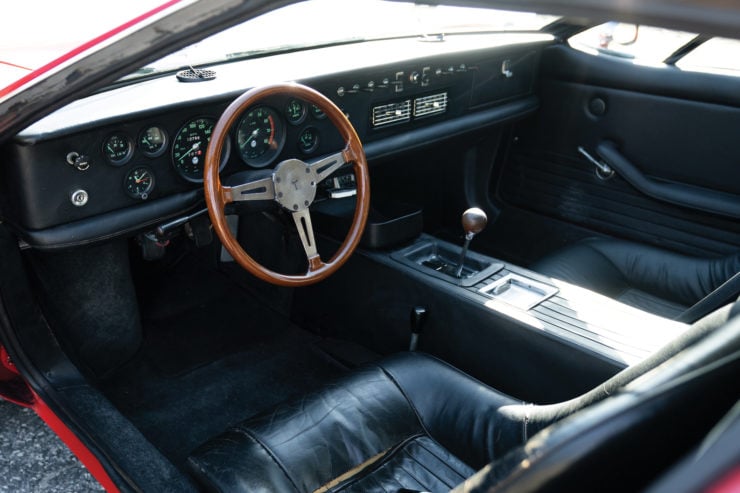 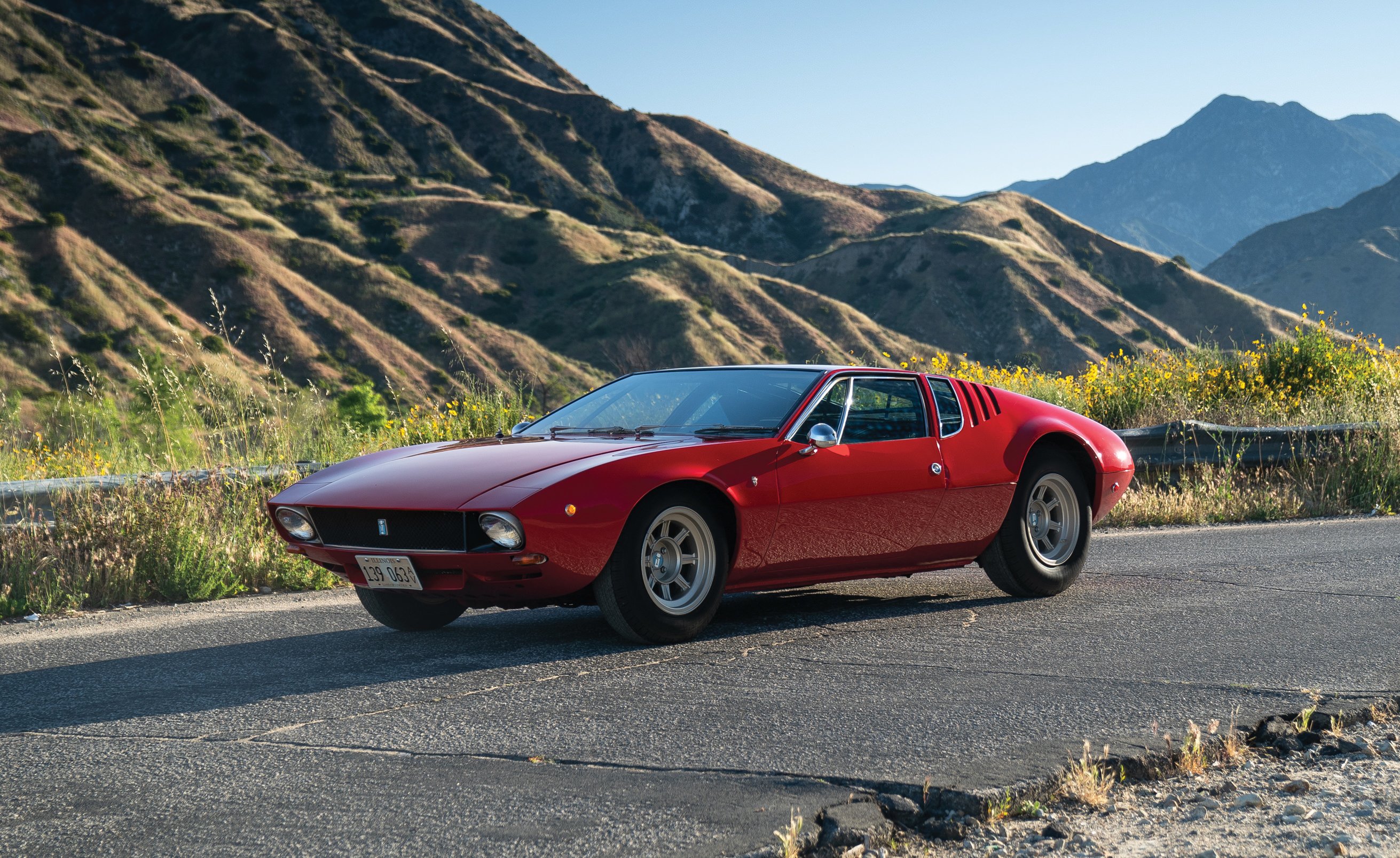