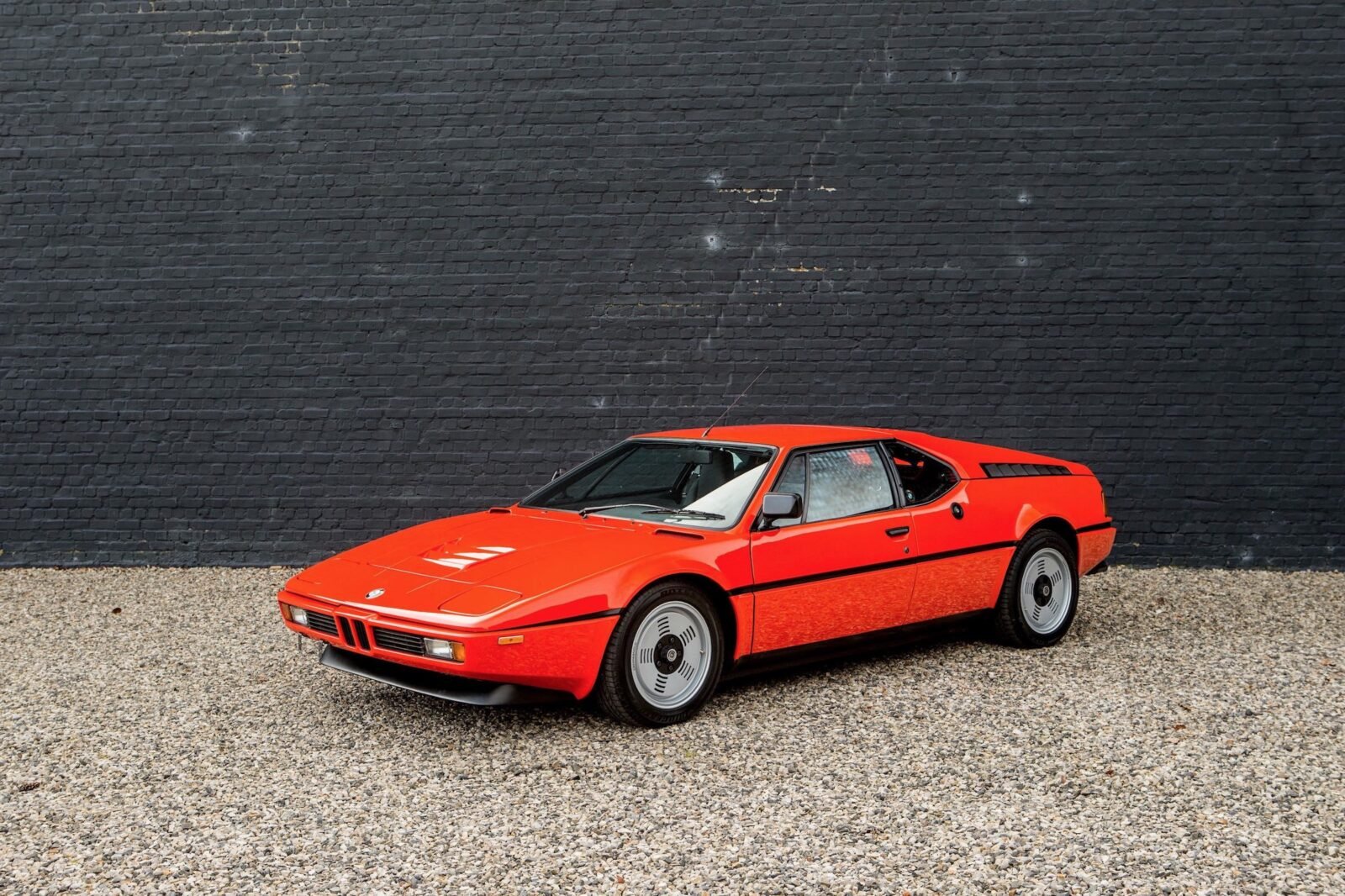 The BMW M1 was built almost entirely thanks to retired racing driver and head of BMW M-division Jochen Neerpasch, who wanted to challenge Porsche in Group 5 racing, but needed a new purpose-built car to do it.

The project to design and build the car was contracted to Lamborghini – as BMW had no experience designing and building mid-engined supercars, the M1 was to be their first. The tubular steel spaceframe chassis was designed by Lamborghini’s Gianpaolo Dallara and the body was designed by Giorgetto Giugiaro to be loosely based on the 1972 BMW Turbo concept car, which had been built on the BMW 2002 platform.

After the first few production prototypes had been built the decision was made by BMW to pull the project from Lamborghini and manage it themselves. Rumors about an impending Lamborghini bankruptcy had been a grave concern, and BMW didn’t want to risk having the M1 project mired in a company collapse. 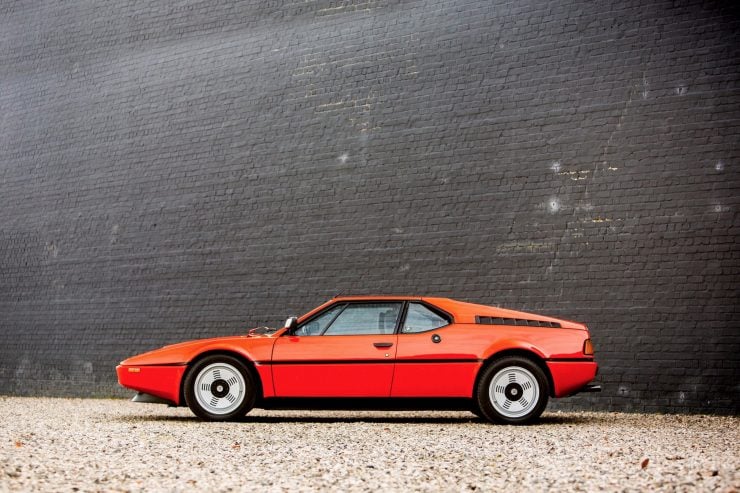 After pulling the project from Lamborghini the complexity of building the BMW M1 increased significantly. The fiberglass bodies were made by Trasformazione Italiana Resina outside of Modena, the chassis was built by Marchesi (also near Modena), and Ital Design in Turin was responsible for bonding the body to the chassis, fitting the interior, electrics, glass, and other parts.

The rolling chassis were then transported to longtime BMW partner Baur who installed the engine and gearbox, and the remaining trim. The completed cars were then sent to BMW Motorsport in Munich, for final tuning, wheel alignments, and fettling, before being finally delivered to the client.

In order to homologate the car for Group 5 a minimum of 400 examples would need to be made, by the end of production 399 road and 56 race cars had been built, but sadly the car would never race in Group 5 “Silhouette Formula” as the division was abandoned before the M1 was ready.

Despite this set back, BMW did a remarkable job promoting the M1, they developed the Procar Series which was entirely fielded by race-spec M1s, and landed the contract to run the series as support races at Formula 1 Grand Prix around the world. The first championship was won by Niki Lauda in 1979, and the second by Nelson Piquet in 1980. Over in the USA the M1 dominated the 1981 IMSA GTO Championship, with Dave Cowart’s example winning 12 out of the 16 races it entered. 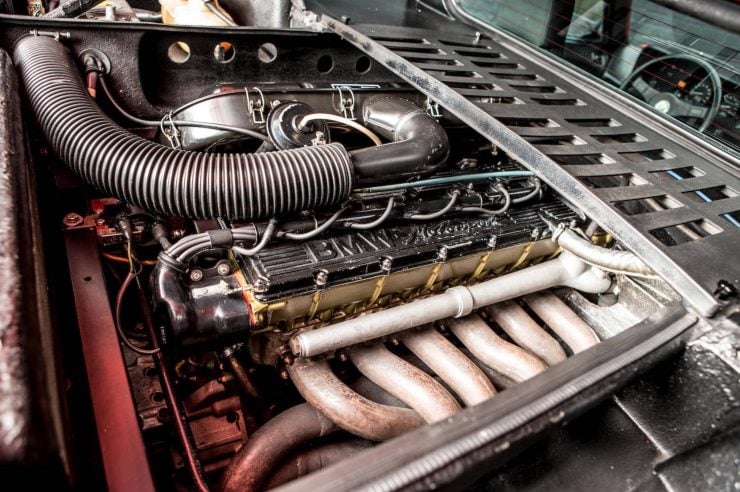 Whilst most supercars were fitted with either V12s or V8s, the M1 was fitted with an advanced inline-6.

This engine was in no way inferior to its more numerously cylindered counterparts however, called the “M88” the power unit featured double overhead cams, 4-valves per cylinder, a swept capacity of 3453cc, Kugelfischer-Bosch mechanical fuel injection, a Magneti-Marelli ignition, individual throttle bodies, and 277 bhp.

Later turbo-charged racing versions of the M1 would reach power outputs in excess of 850 bhp, but even the 277 bhp original version only needed to propel the car’s relatively light kerb weight of 2,866 lbs (1,300 kgs). The 0-60 dash took 5.6 seconds and the top speed was 160 mph – both very respectable supercar figures for the late 1970s.

Under the fiberglass skin and spaceframe chassis the BMW M1 wad fitted with unequal length wishbones front and rear, with disc brakes on all four corners, anti-roll bars front and rear, and near-perfect weight distribution thanks to the mid-mounted inline-6.

The car you see here was purchased new in Belgium by a British diplomat, Mr J Wolfe, who brought it back to the UK and road registered it.

It was acquired by the current owner in 2015 in remarkably original and unrestored condition throughout, he then spent €60,000 with BMW Classic to bring it up to an impeccable standard, and the car is now accompanied by that all-important BMW Classic Certification.

Bonhams will be offering the M1 at the Monaco Sale on the 11th of May with an estimated hammer price of €540,000 to €580,000, if you’d like to read more about the car or register to bid you can click here to visit the listing. 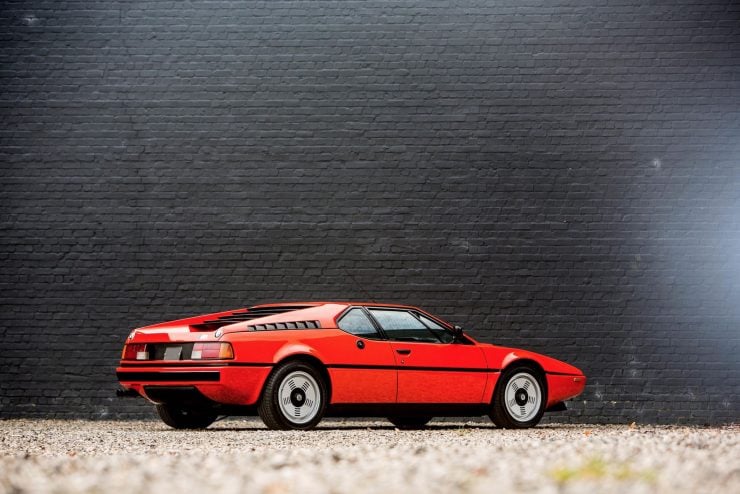 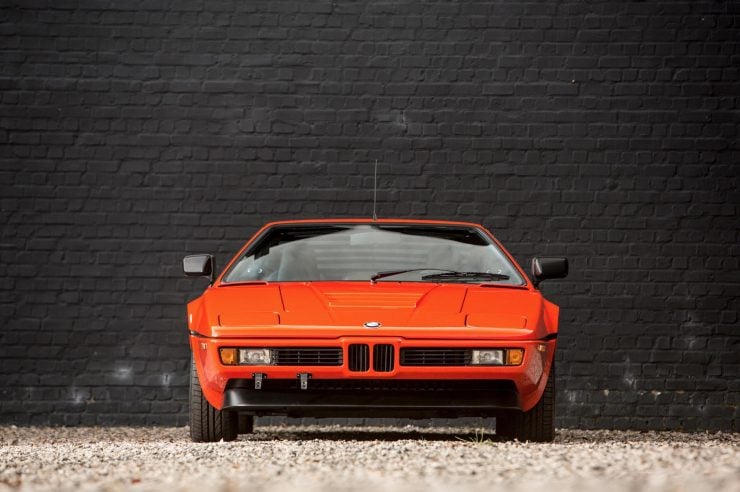 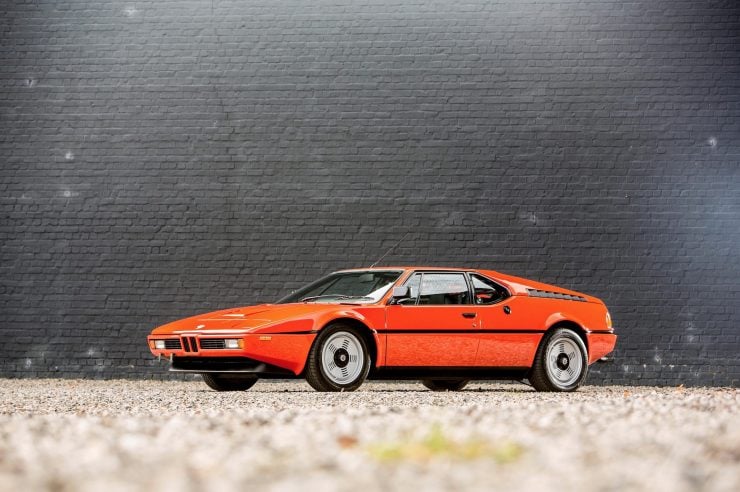 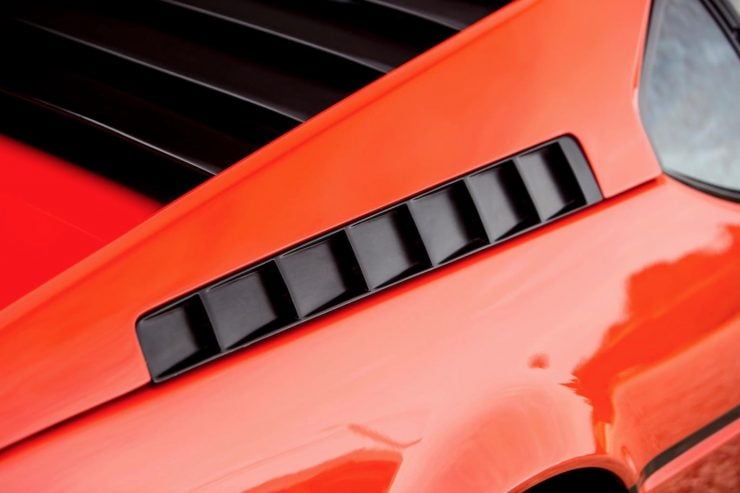 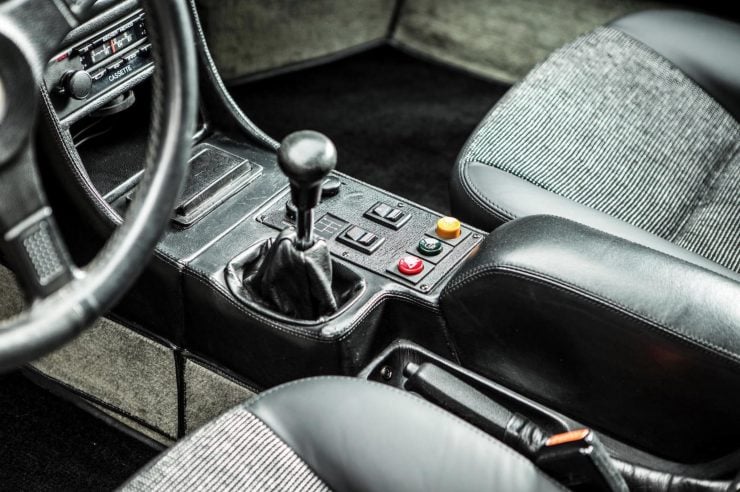 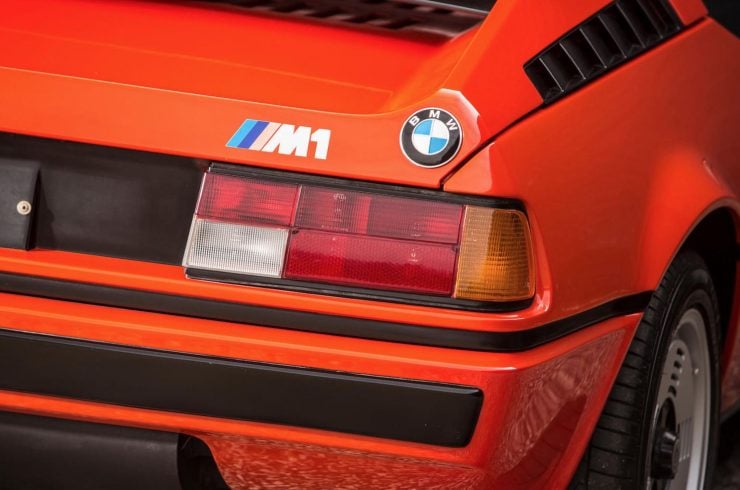 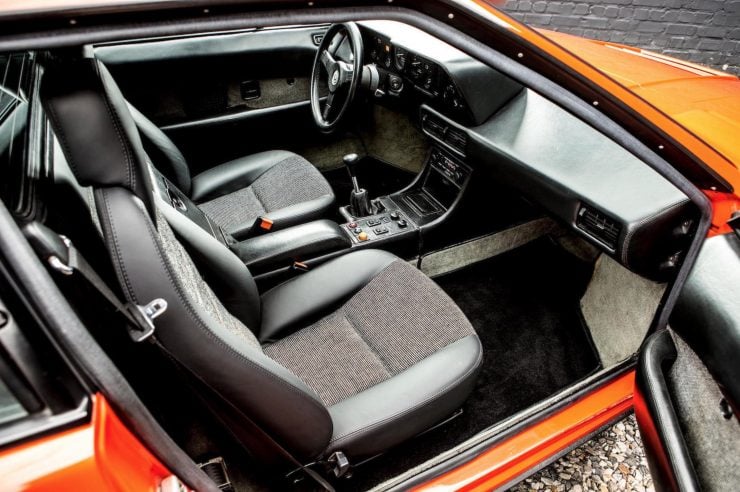 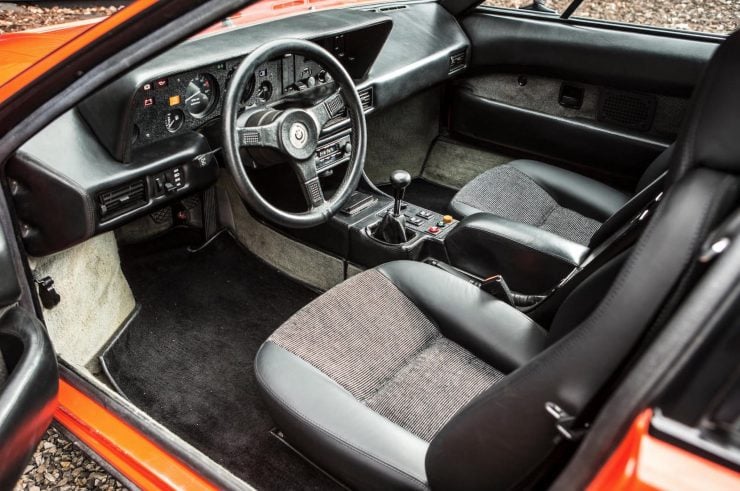 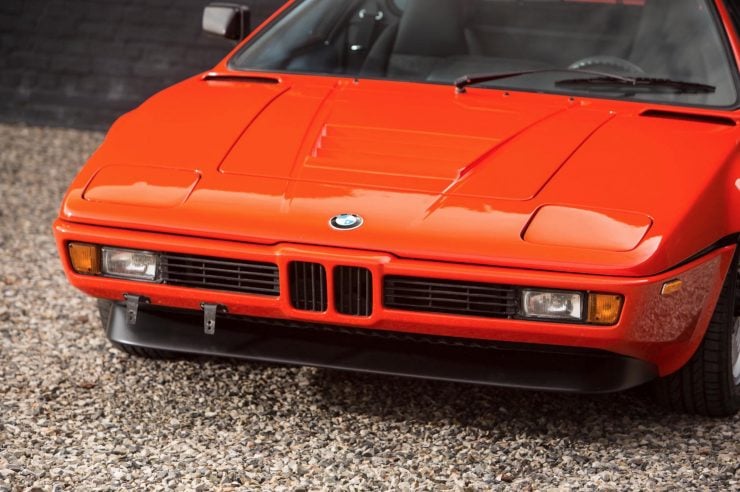 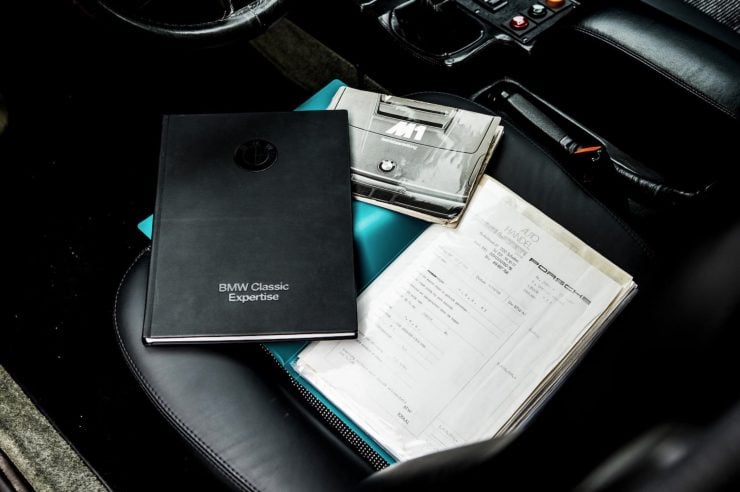 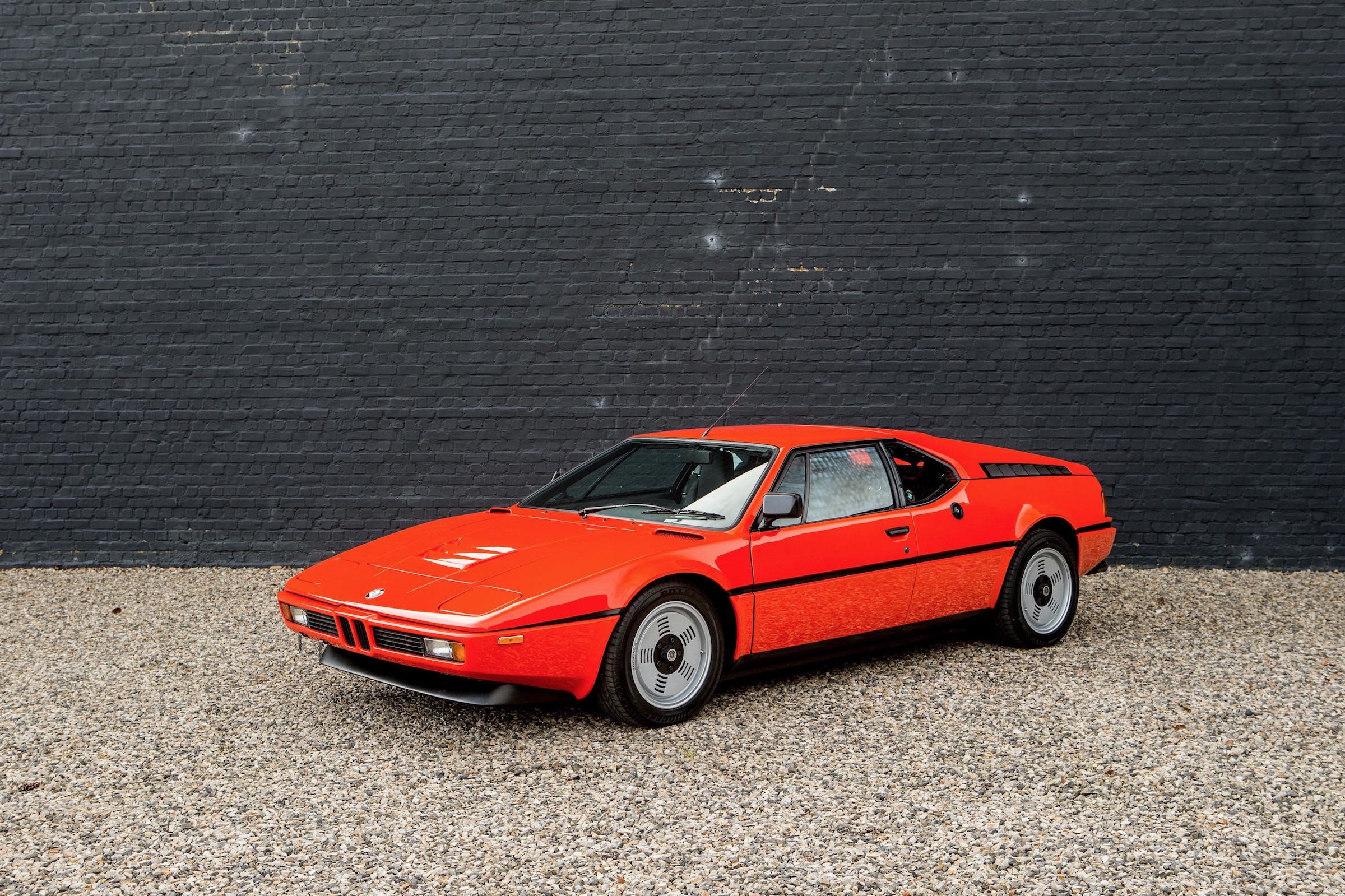