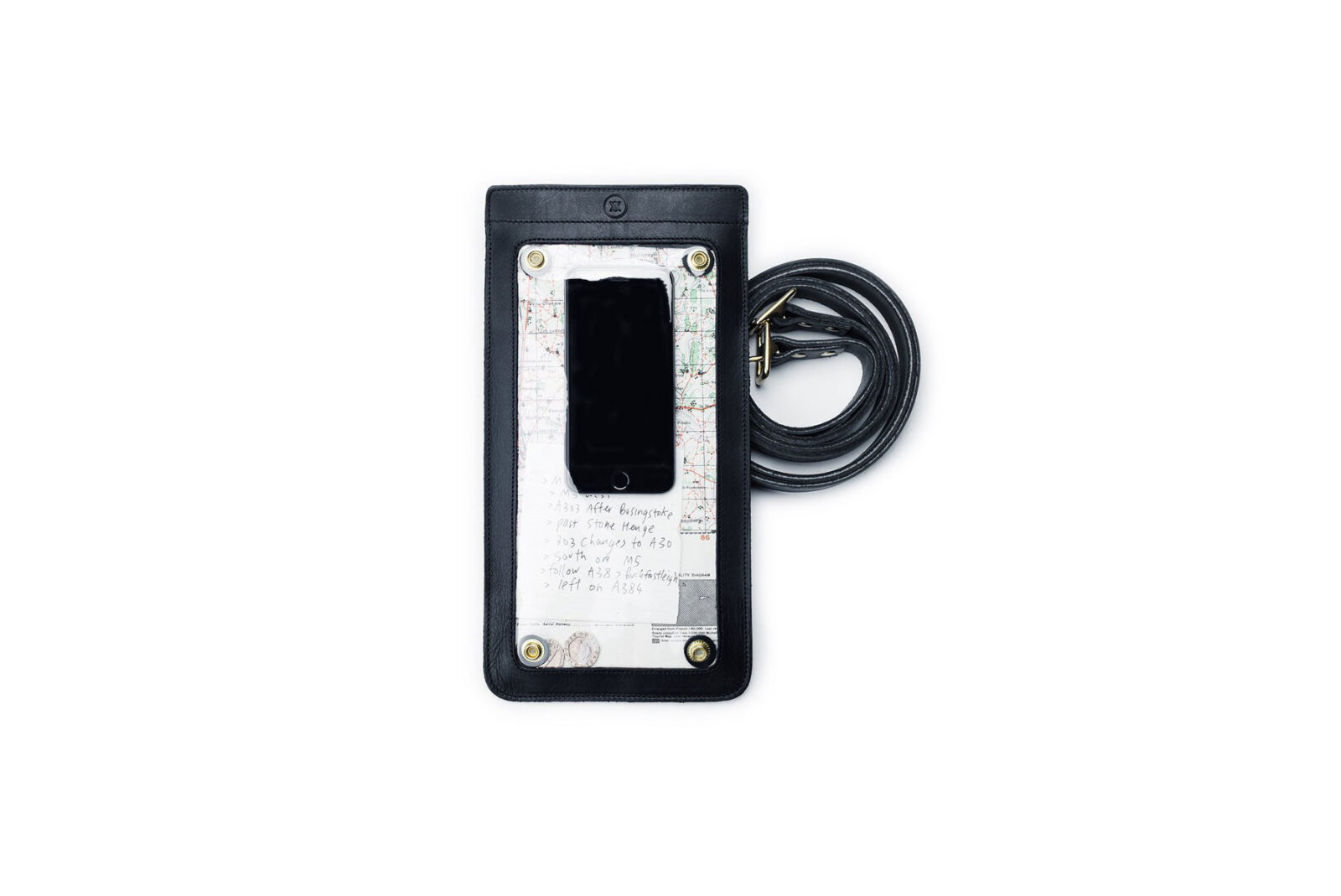 The Malle Navigator Case has been developed as a modern version of the classic tank-mounted navigation systems used in years gone by, in races like the Baja 1000 and the Paris-Dakar.

Whereas the original systems were often just maps that had been duct-taped to fuel tanks, the Malle guys have taken it a few steps further and included space to allow you to insert a map, a trail guide, and a smart phone or GPS device – as well as a port to insert a charging cable.

The Navigator case comes with 40″ leather straps which can be fastened round your bike’s tank in either a horizontical or vertical orientation, all the leather is premium Horween leather from Chicago, the openings are sealed with industrial strength velcro (to aid in water resistance), and there is a removable front protective panel which can be fastened by brass snaps. 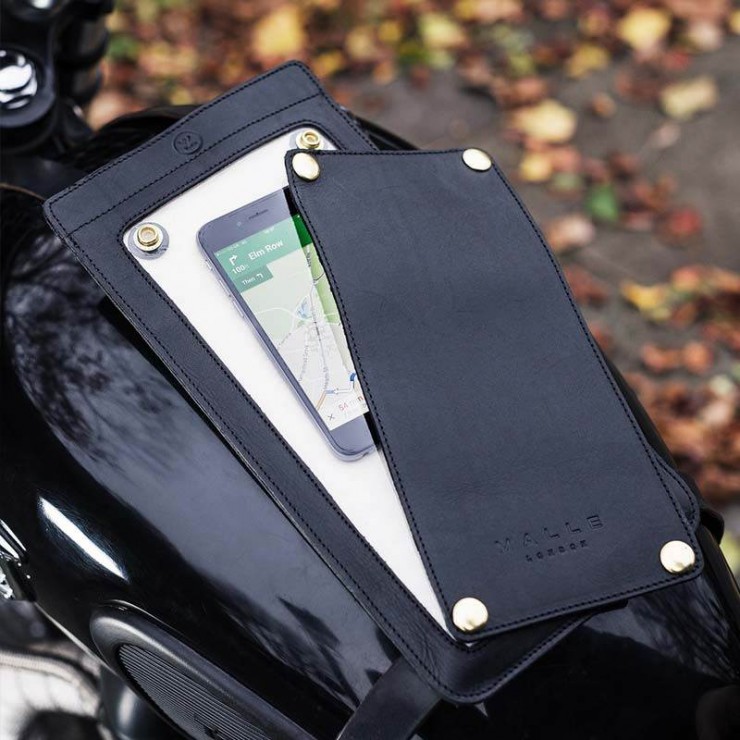 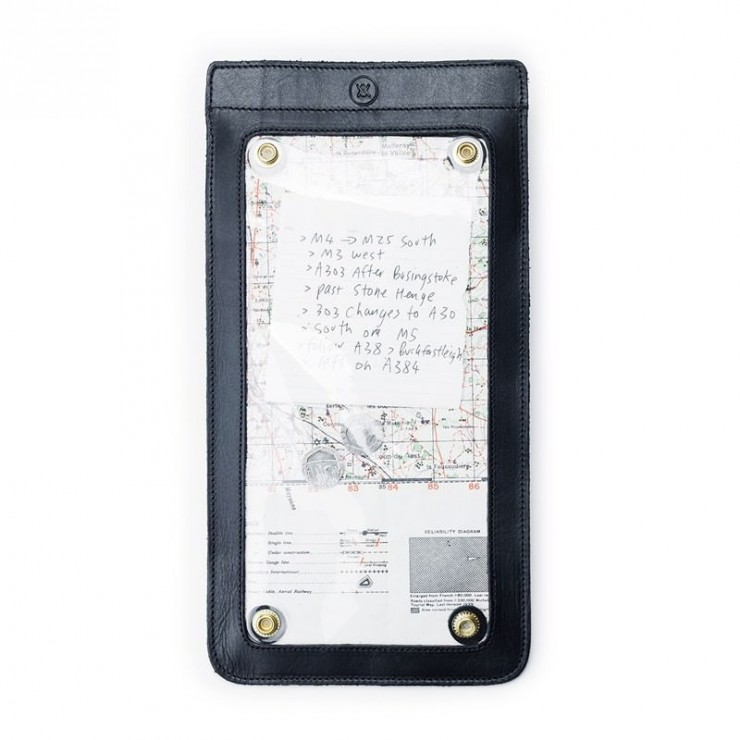 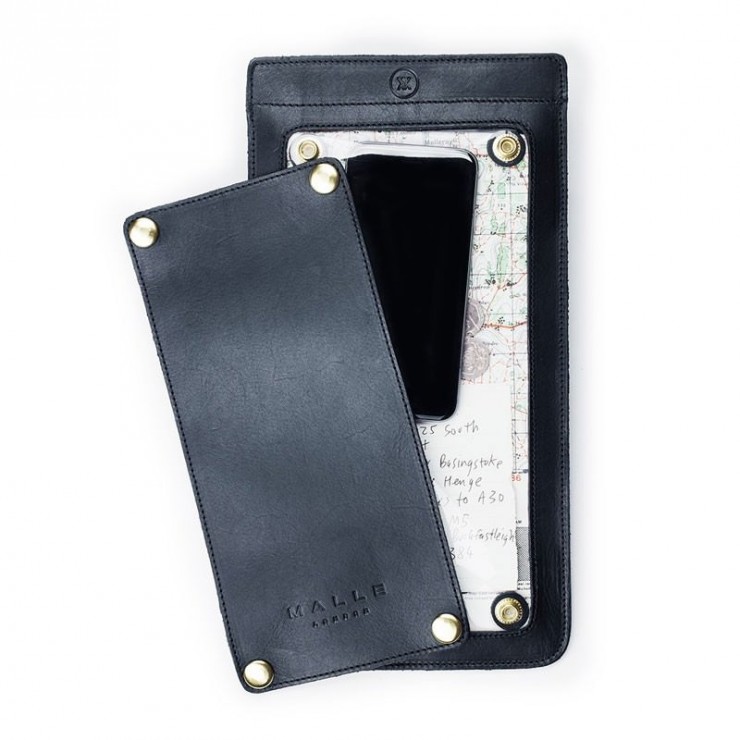 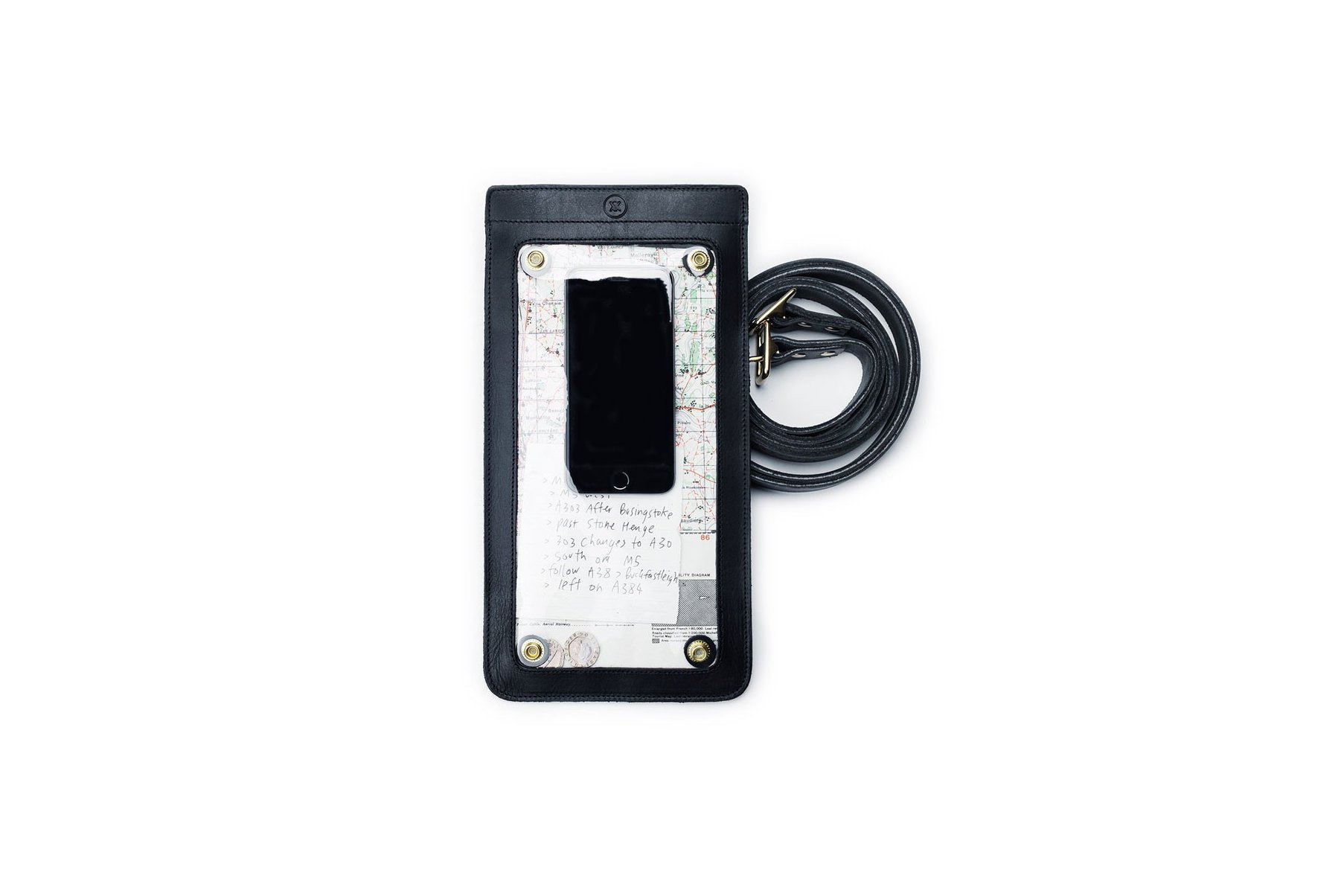