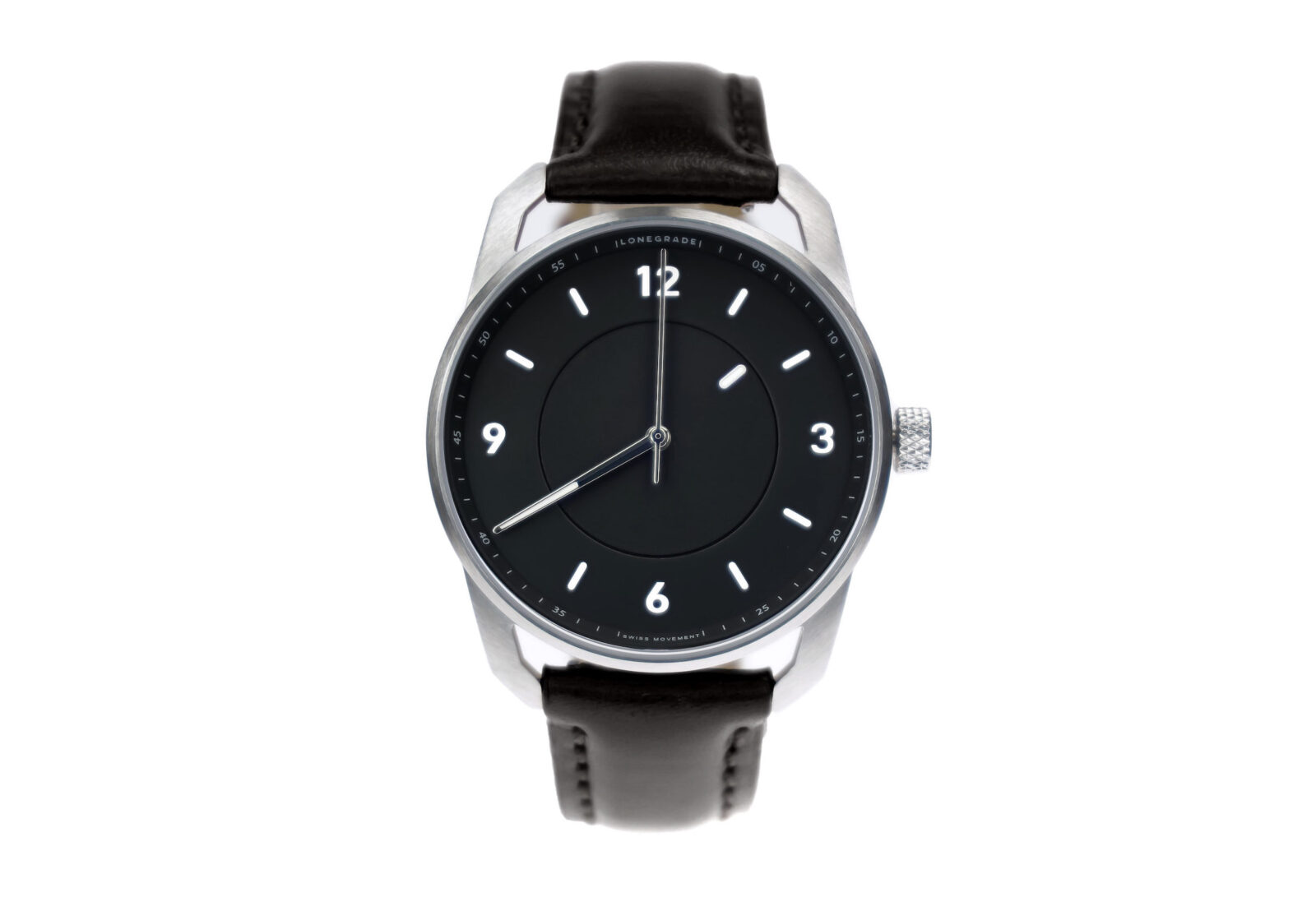 The Lonegrade HDR140 is an elegant American-made watch designed to be both stylish, affordable, and wearable in any environment – from city offices to the wilderness and everywhere in between. The watch has a 40mm brushed 316L stainless steel case with an anti-reflective AR sapphire crystal, it has an American-sourced full grain leather strap, and it’s water resistant to 100 metres. 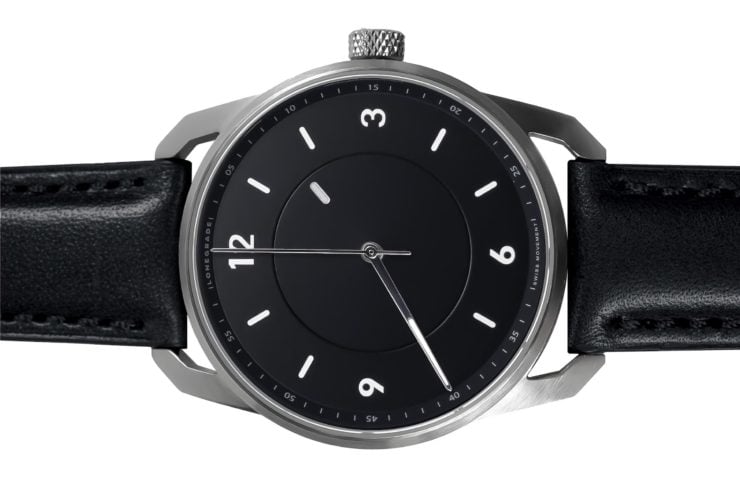 The Lonegrade HDR140 has a minimalist design atheistic that exudes elegance and hints at a price tag far above the price of $249 USD. The brand name is left off the main dial face but included subtly in the top band of second/minute markings, with “Swiss Movement” along the bottom.

The hour, minute, and second hands of the HDR140 are a little different than usual, the second and minute hands are traditional ticking metallic arms, but the hour hand is actually a rotating disc that turns inside the main face of the watch with a marking to show the time.

Every watch from Lonegrade comes with a 2 year limited warranty that covers any malfunction in materials and workmanship during the warranty period. 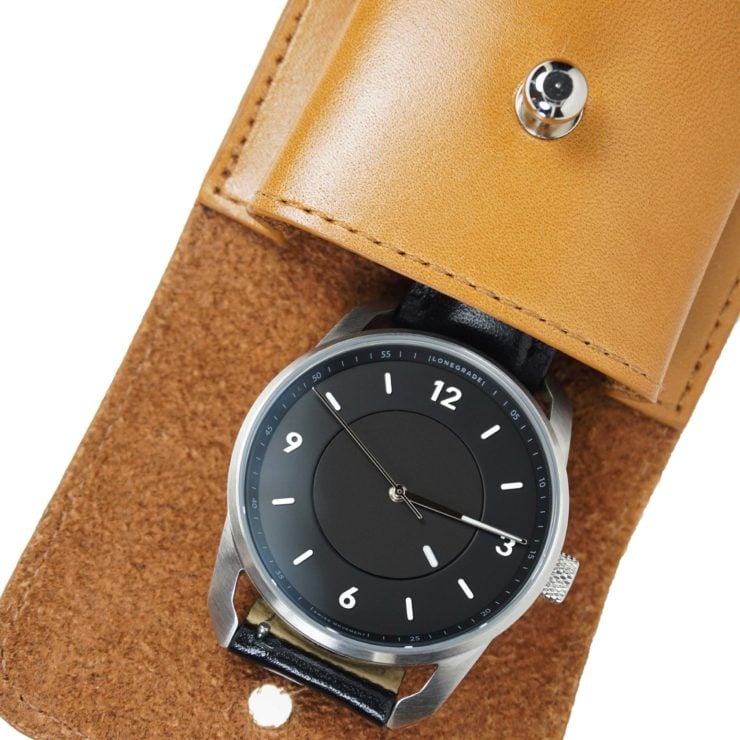 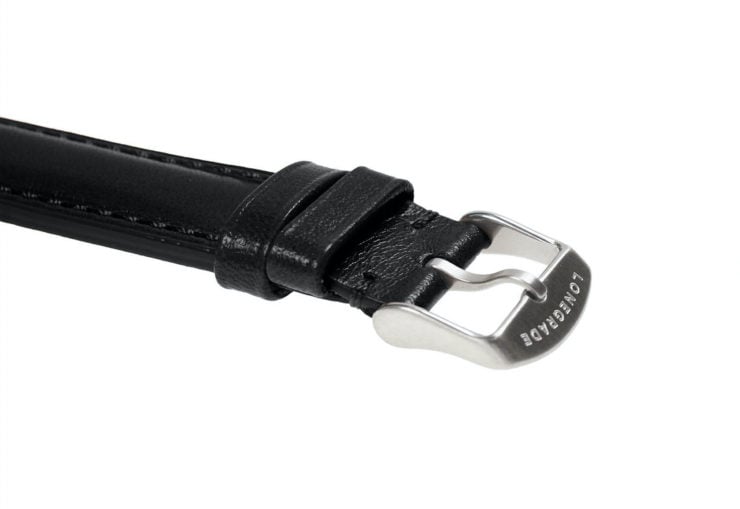 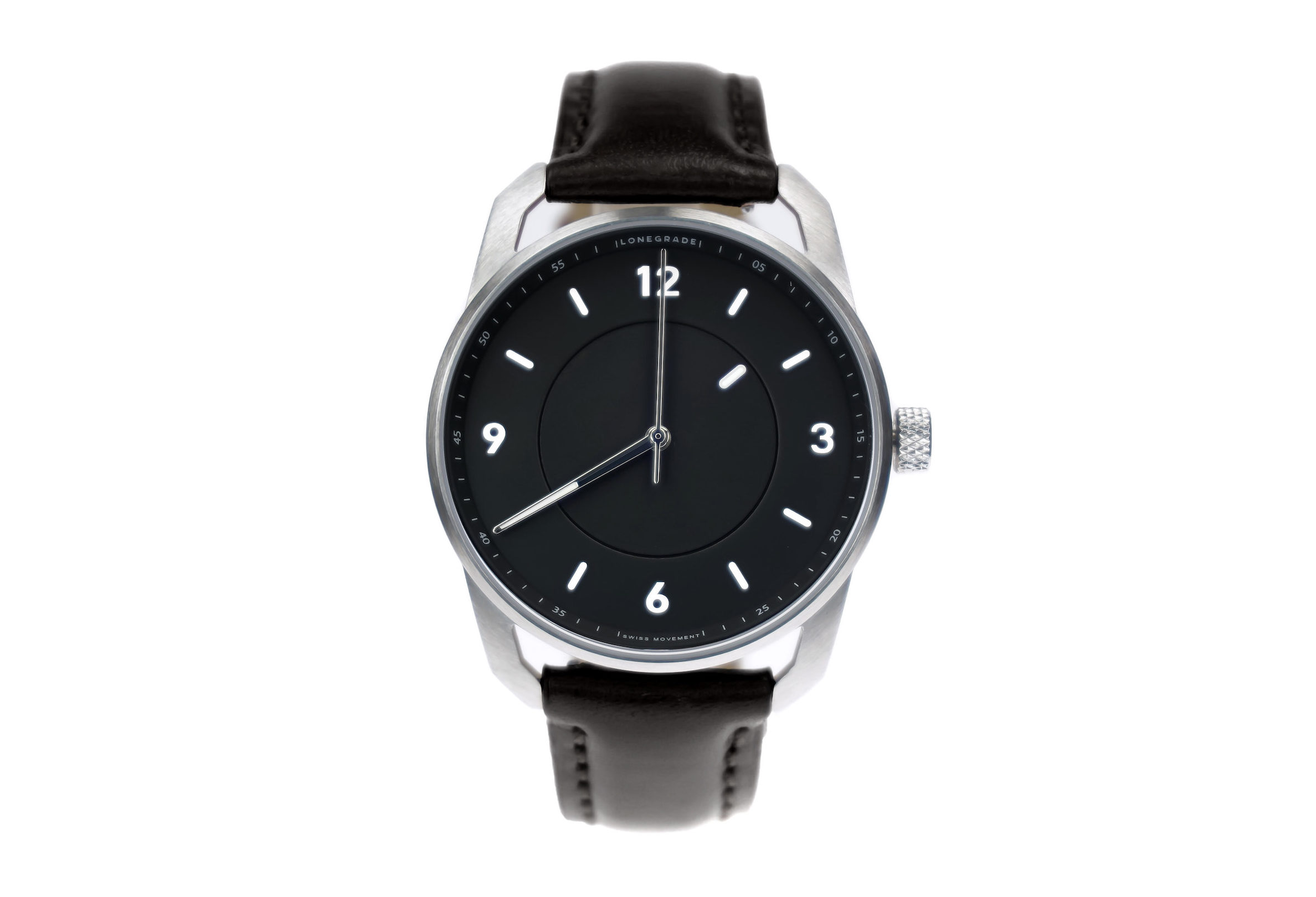