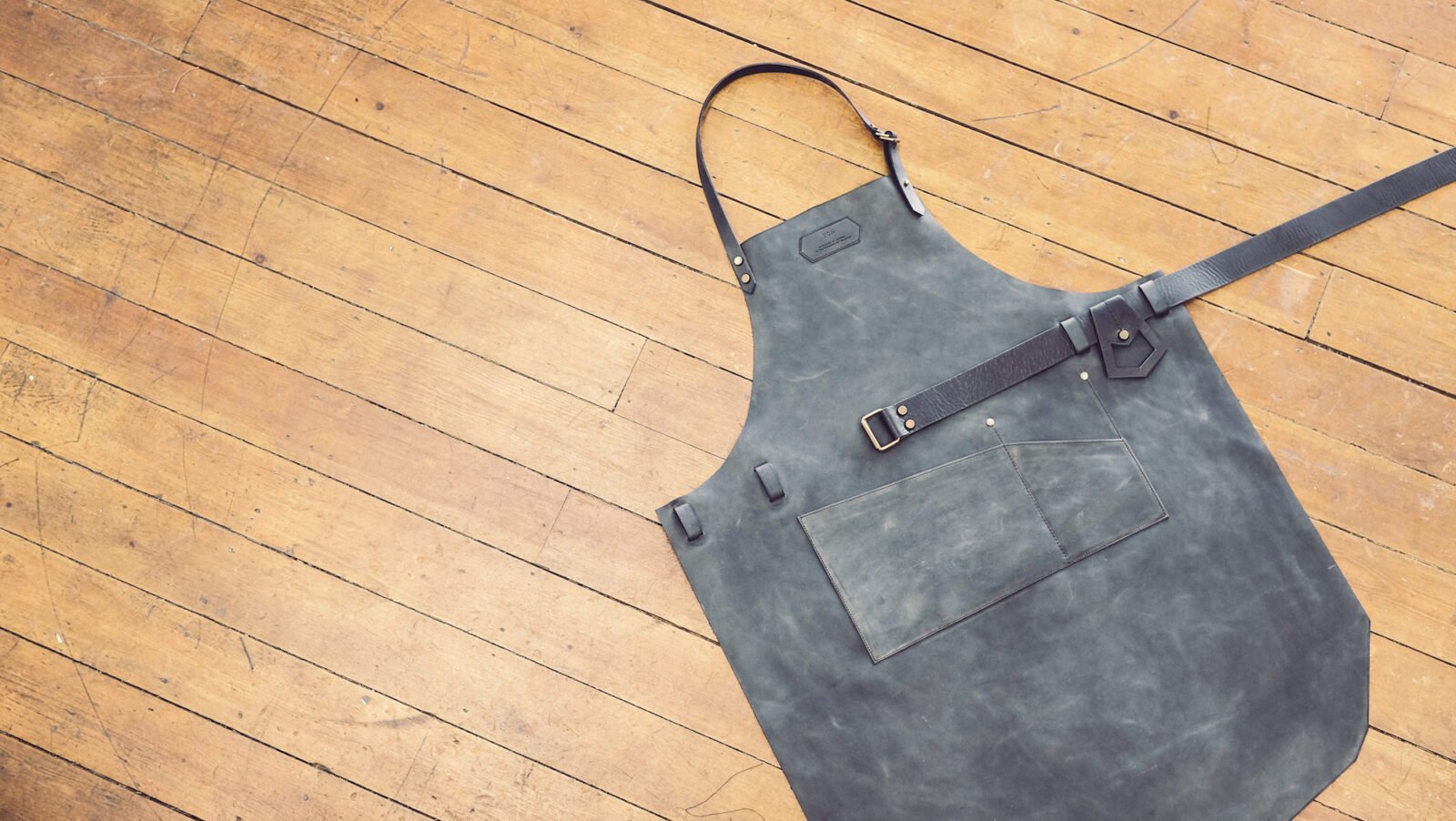 Thick leather was once the de facto uniform of the working man (and woman), everyone from blacksmiths to butchers would wear them from dawn to dusk and they were prized for their blade and flame retardant qualities.

The apron you see here is made by hand in Belgium by Niyona from a single sheet of high grade cowhide. The fixings are all brass to ward off corrosion and each is made to order, with special requests and modifications possible. 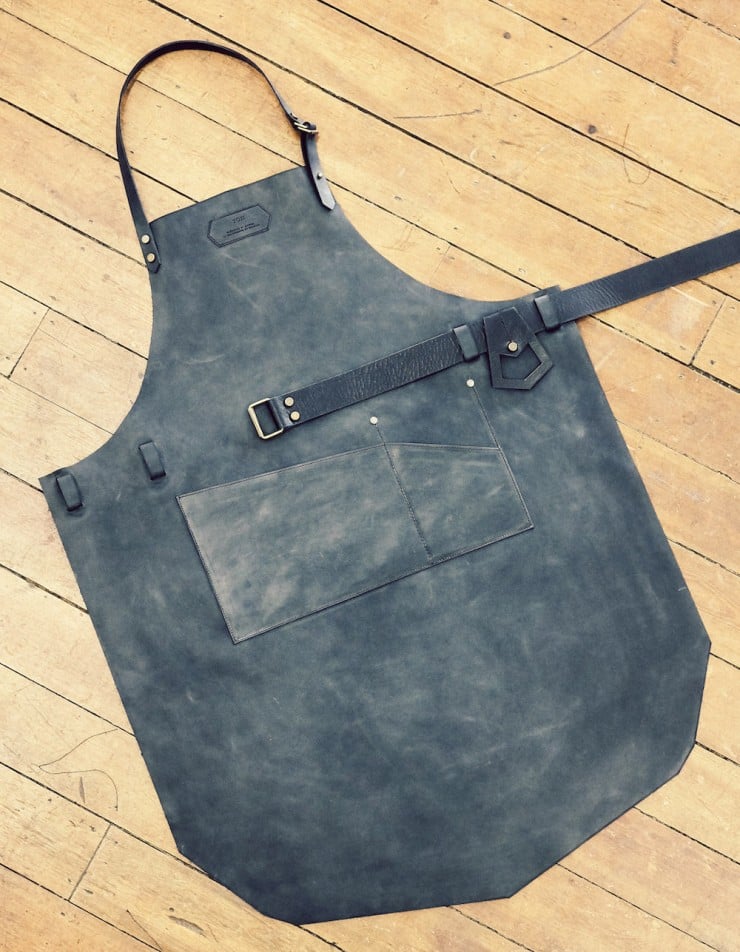 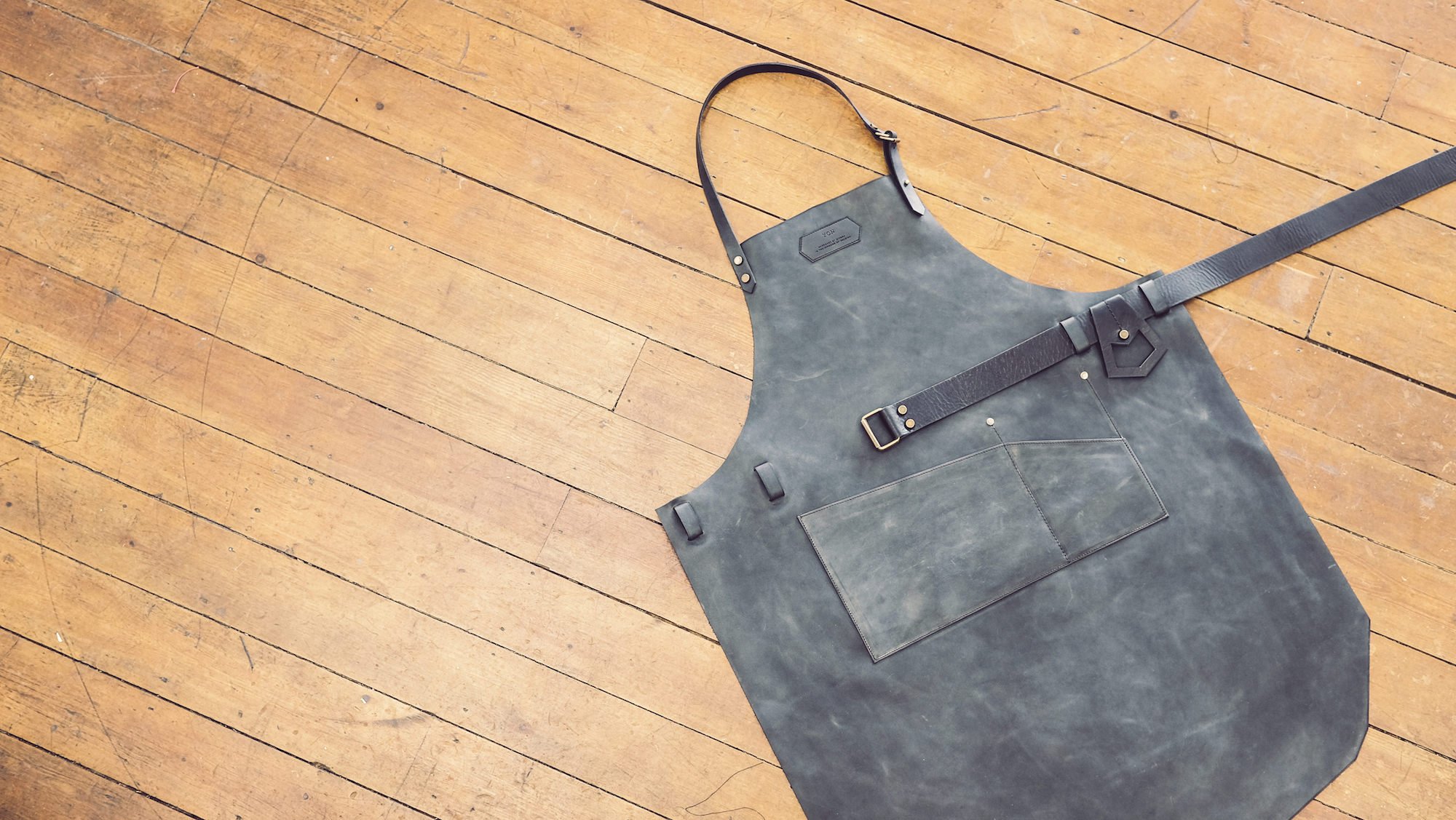