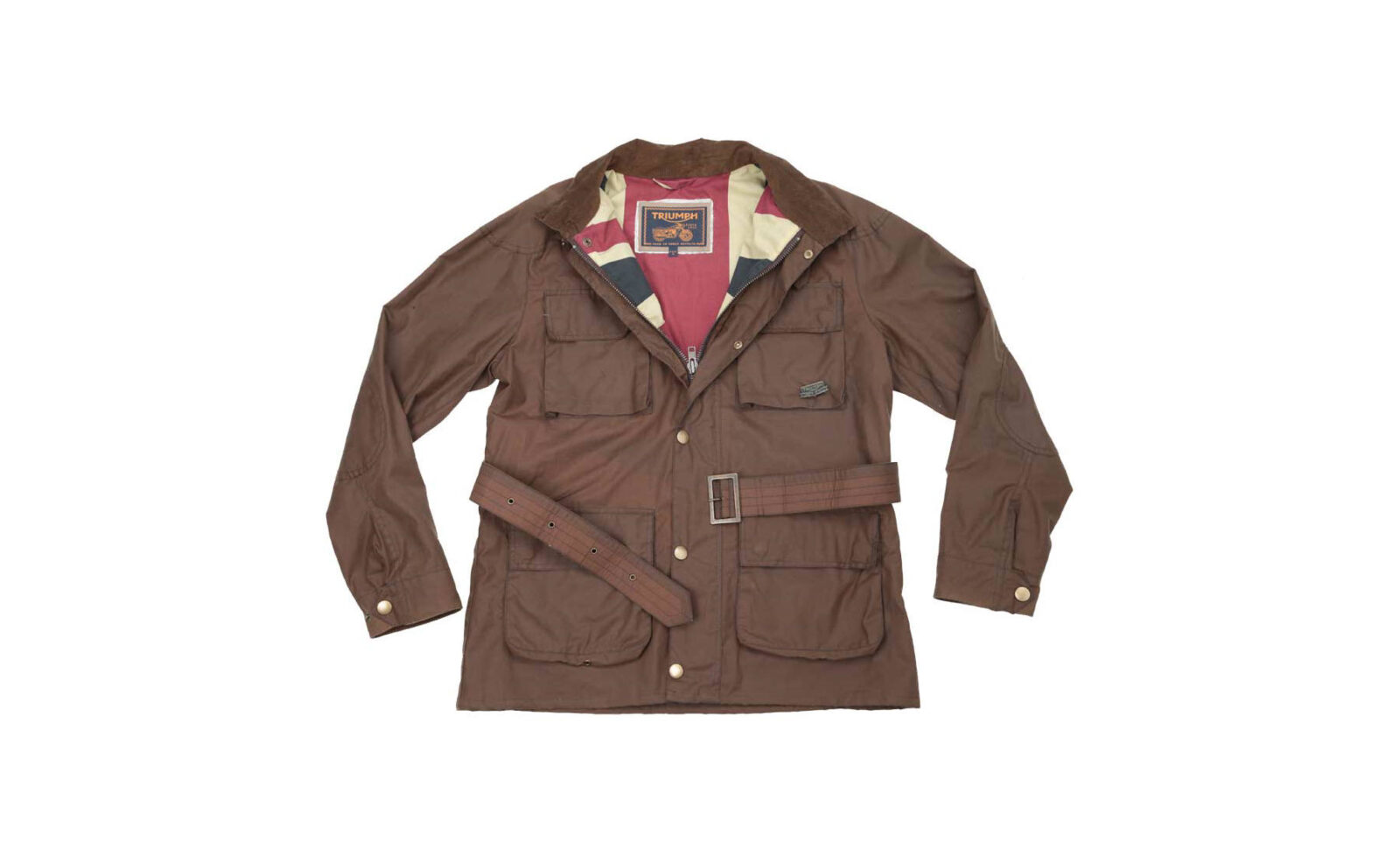 The new Triumph Waxed Cotton Jacket is made in England to a design ethos that’s been in use since the 1800s, it’s lined with 100% cotton twill and has an outer shell made from British Millerain waxed cotton.

The front closure has a brass zipper on the inside and brass studs on the outside flap, to prevent water from seeping in. The waist is belted and the lining features a large Union Jack, making it perfect for Brits and those who ride British motorcycles. 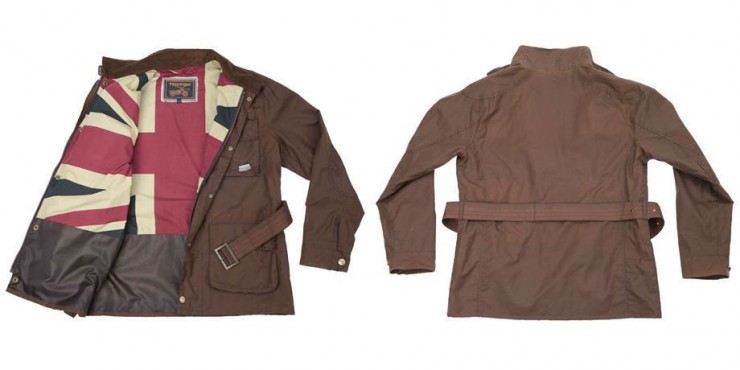 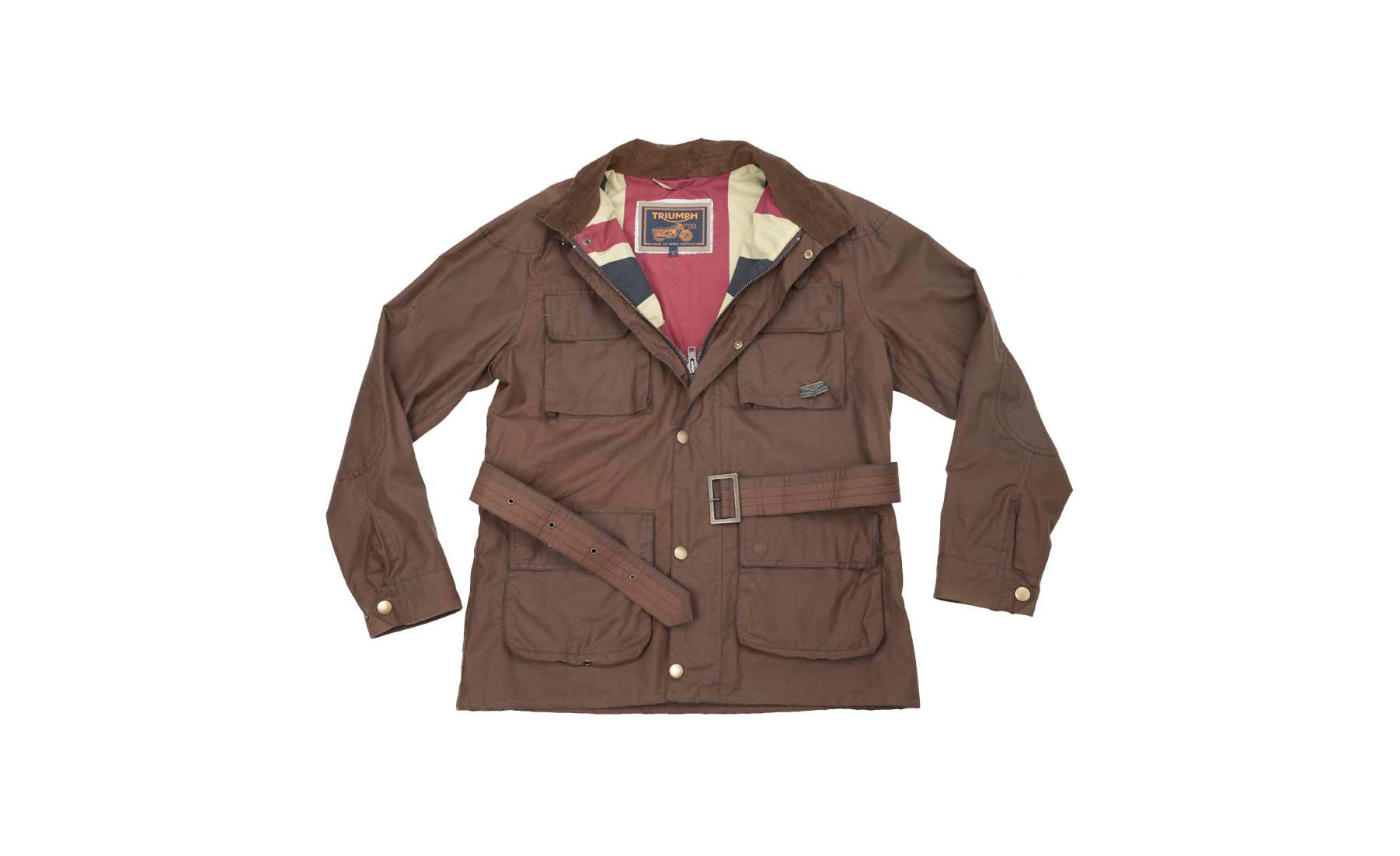