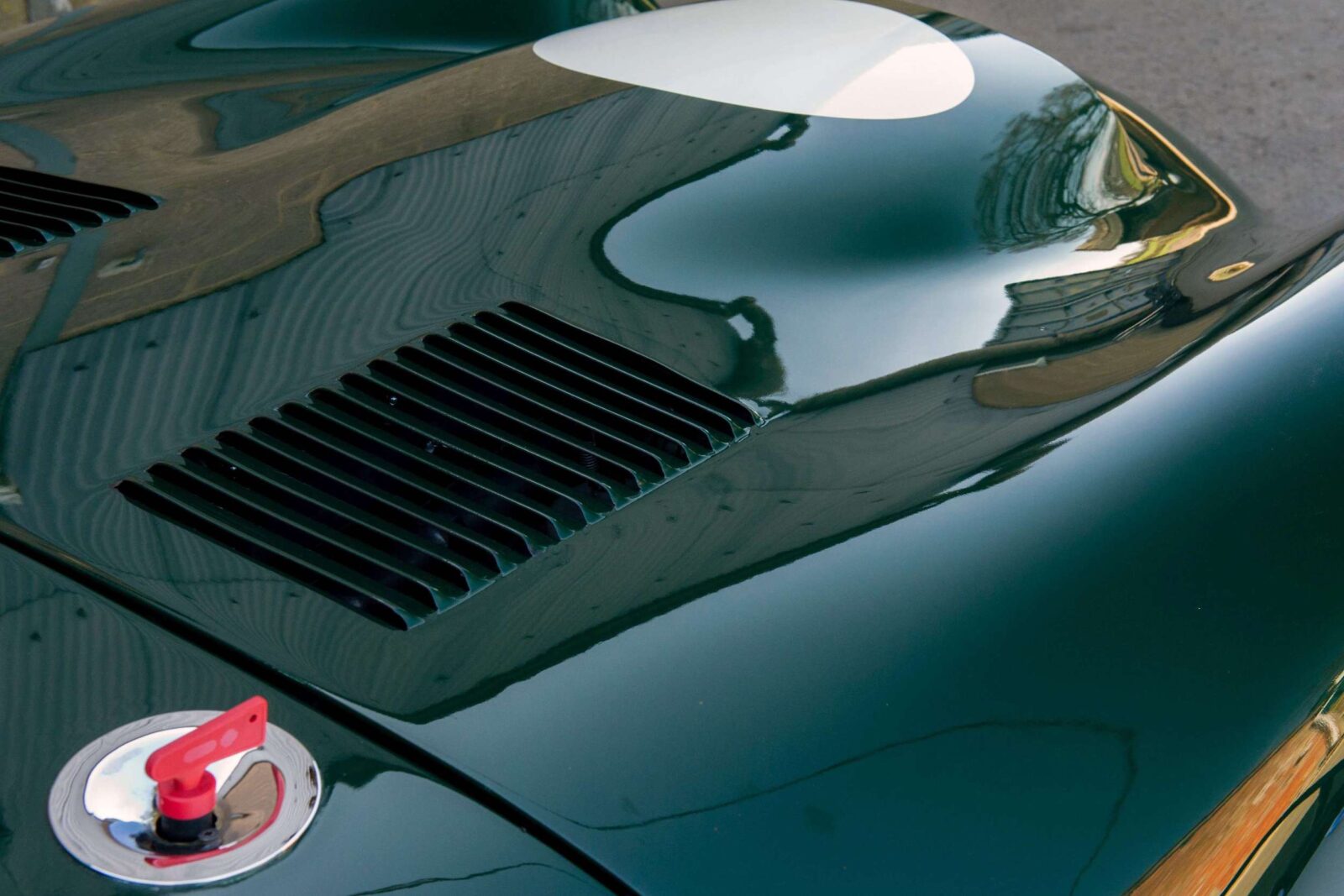 The Jaguar XK 140 Maurice Gomm Special isn’t a car that you would think is in anyway related to Chitty Chitty Bang Bang, the World Rally Championship winning Ford Escorts, the Le Mans winning GT40s, or 1960s-era Formula One and Can-Am cars. But it is.

Maurice “Mo” Gomm was one of the most respected and prolific race car constructors, metal workers, and panel beaters in the United Kingdom in the ’60s and ’70s. He got his start during the Second World War first as a dispatch rider, and then working in factories building bombers for use by the Royal Air Force.

By the time the war ended Mo had developed remarkable skill at shaping and working with metal, particularly lightweight aluminum alloys, and he was able to put this to good use in the construction of countless race and championship winning race cars including Graham Hill’s Indianapolis 500 winning Lola, Jackie Stewart’s Tyrell 001, Nelson Piquet’s Ralt F3, the Ford GT40s, and most (if not all) of the McLaren Can Am cars.

The most popular vehicles to come out of the workshop of Mo Gomm were the Chitty Chitty Bang Bang cars, he created five chassis and bodies – one for each transformation the car would go through during the film. Alan Mann would add many of the bells and whistles to finish the cars off, and such is the enduring popularity of the film that these are remembered as some of the most famous cars in cinematic history. 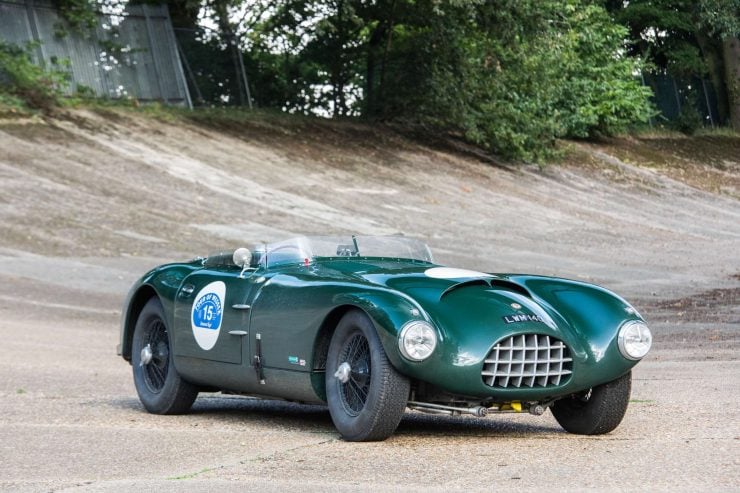 The Jaguar XK 140 Maurice Gomm Special started out as an altogether different car, it was commissioned from Paul Emery by Sir Waterlow as a personal race car to compete in weekend races across Britain in 1955. They originally used a 1938 Grand Prix Alta Monoplace chassis, fitted with a 2.6 liter Aston Martin DB2 engine.

The design of the body took some cues from the Aston Martin DB2 and some other cars from the era – but it’s its own machine, with a body shaped by hand. The early competition life of the car is largely a mystery, all we know is that it was discovered in rather poor condition in the late 1980s, though thanks to its alloy construction, the body was rust free.

The decision was made to separate the body and chassis – the 1938 Grand Prix Alta was restored back to its original monoposto configuration, and it can now be seen regularly taking part in vintage motor sport competition. 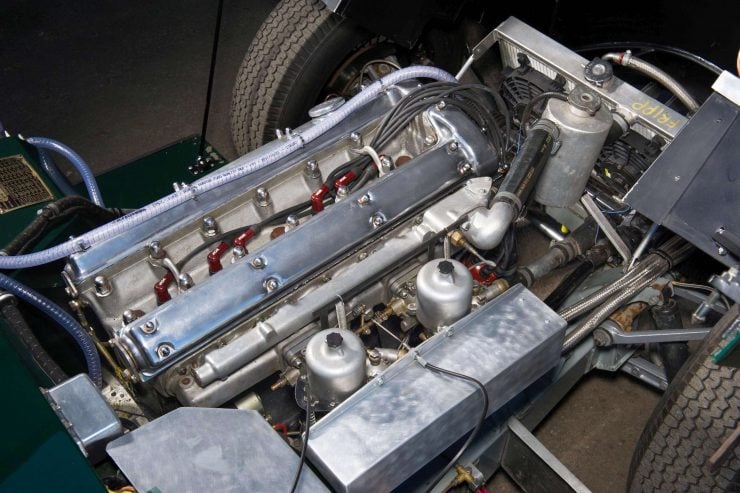 The body was kept in storage for many years until Charles Fripp (a Jaguar XK specialist from Twyford Moors) had the idea of fitting it to an XK 140 chassis, as the wheelbase was practically the same. He sourced a Jaguar XK140 chassis/engine from the same year, 1955, and set about building the car paying great attention to develop it in the same way it would have been developed in 1955.

The XK140 engine was moved backwards in the chassis to offer better weight distribution, and the bonnet was curved up before being modified with twin “nostril” hood vents to allow better cooling and breathing. The engine was rebuilt to competition specification by Sigma engineering, then mated to an E-Type gearbox with a heavy duty clutch. Power is sent back through a limited-slip differential and there’s adjustable dampers and stiffer polyurethane bushings on all four corners.

The completed car weighs in at just 900 kilograms, and in proper Le Mans specification the XK engine is capable of over 250 hp, so the Maurice Gomm Special has performance not dissimilar to the Jaguar C and D-types, or the Aston Martin DB3S. If you’d like to read more about the car or register to bid you can click here to visit the listing on Artcurial. 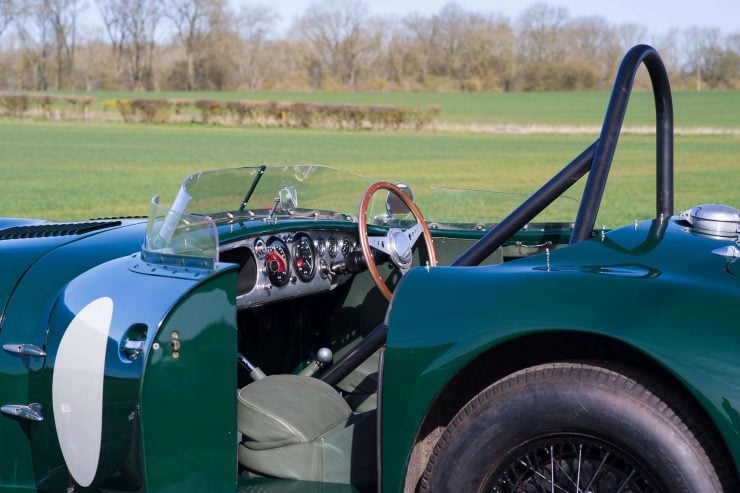 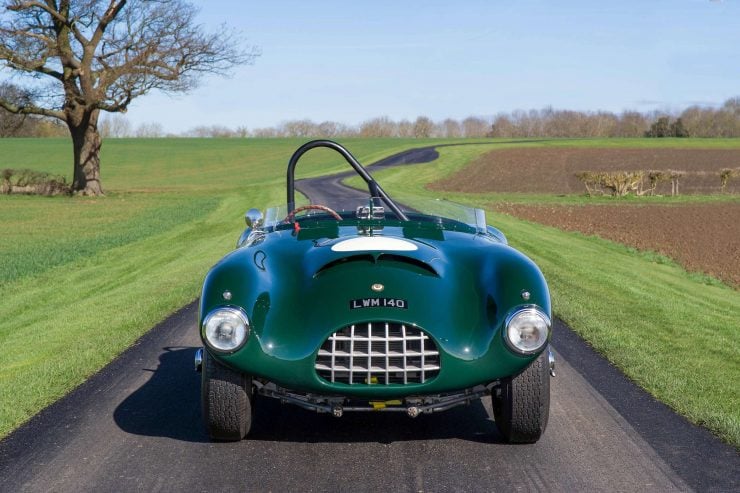 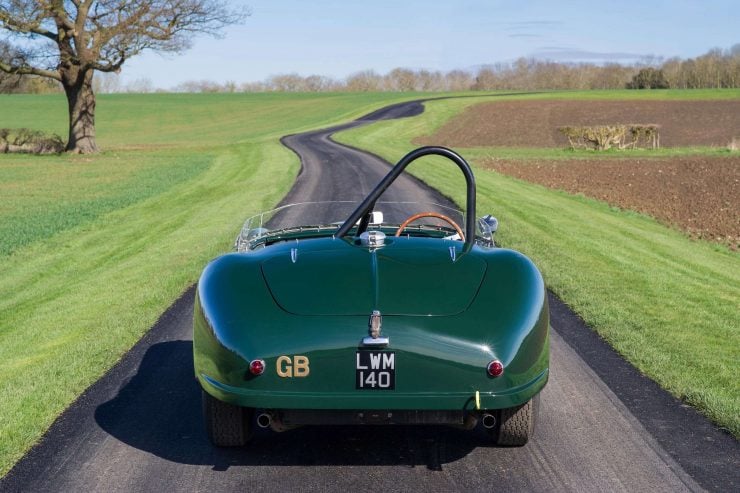 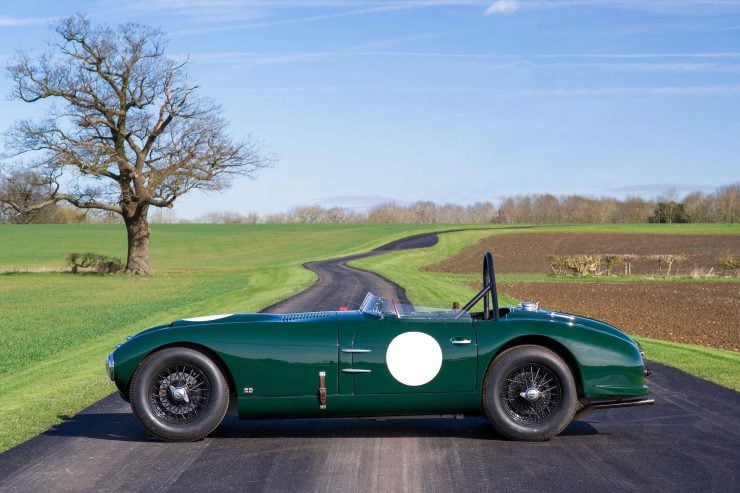 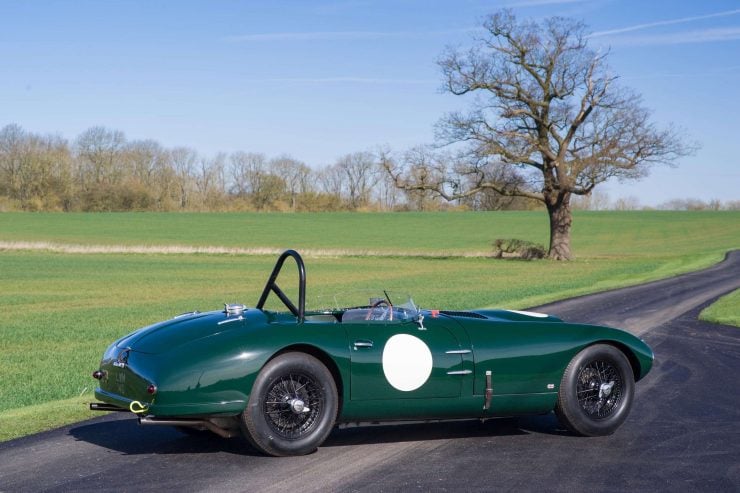 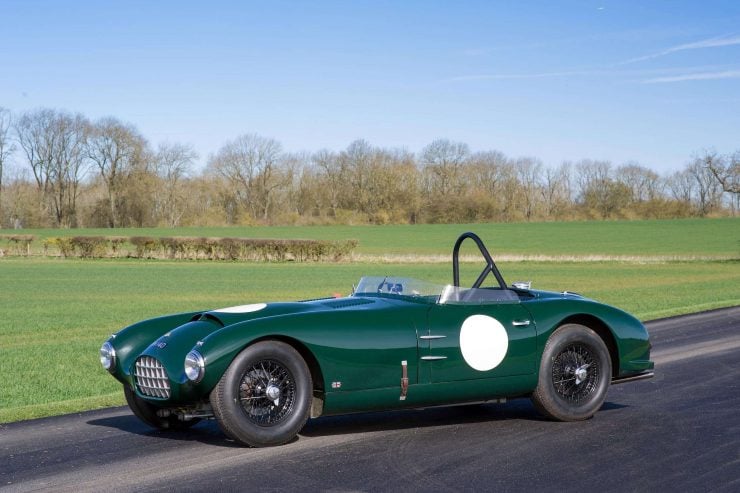 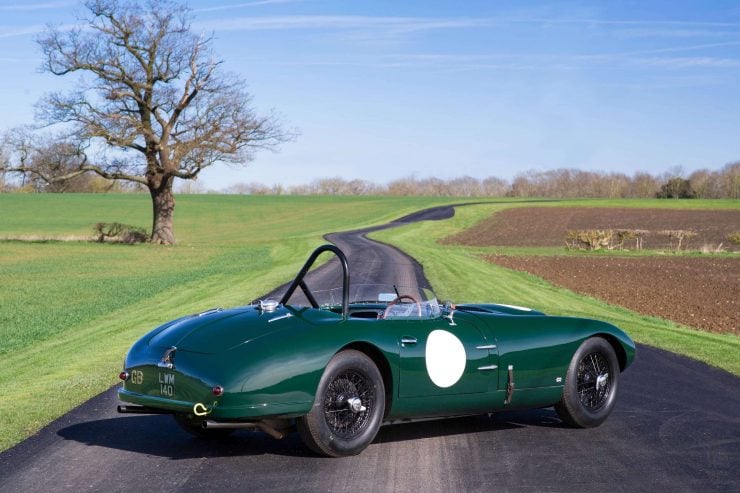 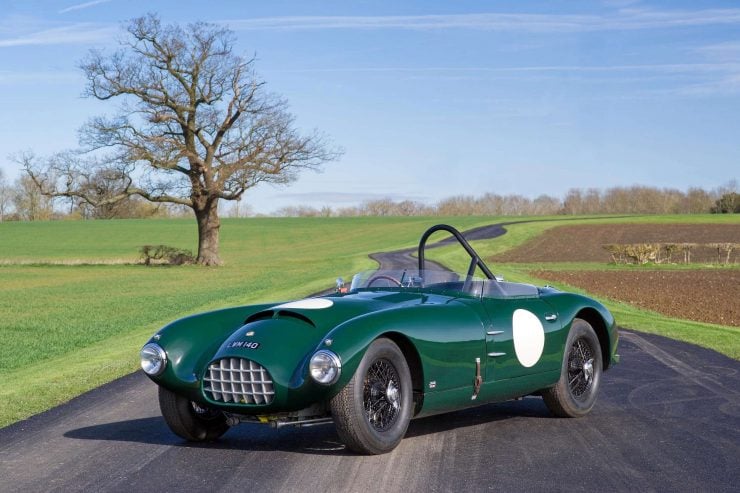 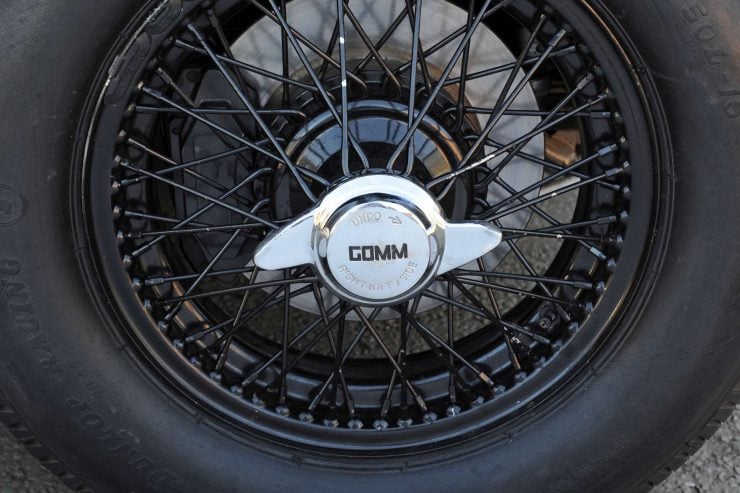 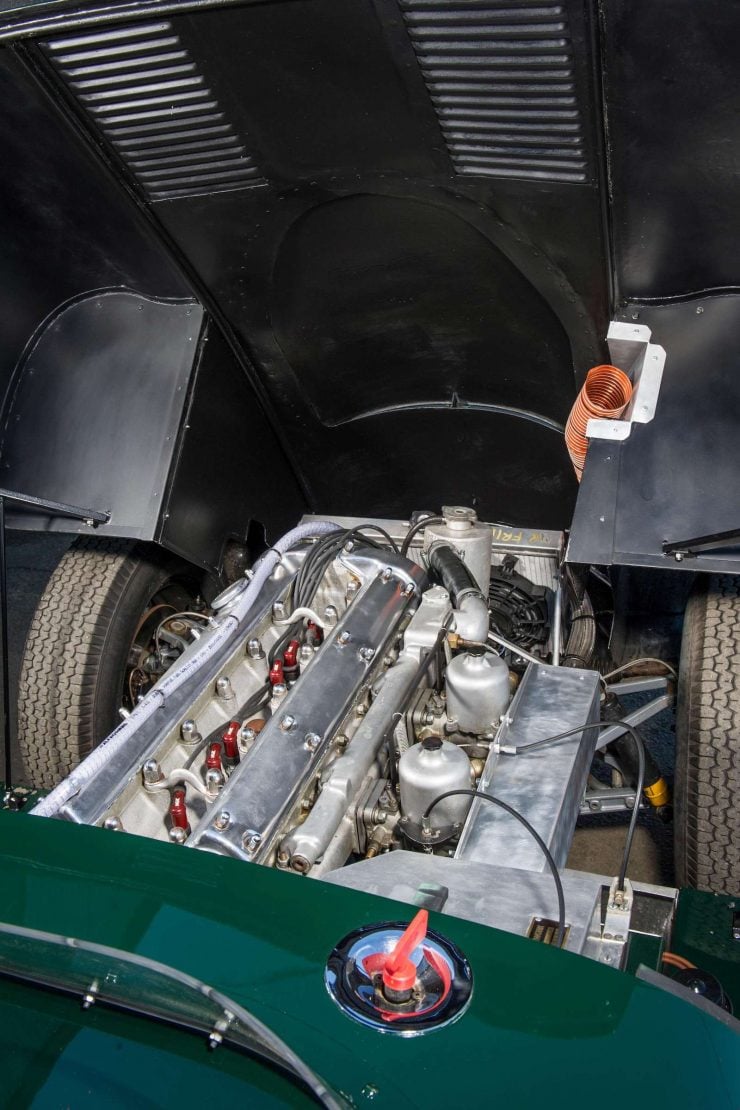 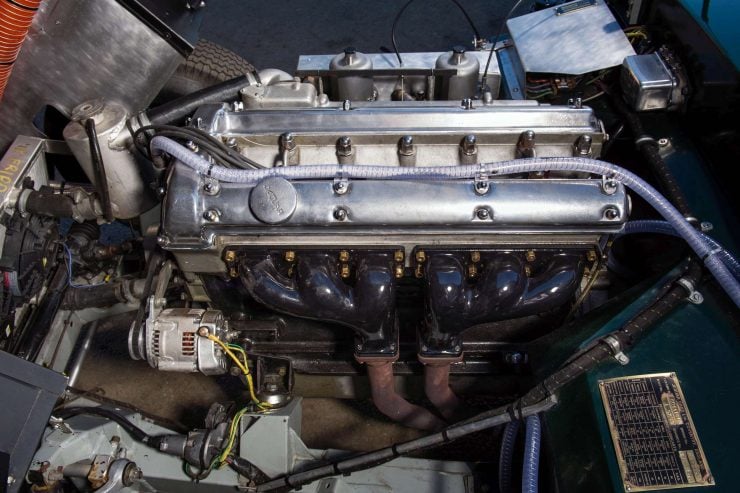 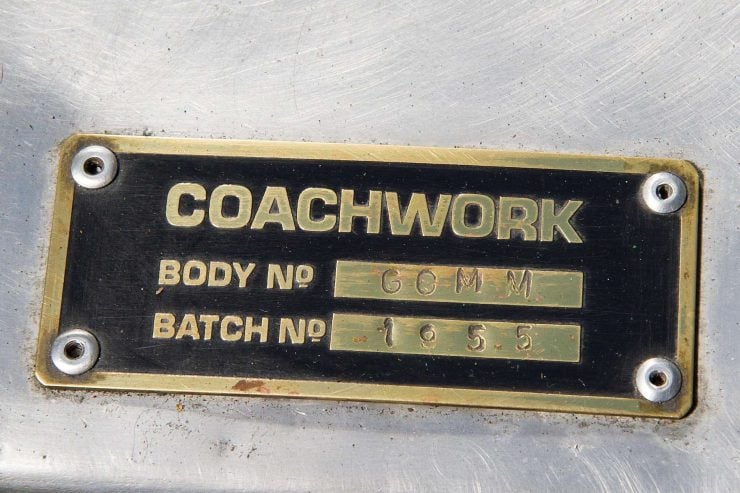 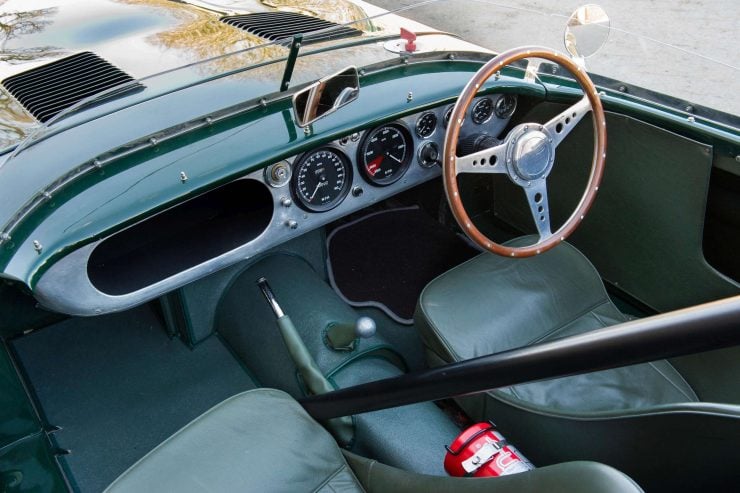 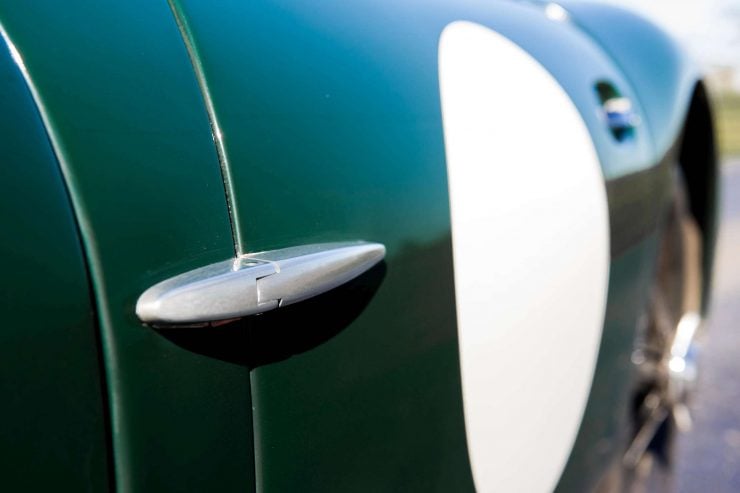 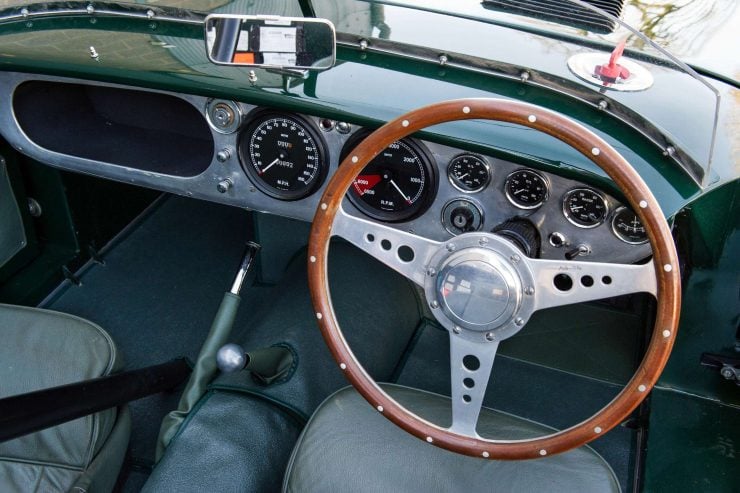 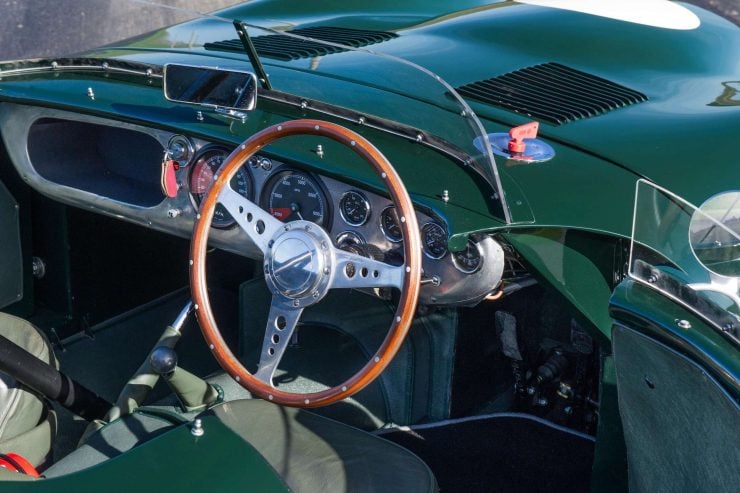 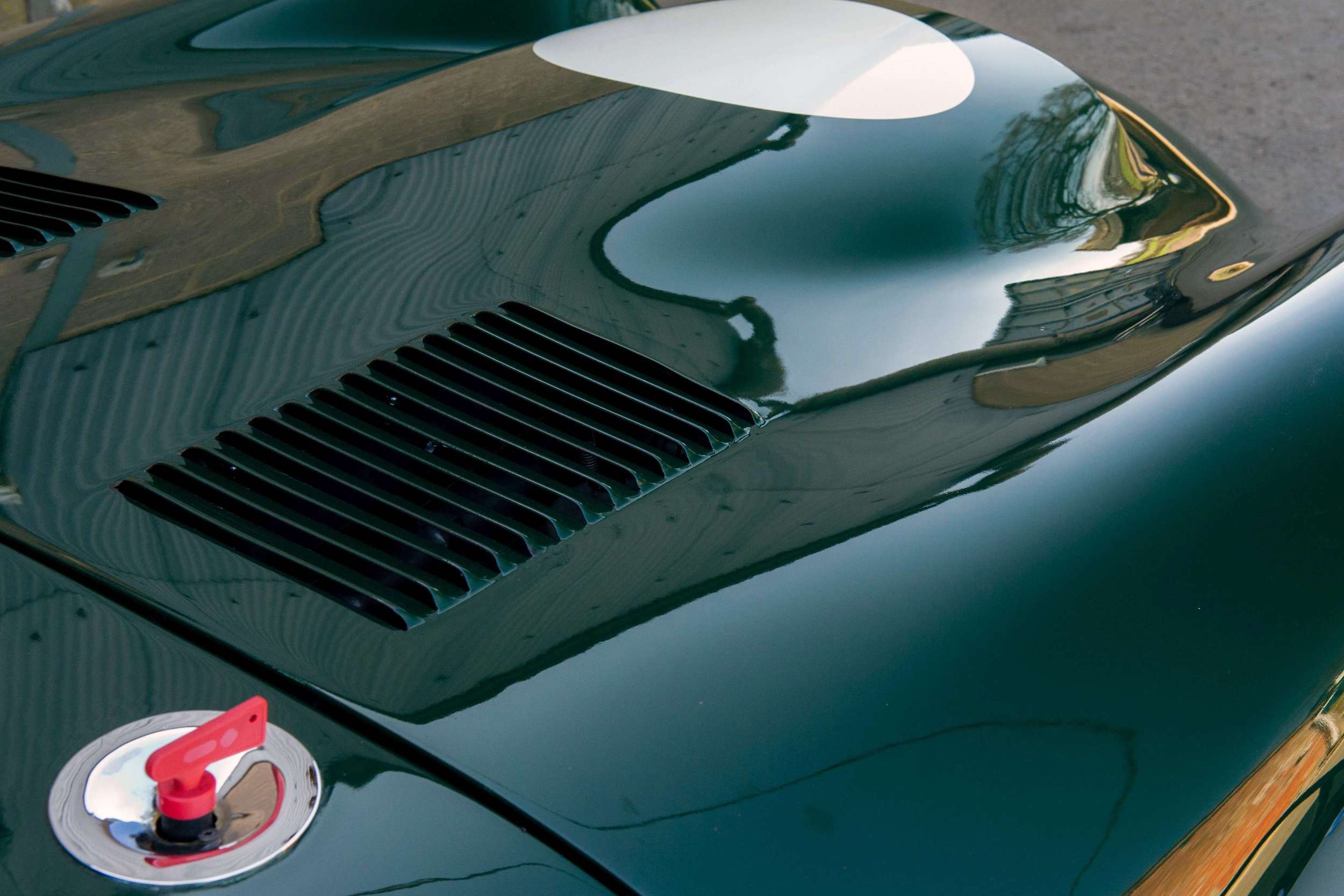