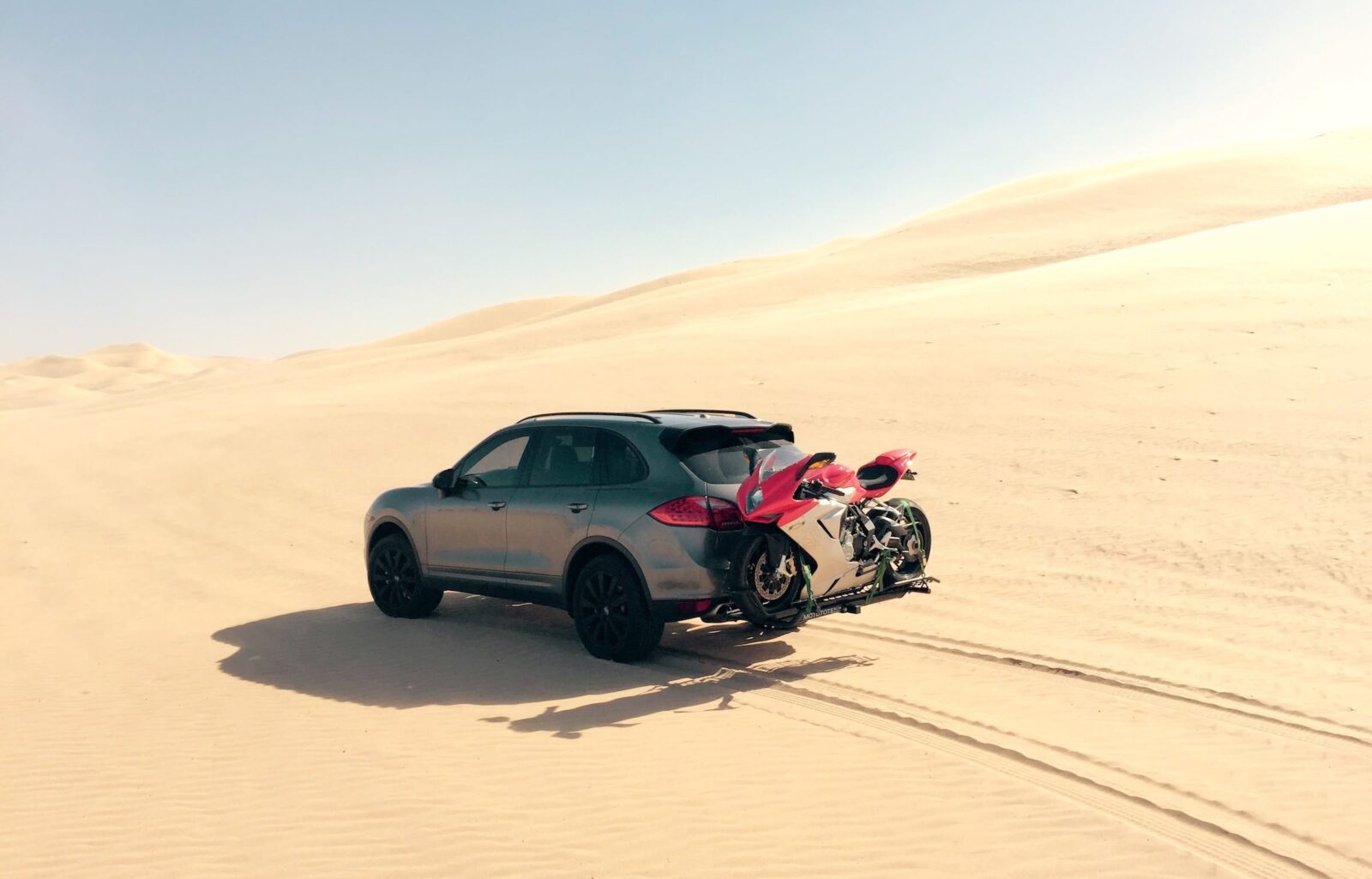 The MotoTote MTX Sport Motorcycle Carrier is rapidly becoming one of the most popular ways for people to transport motorcycles on everything from overloading expeditions to weekends in the dunes or at the track.

Instead of needing to buy a stand alone trailer with all the bells and whistles required for carrying motorcycles, the MotoTote fits into your tow hitch and includes everything you need except for the tie downs.

You load your motorcycle by attaching the loading ramp, then rolling it up until the front tire locks into the stabilizing front wheel stop, which keeps the bike upright while you go around tightening the tie downs.

Unlike traditional trailers, the MotoTote doesn’t require registration, inspections, or insurance, and it won’t make reversing a nightmare either. The MTX Sport model can carry bikes of up to 600 lbs, which covers you for most motorcycles (except some cruisers), and it can be fitted to almost any vehicle with a suitable class III or 2″ square tow hitch. 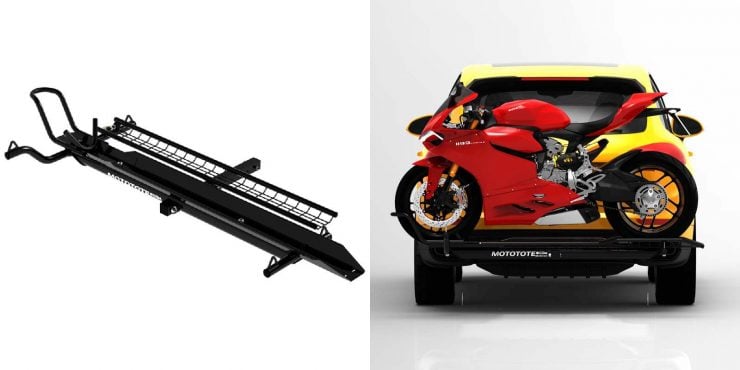 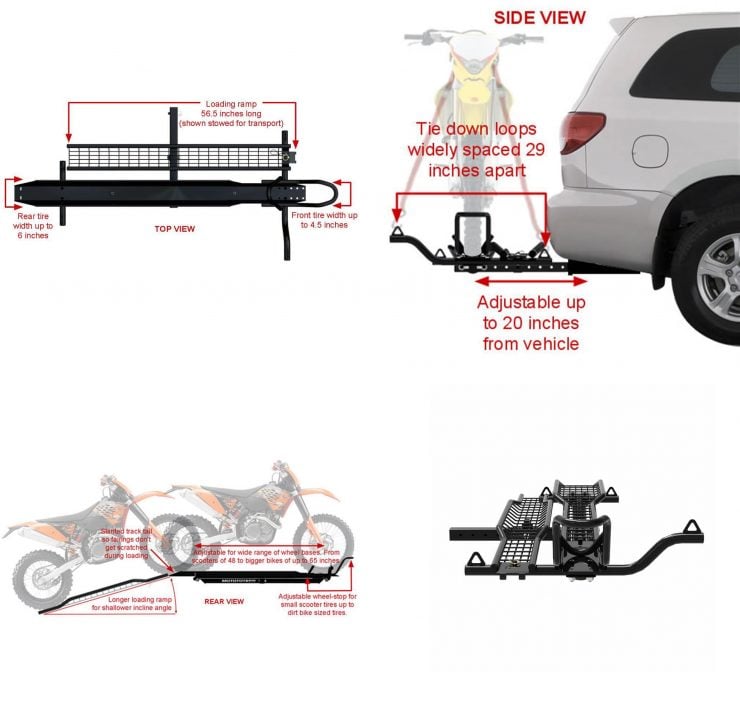 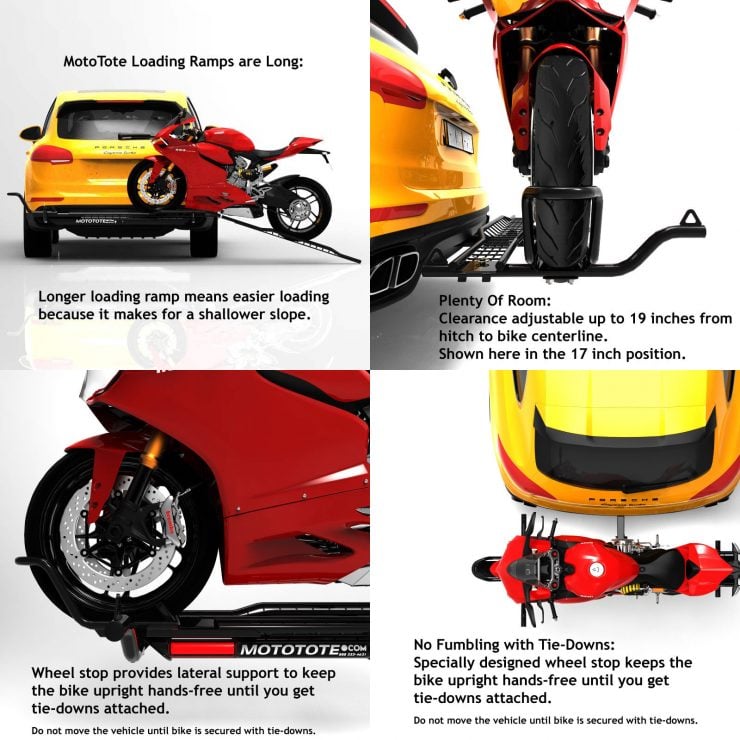 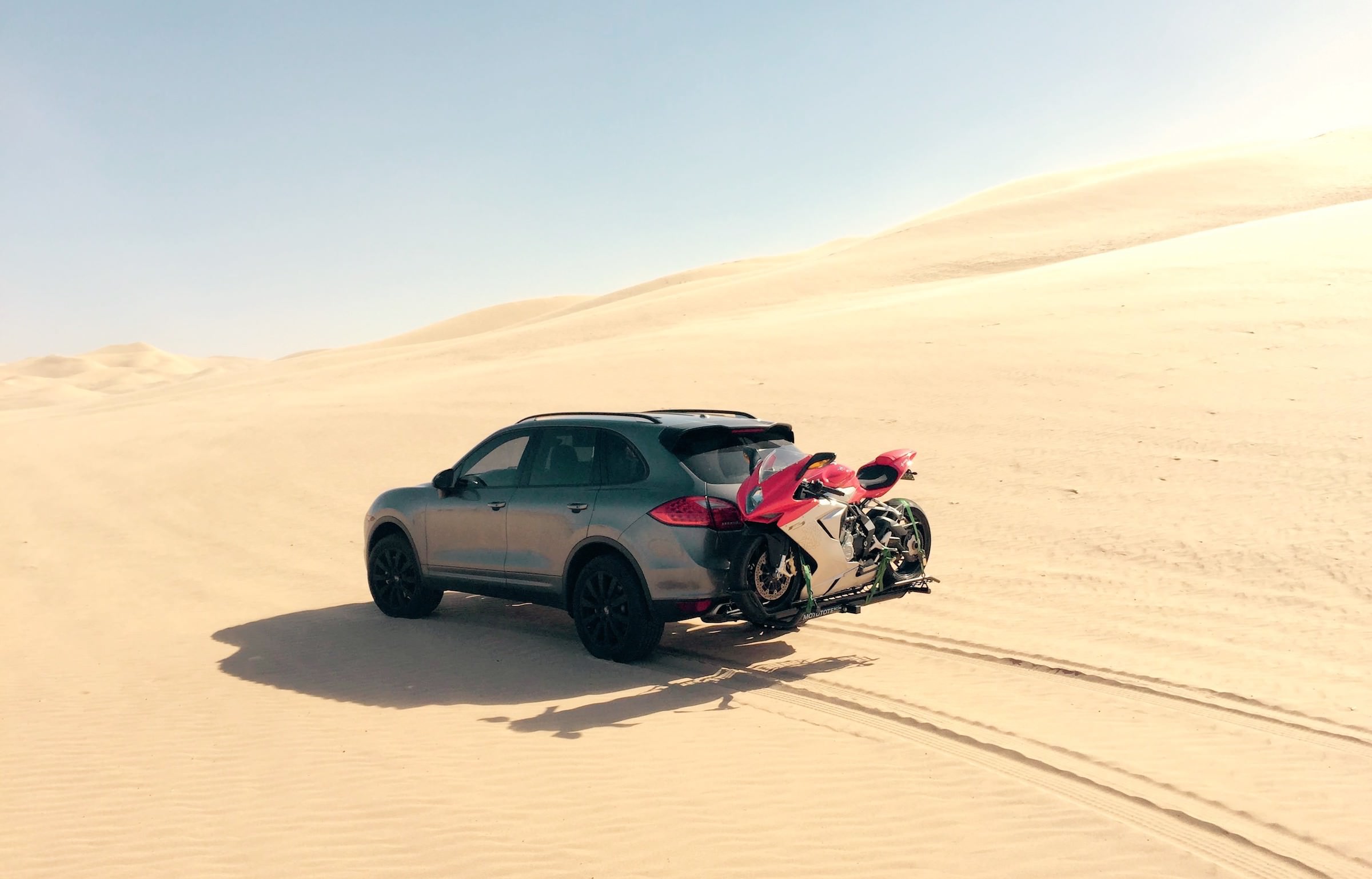