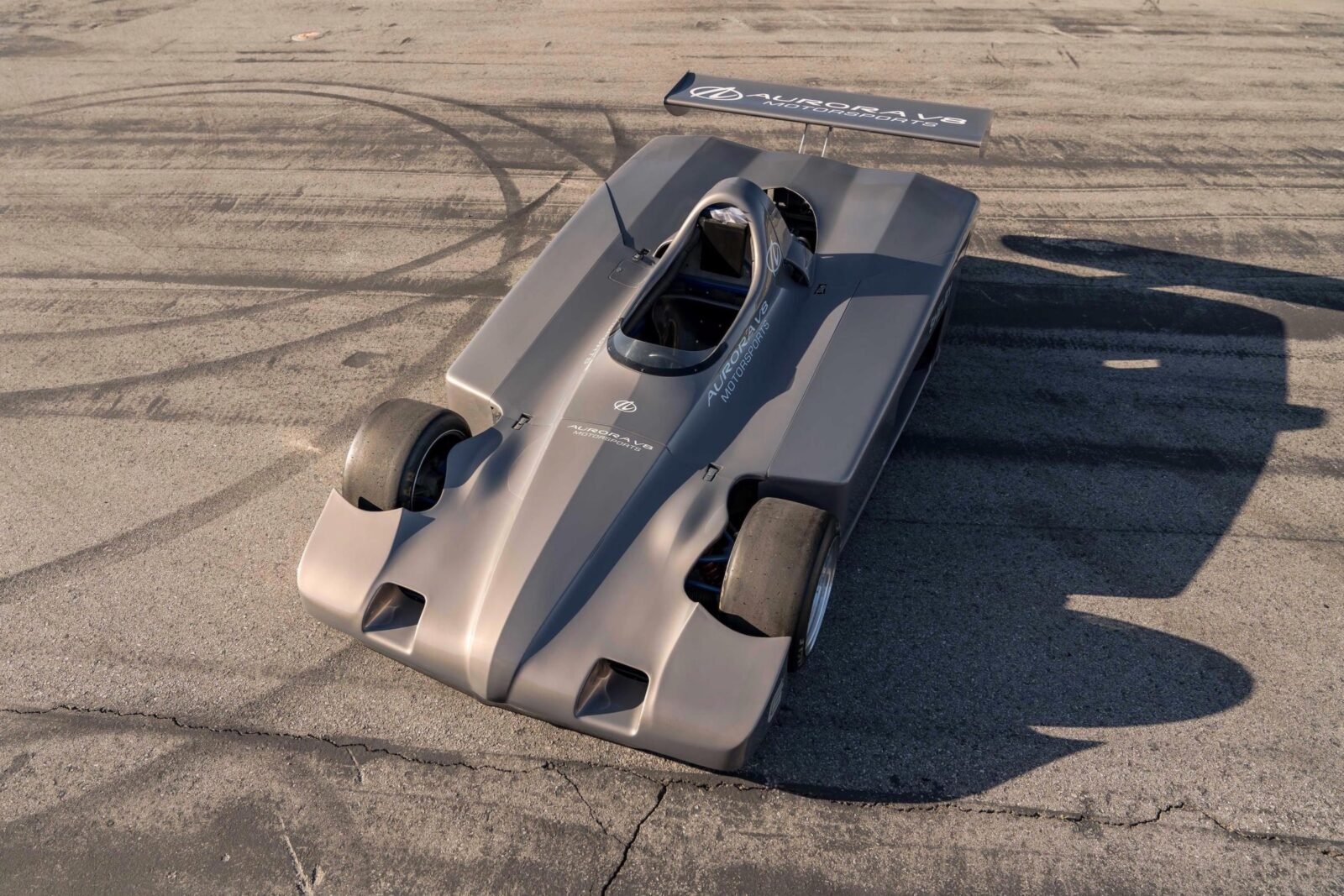 With an estimated hammer price of just $20,000 to $25,000 USD, this Shelby Aurora V8 Can-Am prototype is possibly one of the best value four-wheeled propositions we’ve seen come up for auction in recent memory.

The Shelby Can-Am is a car that was developed in 1989 for a single-make racing series designed to pick up after the original Can-Am series disappeared after the 1987 season.

The development of the new car was overseen by Carroll Shelby, and the body was designed by none other than Pete Brock – the same pairing responsible for the Le Mans winning Shelby Daytona Coupe (surviving examples of which now sell for $7+ million USD).

The tubular spaceframe chassis was designed by David Bruns and built by Racefab Inc. from Rusk, Texas, and originally fitted with a 3.3 liter 60 degree Dodge V6 in high-performance configuration making 255 hp.

The plan for the Shelby Can-Am Series was to offer two classes – a 255 hp entry-level class an a 500 hp pro-level class. Initially it was started off with the lower powered engines, and the first full SCCA sanctioned season took place in 1991 with 20 drivers lining up on the grid.

The Shelby Can-Am would run from 1991 to 1996, giving a start in racing to drivers like Scott Harrington, Memo Gidley, Kyle Konzer, and Mike Davies.

The end of the series in 1996 wouldn’t spell the end for the cars – 28 of which were bought and shipped to South Africa to create a new single-make championship. The South Africans swapped out the Dodge V6 engines that were starting to show their age, and replaced them with the 300 hp Nissan Z350 unit.

This new engine would be accompanied with newly designed bodywork from the 2008 season onwards, giving the cars an appearance far closer to modern-day Le Mans Prototypes. The South African series appears to have wound up in 2014 or 2015, but many of the cars remain in the country, and there is some talk of reviving the class in the future. 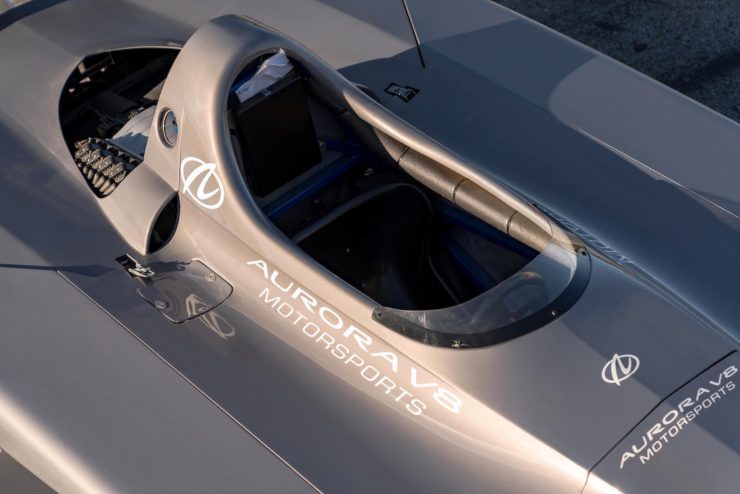 The Shelby Aurora V8 Can-Am Prototype you see here was built in 1997, it was the only one built in this configuration, and other than its testing regimen at Willow Springs it’s seen very little use.

Unlike the original Shelby Can-Am cars, this one is fitted with the same Oldsmobile Aurora V8 as the Shelby Series 1 Roadster – Carroll Shelby’s bespoke sports car that was released in 1998.

The Oldsmobile Aurora V8 was a relatively advanced engine for the time, with double overhead cams 10.3:1 compression ratio, sequential fuel injection, and excellent scope for tuning. A high-performance version of the Oldsmobile engine was used in the Indy Racing League, the Cadillac Northstar LMP program, and it was selected for use by Carroll Shelby more than once.

The version of the Aurora V8 fitted to this car was tuned to produce 500 hp at 6,500 rpm, and it’s paired with a race-spec manual transmission, independent suspension all round, and four wheel disc brakes. As it stands today the car would need some re-commissioning, but once back on the track there’s not much out there that could hold pace with it.

If you’d like to read more about this car or register to bid, you can click here to visit the listing on Bonhams. 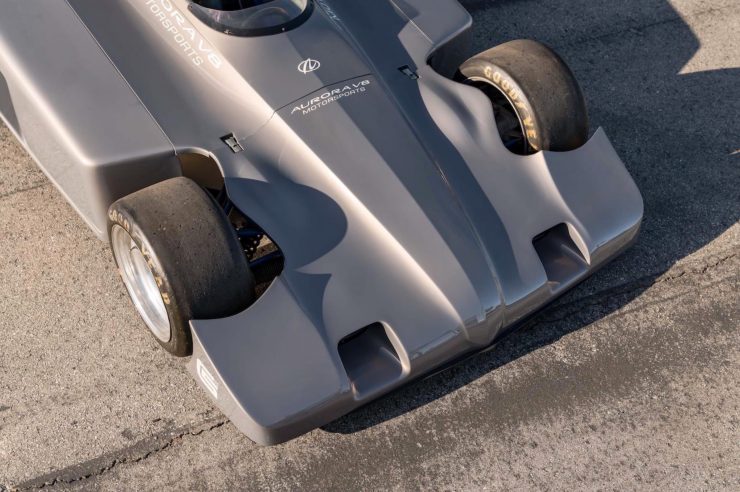 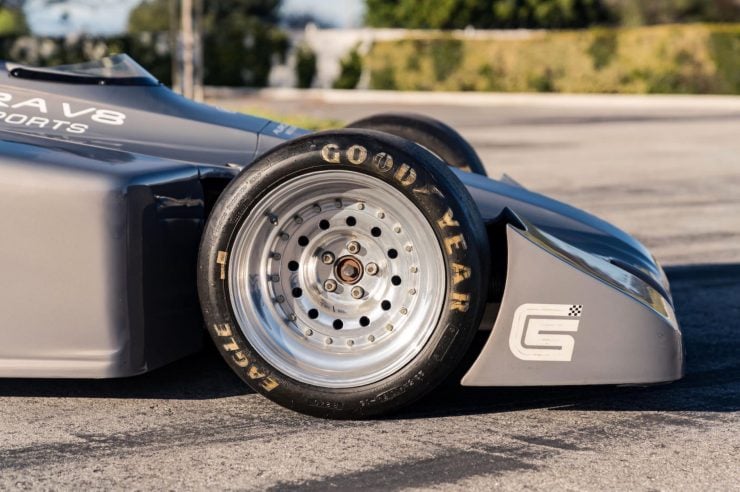 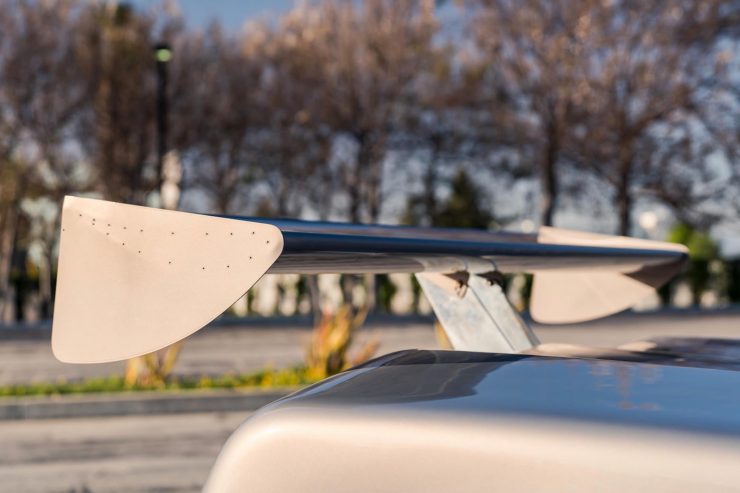 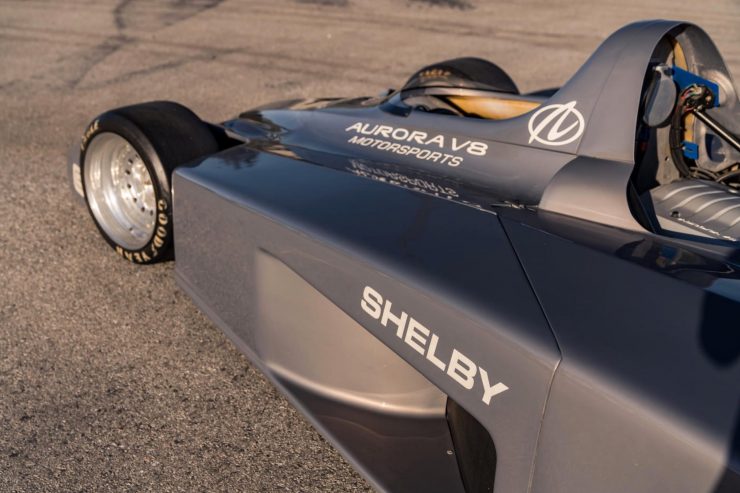 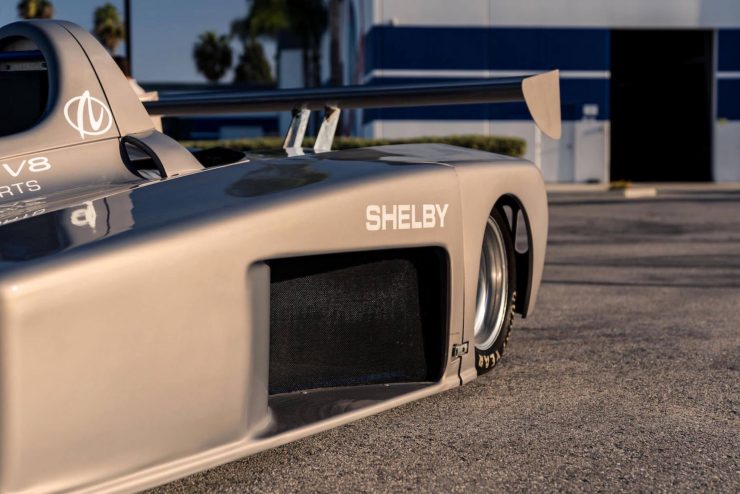 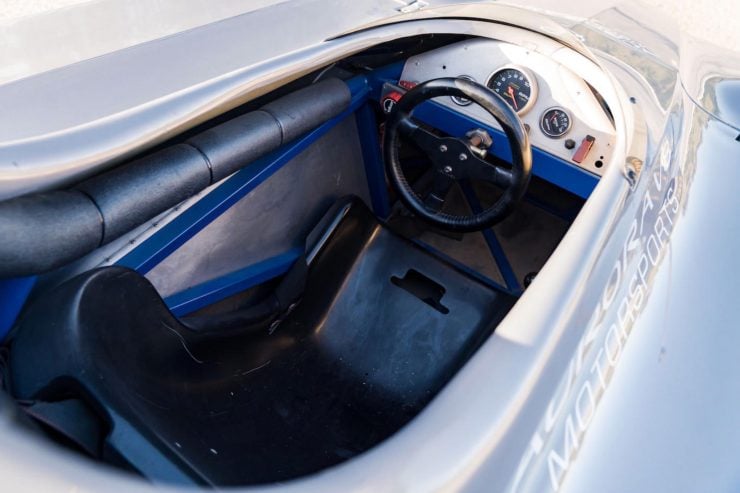 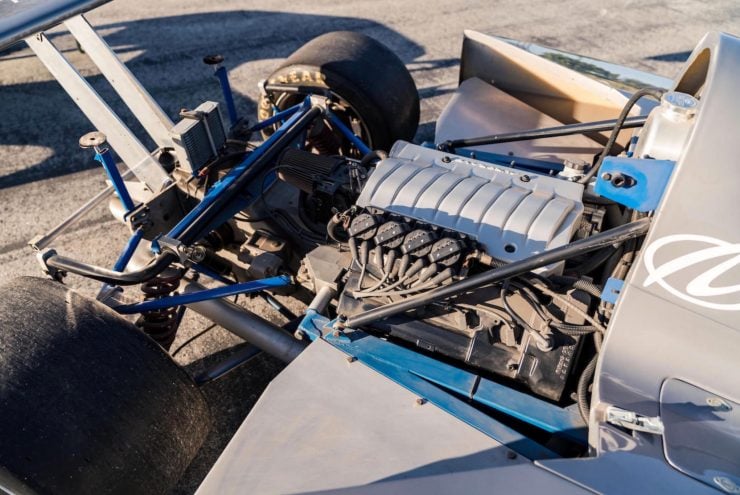 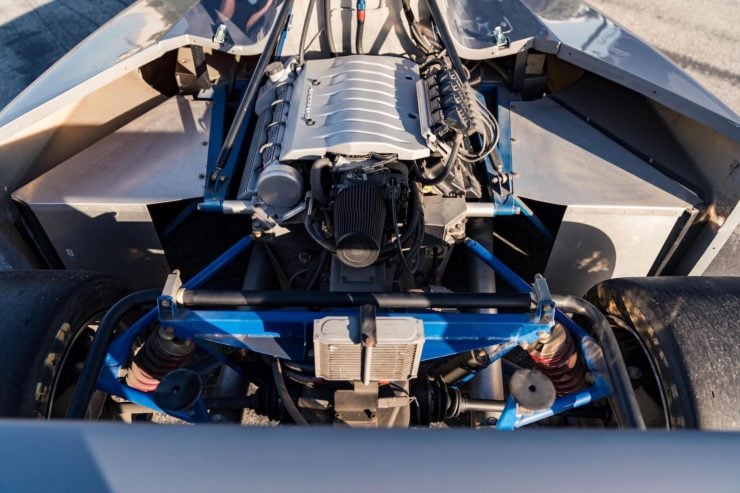 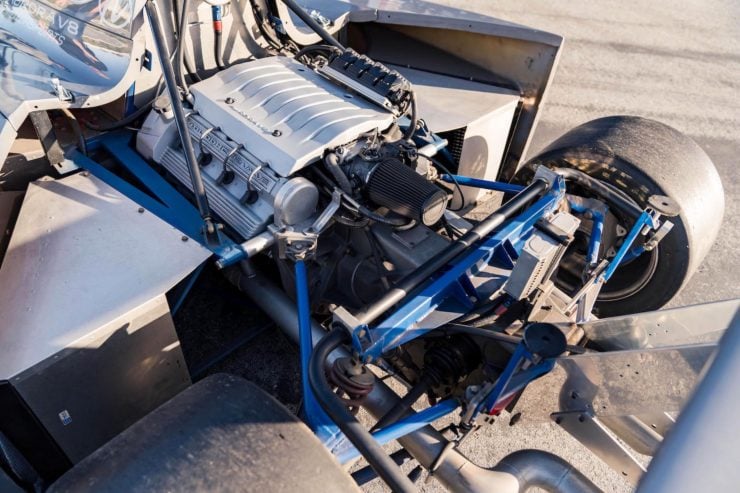 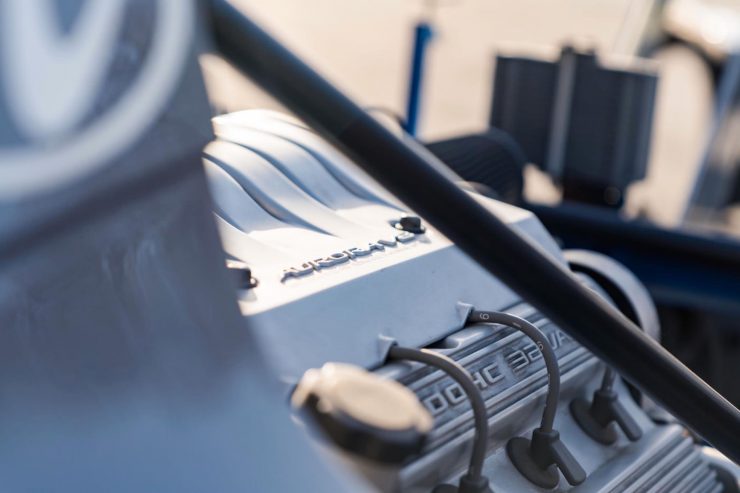 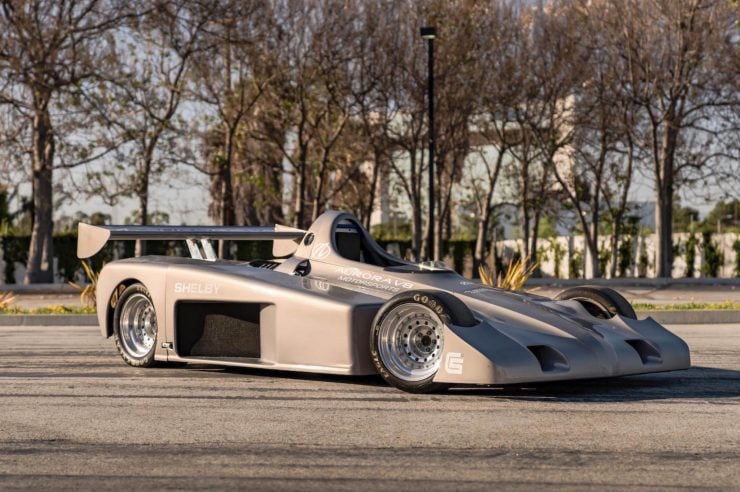 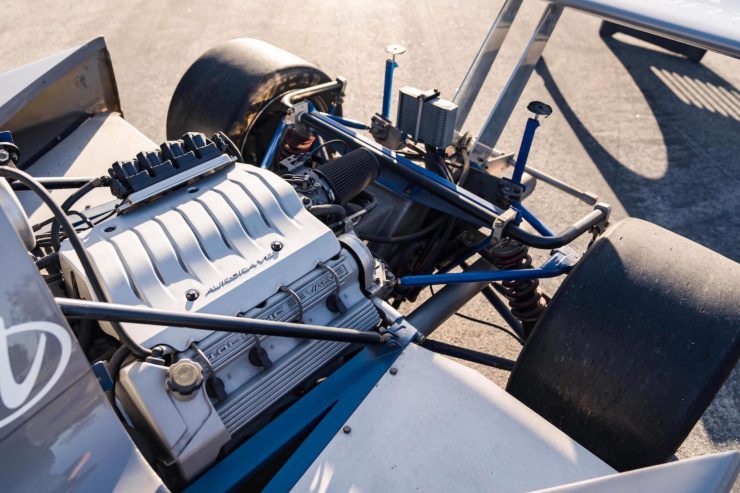 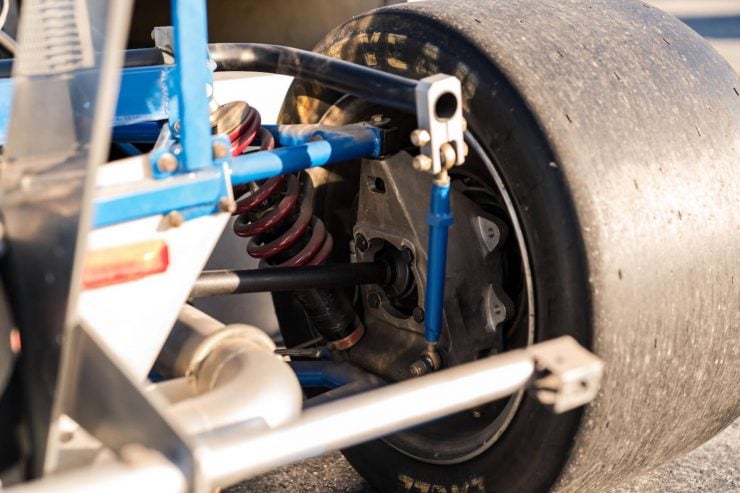 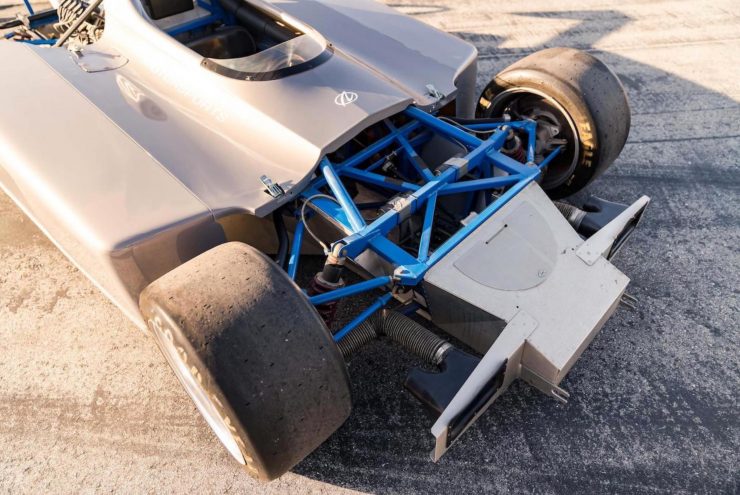 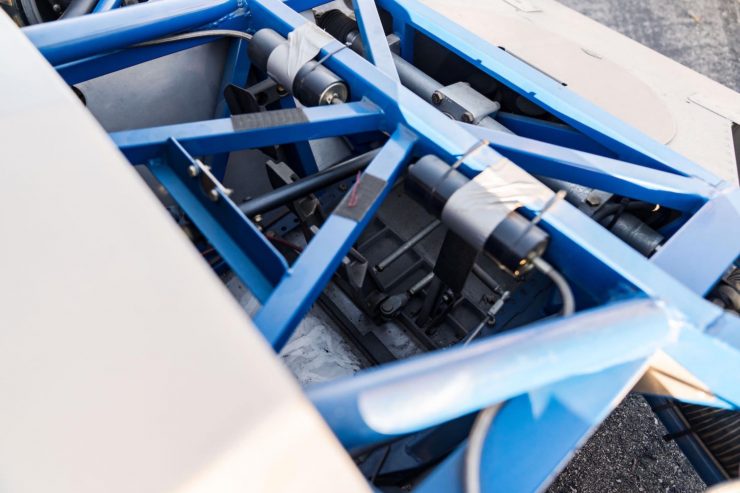 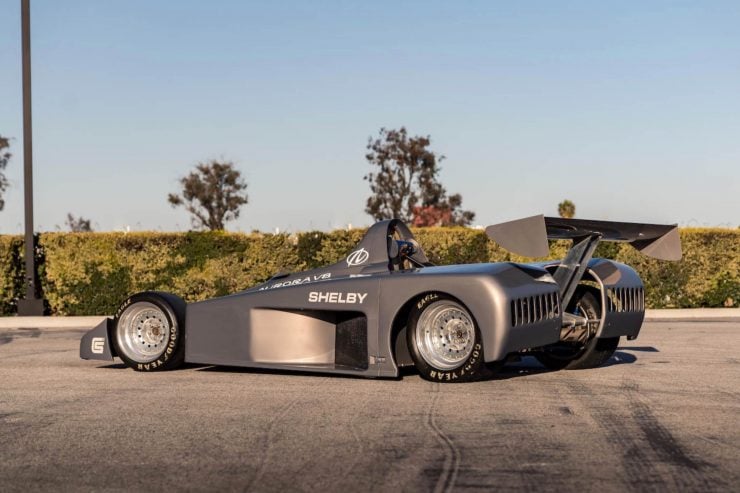 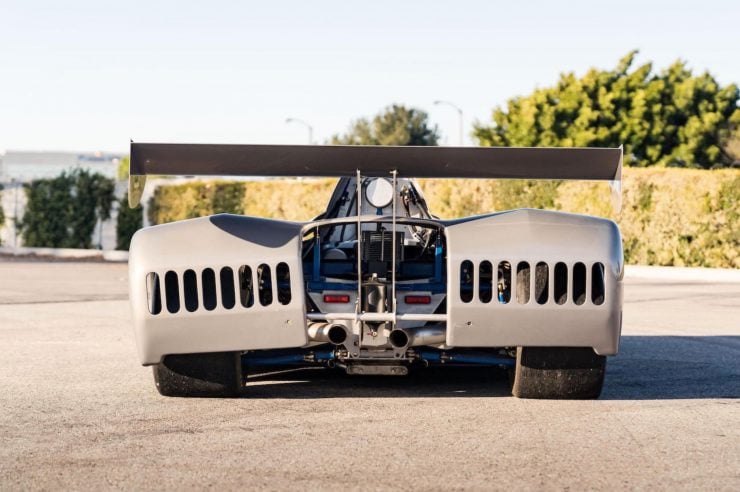 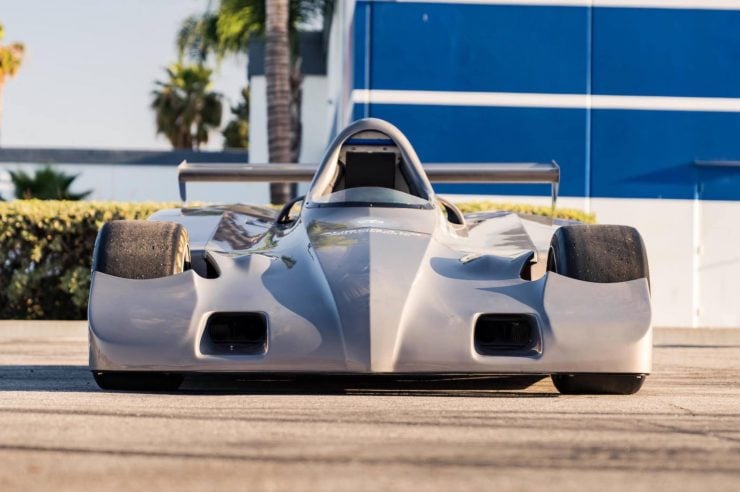 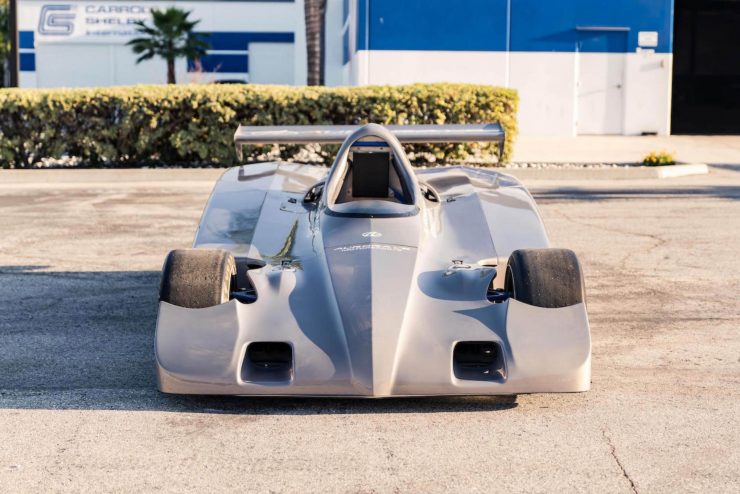 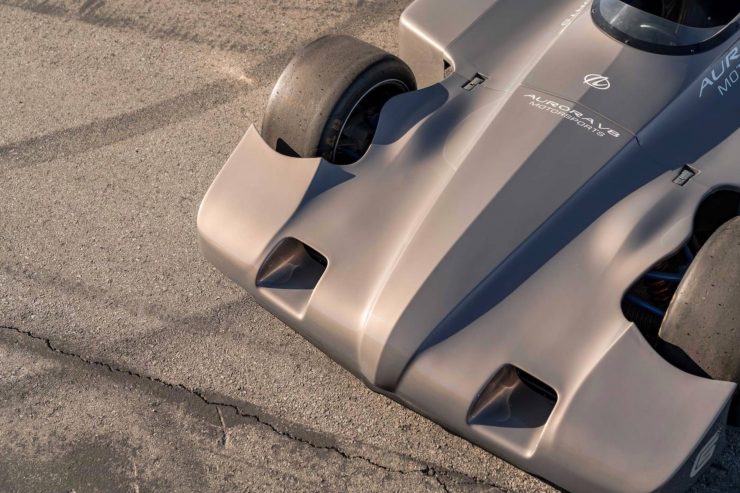 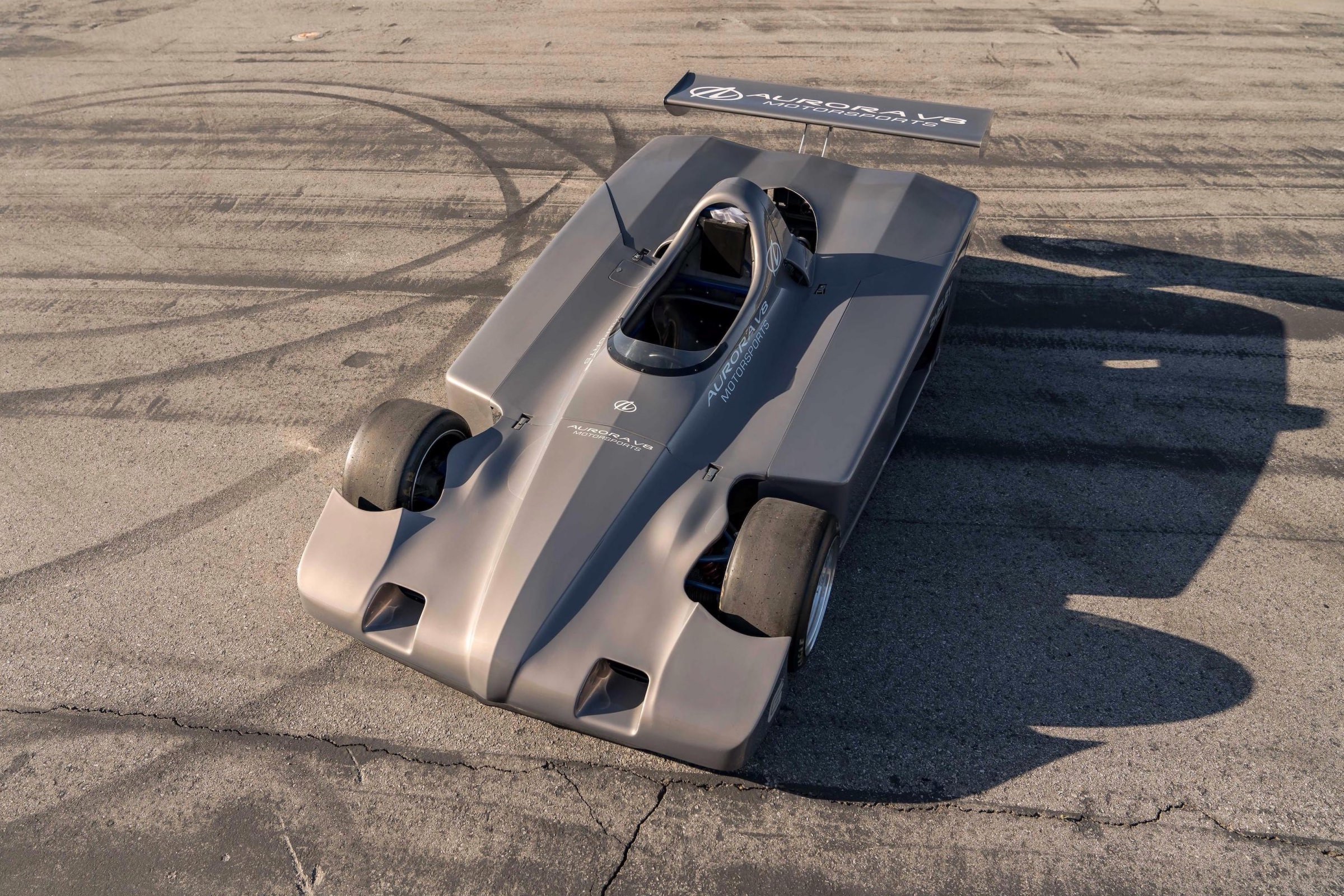 
Published by Ben Branch - May 22nd 2018
Related Posts
For Sale: A Bombardier B7 – An Original V8-Powered 7 Person Snow Coach

This is the new Death Pegasus t-shirt by The Selvedge Yard with art by Devyn Haas of Nowhere Fast. If you’re a regular Silodrome…

This is the Tamiya Lotus Super 7 Series II, a 1:24 scale model of a car with one of the longest production runs in…