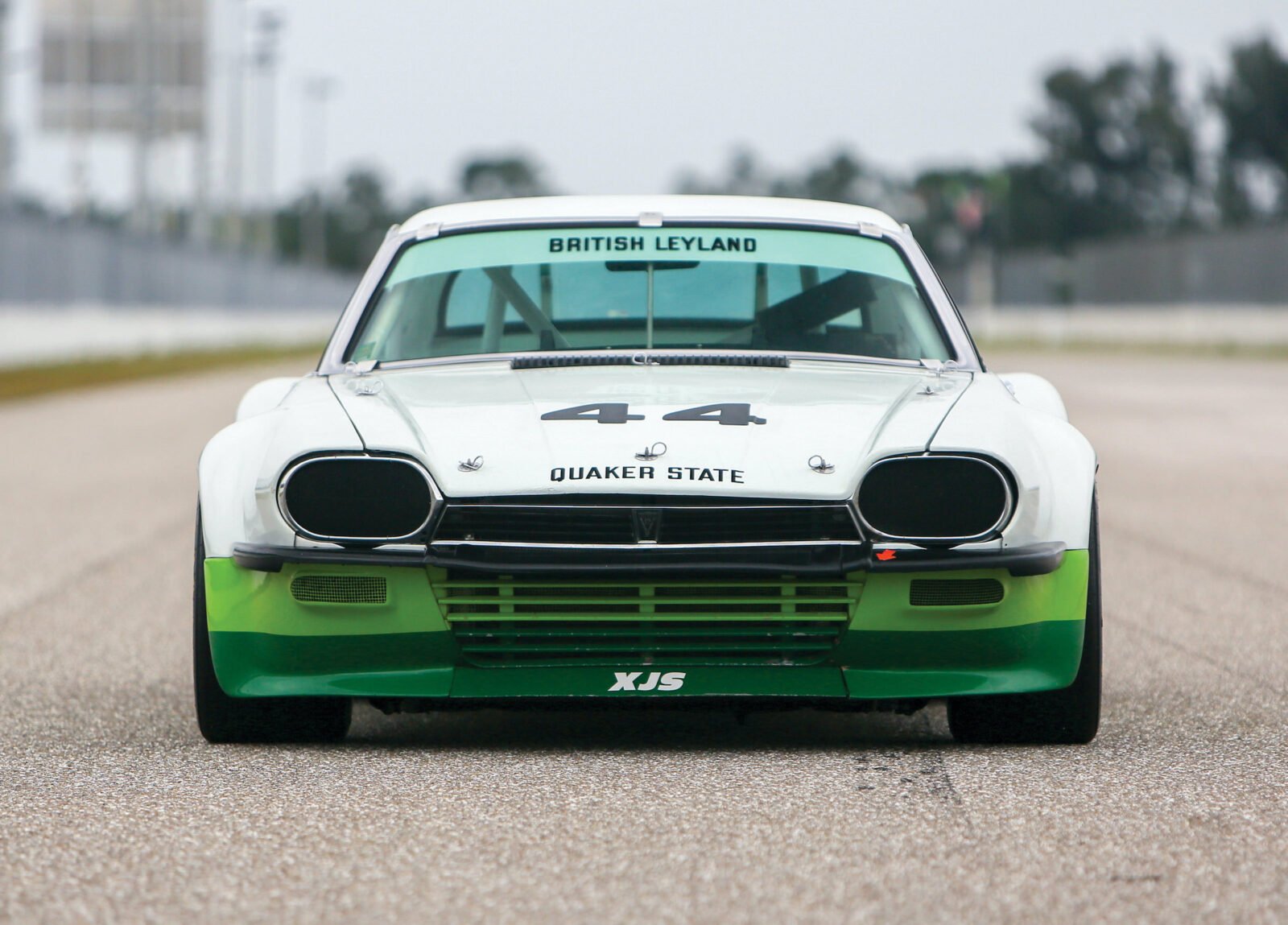 This is the Group 44 Jaguar XJS that won the Trans-Am Category 1 Drivers’ and Manufacturers’ Championship in the hands of Bob Tullius and his Group 44 team in 1978.

The Tullius Jaguar XJS was competing against the likes of the Corvettes (454, 427, and 350 cu. in. versions), the Porsche 914-6, the Datsun 280Z, and the Camaro. By far the most common car in Category 1 was the Corvette, and this would be the car that provided the XJS with its real competition. 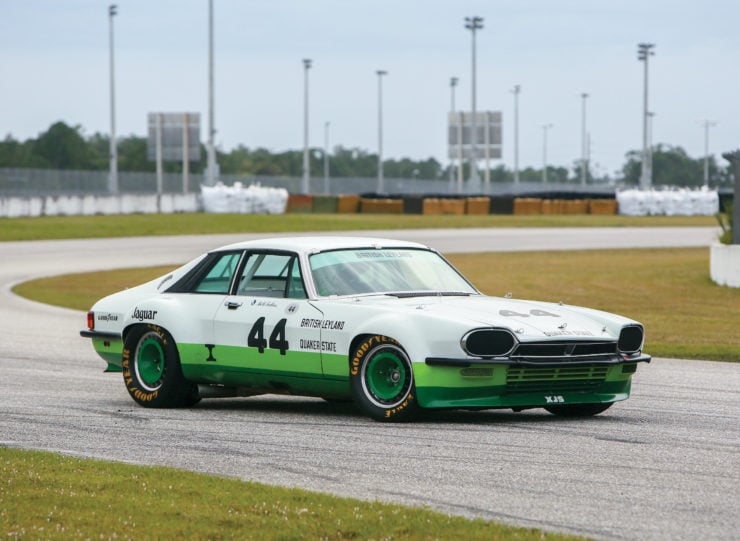 When Jaguar released the XJS in 1975 it received a somewhat lukewarm reception, it had been designed as a replacement for the outgoing E-Type – widely considered the most beautiful car of all time, and it had landed in the wake of the 1973 Oil Crisis. Any replacement for the E-Type was going to have large boots to fill, and the global surge in fuel prices caused by the crisis made the thirsty British 5.3 litre V12 seem like an exceedingly risky bet.

With slow sales the team at Jaguar resorted to the age-old wisdom of the “win on Sunday, sell on Monday” adage. The most important marked for Jaguar at the time (and today still) was the United States, and the Trans-Am series was perfect for the new British GT car. One of the key competitors in the USA would be the Corvette, so what better way to boost sales than by beating the Corvette on race tracks right across North America?

American racer Bob Tullius had won the 1975 US Champions Road Atlanta driving an E-Type V12, and he had over 15 years of experience driving British and American cars to victories. Interestingly Bob started out racing almost by accident. He had bought his wife a Triumph TR3 as a gift but she rarely used it, he signed up for racing school and used the TR3, he went on to win the graduation race and the rest is history. 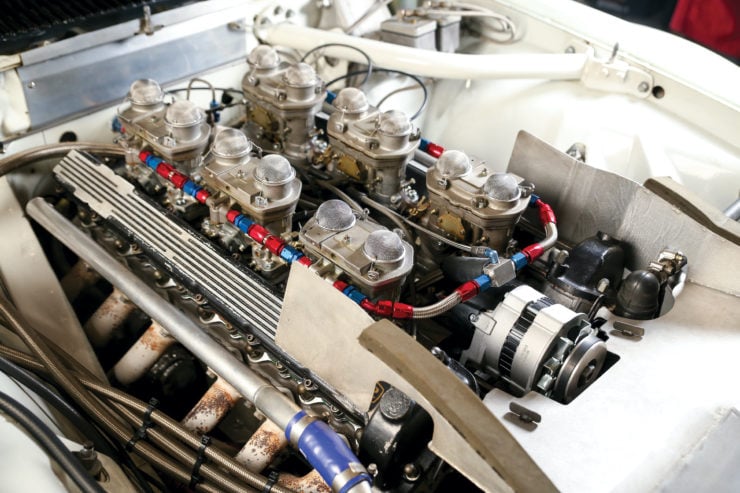 Jaguar sales Vice President Michael Dale reached out to Bob Tullius and offered him an XJS for the 1976 season, Tullius accepted and used ’76 as a shakedown year, only entering three races and using them to learn the car and prepare it for world class competition. By 1977 the car was ready for prime time, and Tullius won 6 of the 11 races in 1977, he took the Category 1 Drivers’ Championship and placed Jaguar in 2nd place in the Constructors’ Championship.

For 1978 both Jaguar and Tullius opted to continue their successful partnership. Jaguar gave the XJS a factory-conducted acid dip to shave weight before being submitted to Group 44 for race preparation. The bodywork was mounted to a strong steel tube-frame chassis with a 32 gallon fuel cell, it was fitted with a 5.3 litre Jaguar V12 that had been tuned for performance, and fitted with six Weber carburettors.

This new, lighter XJS proved unstoppable. It was racing against some of the fastest race-prepared Corvettes in the world, and through the 1978 season it would win 7 of the 10 races. Bob Tullius won the Category 1 Drivers’ Championship with 189 points and Jaguar won the Manufacturers’ Championship. 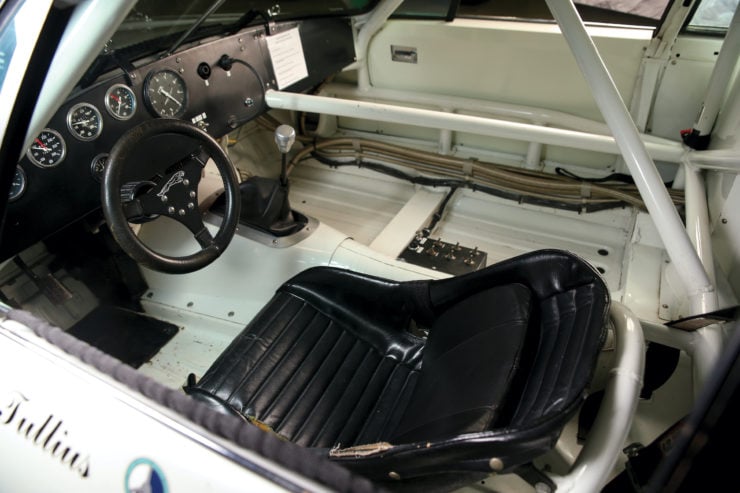 That 1978 car is the one you see here, and amazingly it’s still wearing its original livery from the season. Tullius must have had a soft spot for the car as he kept it for 30 years after that 1978 season, finally selling it to marque collector Gary Bartlett in 2007.

Bartlett commissioned Jaguar expert Chris Keith-Lucas in England to mechanically restore the car, including a comprehensive engine rebuild, being careful to keep the car’s originality in place. In March 2009 the XJS won the FIVA award at the Amelia Island Concours d’Elegance, and in August 2011 it was displayed at the Rolex Monterey Motorsports Reunion at Laguna Seca. Two years later the Jaguar received certification for major events with an FIA Historic Technical Passport and a FIVA card.

The car is now due to cross the auction block with RM Sotheby’s in the first week of March at Amelia Island, it’s being offered with no reserve and you can click here to read more about it. 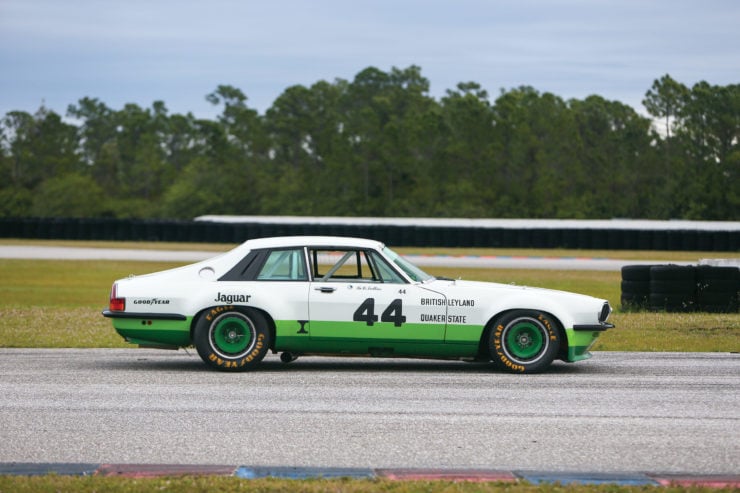 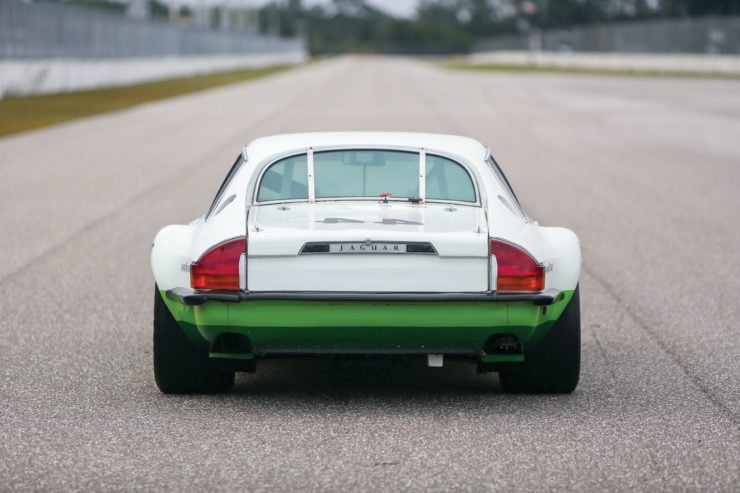 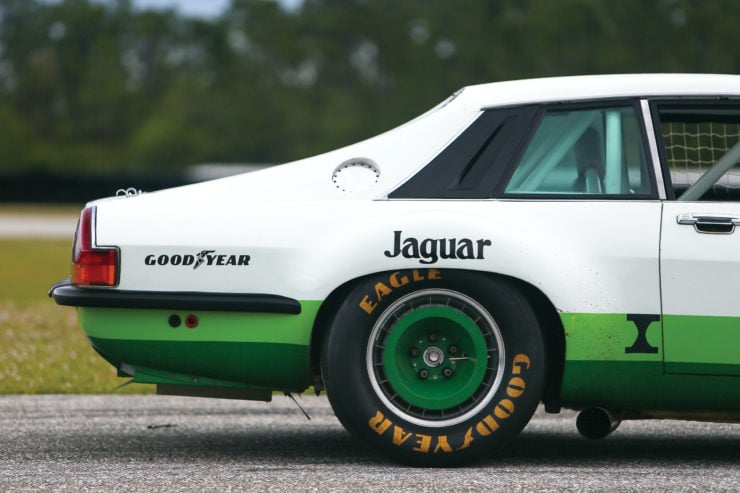 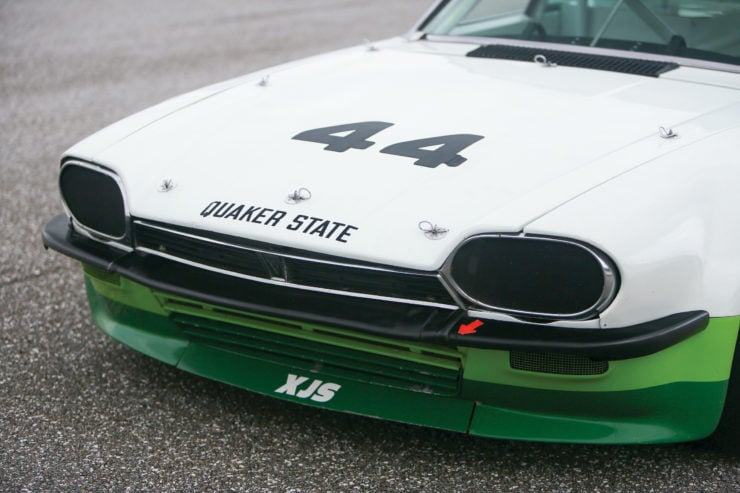 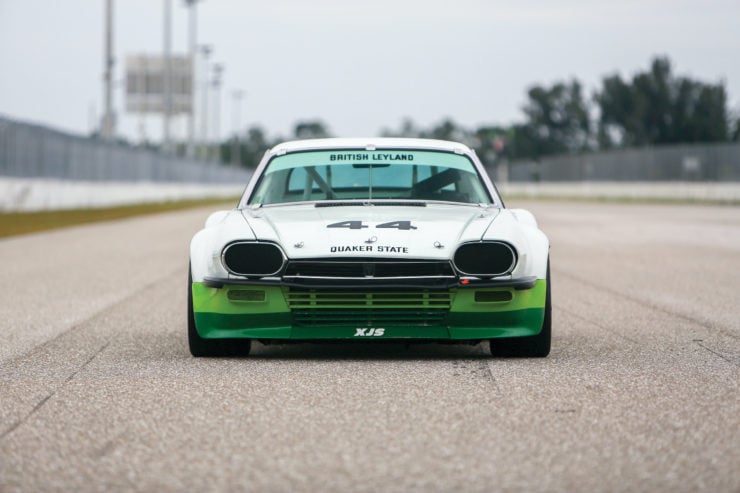 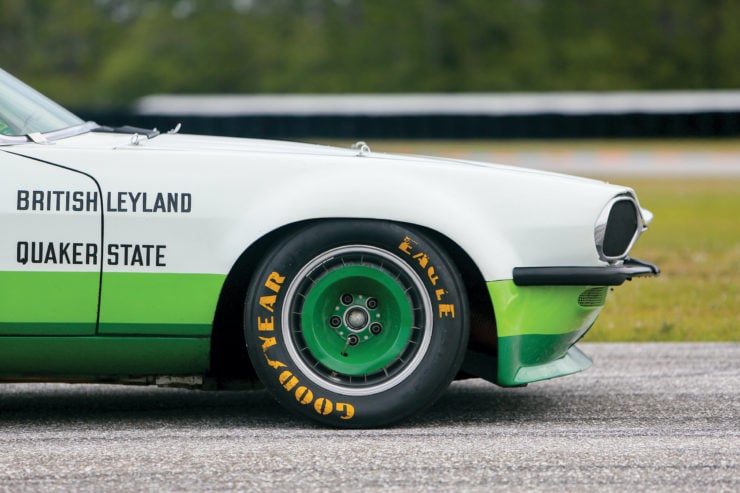 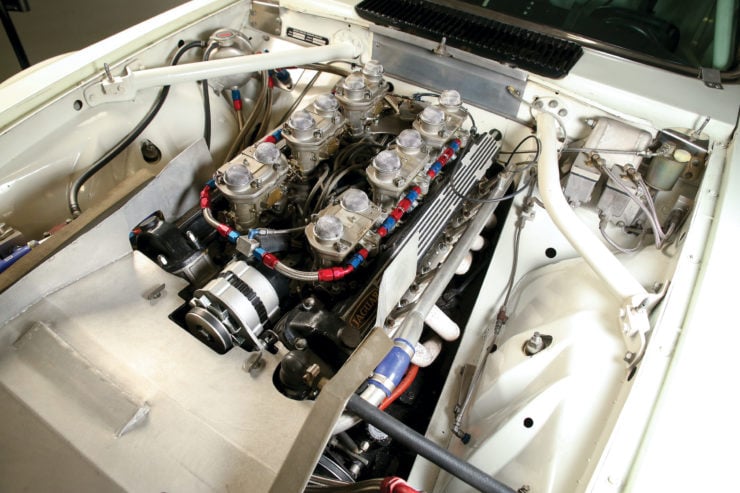 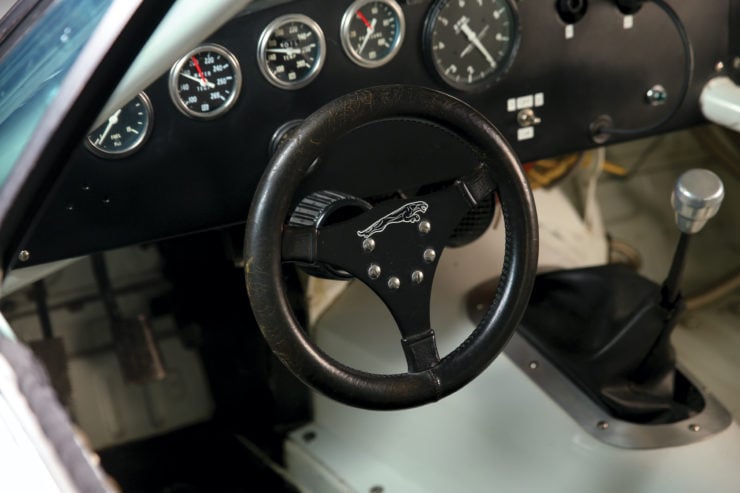 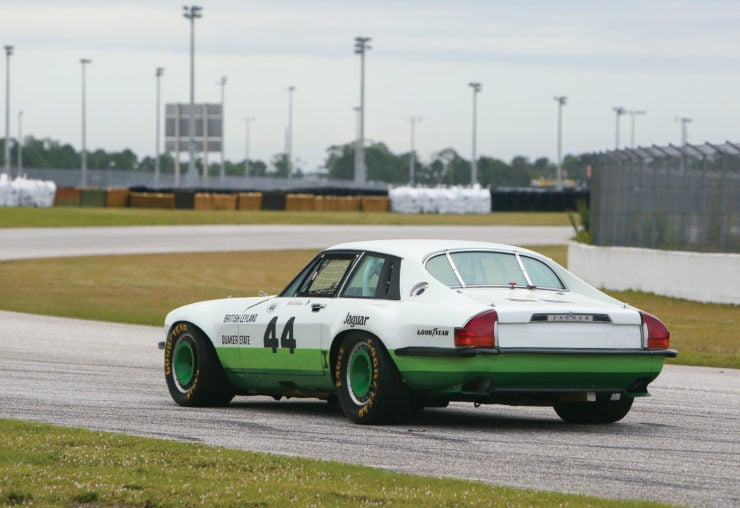 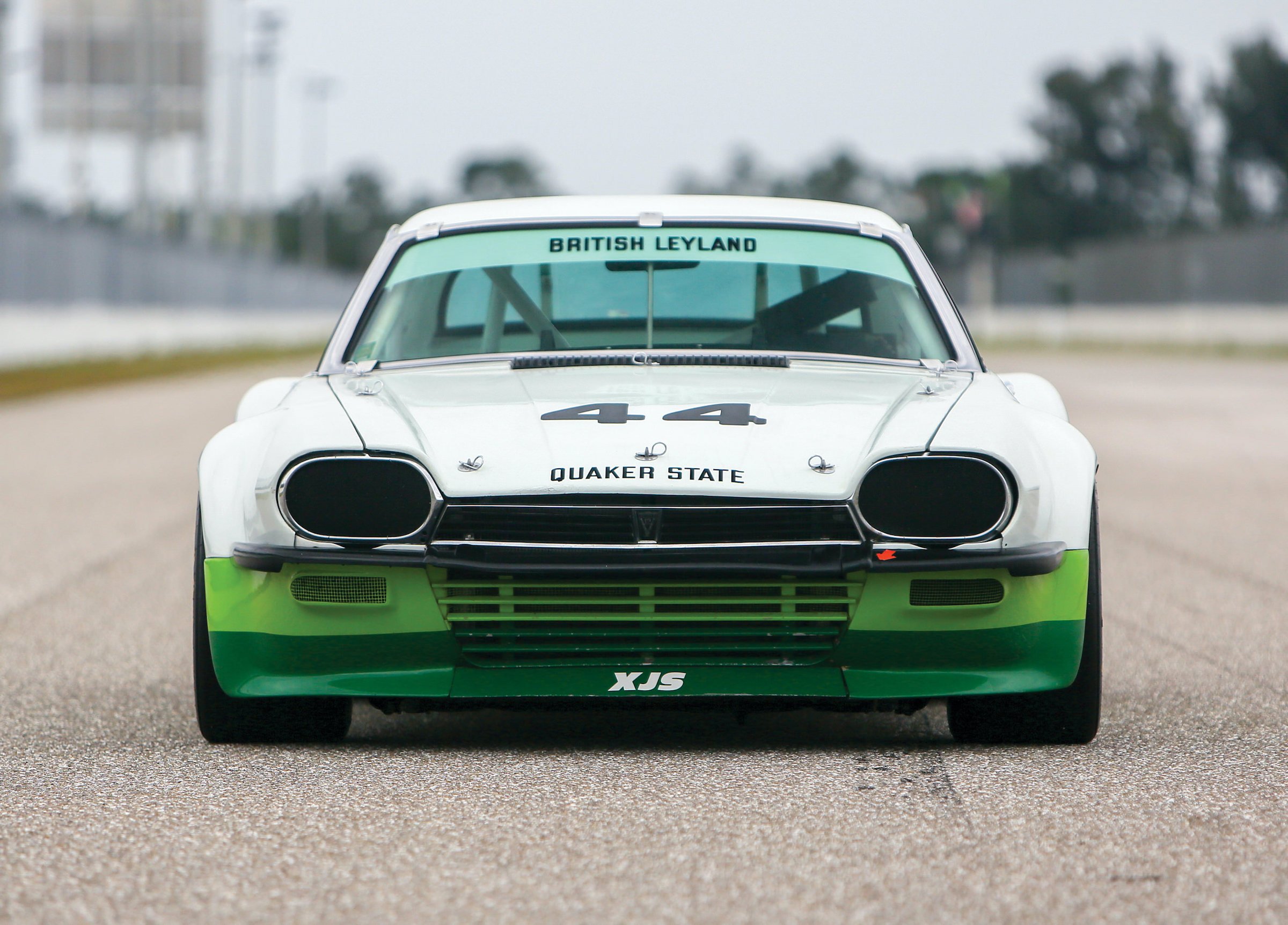