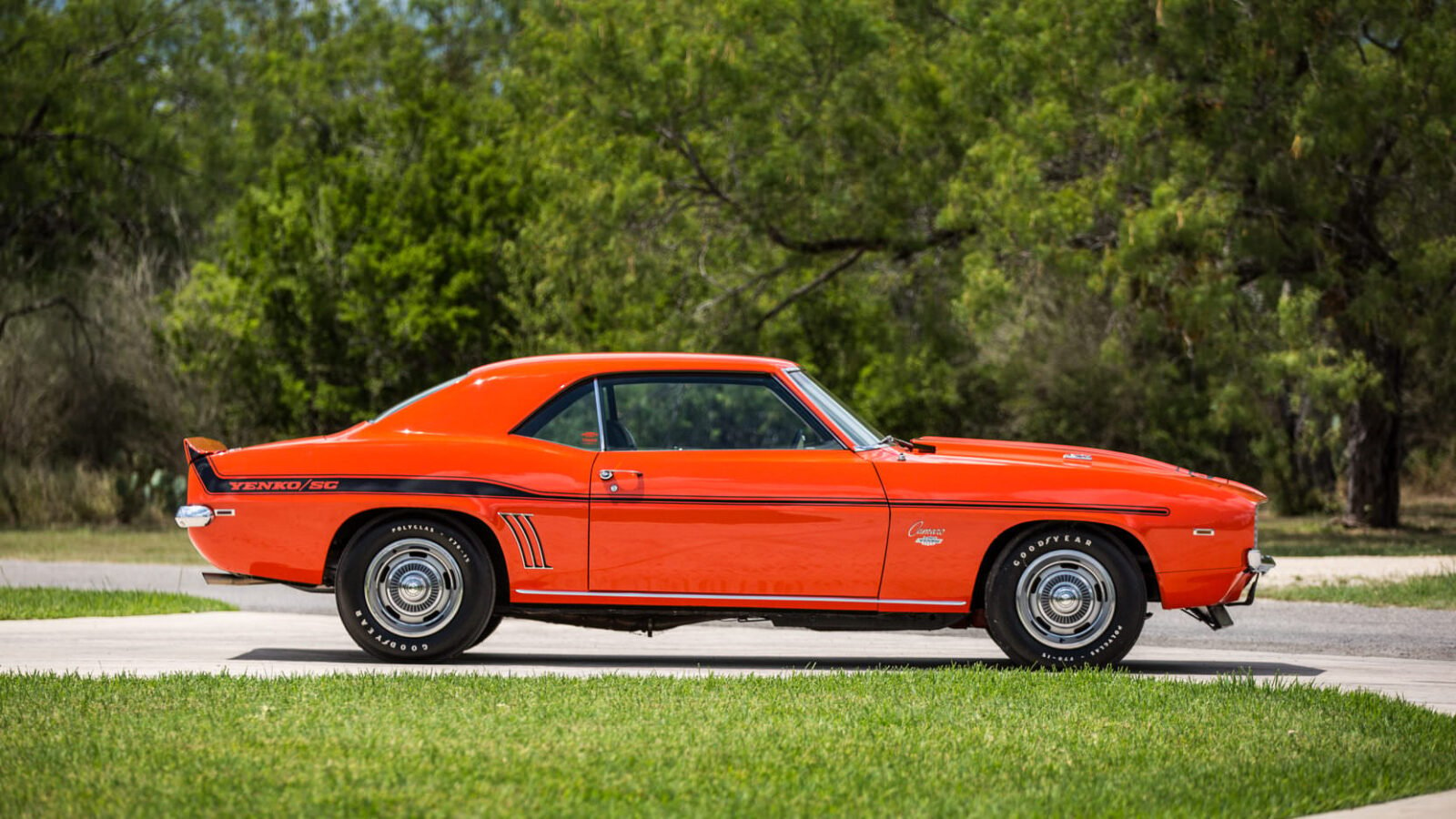 With 550+hp from a 7 litre V8 and a 1/4 mile time in the mid-10s there are few ’60s muscle cars as capable as the legendary Yenko badged Camaros. They were originally built for just 3 years in very limited numbers, and cars that have survived to the modern day trigger a huge amount of interest when they come up for sale.

A Brief History of the Chevrolet Yenko Camaro

The custom Chevrolets built by Don Yenko and his team are legendary – so legendary in fact that Chevrolet bought the rights to the Yenko name in 2009 and began selling brand new Camaros modified specifically for drag racing, bringing the iconic name back to the quarter mile.

Don ran a Chevrolet dealership out of Canonsburg, Pennsylvania. Chevrolets were in Don’s blood as his father had been a dealer before him, and so he’d grown up surrounded by generation after generation of automobiles from the American automaker.

In the mid-60s Don took a shine to the Chevrolet Corvair and began building special high-performance versions out of his dealership called the “Yenko Stinger”. These custom Corvairs proved to be popular, and they helped put the Yenko name on the performance car map – just in time for the introduction of the Chevrolet Camaro in 1966.

Don immediately realised that he could make the Camaro significantly quicker by dropping in the L72 427 cubic inch (7 litre) V8 that was used in the Chevrolet Corvette. This required an axle upgrade, as well as heavy-duty suspension, either an M21 or M22 gearbox, and a Stewart Warner pedestal-mounted tachometer to keep an eye on things. The Yenko team also fitted a distinctive fibreglass hood with twin-snorkels, a rear spoiler, and Yenko badges on the grill, front fenders, and tail. 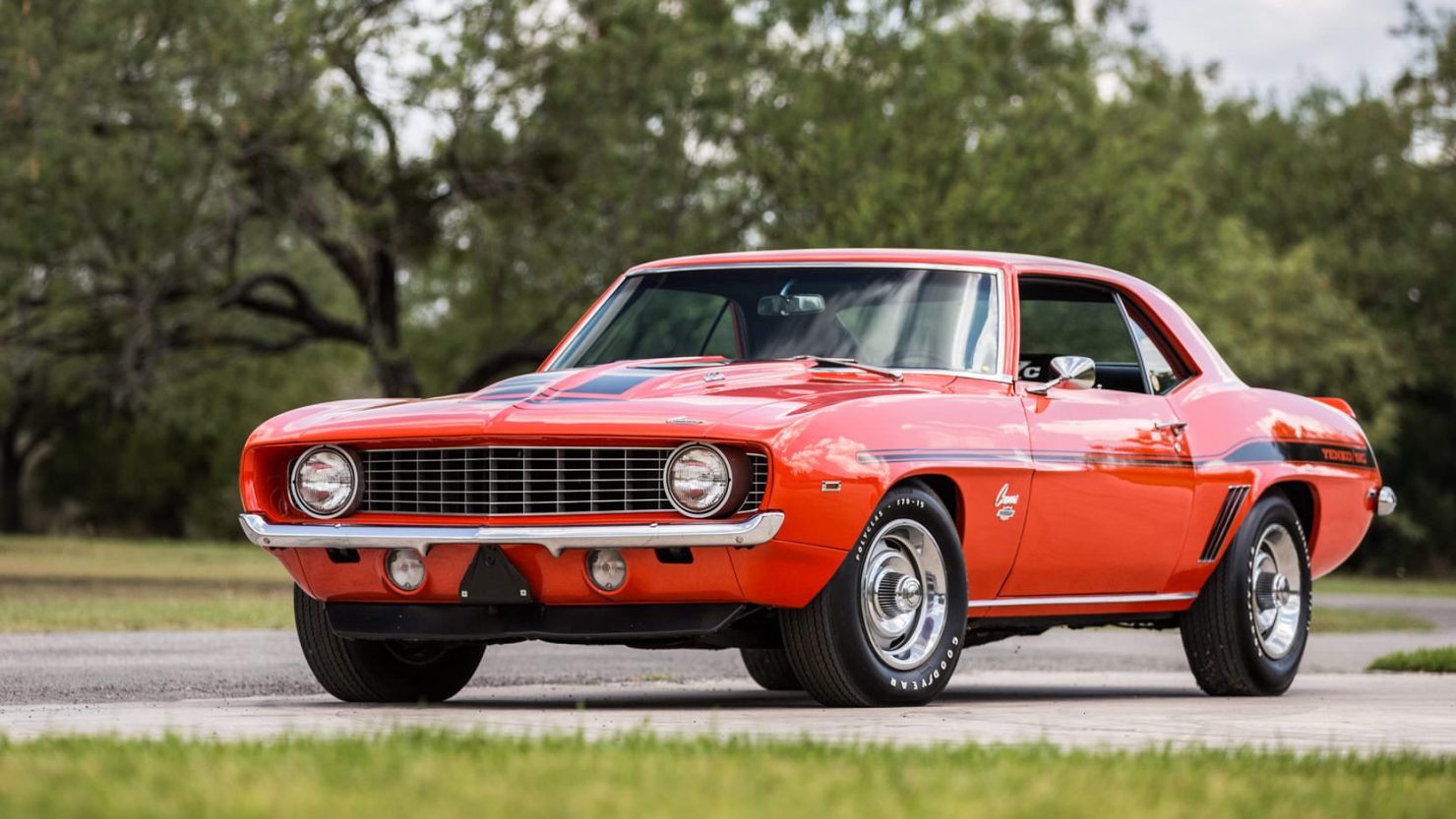 The official power figure for the Yenko Camaro was 425 hp – but this was an almost comical understatement. Showroom fresh Yenkos were dyno tested at 550+ hp, and minor modifications to the engine were rumoured to give the car over 600 hp. Those numbers are high today, but it the late 1960s they were Formula One figures, and they gave the tweaked Yenko Camaros 1/4 mile times in the mid-10 second bracket.

The positive public reaction to the early 1967 and 1968 Yenko Camaros was such that for the 1969 model year Don began using the official Chevrolet COPO (Central Office Production Order) ordering system that had been originally created to serve fleet orders for taxis, municipalities, and other bulk orders that required special parts or attention on the production line.

The fact that Chevrolet were now doing all the heavy lifting on the Yenko Camaro construction meant that more could be made – and they could be fitted with other special order parts like power disc brakes, a Positraction rear end, and either the M-21 manual transmission or the Turbo Hydramatic 400 automatic.

Over the 3 years of production, 316 Yenko Camaros were built and today it’s thought that less than half have survived. Their rarity and their raw speed mean that they attract a lot of attention from enthusiasts and collectors, with prices significantly higher than the comparable Shelby Mustangs – which were produced in much larger numbers. 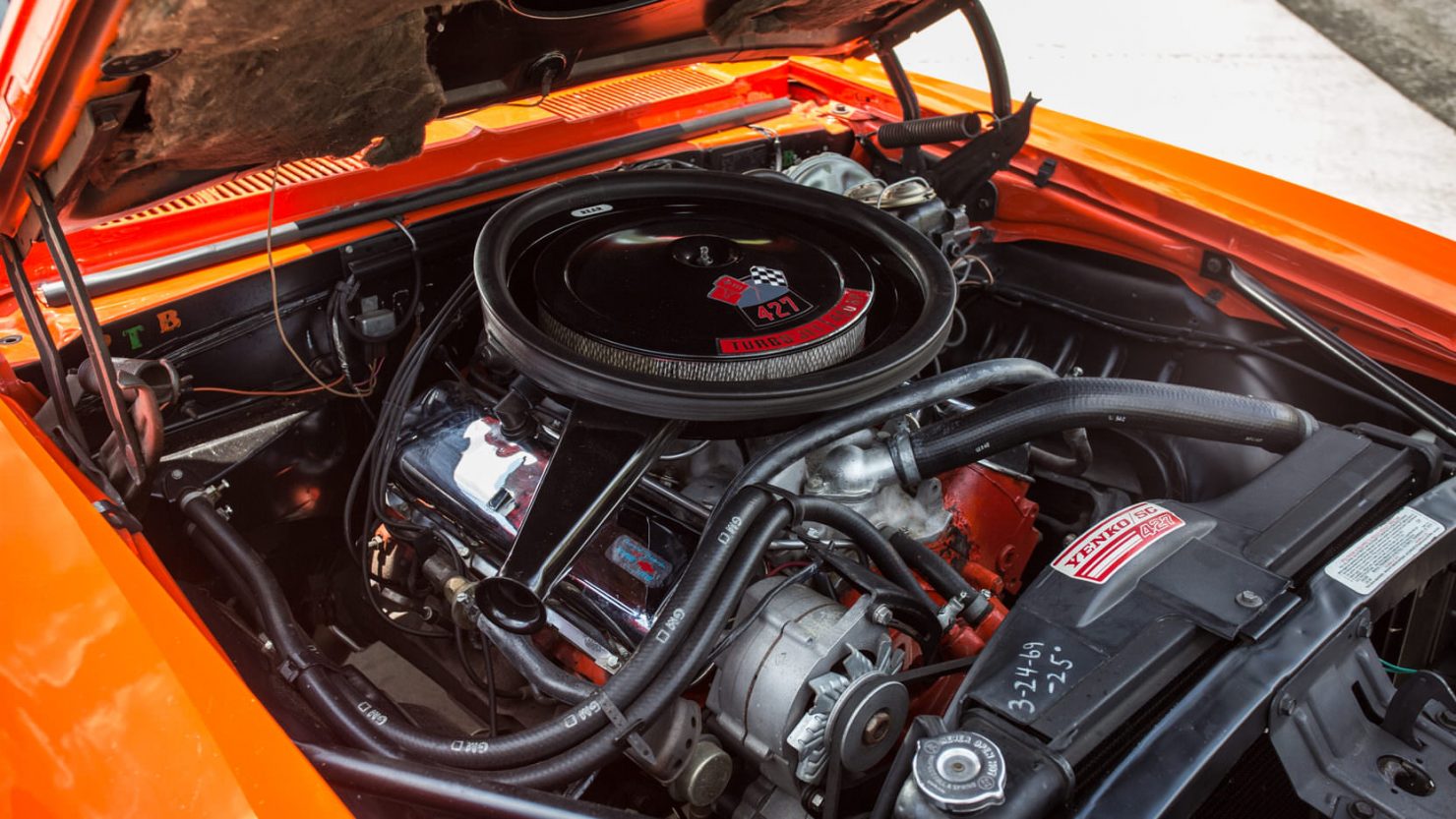 The Yenko Camaro you see here is a ’69 model in Grabber Orange with its original 427 cubic inch V8, fitted with a Winters aluminum intake manifold, and a 4-speed manual transmission. It was delivered to Francis Chevrolet in Bridgeton, Missouri and it now retains copies of the Yenko window sticker, MSO, and a copy of COPO Connection certificate.

We typically see a huge amount of interest whenever an authentic Yenko Camaro comes up for sale, this one will be selling through Mecum Auctions between the 6th and 9th of September in Dallas. If you’d like to read more about it or register to bid you can click here to visit the listing. 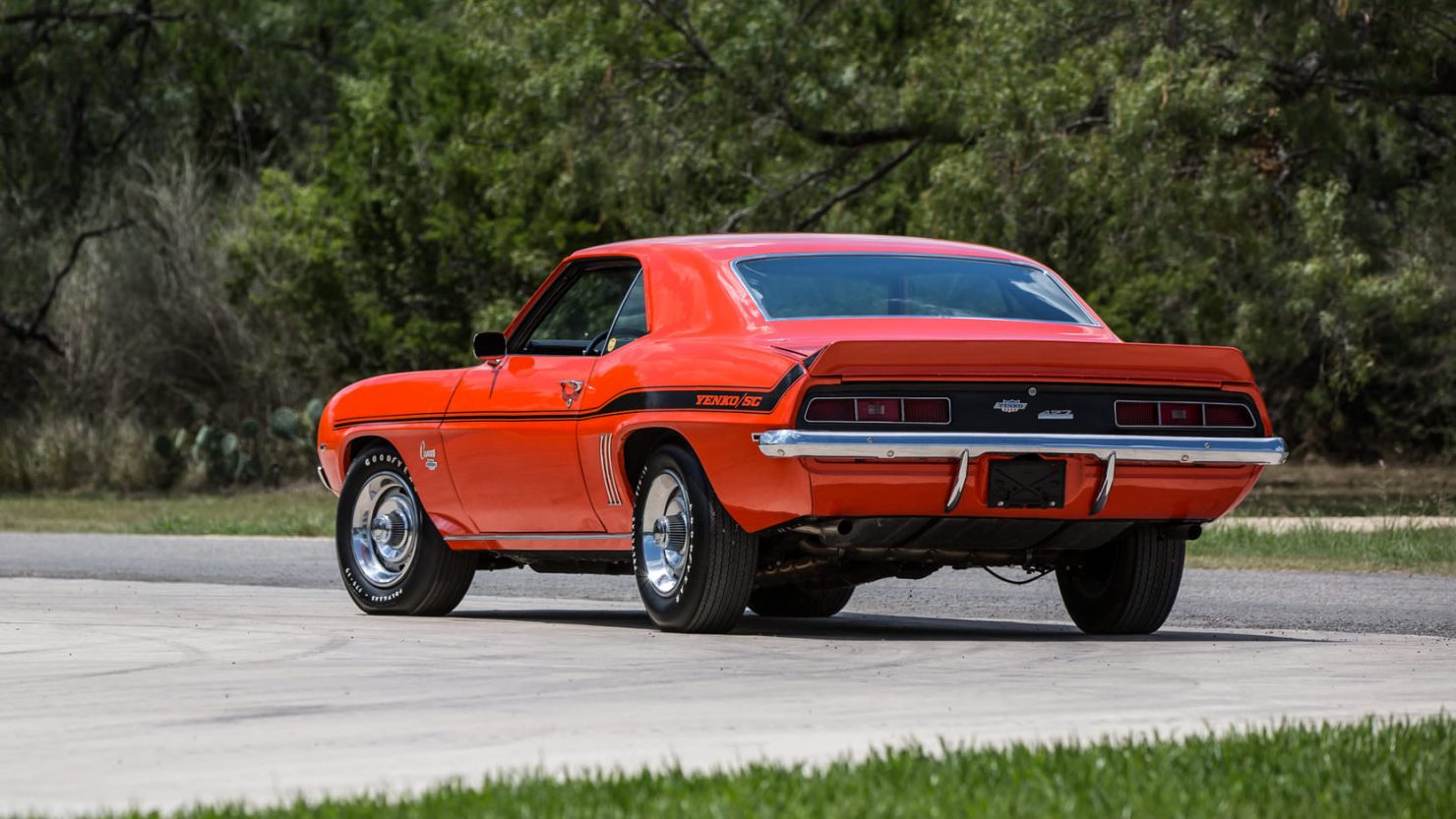 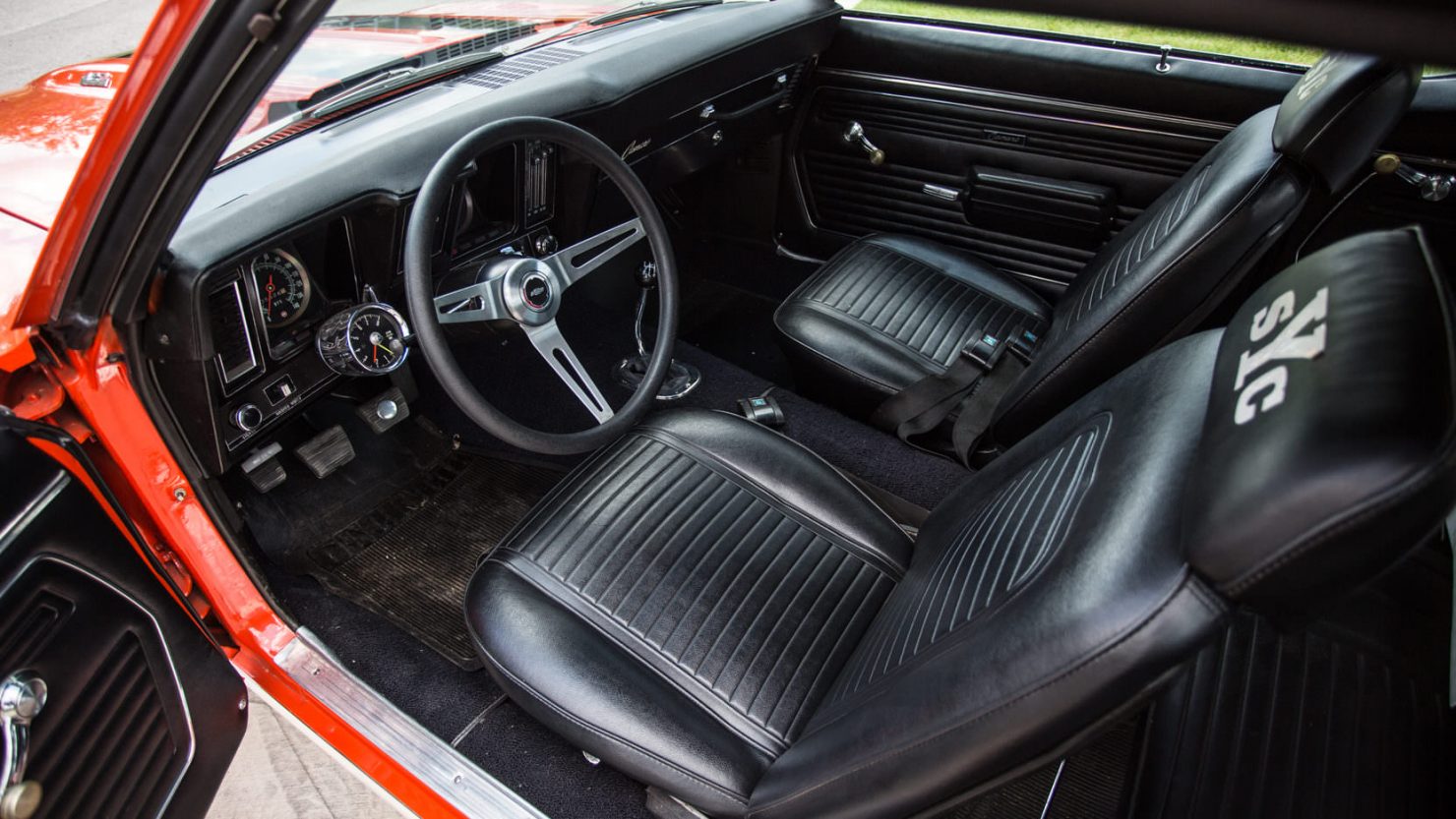 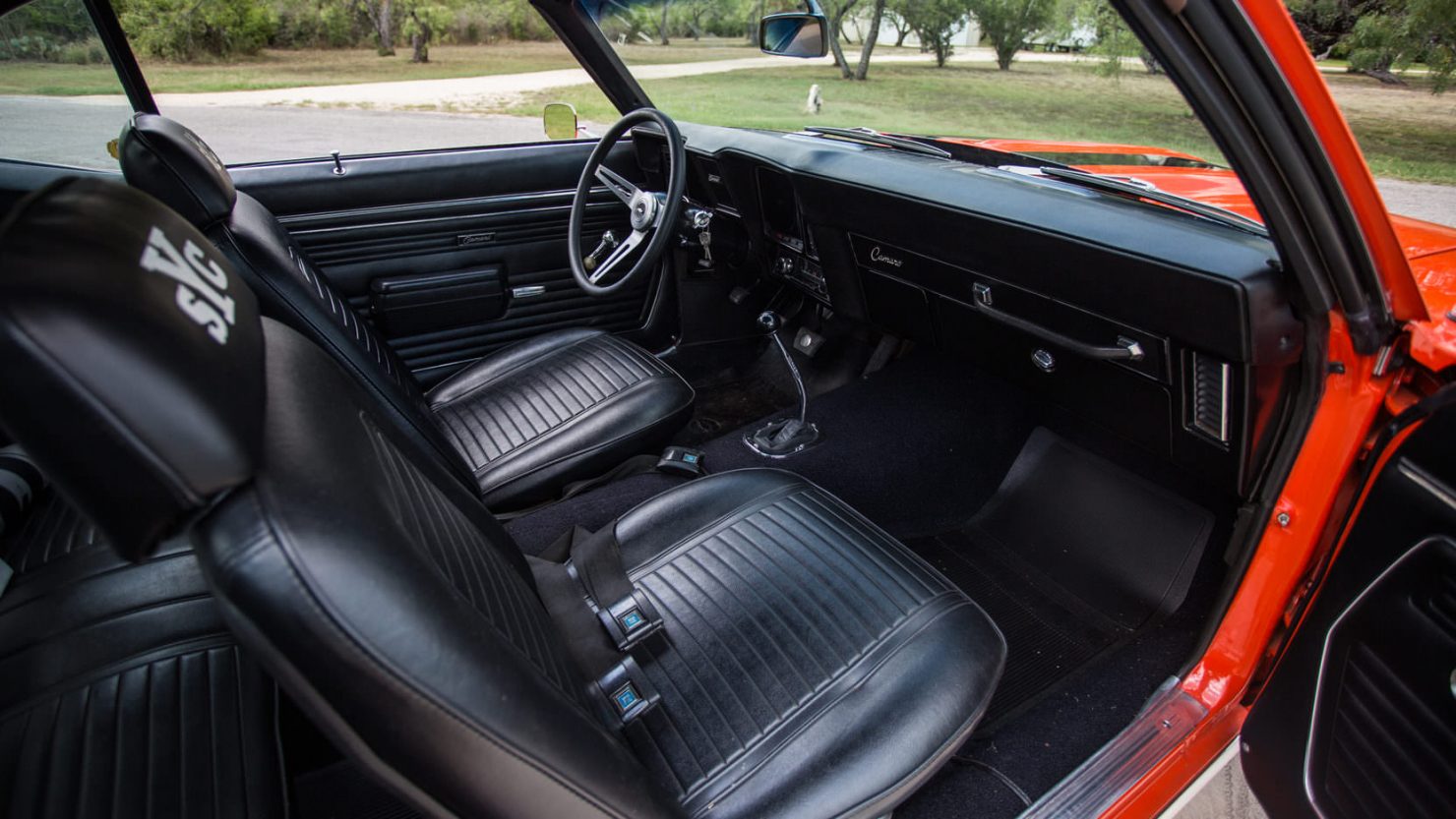 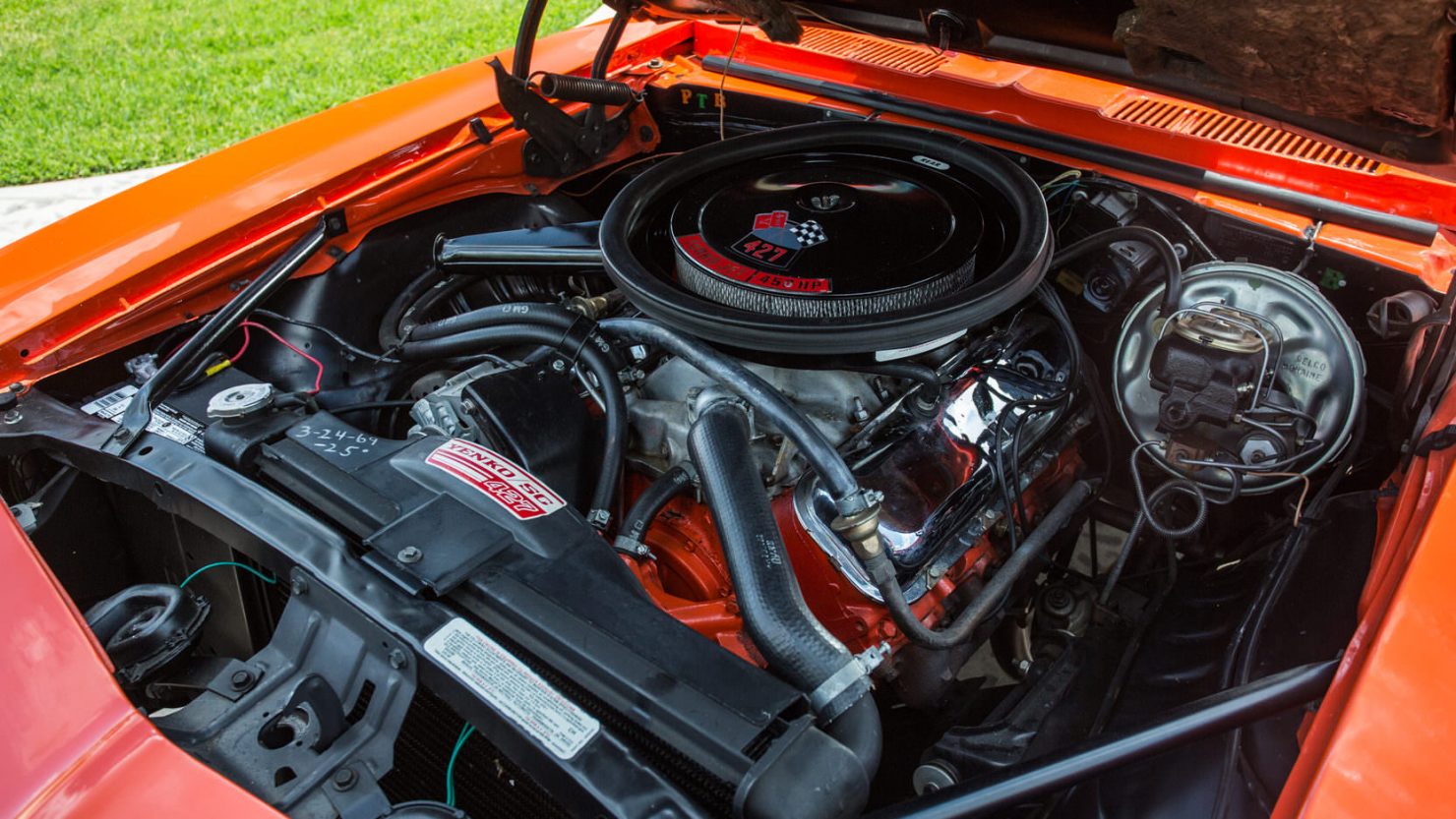 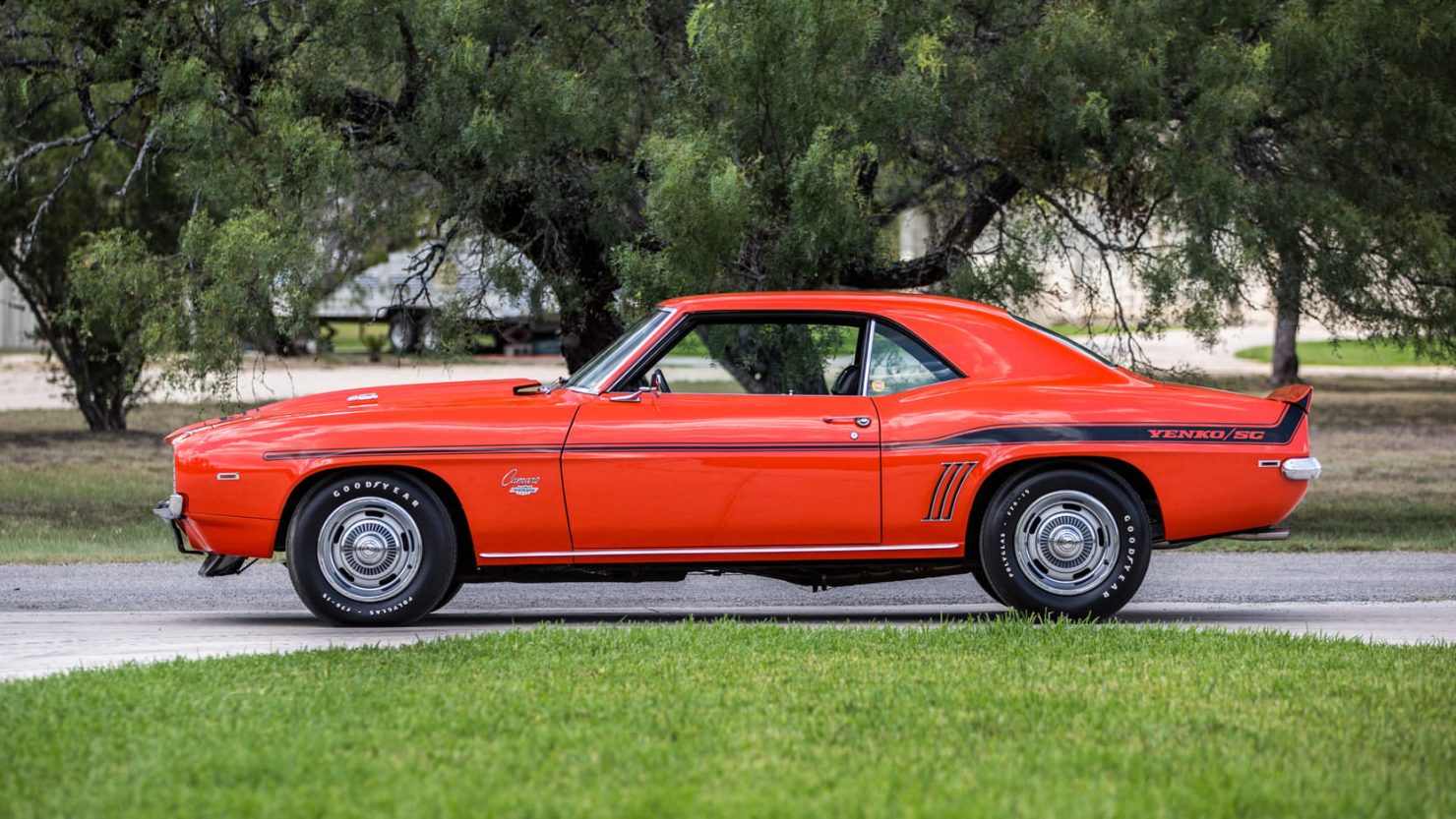 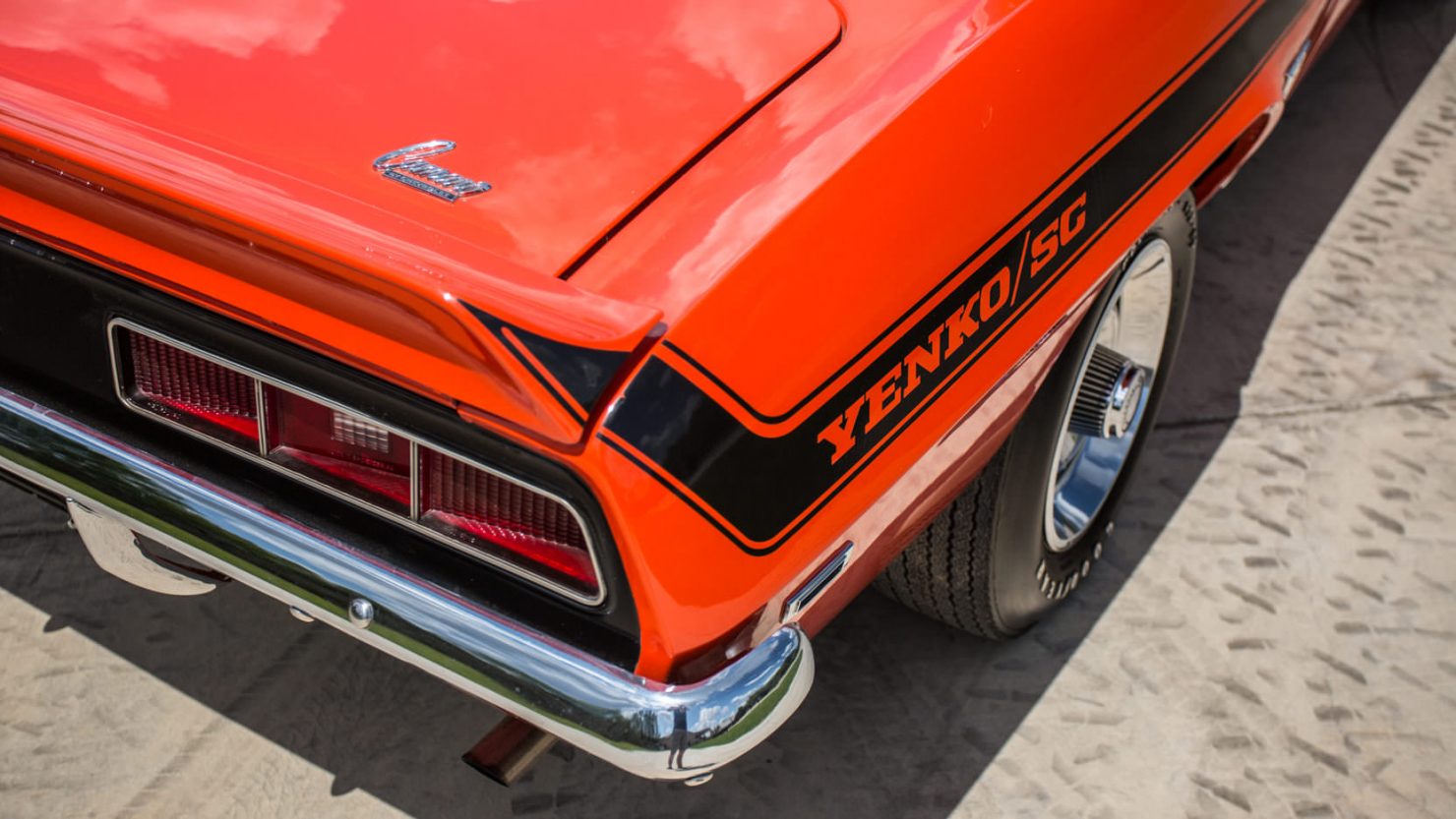 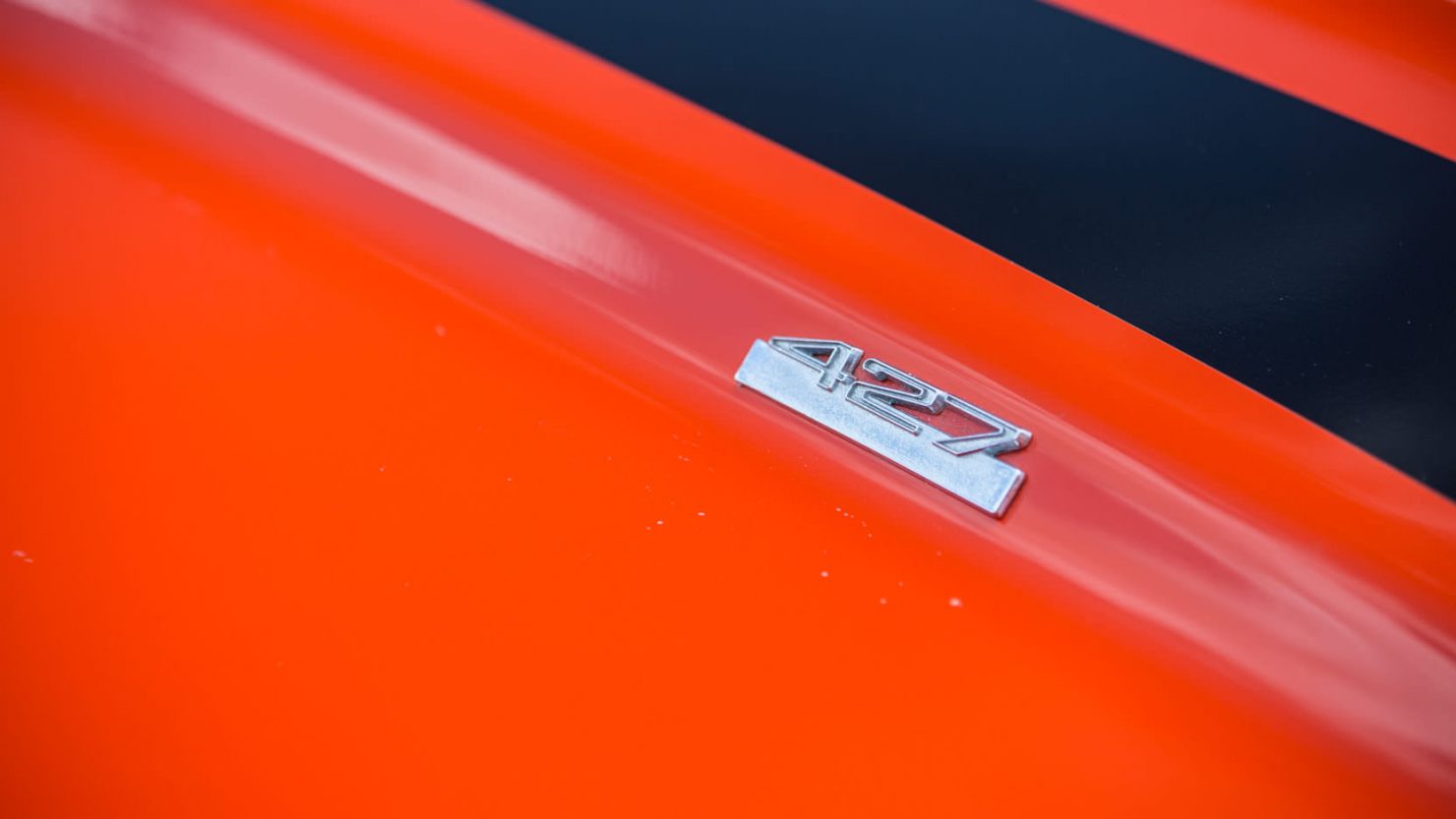 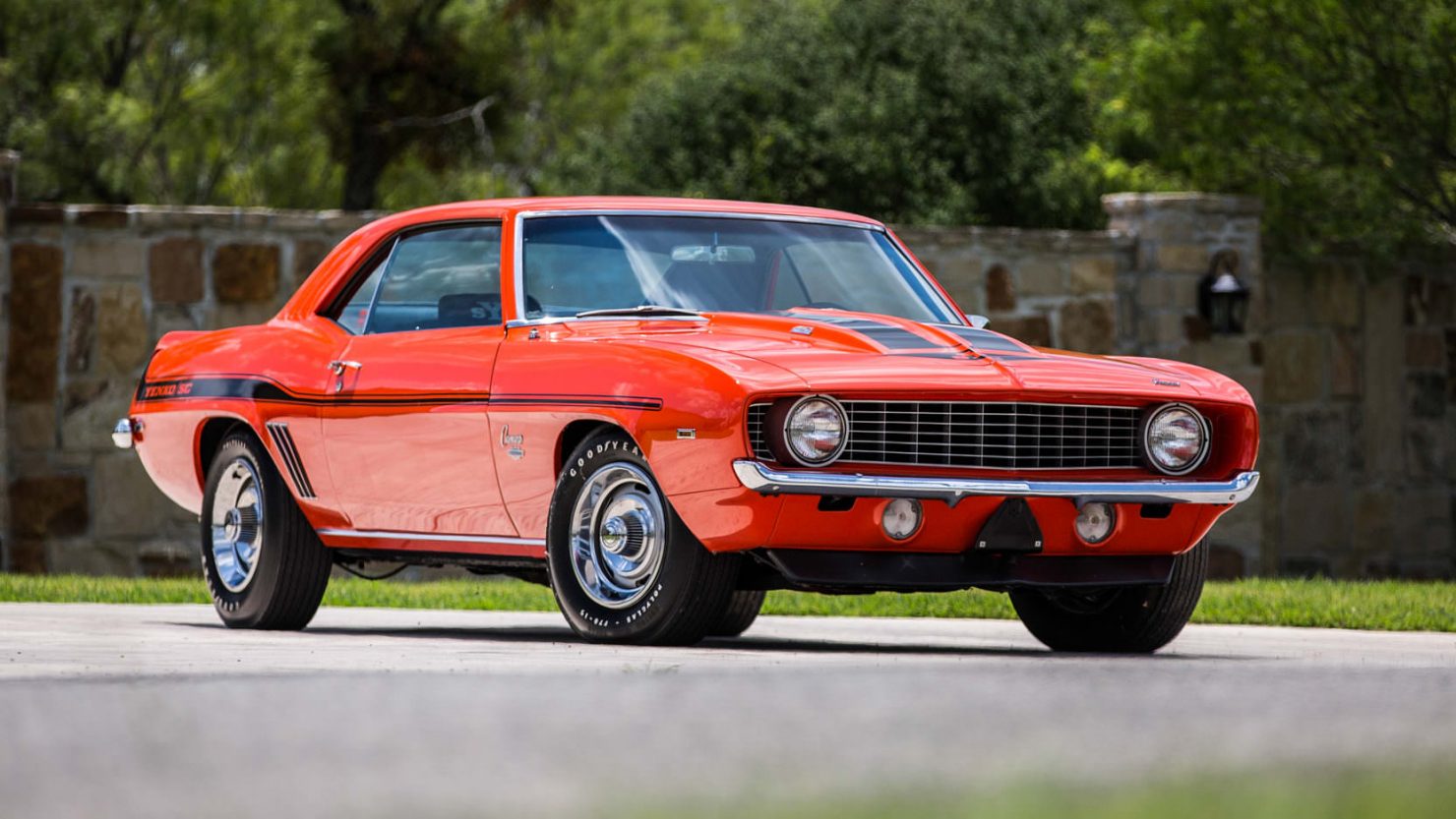 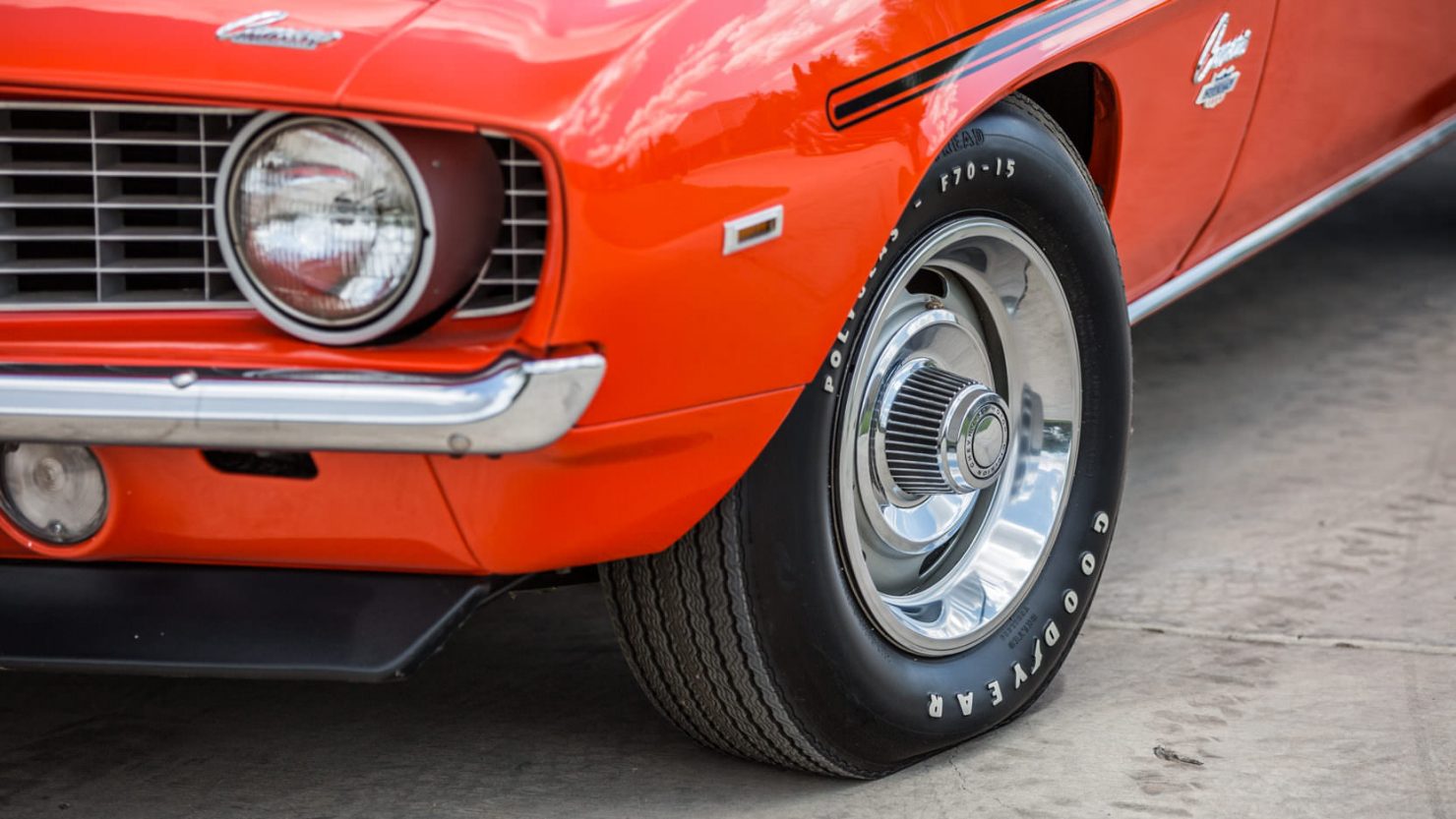 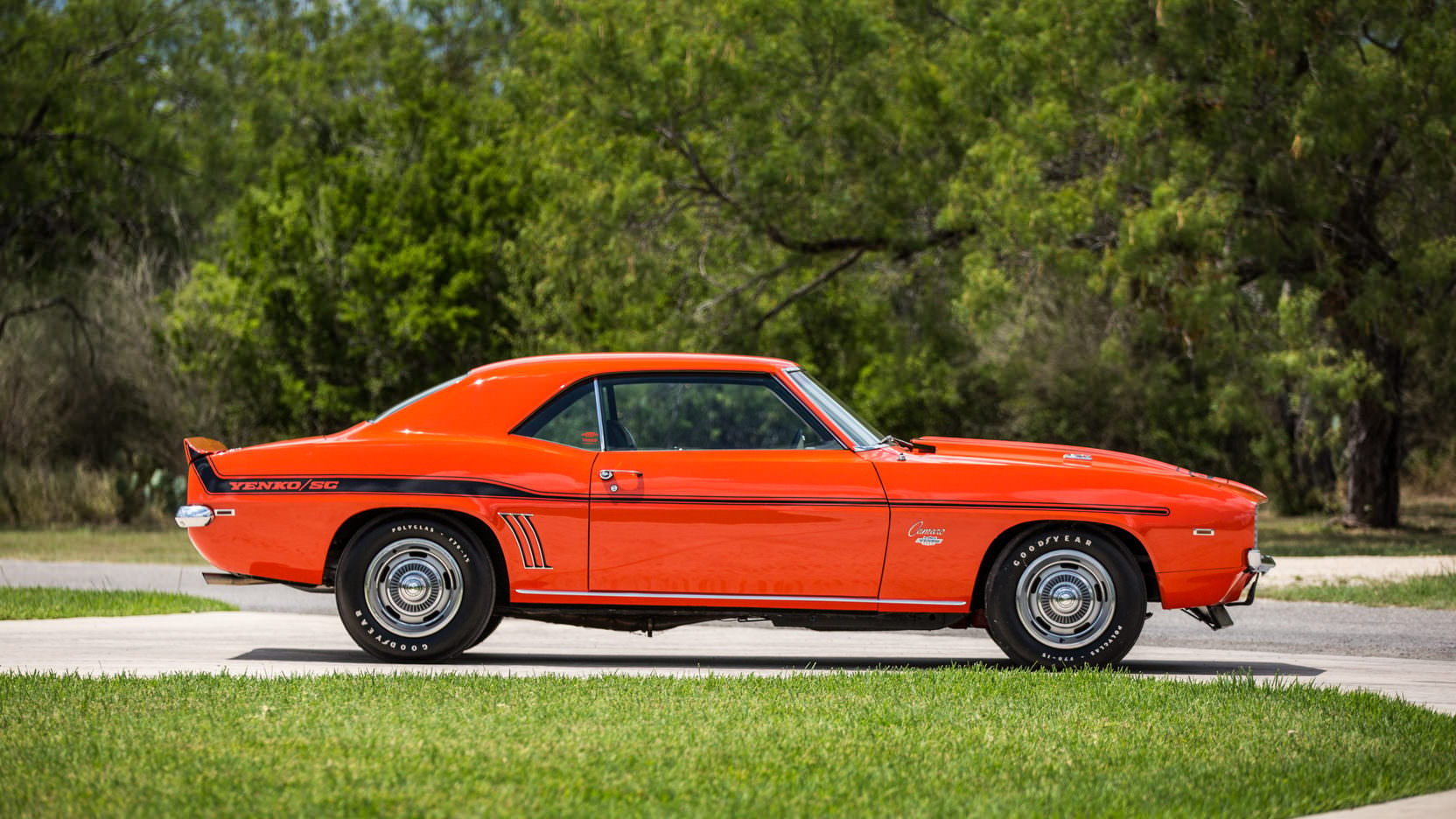