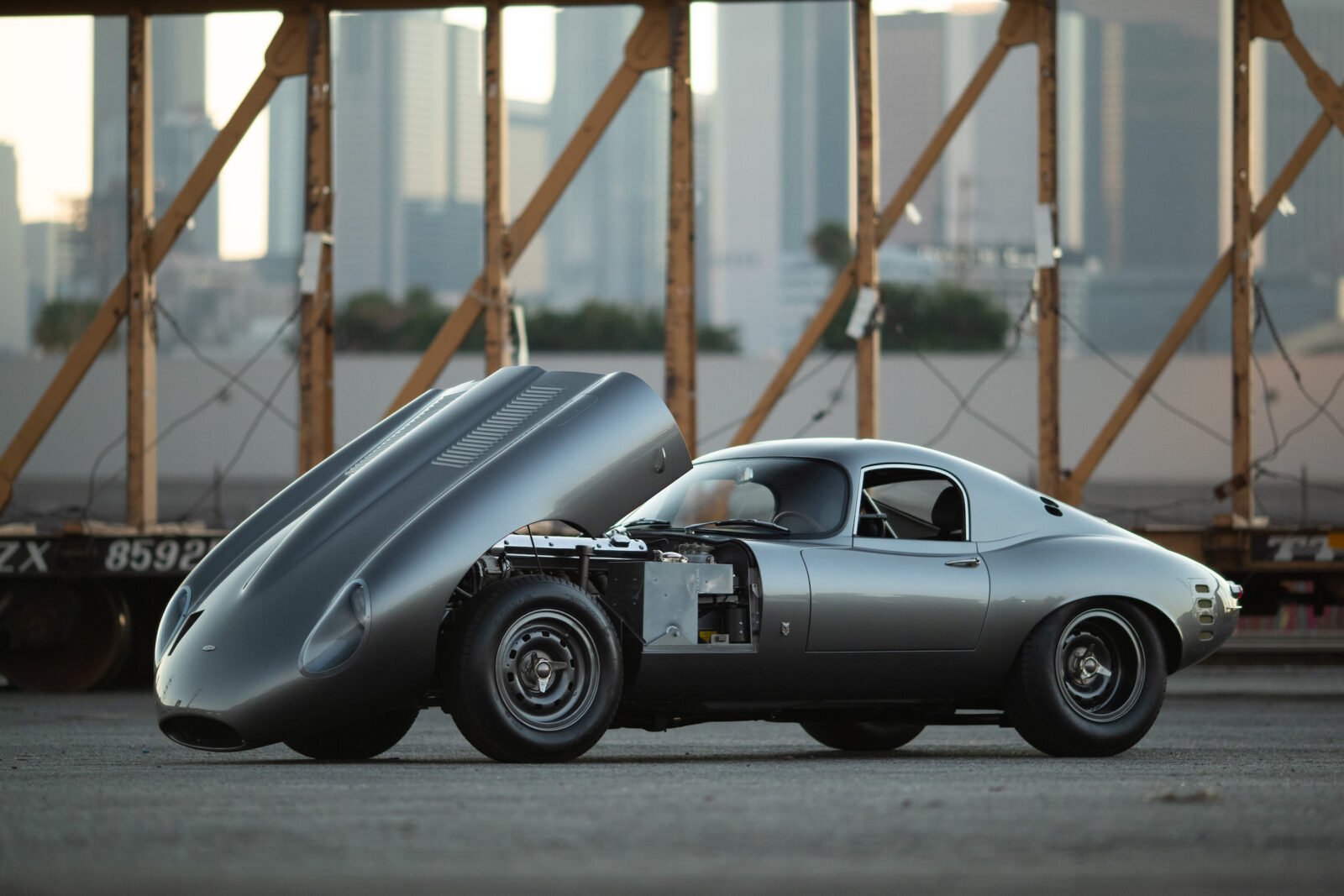 Enzo Ferrari was once quoted as saying that the E-Type was the most beautiful car in the world, and every sensible list of the best cars of the 20th century includes an E-Type, typically up near the top.

The Low Drag Jaguar E-Type you see here is the result of an 8 year long international project by Marco Diez to create a modern Low Drag based closely on the original car from 1963 known as “49FXN” after its license plate number. 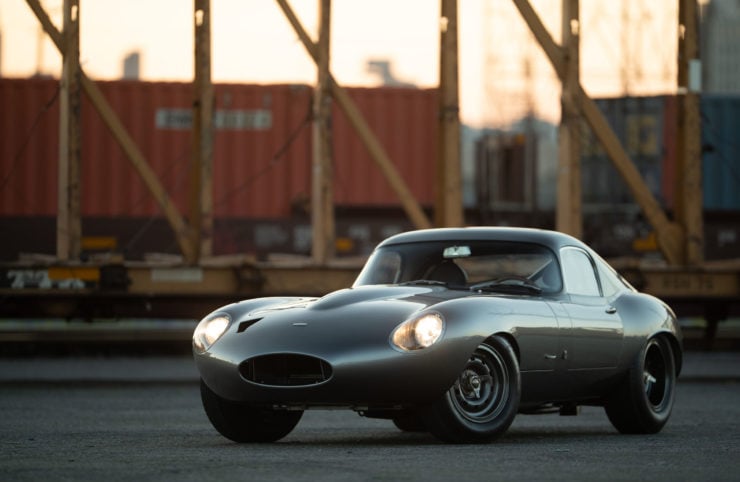 49FXN is one of the most famous Jaguars in history and thankfully, it’s been racing for 50+ years since its introduction. The development of the Low Drag body style was honed using the M1 Motorway in England as an impromptu wind tunnel – small woolen threads were attached the cars exterior and engineers in the chase car could observe the movement of the threads to determine the car’s aerodynamic efficiency.

Using this “M1 Wind Tunnel” they developed a roofline that was flatter with a higher and wider rear, this helped to both reduce drag and reduce lift.

From nose to tail the body was developed to be as slippery as possible for high speed runs down the Mulsanne Straight, an unindented side effect of this new aerodynamic body was the fact that it ended up being an aesthetically appealing design.

The Low Drag you see here was unveiled at the 2019 running of The Quail, A Motorsports Gathering, by its builder Marco Diez.

Diez managed a herculean international effort to build a 21st century Low Drag E-Type with all the visual cues and capabilities of the original, combined with luxurious leather GT interior designed for regular road use. 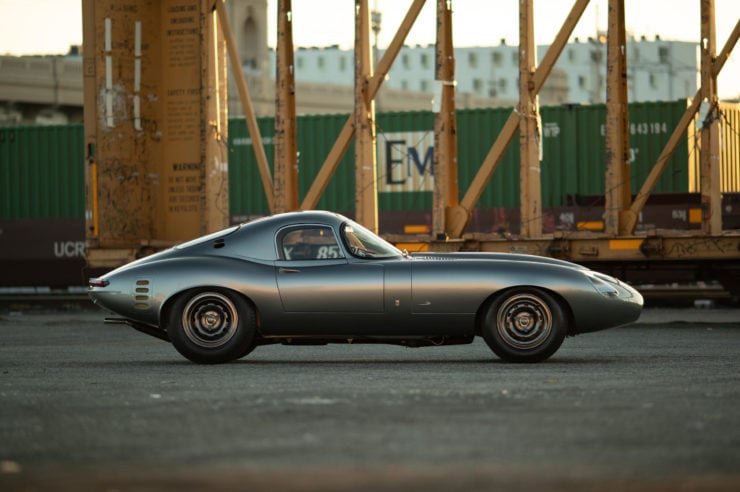 “Unveiling this car at The Quail, A Motorsports Gathering was the culmination of nearly a decade’s work. This Jaguar E-Type Low Drag Coupe has been a passion project. I believe ‘49FXN’ is the one of most beautiful automobiles ever made, so to take inspiration from that and make it my own is a dream come true.” – Marco Diez

The car was carefully built to be as the original Low Drag would have been when it was first built in 1963, with a sleek, lightweight alloy body. There is no parts list to order from for a car like this, so many parts used on OWL226 needed to be fabricated from scratch.

Diez was careful to incorporate much of the same running gear into OWL226 that was used on 49FXN, including a 3.8 litre straight-6 Jaguar XK engine with double overhead cams built by Crosthwaite and Gardiner.

The engine is fitted with a ram-air intake designed to channel a blast of air into the bespoke alloy airbox that feeds the triple Weber side draught carburettors – the same arrangement that was used on 49FXN. 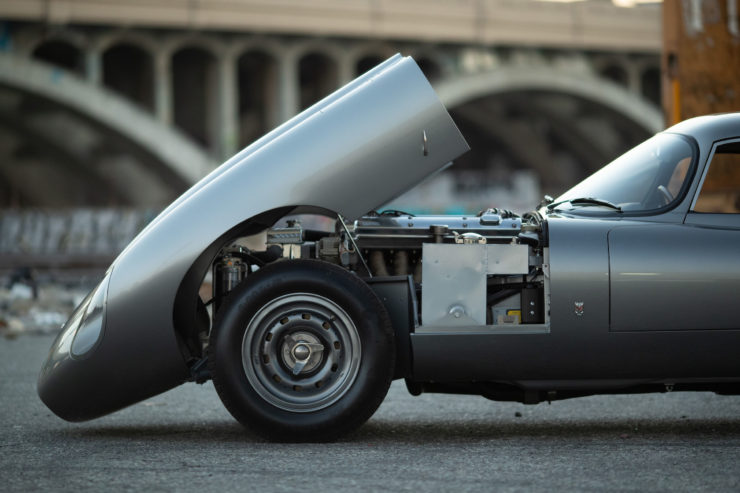 This XK engine produces 380 bhp which is sent backwards through a 5-speed gearbox into the differential and out to the wheels. The tires are fitted to D-Type inspired knock-off alloy wheels, and disc brakes are used on all four corners.

he interior of the car is the one place OWL226 differs significantly from 49FXN, it’s equipped for continental GT use, and as such its fitted with comfortable bucket seats upholstered with opulent blue leather, with matching leather on the transmission tunnel and door cards.

The dashboard has a slew of period-correct gauges providing the driver with all of the information they might need about what’s happening under the hood.

There’s a discrete custom roll bar integrated into the seat head rests for additional safety, the car also has a custom machined steering wheel and one-off A/C system to ensure the cabin remains comfortable no matter what the weather outside is doing.

This is the first vehicle built by Marco Diez Concepts and with a start like this I think it’s safe to say it won’t be the last. If you’d like to read more about the history of the Low Drag E-Types you can click here. 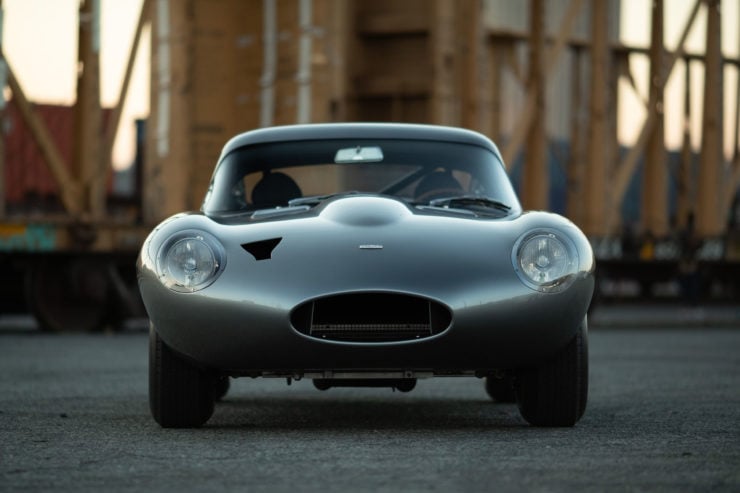 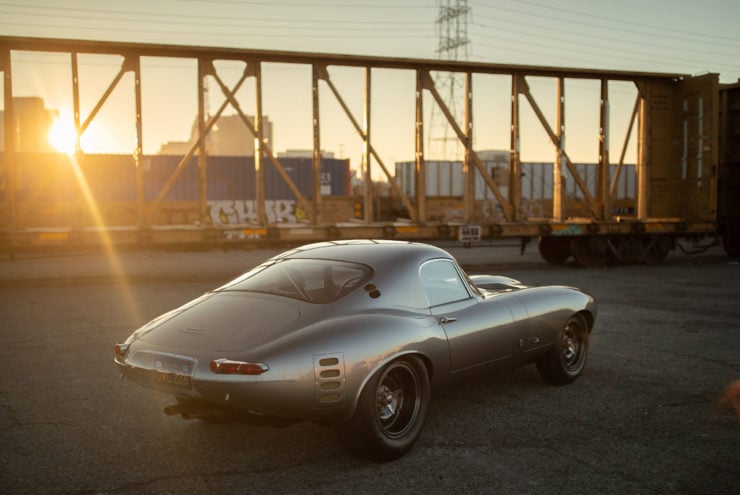 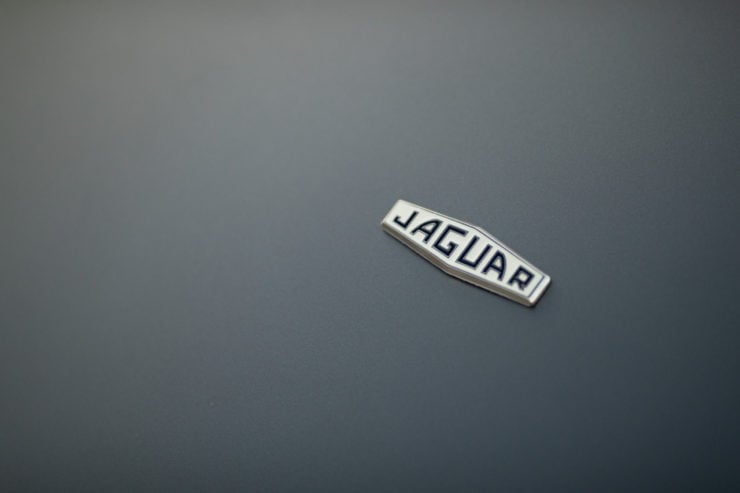 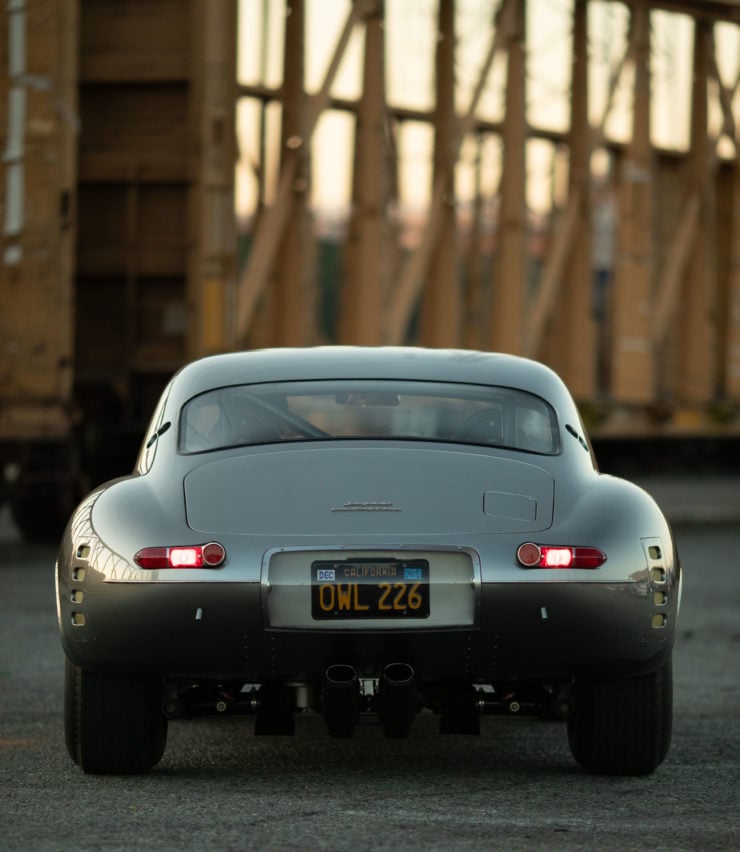 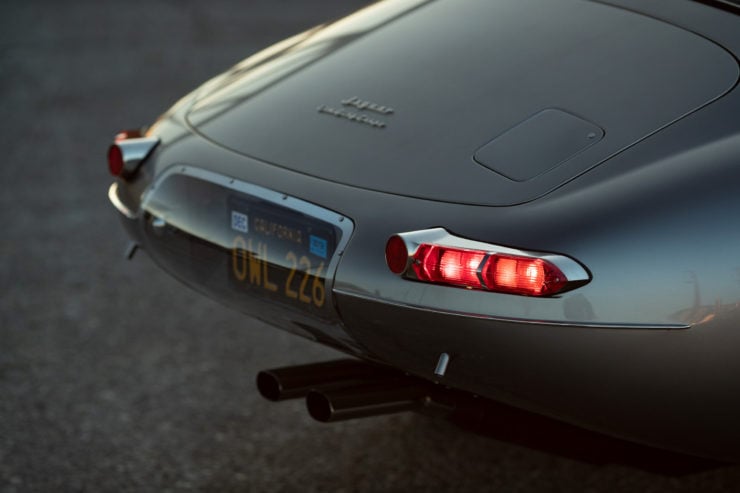 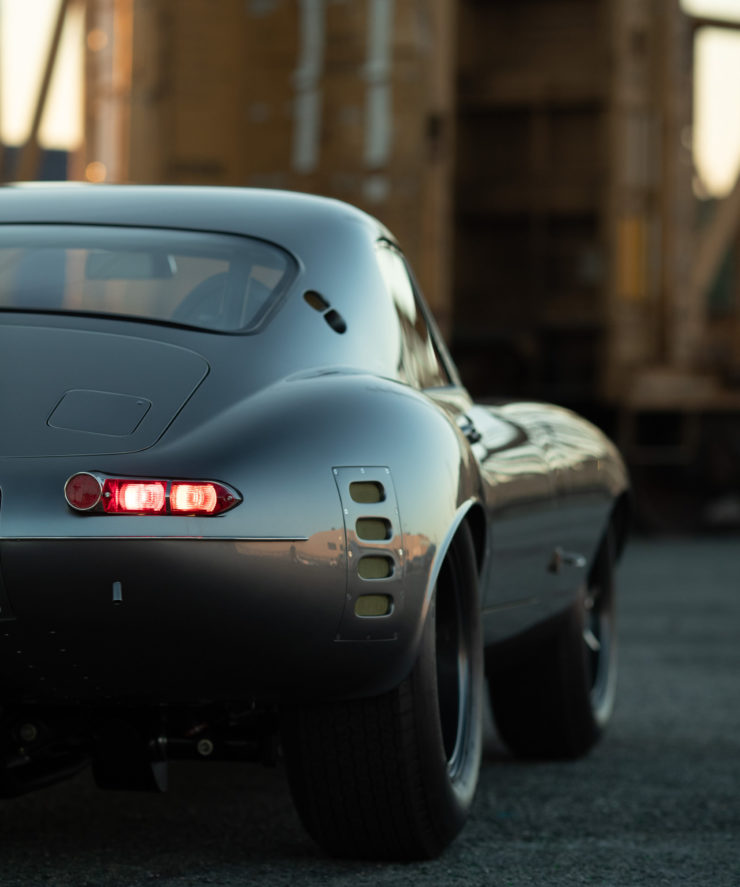 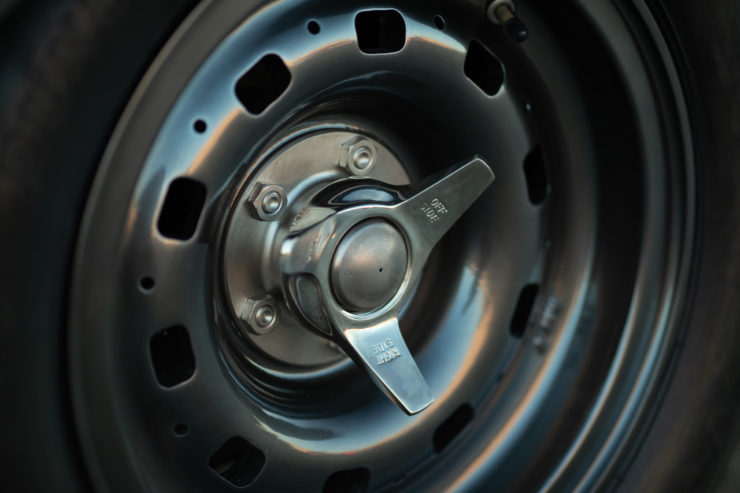 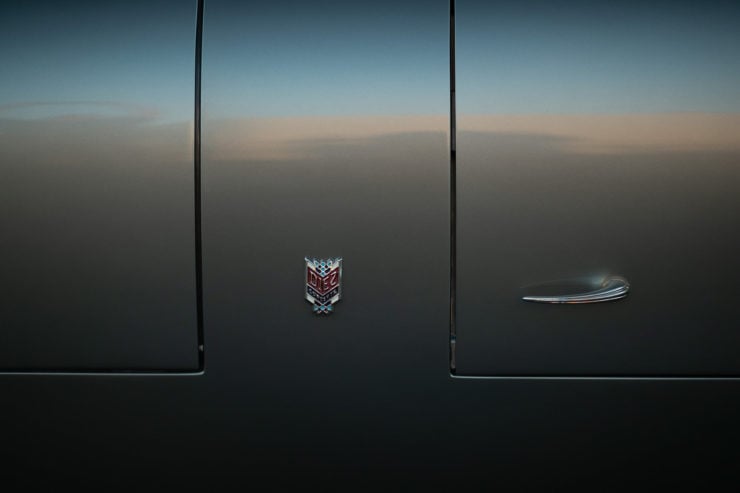 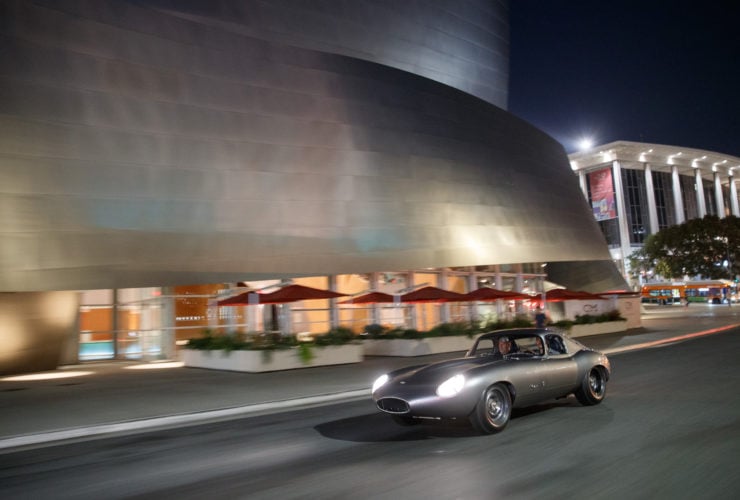 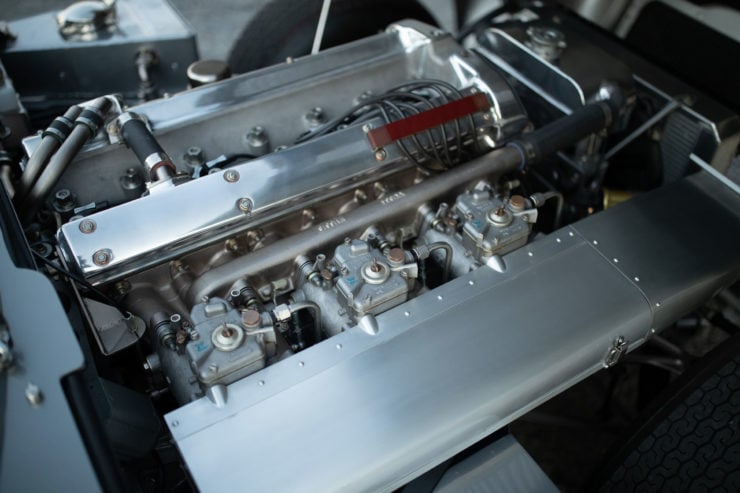 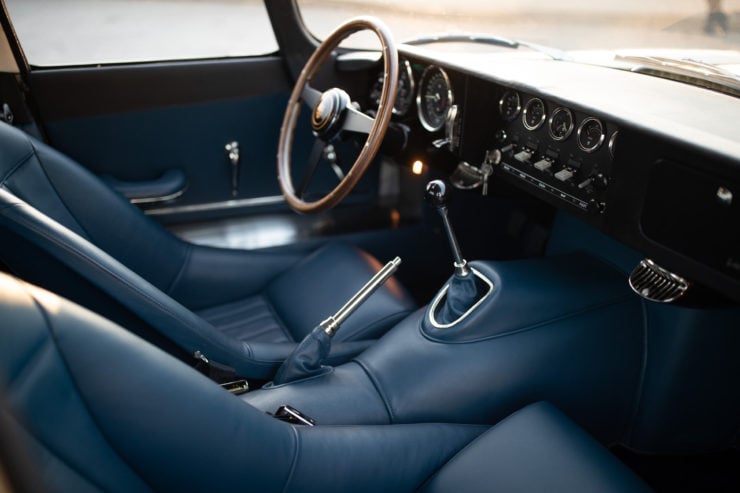 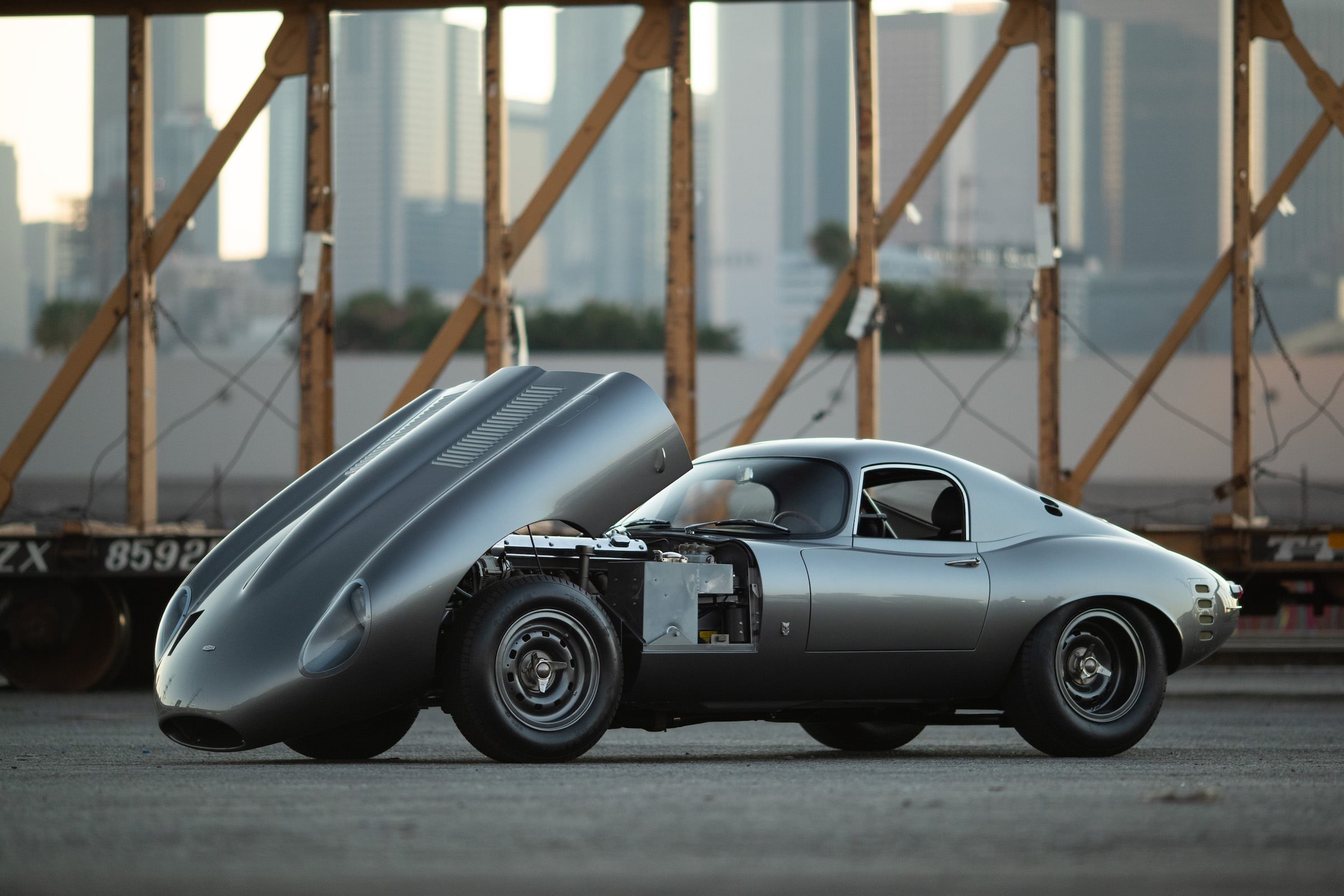