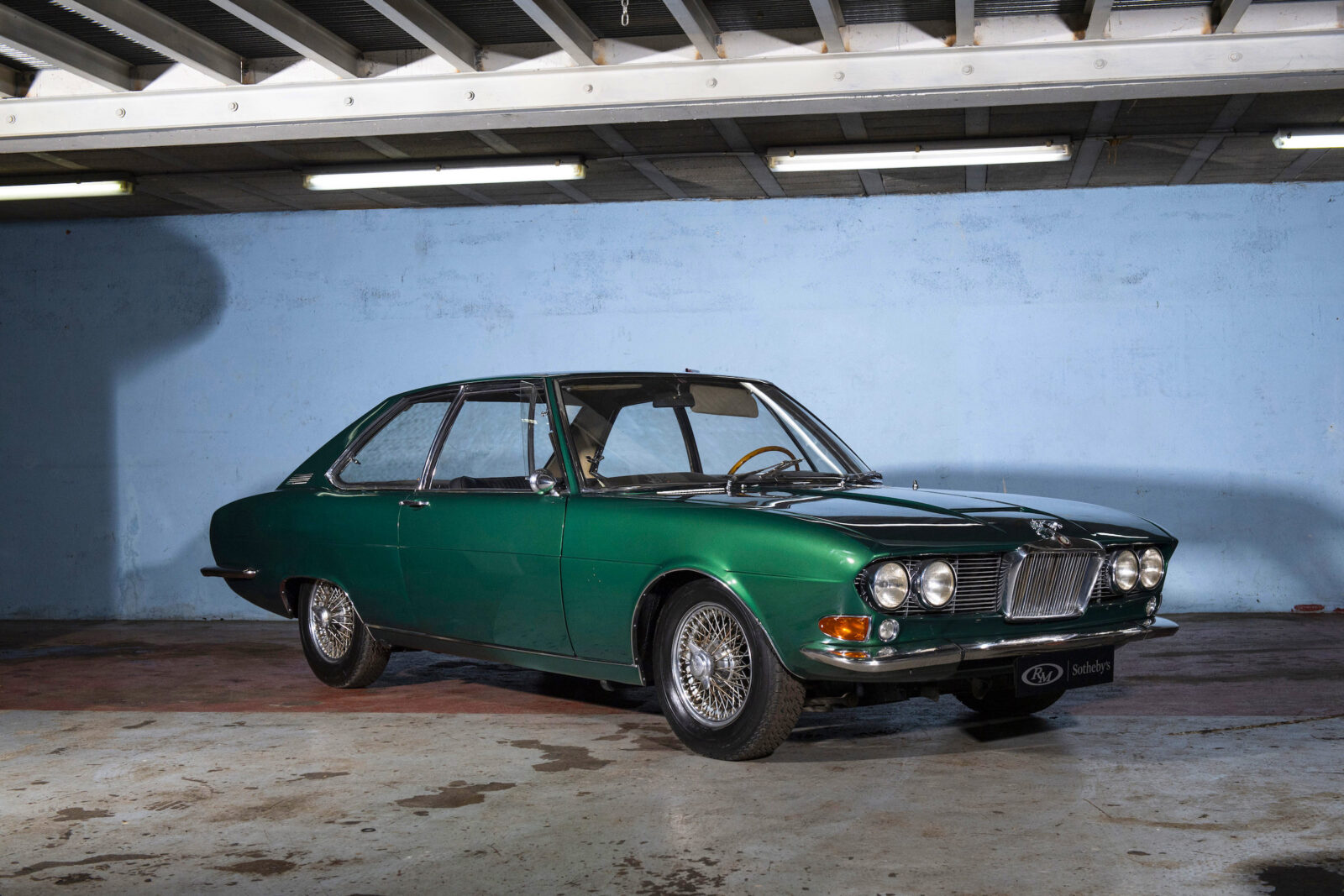 This is one of just two examples of the 1966 Jaguar FT Coupé that were ever made, the cars were the brainchild of Ferruccio Tarchini, the primary Jaguar importer for Northern Italy in the 1960s.

Tarchini’s plan had been to develop a four-seat Jaguar coupe with more modern styling, built by his fellow Italians over at Bertone. Ultimately just the first car and the car you see here were built.

When Ferruccio Tarchini had commissioned Carrozzeria Bertone to build a modern (by the standards of the time) Jaguar the design work fell to a young Italian man named Marcello Gandini, who had been tasked with filling the enormous shoes left by outgoing designer Giorgetto Giugiaro. 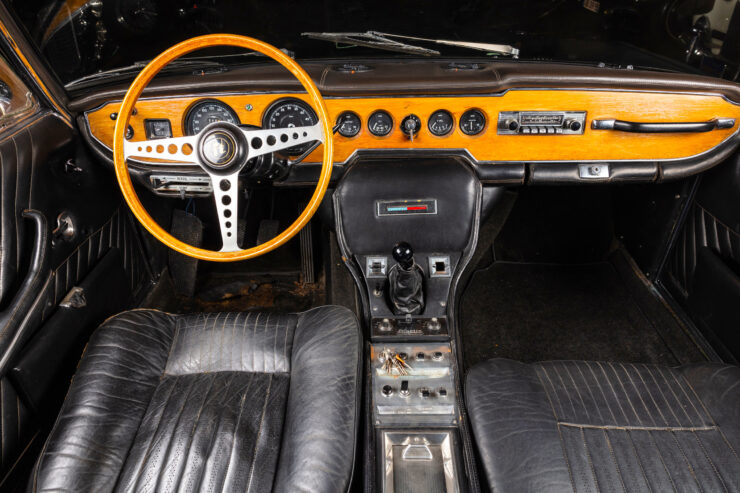 The interior of the car is instantly recognizable as a Jaguar, with the notable exception of the missing Jaguar logo on the steering wheel hub – replaced with an “FT” logo.

Although no one knew it at the time, Gandini would go on to become one of the most important Italian designers of the 20th century, rivaling the great Giugiaro himself.

The Tarchini Jaguar was one of Gandini’s first major projects with Bertone and he set to work not just to design a car, but to design an Italian-version of a quintessentially British automobile – a herculean task.

Tarchini’s plan was to offer the Bertone Jaguar for sale as a limited production model to wealthy clientele in Italy and around the world through Jaguar dealerships. Each was planned to be built using CKD (Completely Knocked Down) kits from Jaguar, with the cars built by Bertone in Italy.

Gandini’s design for the Jaguar was bold, a completely new look for the age-old British marque with sharp lines in place of the more traditional long curves. The cars were spacious inside with seating for up to five, adults, ample trunk space, and excellent visibility thanks to the acres of glass used on each of the four sides. 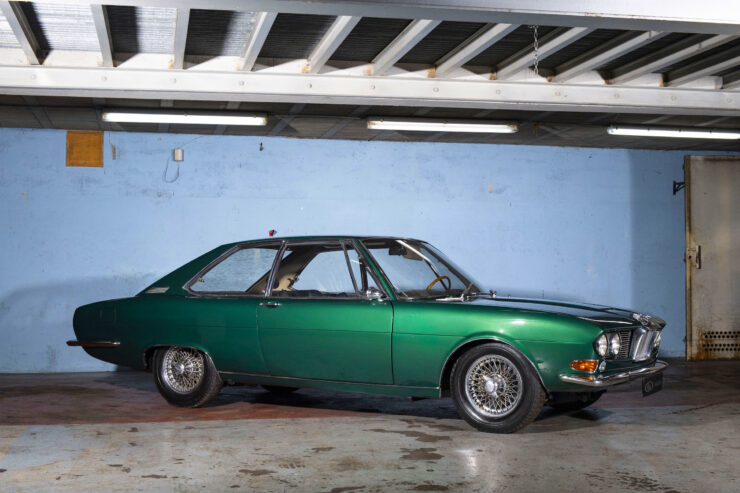 The sharp, clean lines of the car are a major departure from the Jaguars of the period. Although this particular model isn’t well know it’s relatively easy to guess that it came from Bertone.

In the 1960s and 1970s Gandini would become almost a household name thanks to his work designing major automotive icons of the age, like the Lamborghini Miura and the Countach, the De Tomaso Pantera, Fiat X1/9, Lancia Stratos, Alfa Romeo Montreal, Cizeta V16T, and many others.

The first Jaguar FT Coupé was shown at the 1966 Geneva Motor Show, reception was good enough that another example was ordered, though this would be the end of the line for the little-known British/Italian vehicle.

Both examples used the supplied Jaguar engines, transmissions, and running gear, though one was built on the S-Type chassis and the other on the Jaguar 420 series chassis. From the outside however, the two cars are difficult to tell apart.

Both Jaguar FT Coupés still exist in private collections, and the one you see here is due to be offered for sale through RM Sotheby’s on the 19th of November with a price guide of $95,000 – $115,000 USD.

If you’d like to read more about this unusual Jaguar or register to bid you can click here to visit the listing. 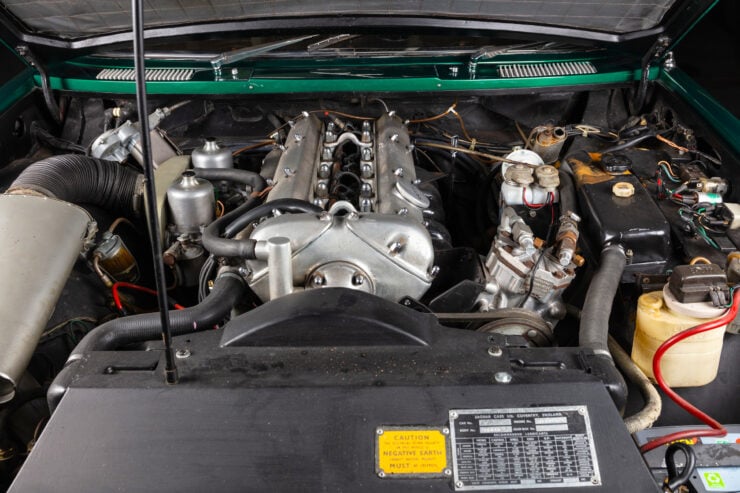 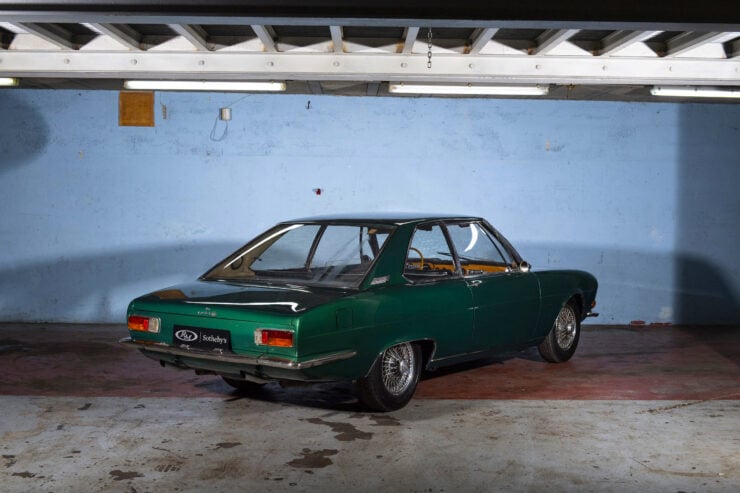 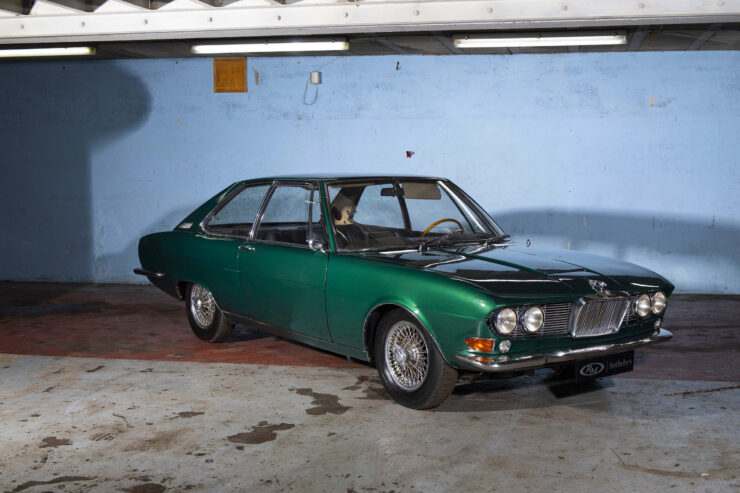 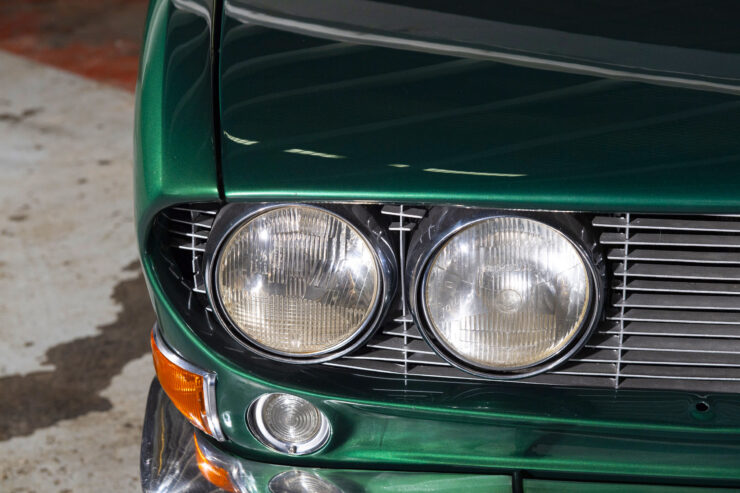 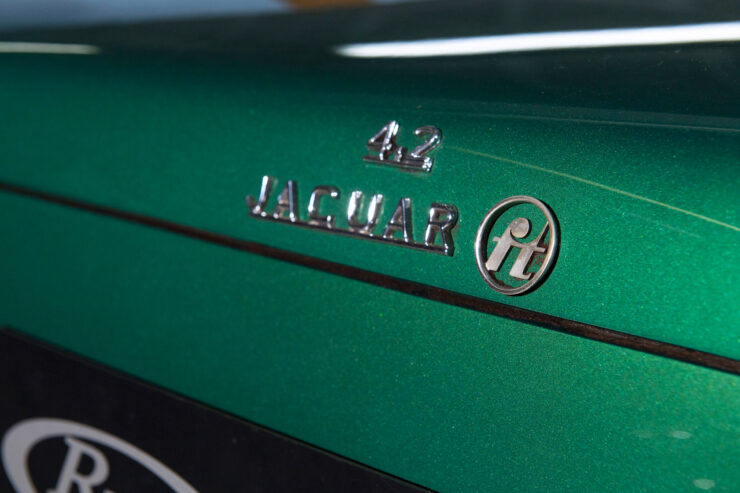 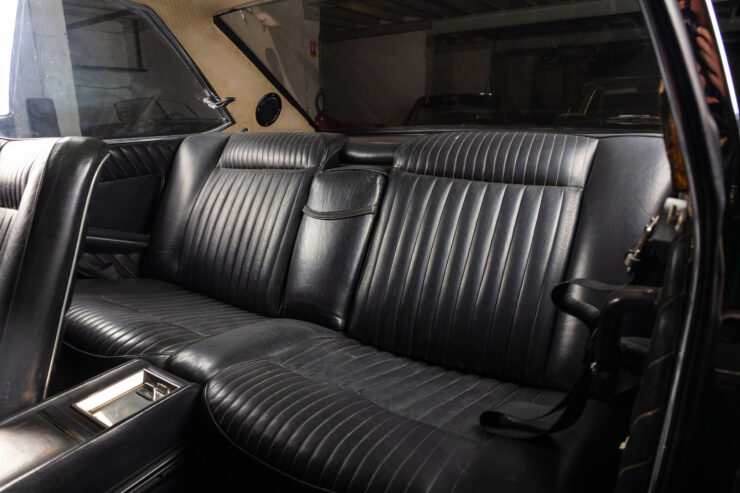 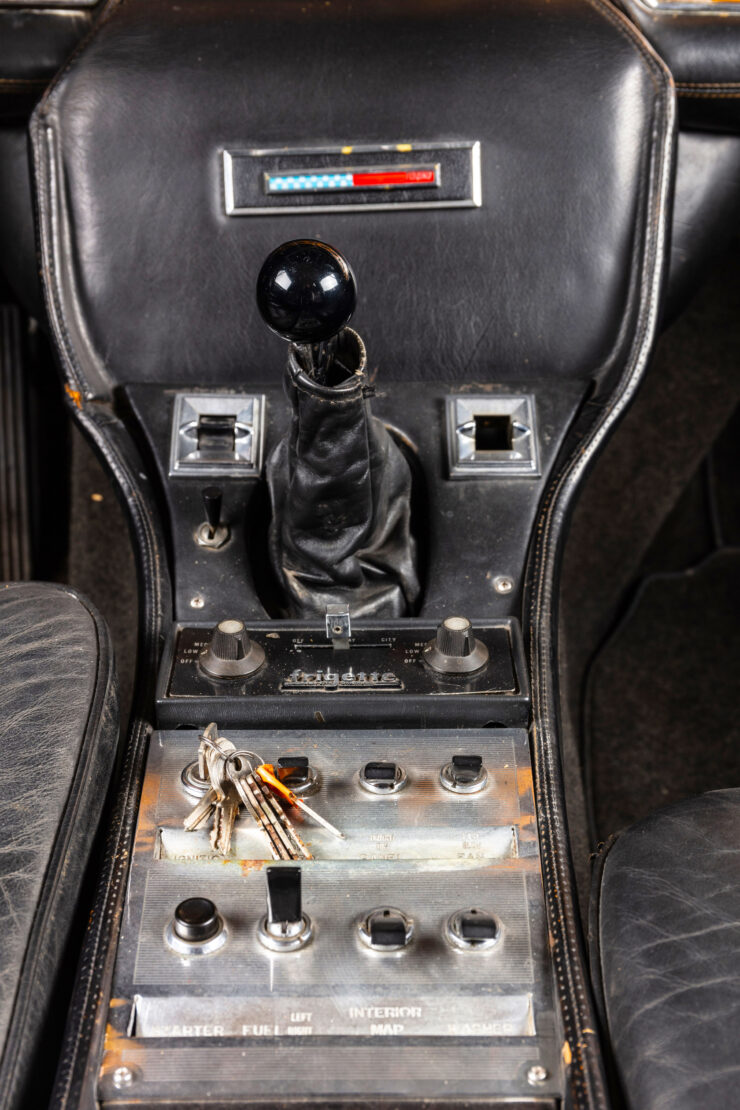 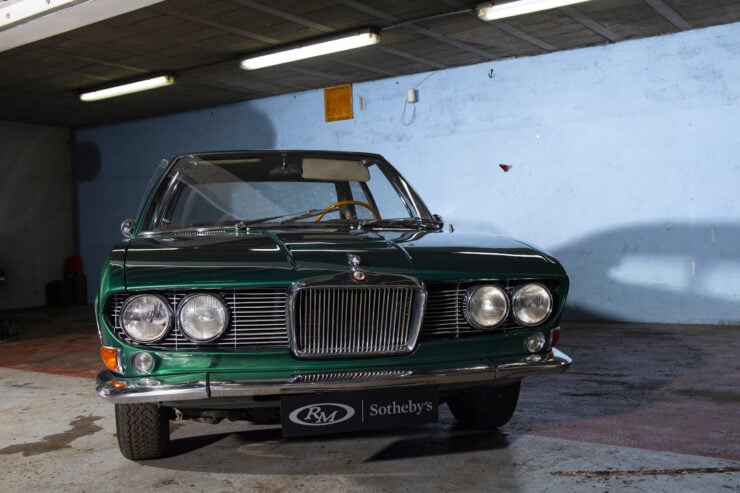 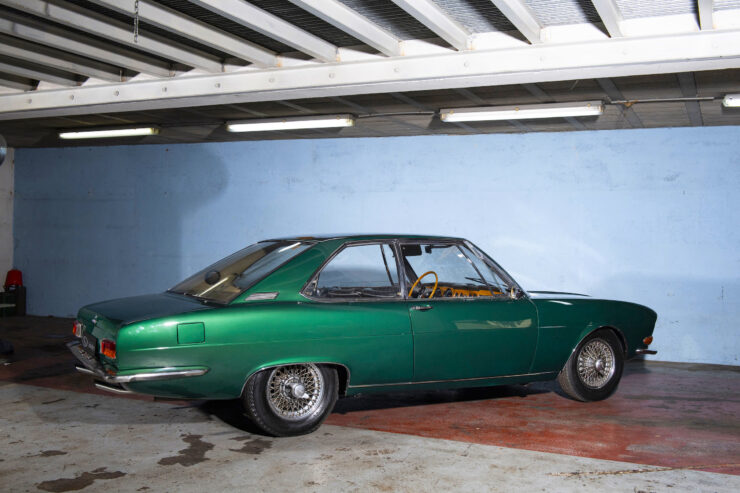