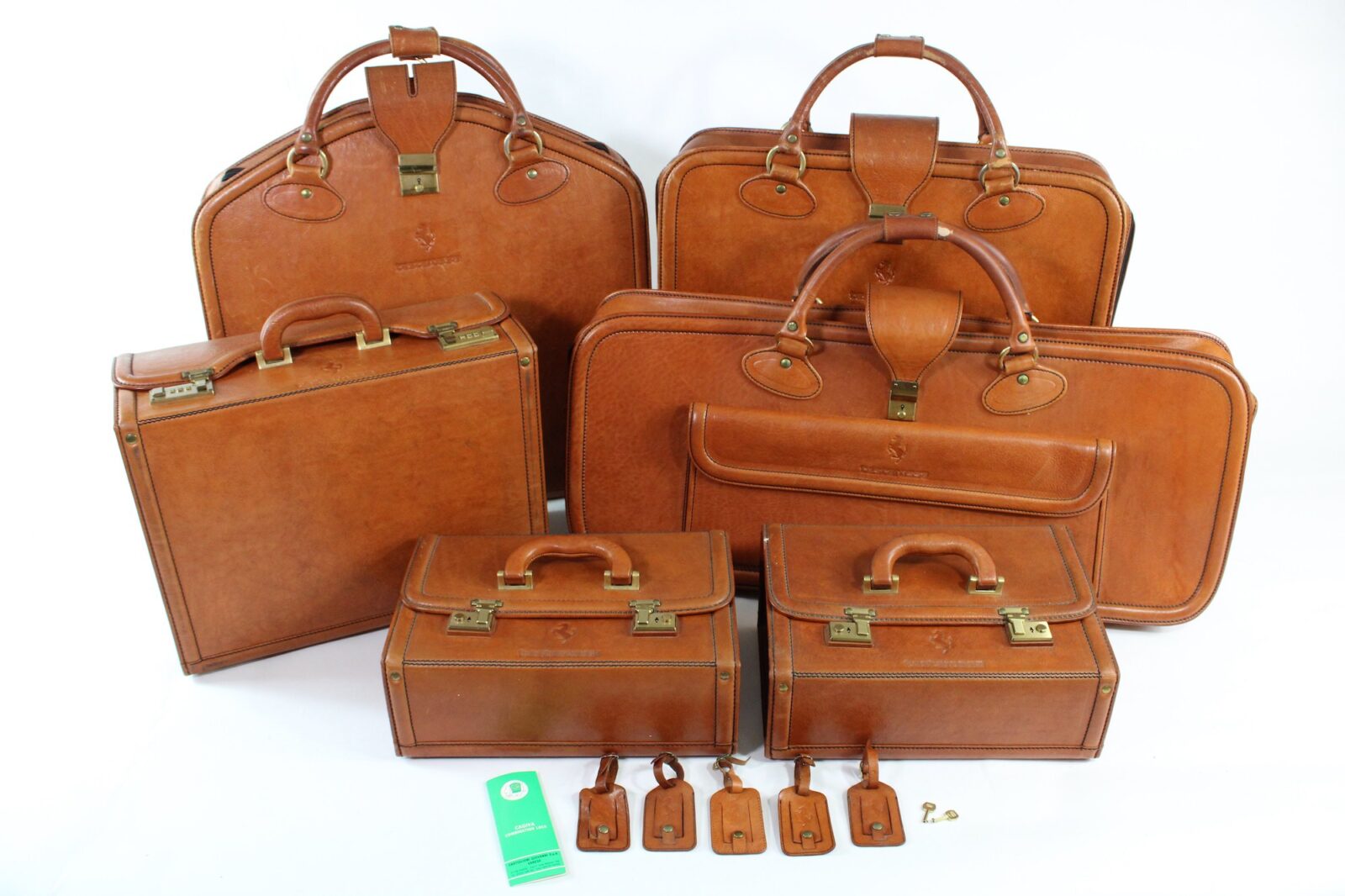 This is a complete set of Schedoni luggage for the Ferrari Testarossa, one of the great supercars of the 1980s and a popular photographic subject of teenage bedroom wall posters.

It’s common for high-end luxury cars and supercars to be offered with an optional luggage set that has been designed to fit together almost like Tetris blocks, to perfectly fill the oftentimes limited trunk space.

The Ferrari Testarossa was first officially shown to the public at the 1984 Paris Auto Show as the replacement for the outgoing Ferrari Berlinetta Boxer model. The Testarossa is powered by the Tipo F113 flat-12 engine with a displacement of 4.9 liters, double overhead cams per bank, four valves per cylinder, and 385 bhp.

The 180+ mph performance of the car ensured that it would become a legend in its own lifetime, but it was the Pininfarina design of the car, with its large side strakes, pop-up headlights, and slatted rear grill that endeared it to a generation of teenagers (and adults) in the 1980s. 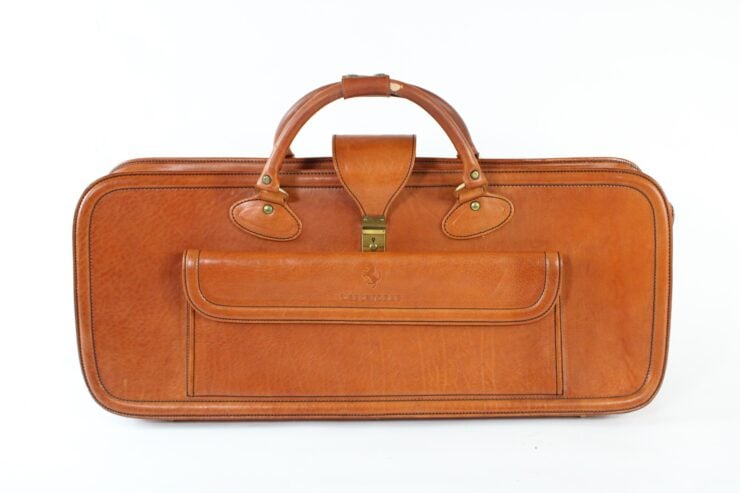 This holdall is designed to fit neatly between the seats inside the Testarossa, the rest of the bags can be arranged together to perfectly fill the front trunk – maximizing space.

The full luggage set of six Schedoni pieces here includes: one holdall, two suitcases, one briefcase, and two smaller vanity cases. The long holdall is designed to fit neatly between the seats, and the rest of the items can be arranged together to fill the trunk up front.

Each of these cases is made from tan leather with a beige lining, they have brass latches and base studs, and they’re embossed with both “Testarossa” and “Schedoni” logos.

If you happen to need a set of Schedoni cases for your Testarossa you’re in luck, this one is currently for sale on Collecting Cars out of England. If you’d like to read more about it or register to bid you can click here to visit the listing.

The Ferrari Testarossa was designed at Pininfarina by a team including Ian Cameron, Guido Campoli, Emanuele Nicosia, Diego Ottina, led by Leonardo Fioravanti. 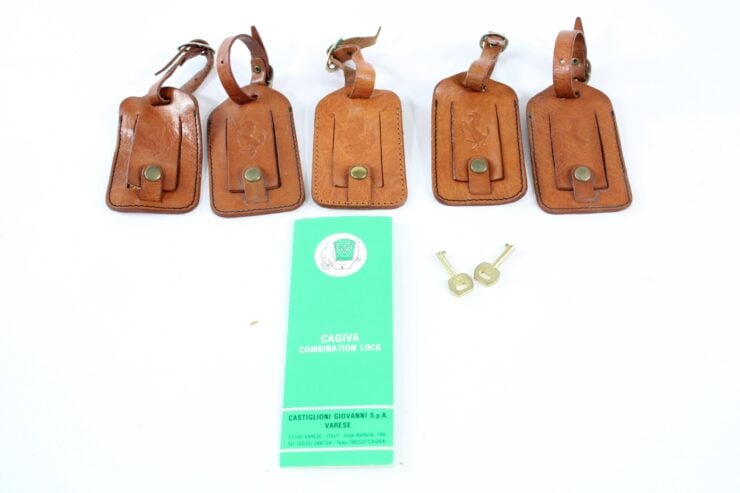 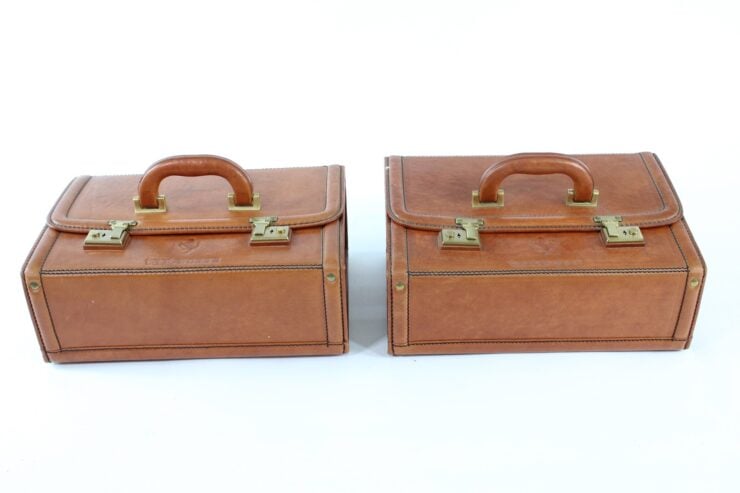 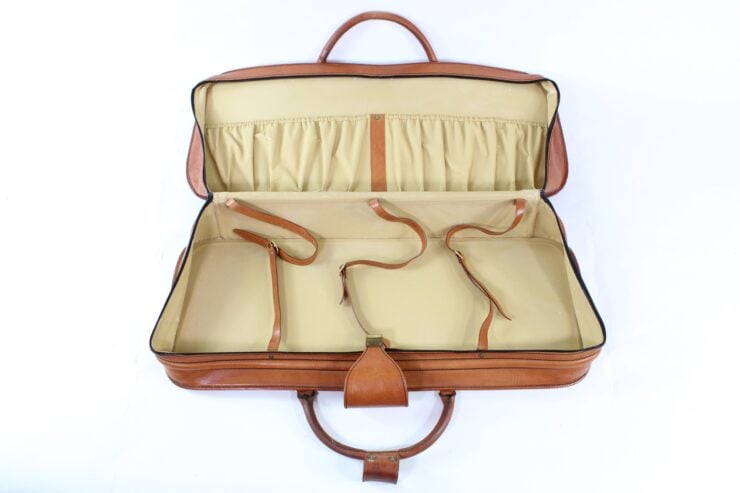 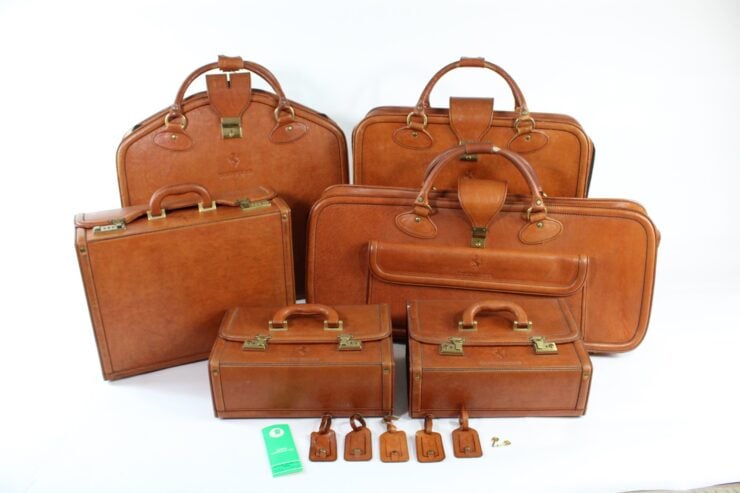