A Hard Days Fright is a documentary from 1964 by Roscoe Films, it centers on the popular world of club racing in Britain, and in particular it takes a good look into the lives of the trackside marshals.

The film includes a vast array of cars, from smaller amateur-built monopostos with motorcycle engines to a couple of Ferrari 250 GTOs and a Jaguar E-Type powered by a Ford Galaxie V8. The racing is highly competitive at all levels, and it’s clear that crashes and engine explosions were commonplace.

The title of “A Hard Day’s Fright” is a pun based on the Academy Award-nominated film “A Hard Days Night” which had been released earlier the same year, along with the song of the same name.

The heart of the UK’s racing culture is the club racing scene, it’s existed since shortly after the first automobiles were built and it exploded in popularity after WWII, with more than one wartime aerodrome becoming a race track – including both Silverstone and Goodwood.

This film offers a great look back into the heyday of British club motorsport, many of the cars you’ll see racing are either one-offs or the result of very limited production runs from small automakers that are now almost lost to history.

The British Racing & Sports Car Club who funded this film are still very much in operation, if you’d like to read more about the organization and its history you can click here to visit the website. 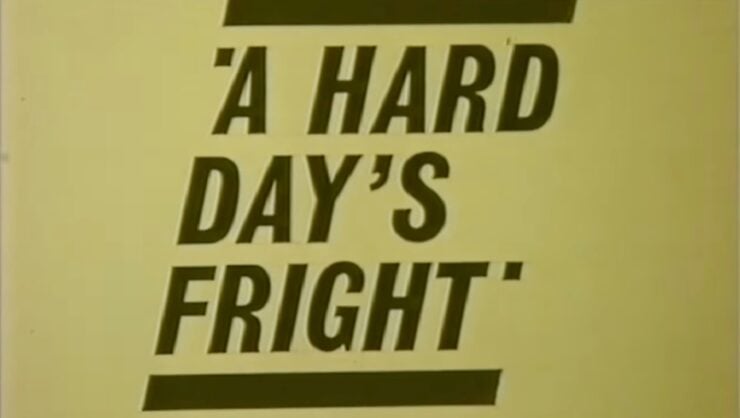