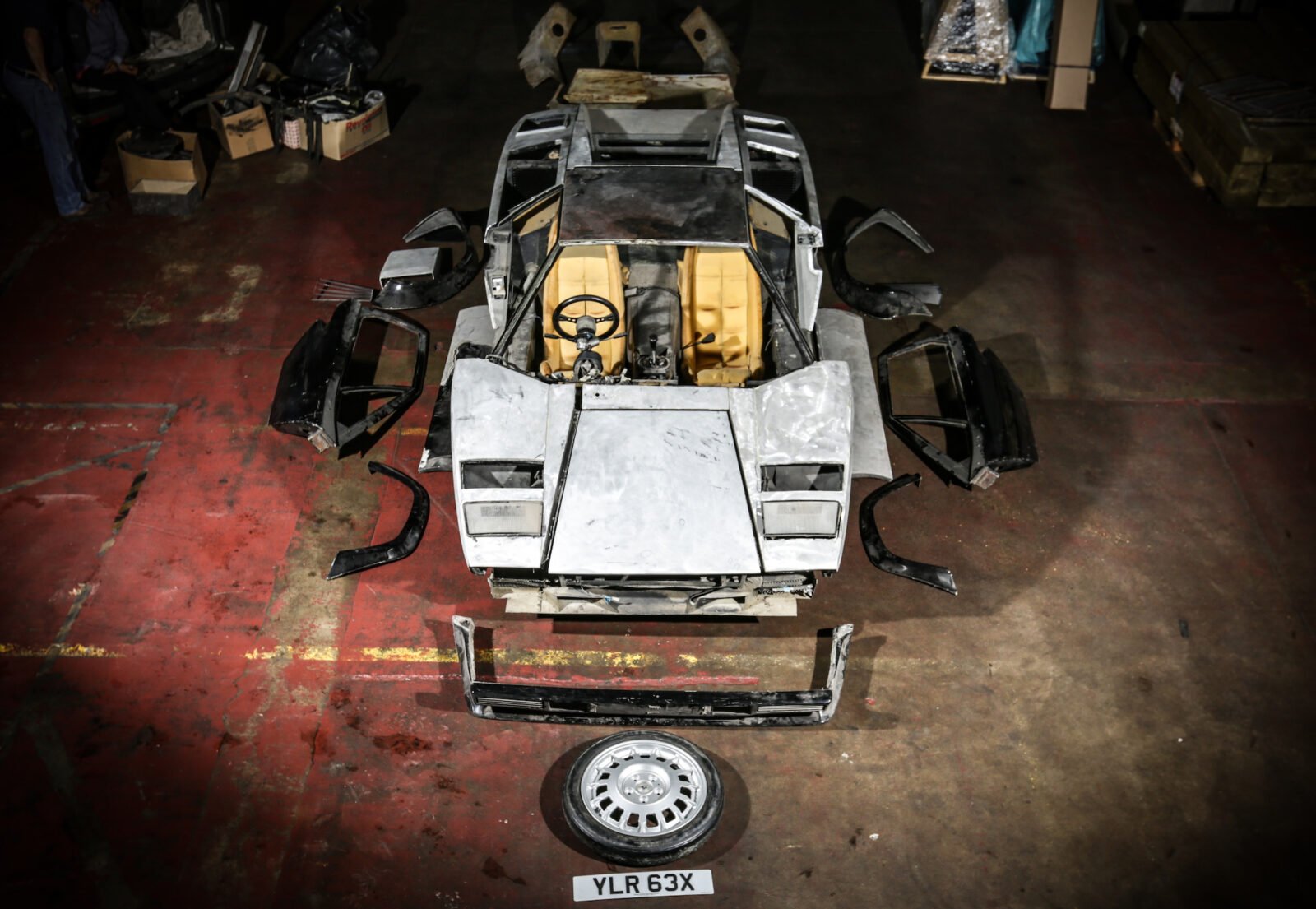 This is a 1982 Lamborghini Countach 5000S that ended up pieces as its planned restoration stopped suddenly in 2008 during the disassembly phase, due to the fact that the company in charge of the project went out of business.

The car has been frozen in time like this for 13 years, it’s now being offered as a project with its engine, transmission, and all the major parts required to complete the restoration and get the car back on the road.

The Lamborghini Countach 5000S was developed under the direction of the Mimran brothers who had taken control of the Italian automaker in 1980 after a lengthy period of financial instability. 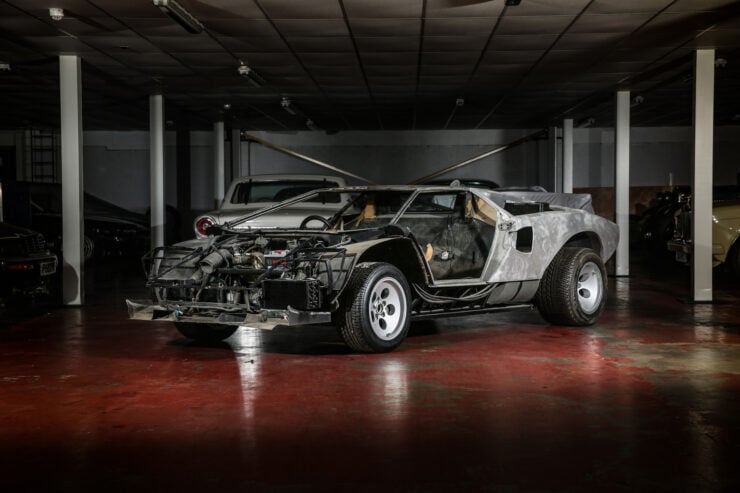 This Countach has been in storage for 13 years in its current state, it’s now for sale with all the major parts required to finish it.

Plans were put into action to create a new Lamborghini at a more affordable price point than the Countach, it would be based on the earlier Silhouette model and it would be called the Lamborghini Jalpa.

Further plans were developed to create a new and more extreme version of the Countach, which was already getting long in the tooth by supercar standards. The styling had been updated by its original designer in 1978 for the LP400S model, fiberglass wheel arch extensions were added and a V-shaped rear wing was available as an option.

The compression ratio was lowered slightly on the new engine, but power still went up due to the increase in swept capacity. The legendary 60º Lamborghini V12 lost none of its charm, or any of its complexity, with double overhead cams per bank and six sidedraught Weber 45 DCOE carburetors.

The chassis of the 5000S remained unchanged from its predecessor, it’s a complex tubular steel space frame. The bodies were largely made from aluminum alloy and the Countach made use of fully independent suspension at each corner, with coil springs, telescopic shock absorbers, and anti-roll bars front and back. 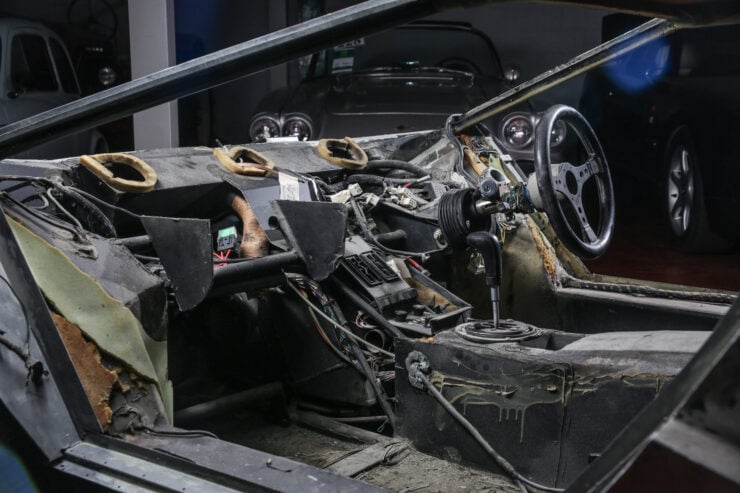 With much of the interior removed you can see the usually hidden elements of the tubular steel space frame chassis.

Today we remember the styling of the Countach 5000S, and its successor the LP5000 Quattrovalvole, as being the quintessential 1980s-era Lamborghini, and one of the most memorable supercar designs of all time.

The 5000S you see here has a fascinating history, and hopefully an equally fascinating future. It was formerly owned by Daniel Sefton who loaned it to the British motoring television show Fifth Gear for use by presenter Vicky Butler-Henderson back in the early 2000s.

The car was also featured (pre-restoration) on the front cover of a book called “The Spirit of The Bull,” by Paul W. Cockerham.

In 2004 the process of restoring the car began, the engine was stripped and rebuilt, and a new clutch was fitted by Lamborghini London. There are invoices for over £10,000 for this work on file.

Things began to go pear-shaped in 2008 when the Countach was put into a body shop for a full strip and respray, and an interior refurbishment. The car was stripped down however the body shop went out of business, and the car entered a long period where it was essentially frozen in carbonite as you see it here. 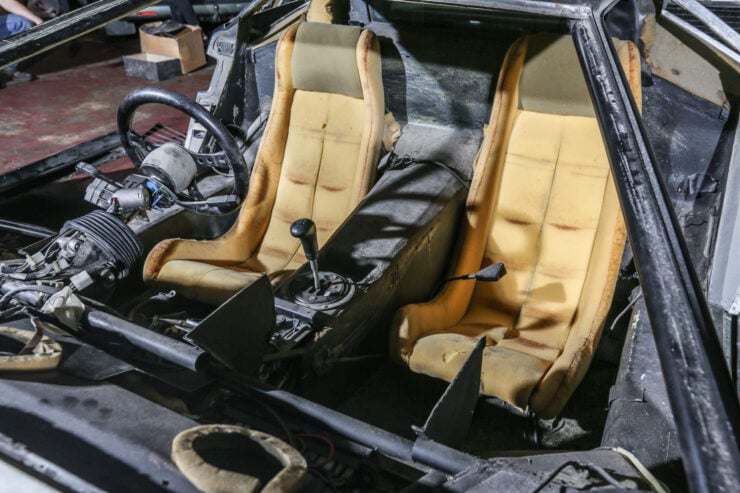 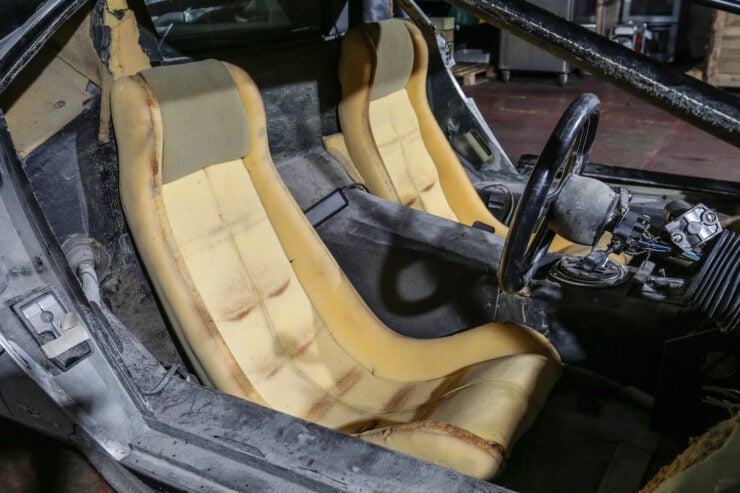 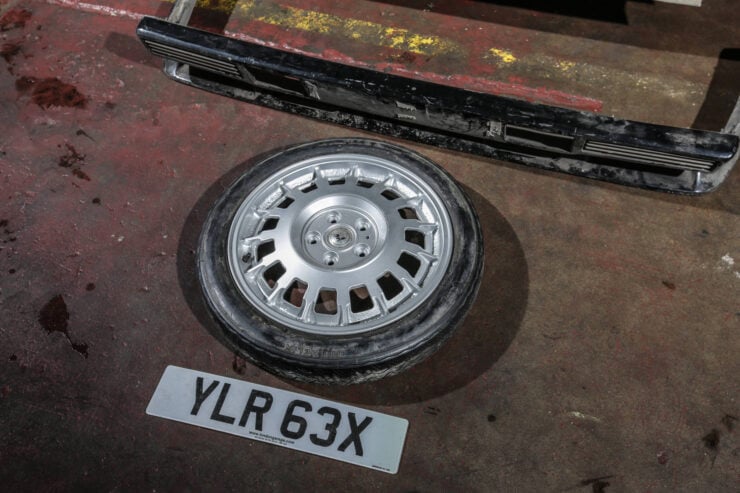 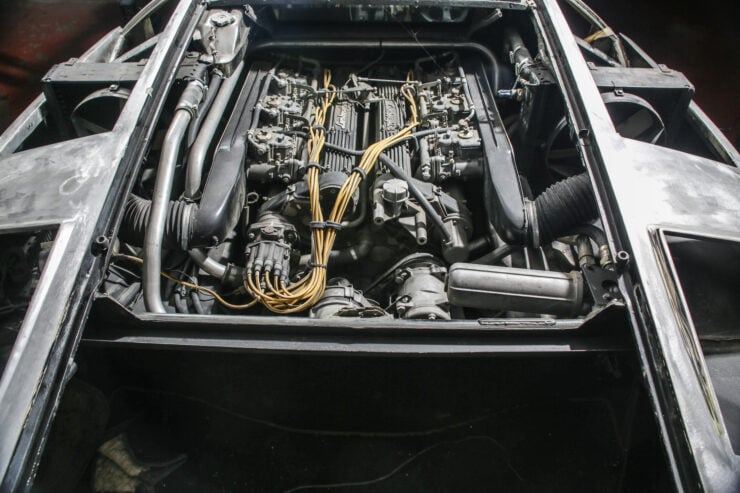 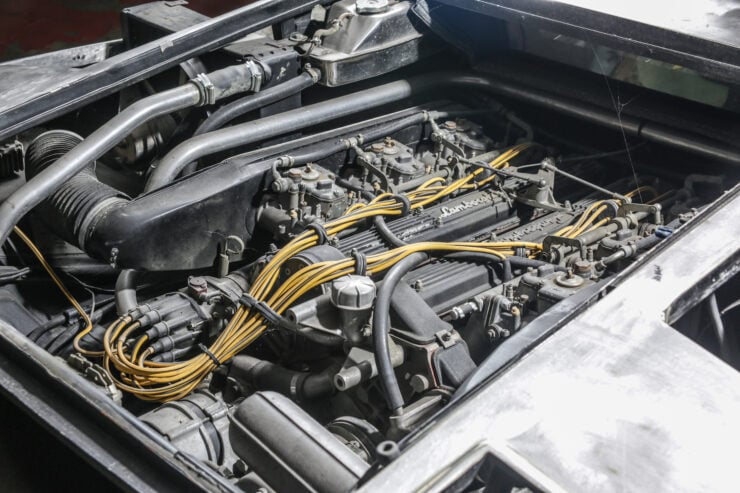 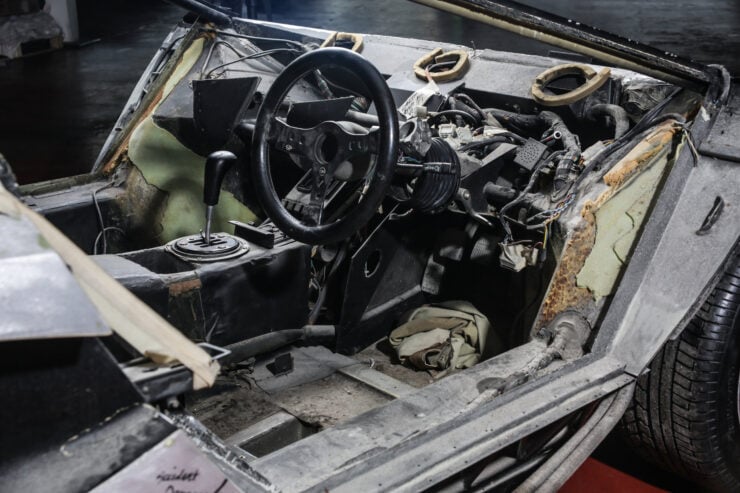 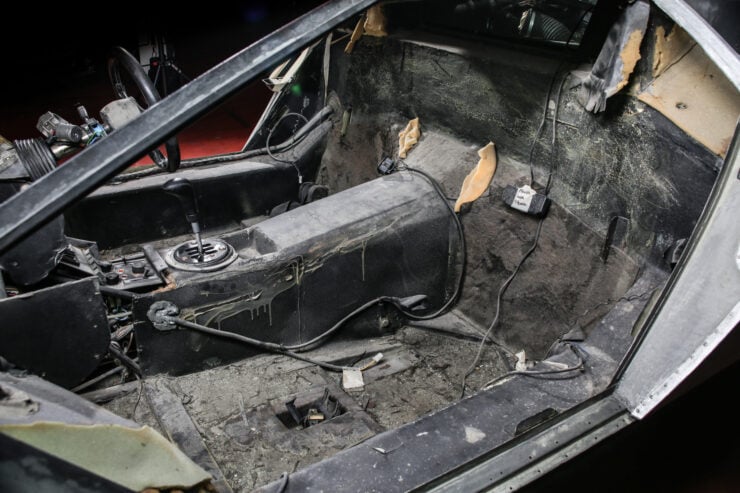 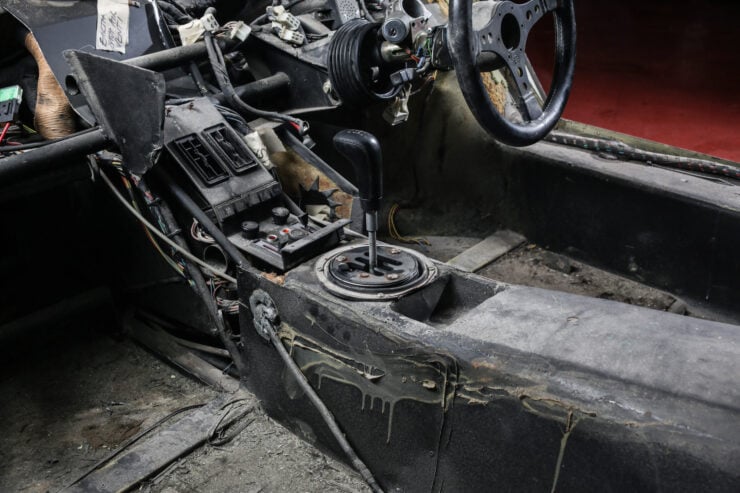 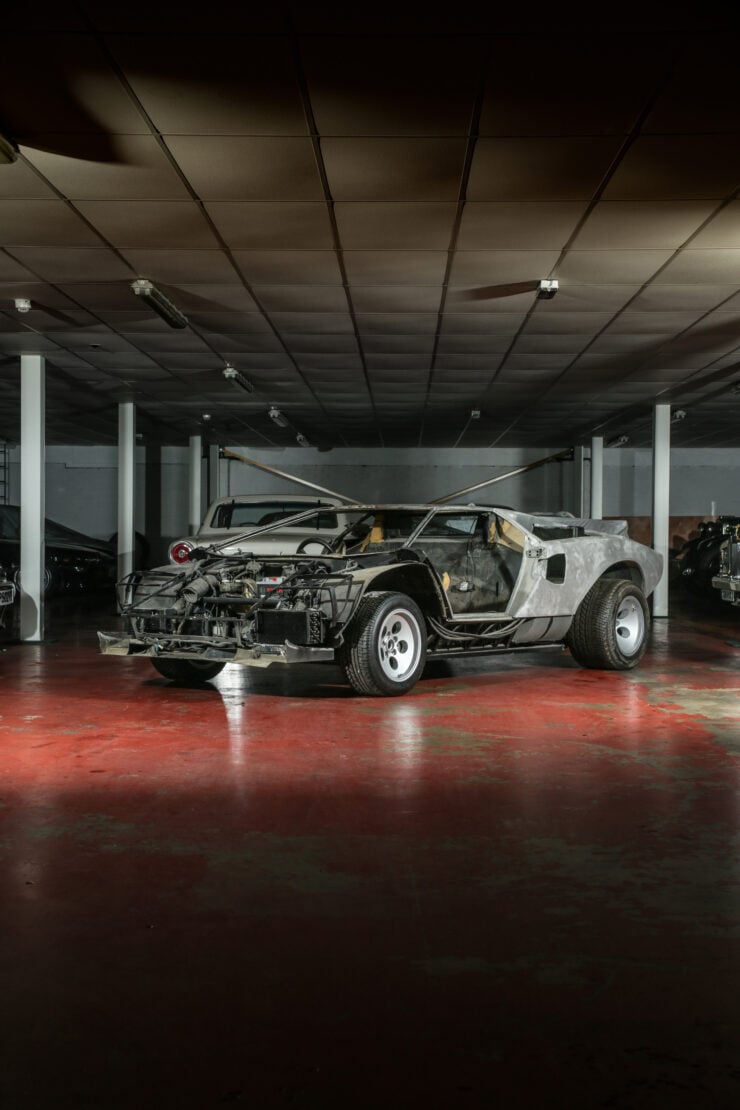 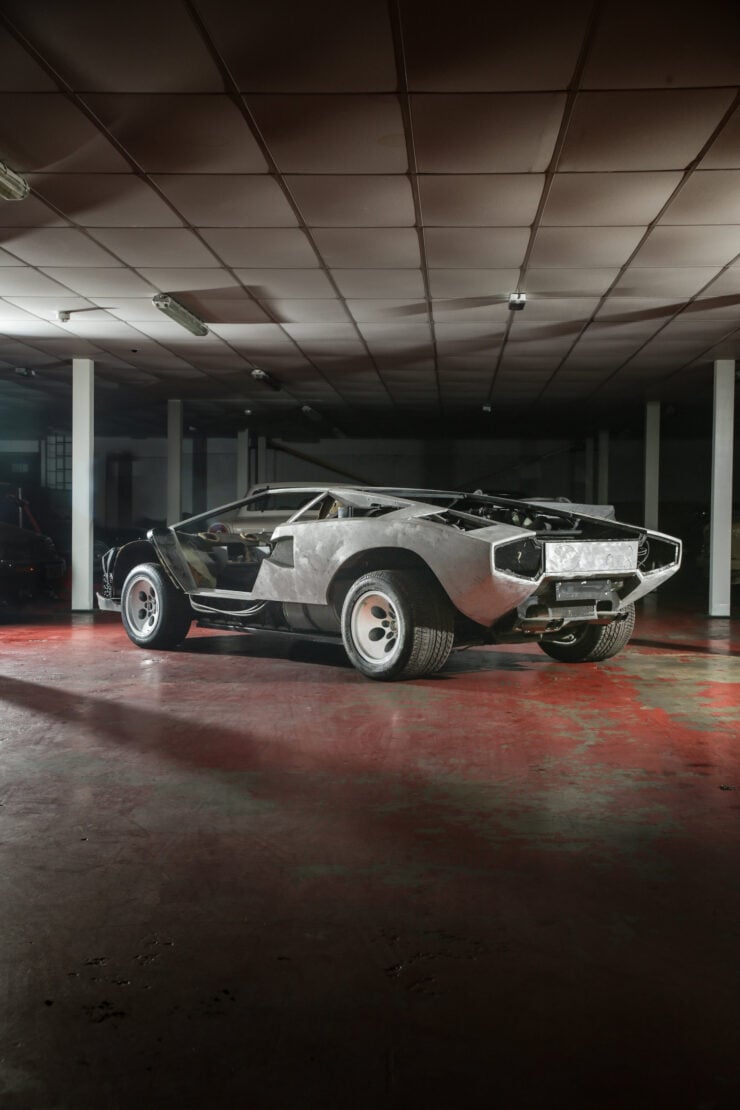 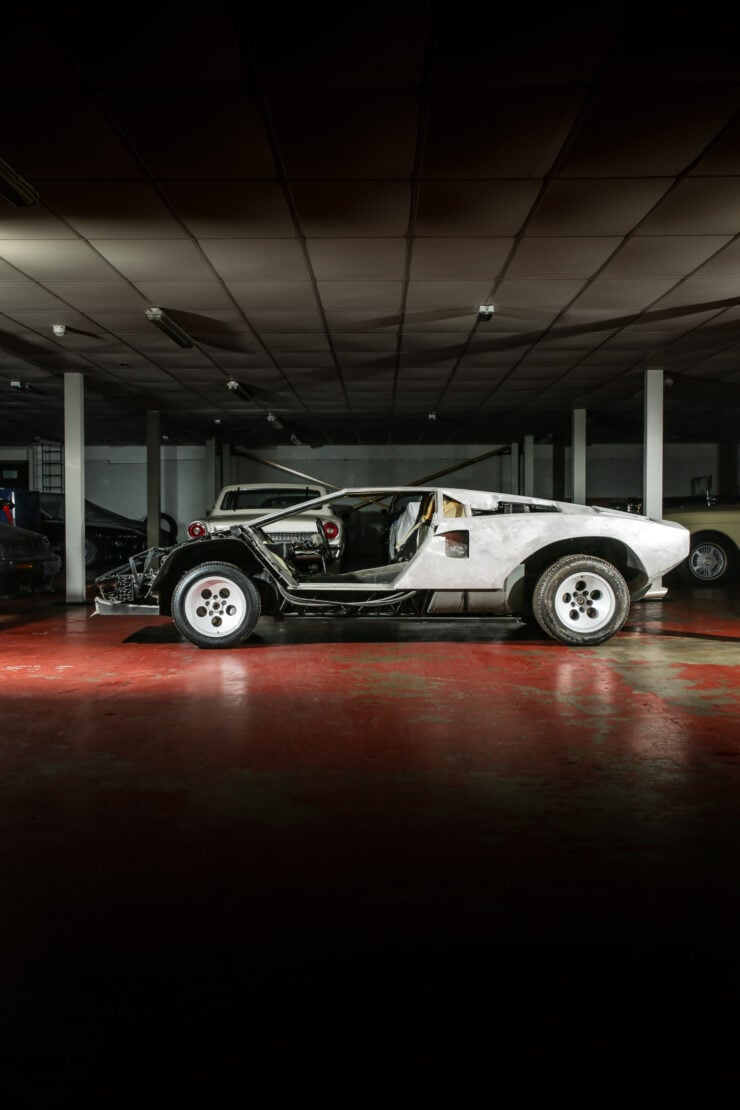 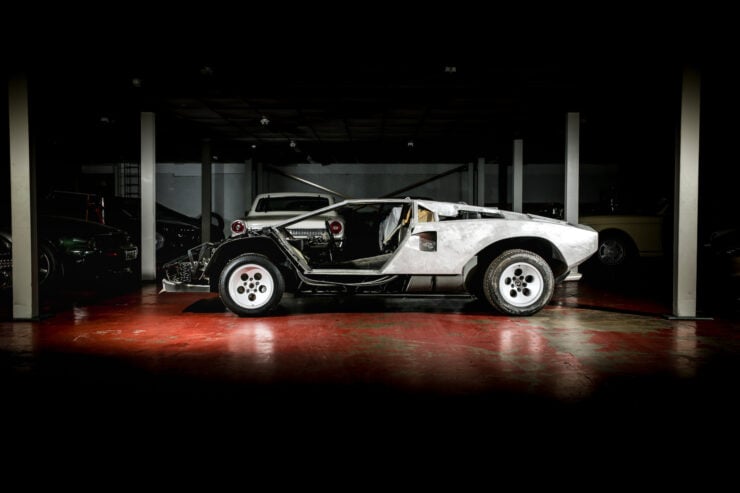 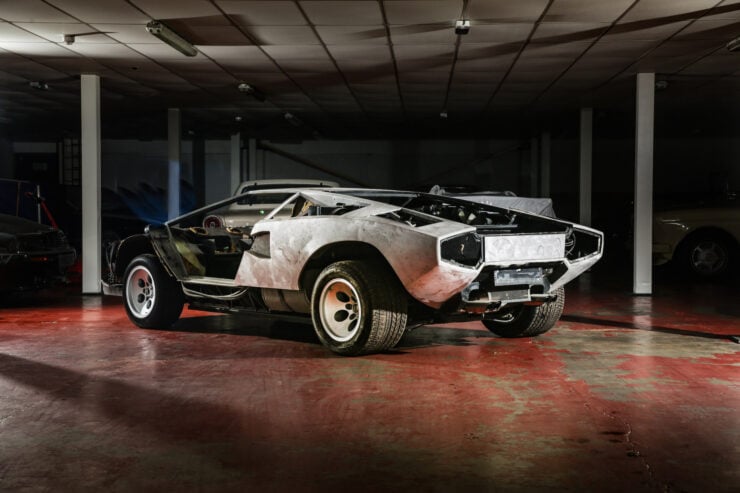