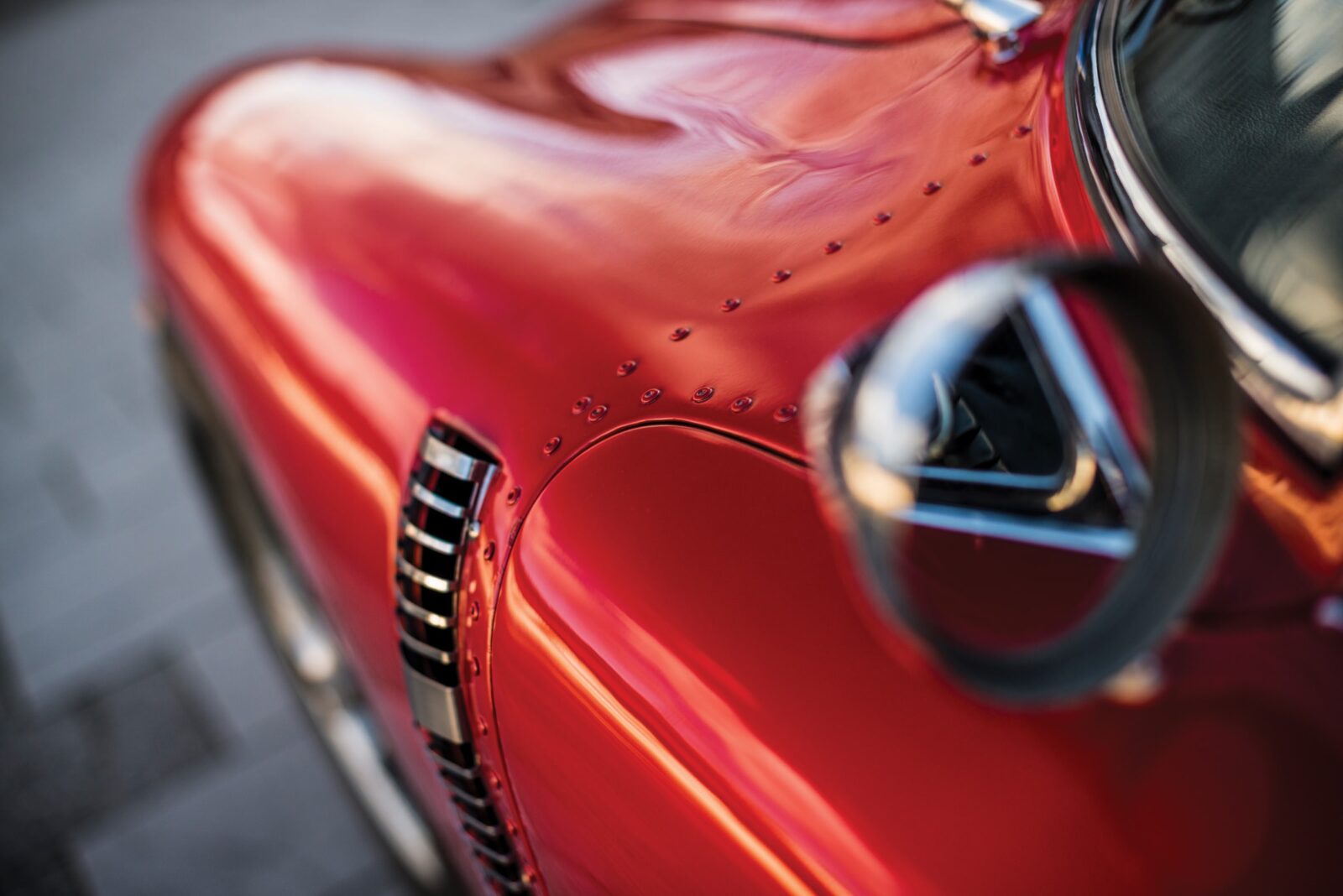 The Iso Grifo A3/C was developed by legendary Italian engineer and test driver Giotto Bizzarrini – the same man responsible for the creation of the Ferrari 250 GTO, now one of the most desirable and valuable cars in the world.

Many years later Bizzarrini explained his philosophy in developing the Iso Grifo A3/C to author Winston Goodfellow: “I started with the idea of Ferrari’s 250 GTO, and wanted to improve on it”. Much of Bizzarrini’s time in developing the Ferrari had been spent in a wind tunnel at Pisa University, this is where he shaped the low nose, long hood, fastback roofline, rear lip spoiler, and the Kammback tail.

Enzo Ferrari, Giotto Bizzarrini, and the Night of the Long Knives

In 1961 right in the midst of the development cycle of the 250 GTO, Bizzarrini was fired from Ferrari along with sales manager Girolamo Gardini, manager Romolo Tavoni, and chief engineer Carlo Chiti in the “Night of the Long Knives”.

The men had grown increasingly troubled by Enzo Ferrari’s wife’s influence within the company, and had written a joint letter explaining their position. Enzo was furious, and fired them all. Putting his company in grave danger of collapse in the process.

The men left Ferrari and almost immediately formed a new company together, ATS or Automobili Turismo e Sport, and they took one of Ferrari’s largest clients with them in the process – racing team Scuderia Serenissima. 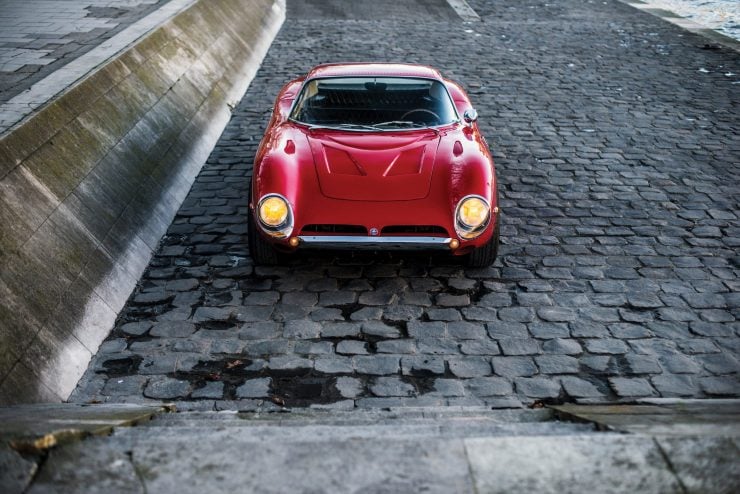 After ATS, Giotto Bizzarrini worked for Lamborghini as a consultant through his own company – Società Autostar. Shortly thereafter Società Autostar was hired by Iso Autoveicoli S.p.A to develop the Iso Grifo A3/L – this was the luxury grand tourer Iso hoped to use to compete with the likes of Ferrari, Lamborghini, Jaguar, and Aston Martin.

Bizzarrini saw a potential for a world class race car in the Iso Grifo A3/L, so he worked on developing what he called the “improved GTO” – the Iso Grifo A3/C. The engine was moved back 16 inches to make the new Iso front mid-engined and give it better weight distribution, and a sleek new aluminum body was shaped following on from the lessons learned in that Pisa wind tunnel.

The body of the A3/C was handcrafted from Duralumin, an alloy of aluminium, copper, and magnesium that’s exceedingly difficult to weld. As a result it was often riveted into place, as is the case here. The A3/C famously uses over 7,000 rivets to attach its body to its space frame, and the result is a svelte kerb weight of just 969 kilograms.

Rather than spending a small fortune to develop and engine in-house, Iso favored the simpler route of buying reliable American V8s. This dropped maintenance and parts costs for their owners very significantly when compared to their Italian competition, and meant that the company had access to a thoroughly tested engine and drivetrain for very little financial outlay.

With the Grifo A3/C the Chevrolet Corvette 327 small block V8 was chosen, breathing through Weber 45DCOE sidedraft carburetors, sending power to the rear via a rock-solid four-speed Borg-Warner manual gearbox.

With 350+ hp on tap, the A3/C is a brisk performer. Its on-track performance is spritely too, thanks to double wishbone front suspension with coil springs, telescopic shocks, and an anti-roll bar. In the rear the suspension is a de Dion tube with coil-springs, hydraulic shock absorbers, longitudinal struts, and an anti-roll bar. Stopping is handled by discs on all four corners. 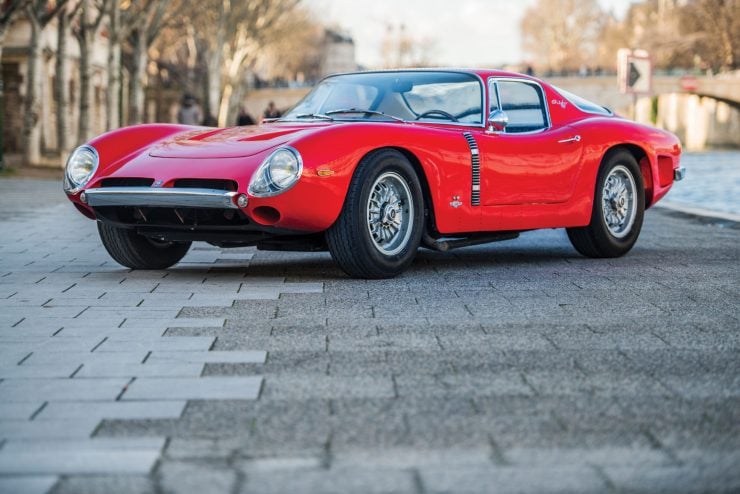 The Grifo you see here is a little more special than most, it was ordered new by Johnny Hallyday – named “the Elvis Presley of France” by The New York Times. He would appear in over 30 feature films and sell over 100 million records worldwide.

Hallyday took delivery in 1964 in Paris, and it was registered to “Mr Smet dit Johnny Hallyday, Jean Philippe, née le 15 juin 1943 à Paris 9è, et résident au 6 Place Winston Churchill, Neuilly sur Seine”. In the years since Hallyday’s ownership, the car passed into the hands of Prince Pierre Sangusko, who stored the Iso in his castle for 24 years. As you do.

In 2017 at the Chantilly Concours, the car was exhibited in the Great Musicians’ Cars class, where it won the “Special Award”. It’s now due to be offered for sale via RM Sotheby’s on the 7th of February in Paris, if you’d like to read more about it or register to bid you can click here to visit the listing. 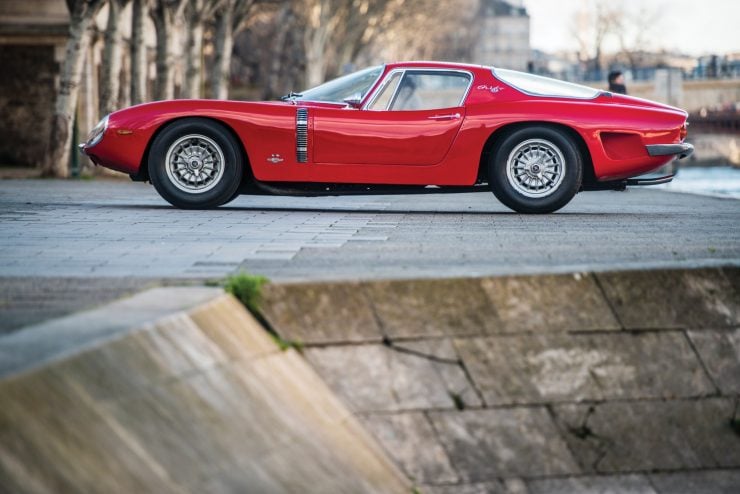 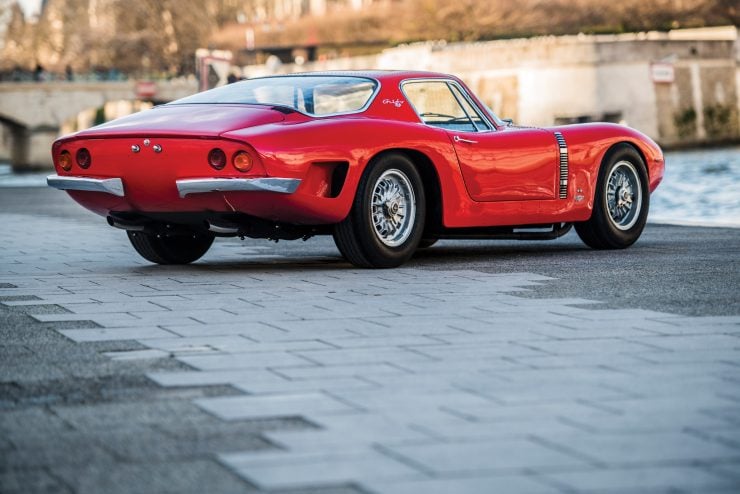 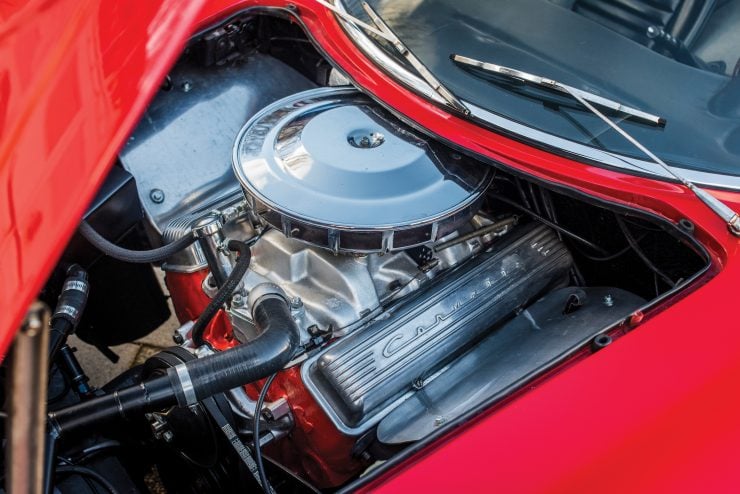 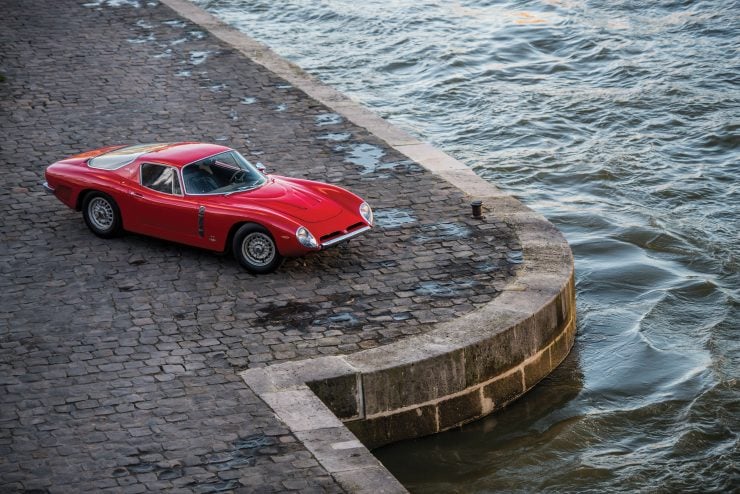 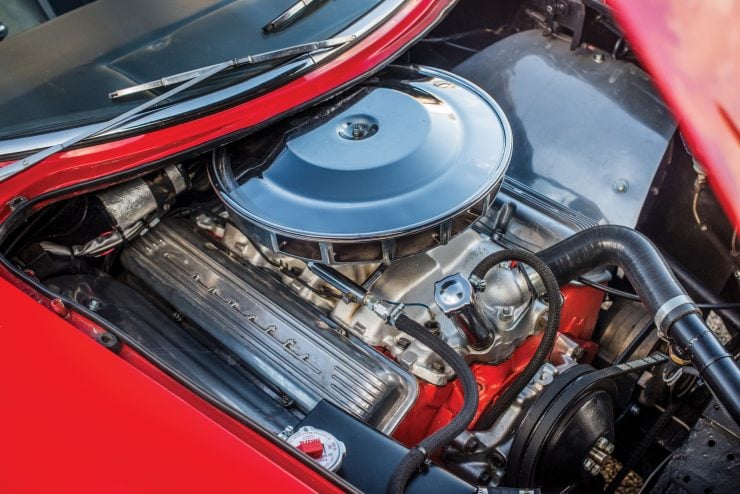 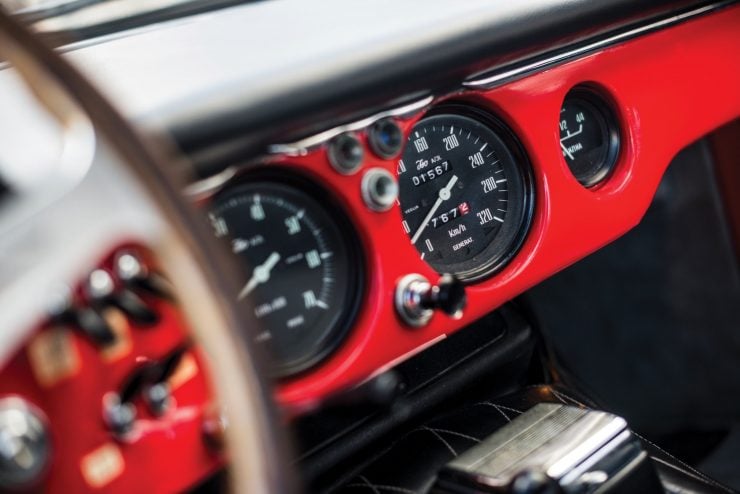 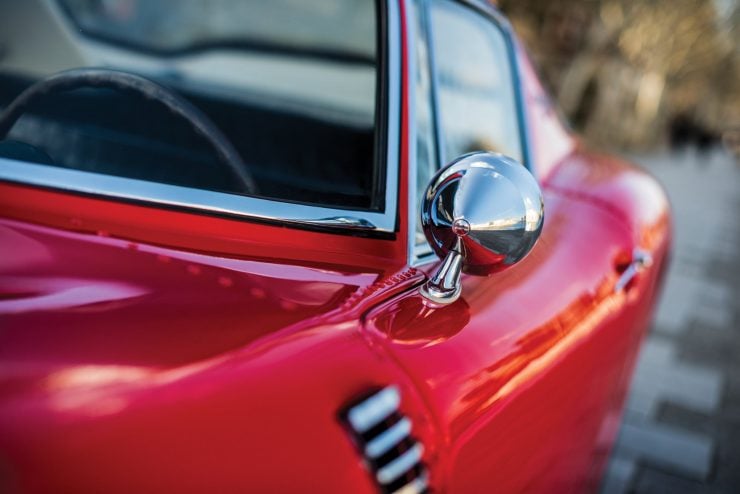 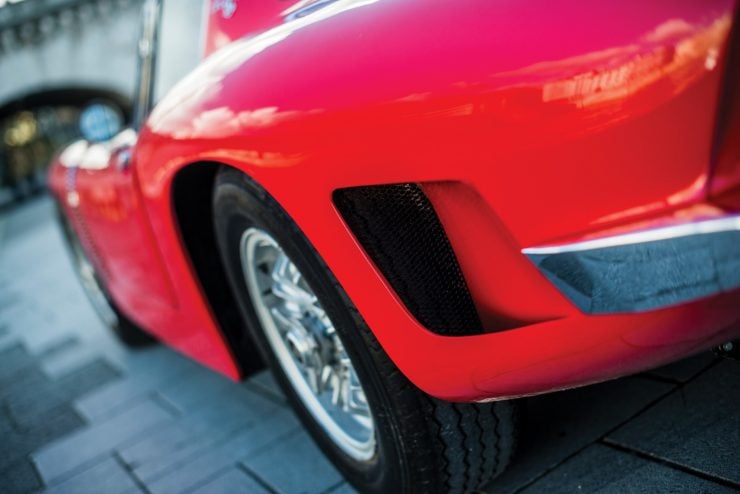 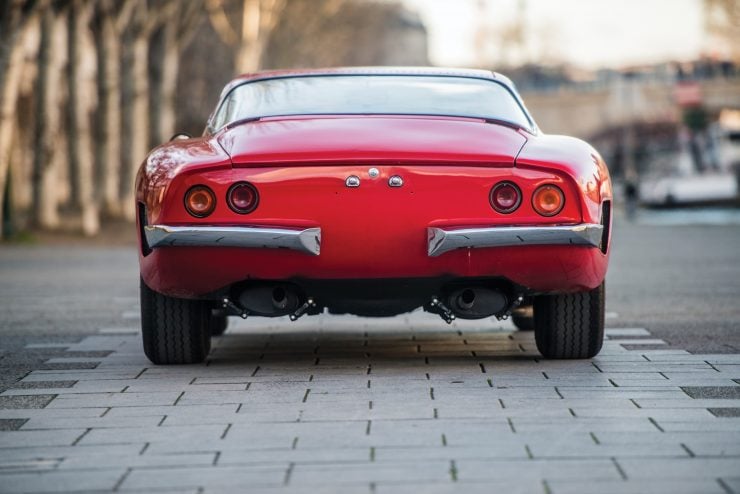 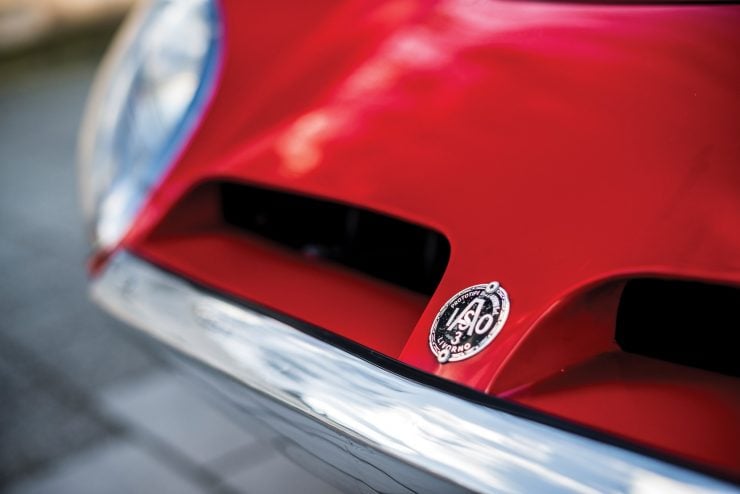 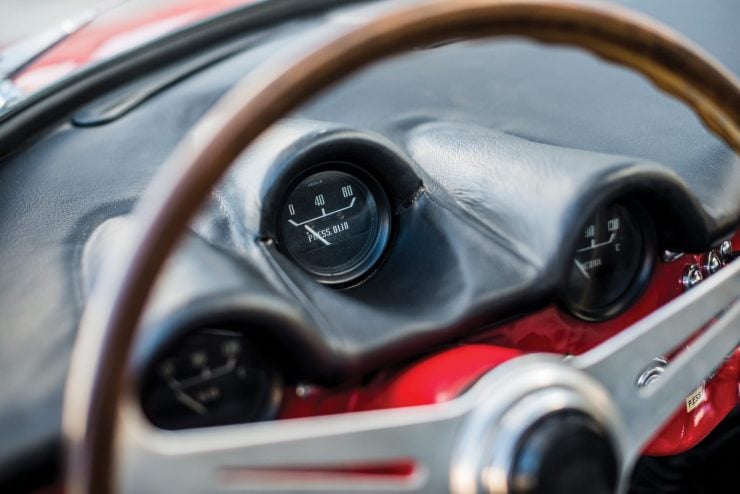 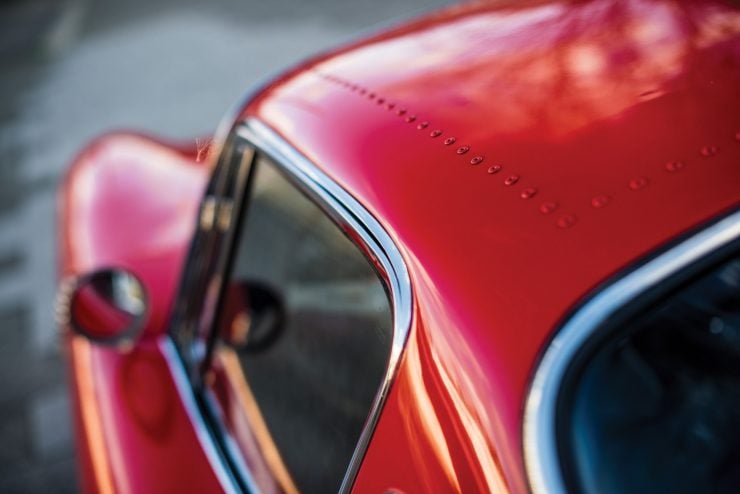 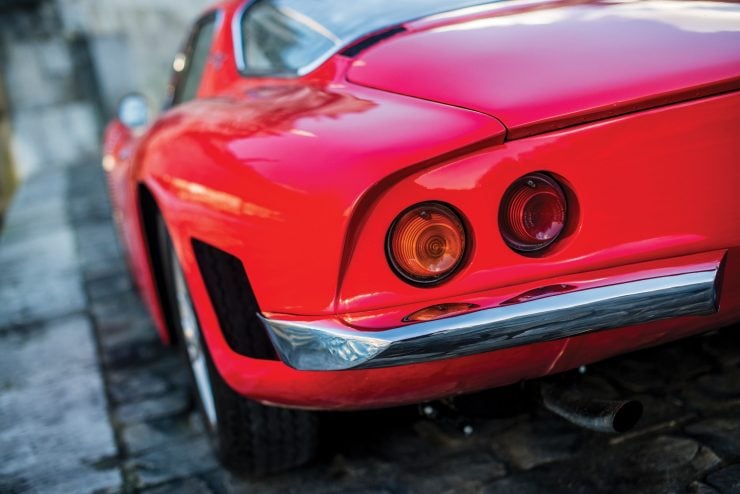 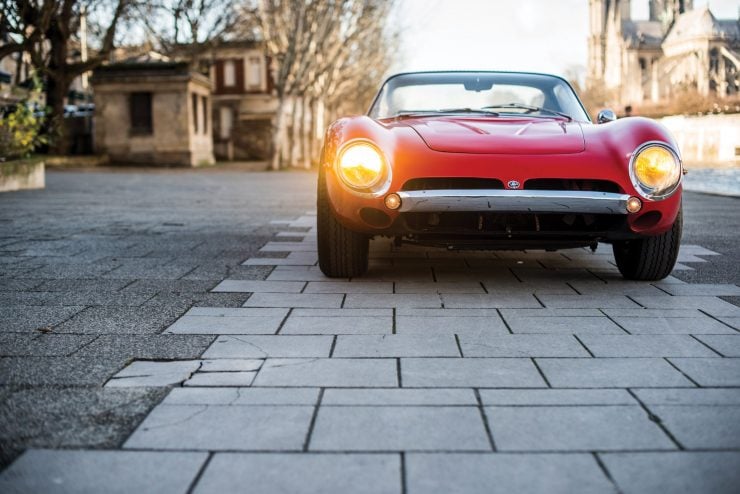 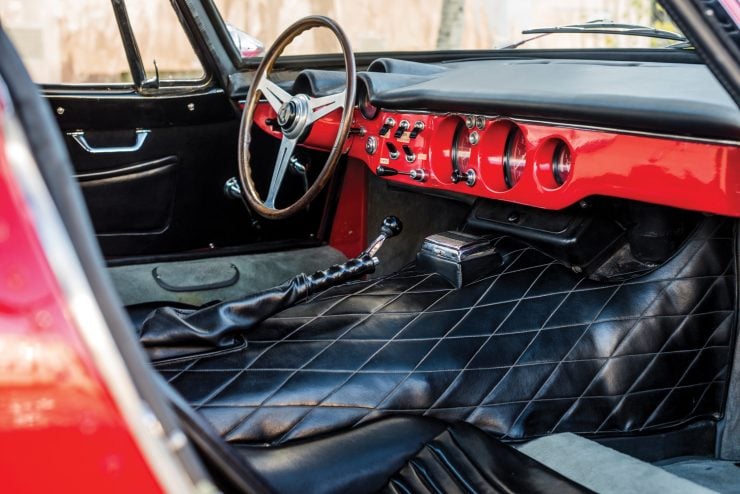 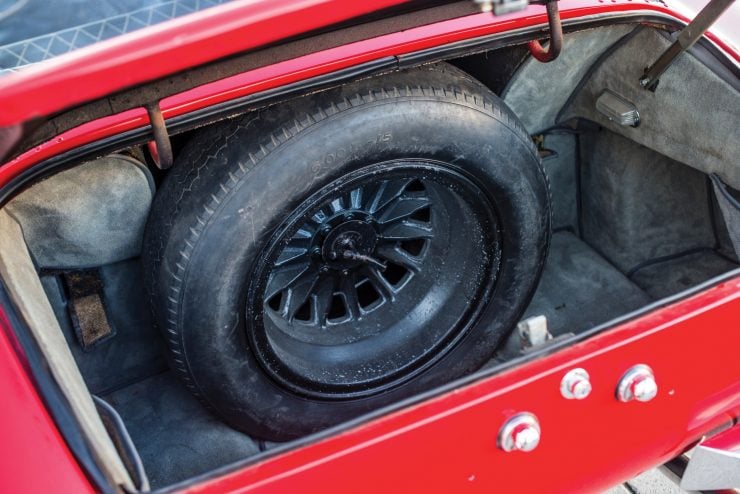 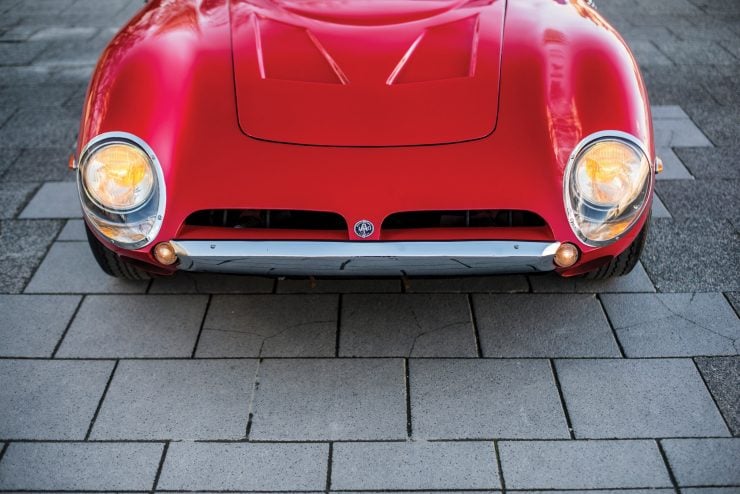 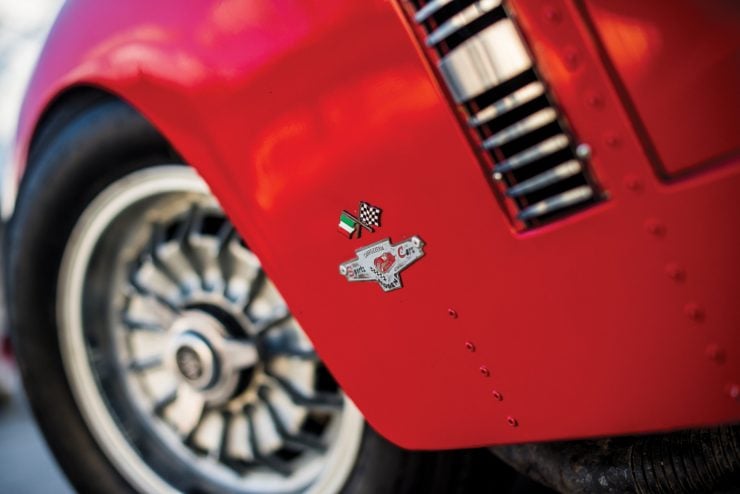 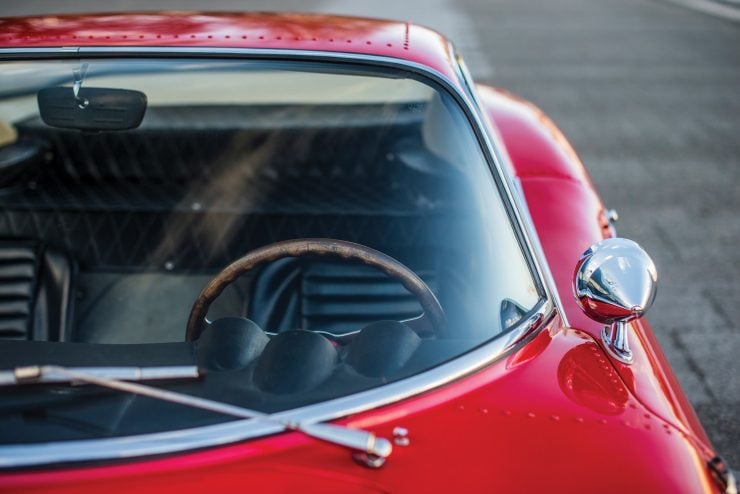 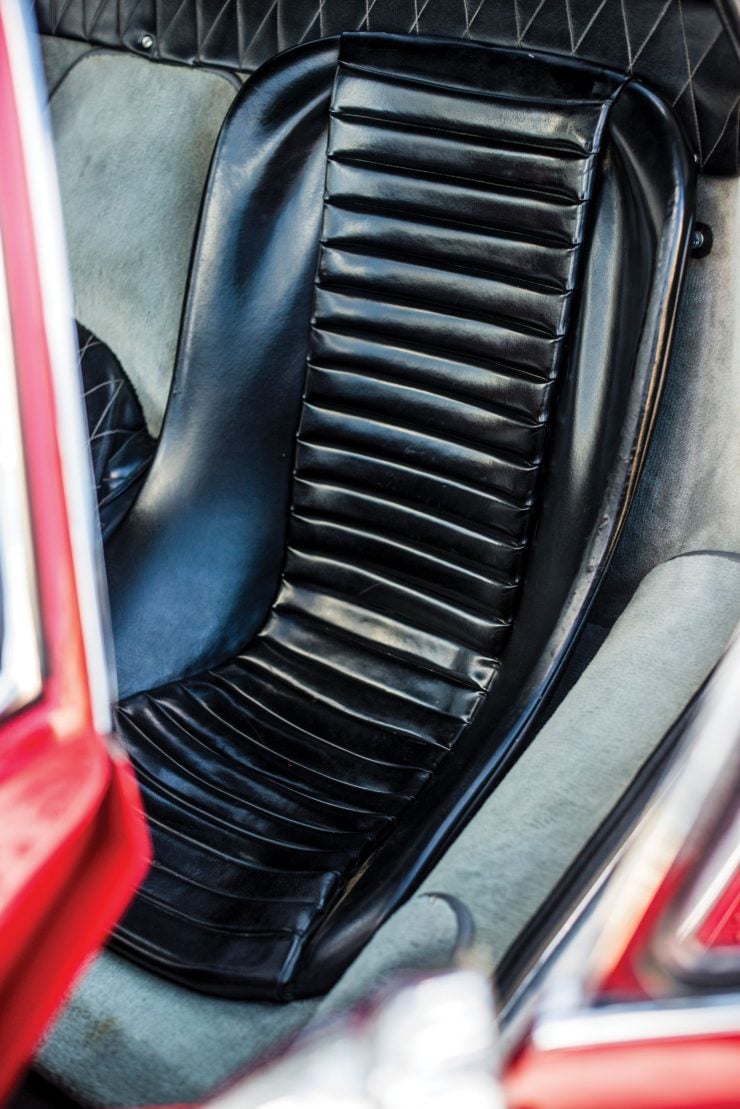 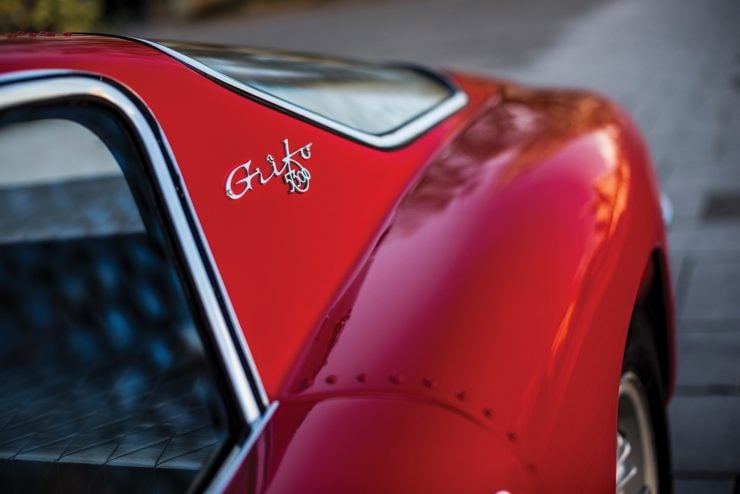 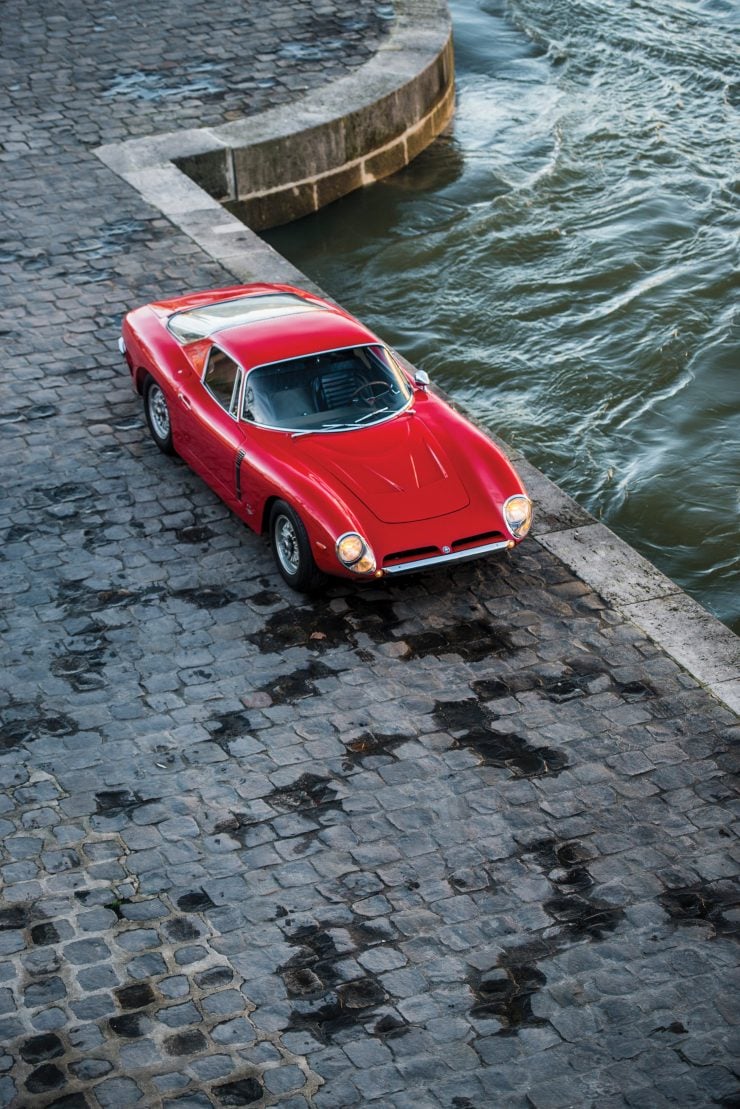 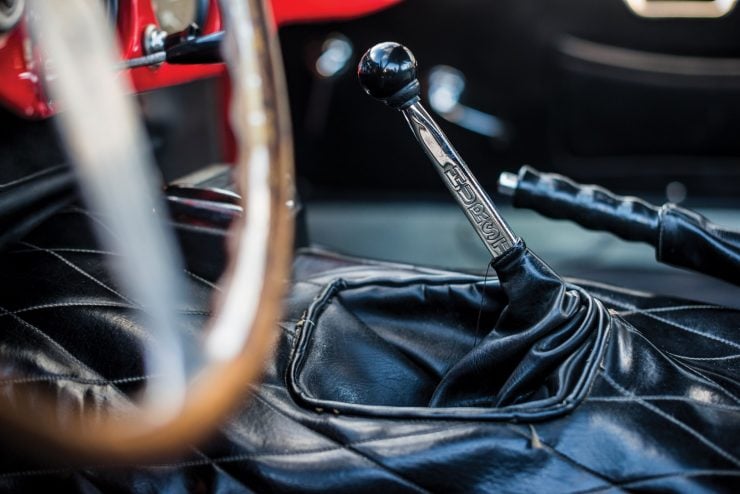 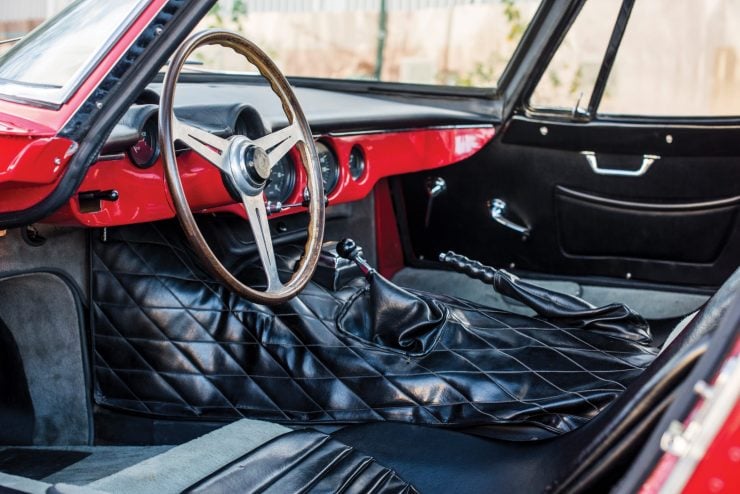 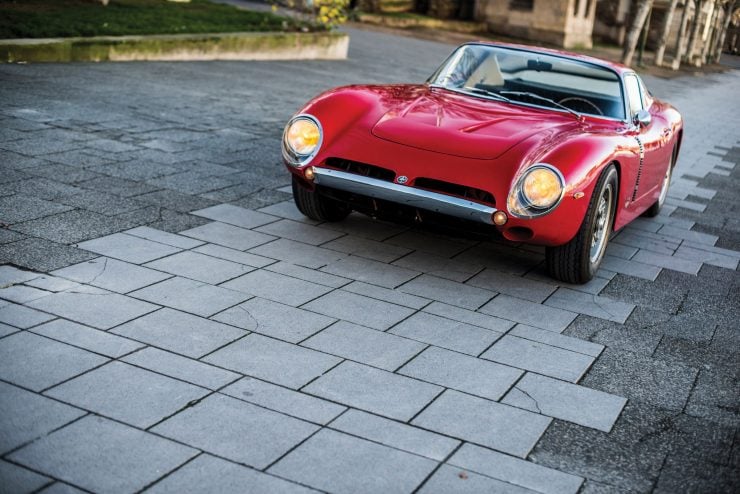 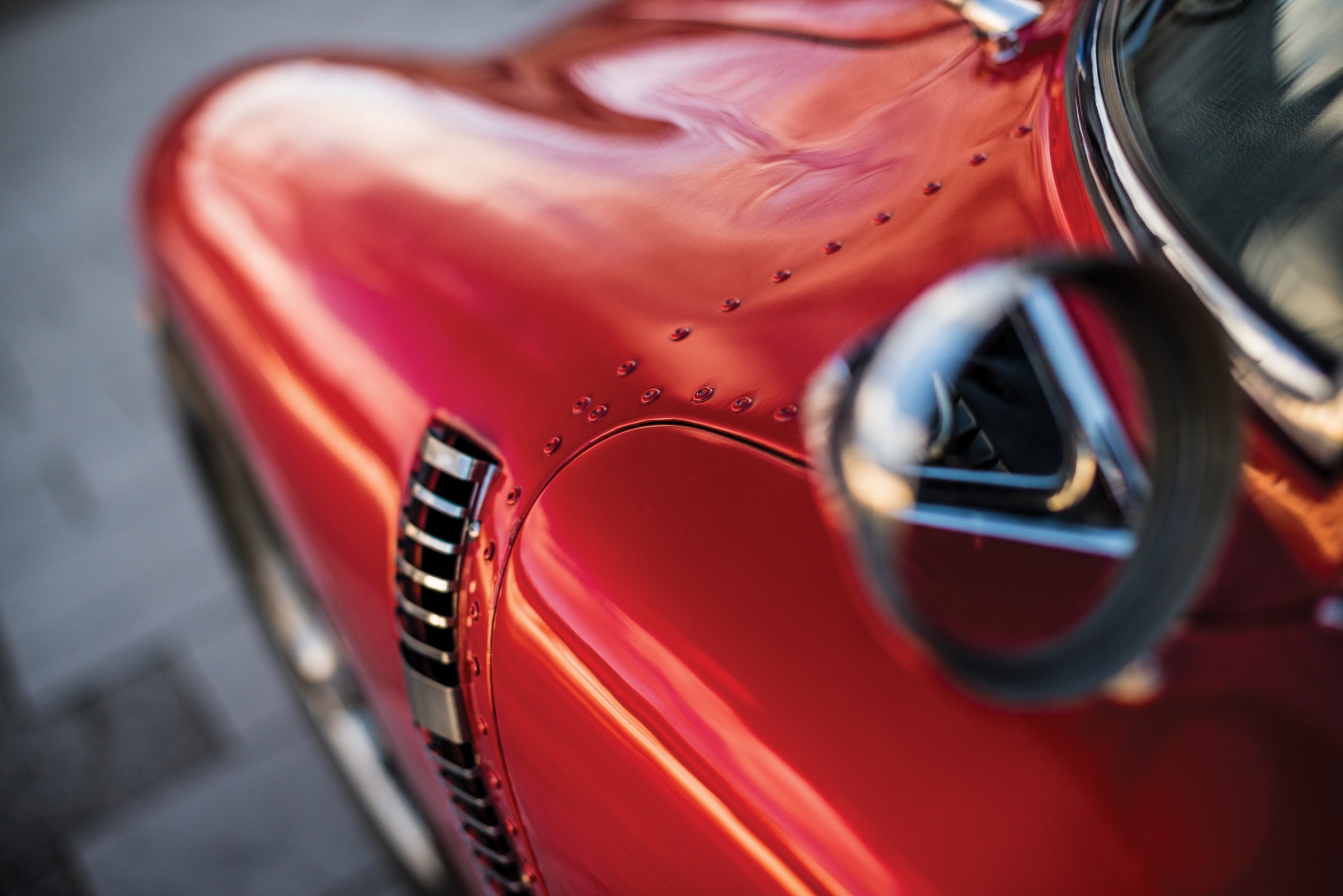 This is an original Datsun 510 SSS, known in most world markets as a member of the Datsun 1600 model line, it would be…