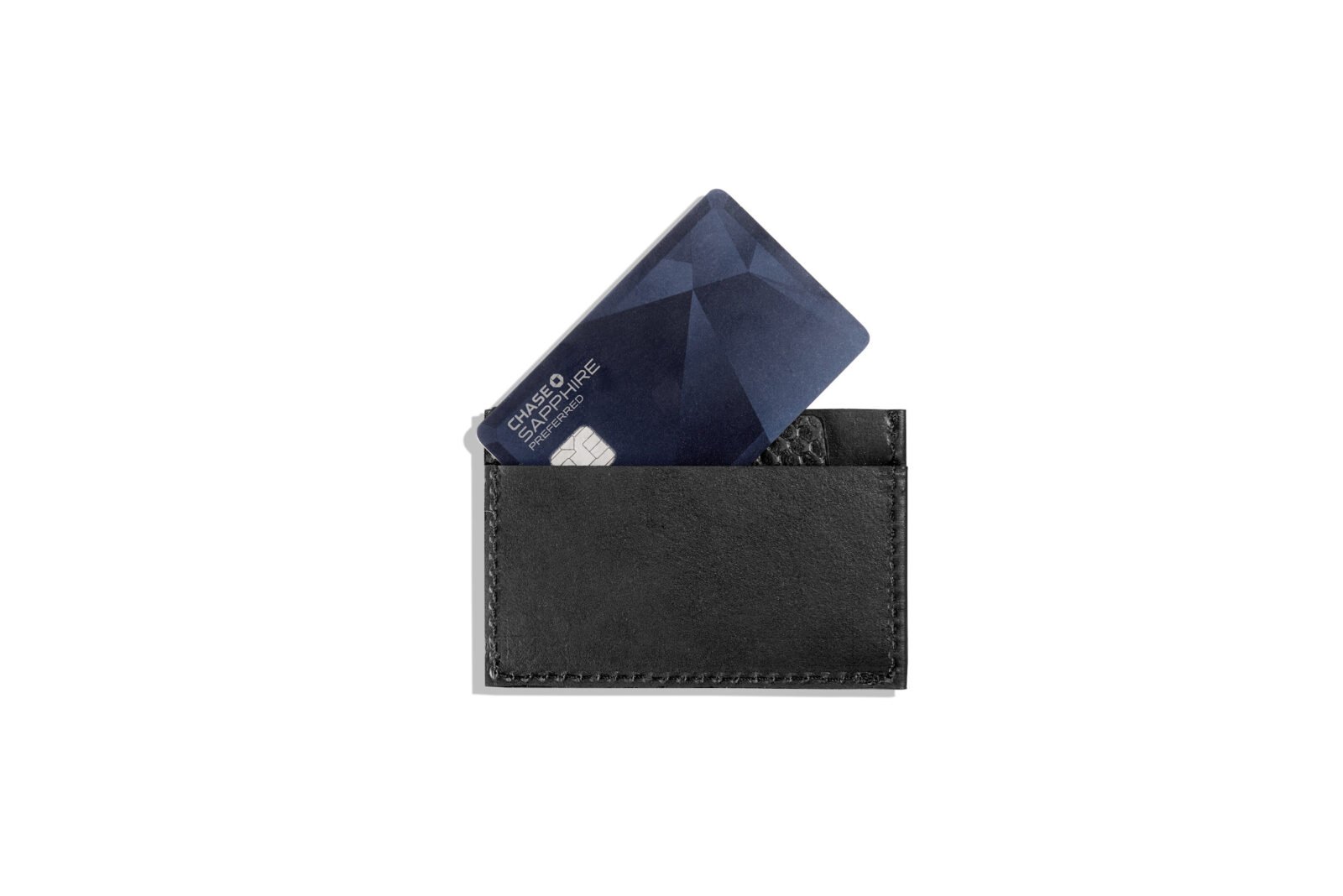 Minimalist wallets are becoming more and more popular, largely because they’re a significant improvement over the George Costanza wallets many of us end up with after a few years of not throwing away receipts for our doughnuts.

If all you really need to carry on you is a few cards and some spending cash, a wallet like The Hit is a vast improvement over the more traditional folding designs. It can carry 4 credit cards, some folded bills, and a few business cards, and it’ll fit neatly in both your front and back pocket.

The Goods is an LA-based company that takes pride on only using American materials, and on making all their goods by hand. The Hit Wallet, is made from full-grain vegetable tanned black cowhide leather with a printed snake skin pattern on the inside. It has heavy duty stitching around the perimeter, and an embossed logo on the front. 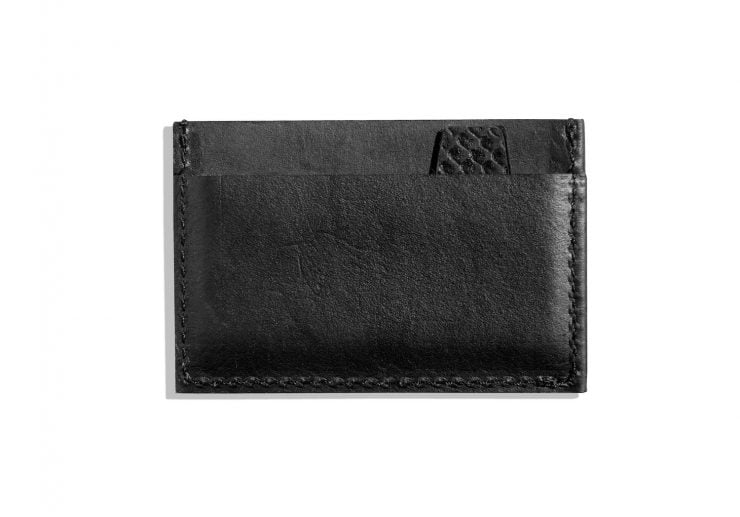 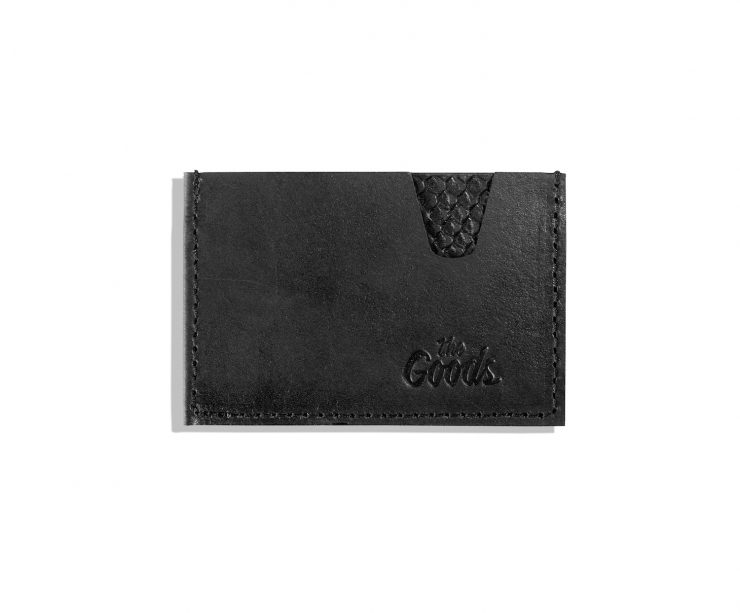 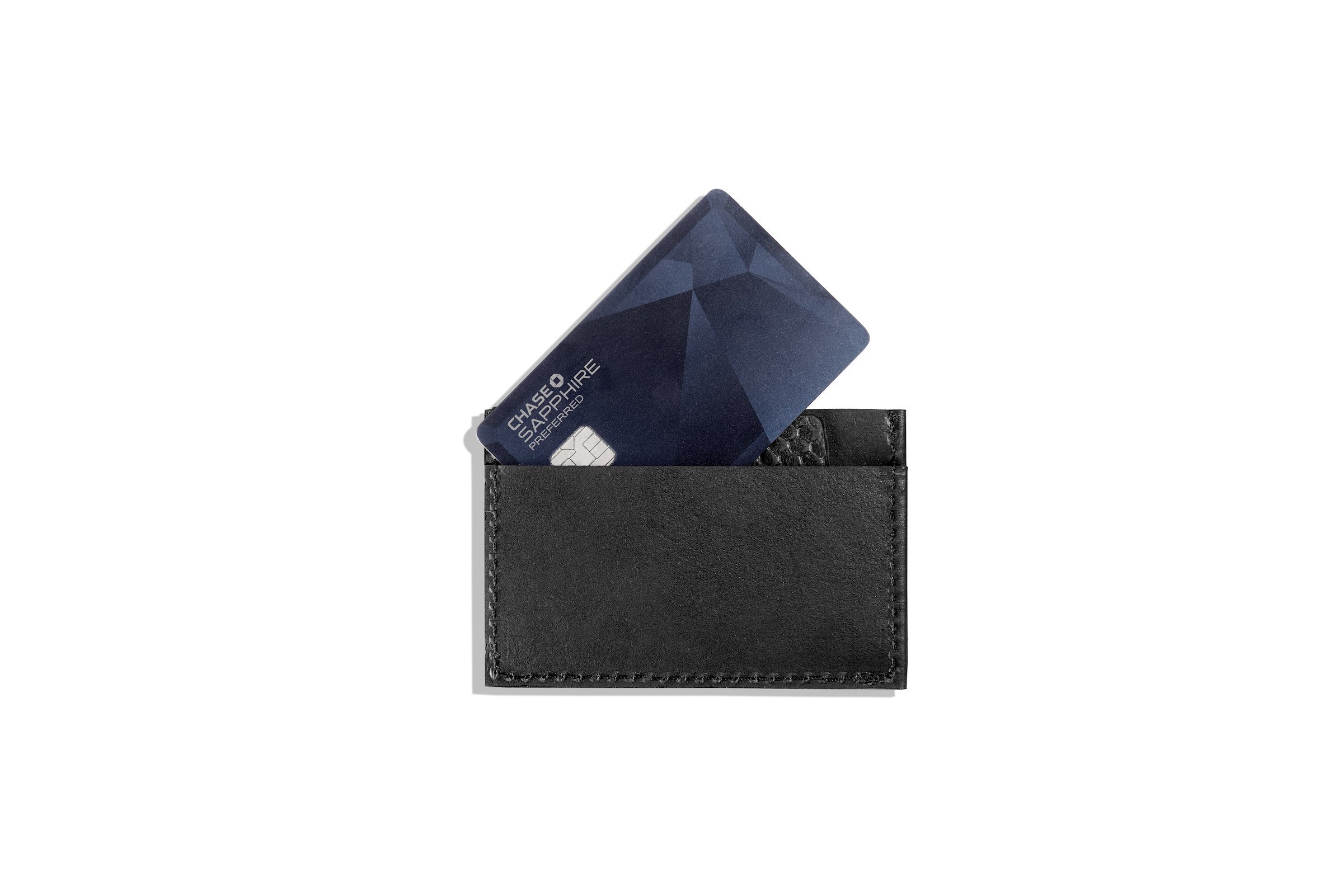