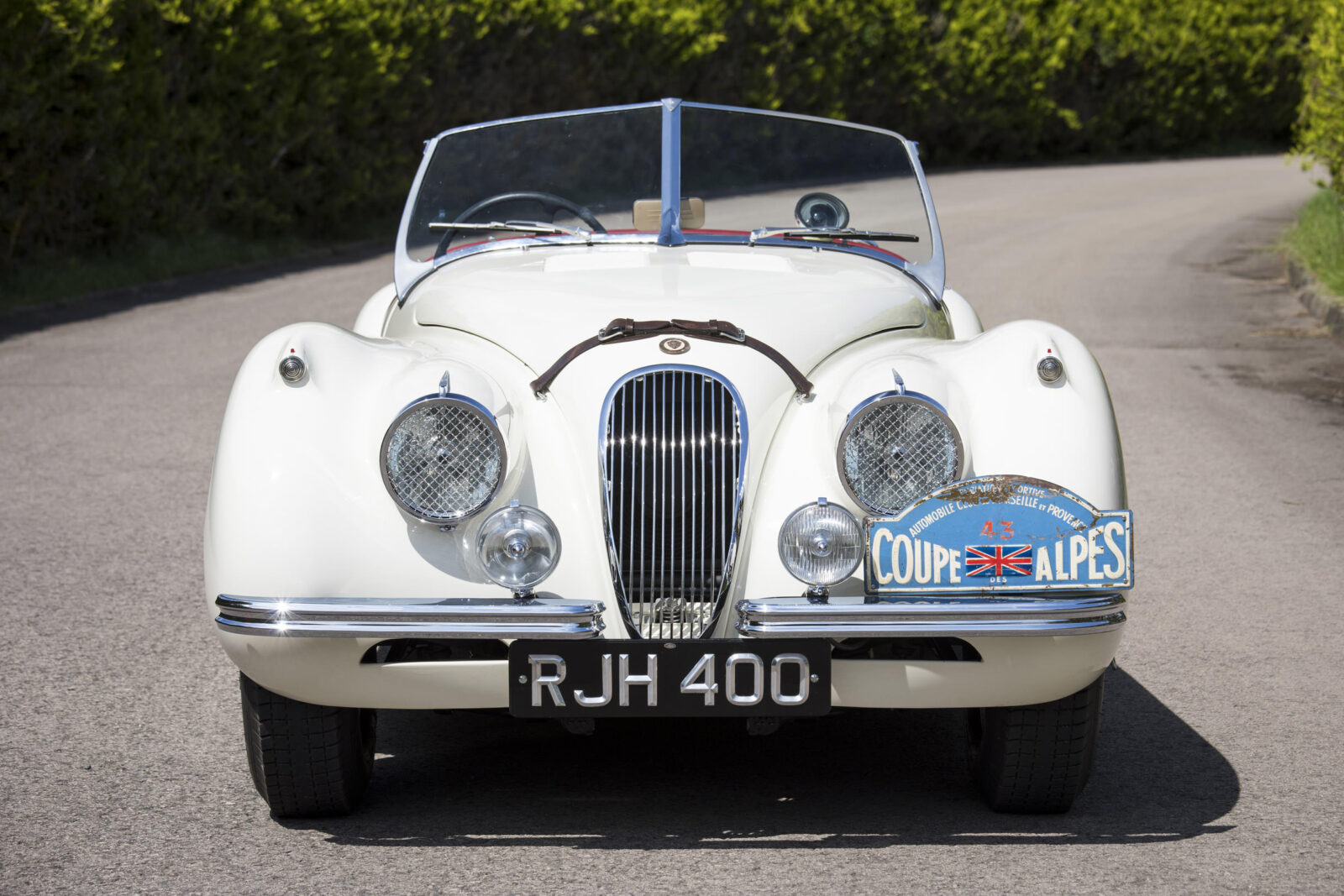 This competition-spec Jaguar XK120 was ordered new by talented British privateer racer Eric Haddon. It was to be one of the last XK120s built, and it was built under the watchful eye of “Lofty” England – the legendary manager of the Jaguar racing team in the 1950s.

The Jaguar Works department built the car for rally use, so a heavy-duty sump guard was fitted, and a bespoke exhaust was installed that exited through twin holes in the rear left fender – this was to avoid having the stock exhaust scrape, as it tended to hang low.

The suspension was also modified for competition, and a number of Jaguar C-Type performance parts were used including a close-ratio gearbox. Bonnet louvres were added to aid cooling and air flow, a quick-fill fuel cap was installed as well as an aluminum fuel tank and a radiator blind (a radiator shroud).

Haddon was ted no time entering the XK120 Competition into top tier rallies, with its first entry being the challenging 1954 Tulip Rally. Of the 211 starters, just 128 completed the grueling 2,100 miles around Europe. Along with his co-driver Charles Vivian, Haddon drove RJH 400 to take second in class – a remarkable feat considering he was still so new to the car.

The same two men next took on the Coupe des Alpes (the Alpine Rally), taking a popular win in the Unlimited Class against some of the quickest professional drivers on the Continent.

In recent years the car has been carefully returned to its original Coupe des Alpes specification and is now being offered for sale by Fiskens. The car would make an excellent entry into modern events like the Mille Miglia or the Goodwood Revival, and its period competition successes would all but guarantee a warm welcome. If you’d like to read more about this car or enquire after buying it, you can click here to visit Fiskens. 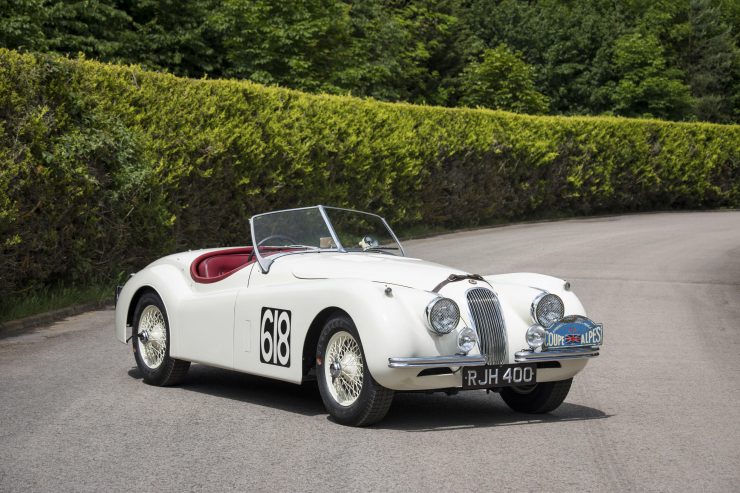 The Jaguar XK120 was first shown to the public in 1948, it was just 3 years since the end of the Second World War and this new, sleek Jaguar was exactly what the British public needed. Even though the price was far beyond reach for most working class Brits, the fact that it was the fastest production car in the world was a source of great pride – Jaguar further capitalised on this by setting multiple world speed and endurance records with the XK120 over the course of its 1948 to 1954 production run.

When the car was initially shown to the world at the 1948 London Motor Show it had been intended as a showcase for the new Jaguar XK engine – a double overhead camshaft inline-6 that was so well-designed it would stay in production in one way or another until 1992. The name of the new sporting Jaguar was directly derived from this XK engine, and it’s ability to push the car to top speed of 120 mph – hence the XK120.

The public reaction to the new XK120 was so overwhelmingly positive that Jaguar boss and co-founder Sir William Lyons approved it for immediate production. The first 242 cars in the series were wooden-framed with aluminium panels, it wasn’t until early 1950 that the all-steel bodies began customer deliveries, these cars were 51 kilograms heavier – but they benefited from significant additional strength and rigidity.

Many marque historians consider the XK series of cars to be the vehicles that really put Jaguar on the map as a builder of some of the world’s finest sports cars, a tradition that was carried on with the E-Type through the ’60s and early ’70s, and by the F-Type today. 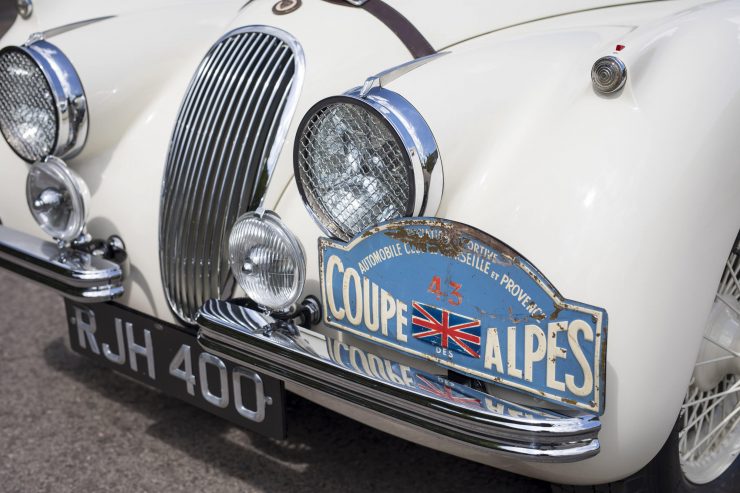 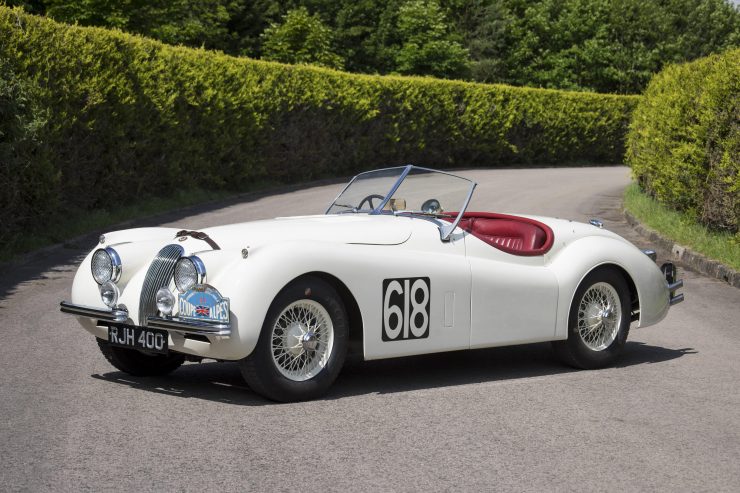 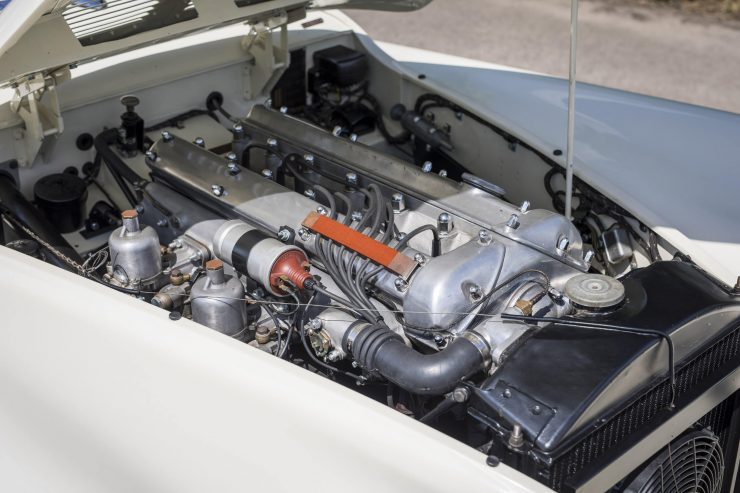 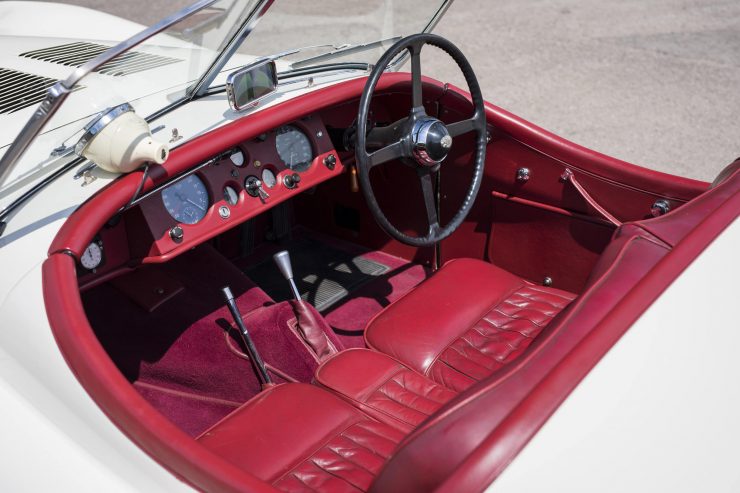 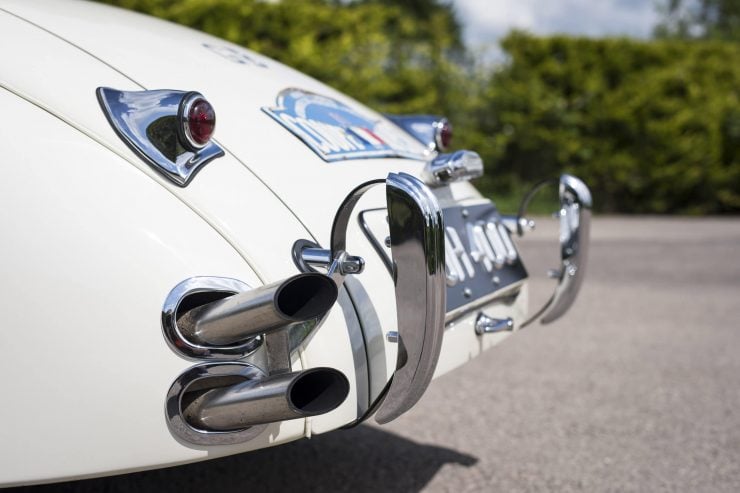 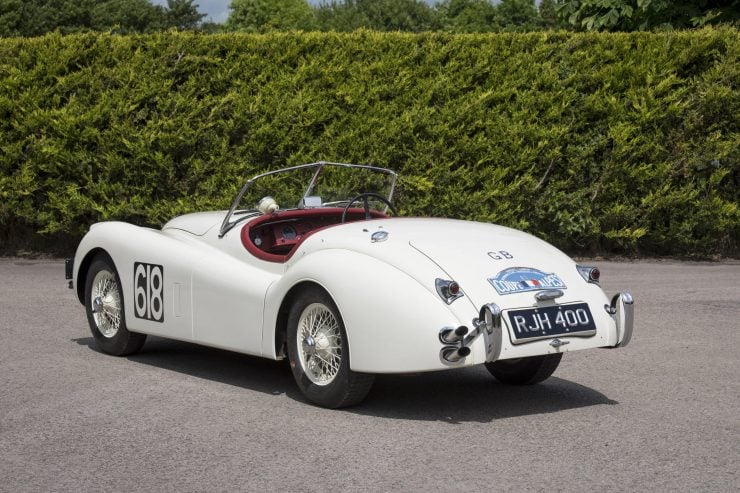 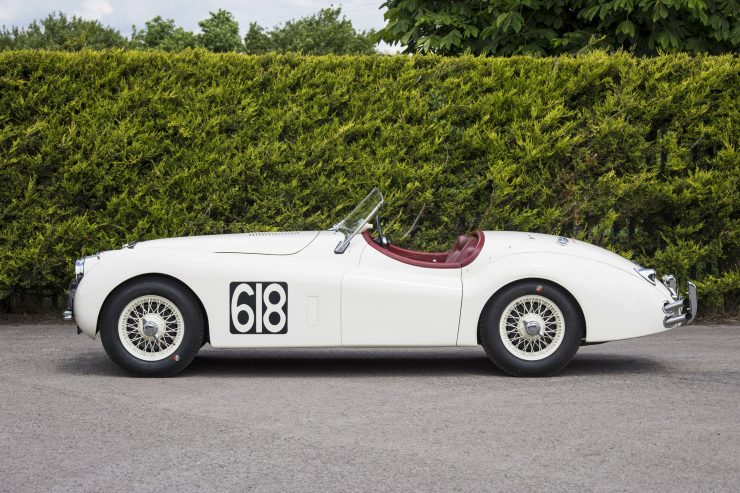 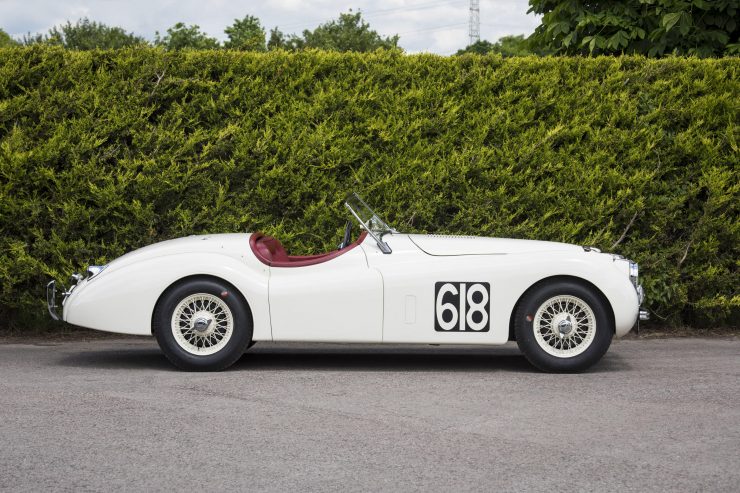 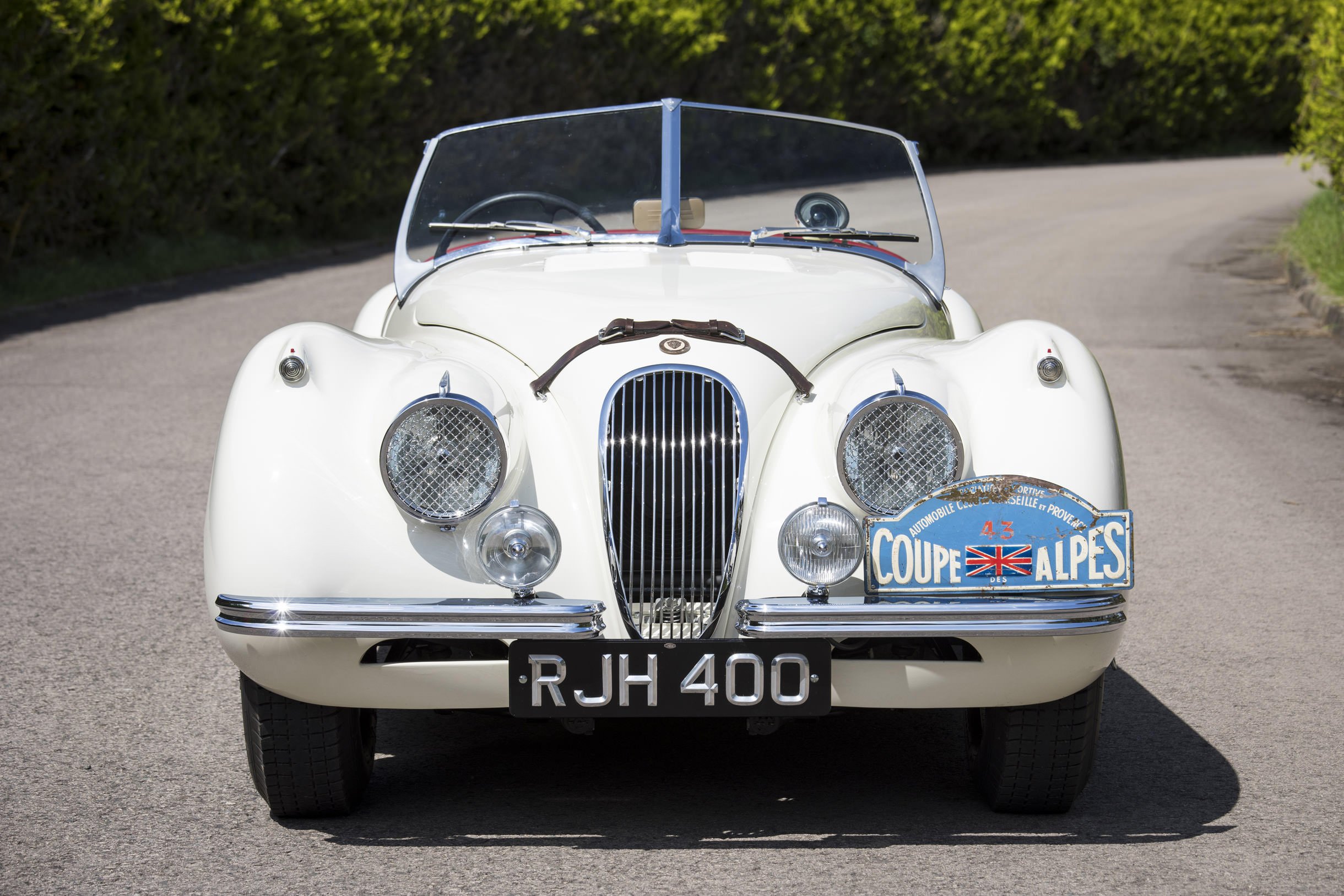