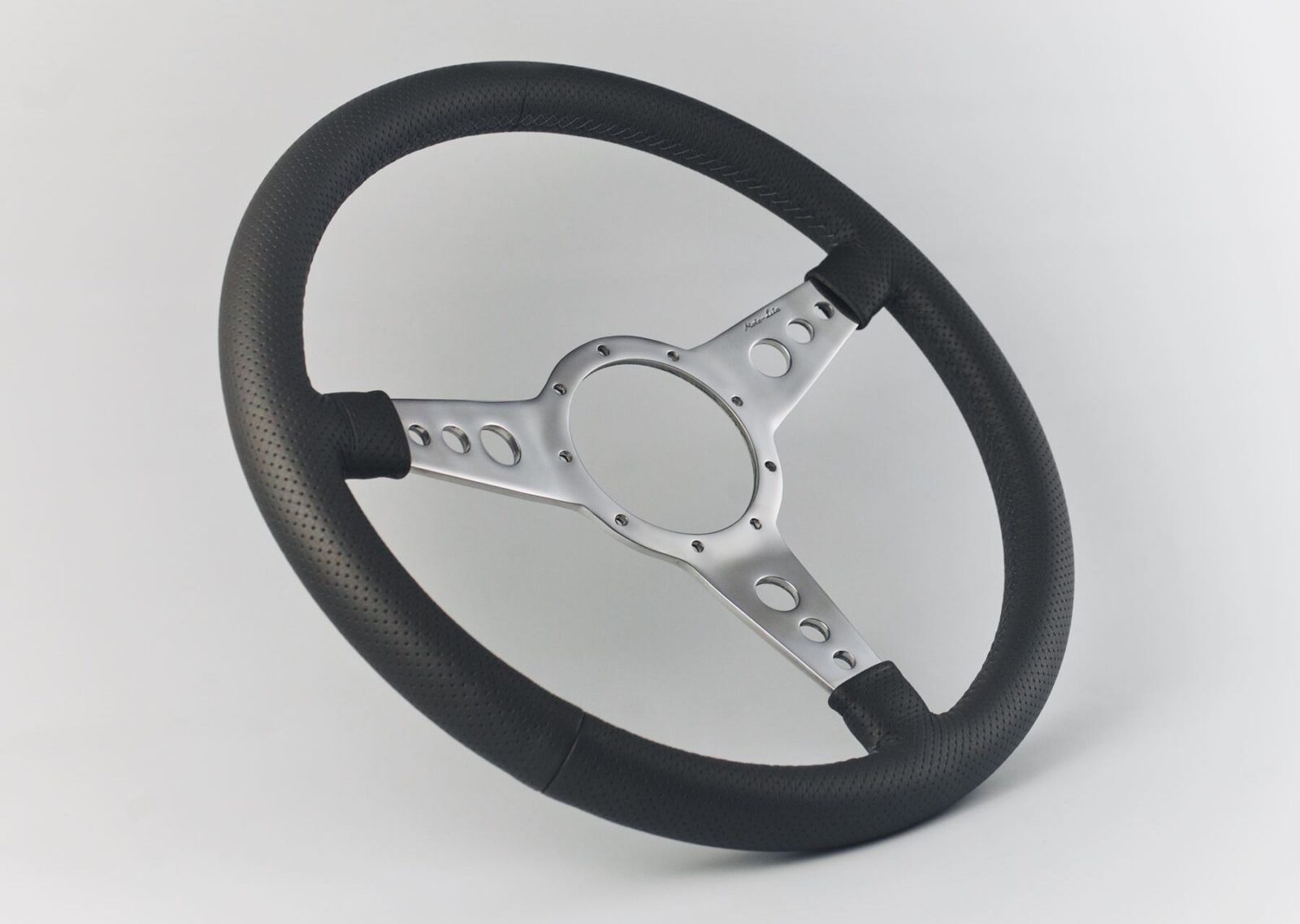 The Moto-Lita Mark Four is a classically-styled leather rim steering wheel from the storied British company with an aluminum-alloy chassis, and characteristic circular cutaways in the arms to reduce weight.

Moto-Lita has been a leading name in the world of high-end classic and vintage car steering wheels since the late 1950s. The company was founded by Simon Green in the mid-50s, he had started out working for the Cooper Car Company as a 14 year old apprentice and he would eventually work for Connaught Engineering followed by Hersham & Walton Motors – better known as HWM.

Today the company retains their long history of making each steering wheel by hand in a wide variety of sizes and styles to suit almost any classic car you can think of.

The Moto-Lita Mark Four features a solid rim with either standard or perforated leather hand-sewn to the alloy wheel. This model is a popular choice on a huge variety of vintage cars, from muscle cars to small 4-cylinder European roadsters and everything in between.

The Wishbone is a custom car built by Ed “Big Daddy” Roth in 1967, it proved to be a disaster for him and his company, he became so incensed with the car he had it…

The Jaguar XK120 is one of the most beloved British sports cars of the 20th century, so you can imagine the heartbreak of a young man who owned an XK120 when he discovered it had…