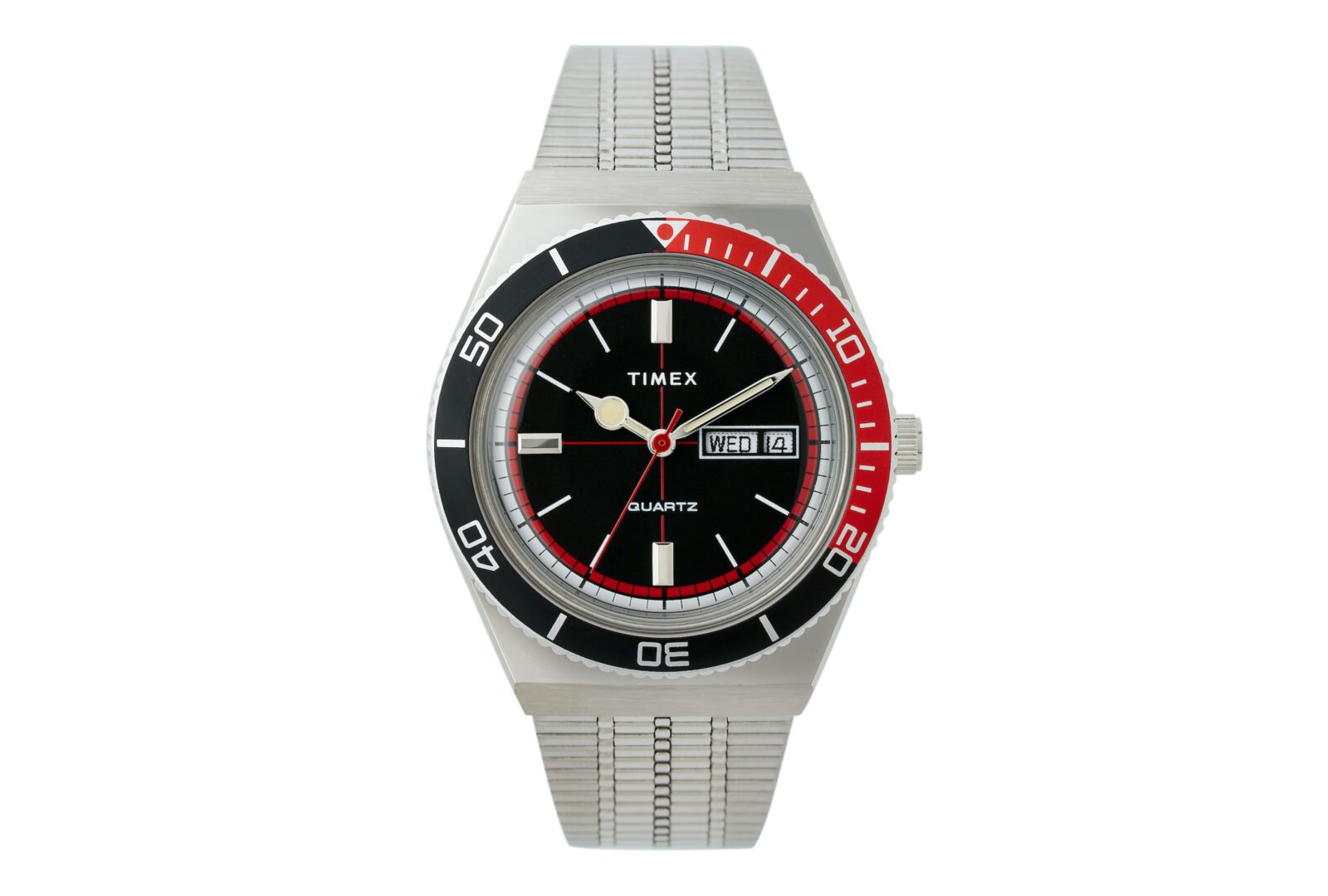 The design of the Huckberry x Timex “Cola” Sport Watch was directly inspired by military watches of the 1970s and 1980s. It has a military style “crosshair” dial in red and white with ecru luminous paint, and it has a functional aluminum timing bezel with the first 20 minutes anodized in bright red.

Timex is almost certainly America’s most prolific watchmaker, the company was originally founded in 1854 as the Waterbury Clock Company, and became Timex in 1941. Over the decades Timex has developed a reputation for making tough, reliable, and affordable watches – many Americans received a Timex as their first watch.

In recent years Timex has become retro cool and they’ve enjoyed a surge in popularity with people who aren’t inclined to spend thousands of dollars on Swiss watches.

Huckberry was founded in 2010 and it’s grown to become one of America’s favourite online outfitters, this is their second collaboration with Timex and just like the first, this one is limited edition.

The watch has a tough stainless steel case, a scratch-resistant acrylic domed crystal, and a reliable, maintenance-free Seiko PC33 quartz movement. Changing the battery is a simple matter of opening the back battery hatch with a coin, so you can change them yourself without needing a jeweller.

Each of these watches is fitted with a woven stainless steel bracelet, they have an INDIGLO® lume on the dial for nighttime visibility, as well as a date window that includes the day of the week. 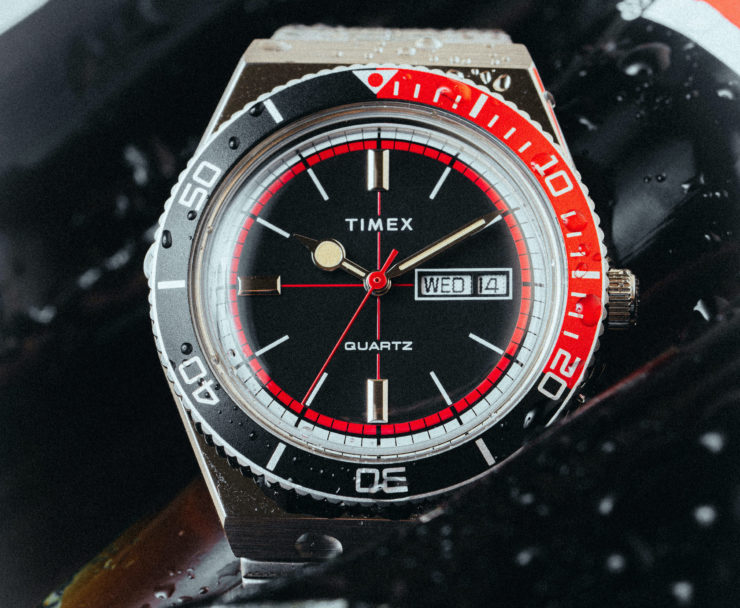 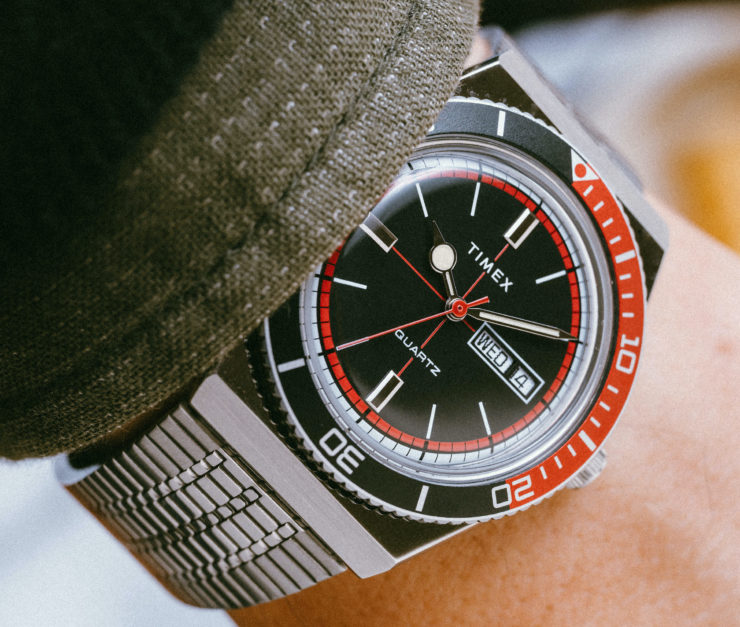 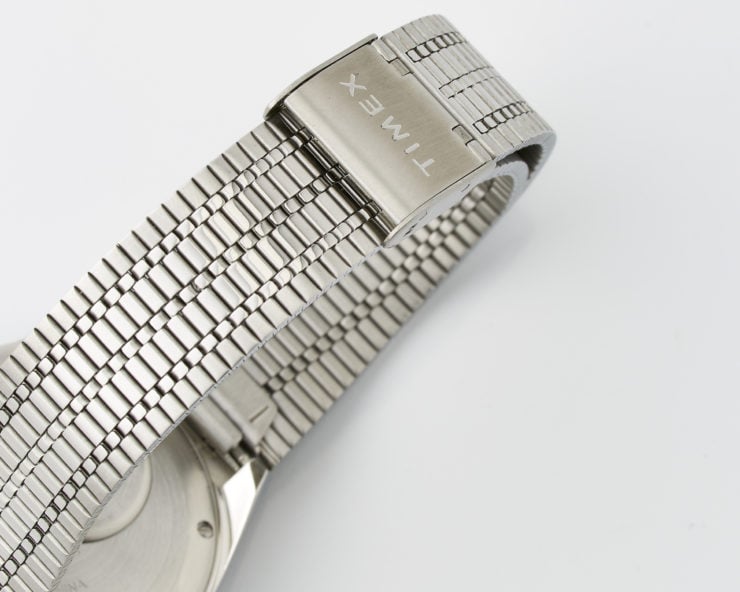