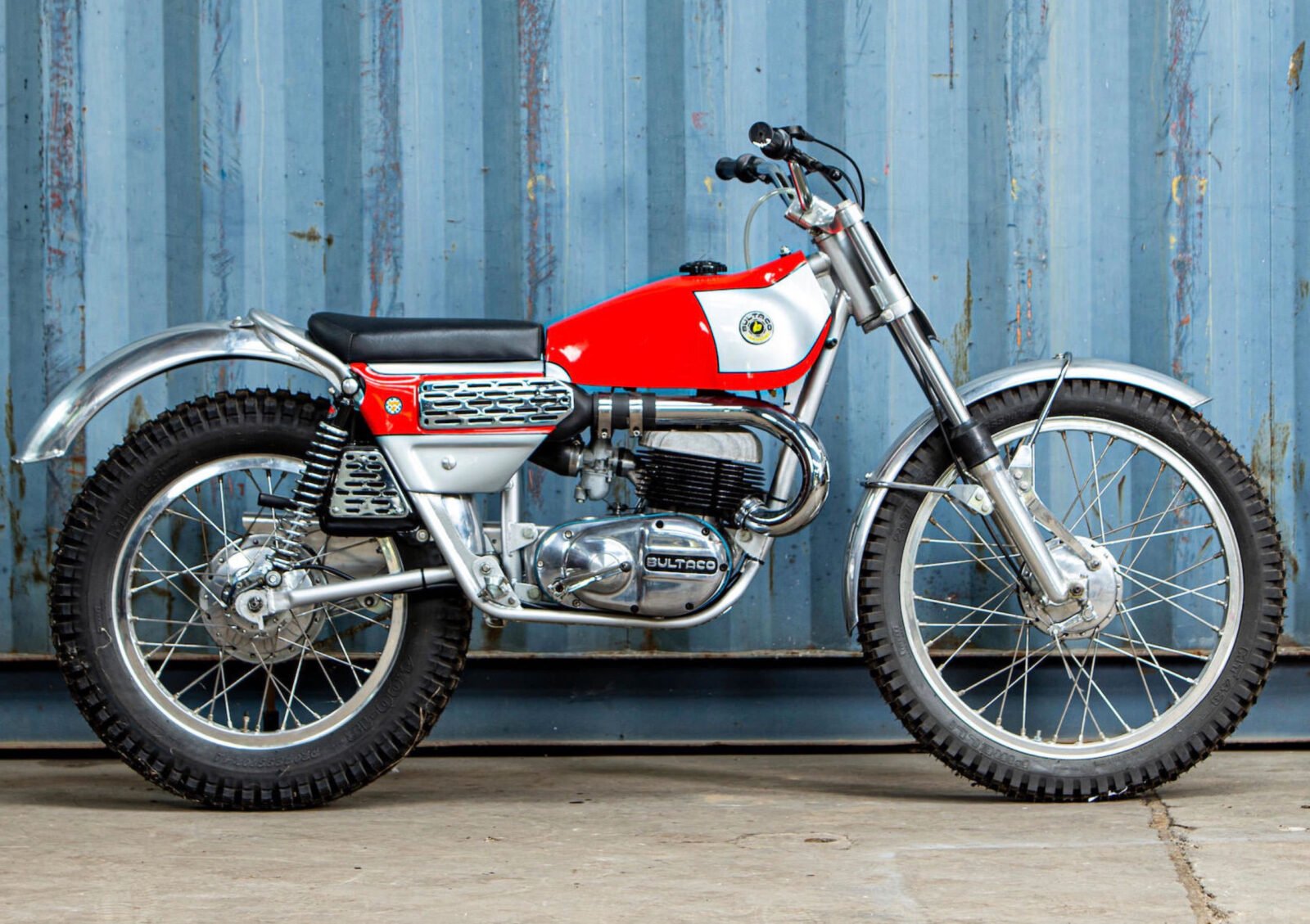 The Bultaco Sherpa would prove to be one of the most consequential motorcycles of the 1960s, it seemingly came out of nowhere to dominate the world of observed trials competition, and it forever changed the sport.

Before the arrival of the Sherpa, trials competition was largely dominated by large and heavy British four-stroke motorcycles. Many of these were little more than road bikes that had been modified for off-road use with sump guards, knobbly tires, raised exhausts, and wider handlebars – like scramblers.

Famous Irish trials rider Sammy Miller wasn’t entirely happy with the British machinery and so he approached Bultaco about building a new kind of trials bike. Bultaco was already world renowned for their successful lightweight two-stroke engines, and the pairing of the Spanish motorcycle maker with Sammy Miller would create a once in a generation winning combination. 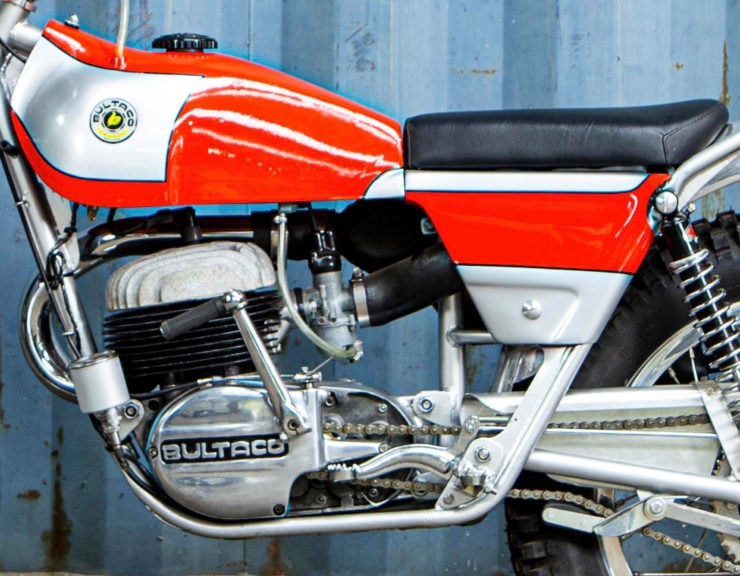 Unlike the heavier British bikes the Bultaco Sherpa was exceptionally small and light, it utilized a simple frame and a small two-stroke, single cylinder engine that sent power to the rear wheel via a chain drive. The Sherpa was designed to offer exceptional ground clearance and it was highly manoeuvrable, the two-stroke engine punched well above its weight and when all these factors were combined the new Bultaco proved unbeatable.

It was clear from the first wins taken by Sherpa riders that a paradigm shift had just occurred, it would be one of a few such shifts that would spell the collapse of the formerly dominant British motorcycle industry. It’s unlikely they would have taken the small Spanish motorcycle maker as a serious threat until it was far too late. 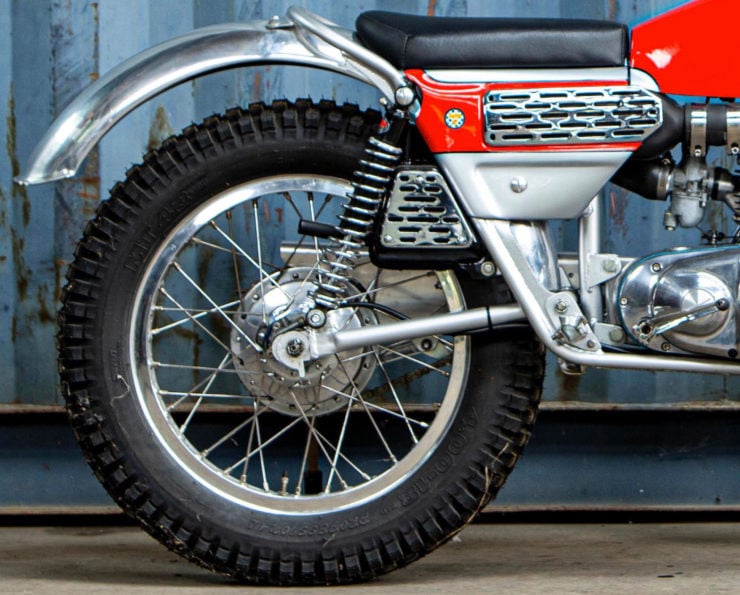 Bultaco was founded by Francesc “Paco” Bultó in 1958 after an argument with Pere Permanyer, the majority shareholder of Montesa where Bultó was employed as company director. Due to an economic downturn Permanyer wanted to eliminate the company’s expenses on motorsport, and Bultó staunchly disagreed – believing motorsport to be the lifeblood of the company.

Thanks to the encouragement of some former Montesa employees Bultó established his own company, and thanks to a suggestion by competitive rider John Grace, he called his new motorcycle company “Bultaco” – a portmanteau of “Bultó” and his nickname “Paco”.

The 1971 Bultaco Sherpa you see here was restored in 2016, it’s now presented in excellent overall condition with an eye-catching original paint scheme and a set of period-correct knobbly tires ready to tackle the trails. If you’d like to read more about it or register to bid you can click here to visit the listing on Bonhams. 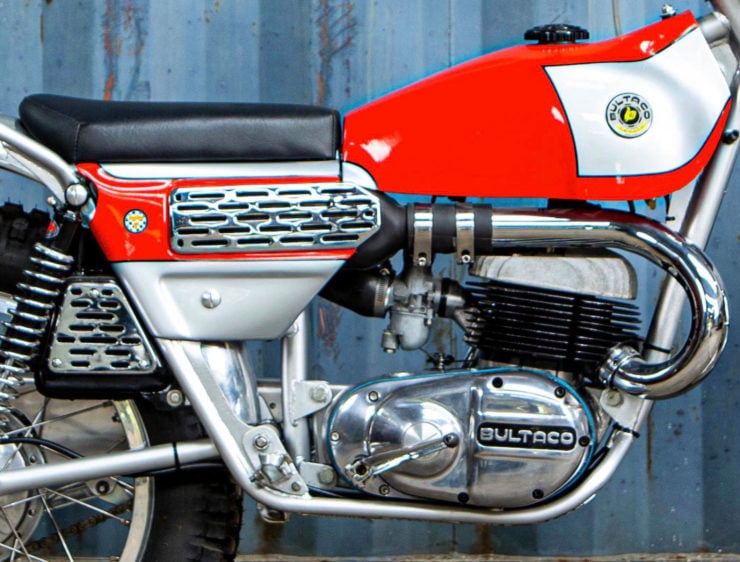 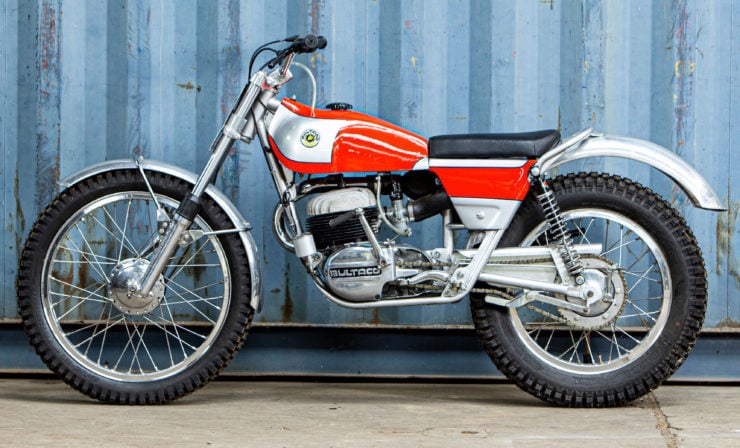 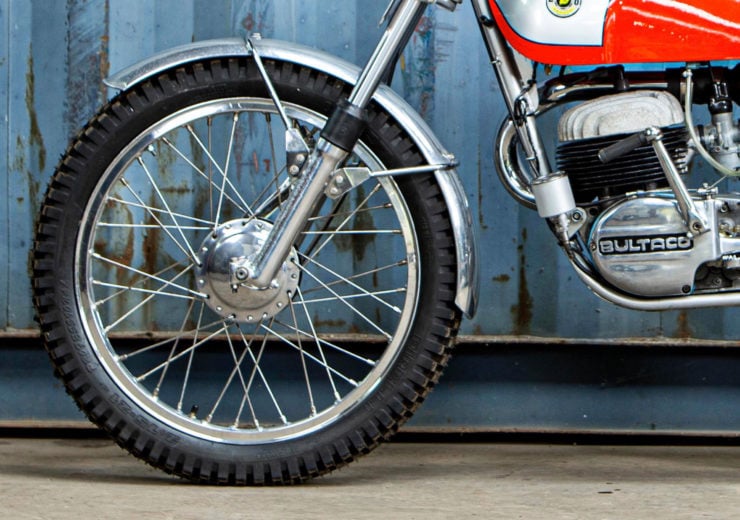 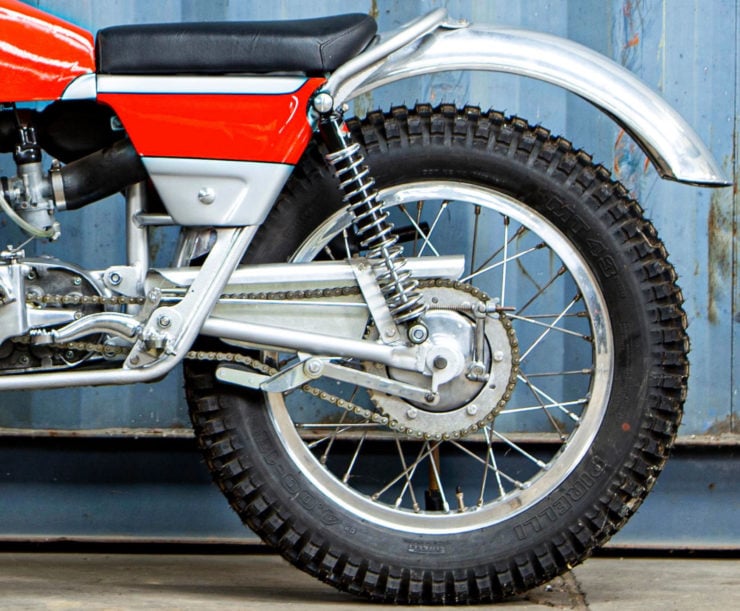 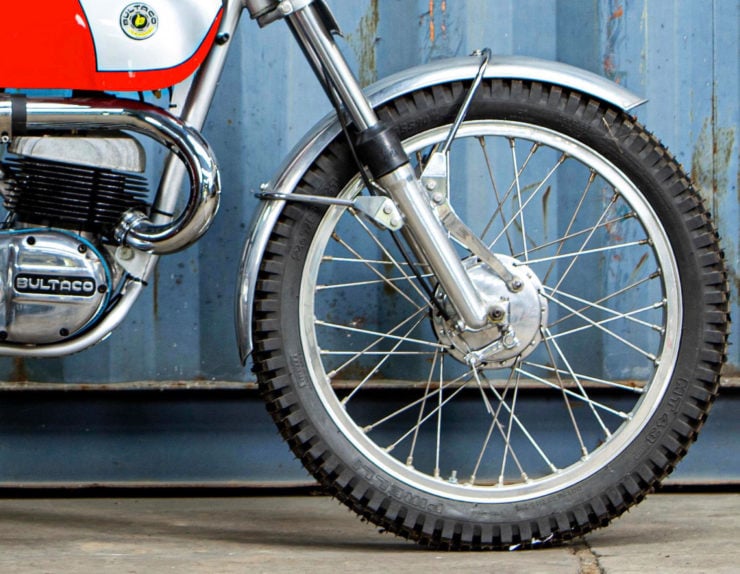 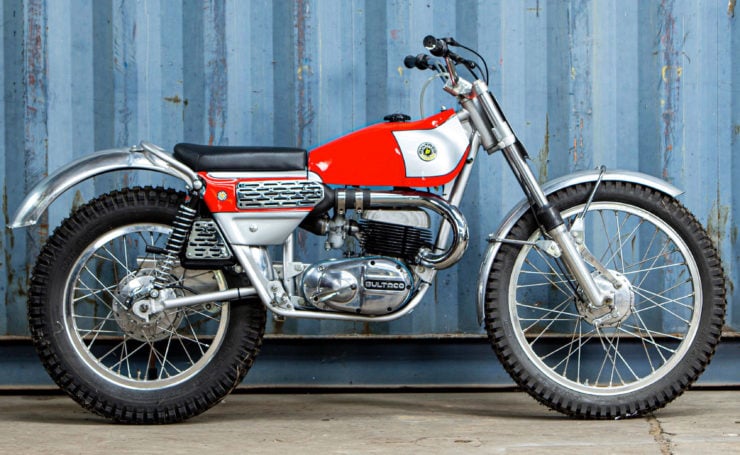