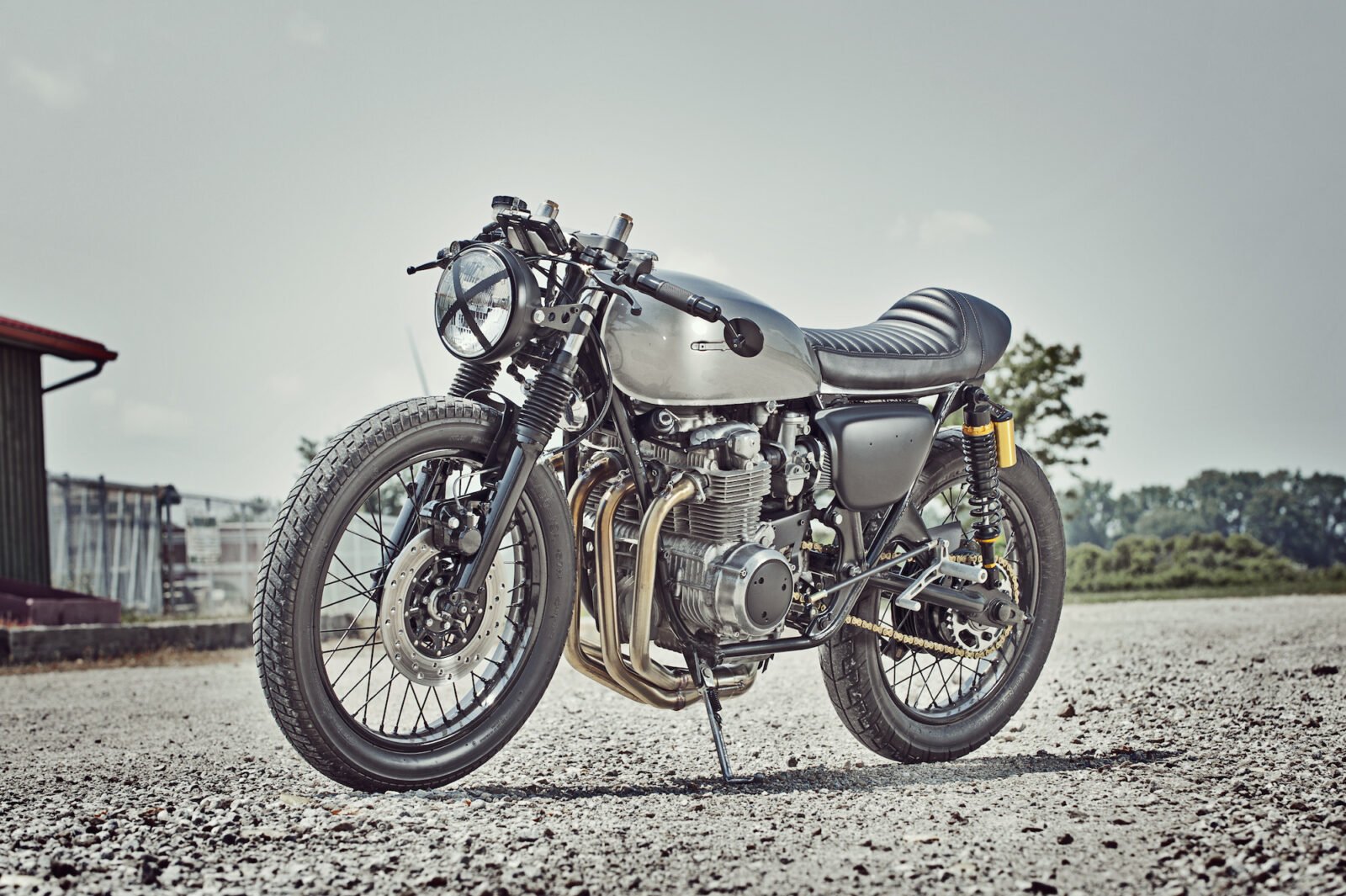 The Honda CB550 is one of those motorcycles that seemed destined for cafe-racerization from the get go, it was lighter than its larger CB750 stablemate and when it comes to cafe racers, lightness is next to godliness.

The CB550 you see here was built by R. Cameron Smyth of Smyth Innovations, his goal was to create a vintage cafe racer with the dependability of a modern sport bike – so starting with a Honda was a good first move.

Once he had acquired the CB550 he researched the model and came to a few conclusions:

“I started by looking at the cons of the stock Honda CB550. The front disc brake would heat up and get sticky, the charging system was inadequate from day one, and its built heavier than it needs to be. So I tore apart and rebuilt the stock front end, pulled all of the extra wiring and bulbs, removed anything the bike doesn’t need and swapped out a lot of the stock parts for lighter aluminium components.”

The list of modifications is expansive, in fact it’s so expansive that I’ve decided to let Cameron tell you about it in his own words, lest I miss something out:

“I upgraded the handling with All Balls tapered roller bearings and a 2007 GSXR steering damper, cross-drilled the rotor to help the rotor cool down while you ride, Nissen brake lever with integrated brake switch to remove the old pressure switch, and swapped the old stock gauges, cables, and mount for a custom Moto Gauge Bracket that allows me use my iPhone as a GPS, and Speedometer with audio and video capabilities. I relocated the rear brake switch to the inside of the rear peg mount and shaved the stock pegs flush with custom internal fasteners.

The stock tank was acid dipped, lined, brushed, and clear coated to remove years of paint build up and to show off the stock steel underneath. The stock rear shocks were swapped for 14.5″ RFYs to give the bike the right stance and aggressive appearance and a custom aluminium seat pan, tail light mount and tray were made to enhance the ‘cafe racer line’. Bullit Custom Cycles rear sets were modified and mounted and a stainless steel Moto GPWerks Yoshimura replica exhaust and pod filters were fitted to help the stock carbs breathe.

The bike is best described as a cafe racer + street fighter = cafe fighter named Silverback. Part way through the build the bike acquired the nickname ‘Silverback’ from its bare steel tank and it stuck as it suited the aggressive stance, aesthetics, and sound of the bike. It’s come a long way from its humble stock appearance and after a few suspension mods, and carb adjustments it can give any midsized sport bike a run for its money.”

We’ll be keeping a close eye on Cameron’s work over at Smyth Innovations and will bring more as it becomes available – He’s busy producing not only motorcycles, but a collection of moto-related gear as well – Click here to visit Smyth Innovations to see more. 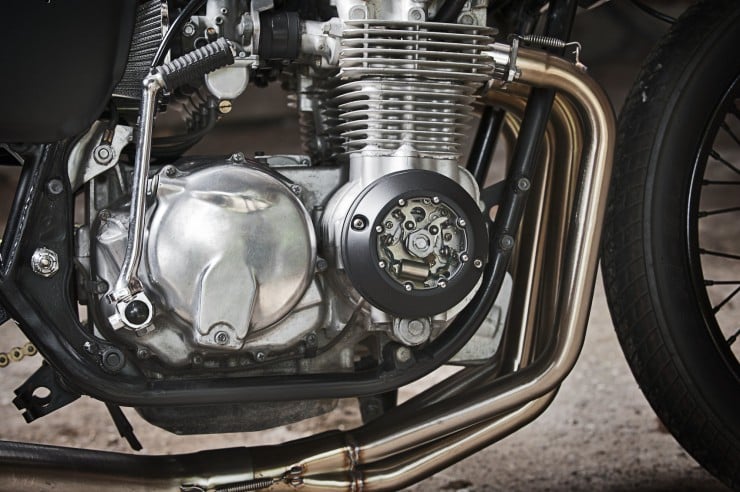 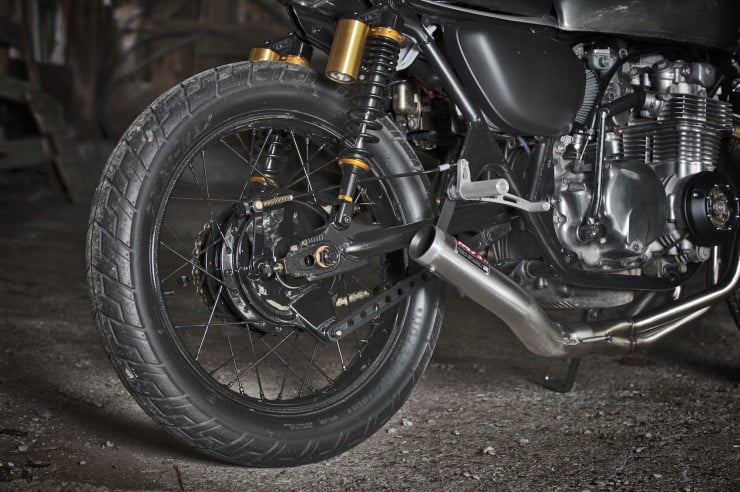 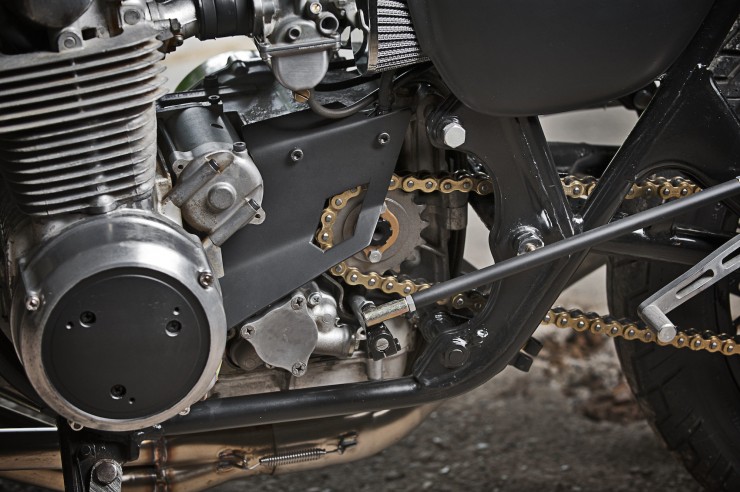 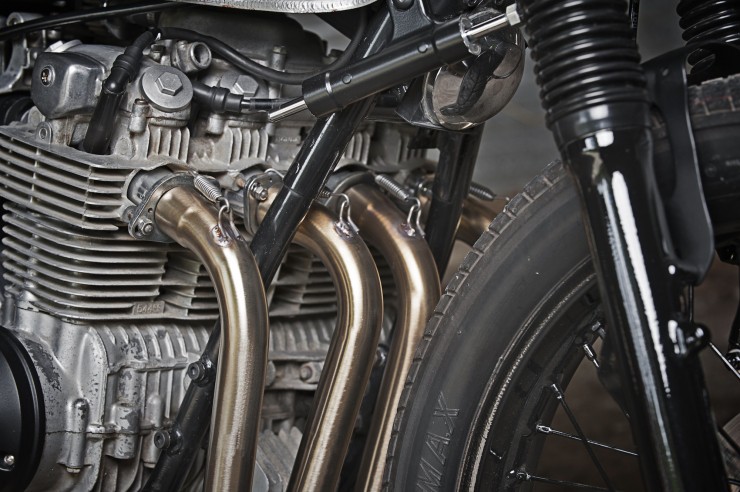 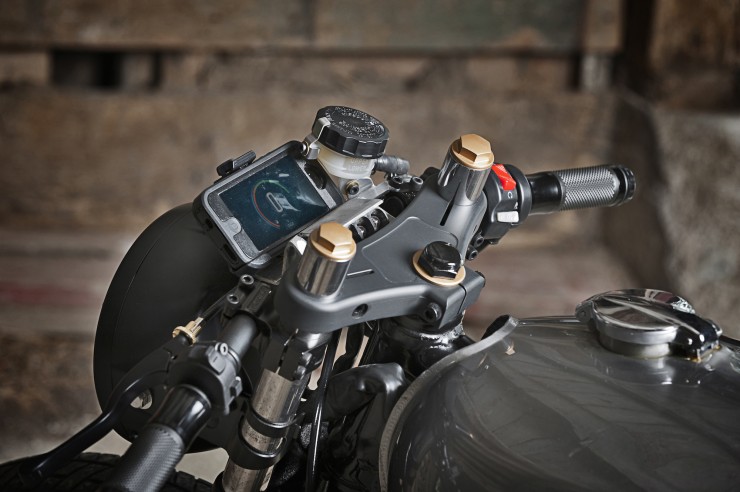 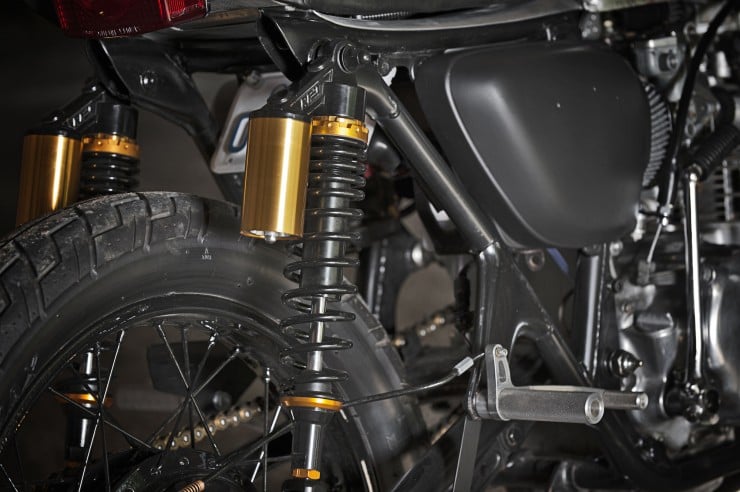 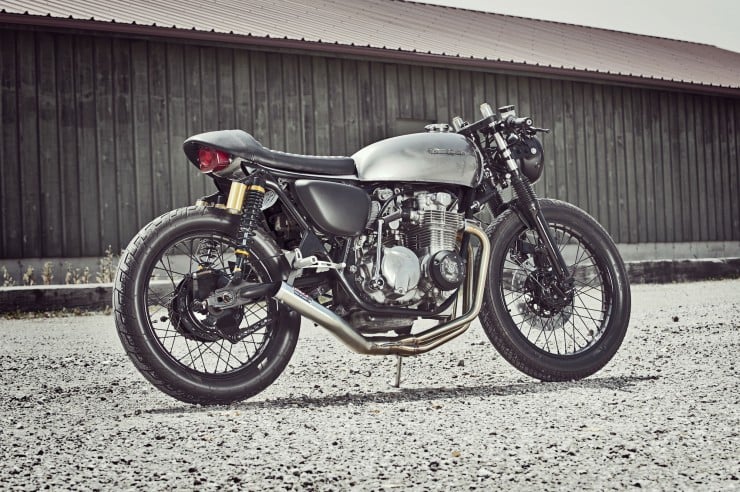 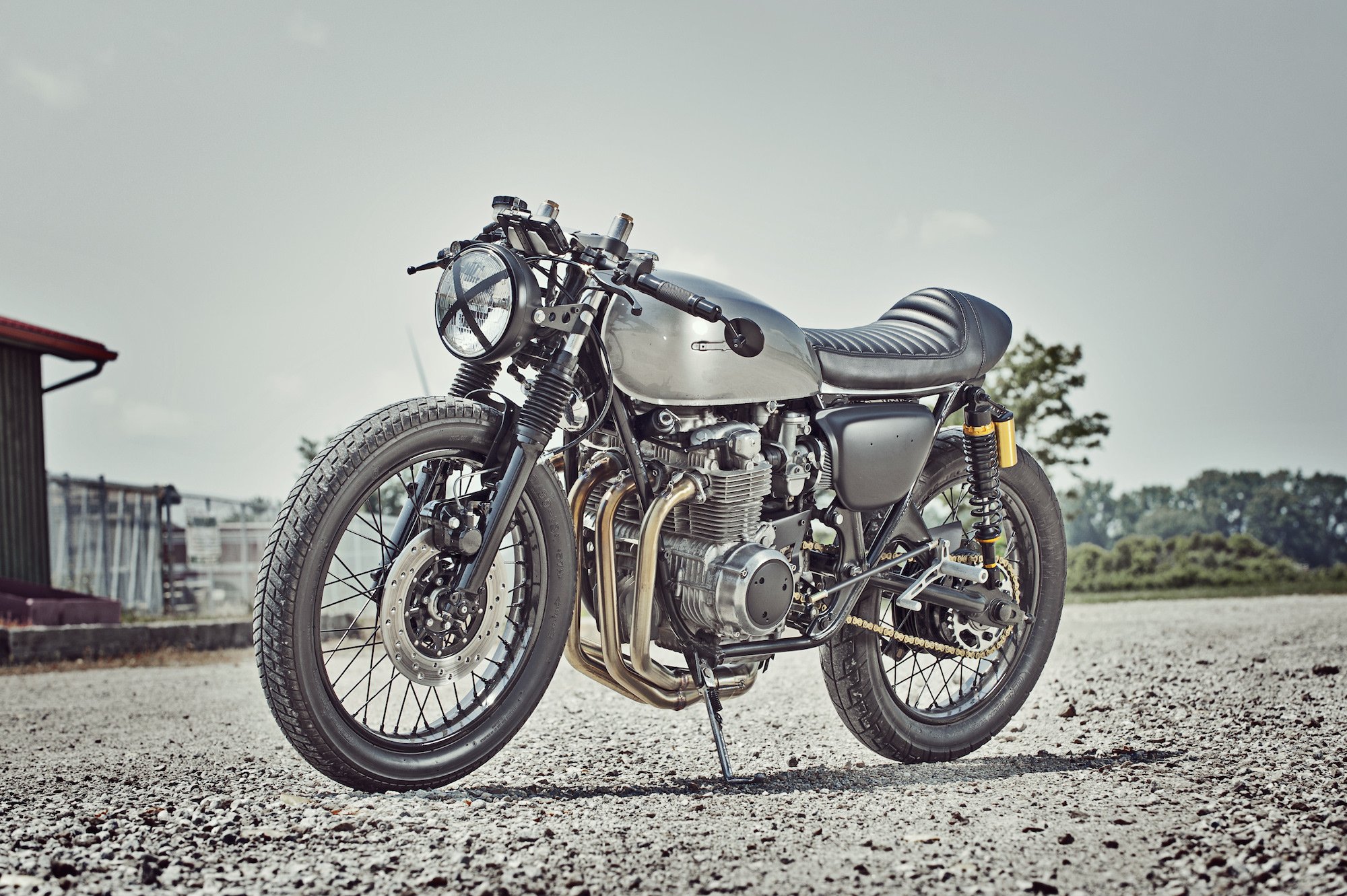