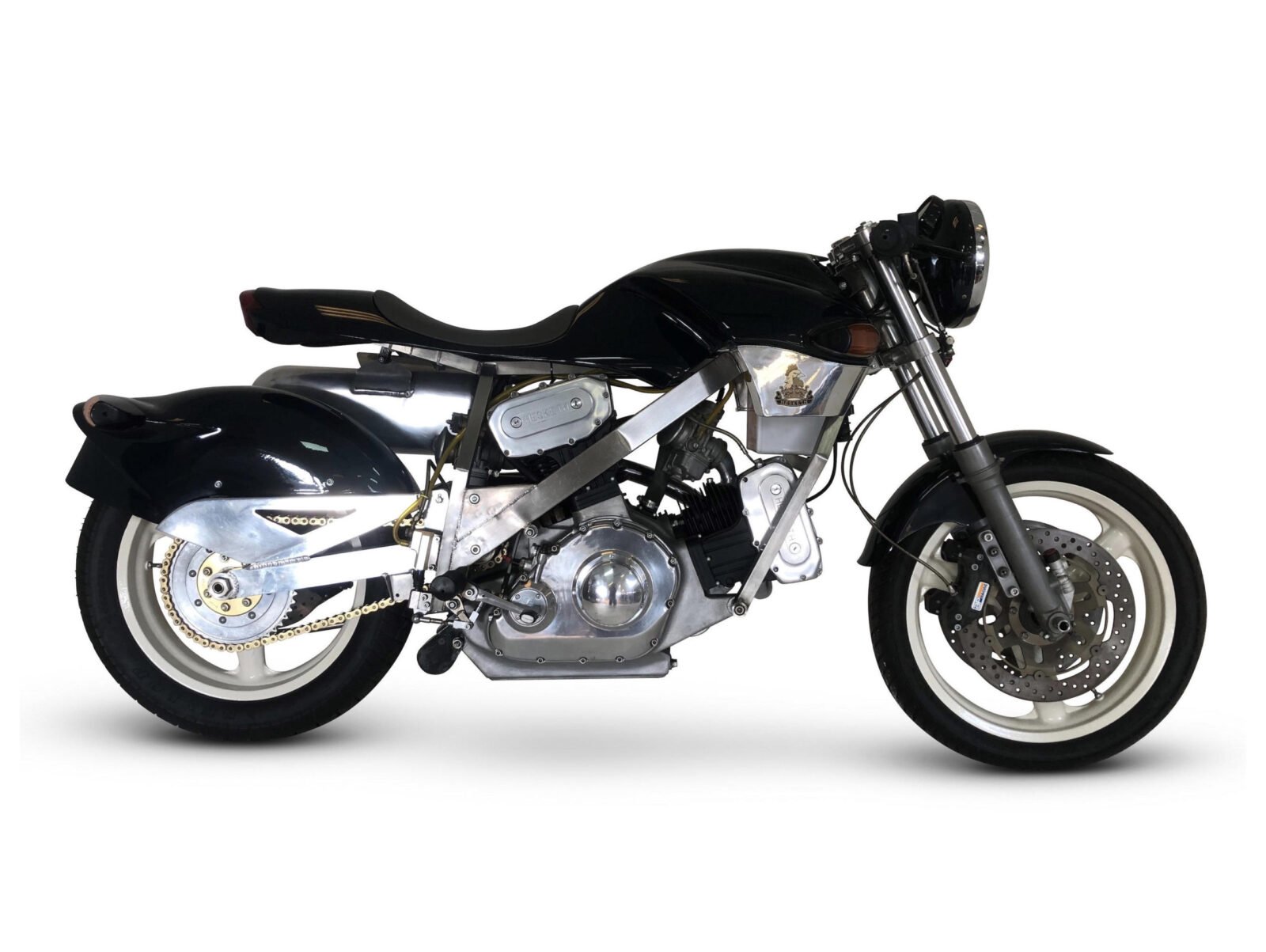 The Hesketh Vortan is a one-off prototype motorcycle developed by Hesketh engineer Mick Broom, it was intended to be built as a low volume production motorcycle – with plans to build just 14 of them.

Sadly only eight deposits were forthcoming and as a result the project was shelved, leaving the Vortan you see here as the only one that was ever built – an unusual British superbike that will always be the only one of its kind in the world.

The 1970s and 1980s were a dark period for the British motorcycle industry. The formerly dominant British motorcycle marques had been surpassed by a seemingly unstoppable onslaught of technically superior motorcycles from Japan – and many of the once popular marques went bankrupt as people stopped buying them.

Although this was a gloomy era for the industry in the United Kingdom there were a few bright spots, there were also a few flashes in the pan that could have been something extraordinary but never quite reached their full potential. Hesketh Motorcycles was one good example of the latter. 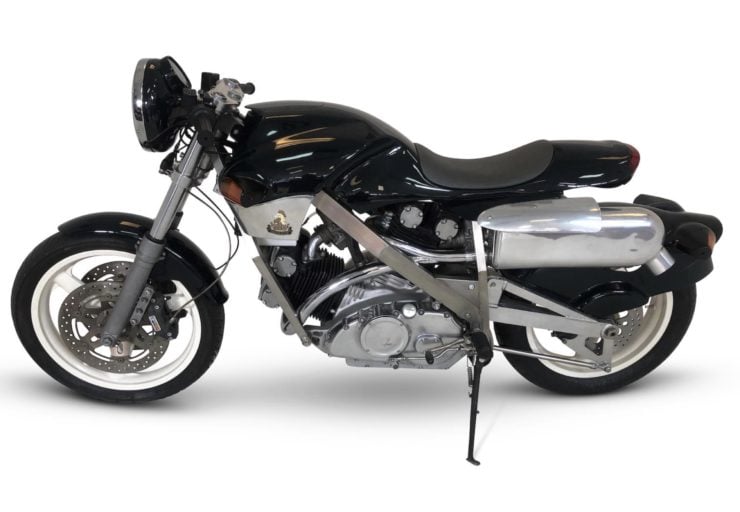 Lord Hesketh saw what was happening to the British motorcycle industry in the 1970s and as a fiercely patriotic Brit, he found it disgraceful. He was pre-occupied a little in the 1970s running a Formula One team and fielding one of the most famous drivers of the time – James Hunt. After leaving the world of F1 he turned his attentions to seeing what he would do to turn around the fortunes of England’s storied two-wheeled enterprises.

Hesketh Motorcycles was founded by Lord Hesketh in 1980 to develop an all-new British superbike to trounce the then-dominant Japanese and return Britain to its position at the forefront of the motorcycle industry.

He met with engine designers Weslake to get a new and entirely modern 1,000cc 90º V-twin engine developed – an engine with double overhead cams per head, four valves per cylinder, with unit construction that incorporated a 5-speed gearbox.

This all-alloy engine was a far cry from the much simpler pushrod twins the Brits had become best known for, the Hesketh engine was used as a stressed member, which further helped to improve rigidity. A new nickel-plated tubular steel frame was designed, and the bike used Marzocchi forks up front and a pair of matching Marzocchi shock absorbers in the rear. 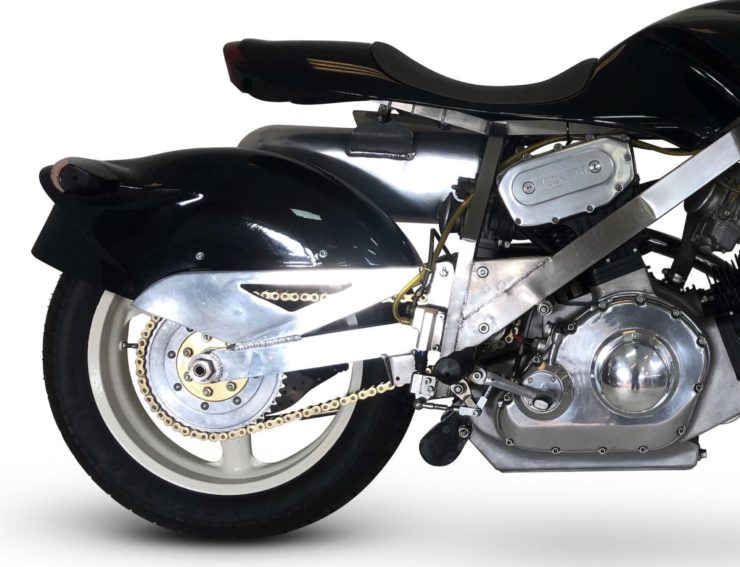 Drum brakes were long gone in high-end bikes by this point, the Hesketh was fitted with twin 280mm discs up front and a single 280mm disc in the rear. Once it reached production the motorcycle was capable of 82hp at 6,800 rpm and 78 lb ft of torque at 5,400 rpm, sending the bike on to a top speed of 138 mph.

Unlike the Hesketh V1000 and the Hesketh Vampire, the marque’s two primary production motorcycles, the Vortan uses a custom alloy box-section perimeter frame, a one-piece fuel tank/seat/rear fairing and a custom rear fender.

The Vortan is now being offered for sale by Mick Broom, a man who has done more to keep the surviving Hesketh motorcycles on the road than any other. He explains that the Vortan’s engine is missing some parts however he can provide a full list and advice on how to get the bike running again. 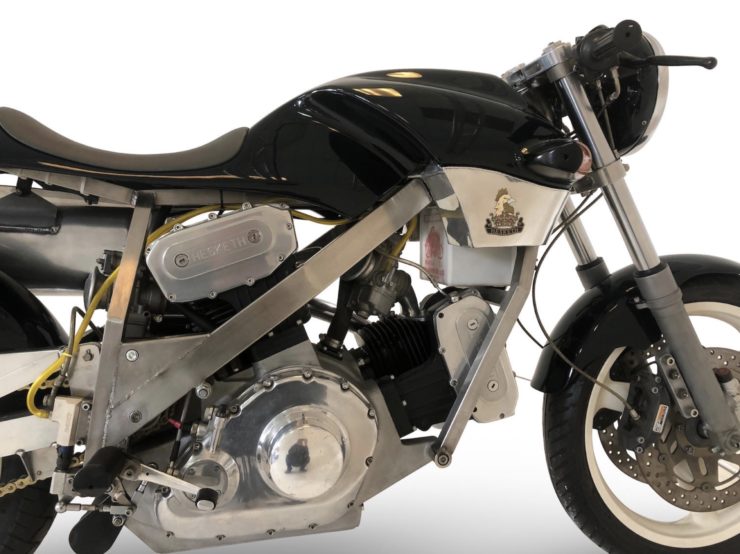 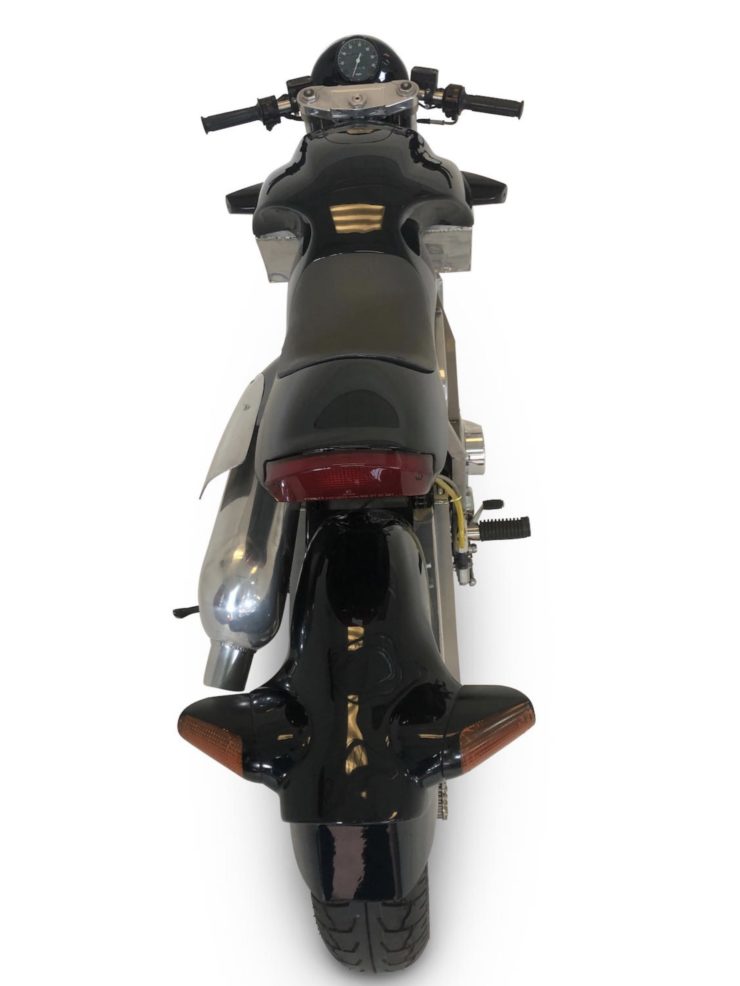 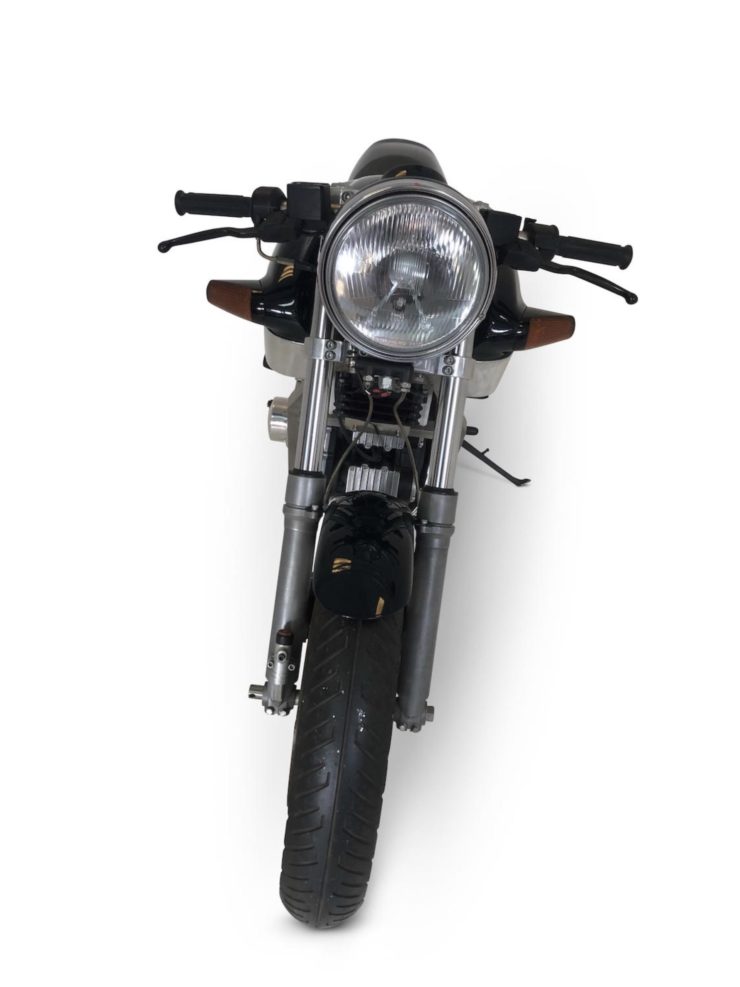 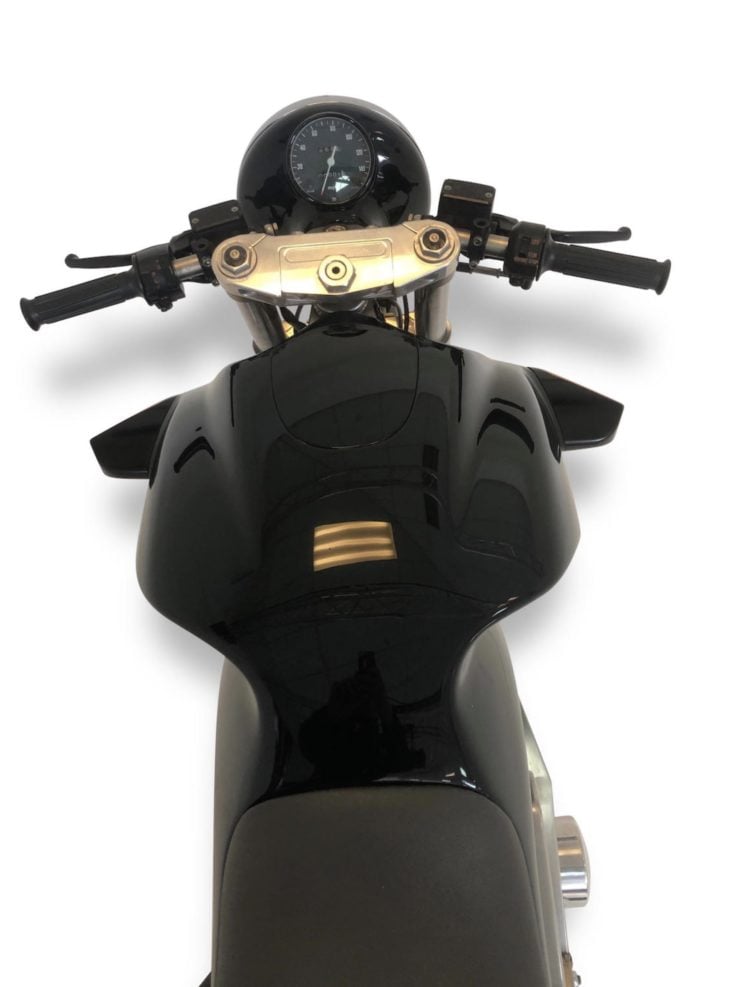 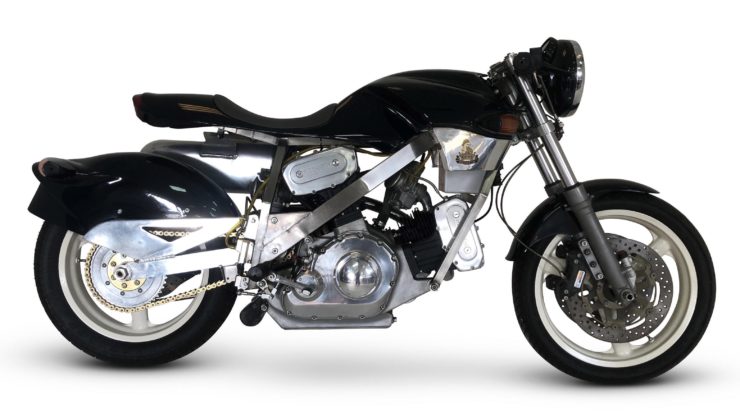