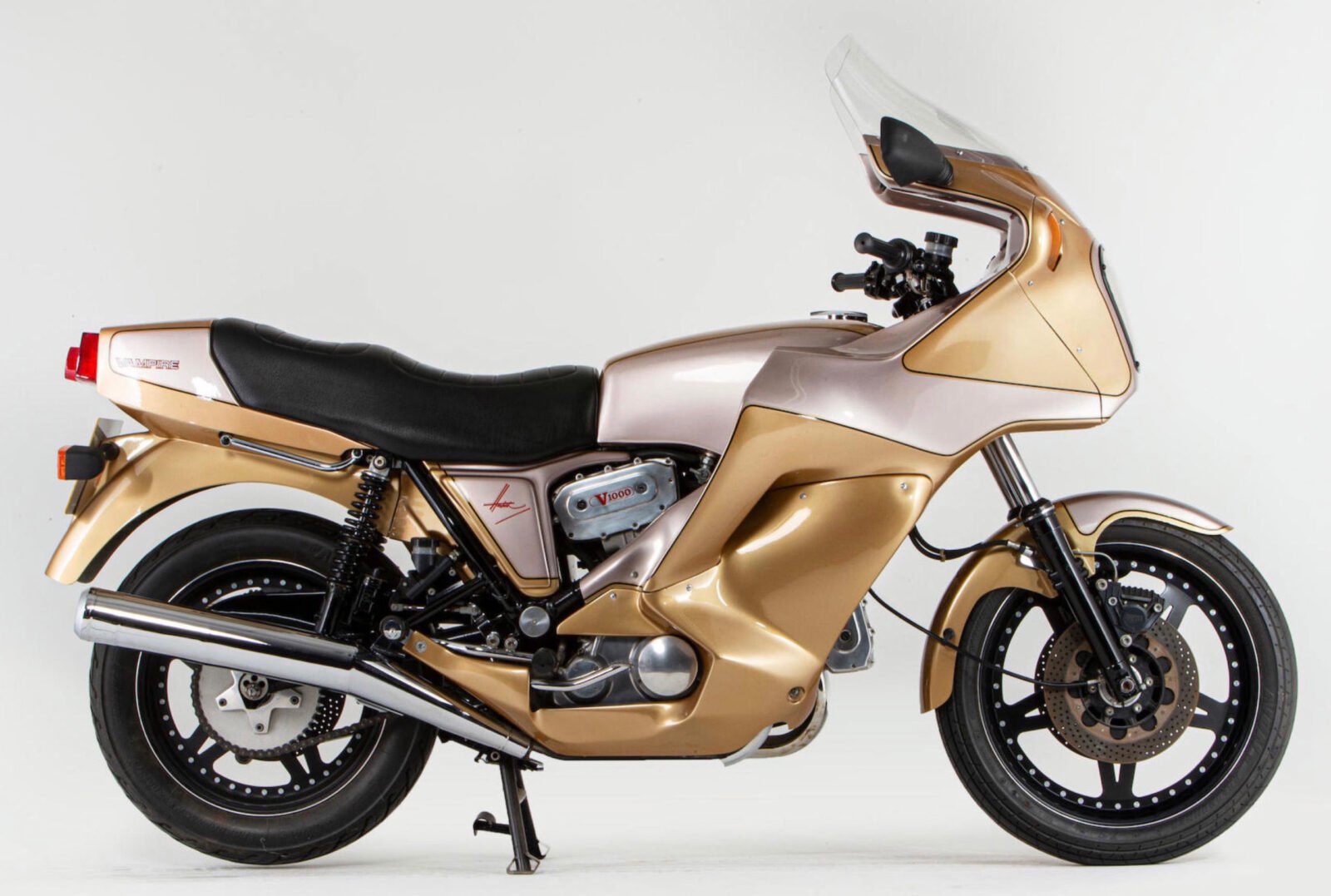 The Hesketh Vampire, and its predecessor the Hesketh V1000, were developed to revive the glory days of the British motorcycle industry. It’s widely believed that the motorcycles were designed to be the modern successors to British motorcycle high-points like the Brough Superior SS100 and the Vincent Black Shadow.

Much like the SS100 and the Black Shadow, the Hesketh Vampire (and the V1000) was powered by a 1000cc V-twin. Before the almost ubiquitous adoption of the British parallel twin, the V-twin was the king of the hill in the British motorcycle world, perhaps the most famous being the early JAP V-twins (named after founder John Alfred Prestwich) used by Brough Superior, Coventry Eagle, and many others.

Hesketh Motorcycles was founded by Lord Hesketh in 1980 to develop an all-new British superbike to trounce the then-dominant Japanese and return Britain to its position at the forefront of the motorcycle industry. By this time Lord Hesketh was already very well known in motoring circles due to his exploits during the 1970s with James Hunt in the world of Formula One.

Lord Hesketh had founded Hesketh Racing in 1972, the team competed in Formula One from 1973 to 1978 famously winning the 1975 Dutch Grand Prix with James Hunt at the wheel. Hesketh Racing was famous for their flamboyant approach to F1, in some ways it was a foretelling of things to come for the sport, and the team was well known for consuming more bottles of champagne on a race weekend than gallons of race fuel. 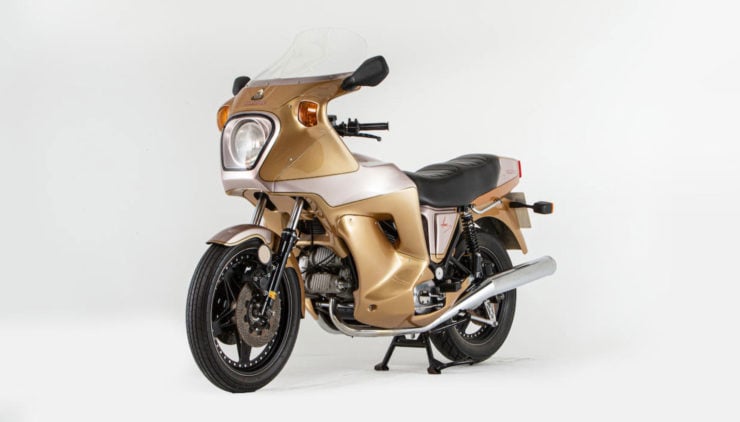 As a fiercely patriotic Brit, Lord Hesketh was appalled to see the British motorcycle industry almost entirely collapse in the 1970s. By 1980 he was having meetings with engine developers Weslake to get a new 1000cc V-twin designed with double overhead cams per head, four valves per cylinder, with unit construction that incorporated a 5-speed gearbox.

This all-alloy engine was designed from the outset to be a stressed member, and a nickel-plated tubular steel frame was developed. Front suspension consists of Marzocchi forks and there are a pair of matching Marzocchi shock absorbers in the rear. Braking was accomplished with discs front and back, with twin 280mm discs up front and a single 280mm disc in the rear.

Much like the original Brough Superior SS100, the Hesketh Vampire was designed with high-speed, long distance touring in mind. Its engine was capable of 82hp at 6,800 rpm and 78 lb ft of torque at 5,400 rpm, propelling the bike on to a top speed of 138 mph.

The Vampire’s fairing is shaped from fibreglass, it was designed specifically to help cool the engine while the bike was underway, with rear intakes to send a cool stream of air to the rear cylinder heads. There’s comfortable seating for two with grab rails under the pillion seat, and the windshield was designed to send airflow up over the rider’s helmet. 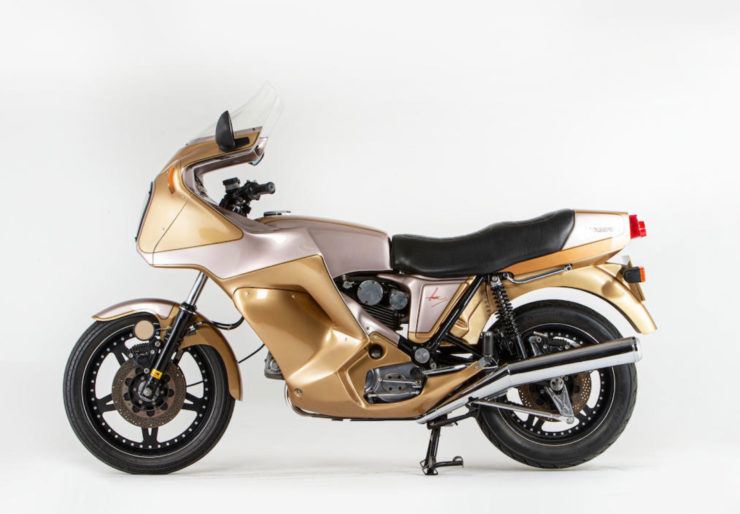 Although the specifications of the Hesketh V1000 were impressive, the bike suffered from a lack of development time. As a result there were some notable reliability issues, when combined with the relatively high price tag the V1000 struggled for sales. Just 140 or so were built before the company went into receivership.

In 1982 Lord Hesketh decided to try again, he had bought the rights to the defunct Hesketh Motorcycle company and working with a small team he released the new Hesketh Vampire – an updated Hesketh V1000 with a large aerodynamic fairing designed for touring.

Sadly many gremlins remained, sales suffered, and just a few dozen Vampires were built. Although you might expect that to be the end of the story it isn’t – the Brits are nothing if not stubborn. Hesketh engineer Mick Broom established Broom Development Engineering in the 1980s and continued to work out the kinks in the engine.

Over the years he consistently developed the engine into a reliable unit and production recommenced in very low numbers – it would stay in production like this for over 30 years. Pre-existing Hesketh owners could ship their engines to Broom for rebuilding, he would then integrate the necessary updates and ship back the engine with it now running like a Swiss watch. 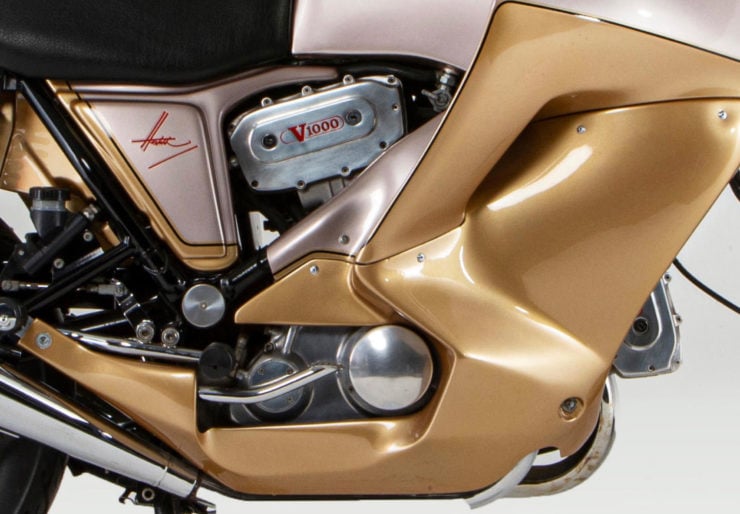 Due to the low numbers of Hesketh motorcycles that were built they’ve become popular collector’s pieces but despite their rarity that can often be bought for $15,000 to $30,000 USD.

There is a small but avid community of owners who provide advice and parts supply tips to new owners, and there are rumours that the company is bringing a new model to market in the very near future.

The Hesketh Vampire you see here is due to roll across the auction block with Bonhams in December. If you’d like to see more or register to bid you can click here to visit the listing. 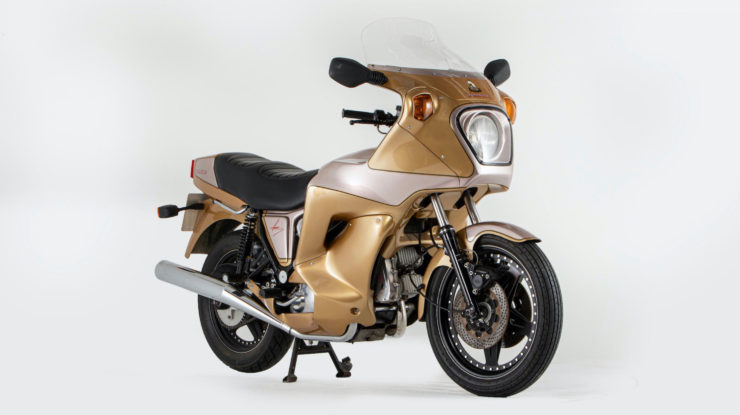 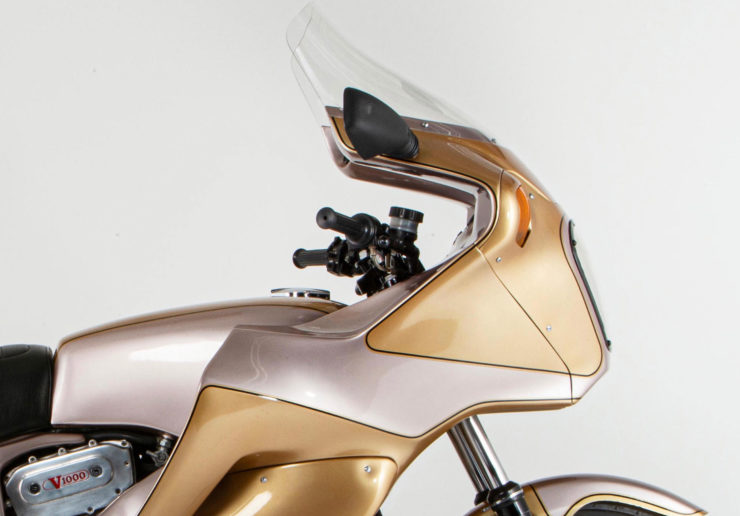 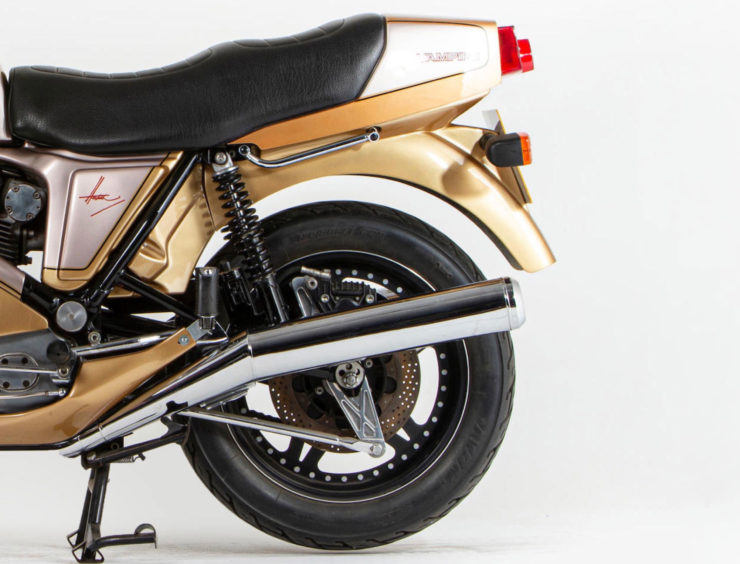 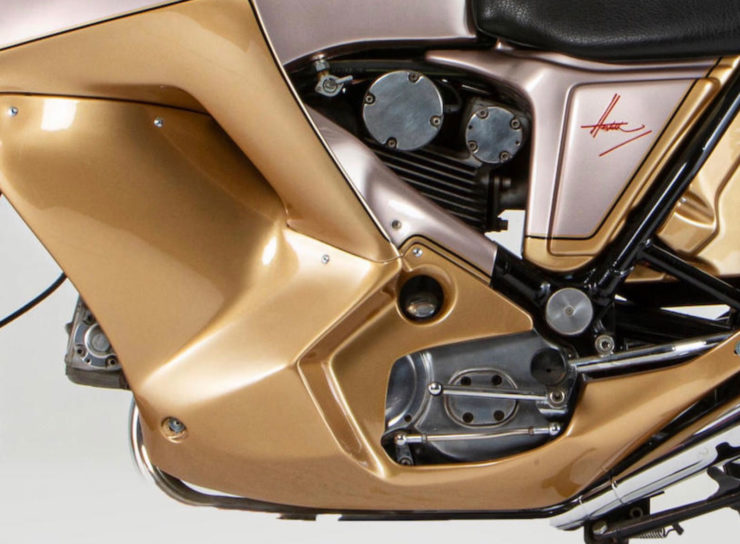 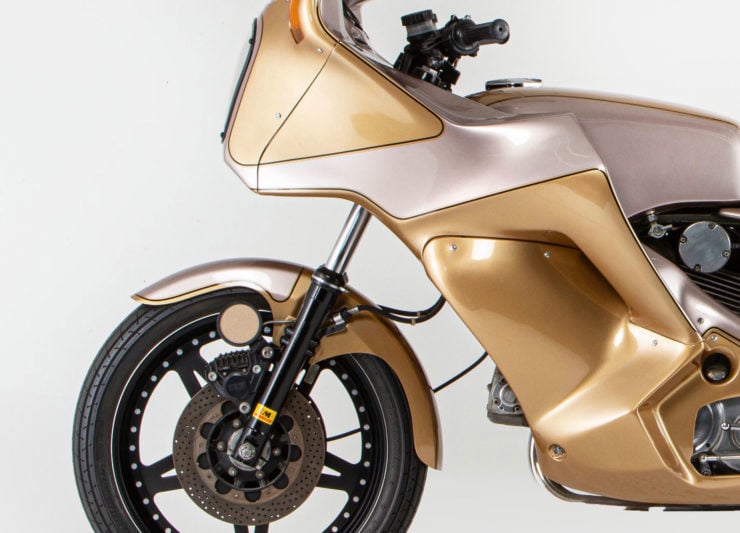 Published by Ben Branch - November 9th 2020
Related Posts
Full Documentary: Thrust 2 “For Britain And The Hell Of It”