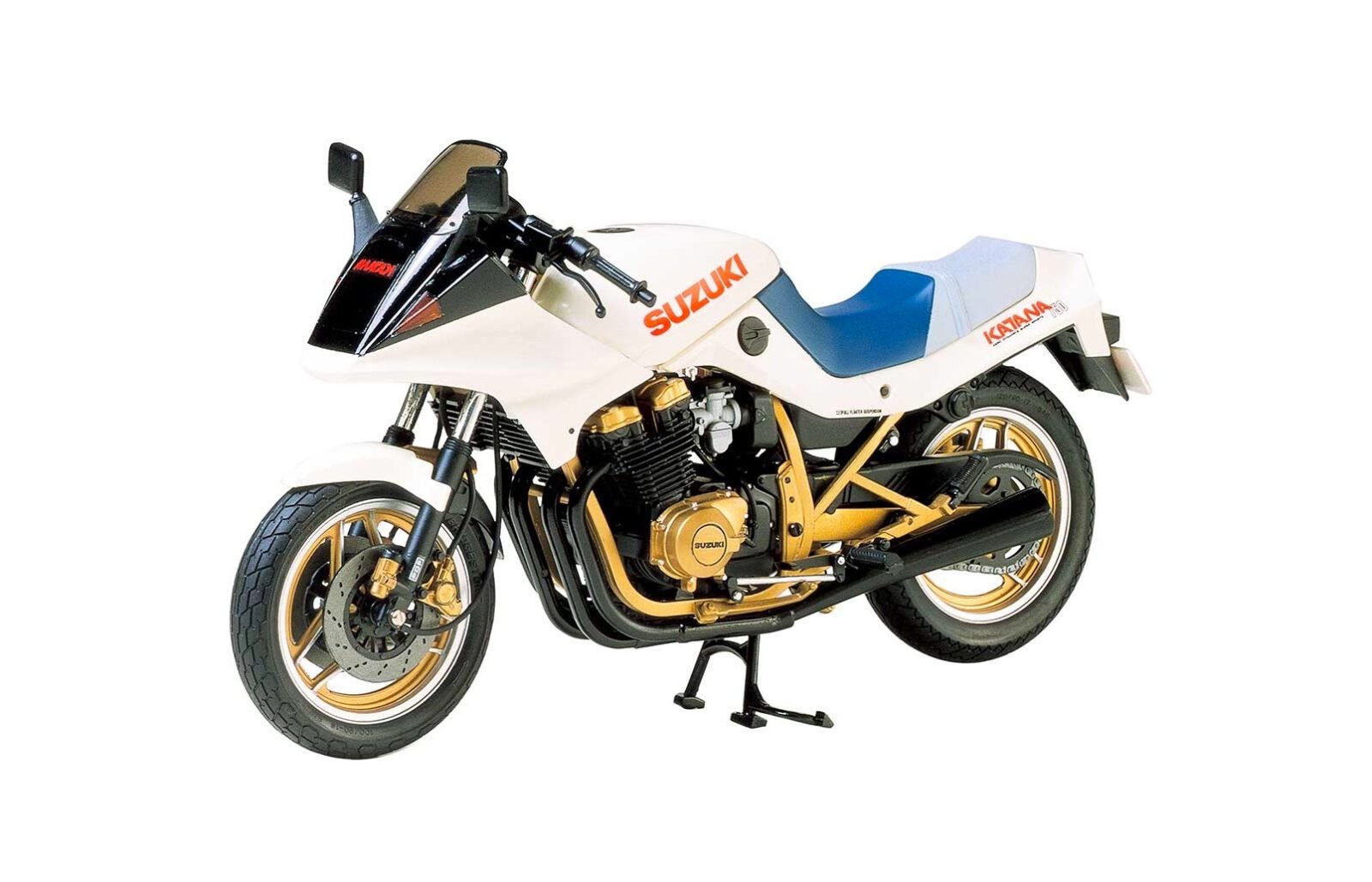 This is the Suzuki GSX750S Katana 1:12 scale kit from Tamiya, it faithfully replicates one of the most important Suzuki motorcycles of all time – right down to the flip-up headlight.

When the Katana prototype was first shown to the public in 1980 it caused a sensation, it was common knowledge in the motorcycle world that Hans Muth’s new company Target Design had been hired by Suzuki – Muth was the former head designer of the BMW motorcycle division. What wasn’t common knowledge was just how important this collaboration would be.

The 1970s and 1980s were a time of revolutionary new designs in the automotive world, sharply angled wedge-shaped cars were dominant with designers like Giorgetto Giugiaro and Marcello Gandini leading the way. Hans Muth was already one of the world’s top motorcycle designers by the end of the 1970s, and so as the 1980s dawned he chose to take Suzuki in an entirely new direction. 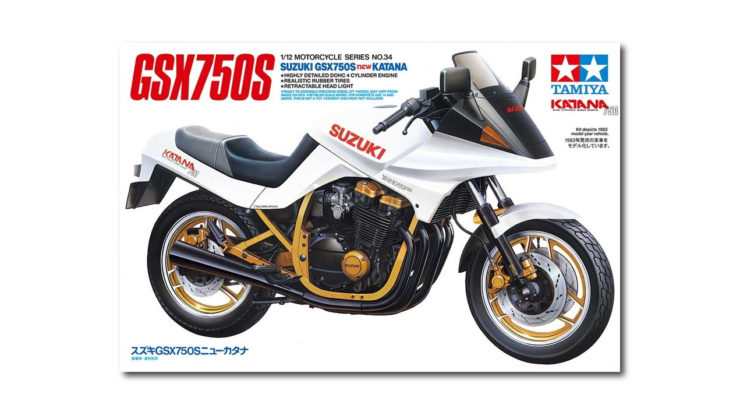 Muth’s new Katana design took no small amount of inspiration from the legendary Japanese sword, with its flowing lines, gentle curves, and sharp edges. The Katana remains one of the most famous and beloved motorcycles ever released by Suzuki – so much so that they released a new version of the model that was released in 2019.

This Tamiya kit measures in at 182mm, 63mm wide, and 96mm high. It has a highly-detailed inline 4-cylinder DOHC engine with its distinctive cooling fins in place, and it uses vinyl tubing to replicate parts like the throttle cable and brake lines.

As with all Tamiya kits it requires assembly and painting, but this is the part that model builders love the most. 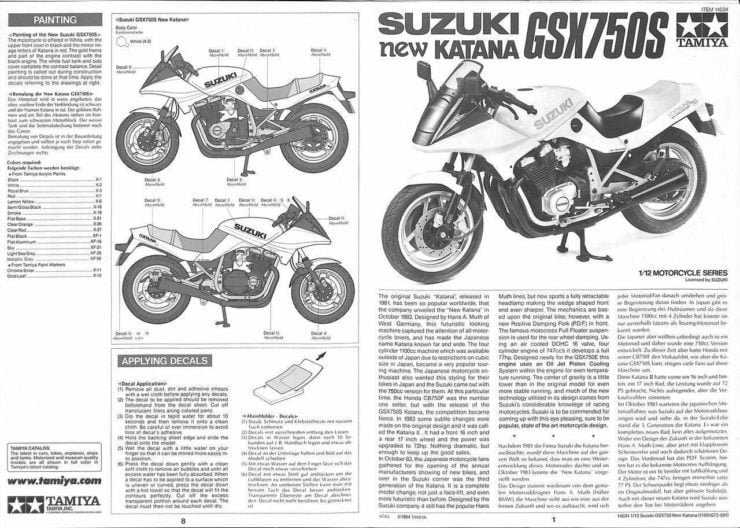