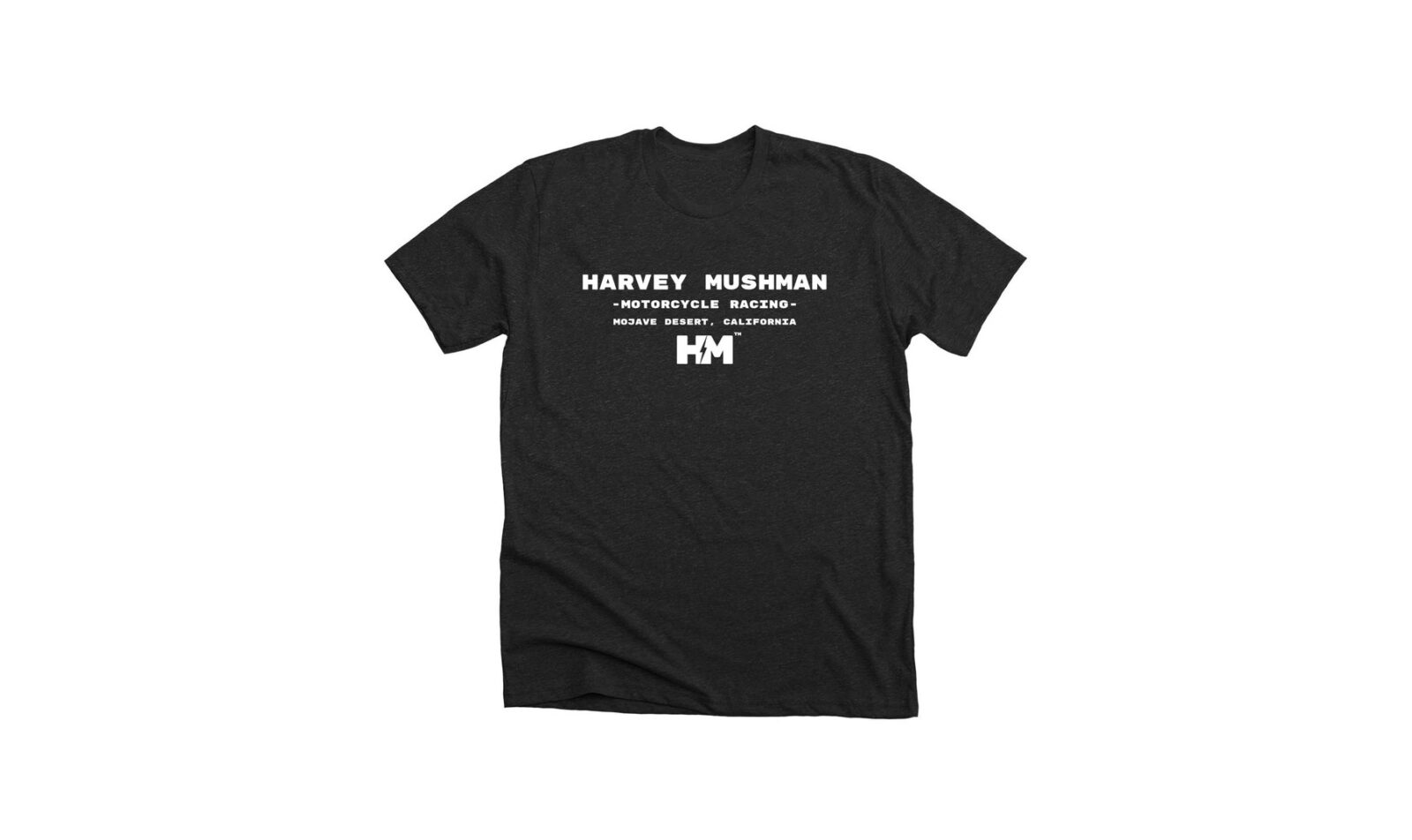 McQueen wanted to be treated just like any other competitor and receive no special treatment, he also wanted to avoid crowds of fans showing up so he could keep his mind on the race ahead, and he needed to keep the extent of his racing from the movie studios who would be less than impressed by having one of their A-list stars risking his life for dust and glory.

McQueen was a US Marine in the 1940s, he famously spent a lot of time in the brig for various disciplinary offences before famously redeeming himself by diving into ice cold water and helping to rescue five servicemen who had fallen into the Arctic Sea after their ship hit a sand bar.

McQueen was promoted to honor guard and was honorably discharged in 1950.

We will be donating 25% of the profit from these t-shirt sales to Operation Second Chance – a military charity that helps wounded, injured, and ill American veterans.

About The Harvey Mushman T-Shirt 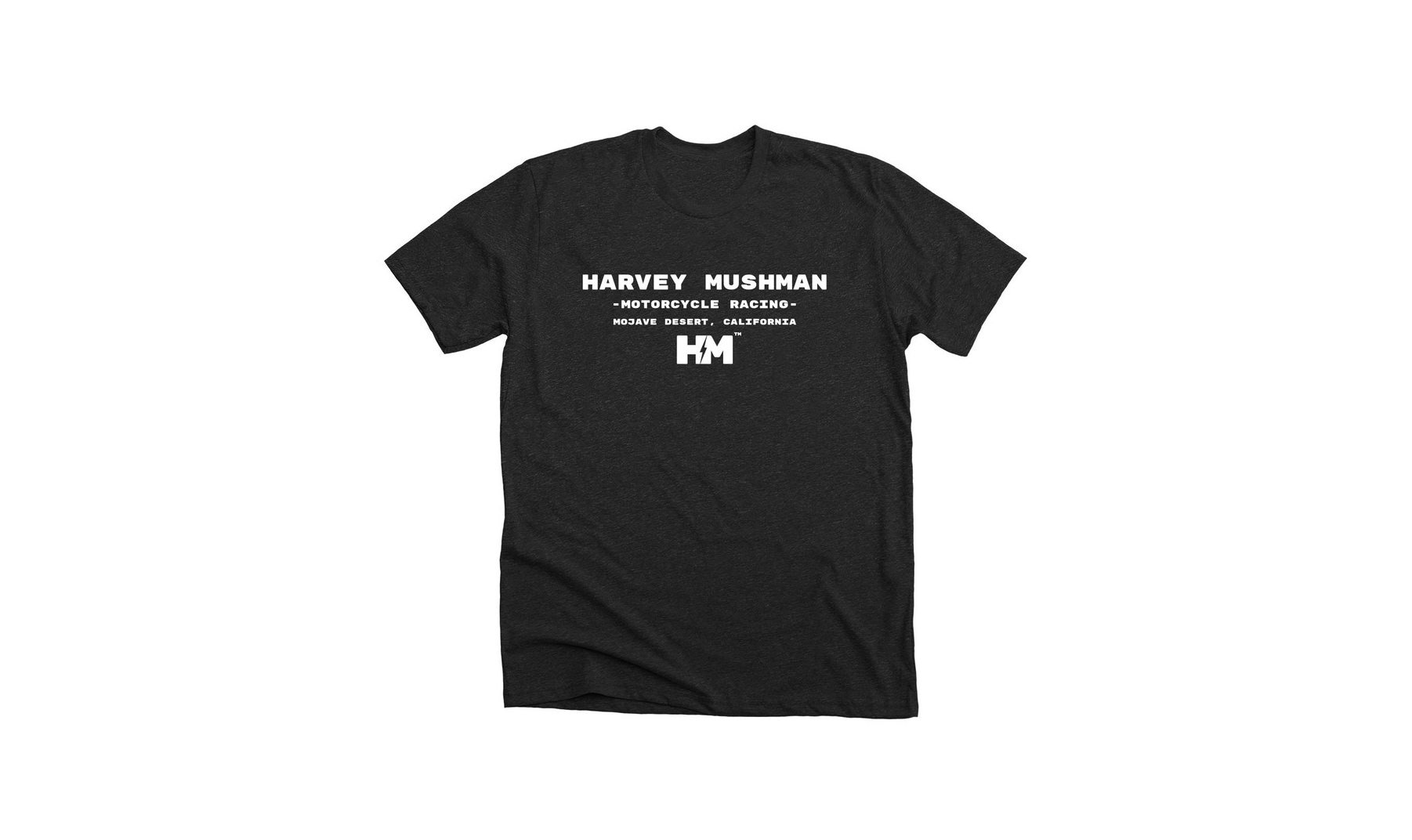