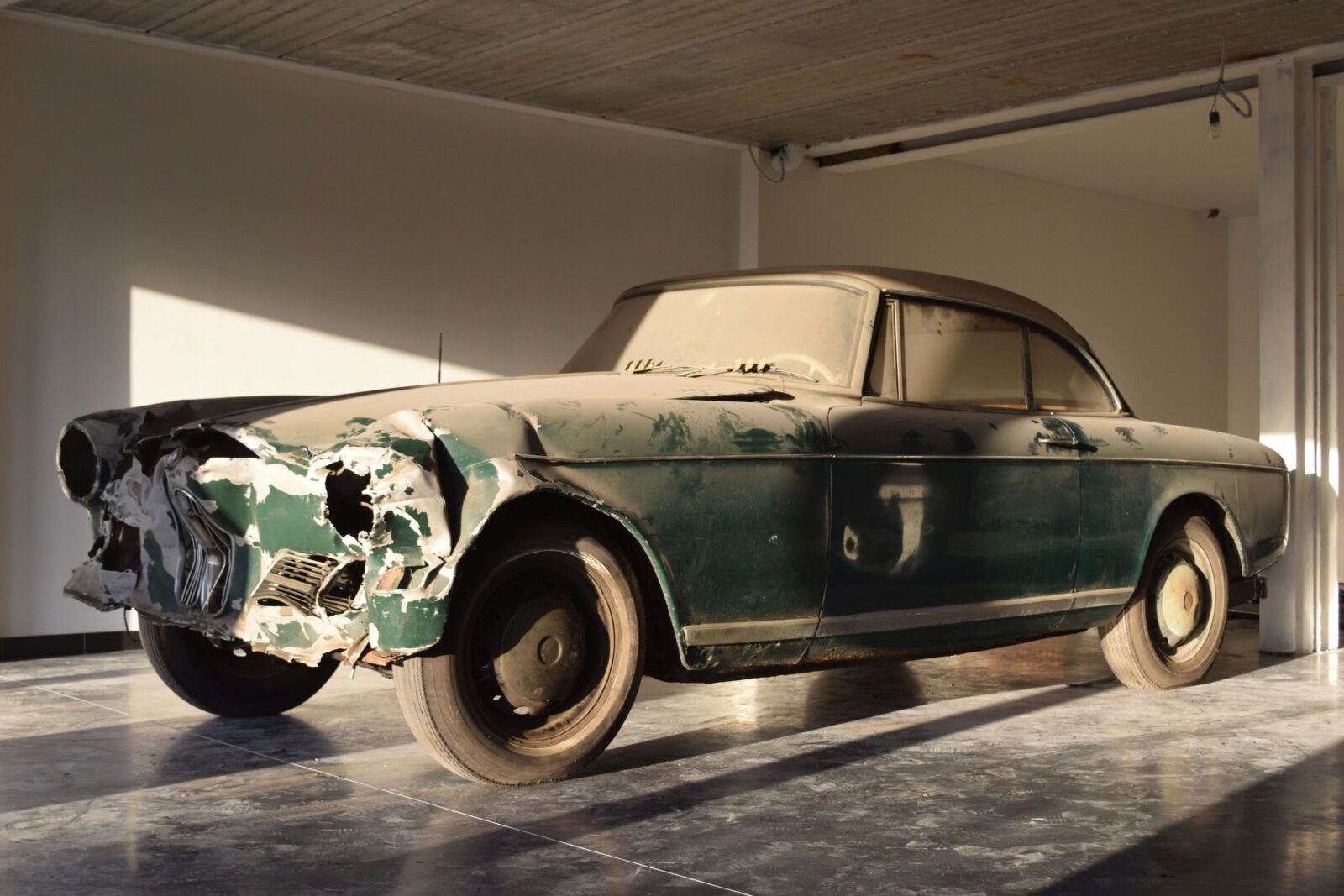 The BMW 503 is a rare car – it’s rarer still to find one that hasn’t been restored to show condition due to the fact their values are rapidly approaching half a million US dollars apiece.

The BMW 503 and its stablemate the 507 very nearly killed BMW off before the 1960s began, both of the cars had been intended to bring in much needed capital from the USA but both were expensive to produce, they had high MSRPs, and they sold in very low numbers.

The BMW 503 And The Near Bankruptcy Of BMW

The appearance of the Mercedes-Benz 300SL in 1954 and it’s little brother the 190SL in 1955 had shown the executives at BMW that there was a global demand for high-end German luxury GT cars. Only 10 years had passed since the end of WWII but Mercedes had shown that the world was ready to spend significant money on good German cars, and BMW was listening.

Famed Austrian-American auto importer Max Hoffman was talking to BMW at the same time, asking for a car that he could sell between the high-end 300SL and the more affordable sports cars coming out of Britain from companies like MG and Triumph. He told BMW that if they could build a luxury sports GT car with a price of 12,000 Deutschmarks he would order thousands of them and sell them to the Americans. 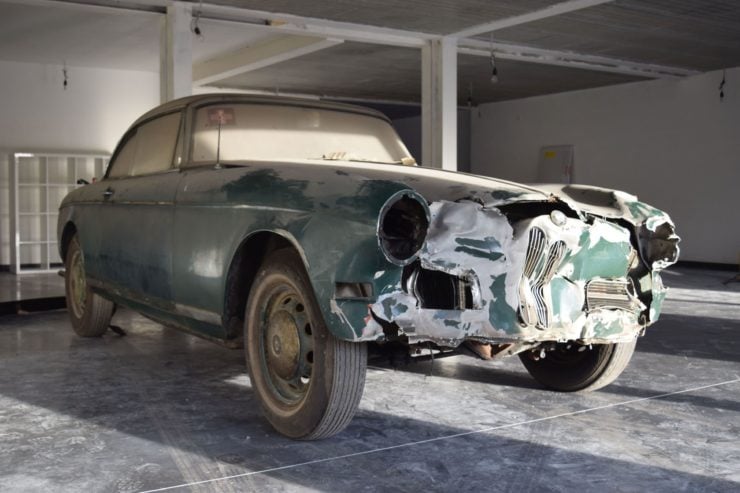 Hoffman also suggested a designer for this new car, Raymond Loewy protege Albrecht von Goertz. BMW hired von Goertz on this recommendation and it proved a good decision, he designed one of the most beautiful cars of the decade, even attracting praise from legendary Italian auto designer Battista “Pinin” Farina.

BMW worked to have as much of their new GT car built using parts that were already in production in order to keep costs down. This was a good strategy but it failed in the case of the 503, and costs quickly spiralled upwards. Engineer Fritz Fiedler repurposed the chassis and running gear of the BMW 502 as the starting point for the 503, the elegant body designed by von Goertz gave the car an entirely unique appearance that’s still winning it new fans today, and it’s powered by a modified version of the 3.2 litre all-alloy V8 from the 502.

This V8 was designed by Alfred Böning, it initially had a capacity of 2.6 litres and it was first used in a car in the BMW 501 of 1954. The V8 was specifically chosen to appeal to the average American buyer, the love affair between V8s and Americans was well known even then.

Although Hoffman had specified a price of 12,000 Deutschmarks the 503 would go on sale for 29,500 Deutschmarks, a price far too high for most buyers and well above the planned midway point between Triumph/MG and Mercedes. The cars sold very slowly, and in rather low numbers. From the start of production in 1956 to the end in 1959 BMW sold just 413 of them, 139 of which were convertibles (cabriolets). 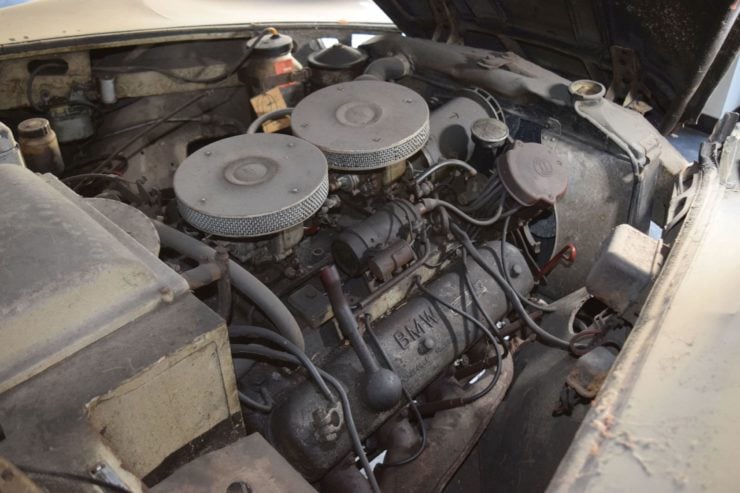 The 503 and its sibling the 507 very nearly bankrupted BMW, they both had remarkably beautiful designs and excellent engineering, but cost overruns resulted in them both having MSRPs far too high. Fortunately BMW didn’t collapse, and a few years later in the mid-1960s Hoffman would once again give BMW an idea for a new car, it would result in the creation of the BMW 2002 – one of the most important models in the company’s history.

The crash damaged BMW 503 you see here was bought new in Belgium from the Brussels BMW dealer SR Garage on September 22, 1959. It’s actually a 1958 model, and it had spent a year on the showroom floor at a Berlin dealership without finding a buyer – possibly due to the high price.

This is from the second series of 503 production, so it’s fitted with the (much preferred) floor shift transmission rather than the earlier column shift. The car also has an electrically operated top and windows – the first German car to come with them.

It would be the second owner, a Belgian doctor of Beveren, who had the front-end collision in 1976. The car has been in storage since then and remains remarkably original over all. Artcurial estimate that it’ll sell for between €70,000 and €110,000 when it’s crosses the auction block on the 7th of February, this is markedly below the €400,000+ value that many restored examples sell for, so it may represent a good deal to the right buyer. 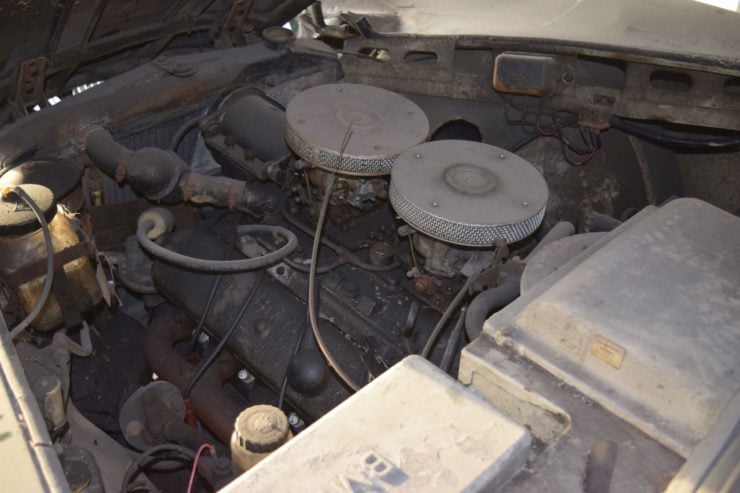 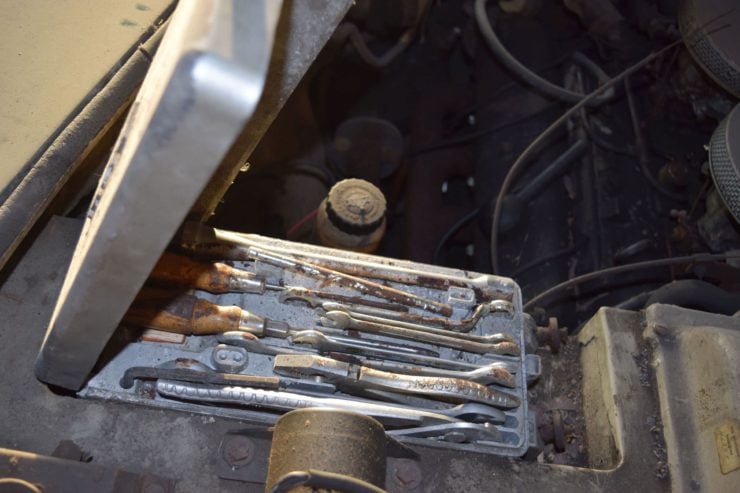 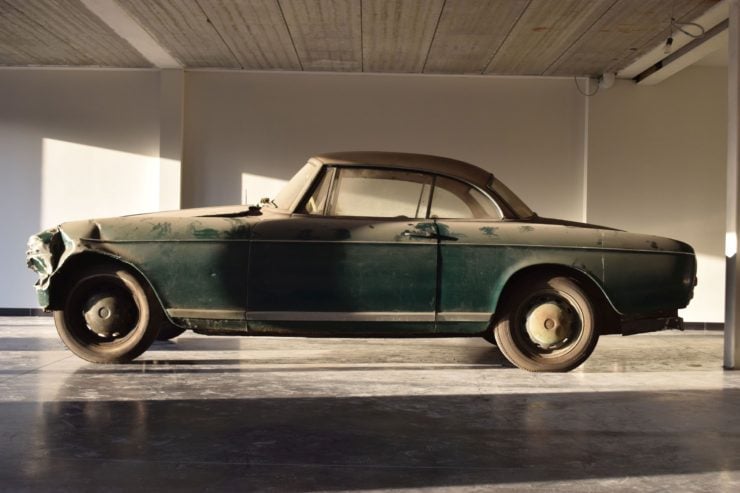 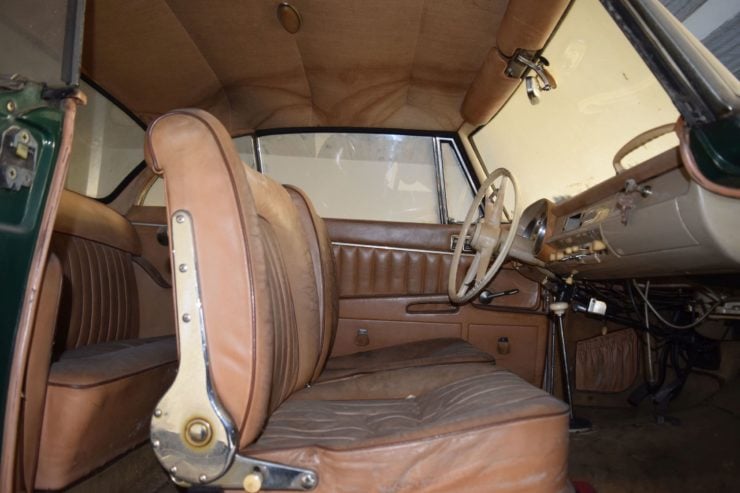 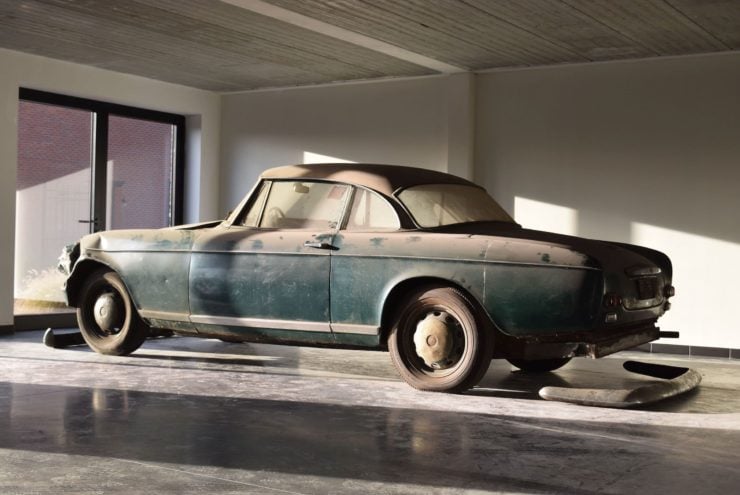 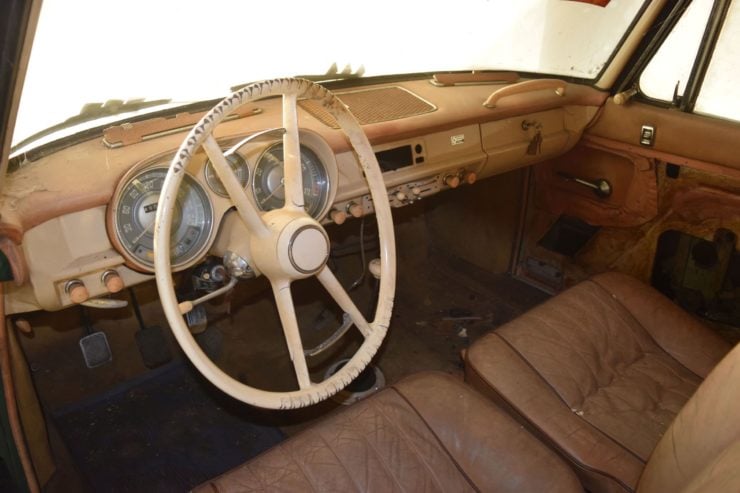 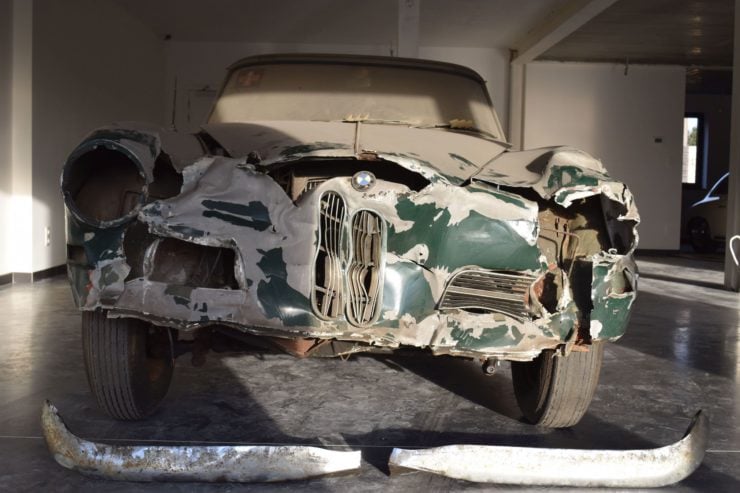 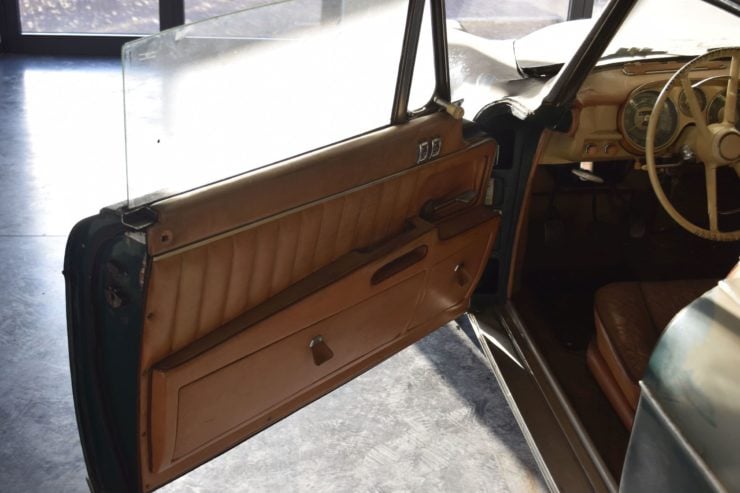 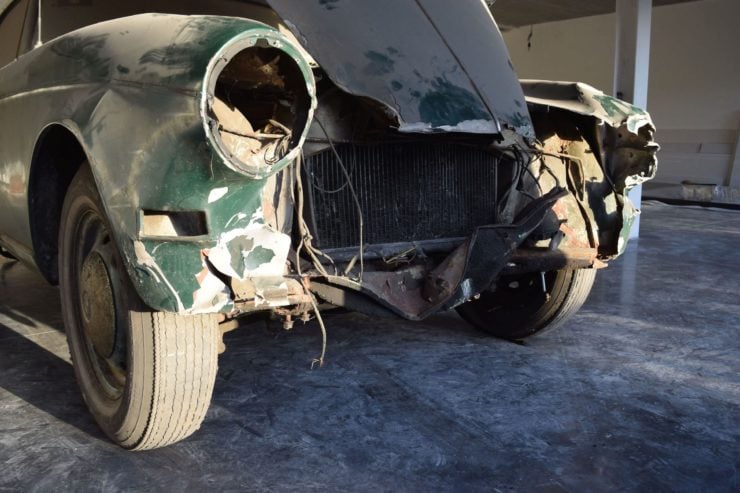 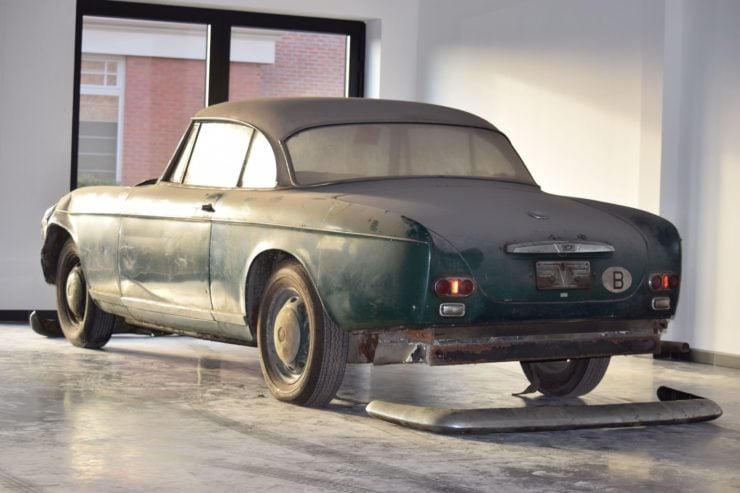 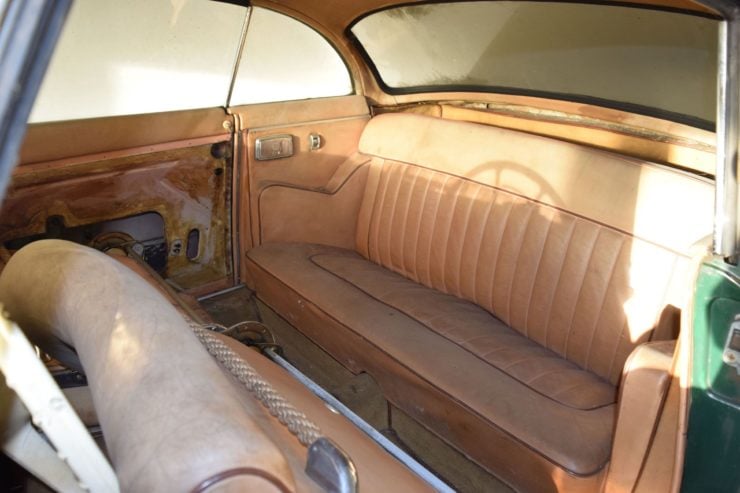 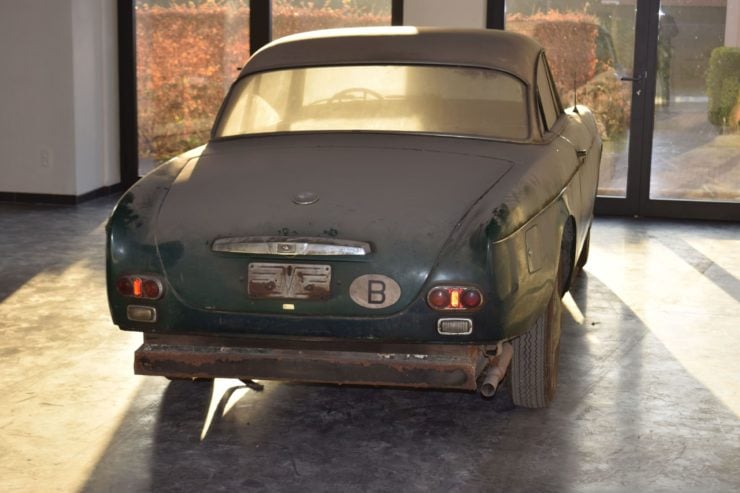 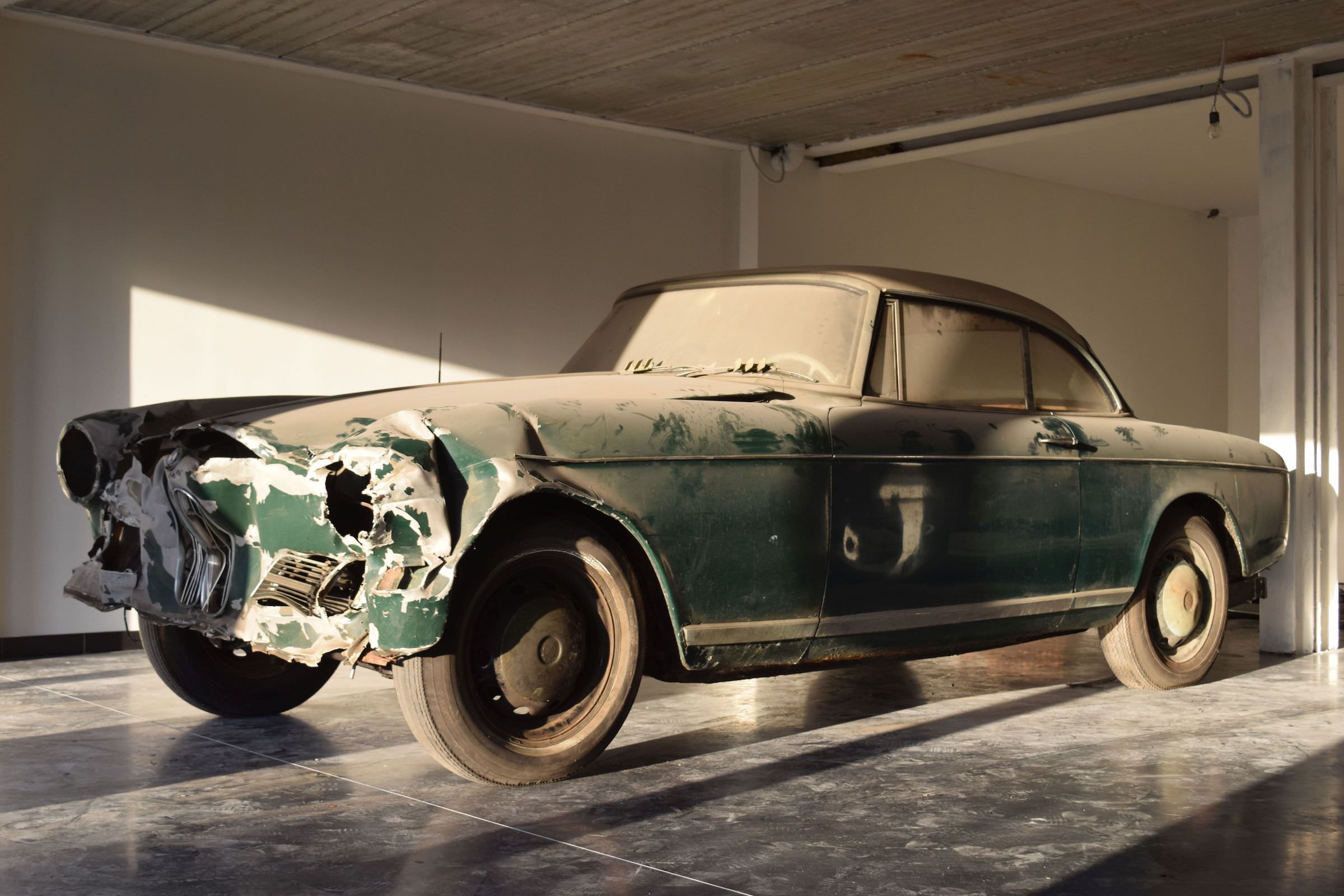 Published by Ben Branch - January 27th 2020
Related Posts
For Sale: A BMW 507 Front End Mounted To A Display Base