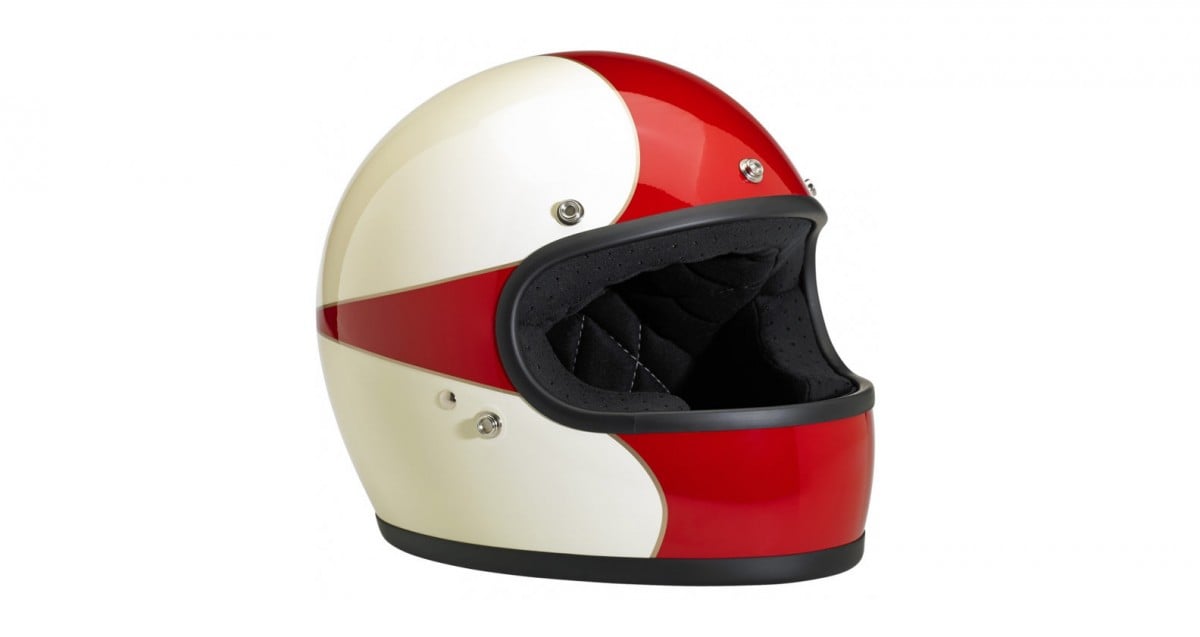 The full-face Gringo motorcycle helmet by Biltwell is a relatively recent addition to the growing list of retro motorcycle helmets that meet modern safety standards. Just a couple of years ago this space was essentially empty but with the release of the Bell Bullitt, the Biltwell Gringo and the Ruby Castel things have changed – it’s now possible to buy a helmet that matches the cafe racers, flat trackers, scramblers and vintage enduros that are all the rage.

The Gringo has been built to meet or exceed the US DOT helmet specification, its outer layer is made of injection-molded ABS and its inner layer is impact-absorbing expanded polystyrene (EPS), the liner is a hand-sewn removable brushed Lycra with contrasting diamond-stitched quilting and open-cell foam padding. All of the shells are hand painted and Biltwell offer a wide array of regular shields and bubble shields – depending on just how retro you want to go. 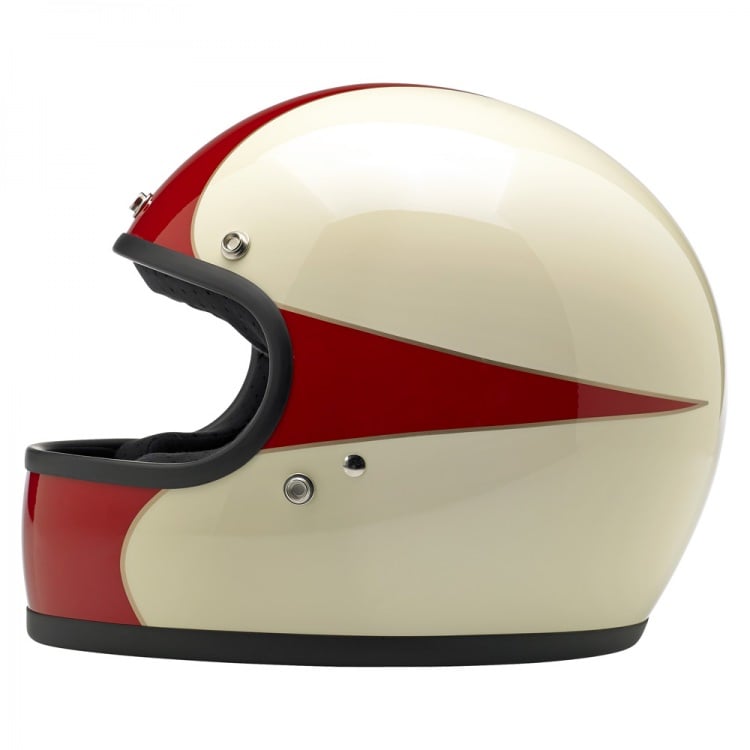 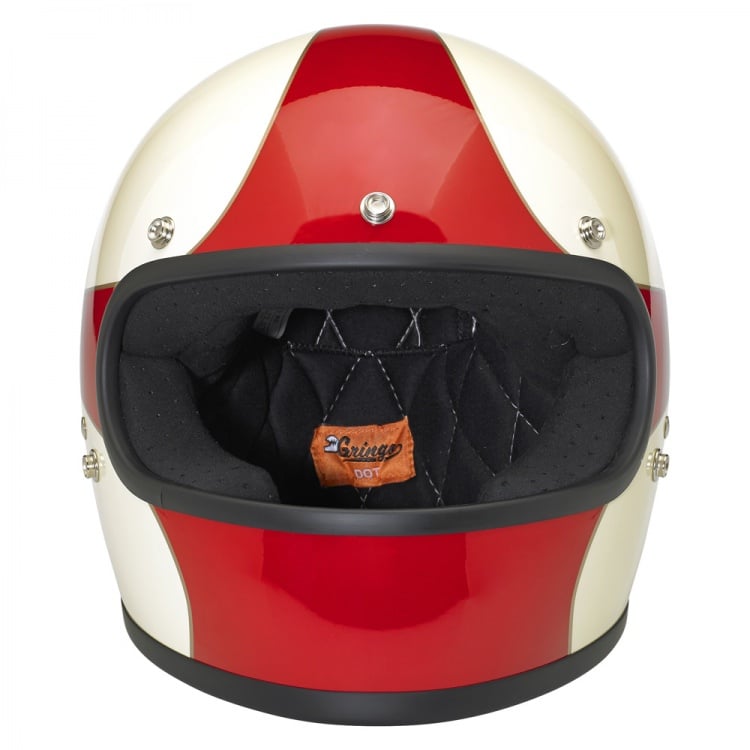 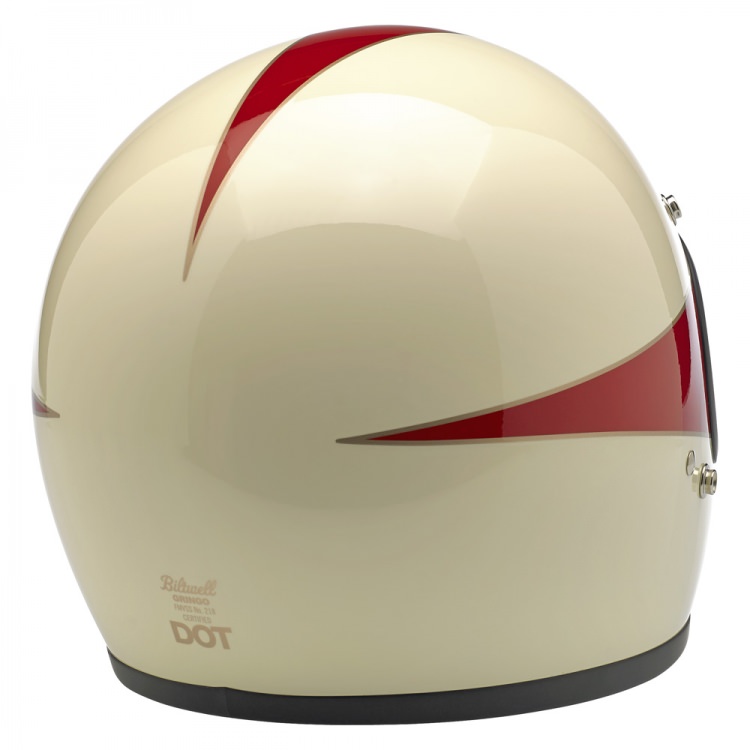