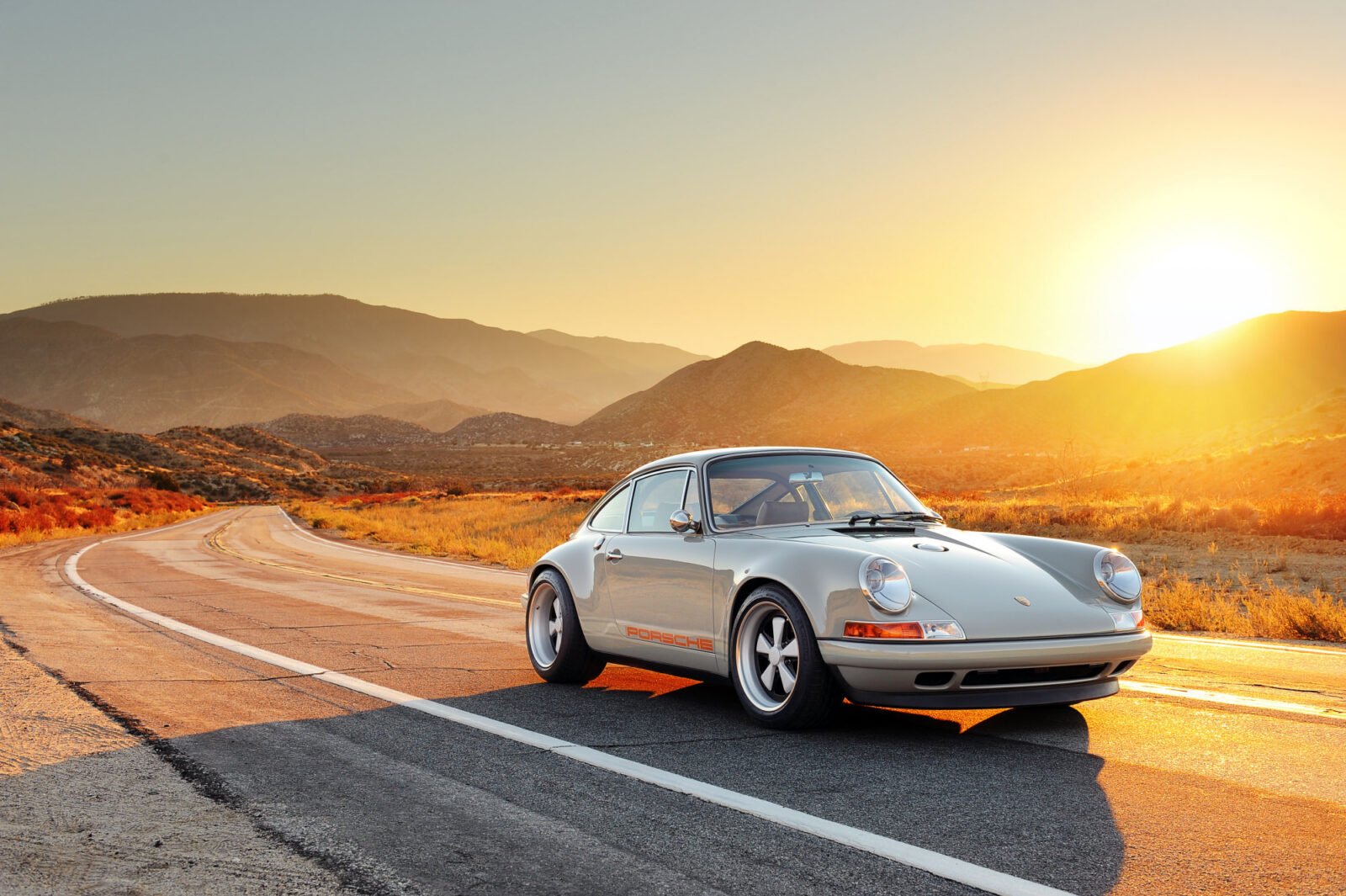 I sometimes wonder what car designers would turn out if they were given carte blanche to create whatever they wanted – with no thought given to affordability, ease of production or CO2 emissions. Every now and then a car comes along that gives us a glimpse behind the curtain into what a car designer’s mind might produce, if unfettered by the whims of the bean counters and marketing types who insist on everything being just boring enough to appeal to as many mediocre people as possible.

The Porsche 911 x Singer Vehicle Design has won accolades from across the motoring press, it’s an air-cooled Porsche 911 unlike any that had come before – each Singer is based on a 1990-1994 model year 911 but little of the original vehicle remains other than its VIN and unibody structure.

Each new Porsche that gets the Singer treatment starts life in the same way – a full tear-down. The bare unibody is sent to a paint shop for a full media blast and re-paint before being send back to Singer for structural additions to improve rigidity. The flat-6 is enhanced by Cosworth with a full nut and bolt rebuild including many new parts, performance is significantly improved by adding a slew of bespoke parts and boring the engine from 3.6 to 3.8 litres.

Carbon fibre front and rear bumpers are bolted into place, a new carbon roof is fitted and a custom rear spoiler is attached – this spoiler rises at 60mph to provide additional down force and is designed to evoke memories of the original 911 “whale tale”.

Suspension is then carefully bolted into place – its an entirely new system offering full adjustability and includes many parts from the original Porsche racing catalogue. 4 piston Brembo calipers from the 993 twin turbo are used to improve stopping power – this is further assisted by the ~1,050kg kerb weight of the new vehicle, which is approximately 325kgs lower than stock.

The new interior fitted to each of the Singers is a thing to behold, the late ’60s and early ’70s influences are clearly apparent but the quality, fit and finish is unlike anything that was being produced in the era. This, coupled with the attention to detail and finishing of the exterior have led to the Singer being a car that has achieved what was once thought impossible – it’s a customised Porsche 911 that doesn’t upset the purists.

Click here to see more of the 911s restored by Singer. 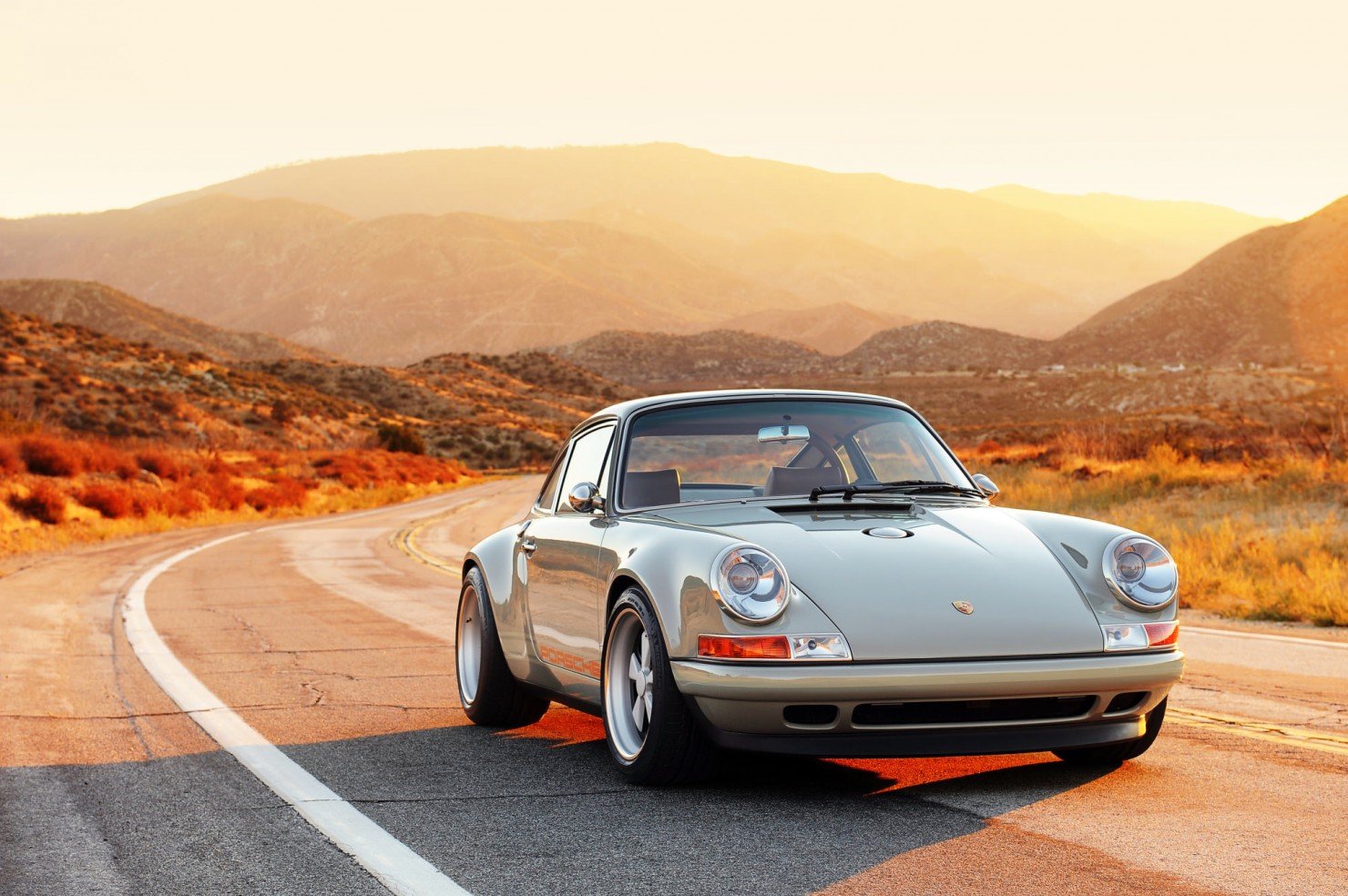 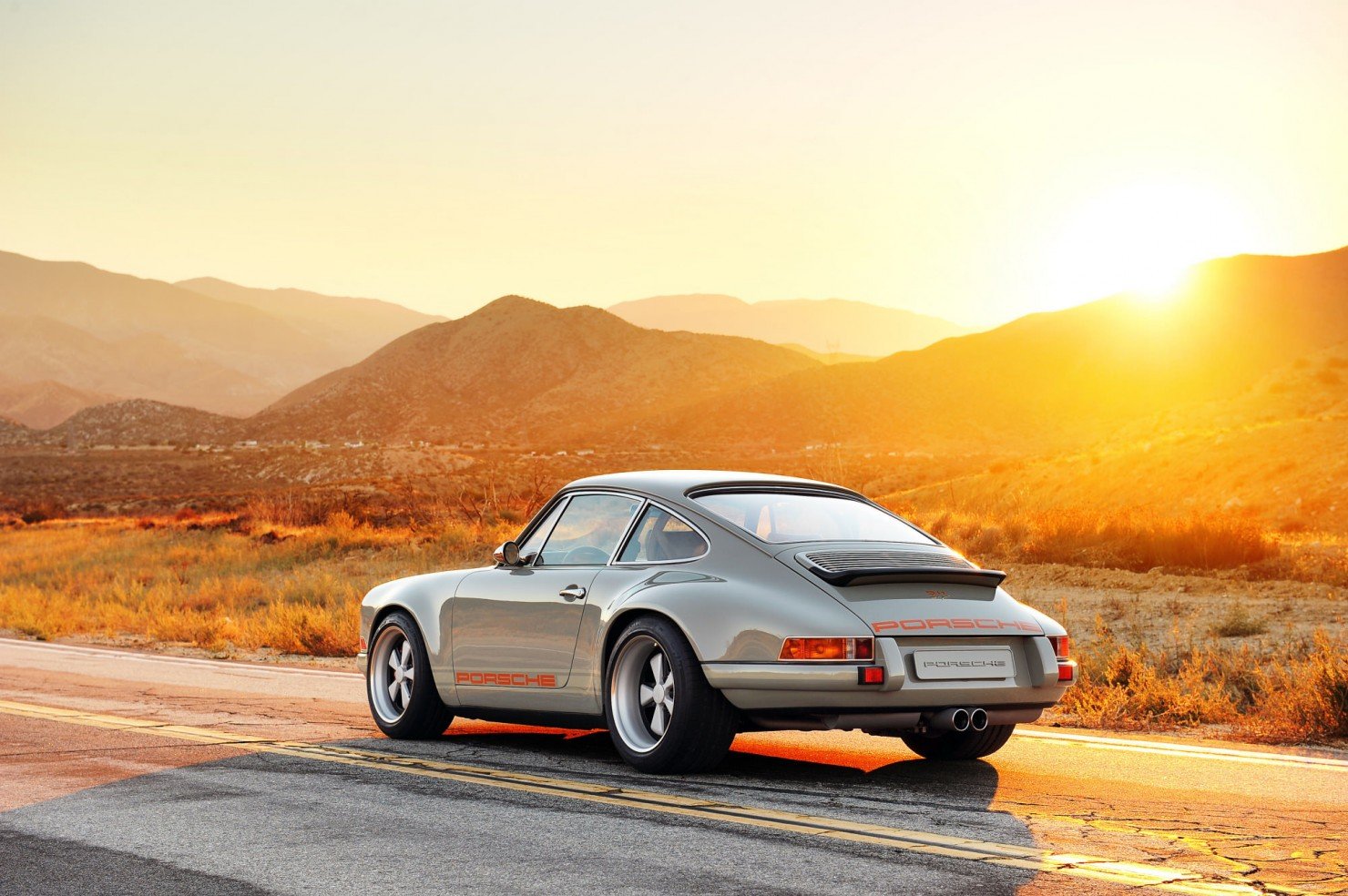 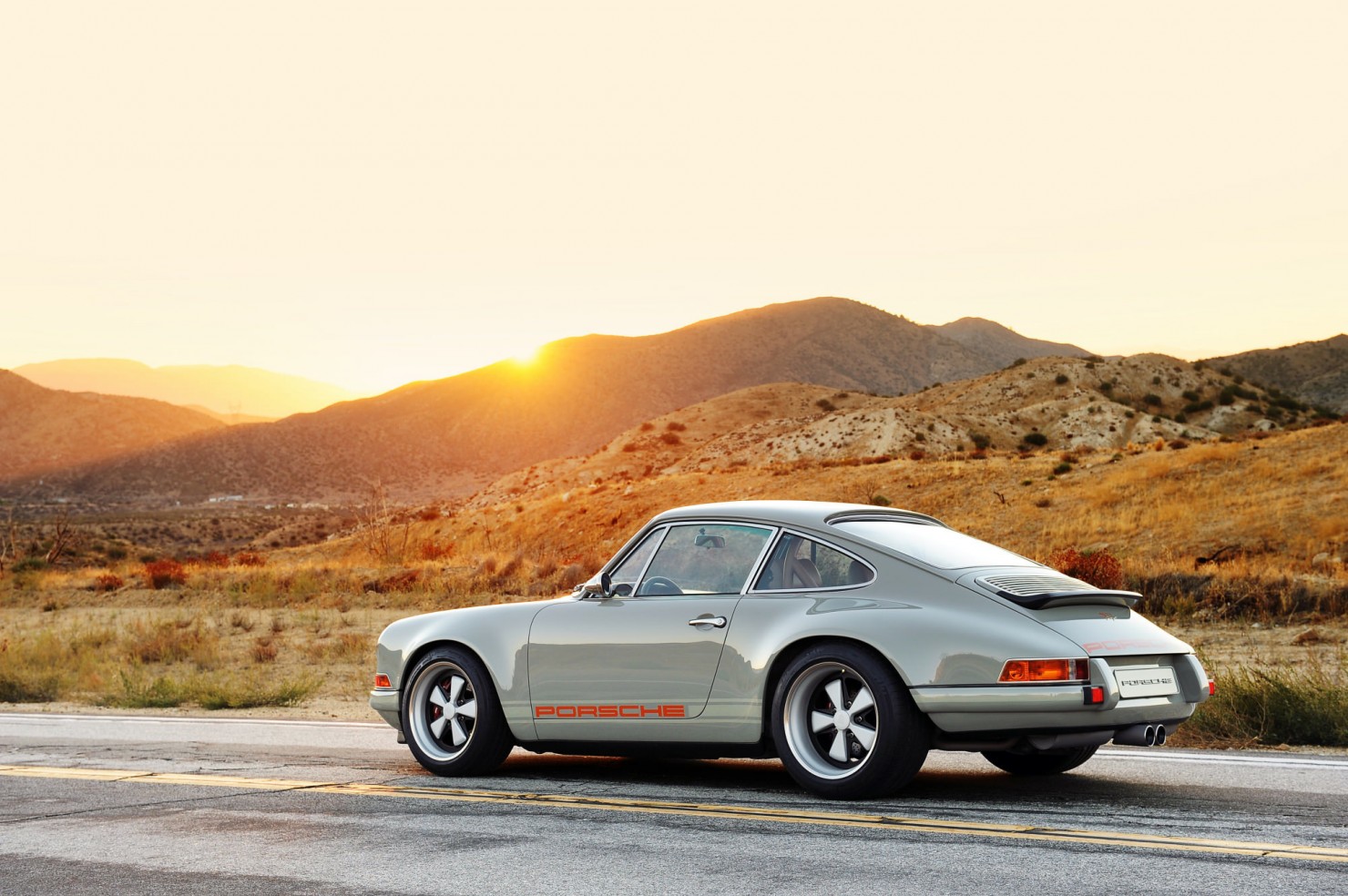 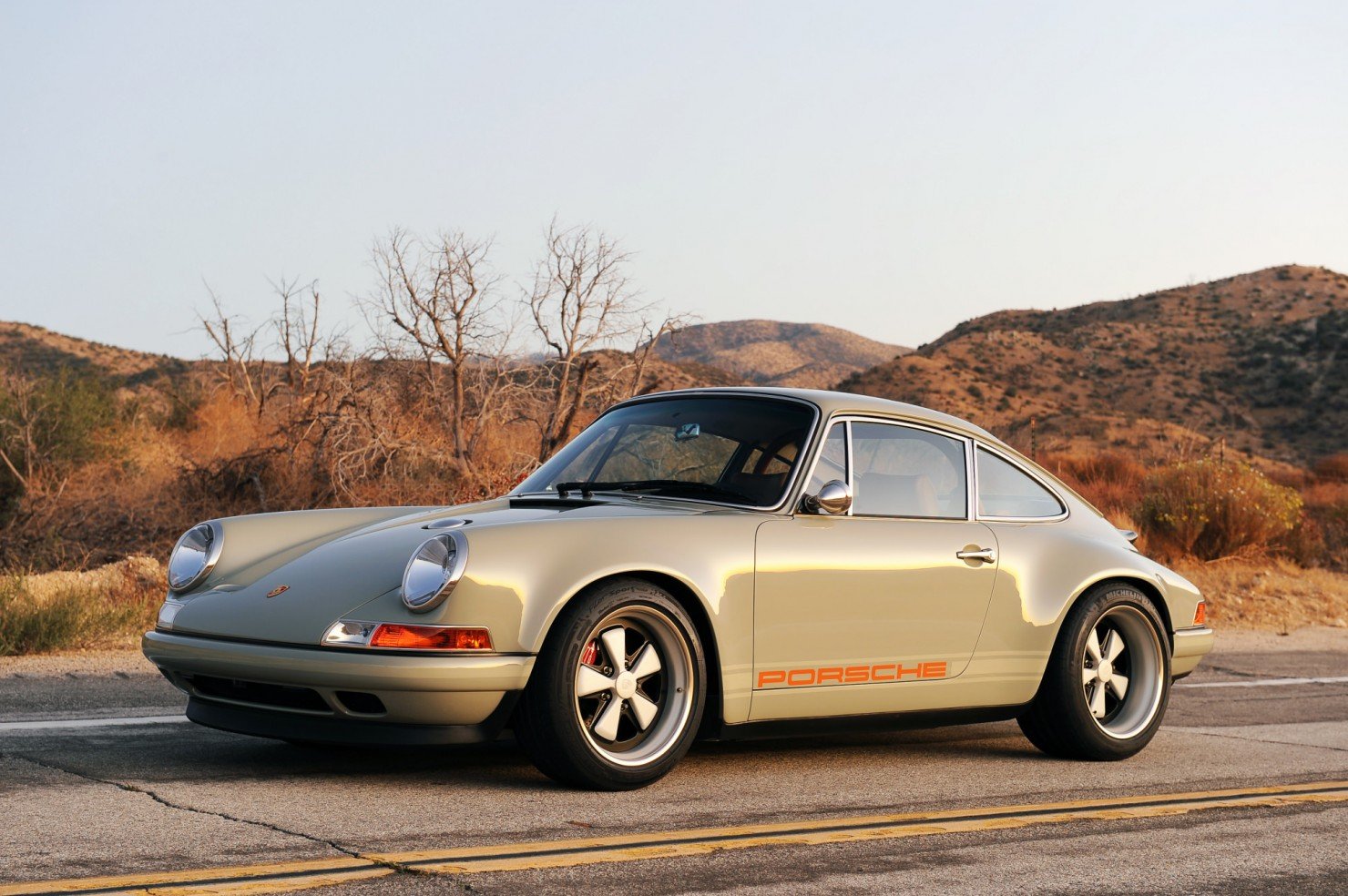 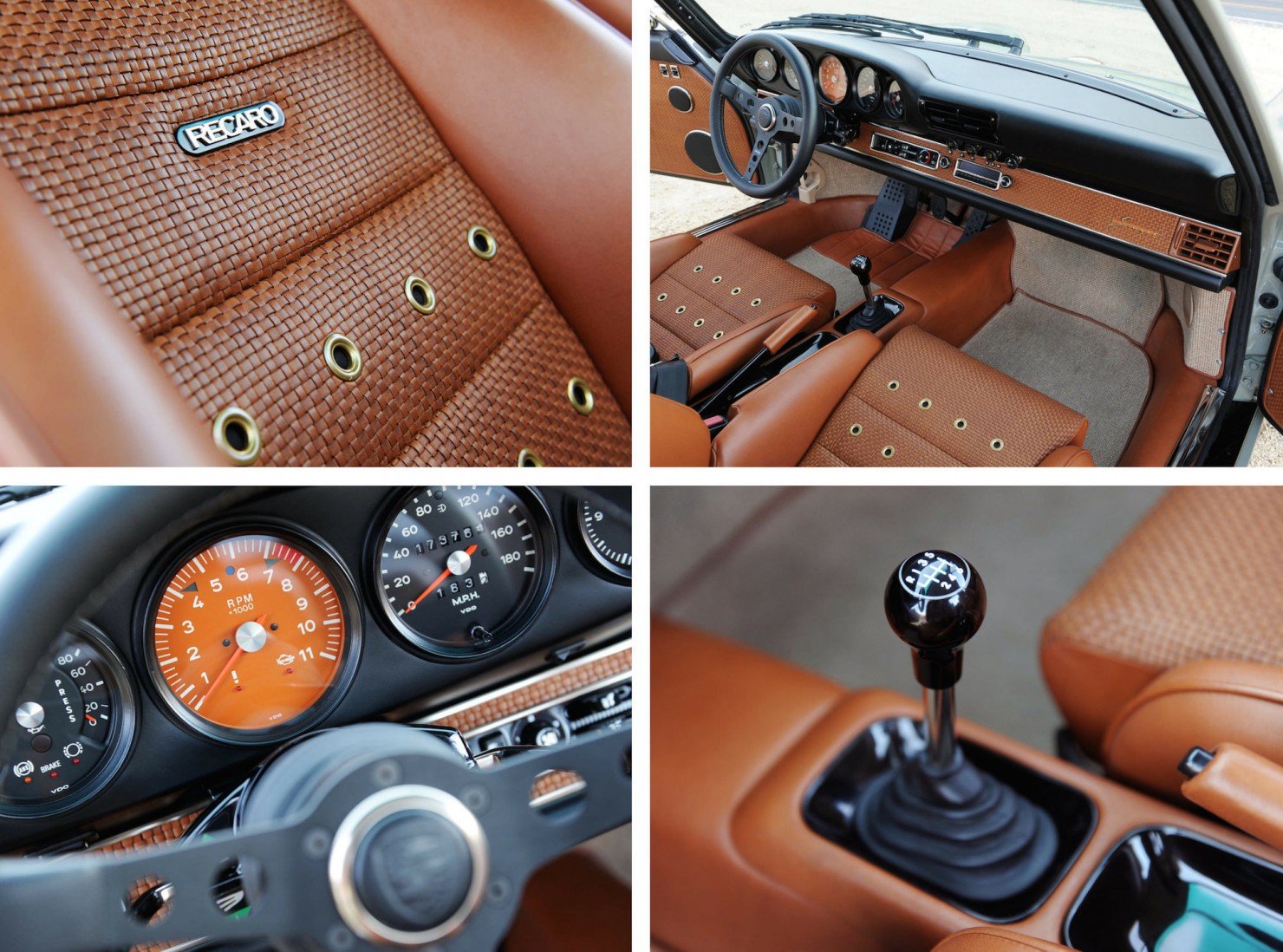 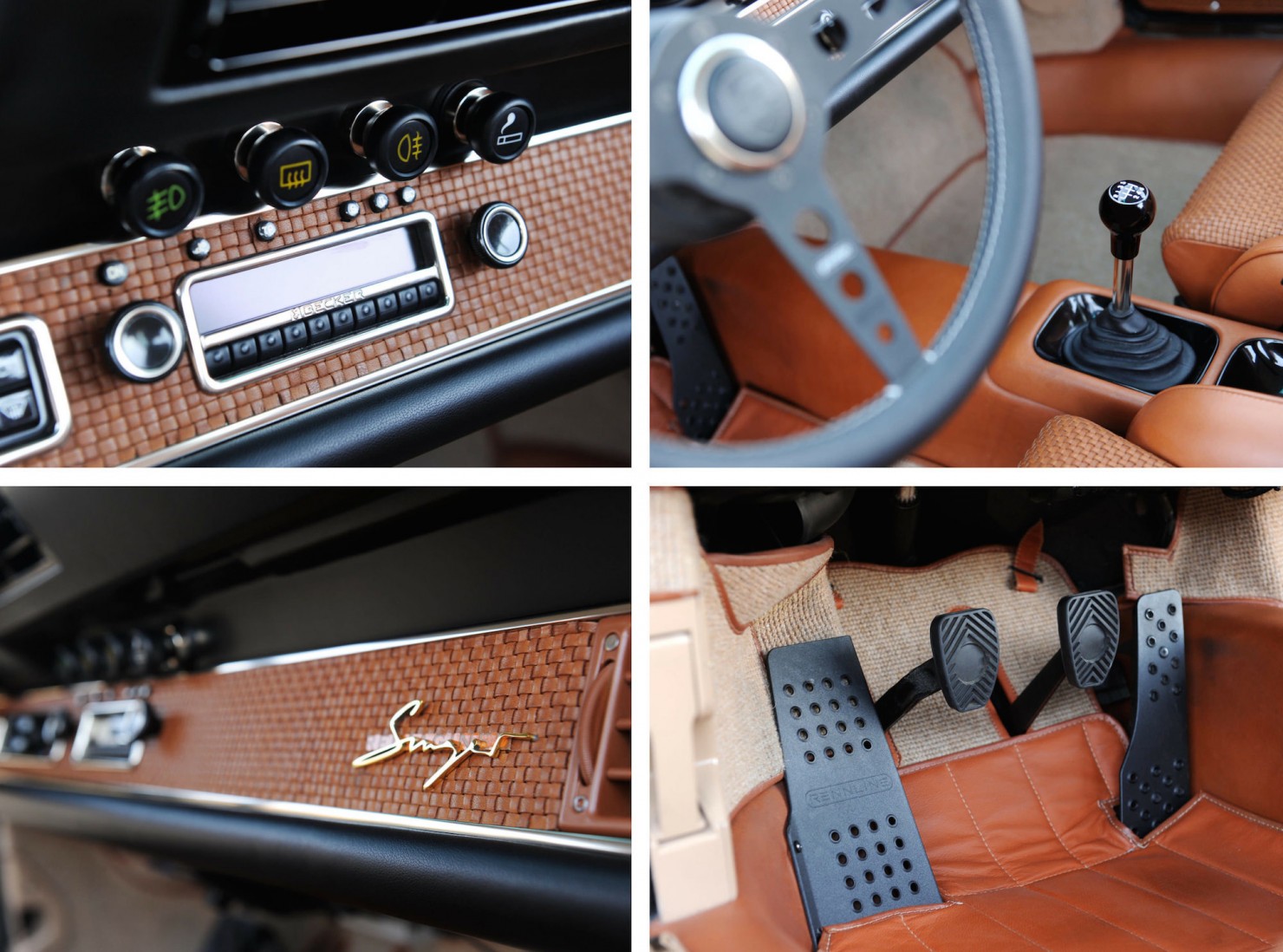 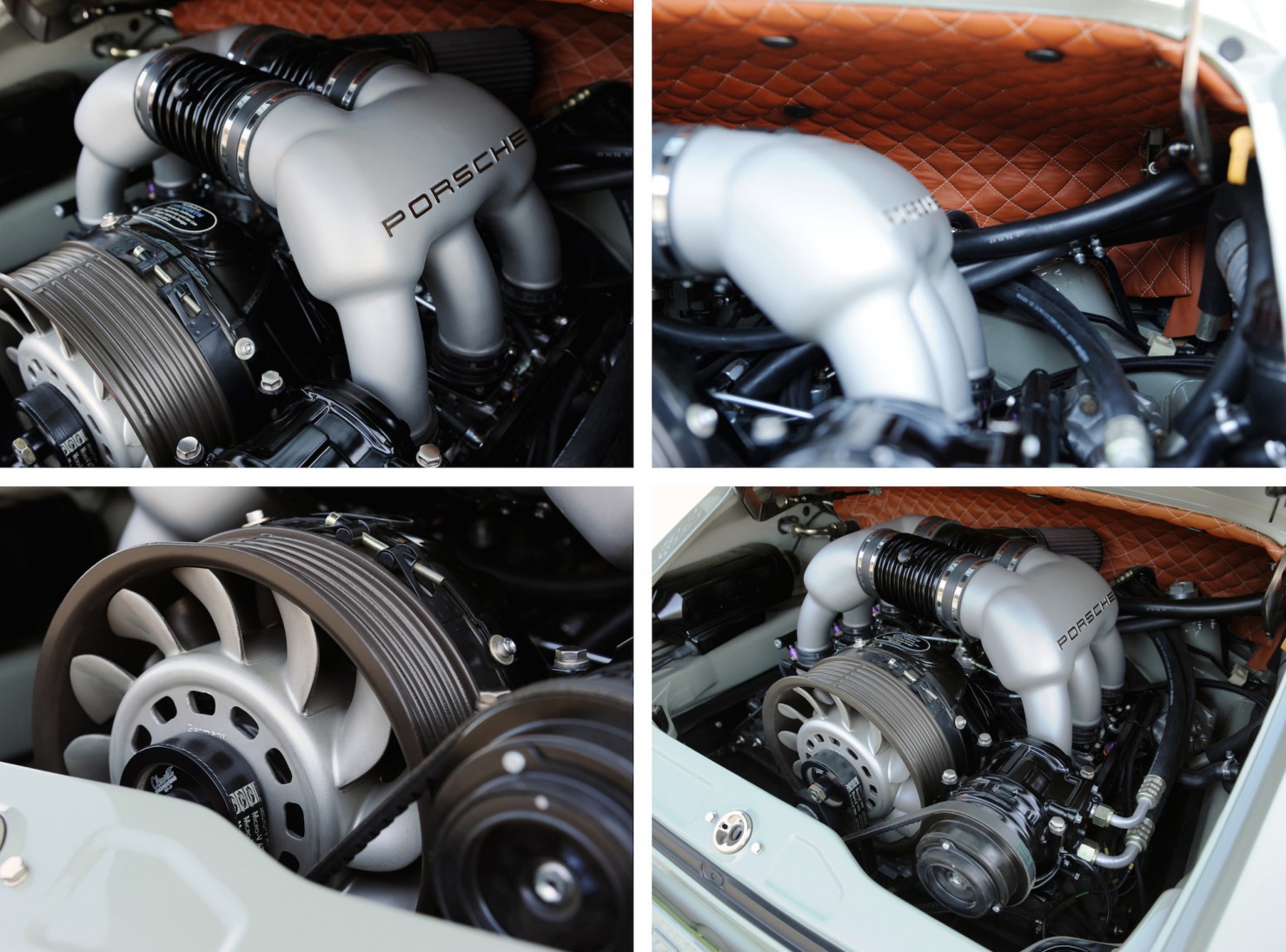 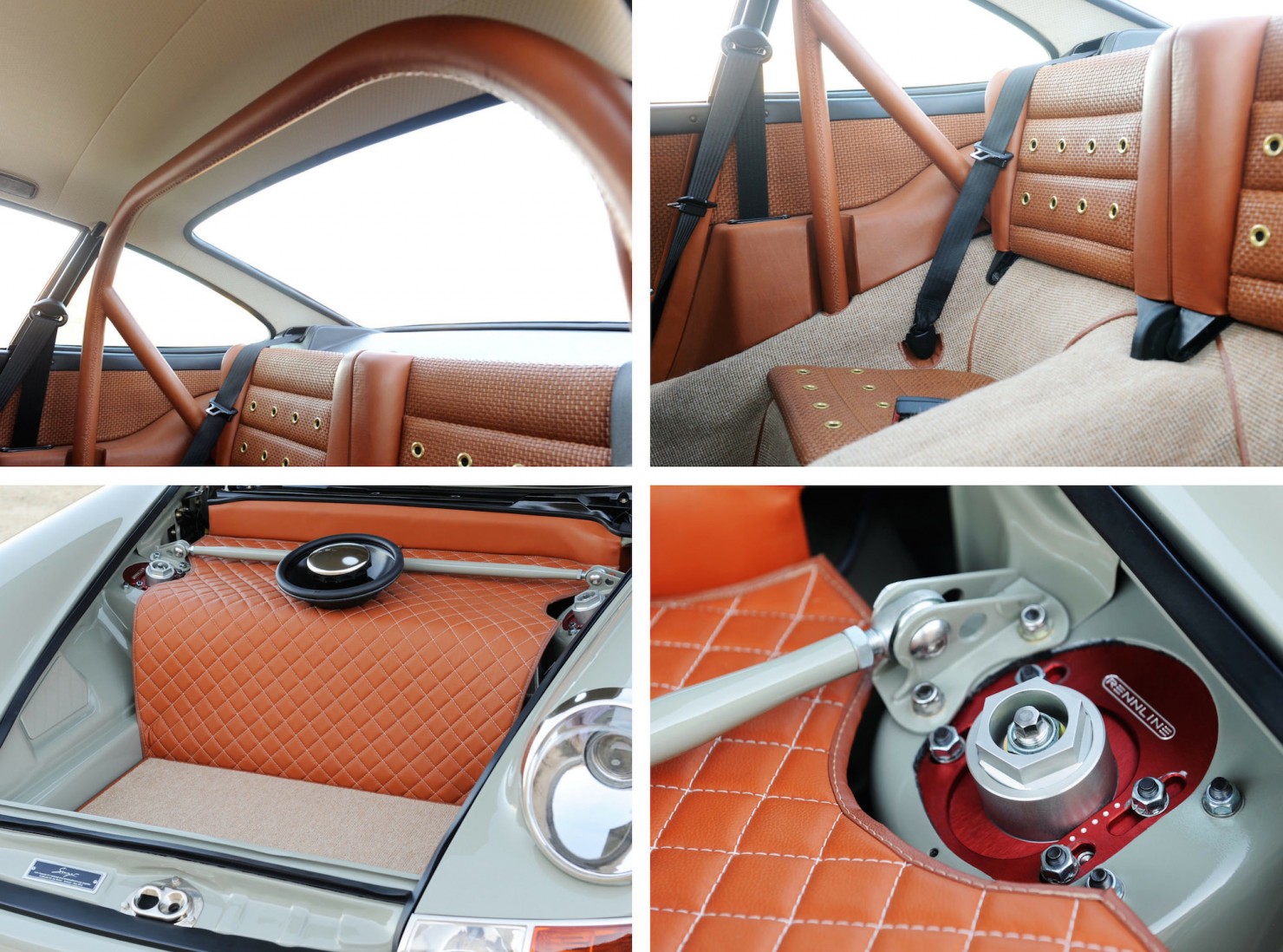 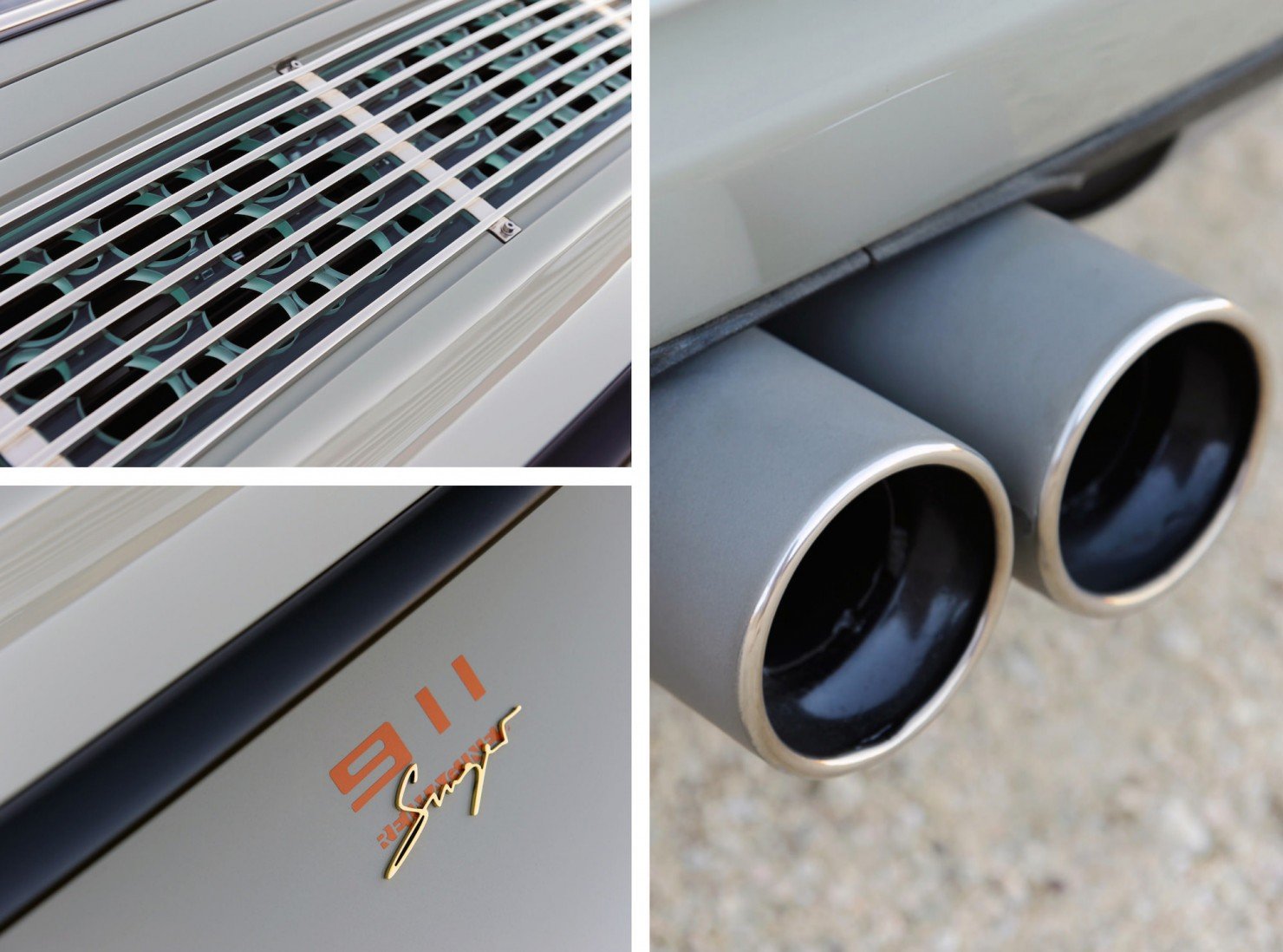 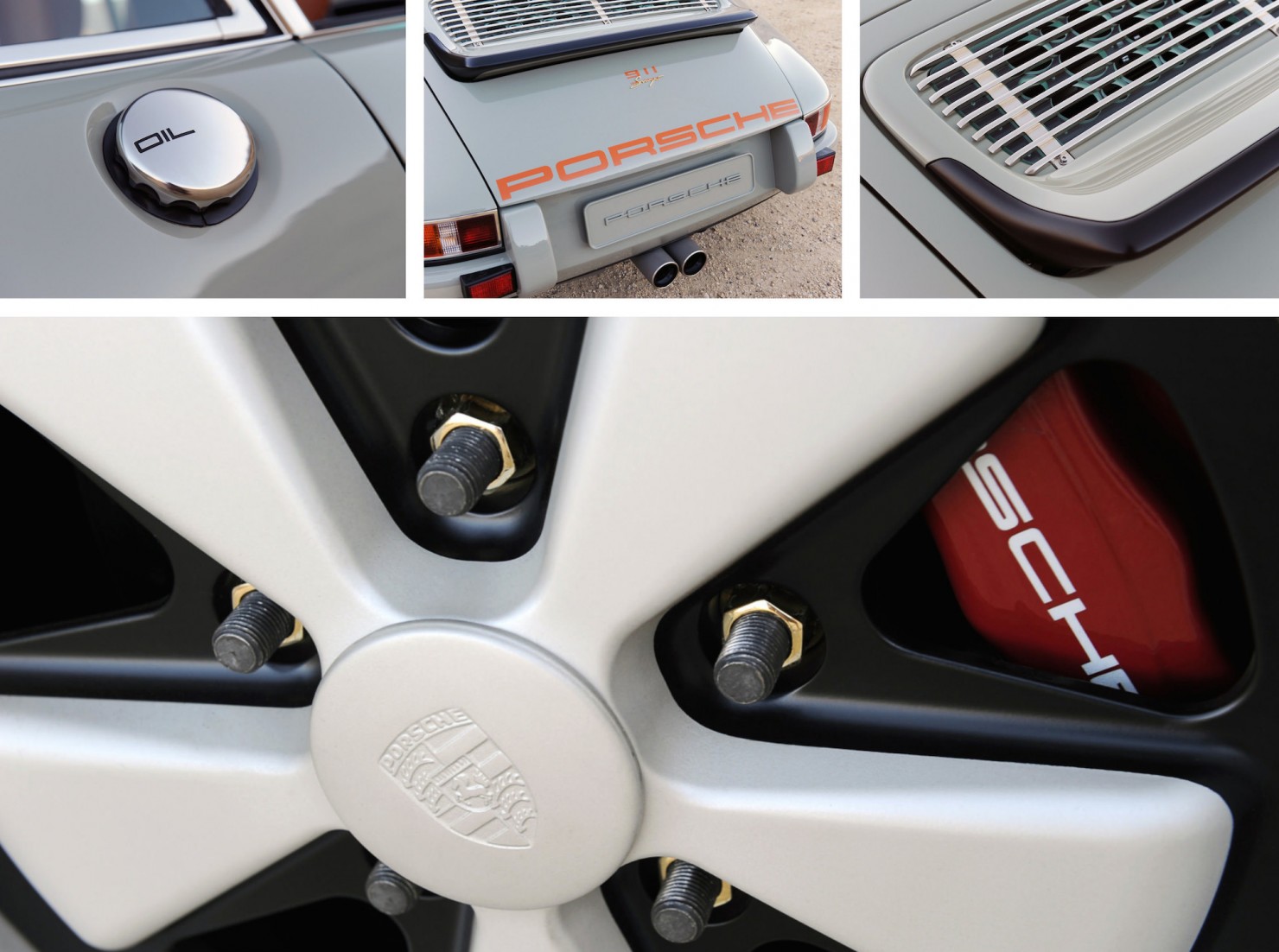 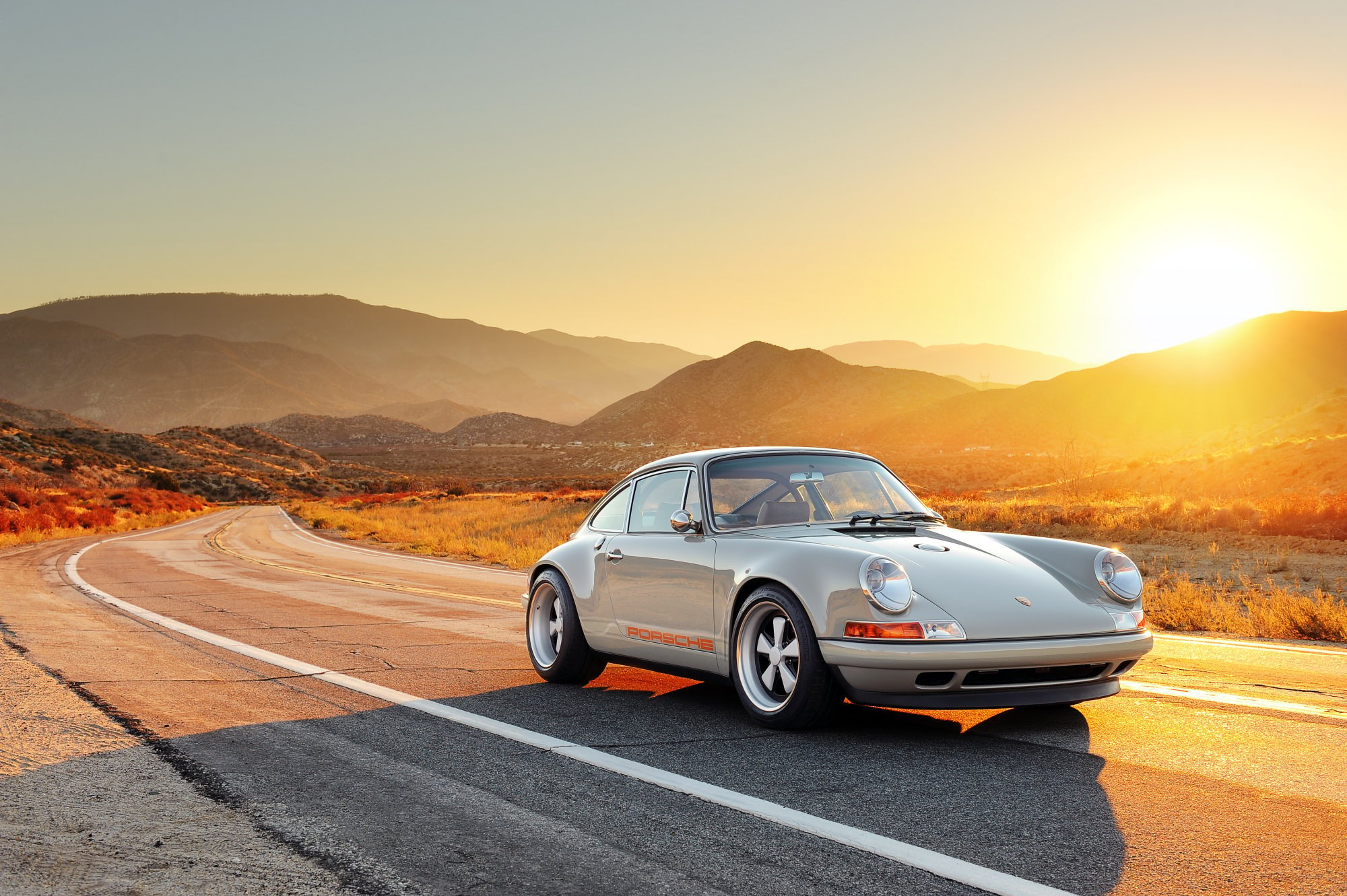