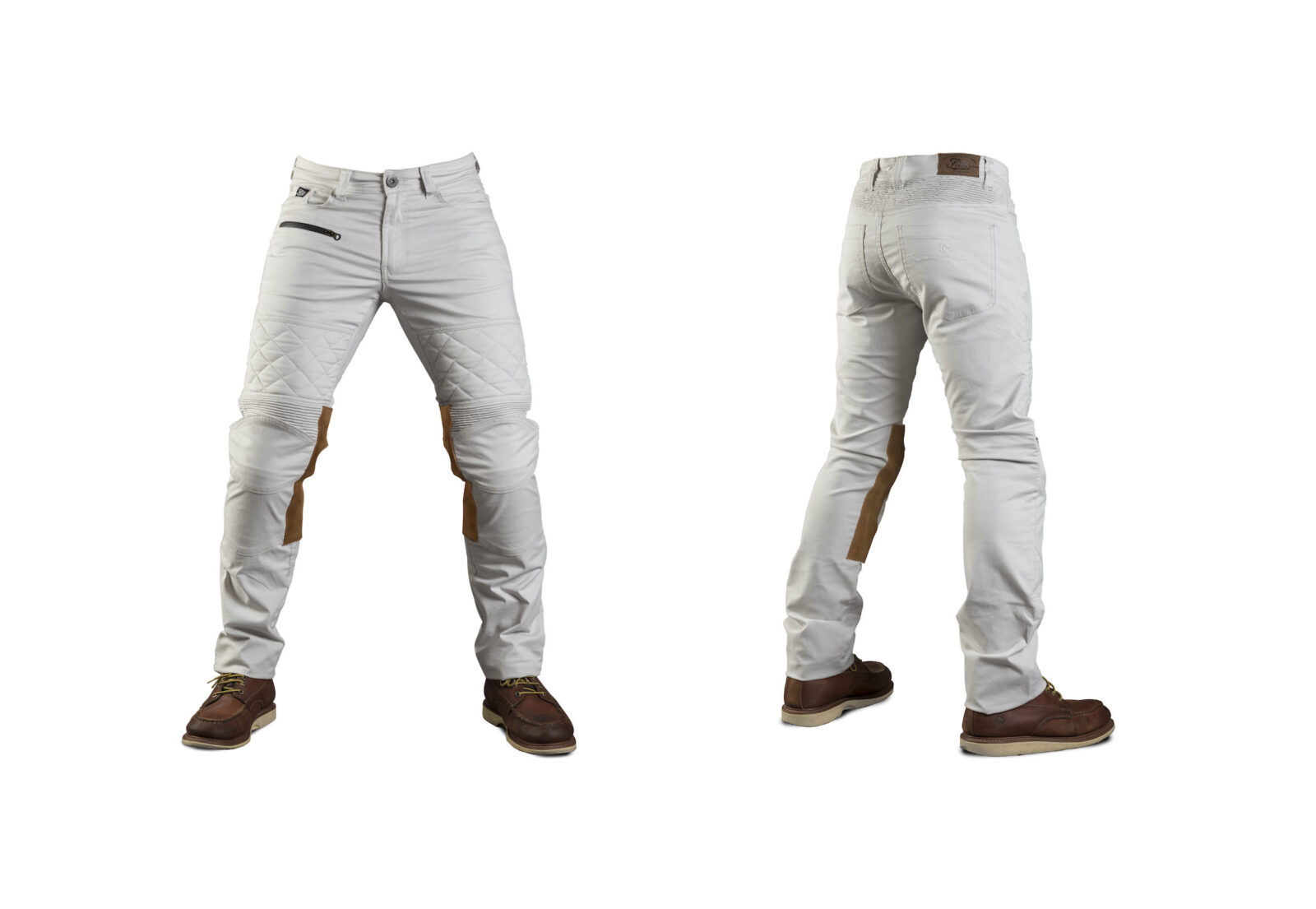 Fuel Motorcycles developed the Sergeant line of motorcycle pants to replicate the design and function of the gear worn by Paris-Dakar and other desert racers back in the 1970s and ’80s.

Wearing white or light colored gear was a concept borrowed from the Middle East as it reflects heat and helps to keep you from keeling over from heat stroke. Fuel Motorcycles runs the legendary Scram Africa rally each year, crossing 2,500+ kms of North African desert, so they’re careful to design gear that’s capable of taking on everything the Sahara can throw at you.

Each pair of Fuel Sergeant Pants is made from 11.5 oz heavy cotton twill with a para-aramid anti-abrasion liner. There are stretch panels above both knees to keep you comfortable on longer rides as well as CE level 2 Smoothways knee and hip armour.

You may not need to cross deserts, but if you ride in the summer in a warm climate, these might just be just the pants you need to keep you from cooking in the sun. 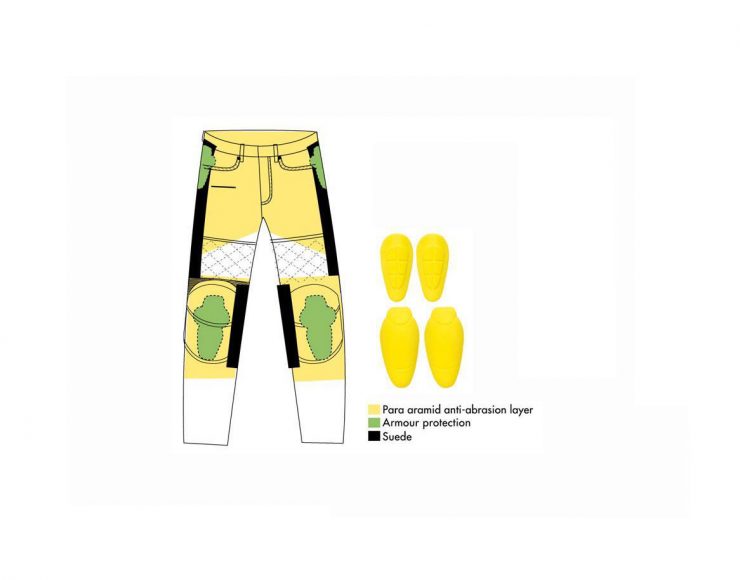 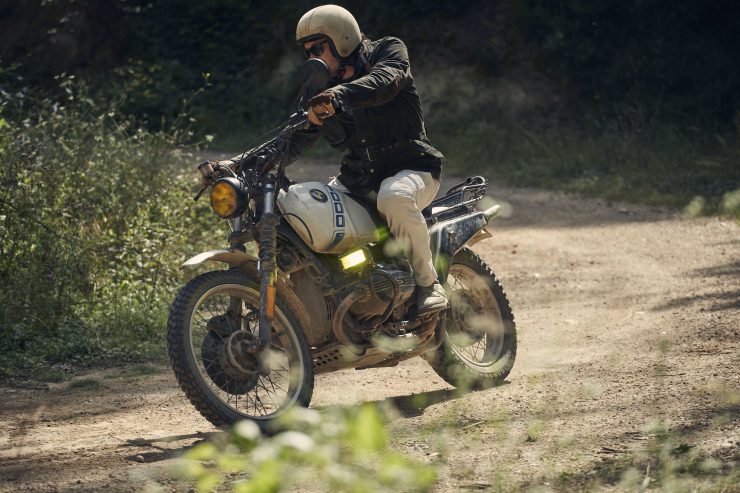 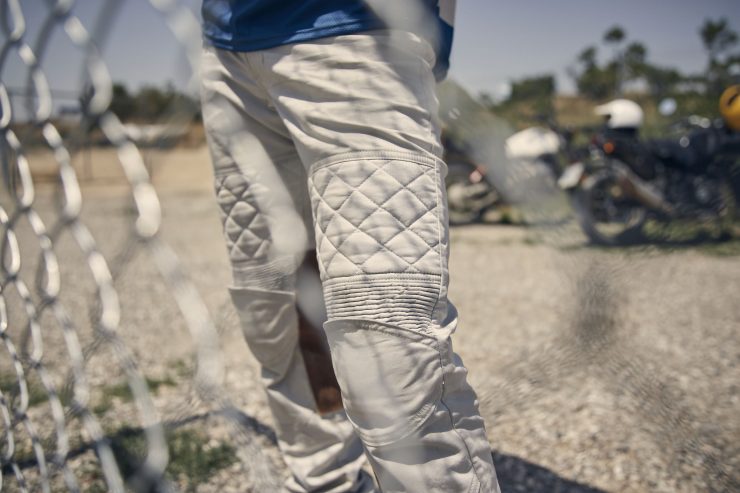 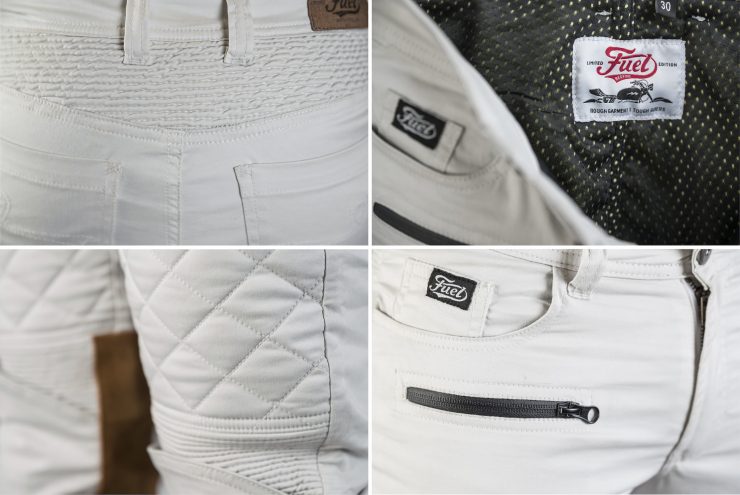 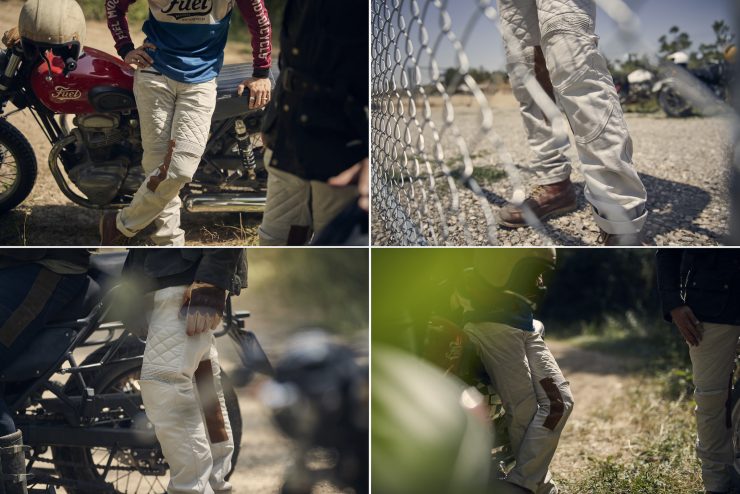 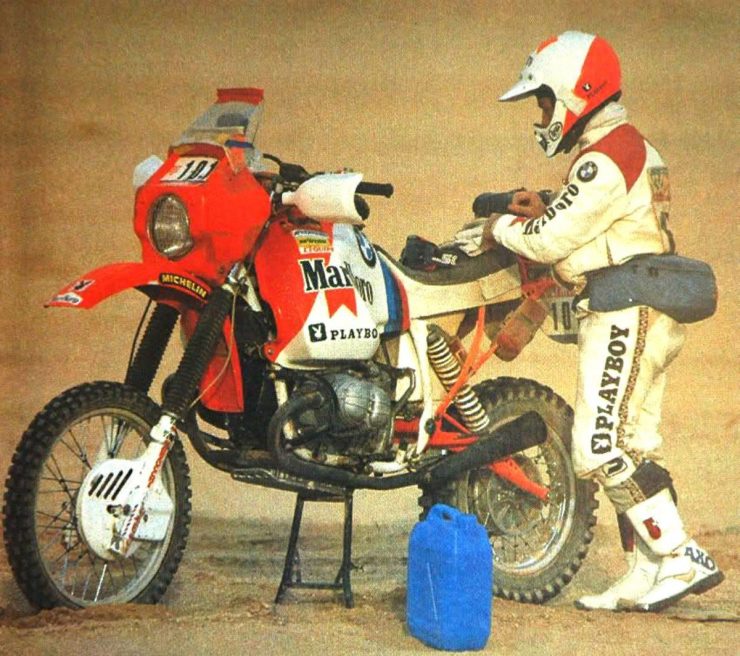 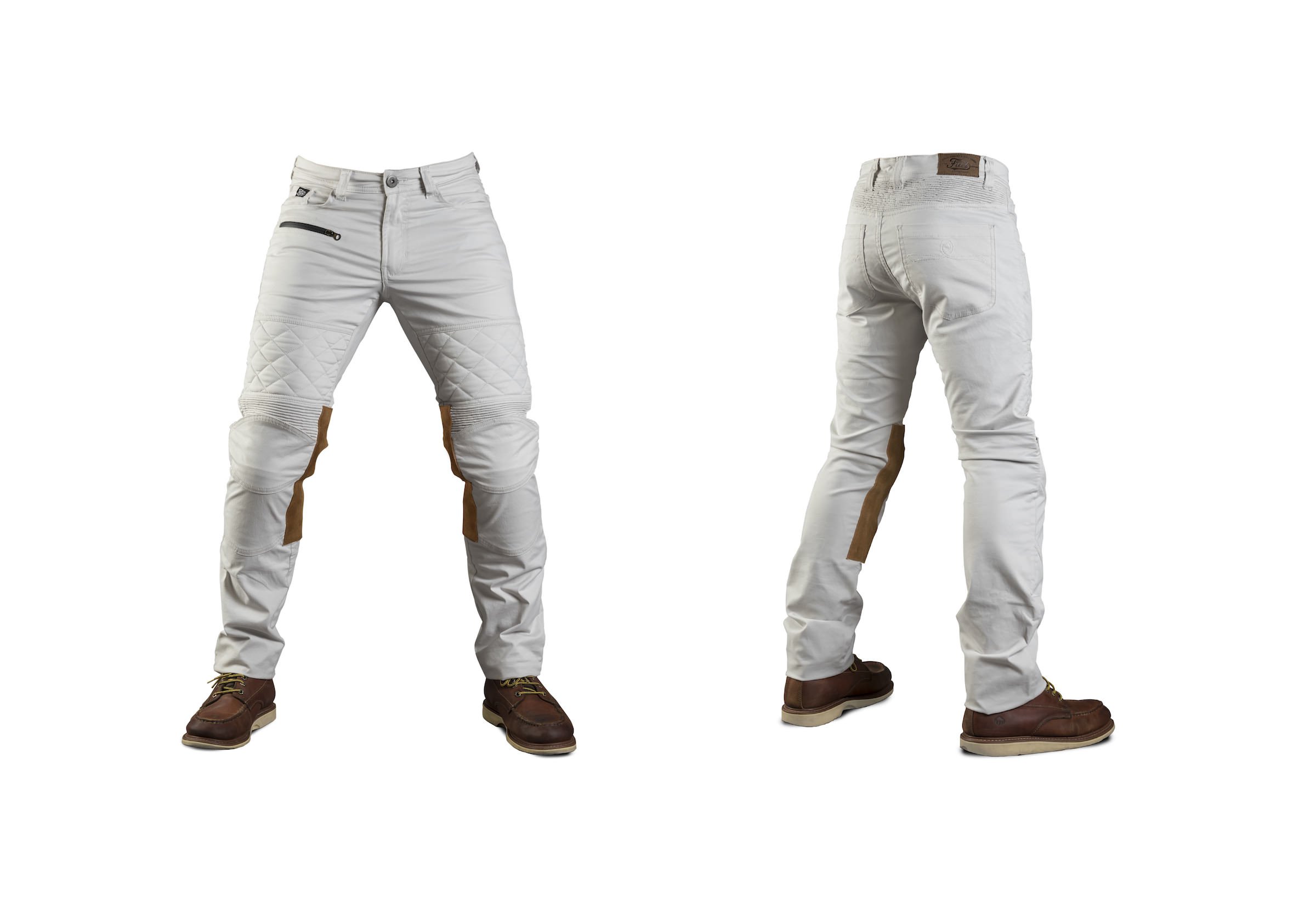