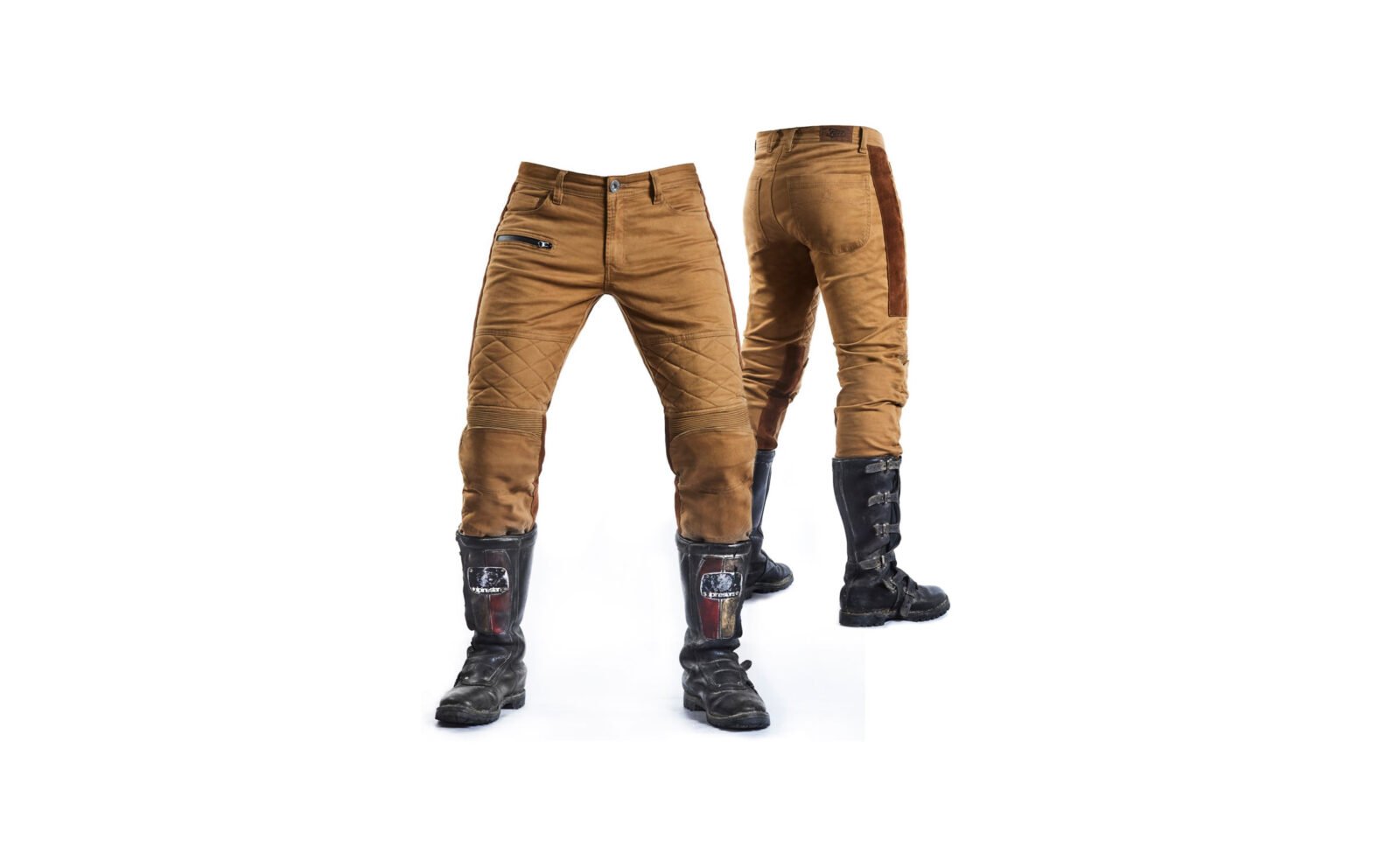 The new Fuel Sergeant Pants were specifically designed for use by motorcyclists in both urban and off-road environments. The main outer section of the pants are made from waxed 12.5 oz denim, with an abrasion and puncture resistant Para-Aramid internal lining around the knees and thigh/waist area.

For impact protection there are removable CE level 2 Smoothways provided for the knees and outer hip sections. The upper knee area has accordion sections to keep you comfortable on long rides – it reduces bunching when you’re in the saddle with your knees bent and your feet on the pegs. There are additional denim patches over the knees and upper shins, and quilted sections over the thighs, with suede detailing.

The Fuel Sergeant Pants can be ordered in sizes from 28 to 40, and you can choose from either Sahara or Indigo with tan stitching. 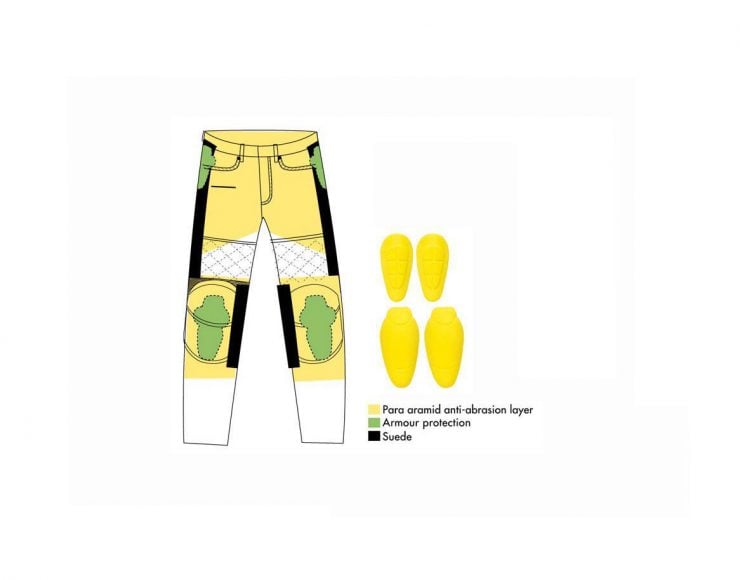 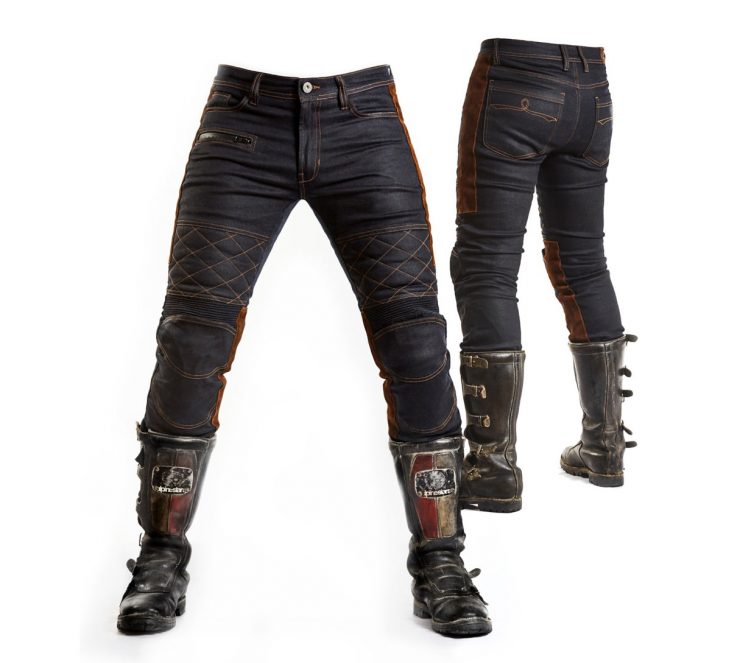 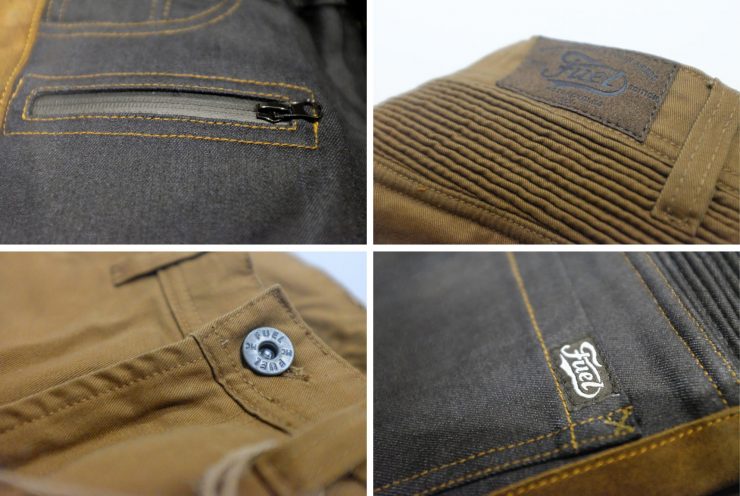