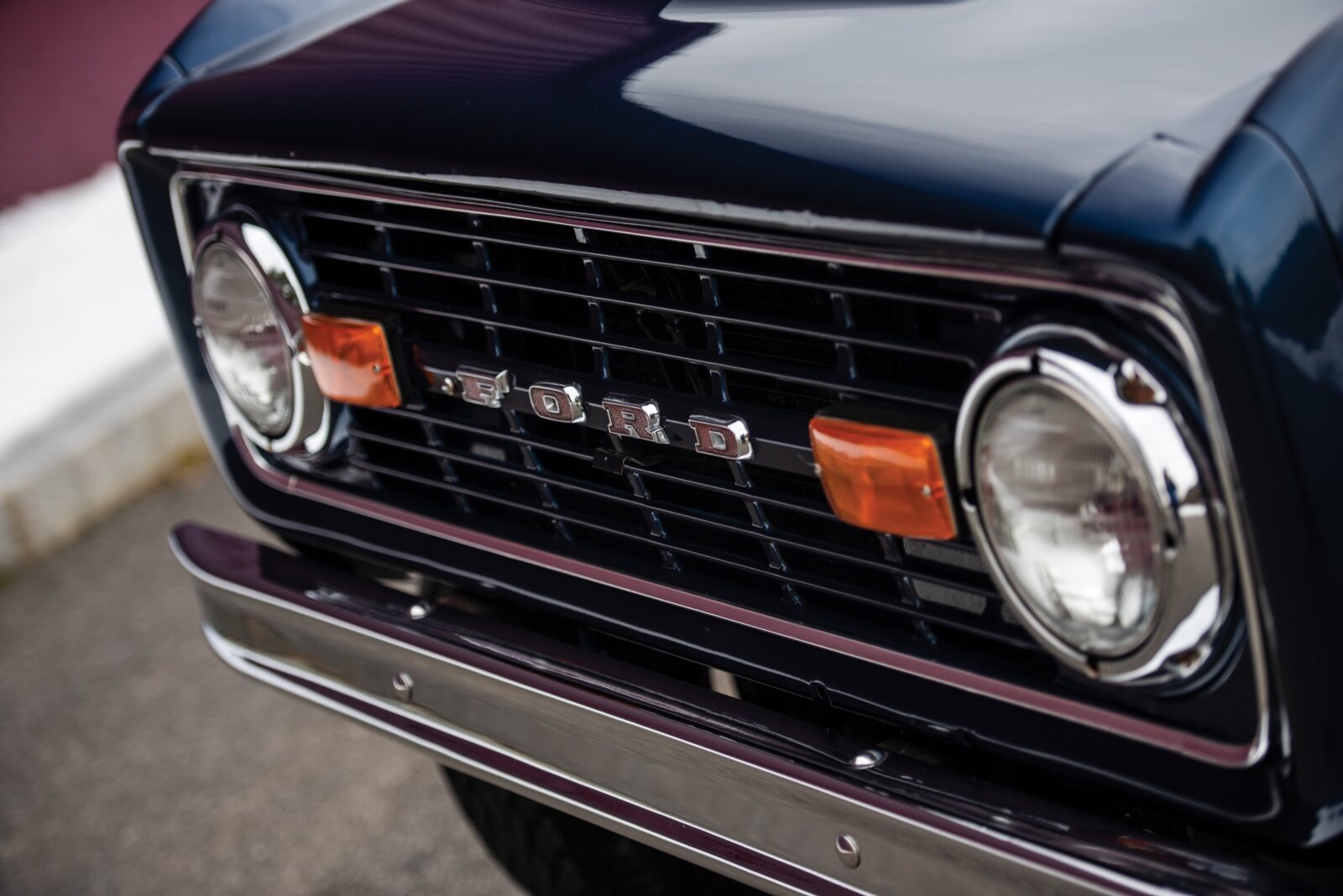 The first generation Ford Bronco was something of a trailblazer, although it was the second to blaze a trail already begun by the International Harvester Scout, the car that effectively created the SUV genre, which was back then called the MPV (Multi-Purpose Vehicle).

The original idea for Ford’s entry into this genre that had been pioneered by International Harvester was created jointly by Ford product manager and father of the Mustang, Donald N. Frey, and Ford Vice President Lee Iacocca. Both men could see both the need to compete not only with the International Harvester Scout, but also the Jeep CJ, Toyota Land Cruiser, and the British Land Rover. To compete it is necessary to build something that is an improvement on the vehicles you are competing with, and so much thought went into how to build the new Ford Bronco at minimal cost, but with optimal features that buyers would go for. 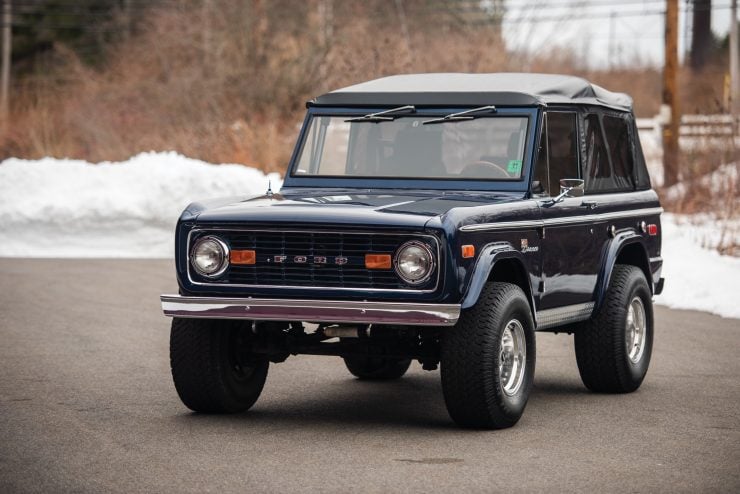 The first iteration of the Bronco was a bit of a “parts bin special” because Ford wanted to not only ensure ease of design and construction, but also streamlining the supply of parts to dealers by using parts common to other Ford vehicles. The front and rear axles of the F100 and the 170 cu. in. in-line six cylinder engine from the Ford Falcon were used. The Ford Falcon engine required some modification to make it suitable for a four wheel drive vehicle and so it was given solid valve lifters, a carburetor with floats that would be minimally affected by steep angles, an oil bath air-cleaner to better cope with dusty environments, and an enlarged capacity sump.

The chassis of the Bronco was a simple ladder frame affair with a leaf spring and live axle suspension at the rear. The Bronco’s competitors used leaf spring suspension at the front also so Ford decided to go for a coil spring front suspension which would much improve handling, and allow for a tighter turning circle. This new front suspension was named the “Cushion Beam”. The transmission was an all synchromesh three speed gearbox with column shift mated to a Dana Model 20 transfer box and a Dana Model 30 front differential with manual locking hubs.

The first generation Ford Bronco entered production in 1965 and underwent various updates until its final year, 1977.

The Bronco you see here has been comprehensively rebuilt to ensure it’ll have no problem at all keeping up with modern traffic. The most significant upgrade is the fitment of a Ford 302 cubic inch V8 under the hood with an MSD ignition, Edelbrock heads, an Edelbrock manifold, and a custom stainless exhaust.

Power is sent back to a 3-speed manual transmission with a Hurst shifter, and the Bronco rides on American Racing-style alloy wheels with Warn locking hubs, shod with Pro Comp All Terrain tires. The wheel arches have flares fitted, albeit subtle ones, in order to keep the wider-than-stock tires covered. 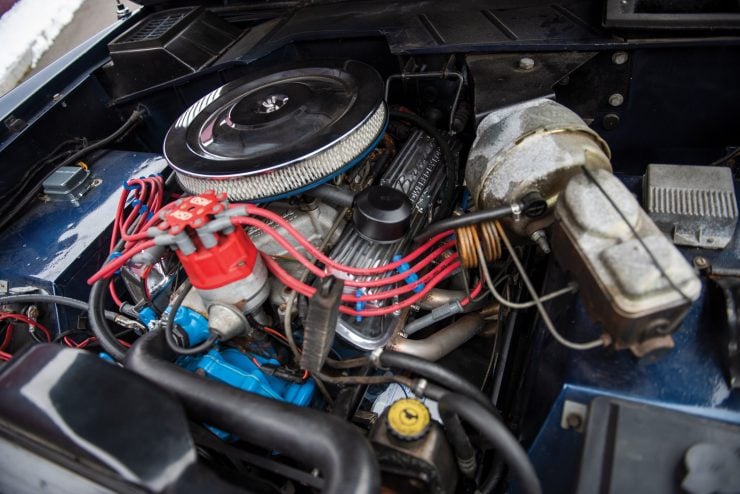 There are twin bucket seats up front, with a wood-rimmed steering wheel, with a diameter that tells you that the Bronco has power-steering fitted. The original speedometer has been replaced with a modern digital gauge that displays voltage, fuel remaining, oil pressure, and coolant temperature along with the speedometer and tachometer. A “Tuffy” center console is fitted, and equipped with a CD player with an iPhone connector, while the dashboard retains the original controls and Ford radio/cassette player.

RM Sotheby’s will be offering the Bronco as part of the Dingman Collection on the weekend of the 23rd of June with an estimated value of between $40,000 and $70,000 USD. If you’d like to read more about it or register to bid you can click here to visit the listing. 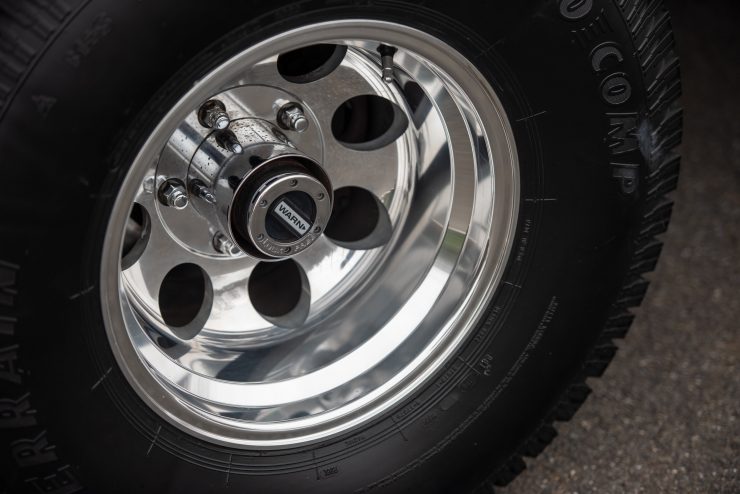 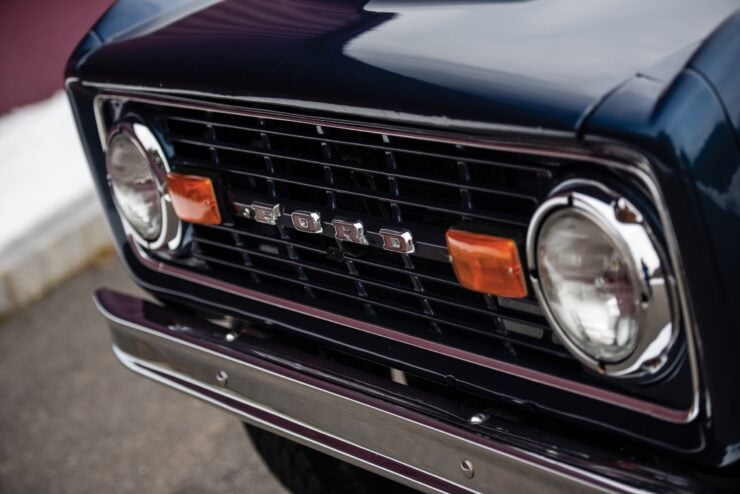 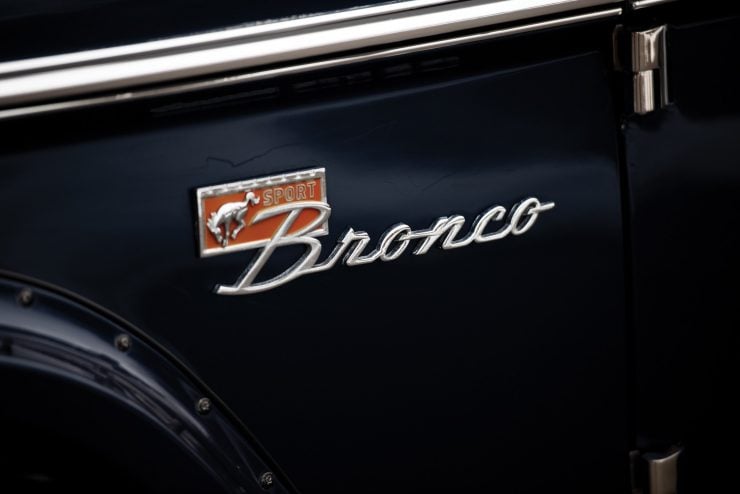 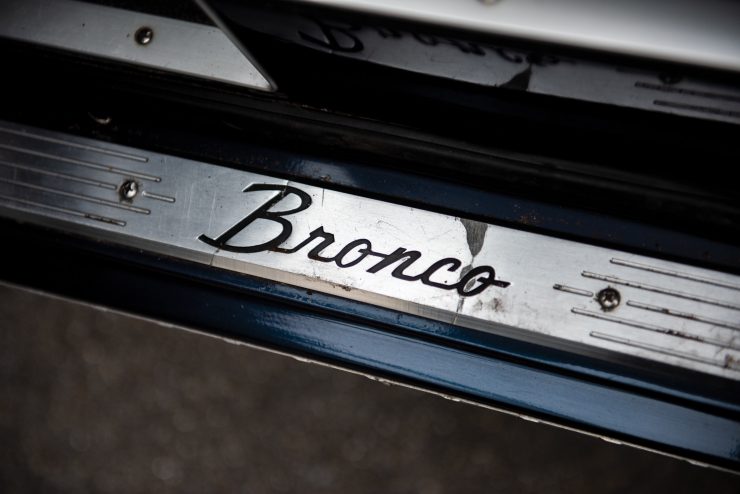 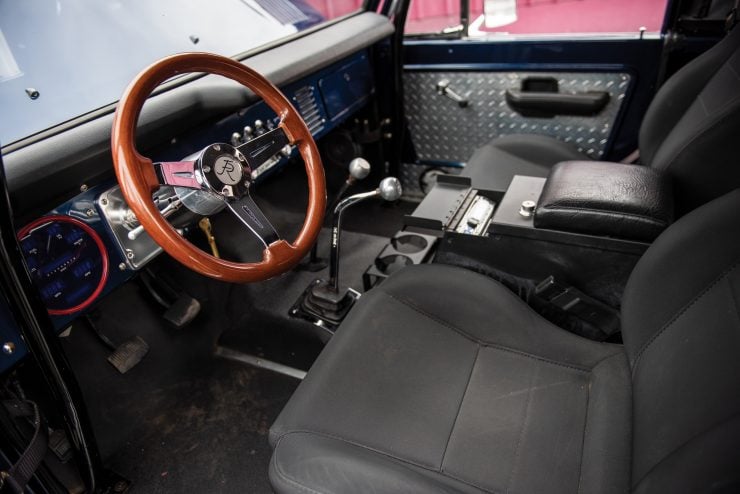 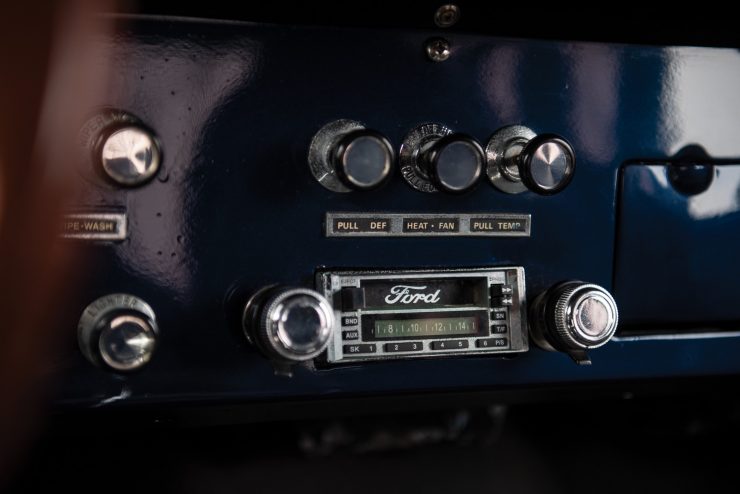 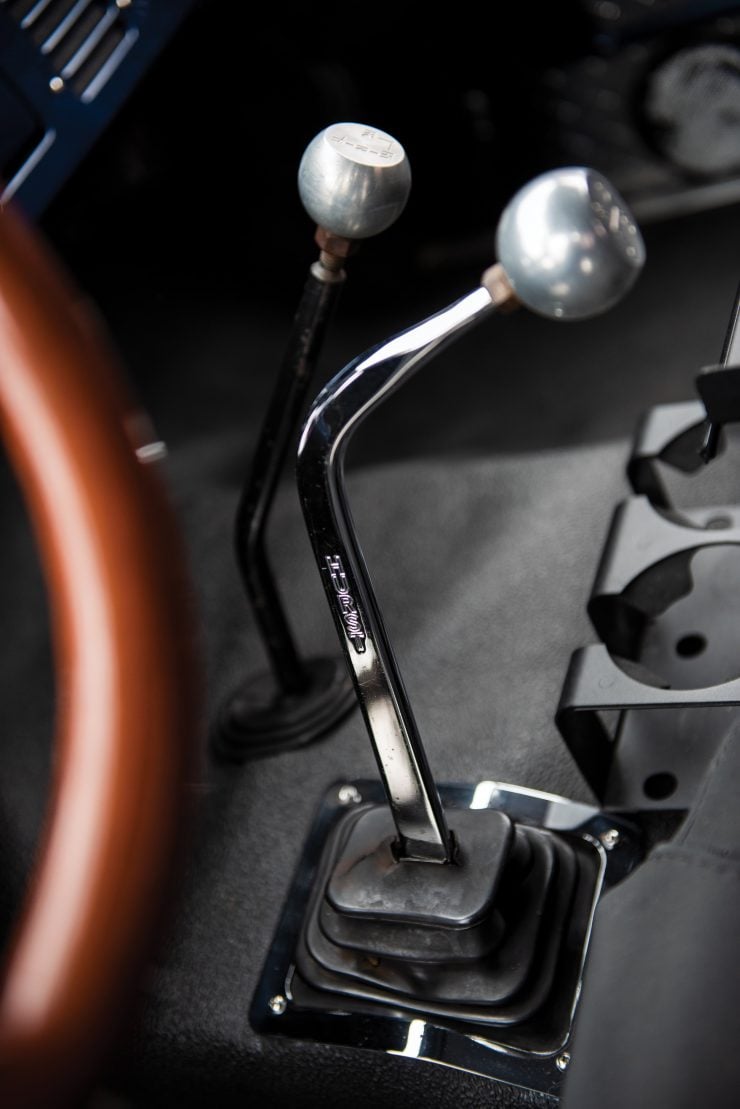 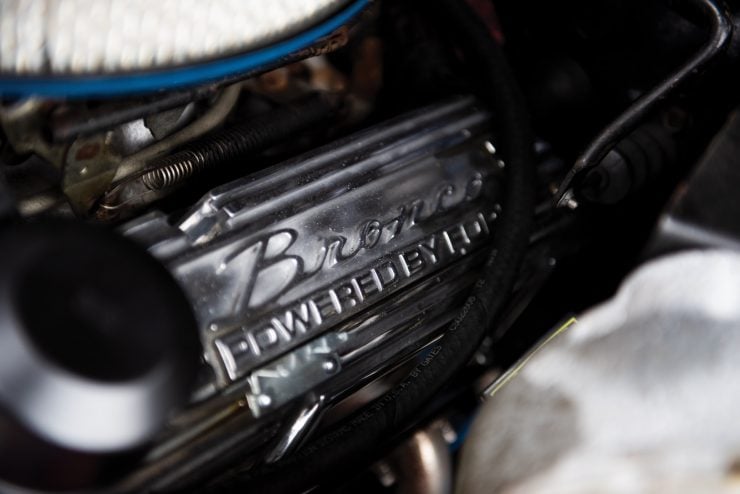 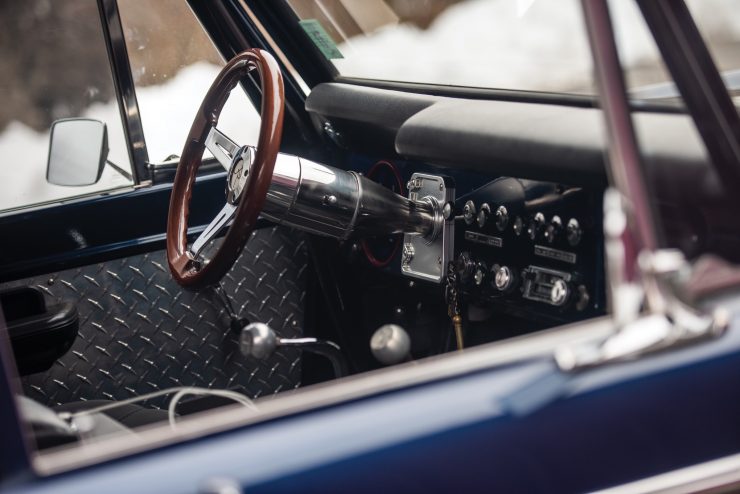 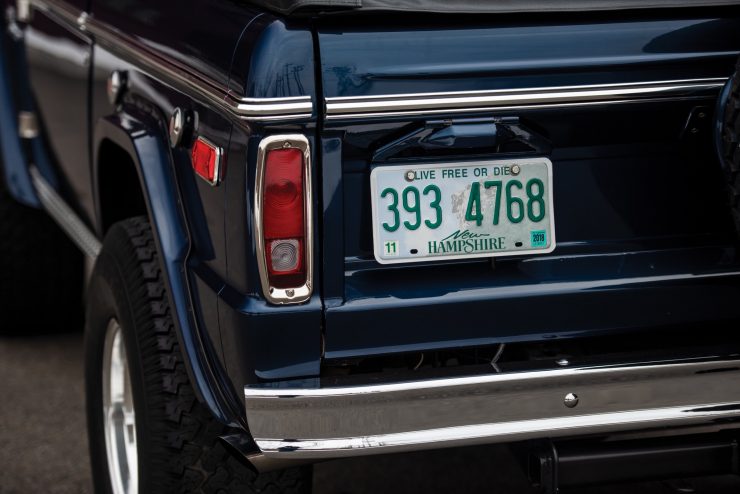 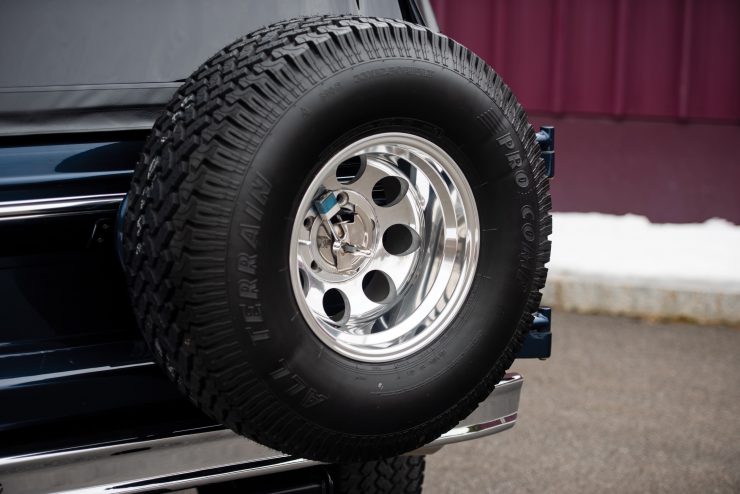 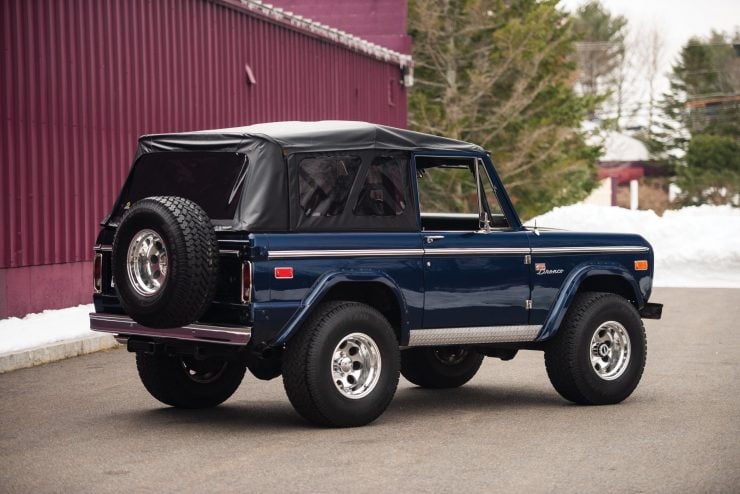 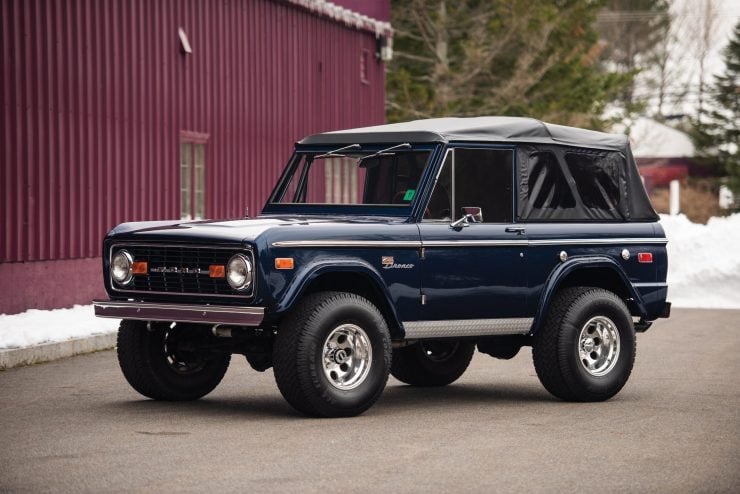 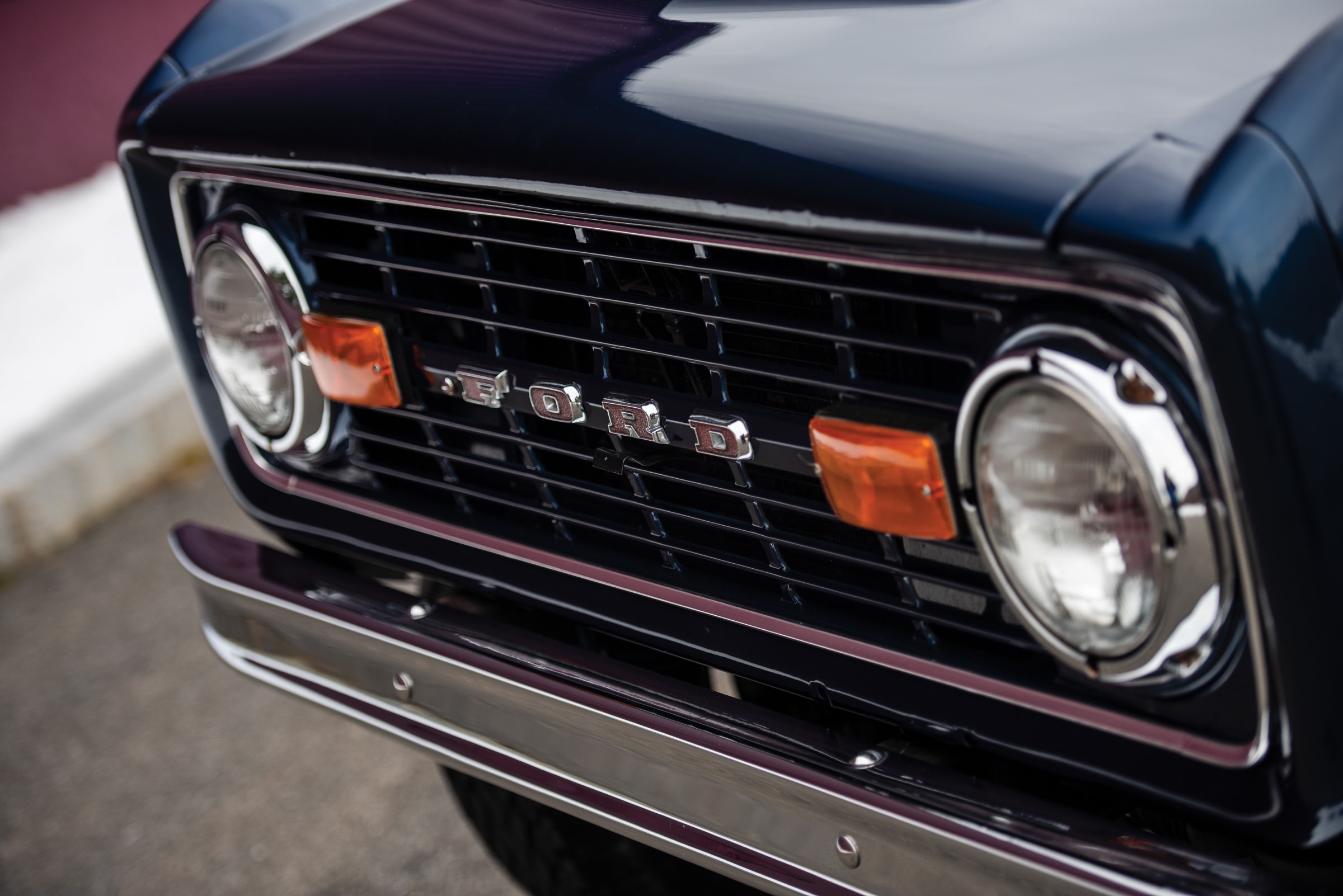