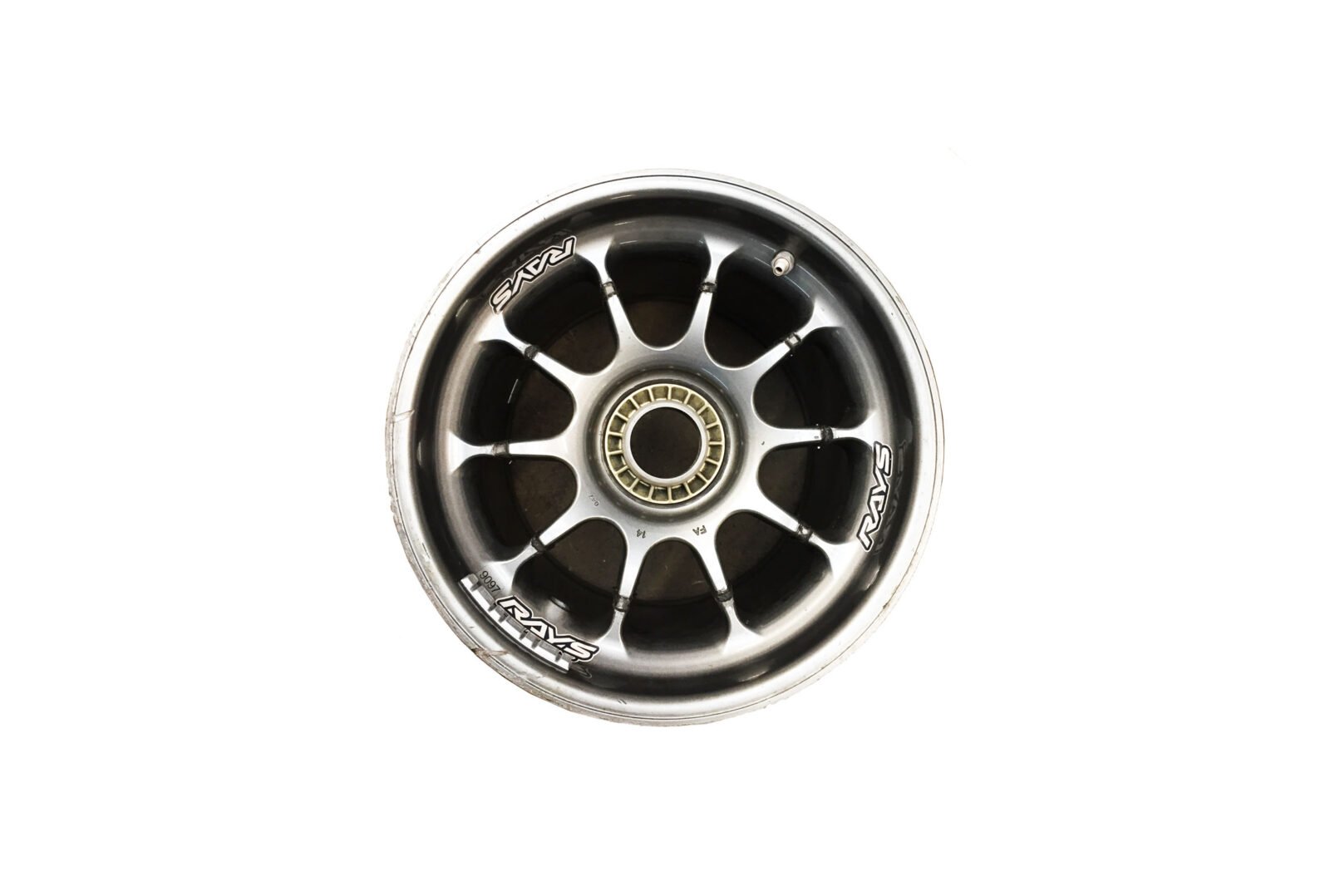 This is a Williams Racing race-used wheel that was fitted to the FW35 car in the 2013 F1 World Championship season. It’s now been converted into a coffee table by the addition of a toughened glass top, but other than this it’s in the same condition it was in when used by the team – dings and all.

Each of these forged magnesium wheels is manufactured by Rays in Japan using their own unique, proprietary process. Magnesium wheels are approximately 30% lighter than a comparable aluminum-alloy wheel, while still having comparable strength, and also possessing superior vibration damping properties.

The wheel/coffee table you see here still has the captive wheel nut attached, as well as the original balance weights attached to the rim, making it an excellent conversation piece, and the ideal place to sit your beer while watching the race. 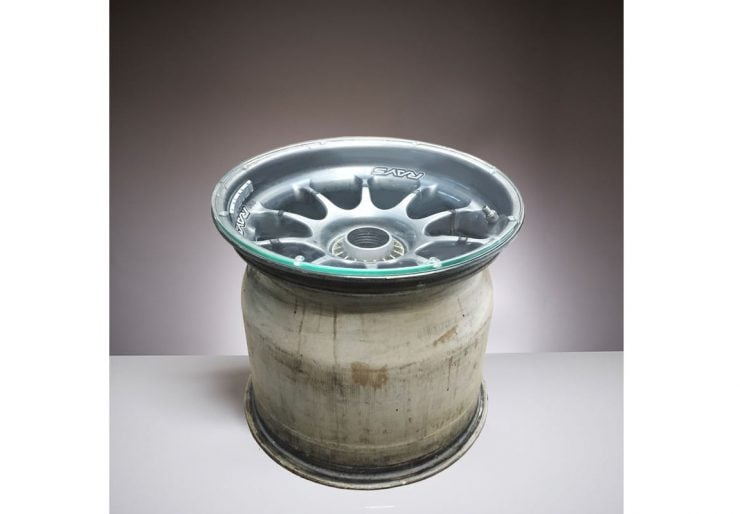 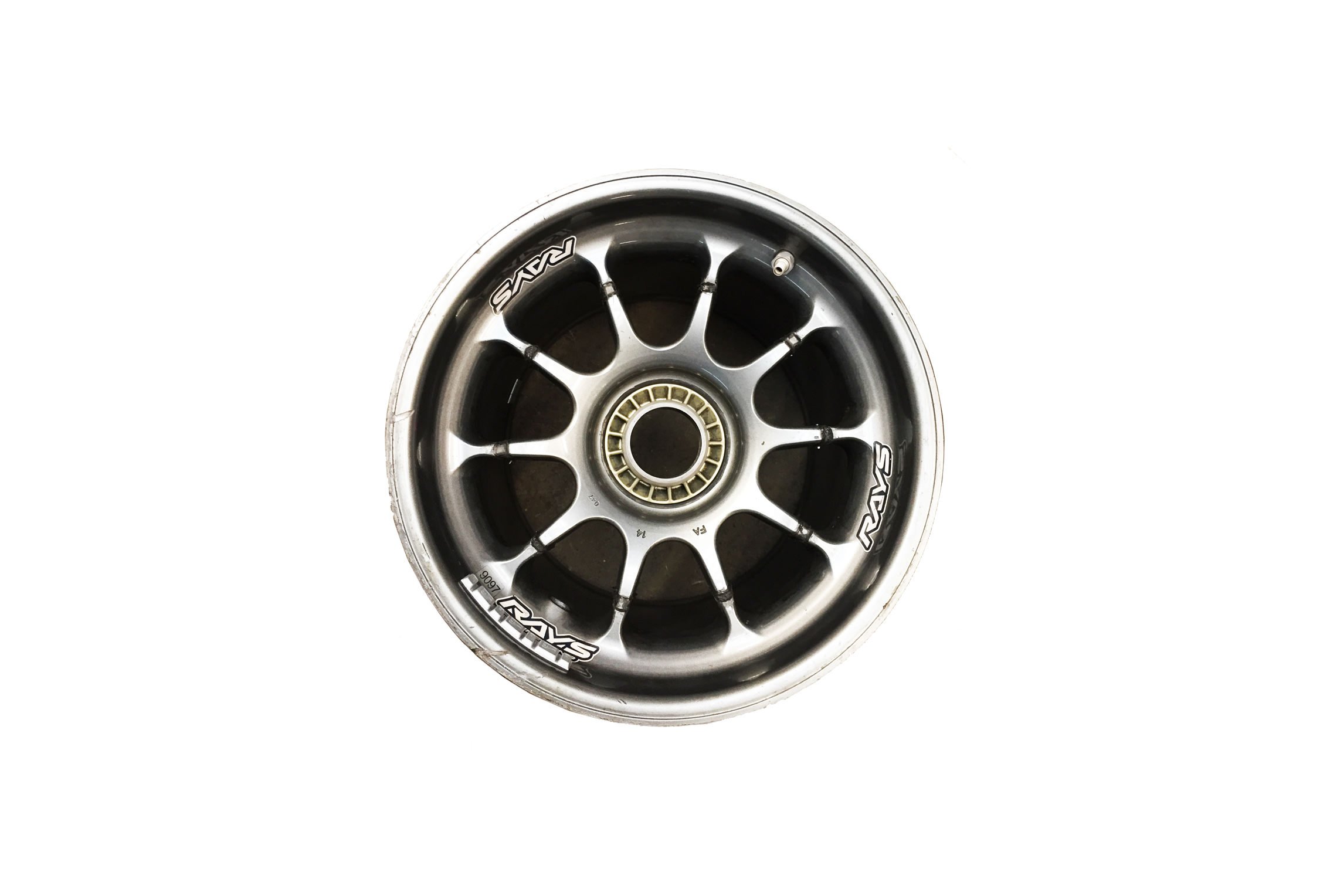