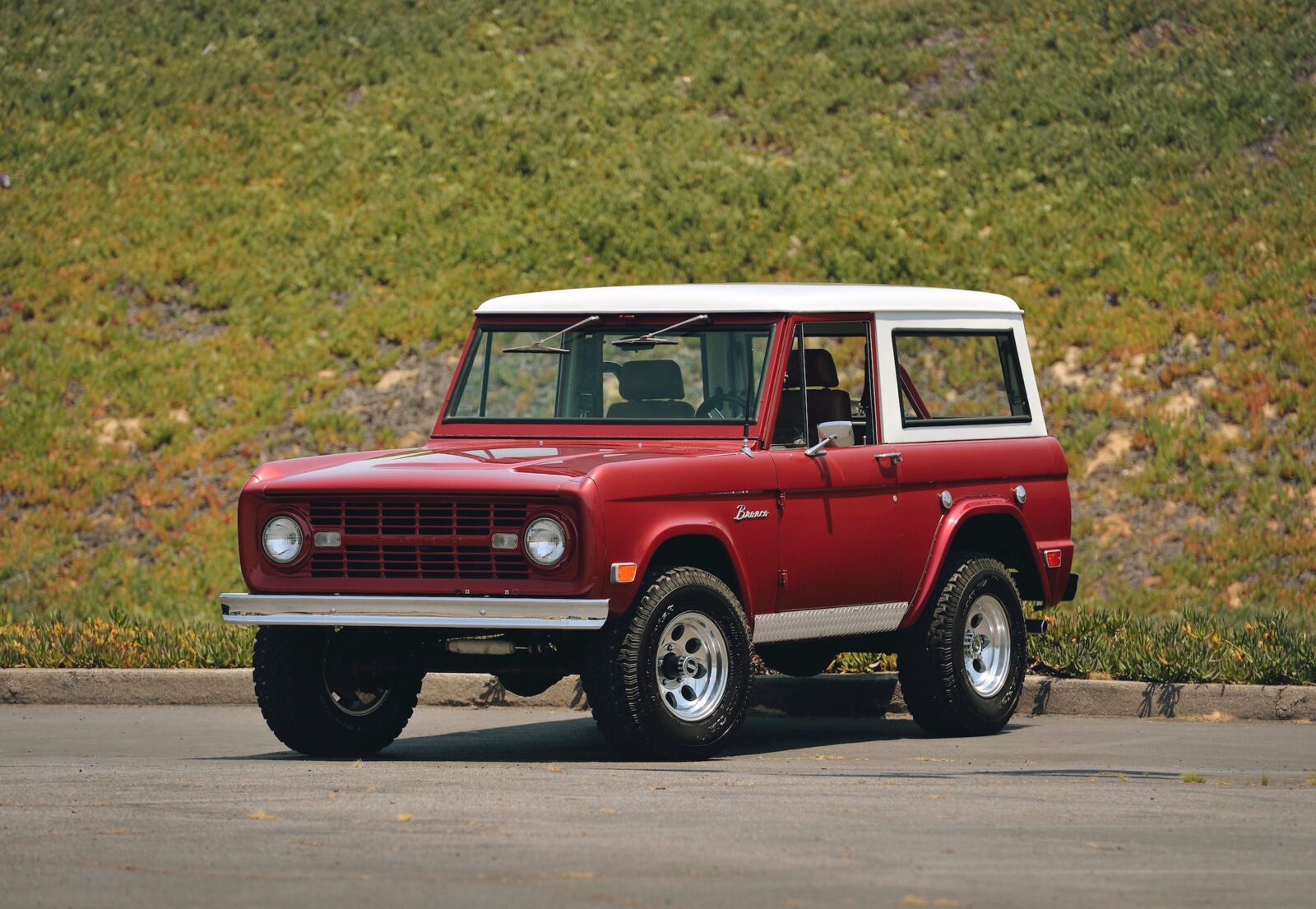 The first generation Ford Bronco was created in response to International Harvester’s new Scout and other four wheel drive vehicles that were appearing in the American vehicle marketplace, such as the Jeep CJ. What International Harvester had done in creating the Scout was to make a four wheel drive that improved on the comfort and general usability of the Jeep to create a car that was part utility, and part fairly comfortable road going car.

The idea for the Ford Bronco was jointly put together by Ford’s Vice President Lee Iacocca and Product Manager Donald N. Frey, the same pair who were the instigators of another of the “Pony Cars” the Ford Mustang. The Ford Bronco was designed using flat glass which would be simple to make and replace, and was based on a conventional ladder frame chassis. The rest of the vehicle was made using parts that featured in other Ford production vehicles. The 170 cu. in. in-line six cylinder engine was from the Ford Falcon and Econoline light trucks, but modified to suit it to use in a four wheel drive by giving it solid valve lifters, a larger capacity oil sump, an oil bath air filter, and carburetor with floats able to be minimally affected by steep angles. 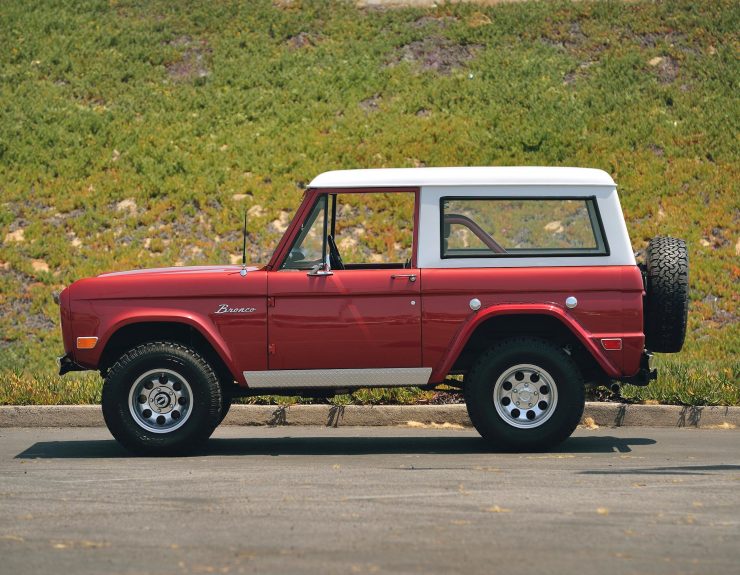 The transmission used for the Bronco was a three speed all synchromesh gearbox with a column shift, front and rear axles from the Ford F100, but with the front given a Dana Model 30 differential, the transfer box being a Dana Model 20. The suspension used was a conventional live axle with leaf springs at the rear, but to make the Bronco superior to its competitors Ford decided to give it a coil spring front suspension which they called the “Cushion Beam”. The use of coil springs enabled the turning circle to be kept to a modest 34 feet and gave the Bronco significantly improved handling by comparison to its rivals.

The first generation Ford Bronco was in production from 1965 until 1977 during which time it was given numerous upgrades including V8 engine options, automatic transmission options, and electric wipers in place of the vacuum wipers of the early models. The Bronco was one of the pioneers of the SUV genre and remains very popular with restomod enthusiasts.

The simple design of the first generation Ford Bronco has aged exceedingly well, prices have been climbing in recent years and the time when you could pick up a solid one for not a whole lot of money seems to have gone for good.

When it was first introduced, the Bronco was offered with a solid, reliable, albeit a little boring 2.8 litre straight-6. The popular V8s would come a little later, though many modern Bronco owners have since retrofitted their vehicles with uprated engines, typically V8s but occasionally hefty diesels too.

The Bronco you see here is a restomod, benefitting from a slew of upgrades including a 302 cubic inch V8 with a Holley Street Avenger 4-barrel carburetor, dual exhausts, Warn locking hubs, 15-inch alloy wheels, Stewart-Warner gauges, a roll bar, and both a white hardtop and matching soft top for the summer.

It’s also been fitted with power steering and power assisted brakes, tan bucket seats, a rear tire carrier, and a new coat of Red Rose Pearl paint. If you happen to be in the market for a pristine first generation Bronco, you’ll can click here to visit the listing on Barrett-Jackson to read more, or register to bid. 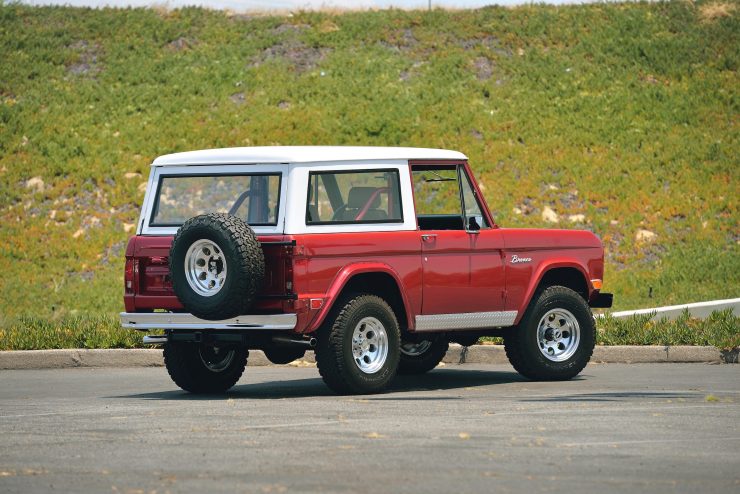 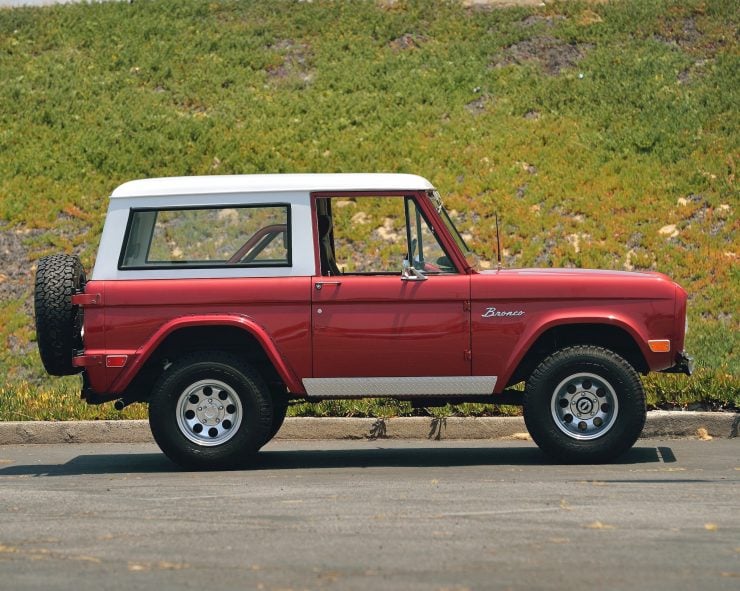 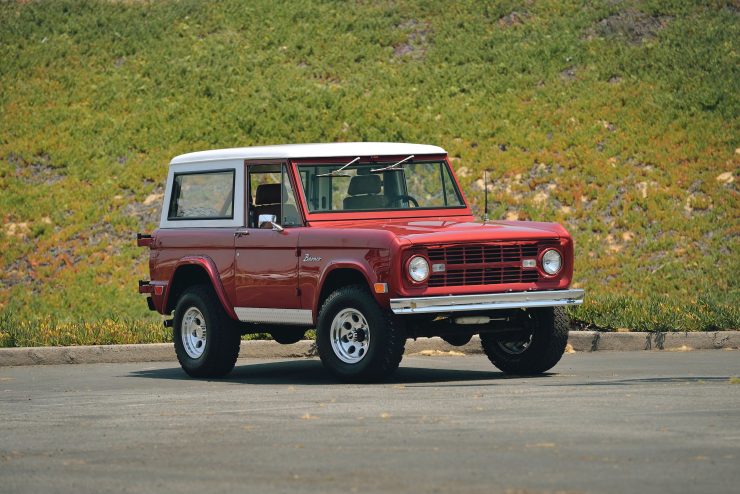 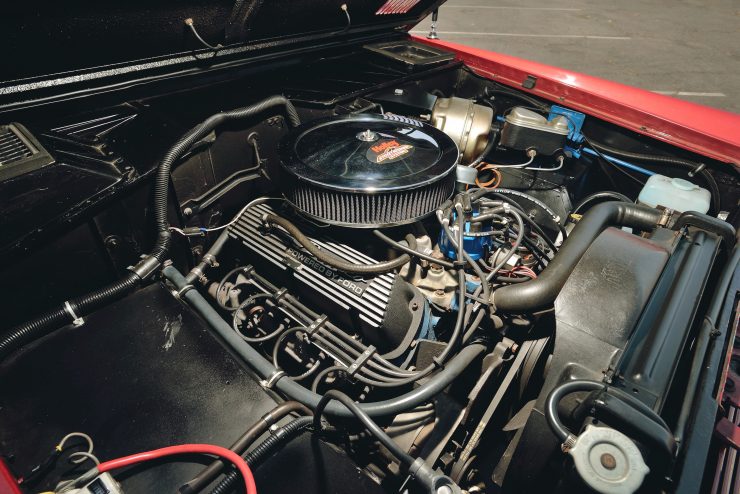 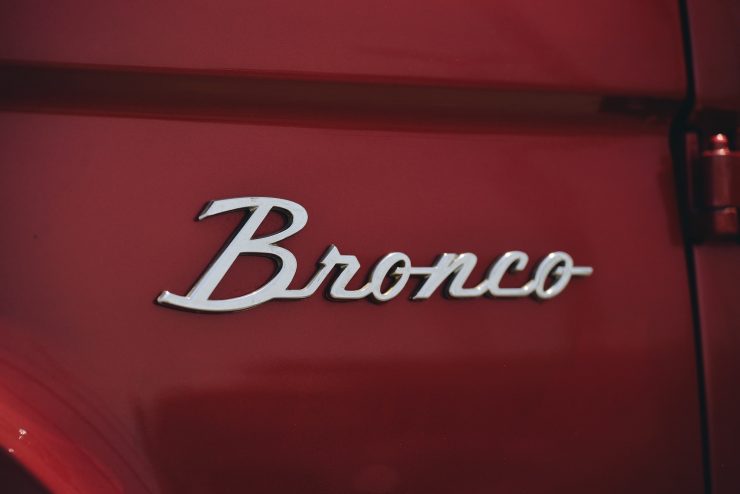 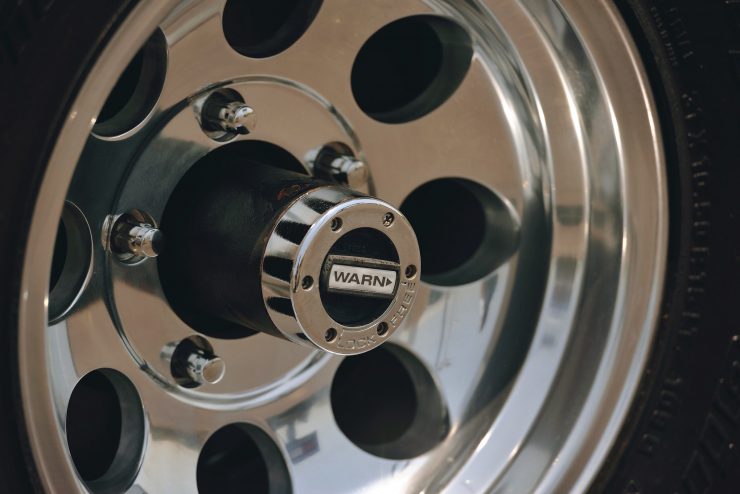 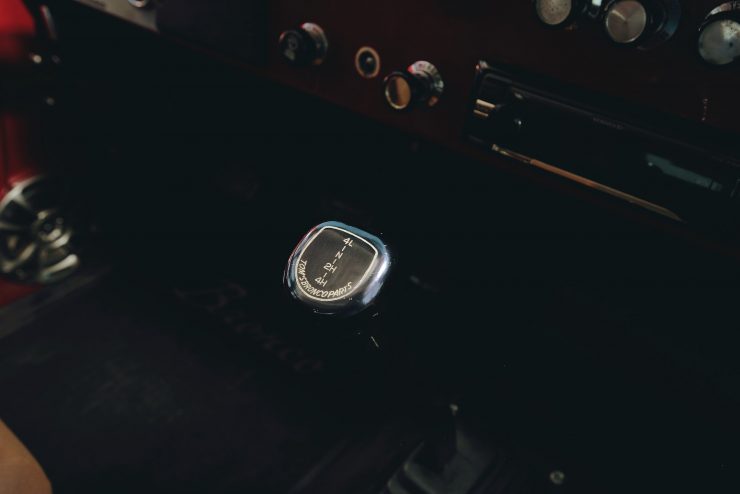 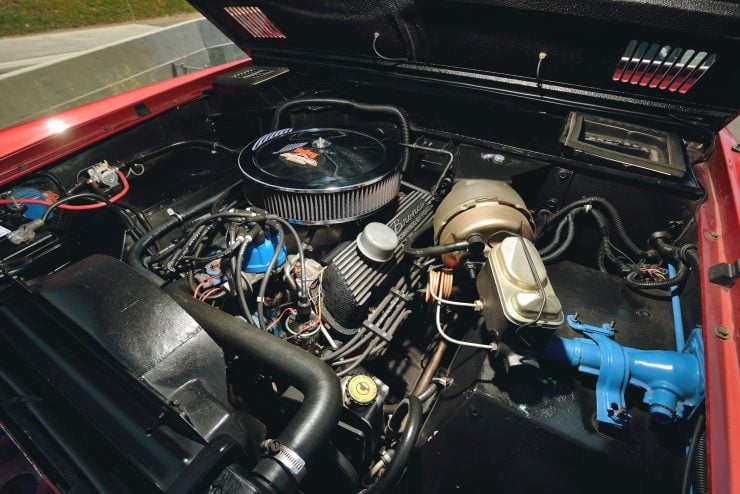 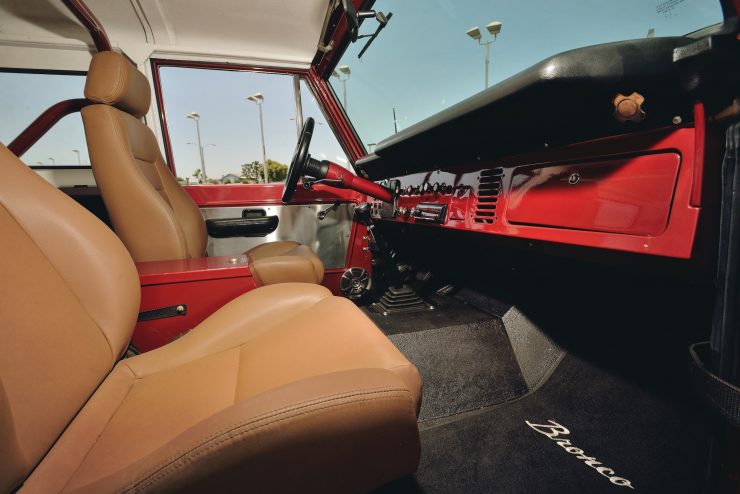 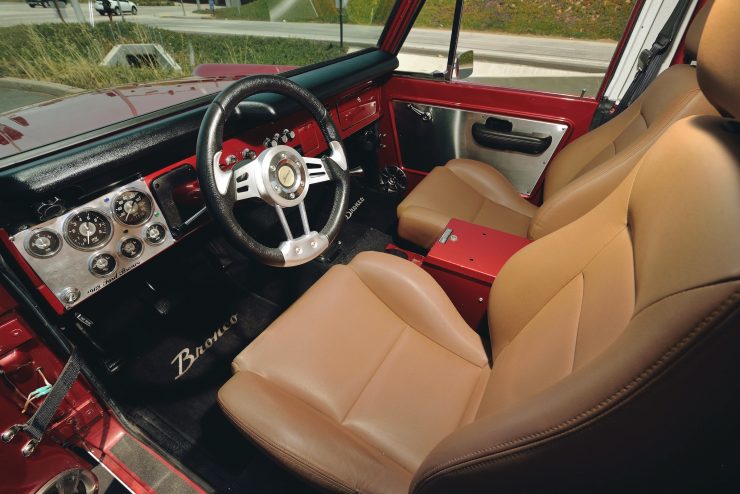 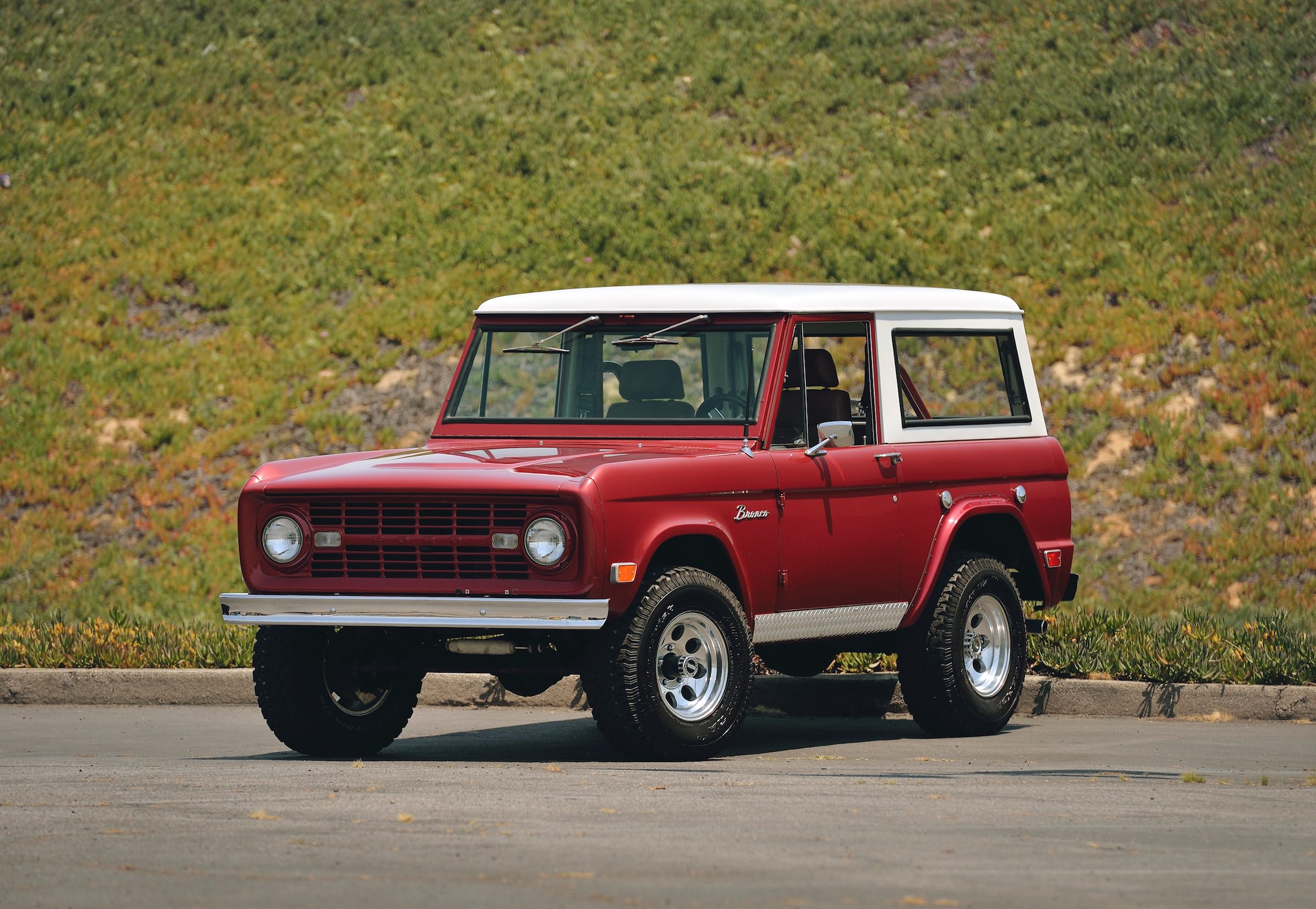