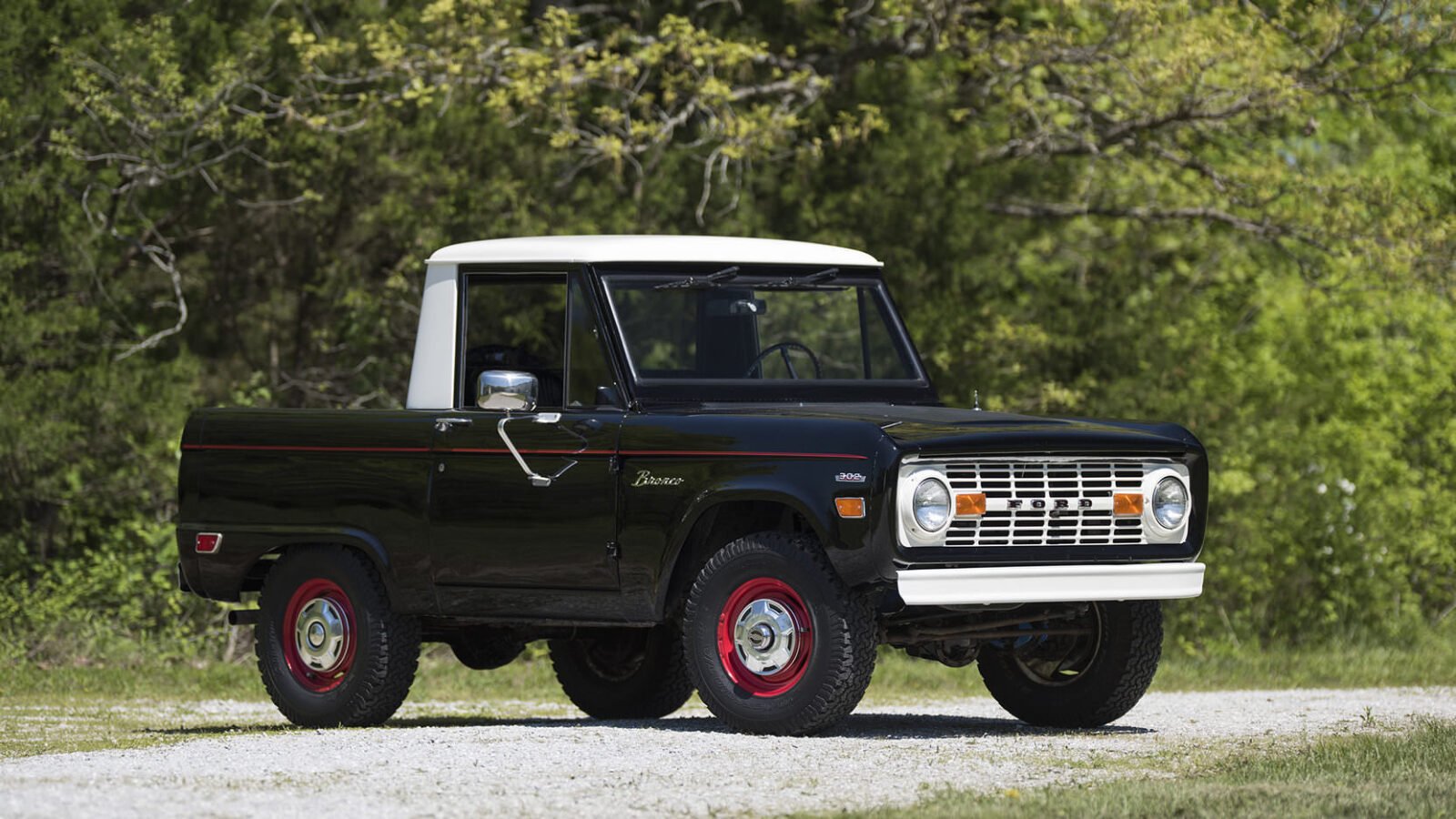 The Ford Bronco Half Cab was a rare version off the iconic 4×4, just 2602 were built in 1967, as the overwhelming majority of buyers opted for the slightly more practical wagon body style. Officially called the Bronco Sport Utility Pickup, the motoring public quickly nicknamed it the “Half Cab”, and today this is the name that’s almost universally used.

The Story of the First Generation Ford Bronco

The original concept for the Bronco came from Ford Product Manager Donald N. Frey and Vice President Lee Iacocca. The design itself was done by a team led by Ford Engineer Paul G. Axelrad and the designers kept everything as simple as possible, with heavy use of parts from vehicles that already formed Ford’s product line-up. The chassis was a conventional box-section ladder frame with rear suspension being a Hotchkiss type live axle with leaf springs. For the front suspension Ford did not use leaf springs like their competitors but used a coil spring setup which they called the “Cushion Beam”. The Bronco used front and rear axles from the F100 and brakes were drums all around. 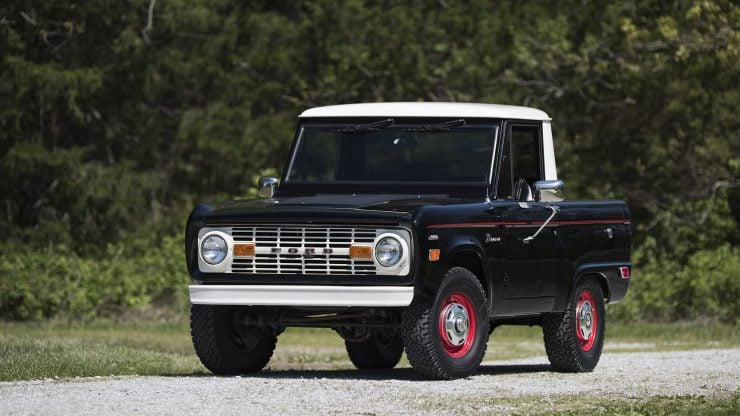 The original engine used in the First Generation Bronco was the 170 cu. in. in-line six cylinder as used in the popular Ford Falcon and Econoline light trucks. This engine required some modification to make it suitable for a four wheel drive; the engine was given solid valve lifters, and heavy duty fuel pump, carburetor with floats that would not be adversely affected by operation at steep angles, an oil bath air cleaner for dusty operating conditions, and an increased capacity oil sump. The gearbox was an off-the-shelf three speed all synchromesh unit which was mated to a Dana 20 transfer box. The gear shift was on the column for early models in part to ensure the middle front seat could be used comfortably, and because American drivers were very familiar with this system. The front differential chosen was a Dana 30.

Early publicity for the Bronco was done by Bill Stroppe who put together teams to use Broncos to compete in the Mint 400, Baja 500 and the Mexican 1000 (later re-named the Baja 1000) in 1969. Ford’s successes in these events led to the creation of the Baja Bronco in 1971. Ford’s participation in competition ensured the Bronco became something of a household name.

The first generation Ford Bronco was kept in production from 1965 until 1977, over which time the model was progressively updated with different engine and transmission options, including automatic transmission and some V8 engines. The first generation Ford Bronco proved to be easy to work on which means it was also easy to modify. These cars remain to this day a popular subject for restomod creations.

Ford has announced that the Bronco will return to production in 2020 and we wait with baited breath to see what they come up with. Will it be a more practical car than the much anticipated new model Land Rover Defender? Enthusiasts are hopeful that the new model will be a return to the hands-on simplicity of the original first generation.

The Bronco you see here is one of just 42 built in 1969 in this color combination and it was sold new at Jess Hunter Motor Company in Pueblo, Colorado. As it was built in late ’69 it benefits from the switch to electric windshield wipers, and it’s still fitted with its original 3-speed manual transmission.

If you’d like to read more about the Bronco or register to bid, you can click here to visit its listing with Mecum. 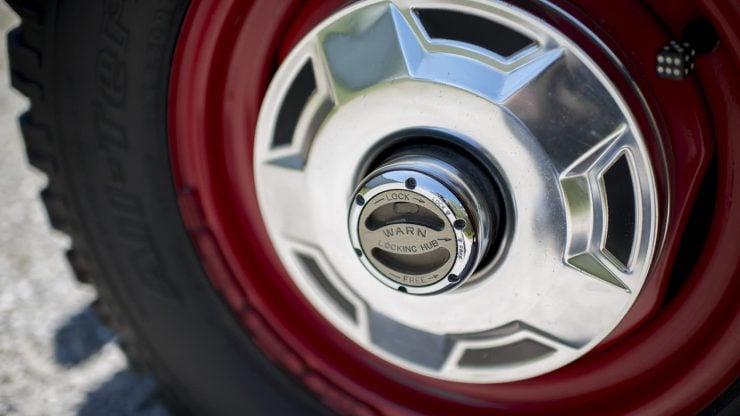 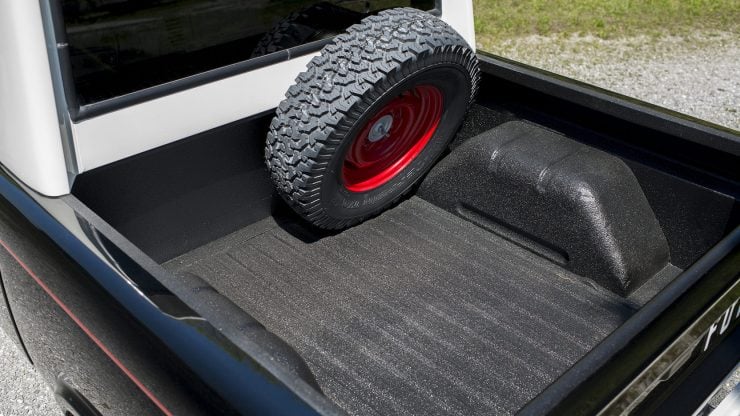 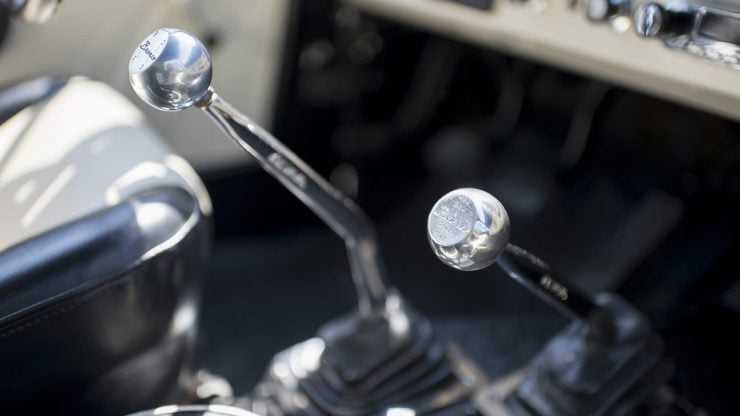 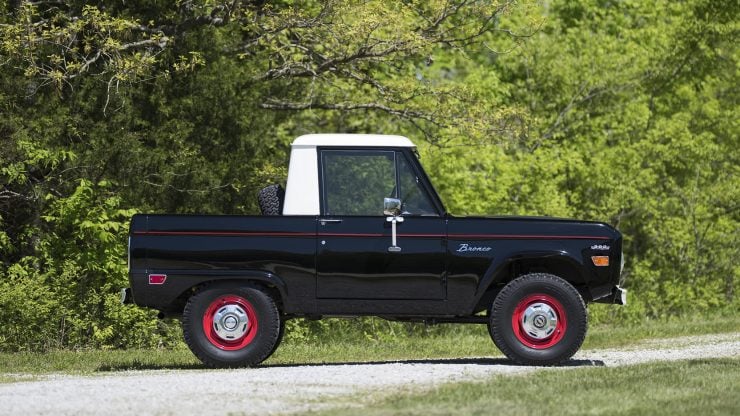 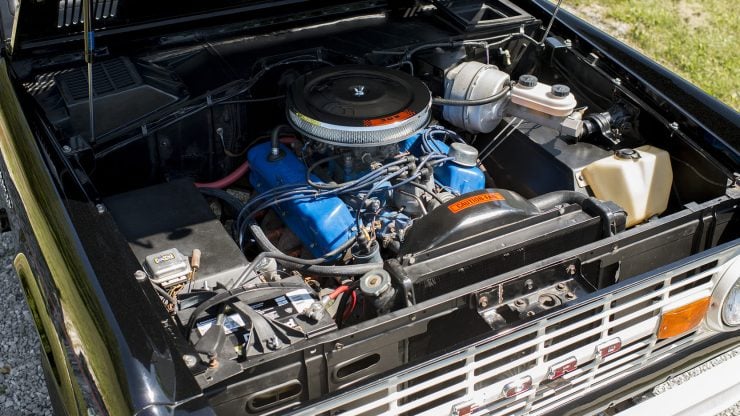 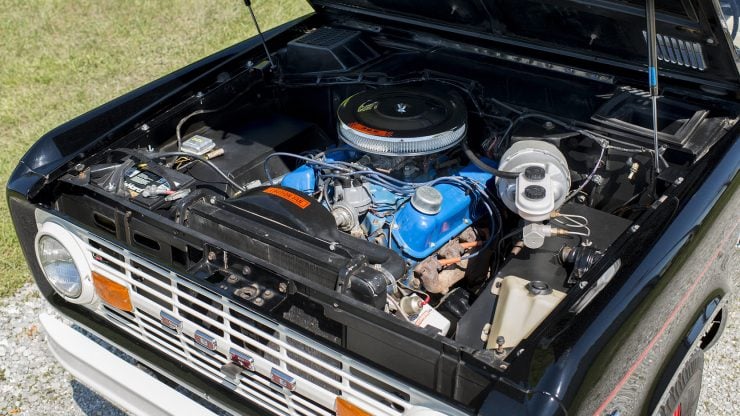 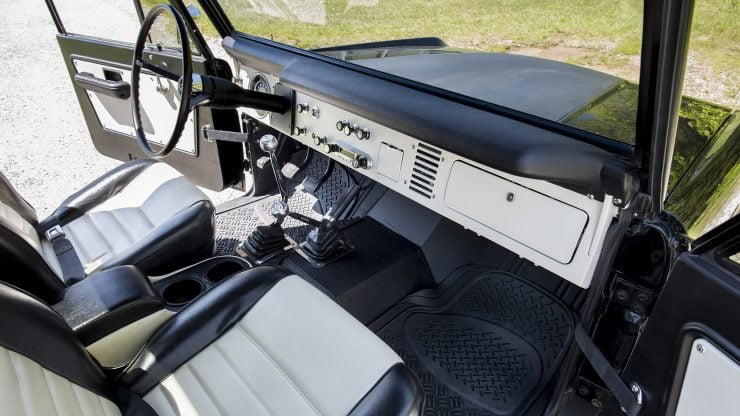 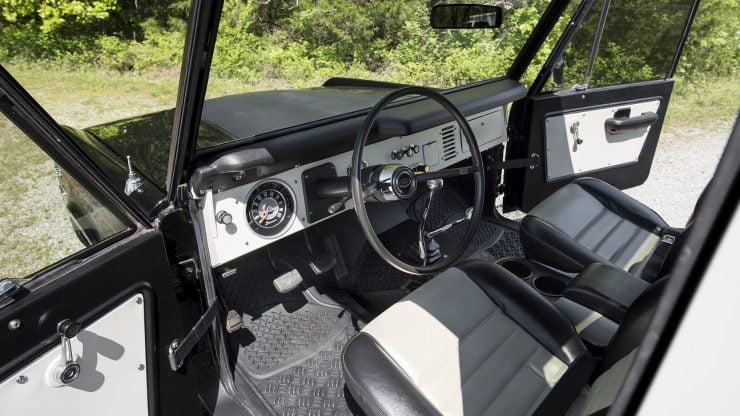 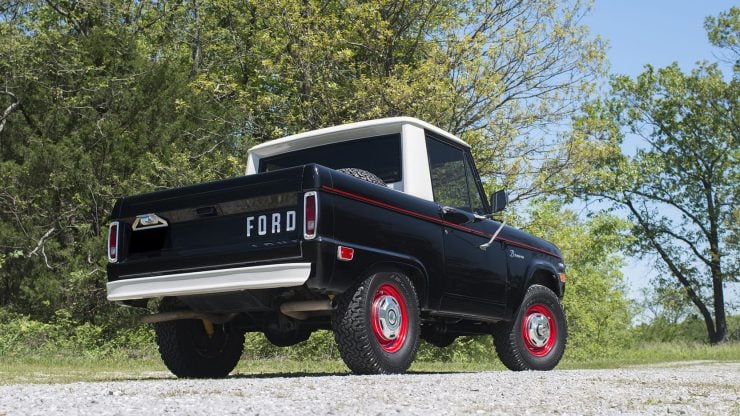 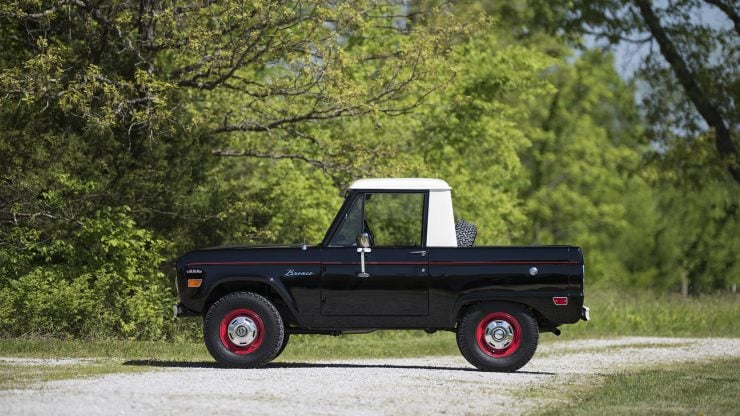 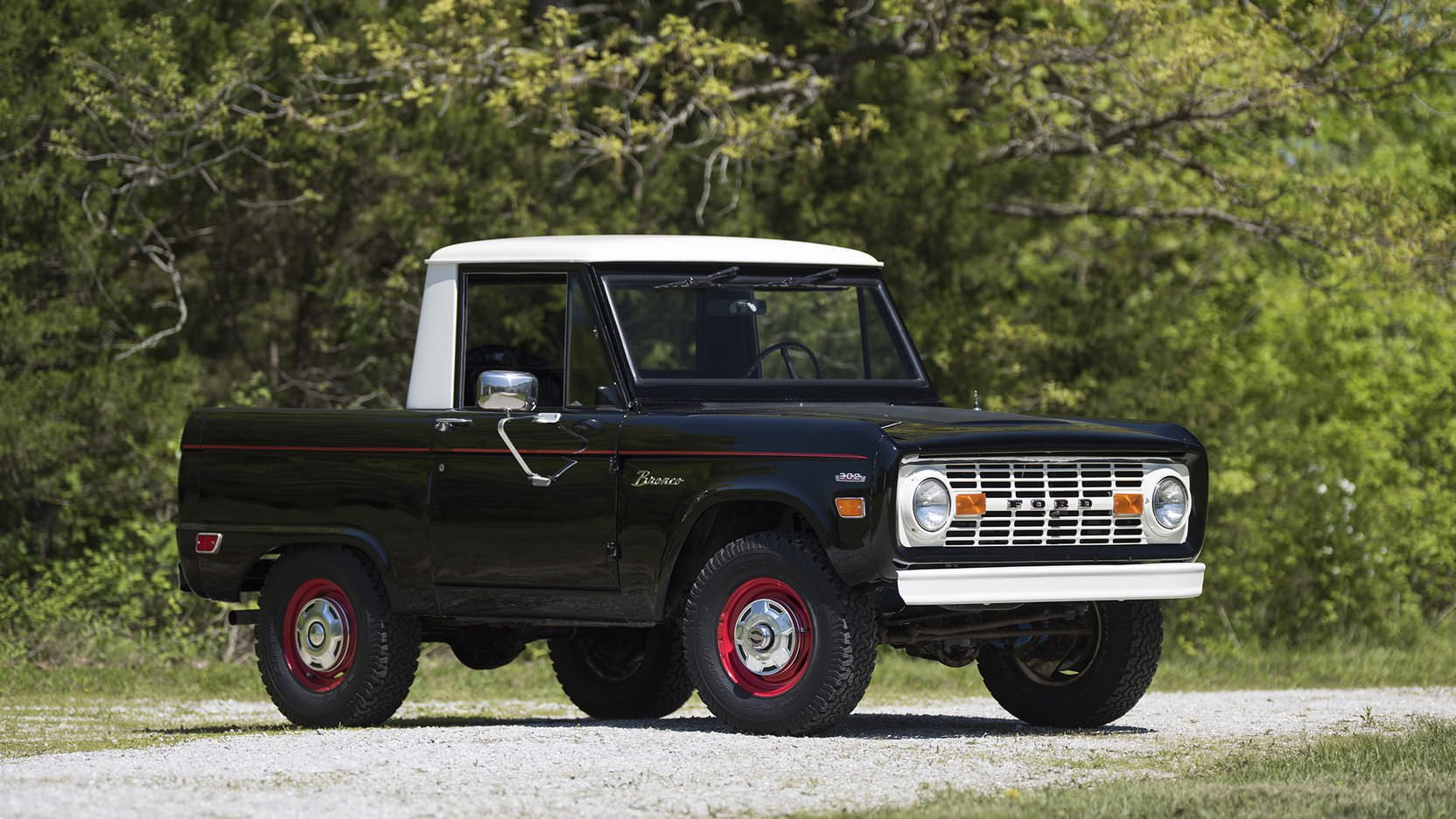