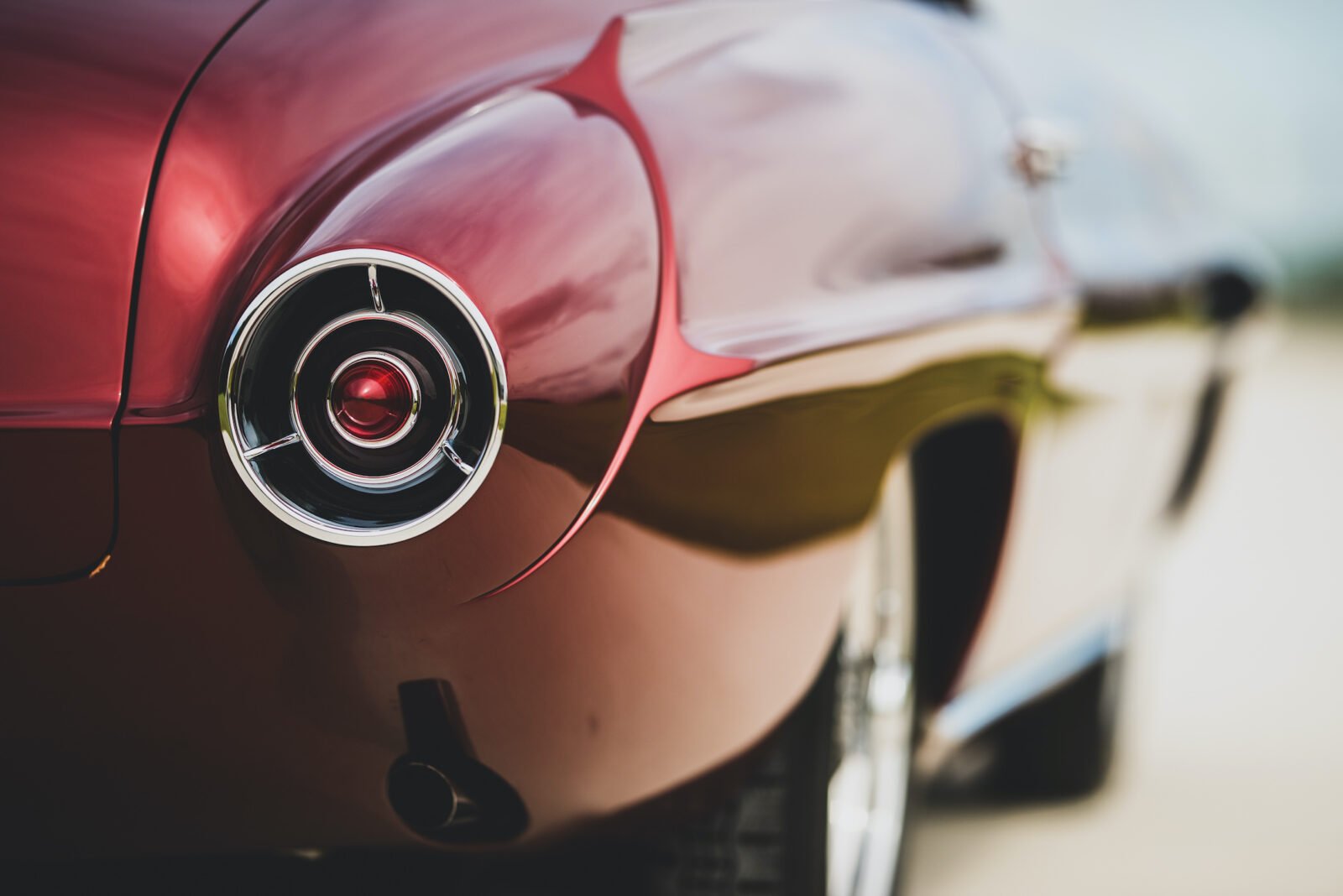 This is one of just 15 Fiat 8V Ghia Supersonics that were built, the Supersonic design was penned by Giovanni Savonuzzi for an Alfa Romeo 1900 that raced in the 1953 Mille Miglia, and its beautiful styling has been captivating people ever since.

The sleek design of the Supersonic won Savonuzzi fans around the world, a number of special coachbuilt versions of the car were created in the 1950s on period sports car chassis including the Fiat 8V, the Jaguar XK120, and the Aston Martin DB2/4.

There are those in the automotive community who point to the Ghia Supersonic as the most beautiful car of all time, it’s also included on many top 10 lists alongside other popular choices like the Jaguar E-Type, the Ferrari 250 GTO, the Lamborghini Miura, and other luminaries. 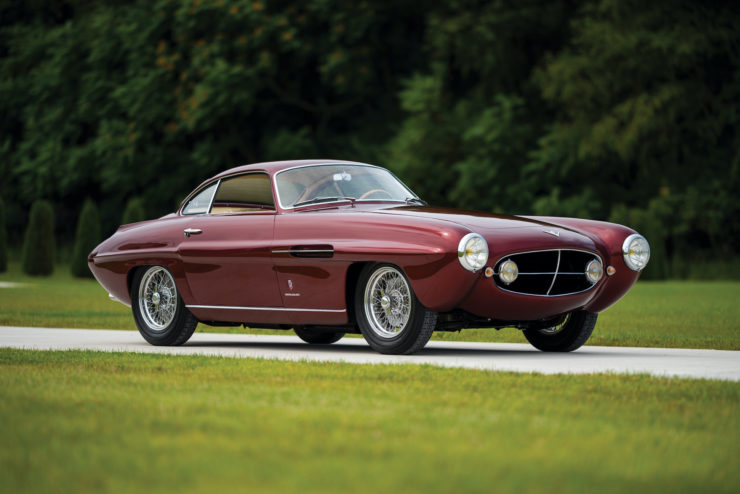 The styling of the Supersonic is perhaps the most pure example of jet age styling extant, the concept of supersonic flight was still relatively new – Chuck Yeager had piloted the Bell X-1 to record the world’s first supersonic flight in 1946 just a few years before Giovanni Savonuzzi created his most famous design.

In the early 1950s the world was abuzz with excitement about the jet travel, space exploration, and there was a remarkable surge in new technologies. The Ghia Supersonic was a child of its time and today it’s looked upon as the distillation of the age.

Savonuzzi had originally designed the body to race, so aerodynamics were a paramount concern. He created a two-door sports car design that borrowed heavily from high-speed jet design from the era, the front grill looks almost like a jet intake, the horizontal line down each side of the body look a little like wings, the tail lights look like jet exhausts, and the cabin looks similar to a fighter jet cockpit. 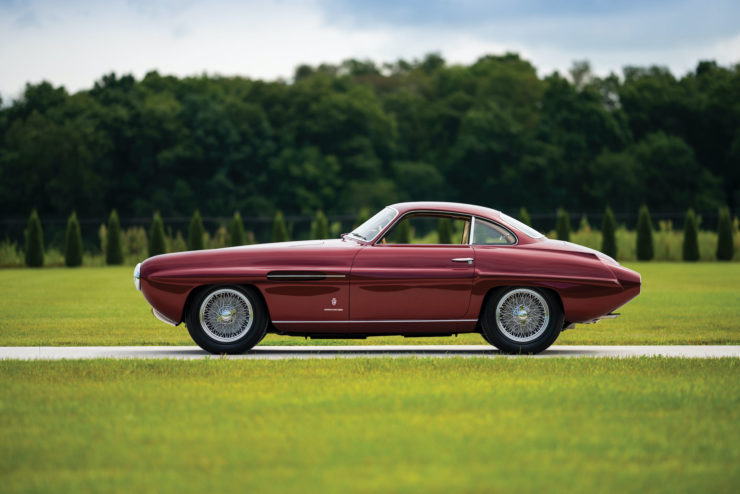 Interestingly a few years after Ghia built their Supersonics a young Swedish designer named Pelle Petterson who was working at Ghia developed a new car design that took some styling cues from the earlier Savonuzzi design. It was called the Volvo P1800 and it was a radical departure for the Swedish automaker from their more staid and practical car designs.

Surviving Ghia Supersonics now change hands for prices in the low seven figures, they’re highly prized in the car collecting community and many automotive enthusiasts consider themselves lucky just to see one in real life.

The car you see here is a Fiat 8V Ghia Supersonic from 1953, it’s one of just 15 that were built and it has a remarkable story behind it.

The car was ordered new by General Motors designer Henry de Segur Lauve, a concept artist behind the original Corvette prototype and other significant cars. He had attended the 1953 Paris Auto Show where the Supersonic had its debut and he was so struck with it that he spent a not-insignificant sum to order his own and have it shipped back to the United States aboard the SS Constitution. 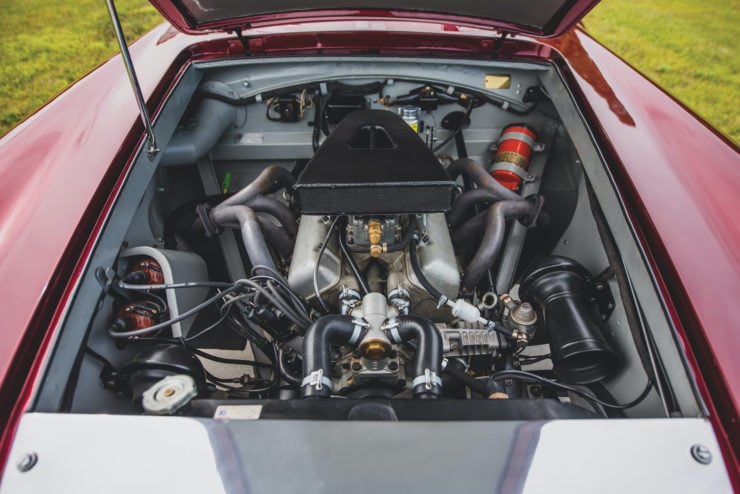 Mr Lauve drove the car so much he began to face issues with reliability, after mentioning these issues in a letter to Fiat he received a reply containing an incredulous message that the 8V had never been designed as a daily driver but as more of a road legal race car.

Nevertheless Fiat sent Lauve a new engine, though over the course of his ownership he did also fit a Chevrolet 283 V8 which would have offered a notable performance bump over the smaller Italian V8.

The car is coming up for auction next month, it’s now fitted with a correct Fiat 8V engine and it’s one of the more famous of the surviving Supersonics due to its interesting history. If you’d like to read more about it or register to bid you can click here to visit the listing on RM Sotheby’s. 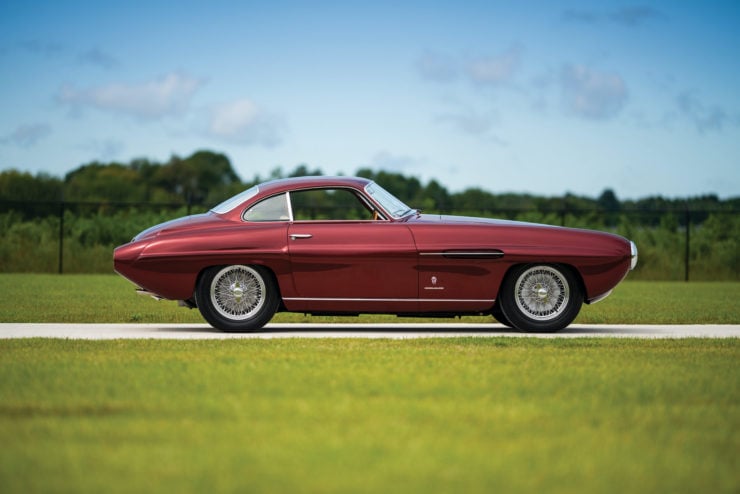 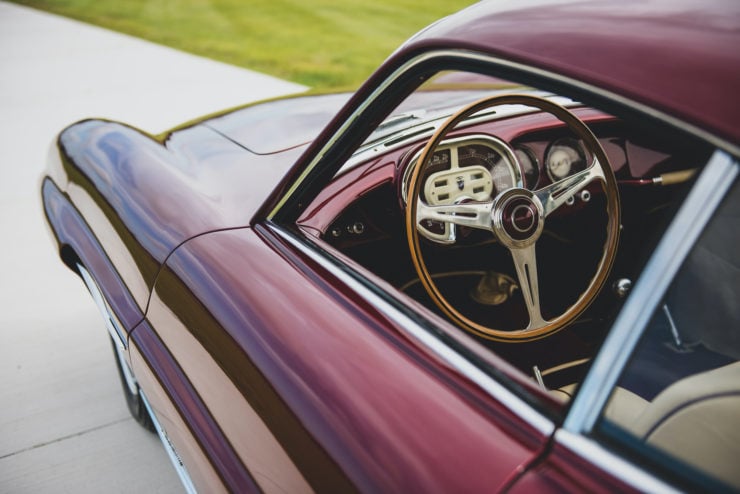 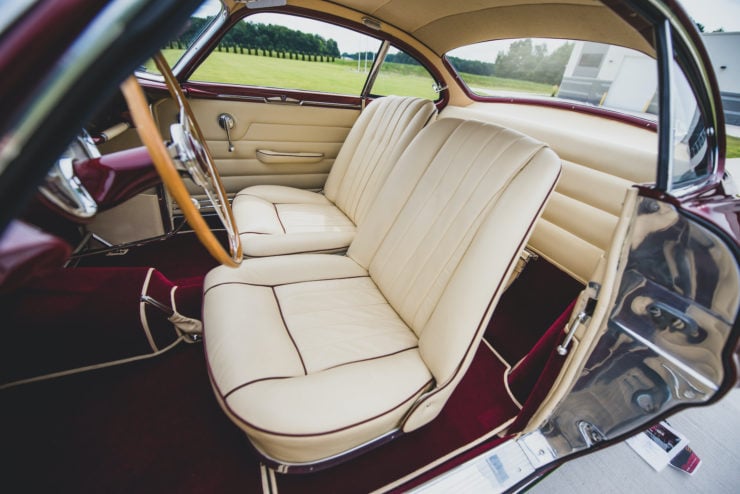 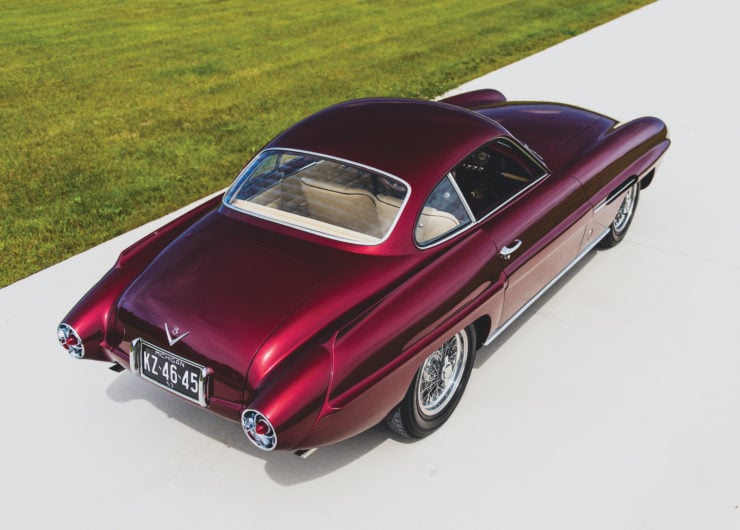 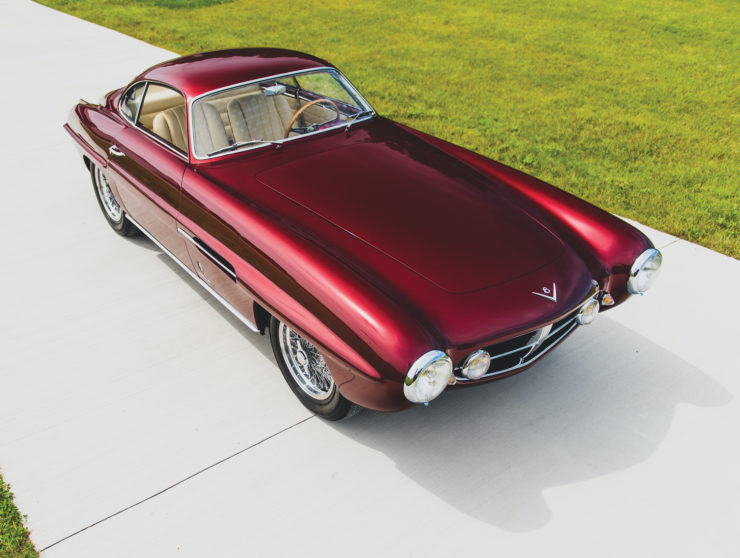 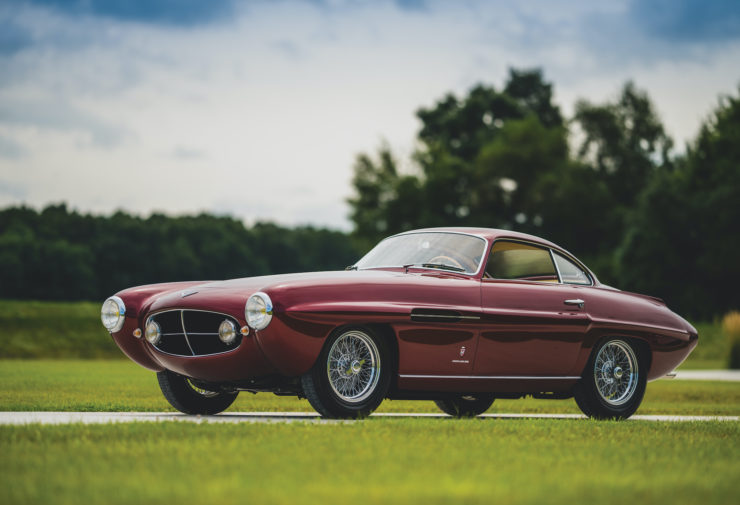 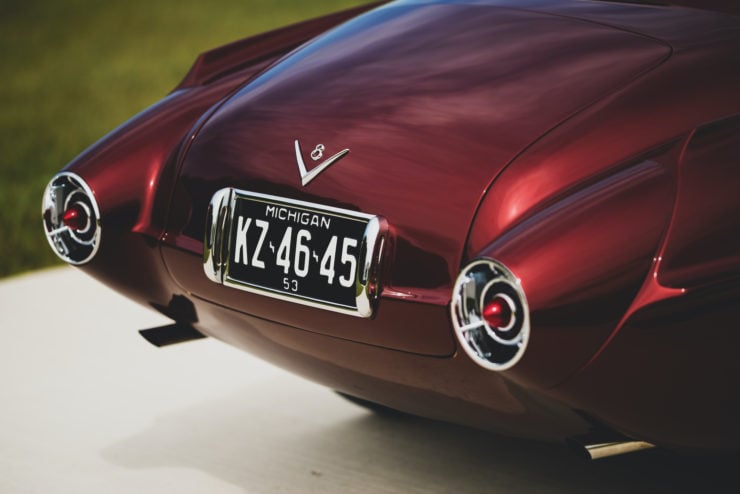 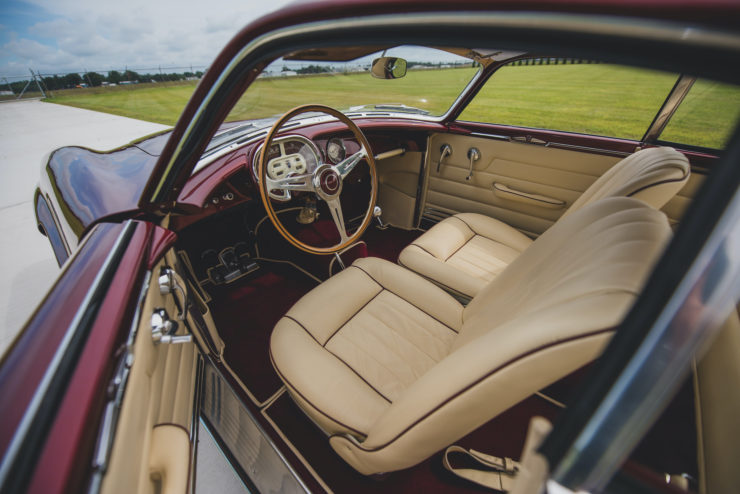 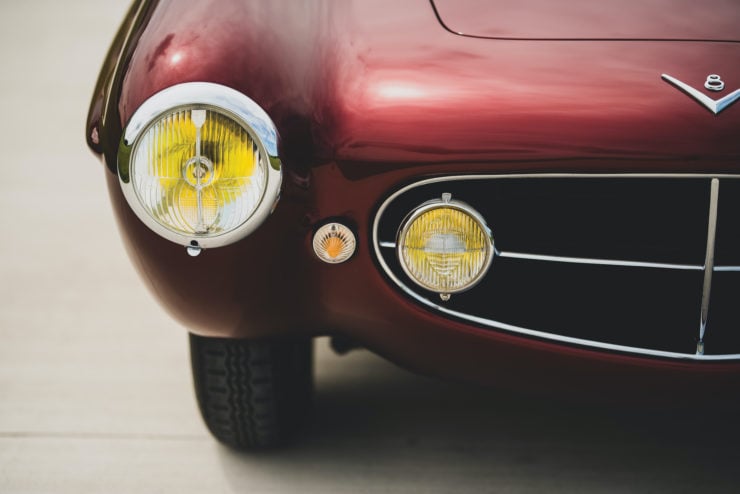 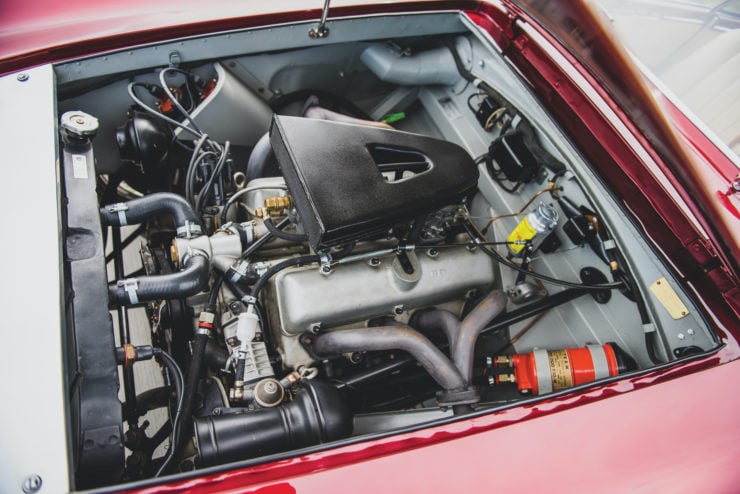 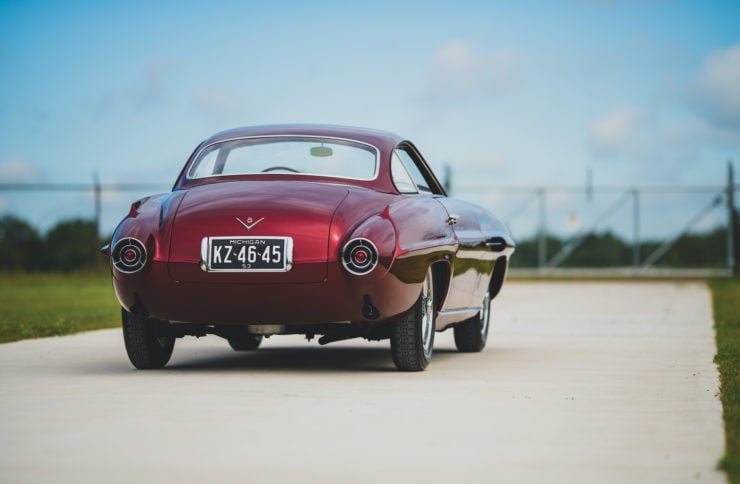 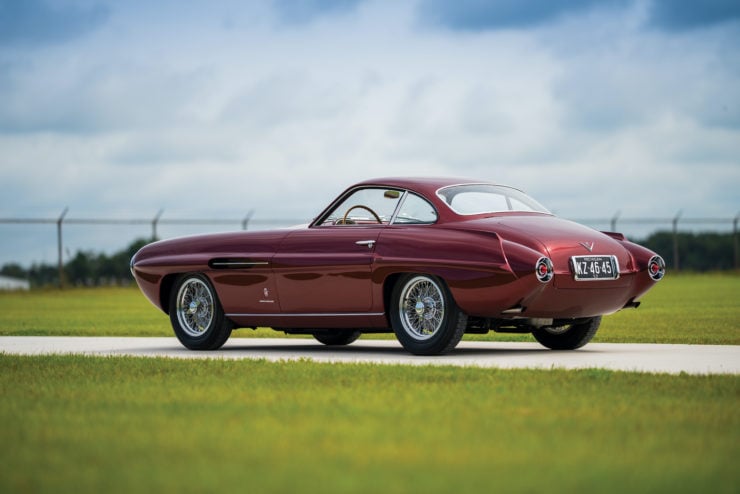 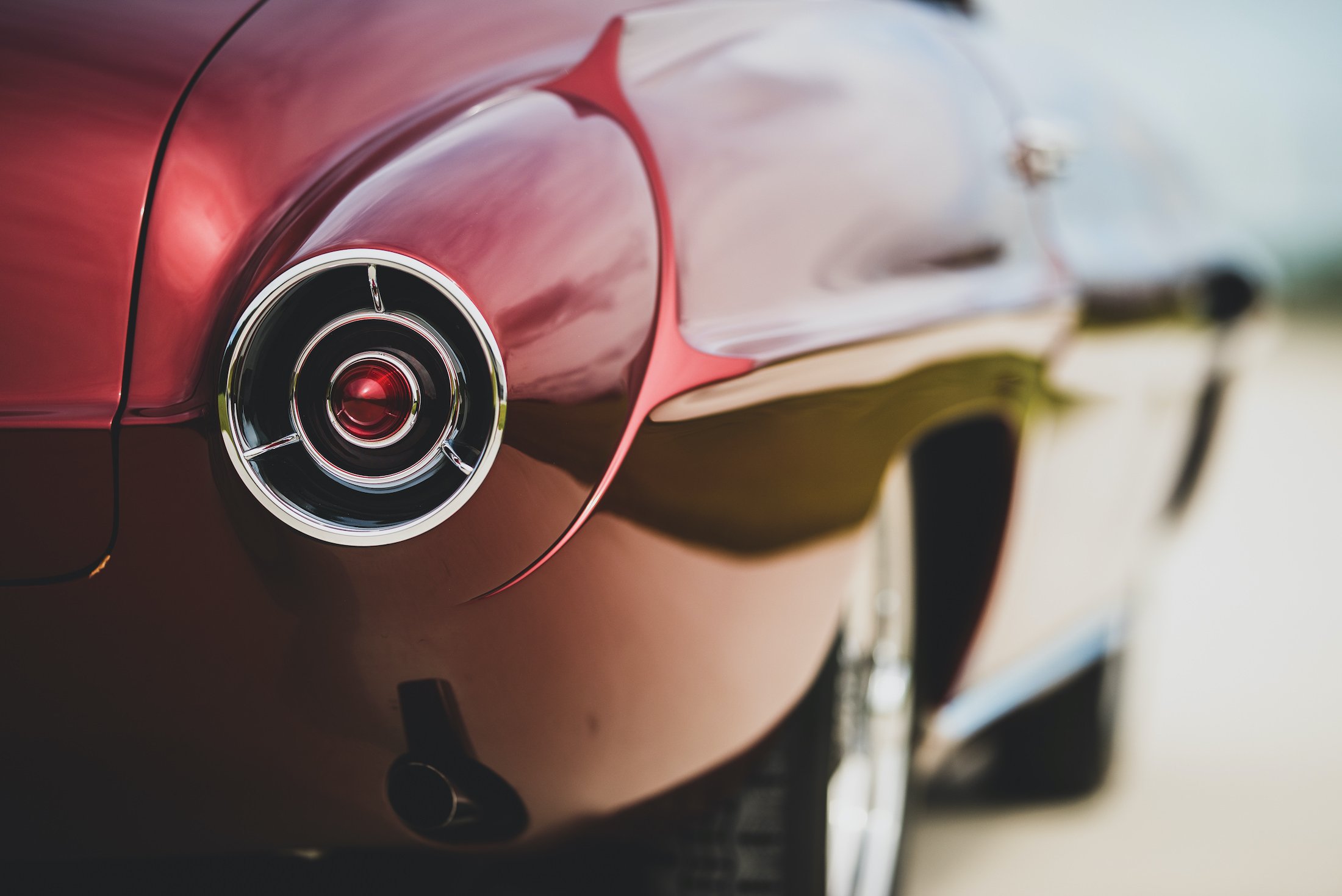 Facebook Twitter WhatsApp Email   There are few, if any, concept car series as famous as the Alfa Romeo BAT trifecta – three one-off…

Facebook Twitter WhatsApp Email The BMW 325 iX was the first BMW road car to be offered with all-wheel drive, it was first released…

Facebook Twitter WhatsApp Email This is an exact reproduction of what is widely regarded to be the world’s first production automobile, the Benz Patent-Motorwagen. It…

Facebook Twitter WhatsApp Email This is the Beachrunner, it’s the first in what will be a series of restorations by the team at Oliver…

Facebook Twitter WhatsApp Email The Land Rover Lightweight 1/2 Ton, also known as the Airportable, was a special version of the Series 2A and…

Facebook Twitter WhatsApp Email Limited100 was founded in 2020 by Simon Wright with a single purpose in mind, to create an entirely unique series…